This sketch was interesting as it combines man-made structures with organic structures. To distinguish the two, I decided to make the lines on man-made structures straight and hard (except for the books) and the lines on organic structures curved and soft. I think this decision was influenced by Kandinsky's reading, in which Kandinsky associated certain lines with certain temperatures. Using this technique, I decided that the curved lines gave off a softer, warmer feeling while the straight lines seemed hard, cold, rigid. This was intentional, as organic structures, like a human body, give off heat while man-made structures don't. This is especially important in this sketch, because I wanted to portray the emotion of "stressed". I think portraying the desk and chair as harsher, colder objects definitely helped achieve this goal, because it places this one warm, organic figure in a cold environment, which in turn makes her seem alone, overwhelmed, outnumbered, and thus stressed.

I also experimented with the connection of lines, since Kandinsky stressed the importance of angles made by lines. For example, the subject's elbow is the only place where I have chosen to depict the angle between two lines, and not the lines themselves. I think this decision gave the elbow a much softer look, since the angle is rounded and acute (as opposed to a sharp, obtuse angle that appears disconnected and aloof). I would conclude that this experiment with angles was a successful one, although I wish I had used it more on this subject. 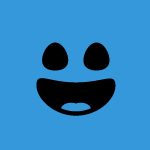 Overall I think this is a good composition.
While I do agree that by including the rigid environment with the softer human body creates an interesting contrast, but personally it doesn't seem as stressed to me. This might be because although there is a contrast, the human isn't really affected by the harsh rigid environment - they aren't really being consumed by it. Personally I would have liked to see some alterations to the human form due to these man-made factors. Another interesting though might be that stress itself could be considered man-made as well - it's a manifestation of our fears and anxieties that stem from within ourselves, so maybe there could have been some representation of that somewhere.