Made by Stephen He

For this project, I selected Hans Zimmer's Time.

Time was featured in the soundtrack of the 2010 movie Inception. At the time of its release, I was fascinated by the movie. The skillful cinematics of the movie was memorable, but the thing that stuck in my mind long after I left the cinema was the breathtaking soundtrack. Time was my favorite piece from the movie, and still remains one of my favorite movie songs of all time. I chose this song because not only because I love it, but also because I believe it is capable of stirring strong emotions in its listeners.

Time brings about a sense of nostalgia in me. It seems bittersweet in its tone. It gives off a sense of sadness, but this sadness is not out of regret. Instead, the sadness gives way to excitement for the future. This two-sided nature of sadness is emphasized by the two-toned melody that dominates the song. 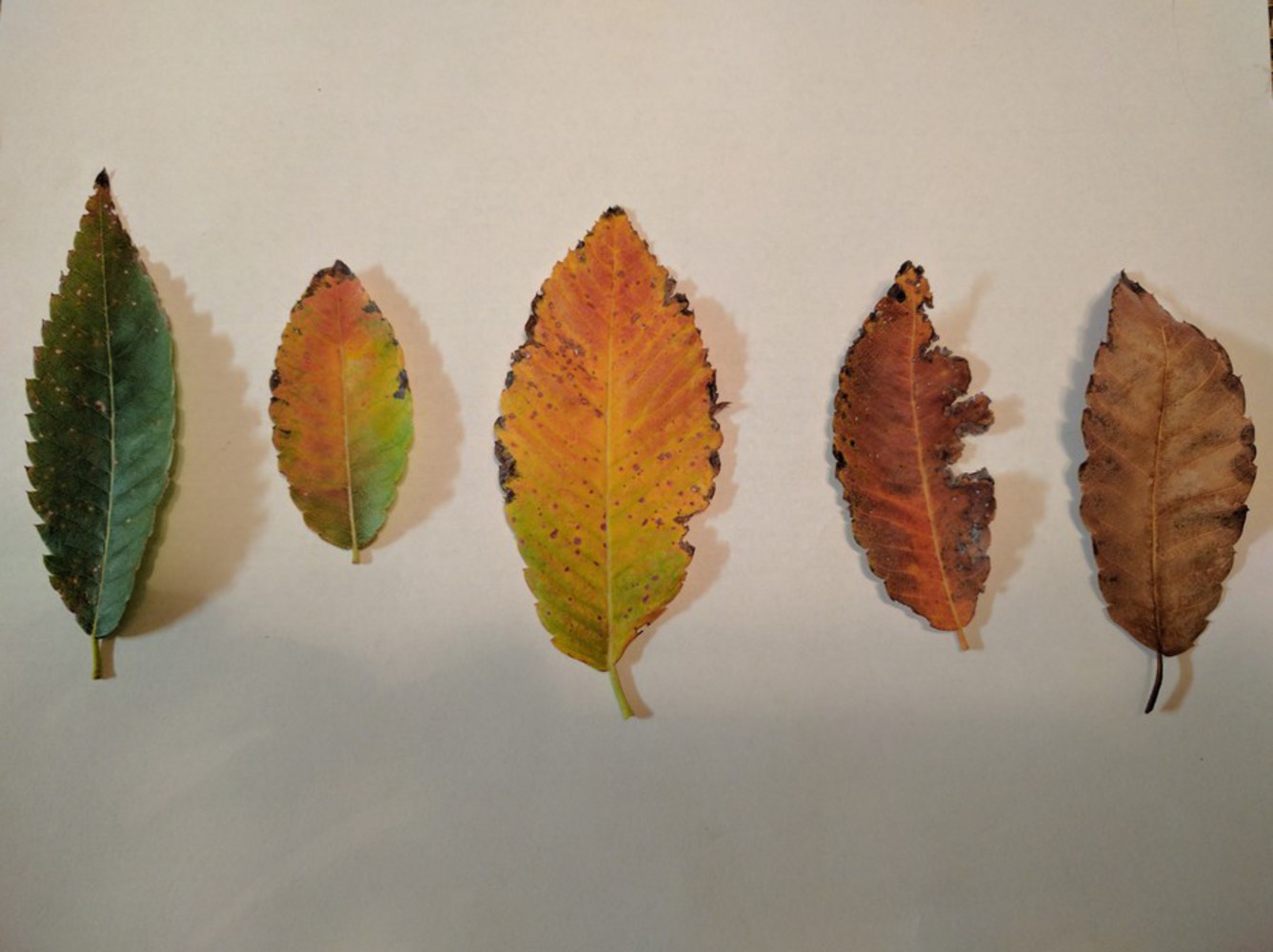 What was the final representation. What did you create? What is it composed with (materials, shapes, forms)? Describe the textures, colors, etc.

The final representation was a series of leaves laid against a white background. It is composed of leaves found from CMU campus.

The leaves are of the same tree, but of different colors. The leaves are initially healthy and green, and then progressively become more decayed and worn. The leaves make a spectrum, going from a dark green to a cardboard brown.

How did you approach the assignment and re-creation of the work in a physical medium? Cite examples that informed your approach

Initially, I wanted to get the concrete emotions that the song represented. To do so, I listened to the whole song multiple times, and wrote down things that I thought of afterwards. Additionally, I asked multiple friends to give me words and emotions that they thought the song represented. After collecting responses from myself and others, I decided that the overall theme of the song was of nostalgia.

I thought of ways to represent nostalgia, and initially I wanted to create a broken hourglass. I had a way to get broken glass, but I could not locate a source of sand. As a result, I switched to another plan. Instead of using a literal figure of time, I went with leaves because leaves show the progression of time by color. I thought this would be a great way to symbolize the passing of time because color is distinct and directly noticeable.

I was inspired in part by Notations 21. In it, Theresa Sauer attempts to reveal the emotions of over 100 composers and musicians and how they are experiencing music visually. I wanted to incorporate the emotions of a group of people, so I seeked the feedback of others in creating my art.

I think I successfully captured the sense of time passing in my art, and I think I was mostly successful in capturing the sense of nostalgia. One critique I have for myself is that I should have added a second part that represented the hope and excitement for the future that the song represents. As is, it captures half of the meaning.

The transition from old to new looks nice. It would have been interesting to see a more three-dimensional approach, but this is still an interesting piece. I am curious as to how you would embody the second half of the song that you thought would complete your work. I am also curious if leaves are something that is personally nostalgic to you.