Are our Neighborhoods really safe?

Made by Ankita Patel

Carrying forward the questions asked in warm up exercise, of How true is the fact that less developed neighborhoods, black and Asians and secluded areas are the reason behind crime? I further explore by asking questions of age and sex, by zooming into three neighborhood

To answer this question, I have used the same dataset as in the previous warm exercise and combined with the Pittsburgh Neighborhood’s shapefile from WPRDC’S datasets, to get the political boundaries of the neighborhood.

The major challenge here was using the SQL and to clear cvs data in carto using SQL and finding median age groups and segregation of data in carto. Also data clearing was also a task, as I started representing the segregation of various neighborhood, I realized the points where not marked properly. Thus I had to clear the dataset again. 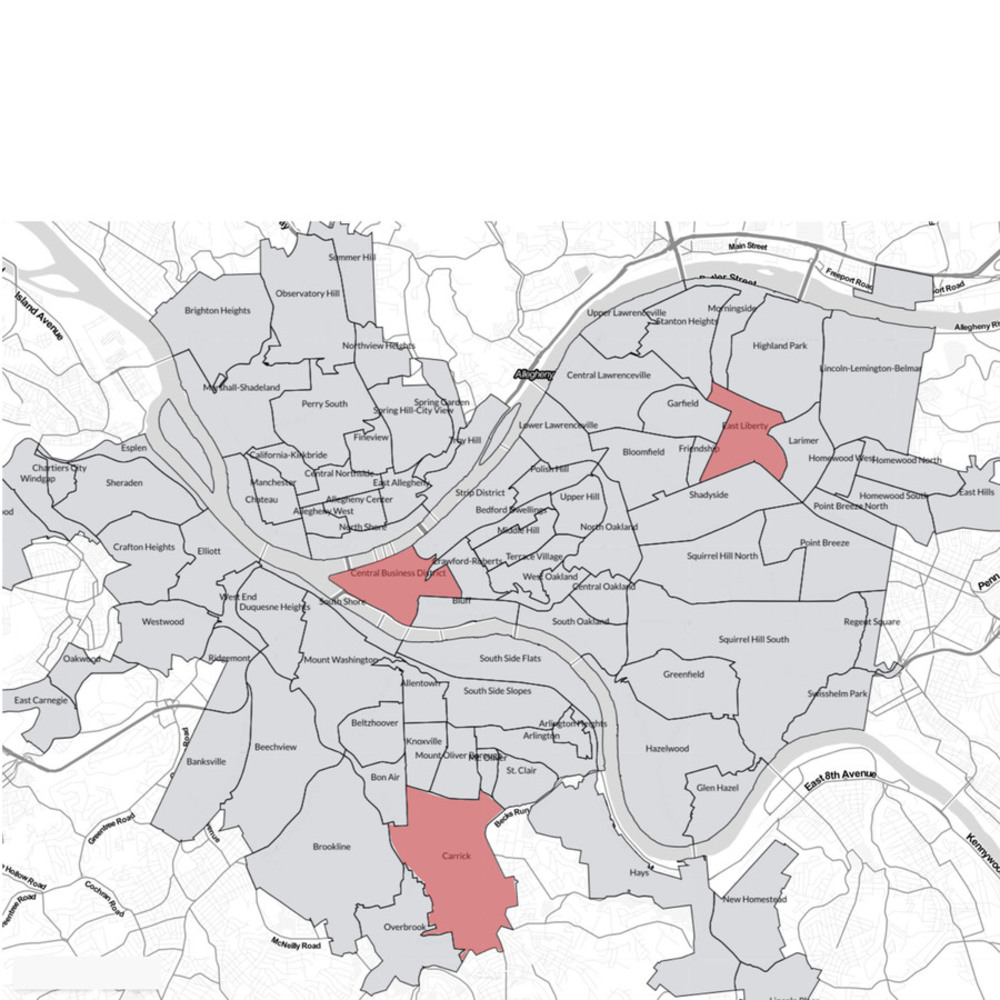 From the last exercise, I identified top three neighborhood which have most number of arrest. The neighborhoods marked in red in the above map are the ones which I further will study in detail. They are namely Central business district, Carrick and East Liberty. 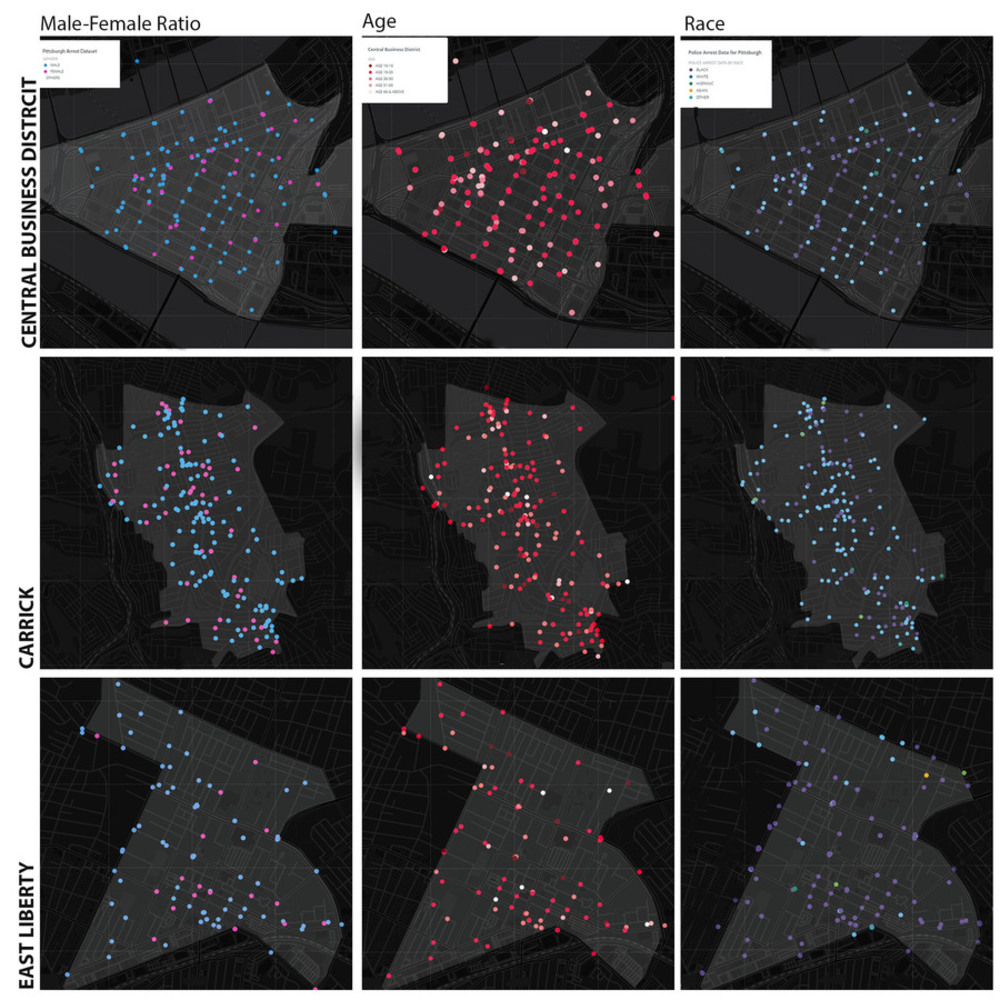 1. One of the most interesting finding is that all these three neighbourhood are distinct. Business district is highly developed, carrick is known for residents for wealthy people and has a good stock of affordale housing while East Liberty is known for crime and underdeveloped neighborhood.

2. From the above matrix, it can be stated that the number of arrest in terms of male female is almost equal in Business district and Carrick while in East Liberty males have more number of arrest.

3. The arrest rate is more common within the age group of 19-35 years in all the three neighborhood.

4. In terms of Race, the number of whites arrested are more than blacks in Carrick while Vise-a-versa in East Liberty. Business district has a near to equal arrest of blacks and whites.

5. There are only handful of Asians and Hispanics.

It can be thus stated that, questions raised earlier stand to be false. The arrest is varied and there is no such trend as the crimes in underdeveloped neighborhood.

The matrix method is very useful when comparison analysis need to be performed.