I wanted to create a cute looking clock for my apartment. I wanted it to reflect my personality so I was looking for inspiration for cute clocks which bring out elements of things I'm passionate about - like sleeping.

Then, I stumbled upon this picture of an owl wearing glasses and sleeping. And I wanted to replicate it because it was cute, it wore glasses like I do and was sleeping! 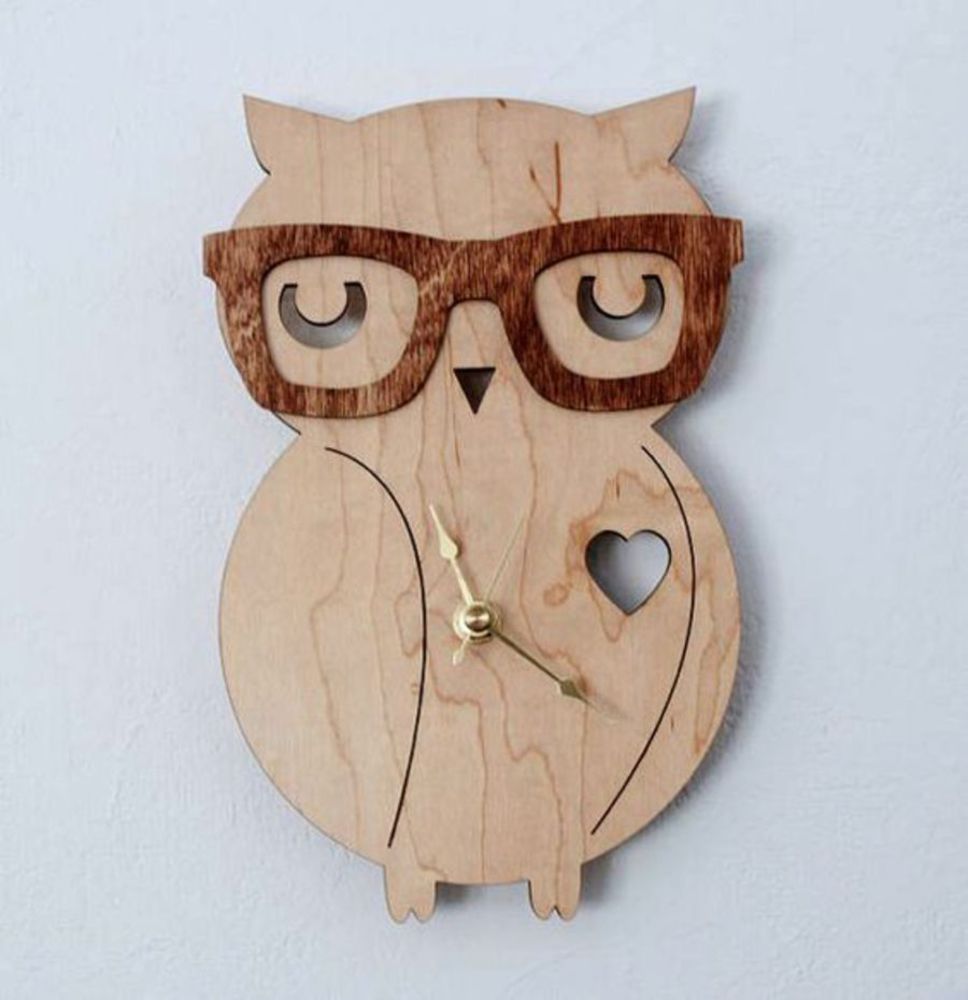 I took inspiration from these projects: 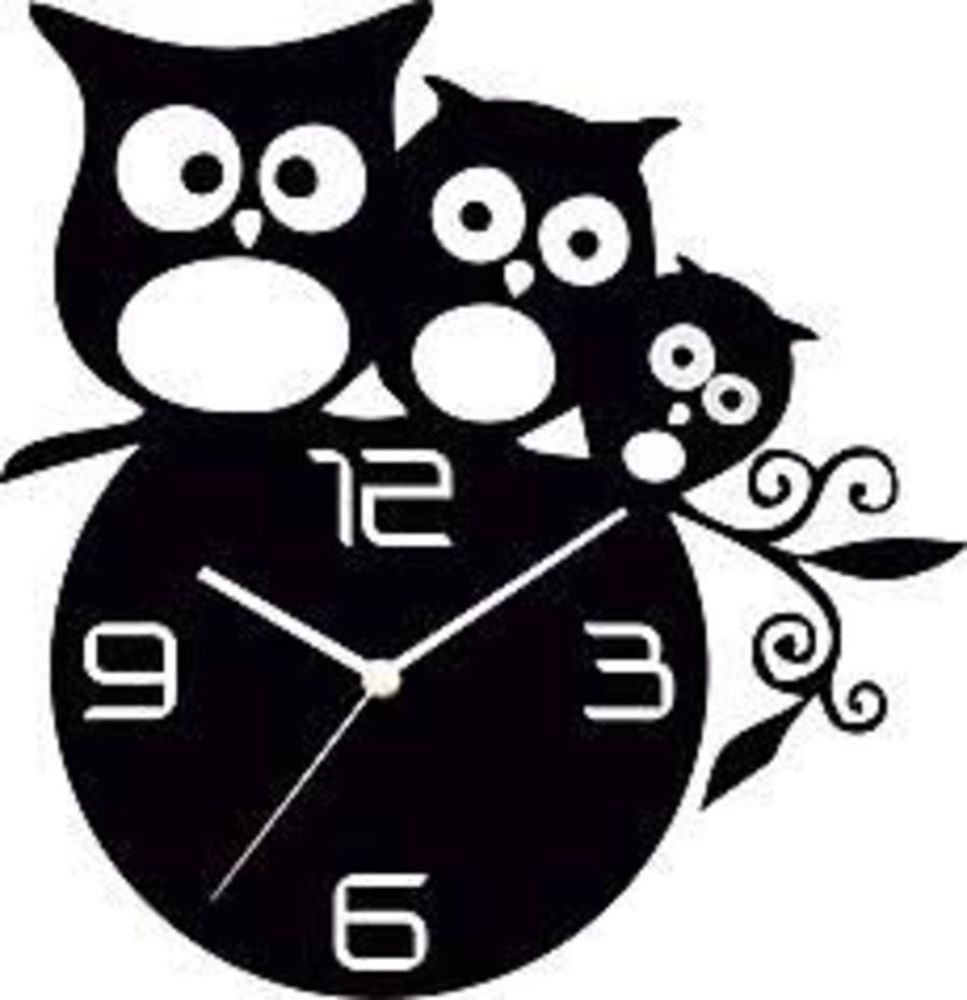 1. I wanted to use two materials to laser cut the clock - a blue acrylic for the glasses and plywood for the body of the owl.

2. I created the design in Fusion 360 mostly with the line, arc and spline tools. Most of the design comprised drawing one side of the owl's features and then mirroring it.

3. The clock was for my personal use and I can read time easily without numbers so I decided not to put numbers on the clock. But then later I realized I had to make use of engraving and scoring in the project, so I included three numbers.

4. Since, my aim from the beginning was to make something cute and funky, I didn't want to use boring and straight numbers only. So, I created the '3' on the right side of the owl with the spline tool to make it look like the owl's wing.

5. I created two dxf files, one for the glasses and one for the body. I tested my dxf files and realized I had made a mistake with the body dxf. The numbers were flipped and on the other side. So, then I laser cut the body again after fixing the dxf file.

6. Lastly, I added color to the needles, numbers, wings to make it more consistent with the glasses' color and to just further on the idea of making it look cute.

Below I have posted screenshots and images of the material, a failed test and different parts of the process. 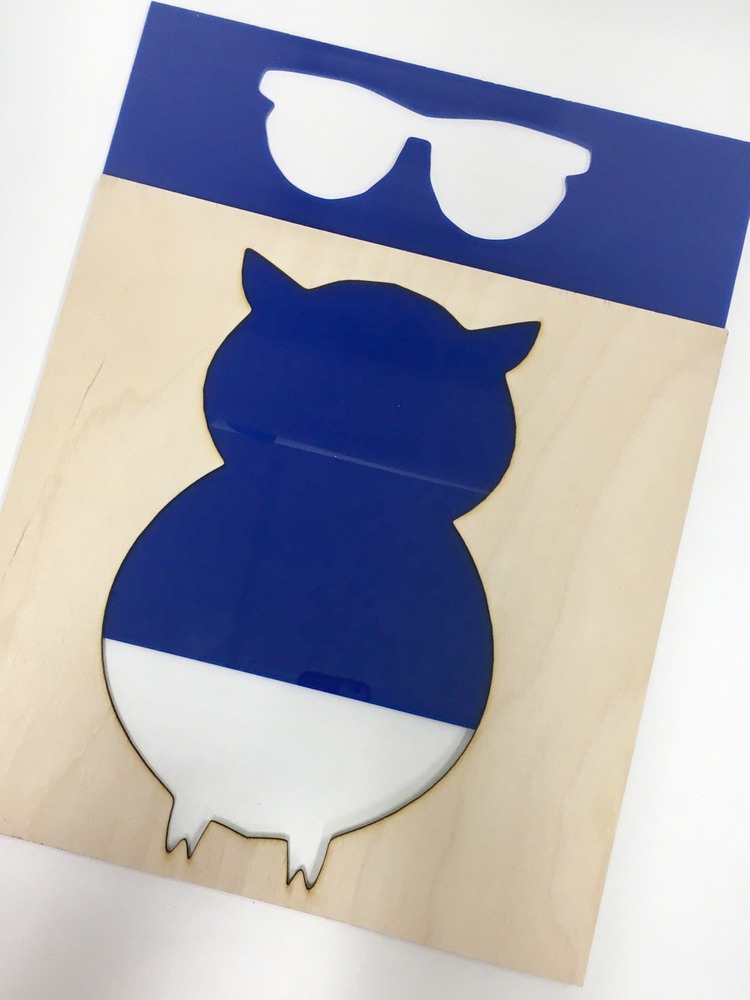 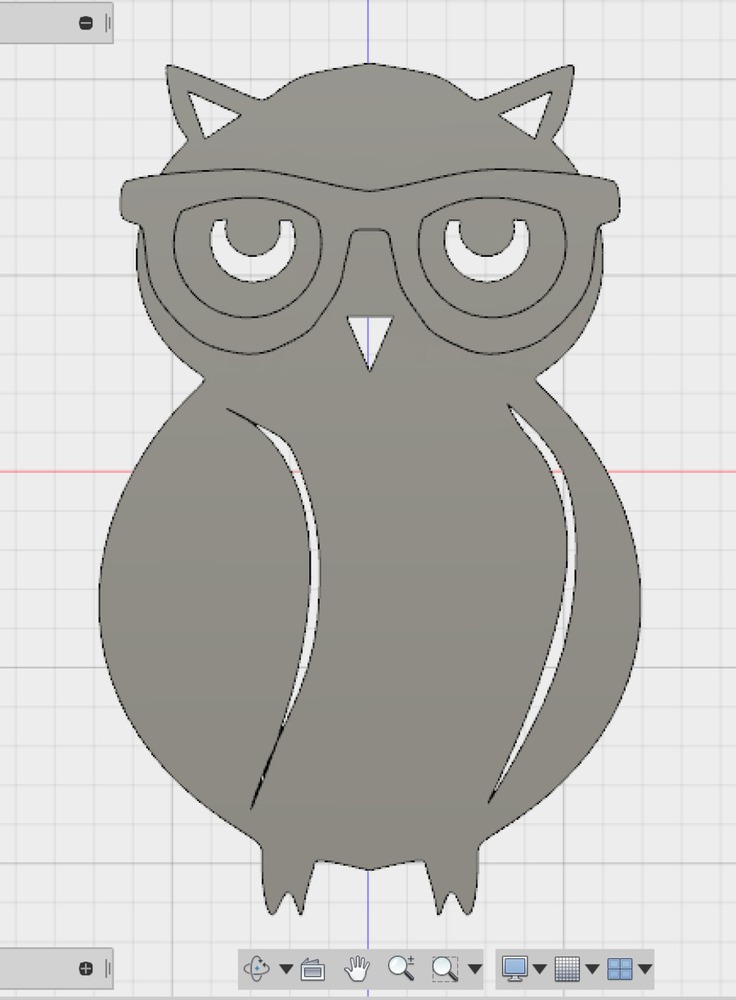 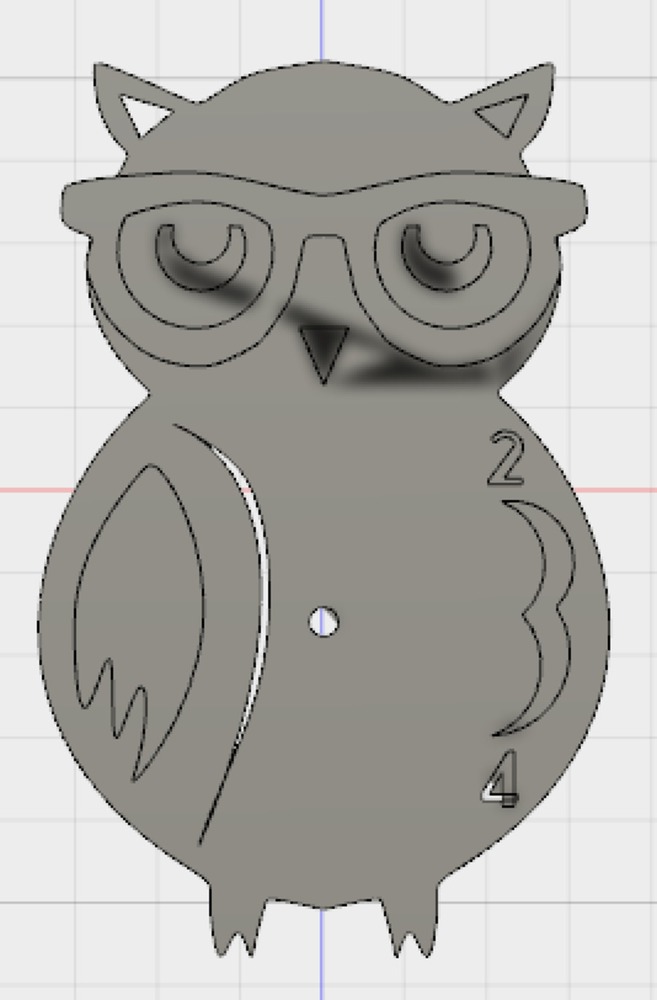 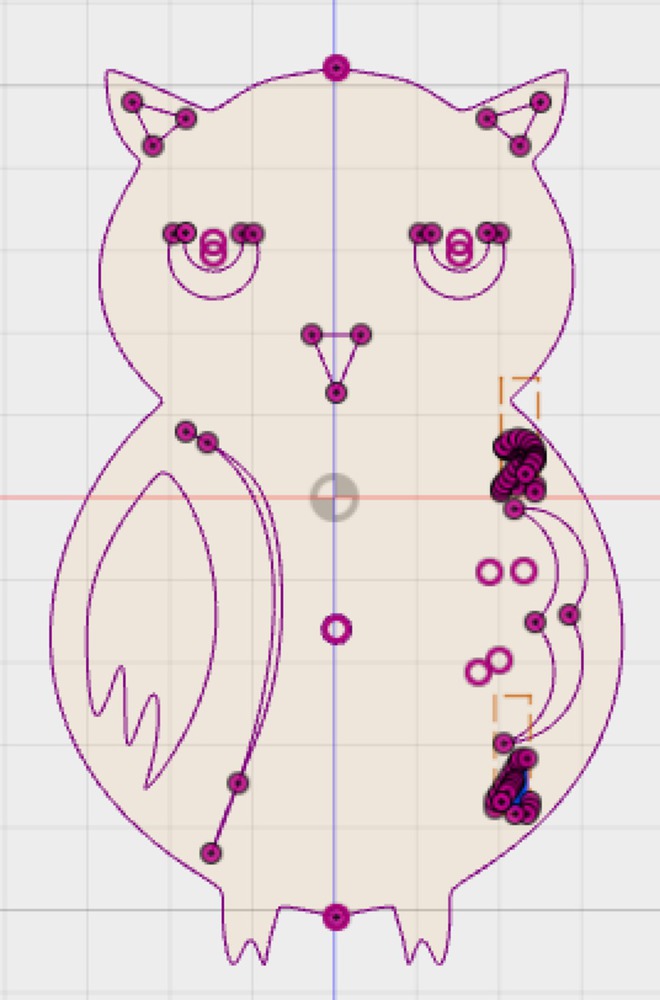 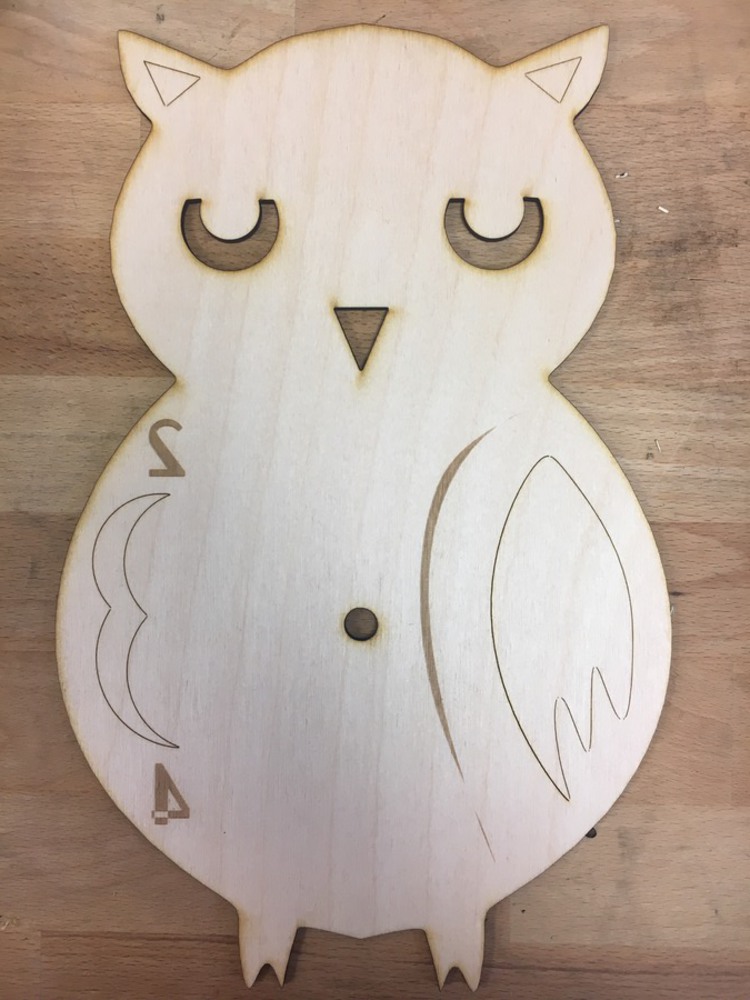 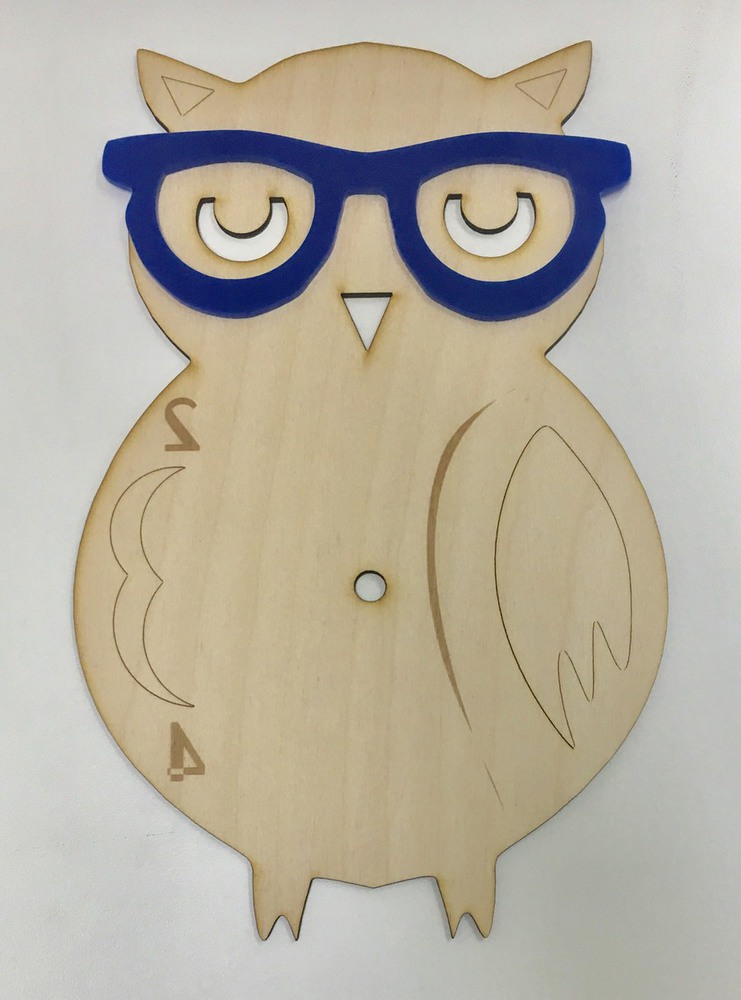 The final product is a cute looking owl (that's what I think :)) wearing glasses and sleeping.

'2' and '4' and the ears have been engraved and colored in and the '3' and the wing have been scored and shaded.

Below are images of it looking cute in different places of my apartment. 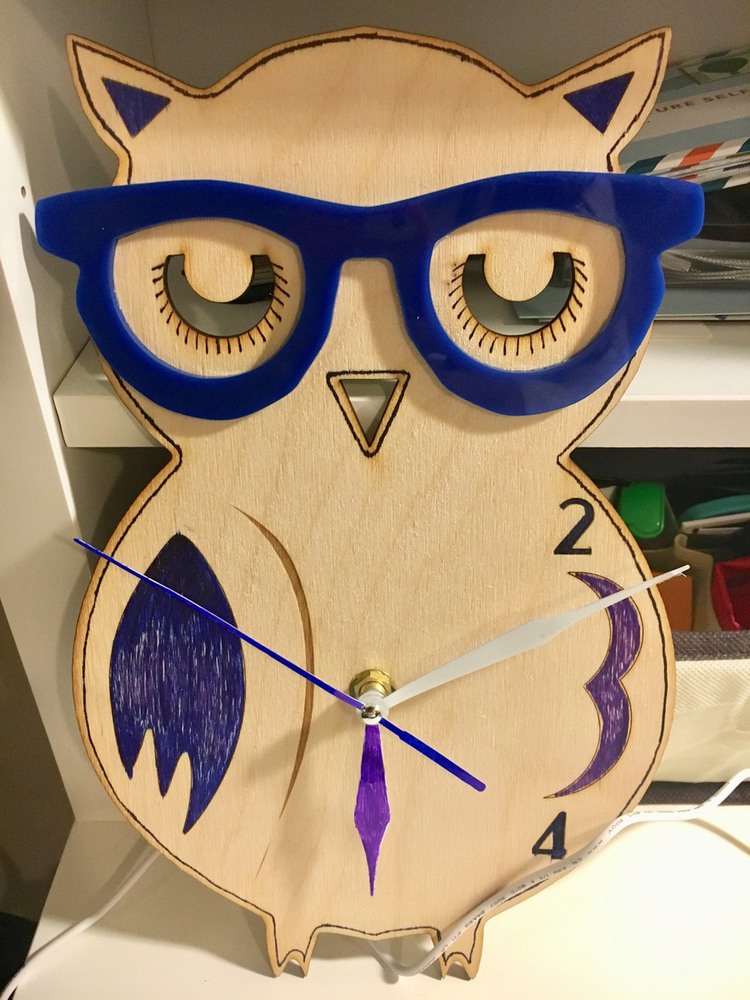 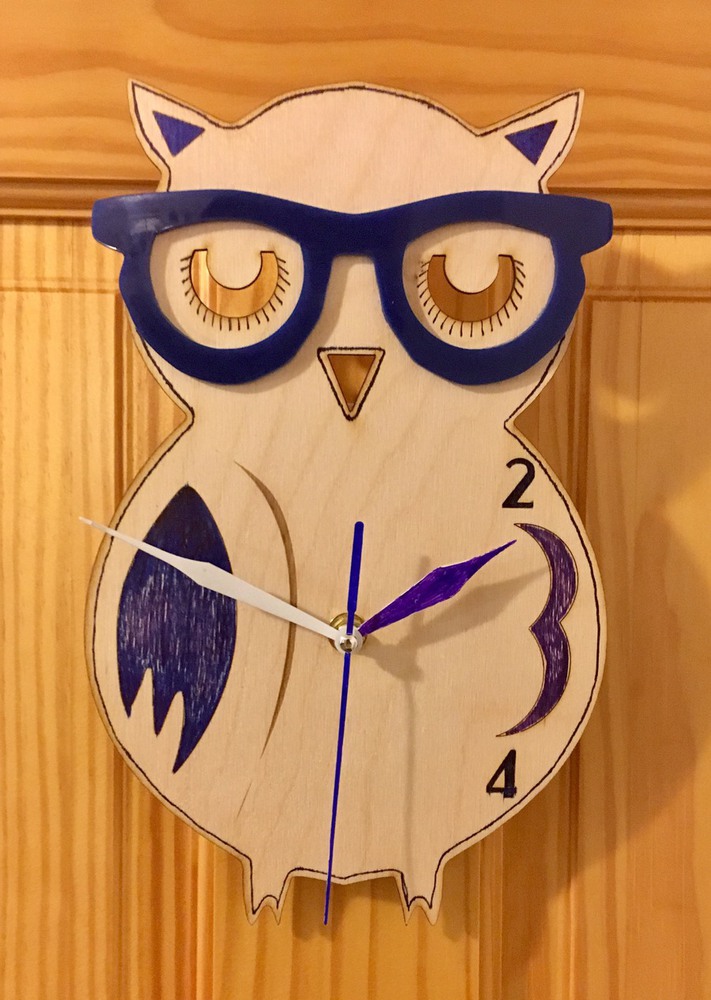 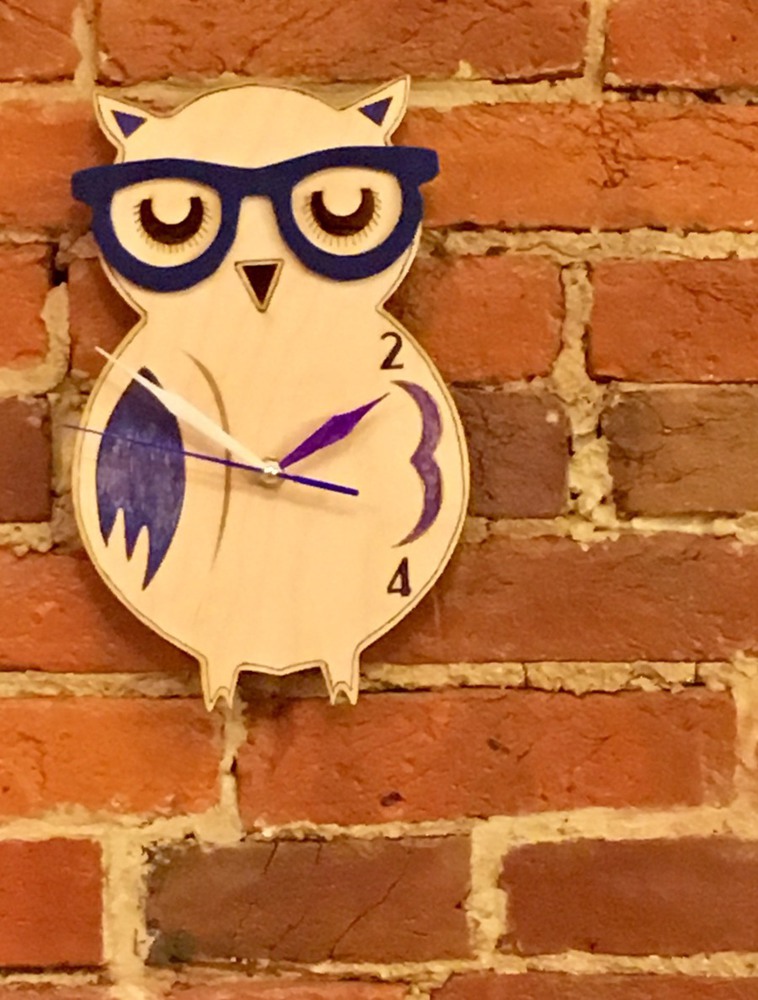 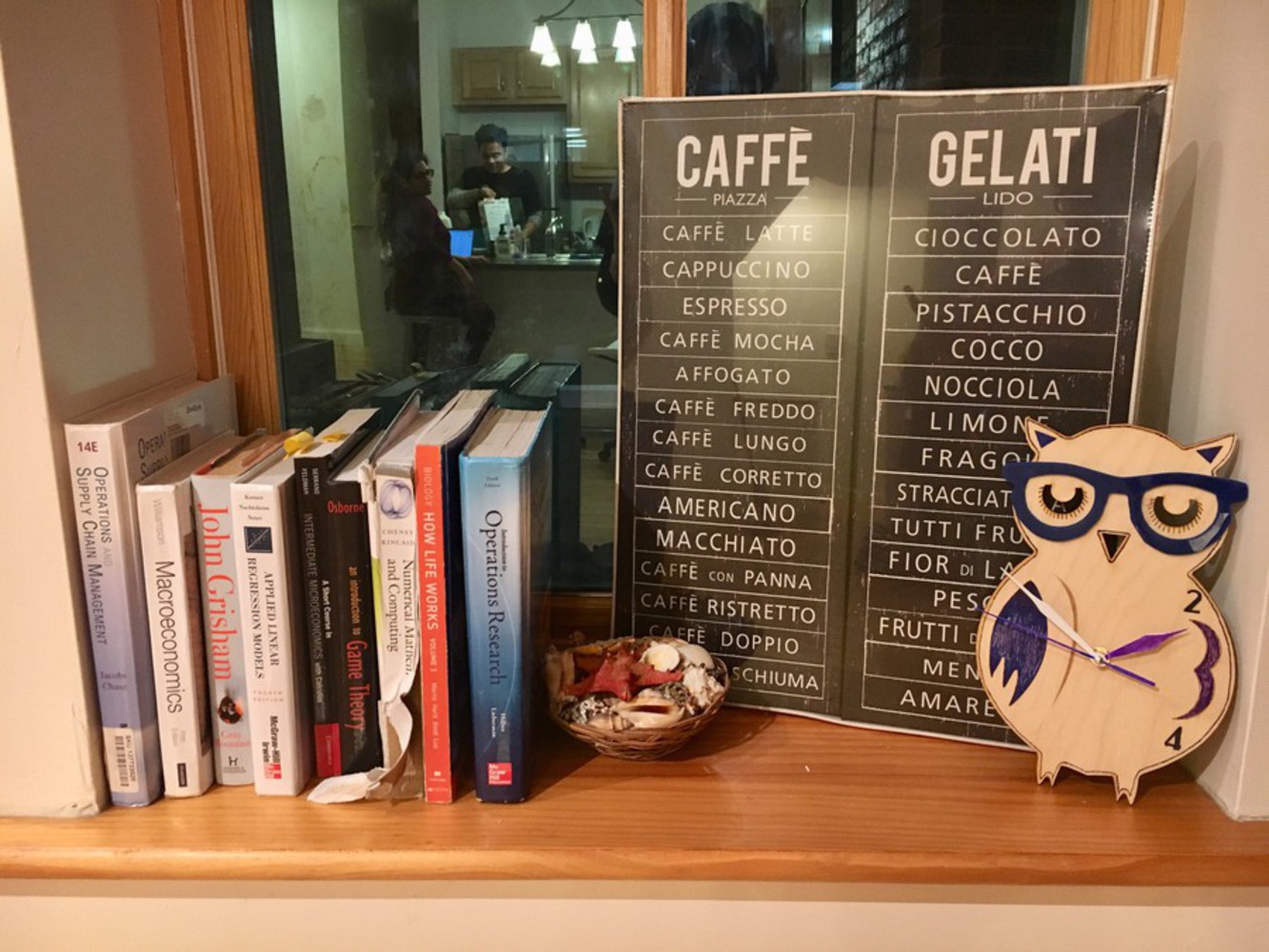 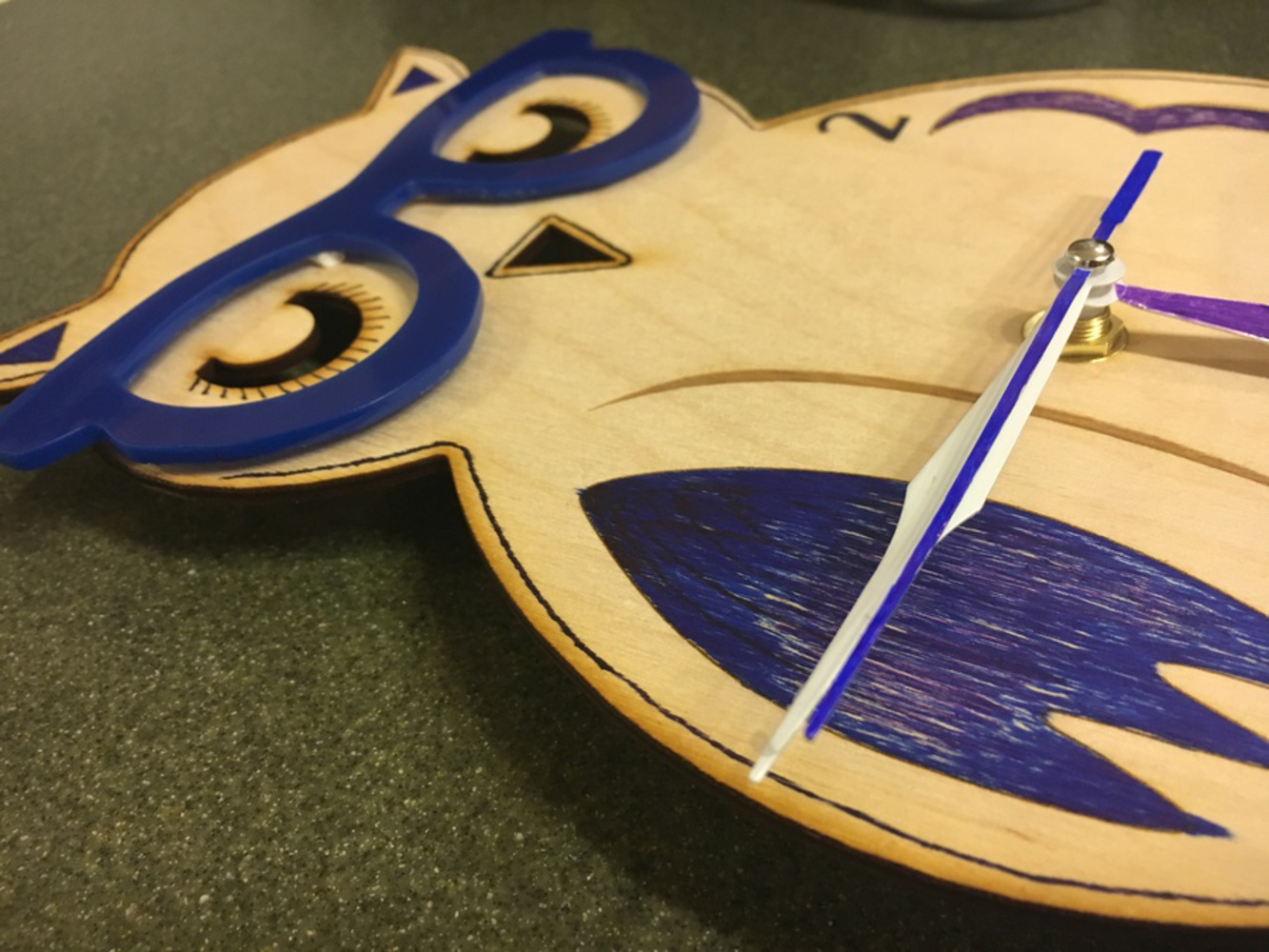 I didn't like how scoring looked in this project. I would have liked to engrave everything.

In hindsight, I should've started earlier so that I could devote more time familiarizing myself with Fusion 360 as it is a complicated software.

I took help from friends eliminating my options for the design.

But most importantly, Professor Larson helped me through ALL of it - designing, laser cutting and fixing mistakes!