Dondis says that “[u]nity is a proper balance of diverse elements into one totality that is visually all of a piece. . . Fragmentation is the breaking up of the elements and units of a design into separate pieces that relate but retain their own individual character.”

For this assignment, I chose to work with unity and fragmentation since I find it particularly interesting how basically everything is made up of many, many elements, that together unify to form something but also can be considered individually.  My inspiration from nature is the dandelion. This seems especially fitting for the “unity and fragmentation” theme since I remember watching dandelion seeds detach from the flower and fly away many times when I was younger.

My first composition, which represents unity, shows the dandelion as a whole.  My representation is fairly abstract since it is composed of only lines, dots, and circles which give the impression of a simplified, flattened form of a dandelion. I chose a green background for both compositions, since I felt that provided a good contrast to the whitish-gray of the seeds, and the brown center of the flower. A circle for the center, and then simple lines and dots provide the structure of the flower. All the seeds are together to form a single flower, all joined at the center. I made sure to center this image to provide a sense of balance, and avoid throwing off the feeling of unity. I want the viewer to consider the flower as a whole, not be wondering why the image doesn’t feel centered. 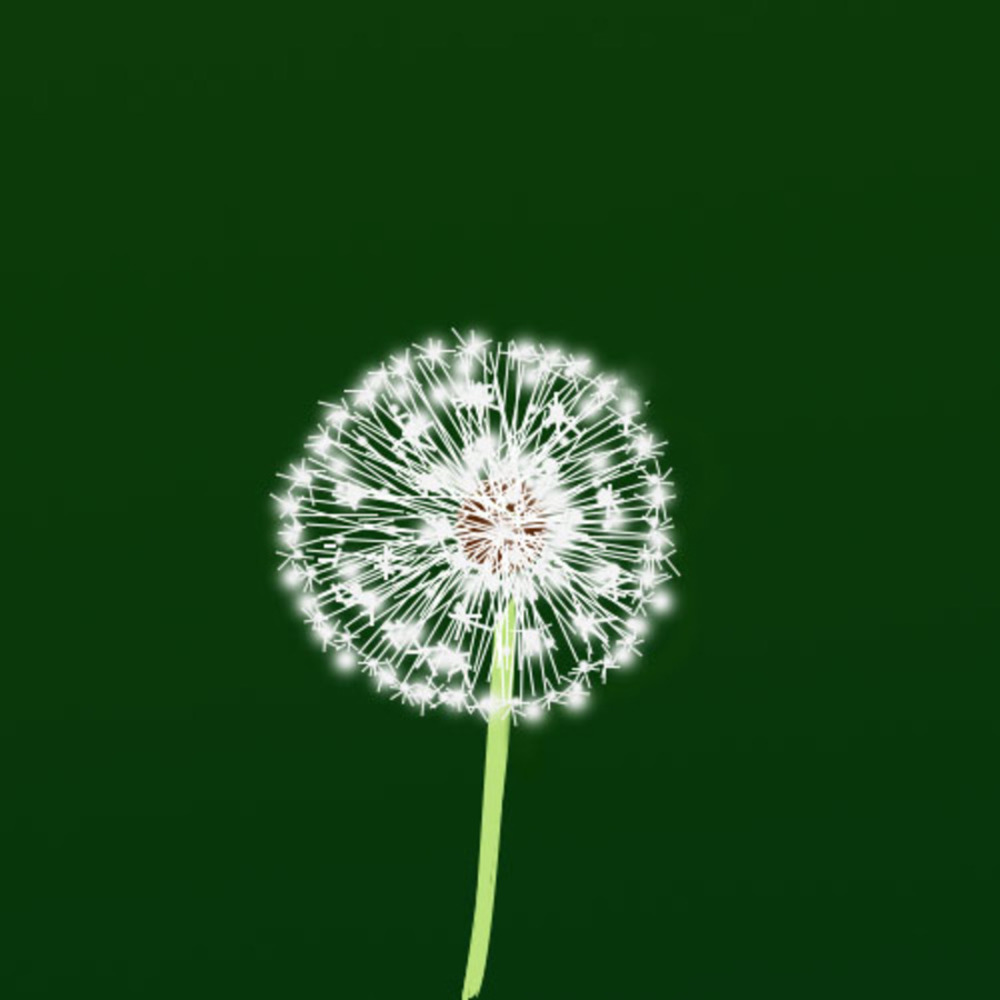 My second composition, representing fragmentation, gives the impression of a few dandelion seeds as they fly away.  Each is composed of only lines and dots, and they are different shapes and sizes.   Each have their own characteristics though they are quite similar. I made sure to break them into “separate pieces that relate but retain their own individual character,” as Dondis defines fragmentation.  I also took care to position them almost in a diagonal sweep across the canvas, to make it appear as though they are travelling in a similar direction, though they could deviate to different paths at any moment.  Kandinsky notes that the diagonal line is "the most concise form of the potentiality for endless cold-warm movement," and so this adds both movement, and excitement because of the opposing types of movement. The seed to the right, and in the center vertically, looks almost as though it is about to fly off on its own at any moment.  This composition has much more excitement than the first because there is a great deal more for a viewer to see, and so one’s eyes are drawn across the canvas, as opposed to being drawn just to the center.  Because of this, the composition creates some sense of motion.   In addition, seeing dandelion seeds float through the air is a common sight, and previous experience will animate the composition as well.  I also hope to provoke some thought; where will each of the seeds go to grow into a new flower? 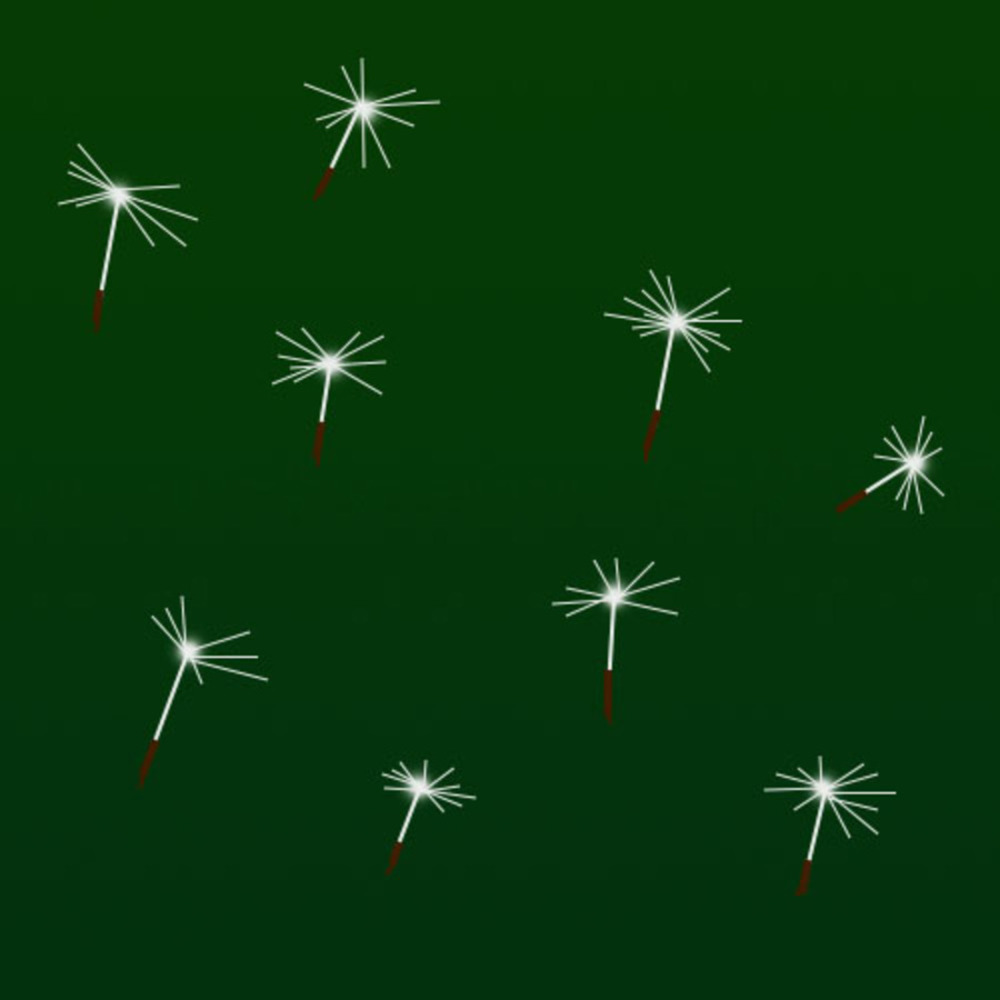 In each of these compositions, I used similar visual elements-- lines and dots, with the addition of a circle in the first composition. I feel that both compositions communicated the idea of a dandelion fairly effectively, though in very different forms.  Looking back, I feel as though I could have made the second composition more exciting, but perhaps this would have created more of a spontaneous effect than a fragmented one, though the two are similar in some ways.