Claude Monet is the founder of French Impressionist painting. His works mostly depict beautiful natural sceneries, and he loves to paint the same scene many times. As a result, the Water Lilies series of paintings became his masterpiece. For an impressionist painter, it’s essential to bear insights into the effects of light and the blending of colors, so Monet created his paintings more in terms of colors and shapes rather than scenes and objects.

I chose Monet’s Water Lilies, 1903. The painting depicts the water lilies pond of Monet. It uses delicate and slim strokes for the willow, but blurred and “casual” dots for the water lilies. In general the paining has a cold tone in the background, yet the water lilies are rendered with bright colors. The reflection upon the surface of the pond water is conveyed in fuzzy, vague but realistic sense. This painting (together with other Monet’s water lilies) brings the viewers to appreciate from no limited standing point. Traditionally, paintings would show grounds or horizons so that they convey the sense of where the viewers stand and so their eyes would follow some direction to travel through the landscape, but here, as Monet lets us directly confronts the pond surface only, we get a higher degree of freedom of angles to focus and understand those specific artistic features.

I started with deconstructing Monet’s work and separating its essential subjects (waterlilies) from the background that renders the general atmosphere. Suddenly I felt the water lilies part might also look great in a different context. Indeed, Monet used masterful blend and blurring of colors on the pond surface as the background, to teleport the viewers to the verge between dream and reality, so I immediately thought about night sky with countless stars that always make me feel the similar effect. The patches of water lilies and lotus leaves can be perceived as galaxies floating around.

I tried to follow the core ideas of impressionist paintings, such as paying significant attention to the blending of colors and luminous effects. The unsatisfying part of this work is that the water lilies aren’t in as much harmony with the night sky background I chose as expected. A better approach is to spend more time fine-tuning the background or creating one with elements already present in Monet’s painting. 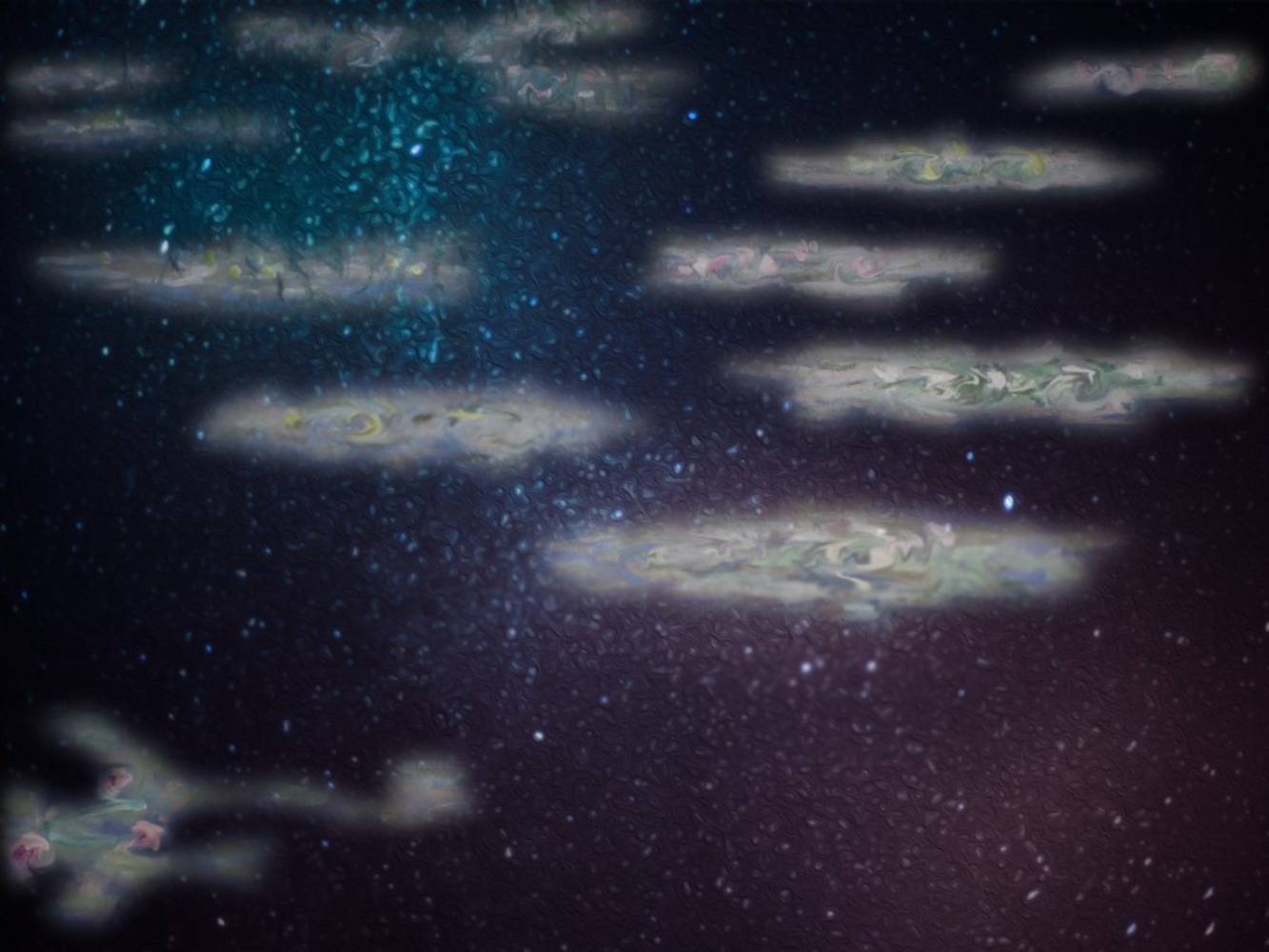 This is a great start to reinterpretation and reproduction. Your research and process are thoroughly documented, and the final product is an interesting homage to the original Monet piece.