A recreated piece of Bacon’s Portrait of John Edwards that exhibits Bacon’s existential thoughts in his style and my passive feelings toward the original artwork.

Artist: Francis Bacon was a prominent Irish painter who painted provocative images to deliver anxiety and discomfort. His artworks were usually presented in triptych or diptych formats because he “sees image in series”. Although he was influenced by Picasso and Surrealists, the former even prompted Bacon to become an artist, Bacon created existentialist art to reflect on the meaning of human existence. Crucifixion themes and Greek mythology were also crucial symbolical elements in his paintings. Bacon employed religious format so as to strengthen viewers’ emotional response. George Dyer and John Edwards, companions of the homosexual artist, were major subjects in Bacon’s works.

Work: The painting was created in 1988, in a time period when Bacon was at the height of his fame. The background was painted by monochromatic colors in cream and black. The space in the painting was outlined by merely simple lines instead of complicated patterns. Hence, there was obviously an emphasis on the figure at the centre. Despite that the figure was portrayed as an abstract silhouette, he was definitely the compositional focus of the painting. The man depicted was John Edwards, a major subject of Bacon’s paintings in his late years. He was sitting quietly without demonstrating animated motion. A contrast between the man and background rises as an indication that the man was isolated from the outside world. This is a central idea of existentialism which suspects the meaning of human existence.

Approach: When I first saw the painting, I felt uncomfortable and disturbed. I wanted to inject my feelings into the recreated piece. I planned to preserve a part of the original painting, which is the protagonist, and create a new background pattern. To keep the figure in my piece is to tell viewers that my feelings aroused as a result of Bacon’s work. The new background pattern would interact with the figure and thus a new composition would emerge. I used Magnetic Lasso Tool to “cut off” John Edwards from the canvas and placed the image into a new background that I drew in Photoshop.

Product: The figure was dismembered and each part of him was separately placed deep in an abyss. The simple background colors were used to show the outline of those abysses. My purpose of dismembering the figure was to show that he was lost. He was not able to find or define himself. The abyss was a metaphor that shows the figure was disconnected from the outside world and it was impossible for him to get out to get rid of loneliness. Besides, dismembering the figure may make viewers feel uncomfortable. As that was also my feeling towards Bacon’s original piece, I wanted to resonant with viewers to tell them my opinion.

Reflection: I believe I have understood the existentialism theme of Bacon’s work and shown it in an alternated form through my recreated piece. I painted the background in simple colors as this was Bacon’s representational style in 1980s. I learnt that a nondescript composition with simple patterns can, however, still demonstrate profound meanings. More complicated and real, the better—that’s not always the case. For the next time, I may create a new figure because the digitally-created background is not consistent with the original figure in style. The combination looks odd. 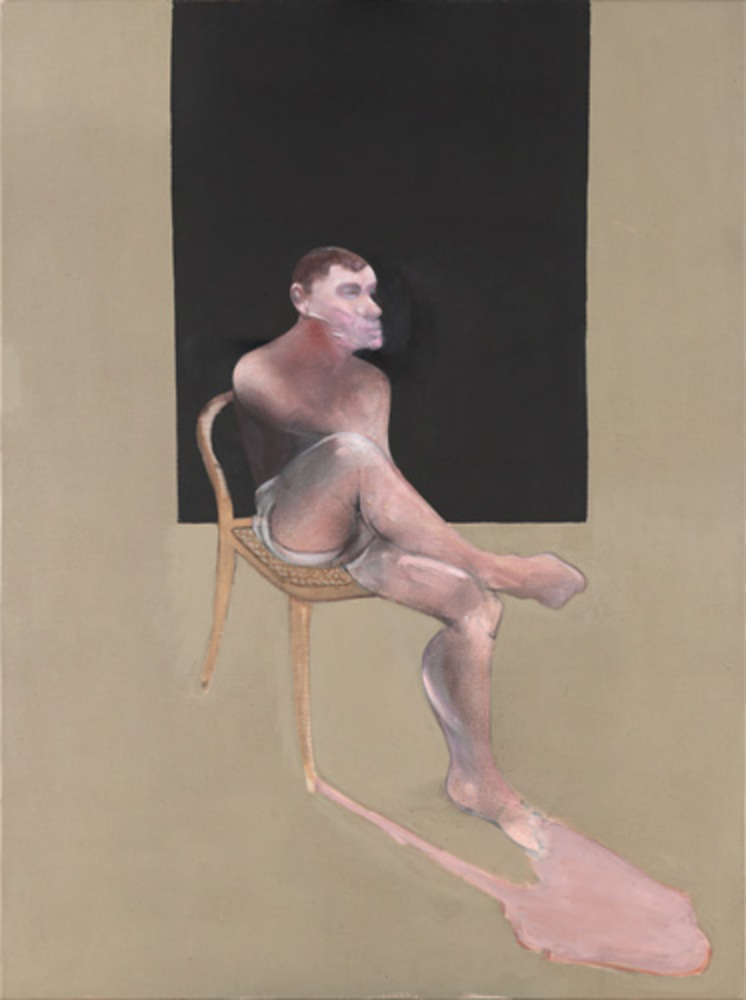 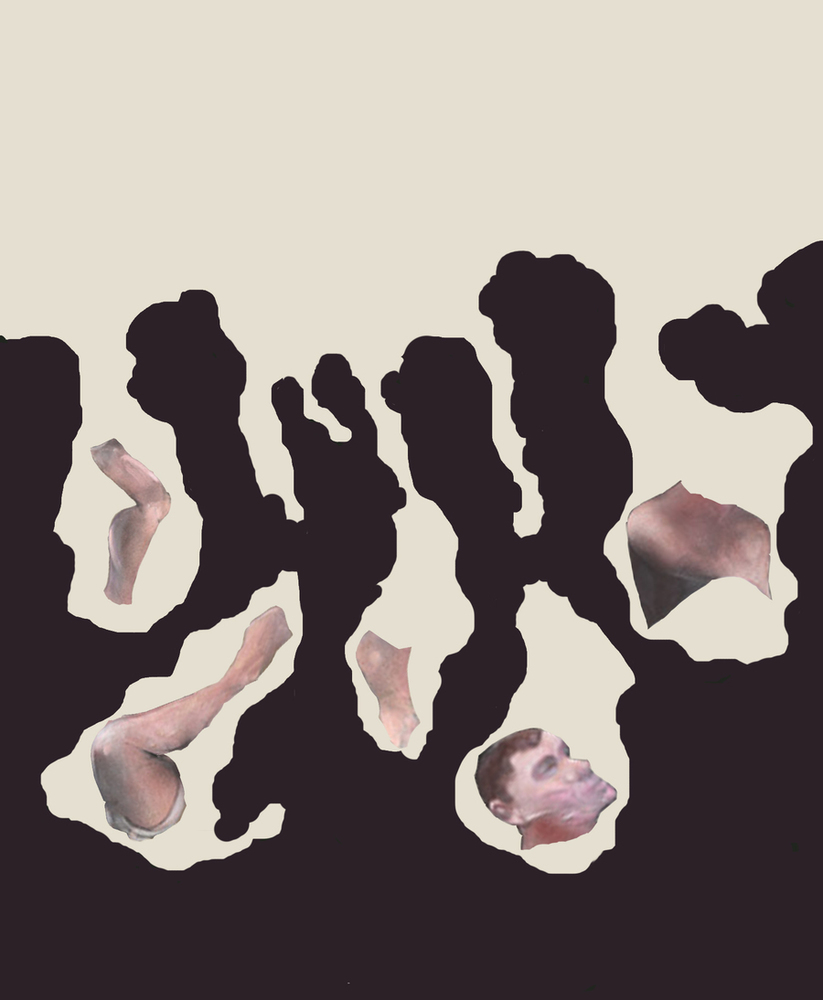 I love the way you interpreted Bacon’s painting. Excellent research on Bacon and the original work, and a very thoughtful and creative adaptation. If you had more time to work on this I would recommend adjusting the composition to make the top feel less blank. It would also be great to see a little more texture and variation within the large blocks of tan and dark brown. If you look closely at Bacon’s painting you’ll see that he added subtle variations of color in the background, especially around the figure’s face and the chair.

A recreated piece of Bacon’s Portrait of John Edwards that exhibits Bacon’s existential thoughts in his style and my passive feelings toward the original artwork.