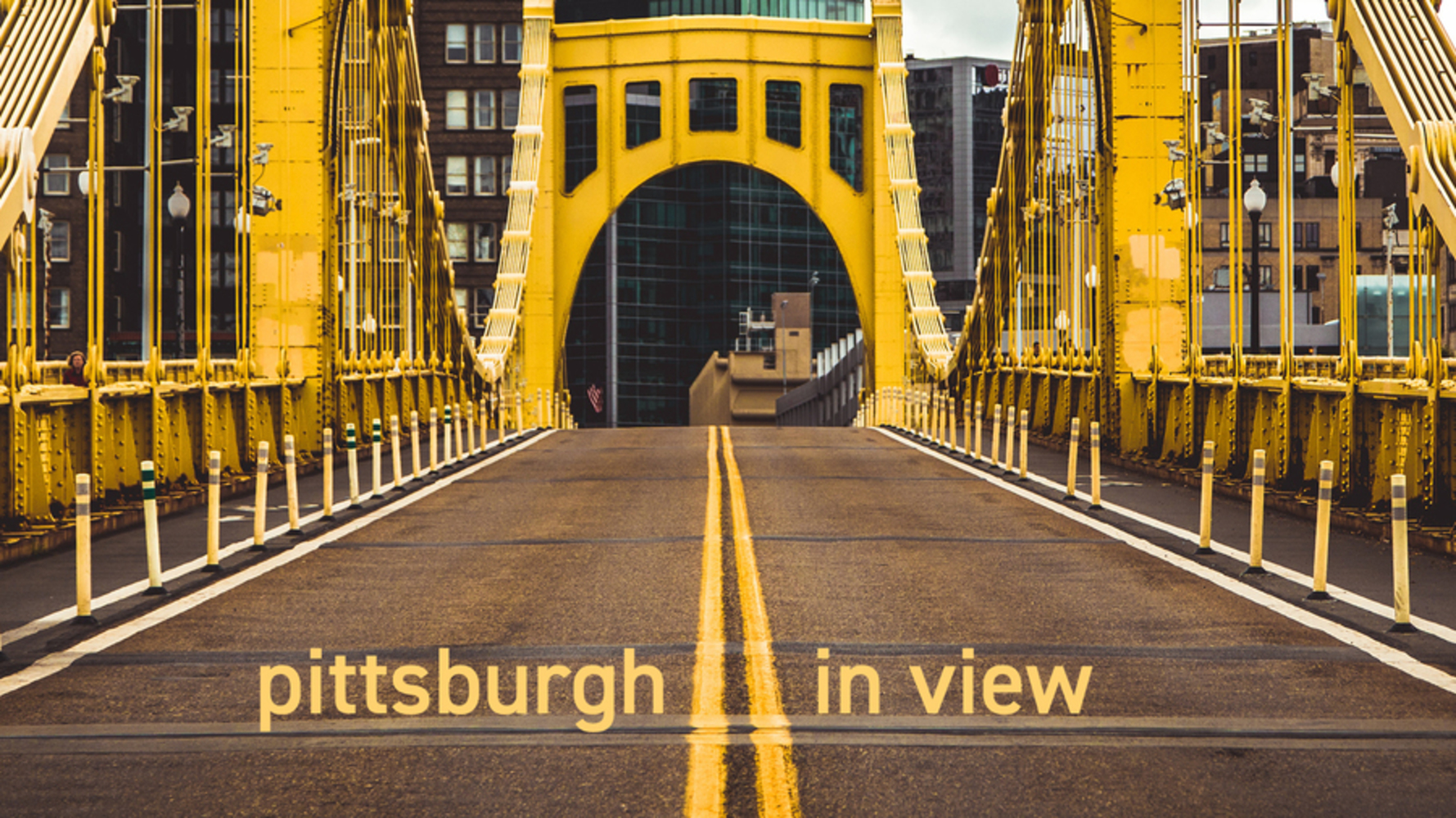 Pittsburgh In View is an interactive installation that aims to rejuvenate the barren common space of Studio 3577 by bringing to life the vibrant city around it.

The installation is housed in one of the filled window frames and transforms the wall into a dynamic window. In front of the covered wall are several frames that each peel back layers of the city; the first panel shows what is directly behind the wall while the last panel shows the greater downtown area.

Finally, the installation is interactive in nature; when users near the installation, the image distorts (frames sway slightly). This is a commentary on how no matter how close a user gets to a photo, they will never have the same experience as if they travelled to the real location.

0
Location of our planned project. 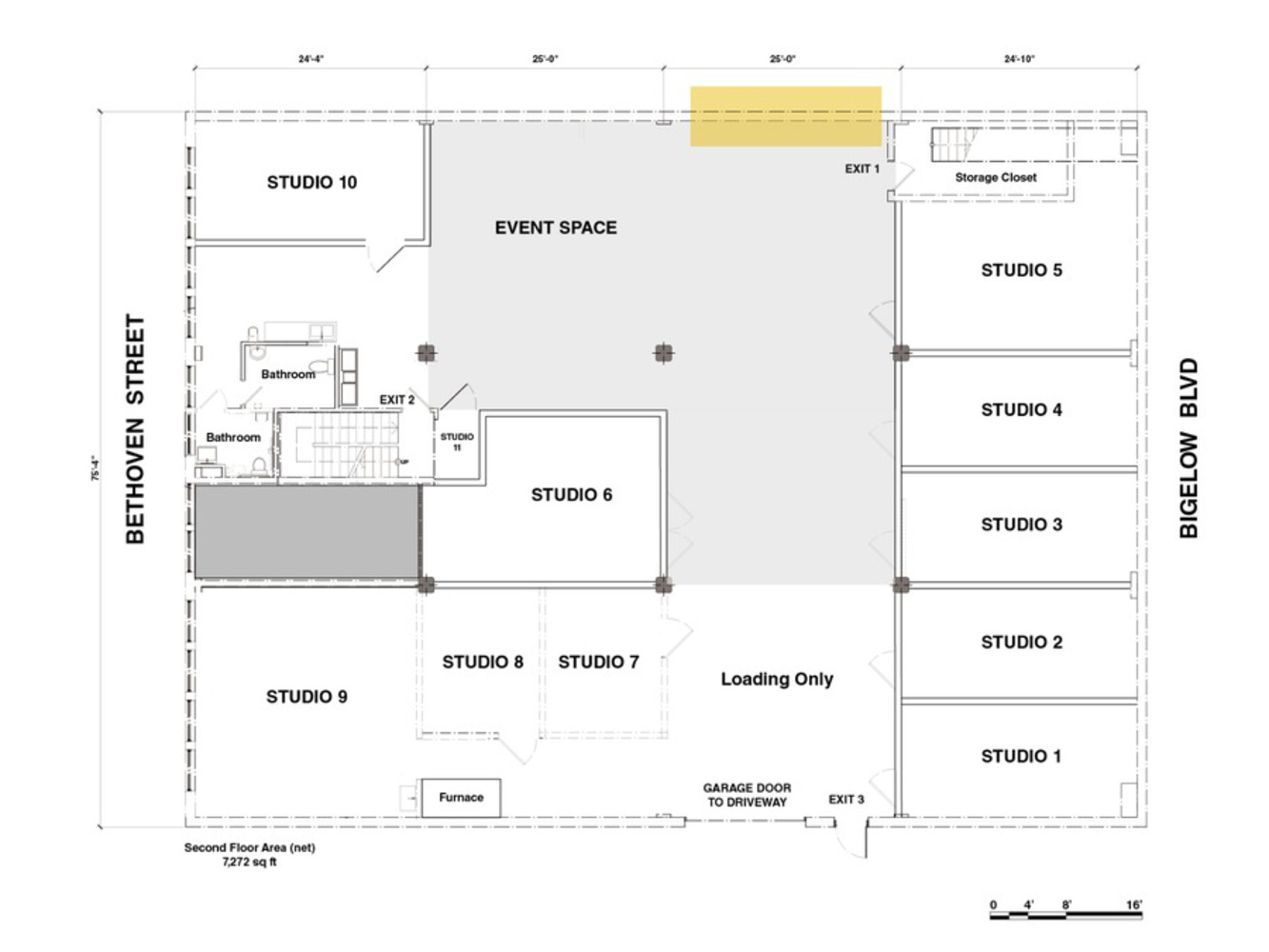 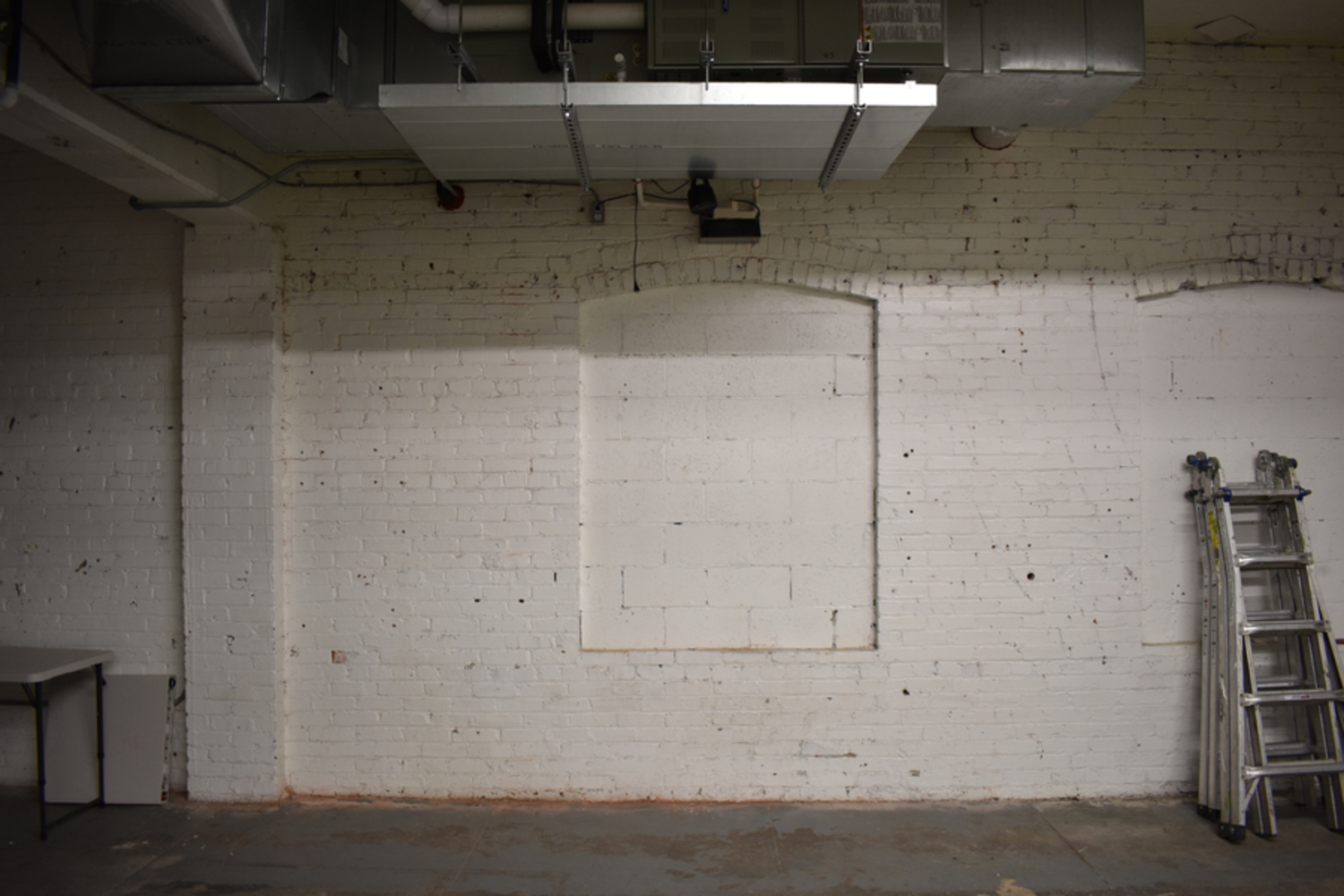 0
Architectural diagram of our planned project. 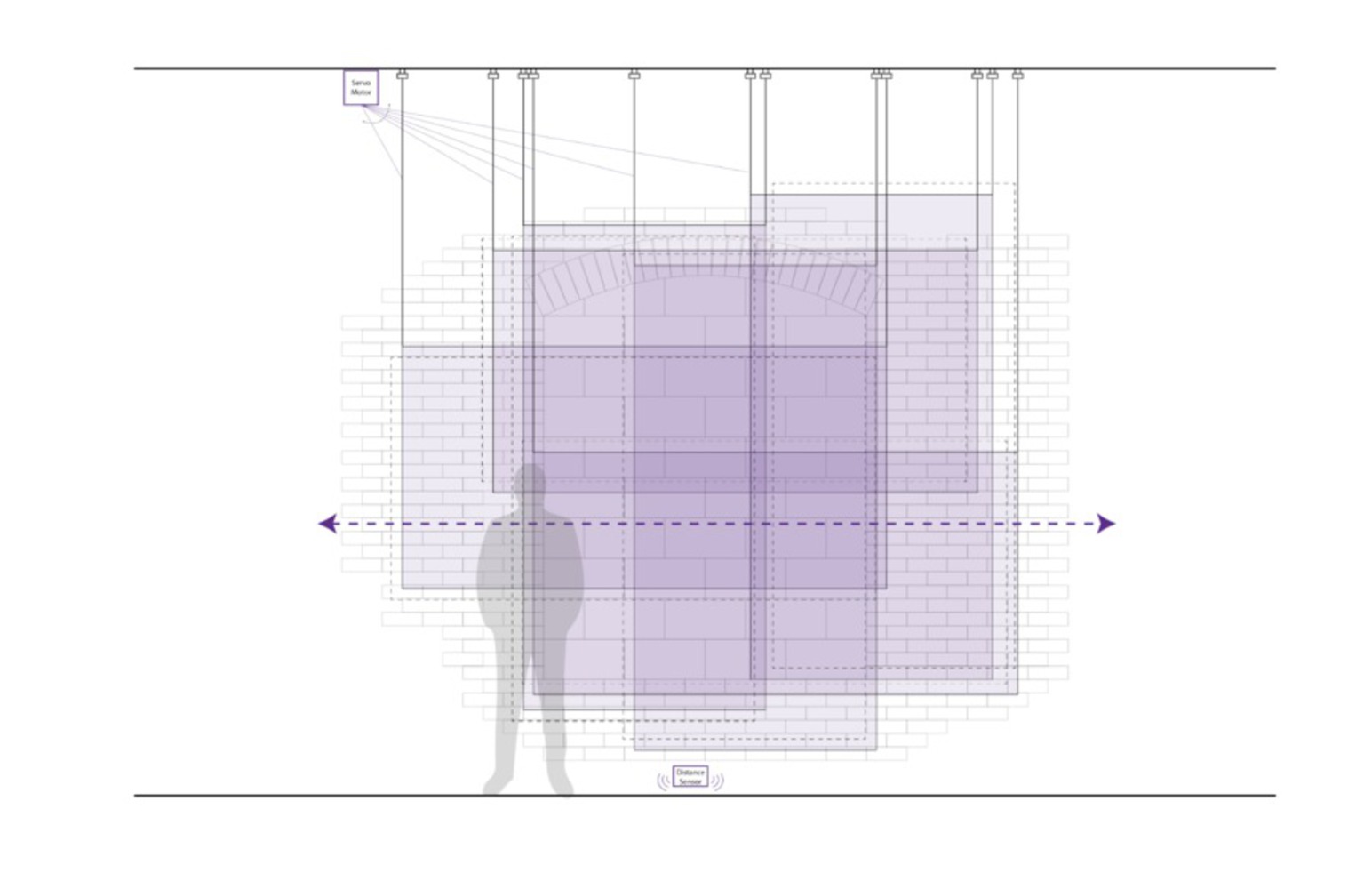 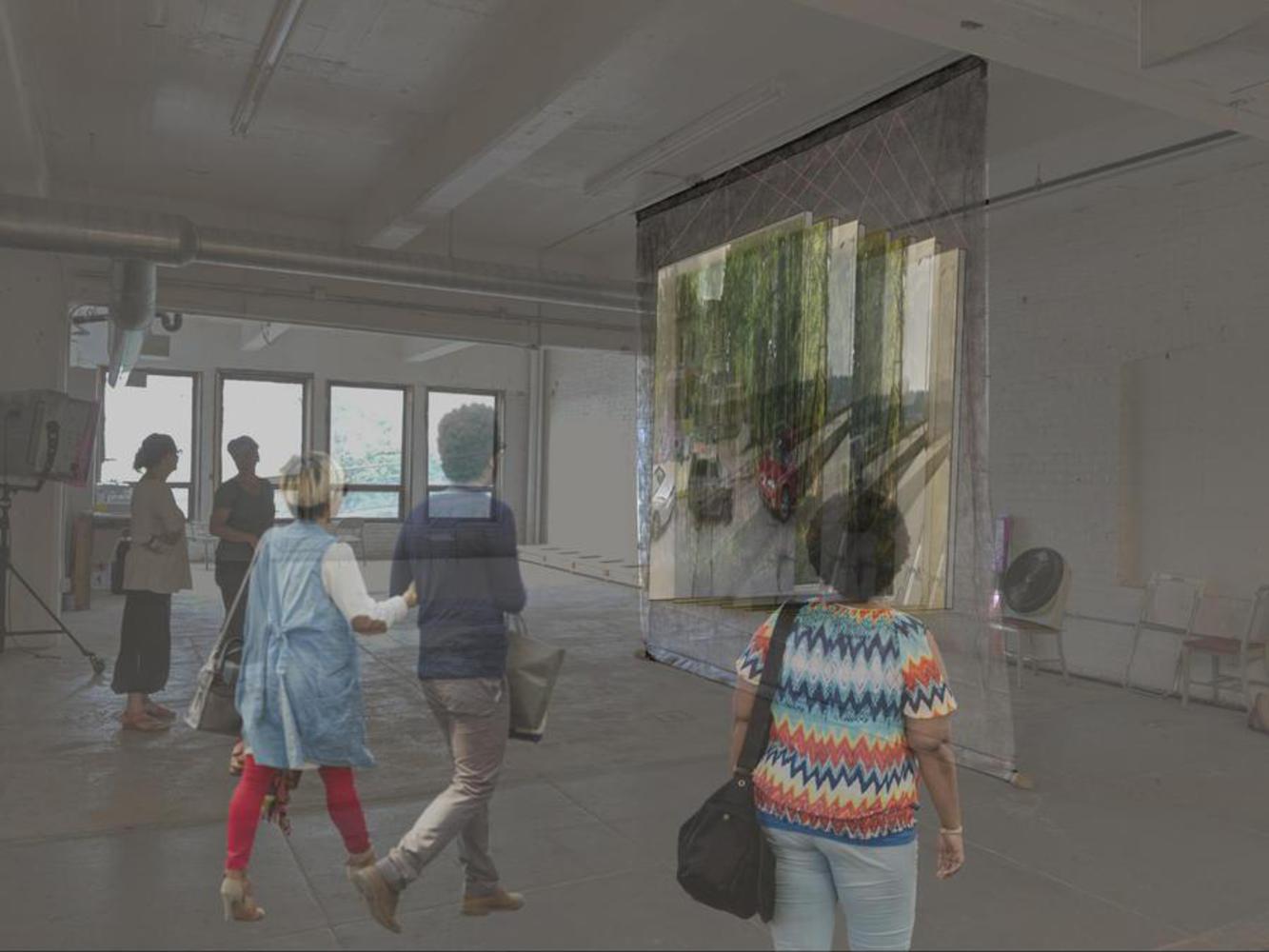 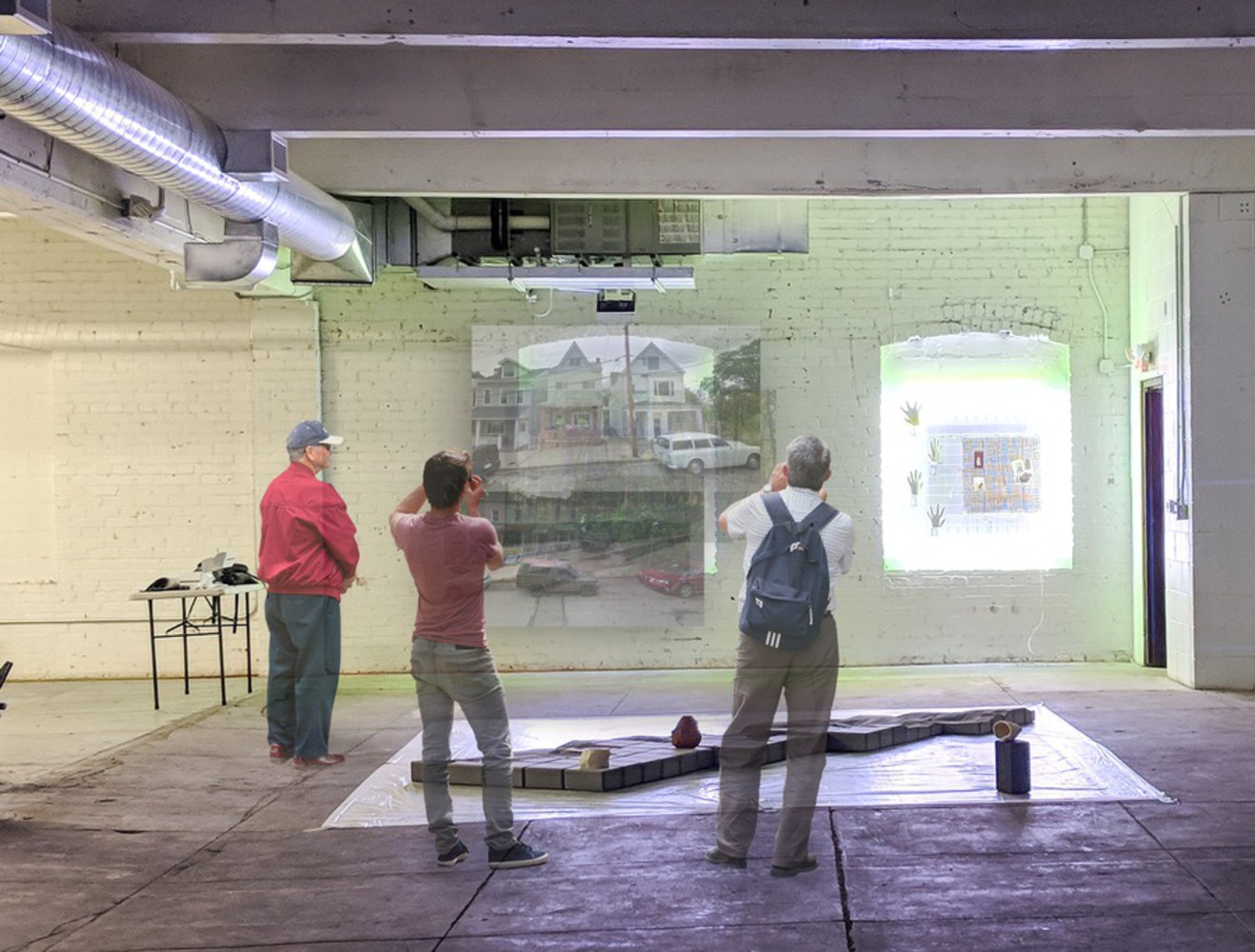 As our project got underway, we ran into some bumps on the road as well as encountered some unforeseen circumstances in the prototyping phase. In particular we found a few key insights: (1) ink comes off of acetate really easily (2) lateral motion looked better than a dragging motion (3) weights were required to get the proper movement and prevent the acetate from bending.

You can get a sense for these issues in the video below.

0
Hardware setup for our base prototype. 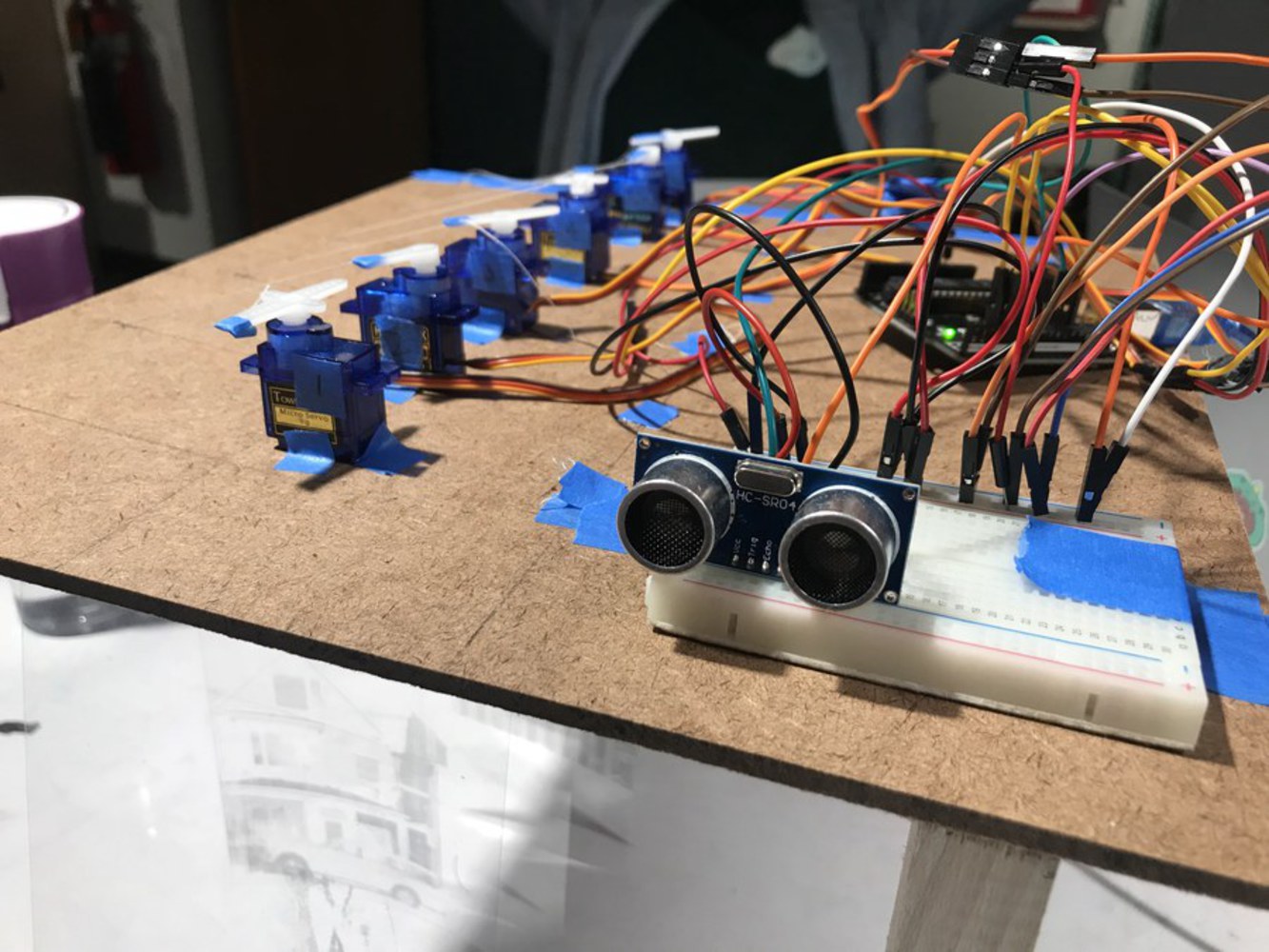 0
Video of our prototyping responding to hand gestures.

Having taken note of the issues from our prototyping phase, we moved on to creating the final. We made several adjustments during this phase.

(1) Use a lateral motion system instead of the dragging system. This required us to create a rail system using stepper motors and simple carts.

(2) Print on a higher quality plotter. We used a plotter in the art department to do this. This will help reduce how easily ink comes off of the acetate.

(3) Have less prints. 6 prints was a lot and given the rail system, we decided that 3-5 might be a better number to aim for.

(4) Add acrylic top and bottom frames to our final acetate prints in order to give it the necessary weight it needed in order for the lateral motion to work as well as keep the acrylic from folding.

We ran into some issues while putting together our final creation.

(2) The acetate at the art department plotter was not nearly as long as we had hoped for. instead, we had to make do by splitting our original prints into two sheets. We later had to glue these sheets to acrylic top and bottom frames (to add weight) which also proved to be tedious.

(3) We had some issues with wiring and were unable to resolve it for our final show.

(4) We underestimated how far to move the acetate in our original planning and thus when the acetate panels did move it was minimal and far less than what we had hoped for.

(5) The amount of power we needed to supply for all of the servo motors to be able to move all of the acetate sheets was much greater than what we were able to provide, causing discrepancies in the functionality of the motors.

0
Gluing the acetate to the acrylic frames. 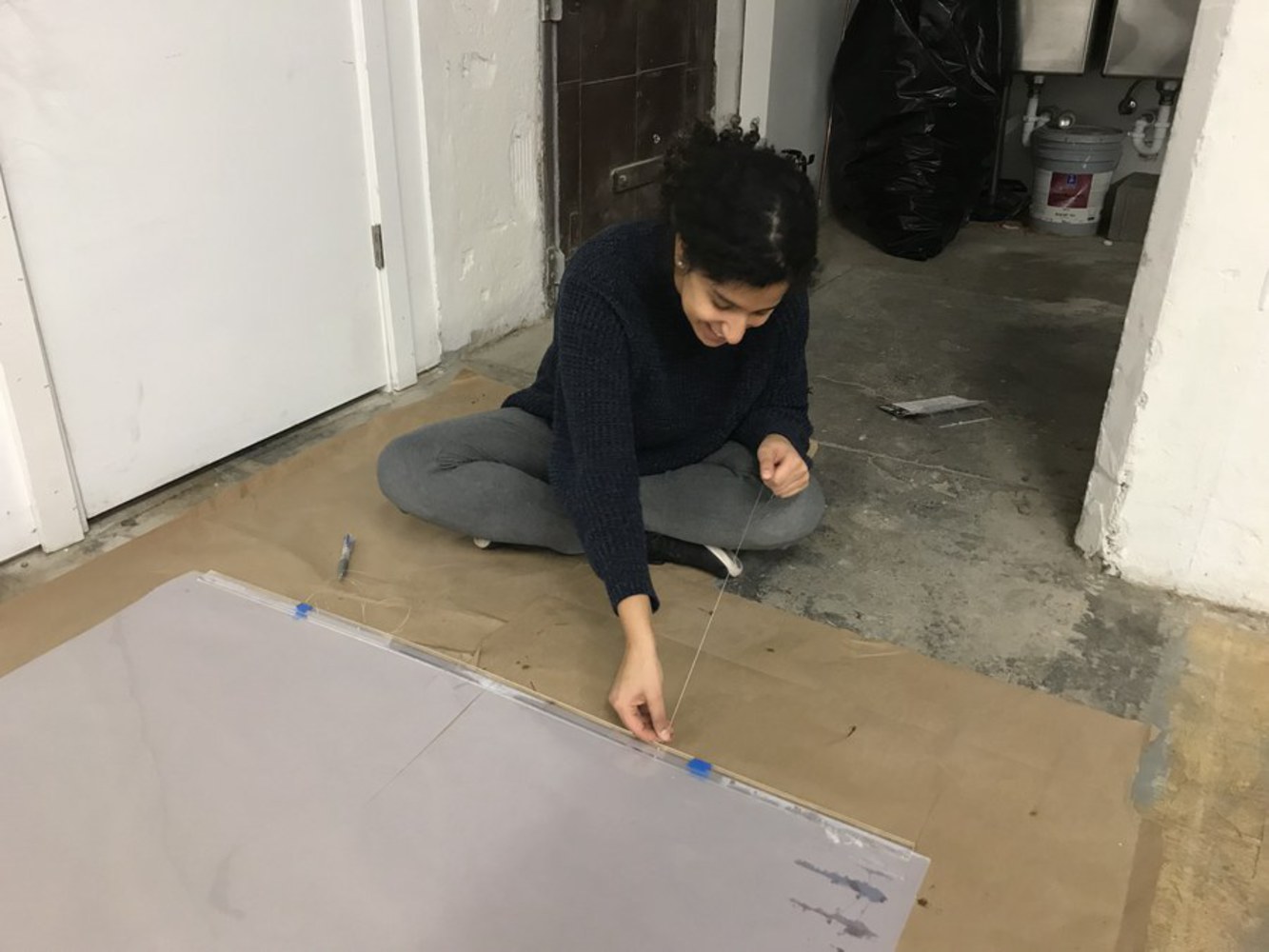 0
Creating the rail systems on which the acetate would ultimately rest. 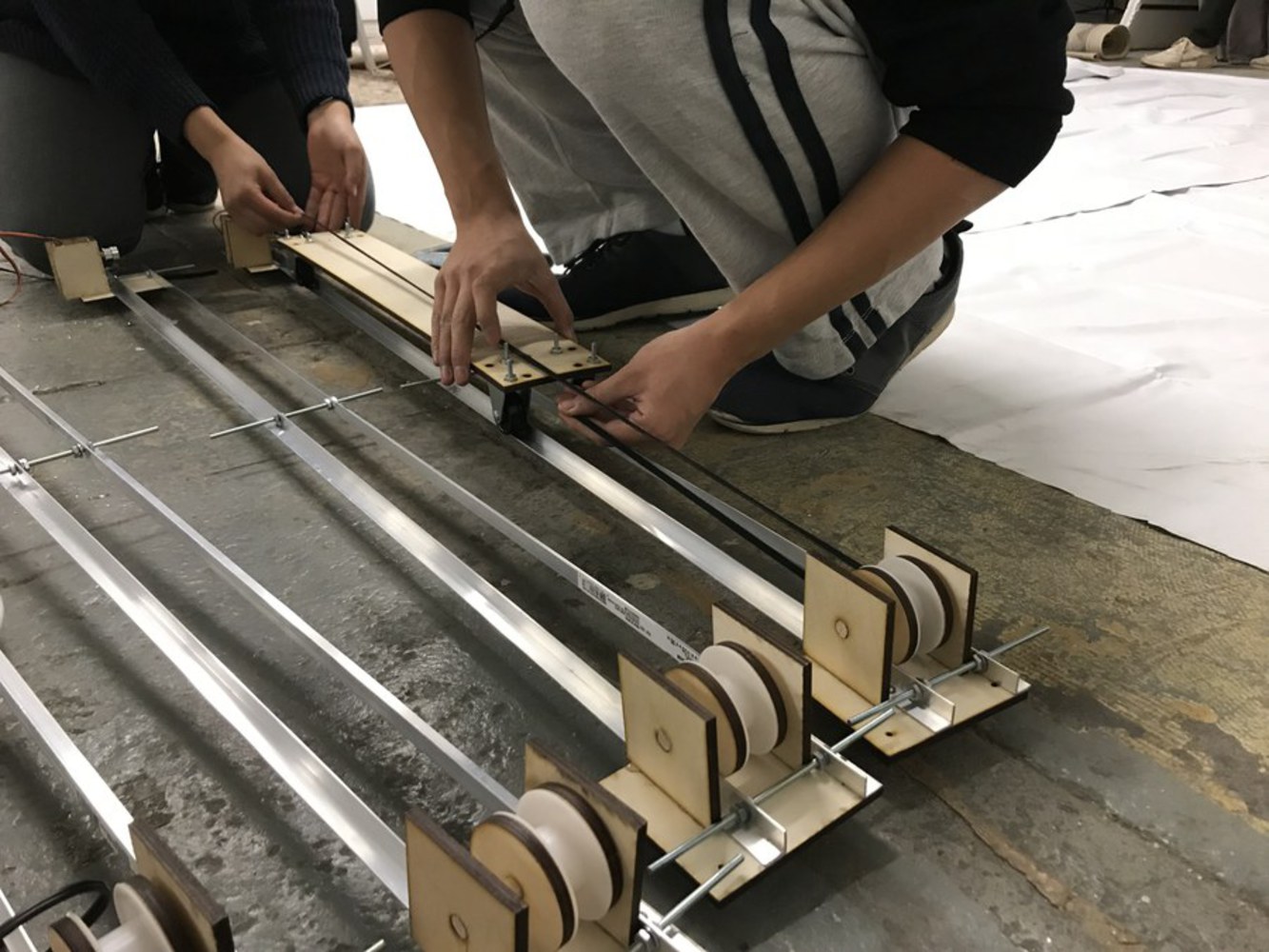 0
Adding the wiring and coding component to our project. 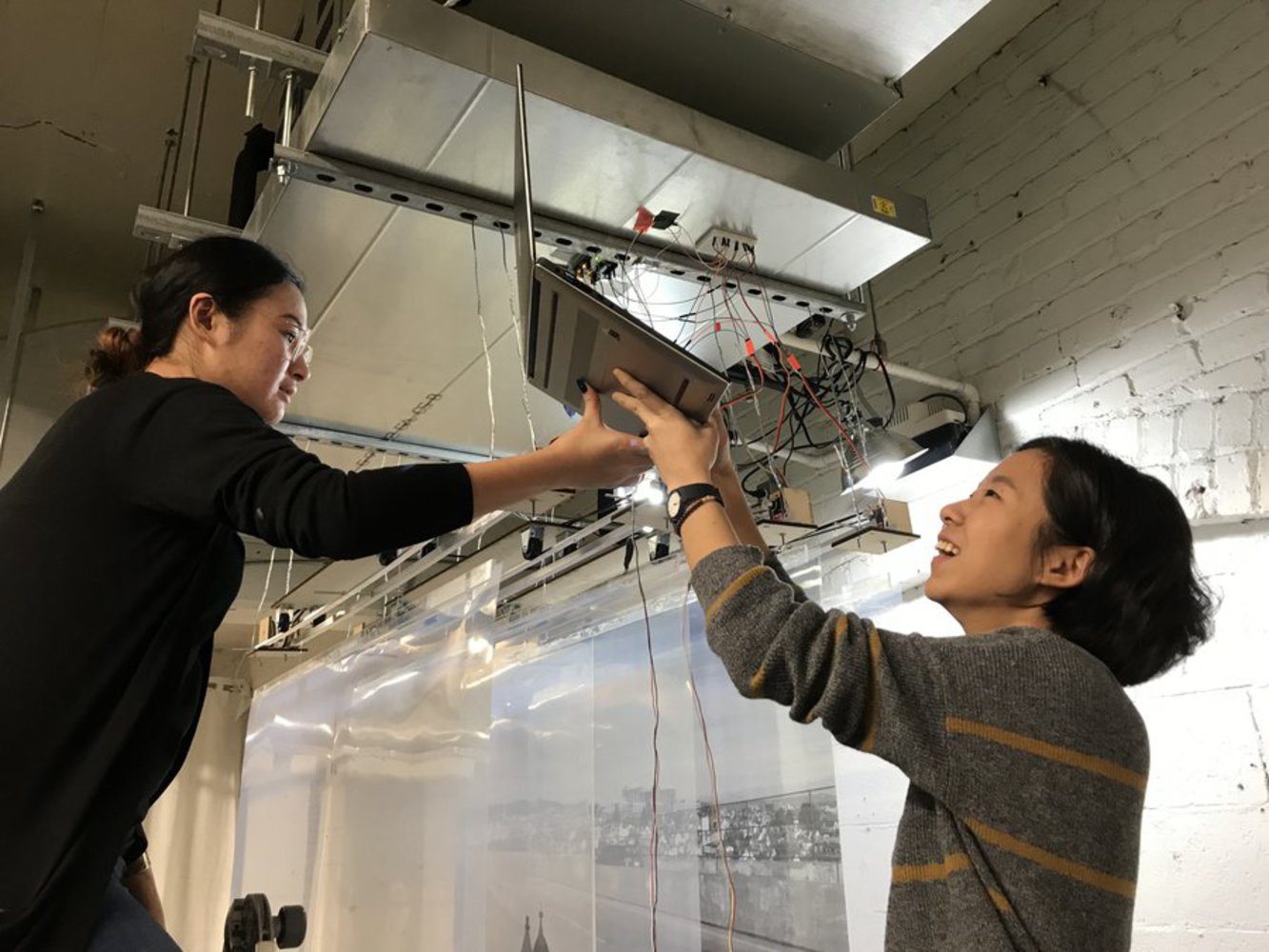 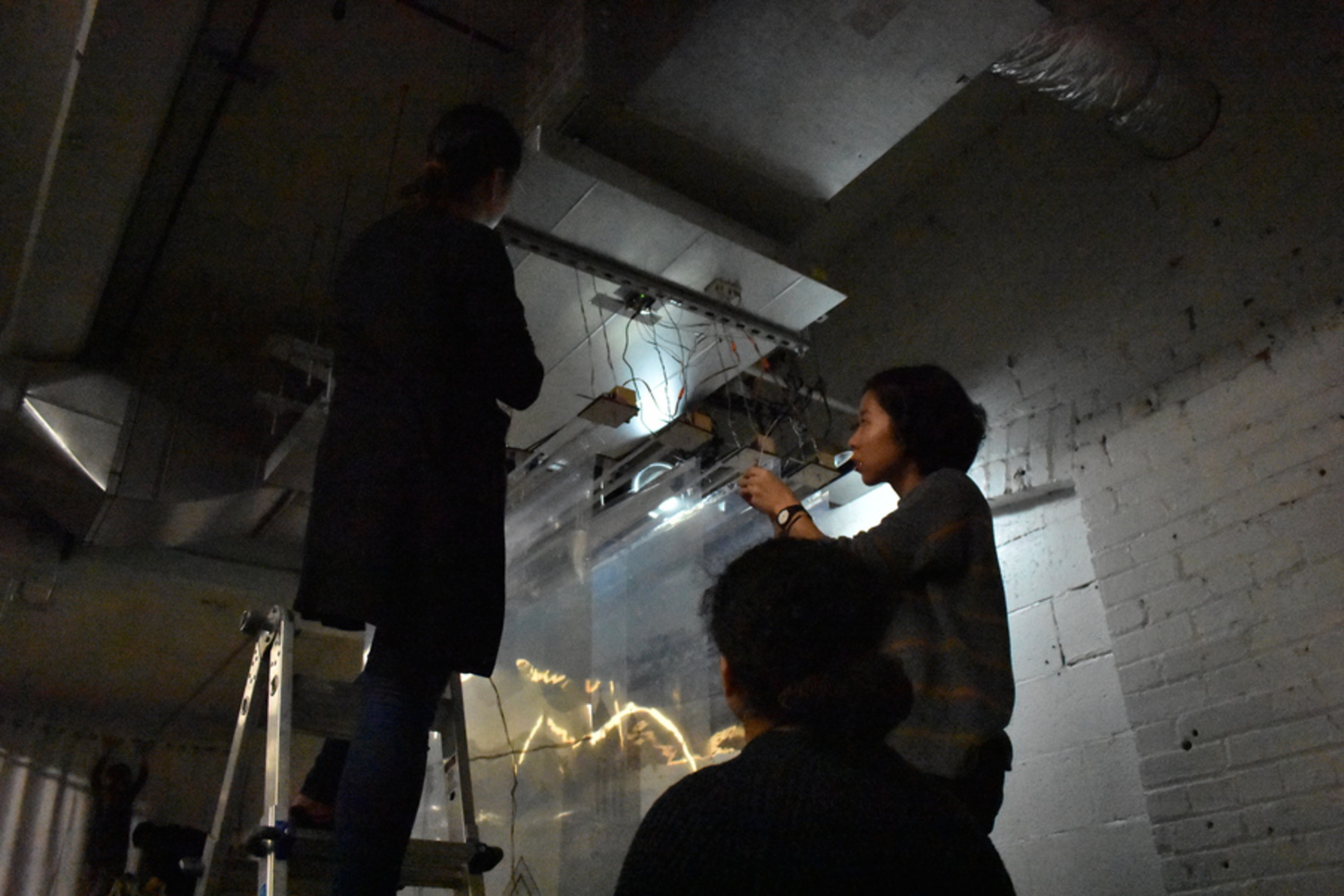 Though we ran into our fair share of issues, our final project turned out well. We ended up creating four acetate panels and accommodated for lighting and other spatial factors in our final installation.

0
Long Exposure shot of the project in motion. 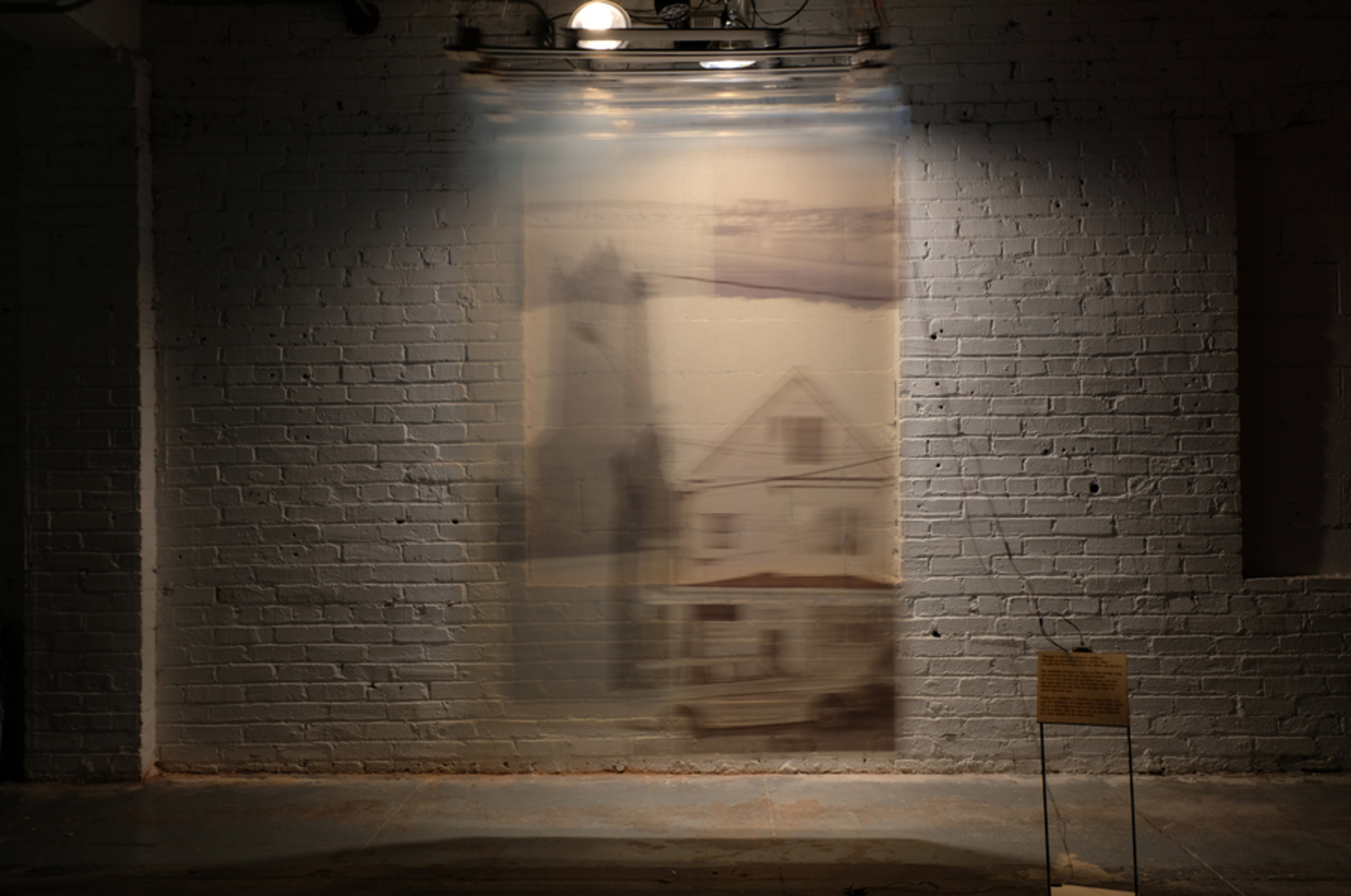 0
Image of spectators viewing the project. 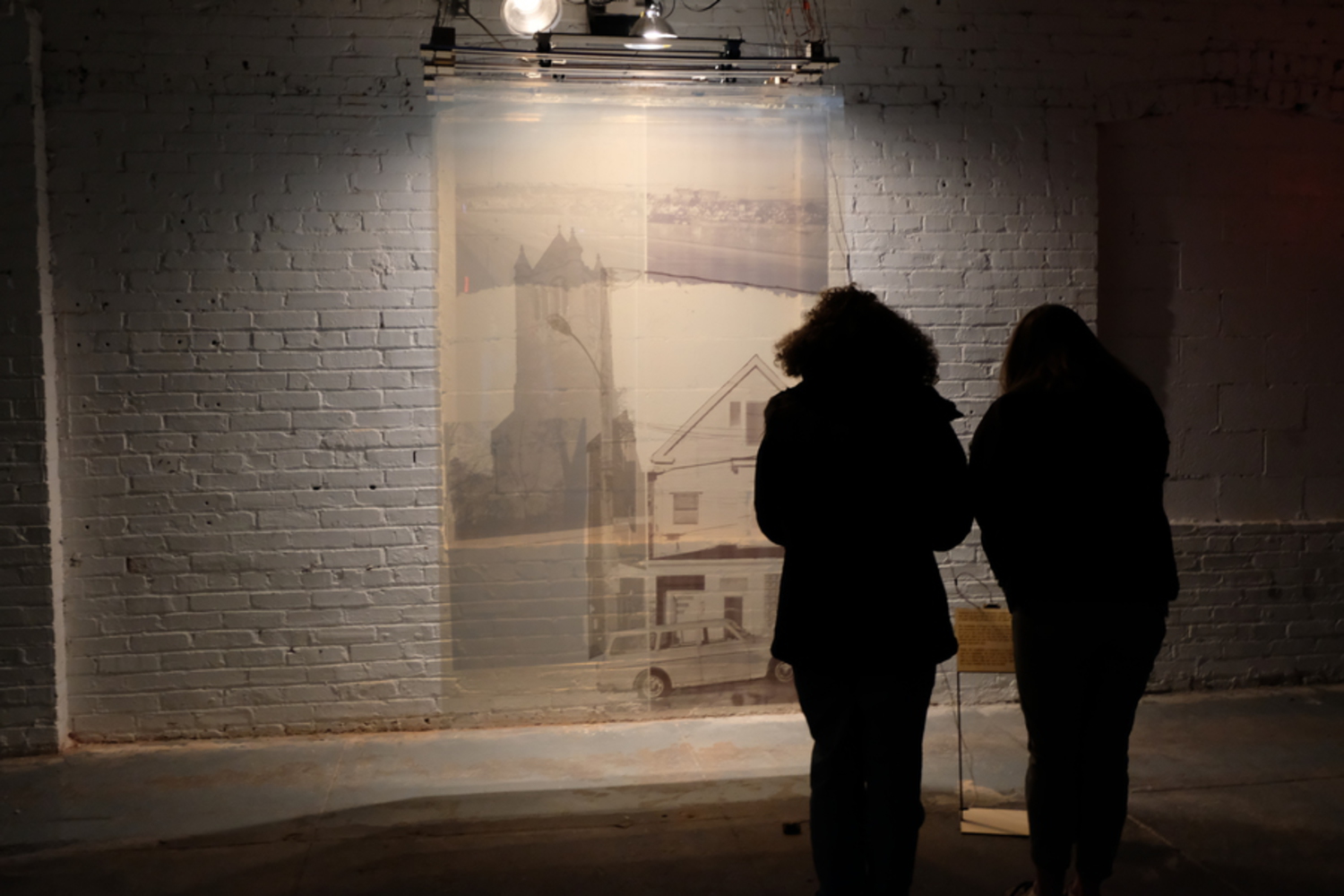