Made by Lauren · UNLISTED (SHOWN IN POOLS)

During the class I was really inspired by our section on conductive materials, the work of Project Jaquard, and Laura Devendof. As a grad student in design, I am particularly interested in exploring non-screen based interactions and ways of interacting with technology that feel more organic than clicking on a screen. I am also an avid surfer, often mesmerized by the rhythms of waves, and seeing how thermochromatic materials appear to organically come to life evoked the movement of waves for me. This project proposal is thus an exploration of how we might create a basic animation of wave movement using the properties of conductive fabrics & inks.

This project proposal is intended to be the basis of larger project I am working on for my Interaction Design Lab. The final product will include an:

- Conductive fabric or thread woven through the illustration;

The final product should look like a screen print of a wave scene that is hung on the fall that appears flat from far away. When a person approaches the print, the ink will "illuminate" and make it look like the wave is moving on the page. The word "design" will be incorporated, as part of a requirement for my IxD lab. The typeface selection will be based on letter shapes that compliment the flow of electricity.

Ultimately, I'd like to use this project as a wave of understanding how these sorts of fabrics and interactions could be incorporated into wearables or embedded into an everyday environment.

1) Researching it all works

I have not spent much time working with circuits or conductive materials, so I spent time at the beginning exploring how I could set up circuits and learning about electricity in general. This took the form of web research, DIY video tutorials, and talking to fellow students.

I settled on an approach that would consist of three layers: copper conductive fabric, muslin fabric, and thermochromatic paint.

Given that thermochromatic paint is activated by heat (at 90 degrees), I needed to figure out how much electricity would be required in order heat the copper fabric up enough to activate the paint.

In order to test this, I first created a variety of wave designs and letters. I then laser cut these shapes onto copper conductive fabric. I then tested the laser cut pieces with a power source to see what it would take to heat it to > 90 degrees. It turns out that the conductive fabric has really low resistence, so would require > 30 volts of power (more than a household battery) in order to heat it enough, so the fabric will not likely work for the final solution. This has lead me to explore conductive thread, which will be more visible in the design, and conductive paint, which will be more invisible in the resting state, but may show through when the pigment changes in the thermochromatic paint.

I ran a test using Bare conductive paint and some thermochromatic paint borrowed from a friend, and we were able to get the color change to work using 19V. The test also revealed that the electricity does not flow through a design evenly, and that skinnier more direct paths for the conductive material may be required in the final design.

Given what I learned in the technical tests, have been exploring a few different wave design approaches to screen print on the front of the piece and animating these in AfterEffects in order explore what they will look like “animated” with the thermochromatic ink. Since the thermochromatic ink loses pigment and goes clear/white, I have been exploring ways that a simple color change can mimic the movement of water while also ensuring that all of the conductive paths are relative straightforward.

This process has also included an exploration of type, where I have been assessing fonts based on how they may support conductive pathways. 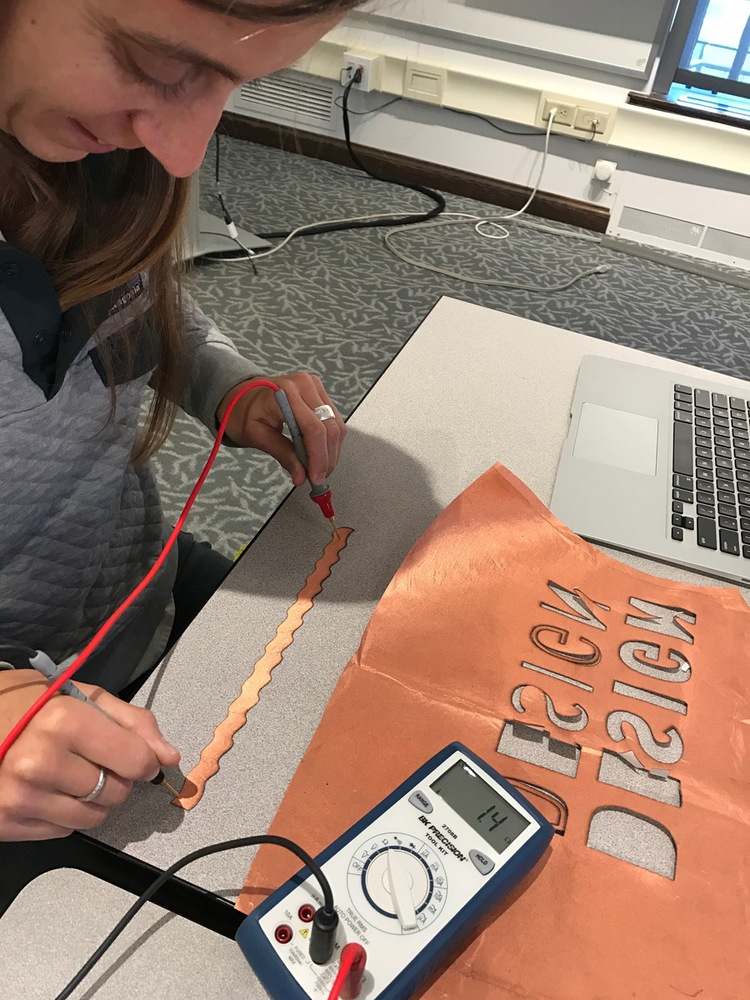 The project has not been completed yet, however I have settled on a design that I will fabricate over the next few weeks, illustrated below.

I’ve also included a video of the Arduino code I am working on to integrate the design with a proximity sensor, and sequence the animation of different wave designs in the final piece.

I really enjoyed this entire class and the process of exploring this process. I had not previously been aware of the potential of conductive materials in soft goods, and I am really excited to explore this area further. I am particularly interested in learning more about how this kind of technology could be integrated into wearables or help mediate our interactions with tradition tech. 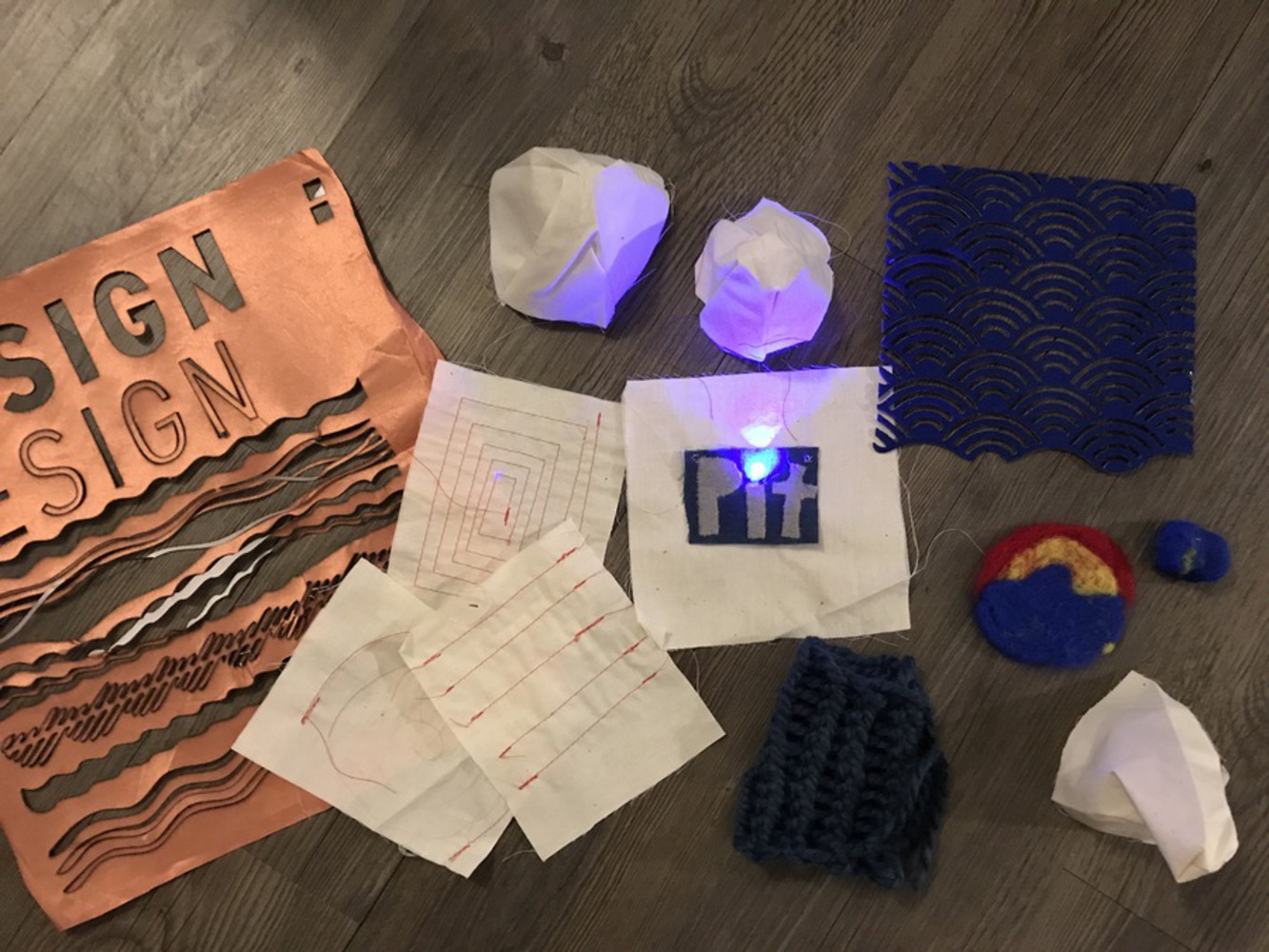