To reveal the mathematical nature of J.S.Bach's Canons on the Goldberg ground, BWV 1087.

Canons on the Goldberg ground, BWV 1087 by Glen Wilson

Audio: Canons on the Goldberg ground, BWV 1087 was composed by J.S.Bach and attached as the appendix of his “Goldberg Variation” in the form of fourteen canons. It is my favorite music piece because of, more than the melody, its mathematical nature. Bach has employed amazing techniques of which the most basic is called Canon Simplex. Notes in the lower staff is a upside-down version of those in the upper staff. Thus the melodies overlap one another in a reversed manner. A more complex rule mirrors the notes in the upper staff. The inversion follows the subject and its tempo is one-fourth slower. Another rule is called Double Canon in 4 parts, which is basically the same as the second rule. I want to visually illustrate the mathematical elements which makes the variation a unique masterpiece. 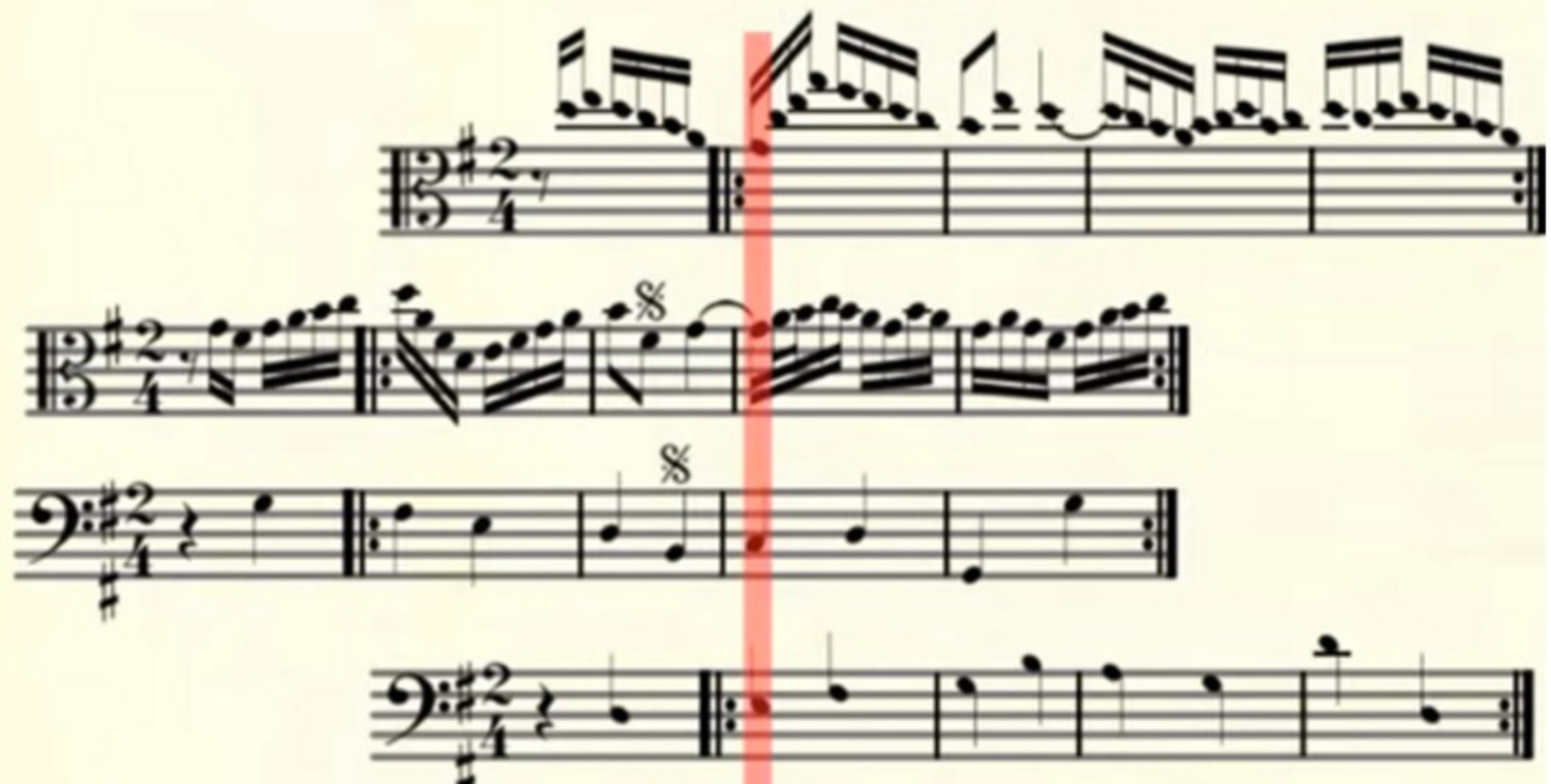 Product: The work is made up of origami-paper-made pyramids, sticked altogether by double-sided tape. In one plane there are six pyramids and in the other there are ten. The first plane is a visual demonstration of the Canon Simplex basically via its structure. The pyramids are divided into two rows and lie in a reversed order. The reversed order could be told by the colors and sizes of the pyramids: each pyramid in the upper row pair up with one in the lower row of the same color and size. Similarly, another plane showcases the second rule introduced in the first section. The pyramids are also divided into two rows while lie in a mirrored order. What’s more, the first pyramid in the lower row attaches to the fifth one in the upper row, a pattern that hints the tempo is one-fourth slower.

Approach: M.C.Escher frequently used the mathematical concept and integrated geometric patterns in his creation, representationally like Waterfall and Ascending and Descending. Inspired by his works along with the collection of “Explosion of Sound Sculptures” in 2007, I decided to create a geometry-related piece which also echoes the mathematical aspect of Canons on the Goldberg ground. Pyramid came into my mind because it physically looks like notes. In a row, the pyramids vary in sizes and some of them turn upside-down. The arrangement helps make the structure more dynamic.

Reflection: Bach’s Goldberg Variation is well-known for its complicated techniques that place the notes in particular orders. The structure of my work is explicit and clear, capturing the essence of the musical piece. So I believe it is easy to build a connection with Bach’s Canons on the Goldberg ground, BWV 1087 after viewing my work. The problem is that I have not paid much attention to the material. The original patterns on origami paper is not related to the content of my work and thus may be a little disturbing. For the next time, I may use another material that could help strengthen the theme of my work. 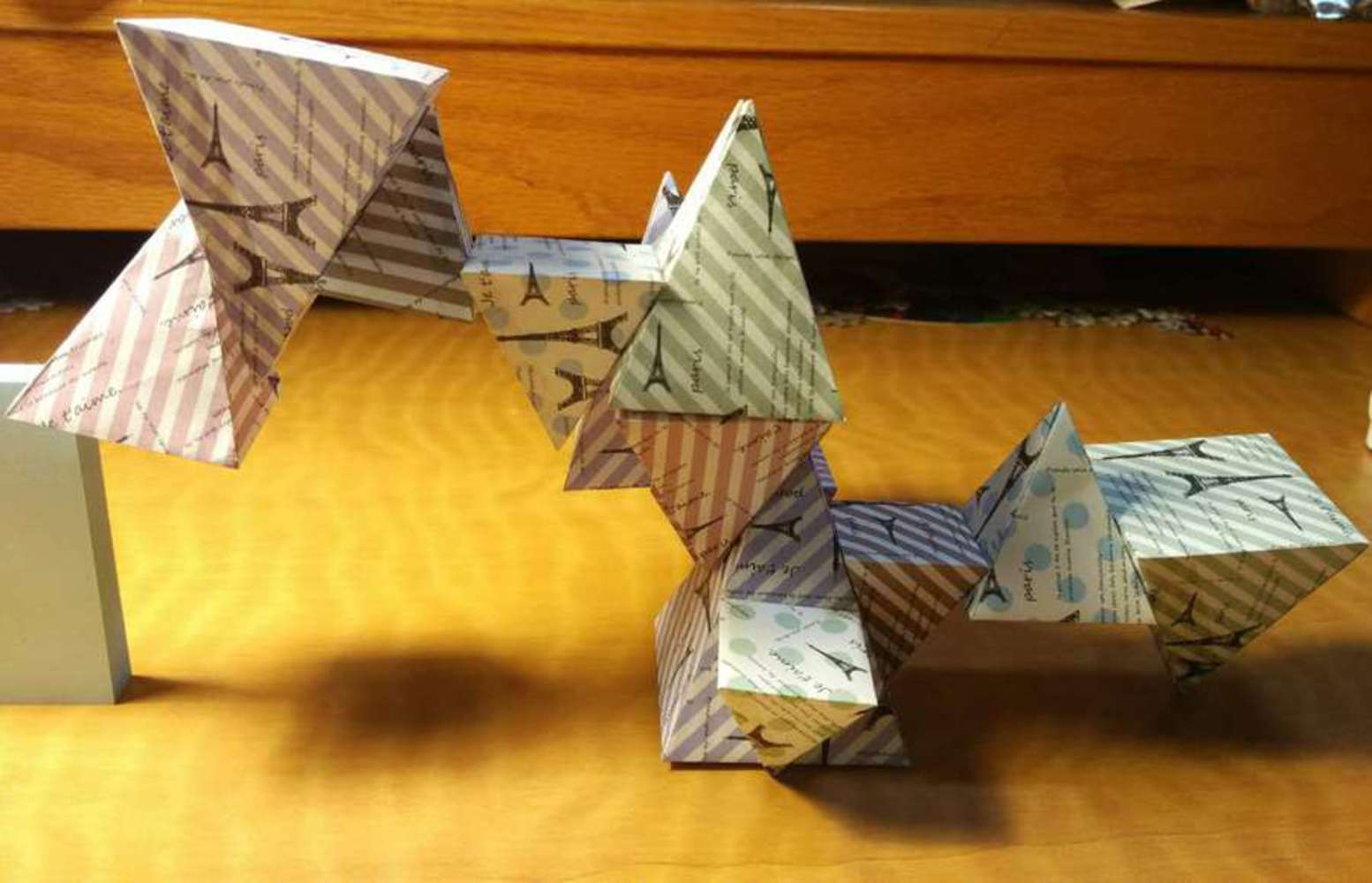 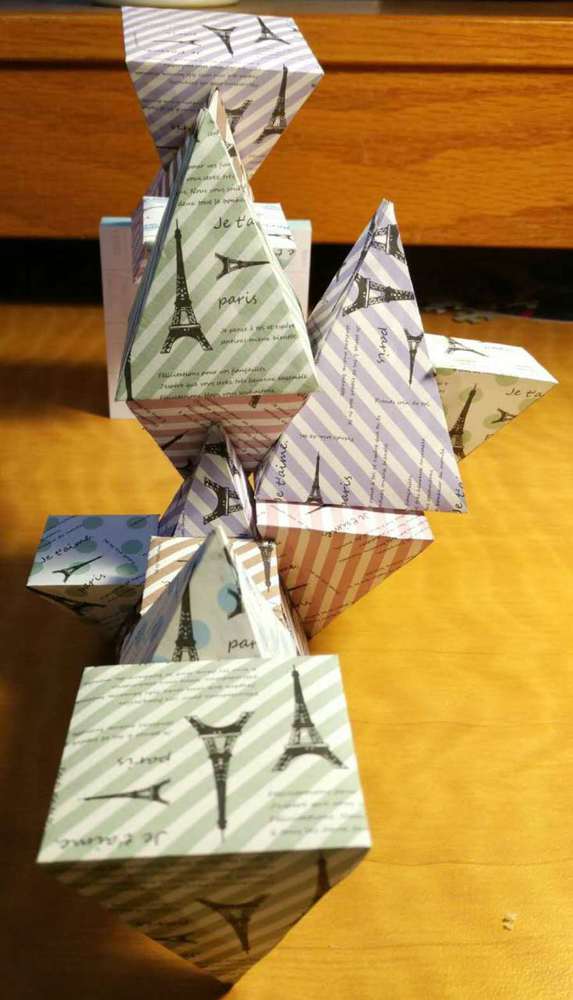 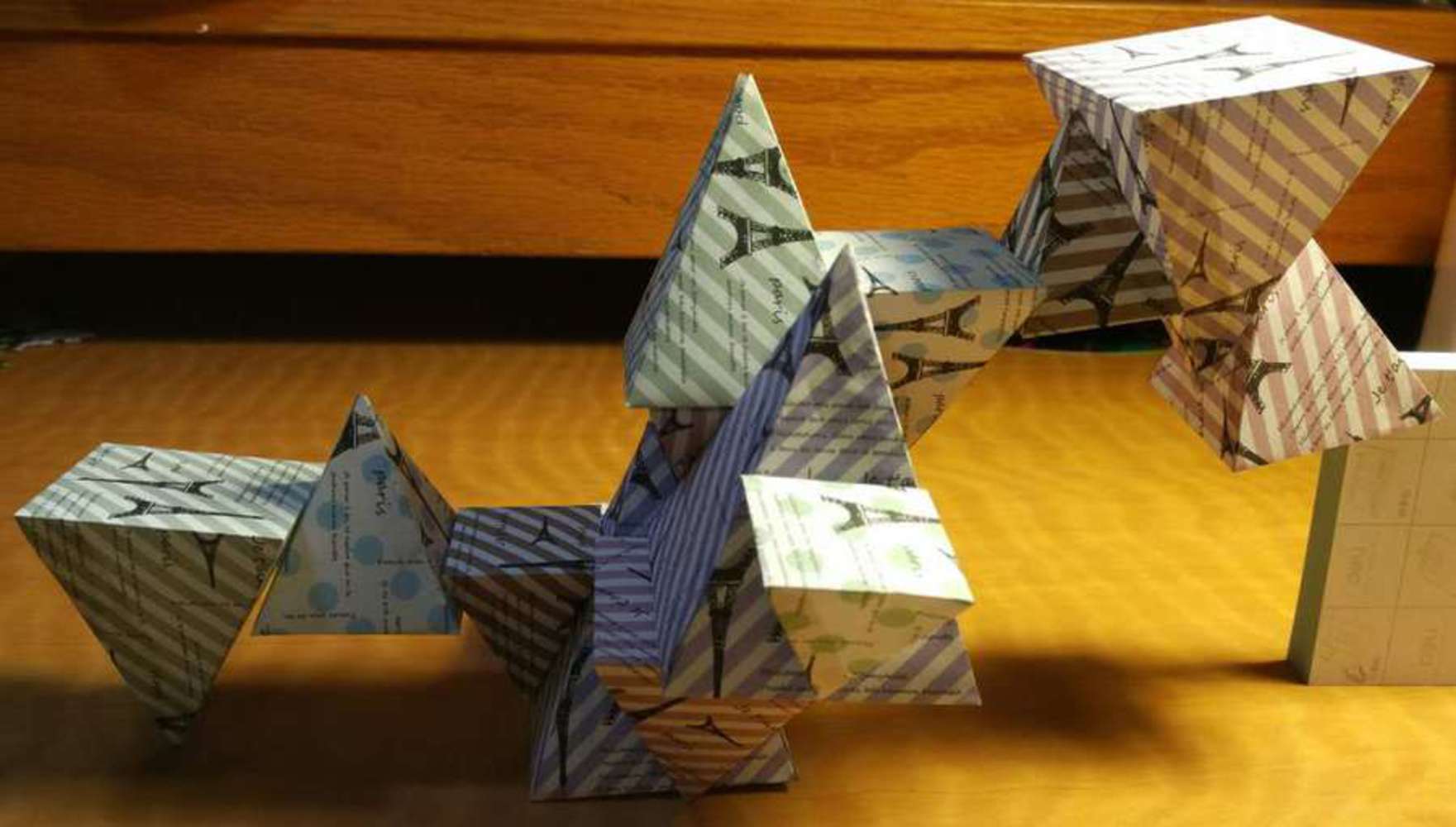 (The sticky note is used to support the structure)

To reveal the mathematical nature of J.S.Bach's Canons on the Goldberg ground, BWV 1087.