Made by Eunice Oh

The French photographer Henri Cartier-Bresson, later known as the "Father of Photojournalism," developed the street photography style. His photographs were mainly candid and succeeded in "capturing the emotion of a single second." He engaged the audience through his works by placing importance on the precise moment the photograph is taken rather than emphasizing the event where the specific moment takes place. His photography, in his words, were a "simple expression of truth."

Cartier focused on composition and what was actually happening at that exact moment. He did not believe in using flash or manipulating his photographs using the darkroom. He claimed that the photograph was something that could not be altered after it was taken and stated that content and form were inseparable.

The following photographs by Cartier captured these events very well in terms of portraying the exact emotion during that specific moment.

In the first photograph the emotions of these three men are very easily identified. The men, although they face the camera, they are not putting up a façade, but are in fact expressing their true emotions in this photograph. 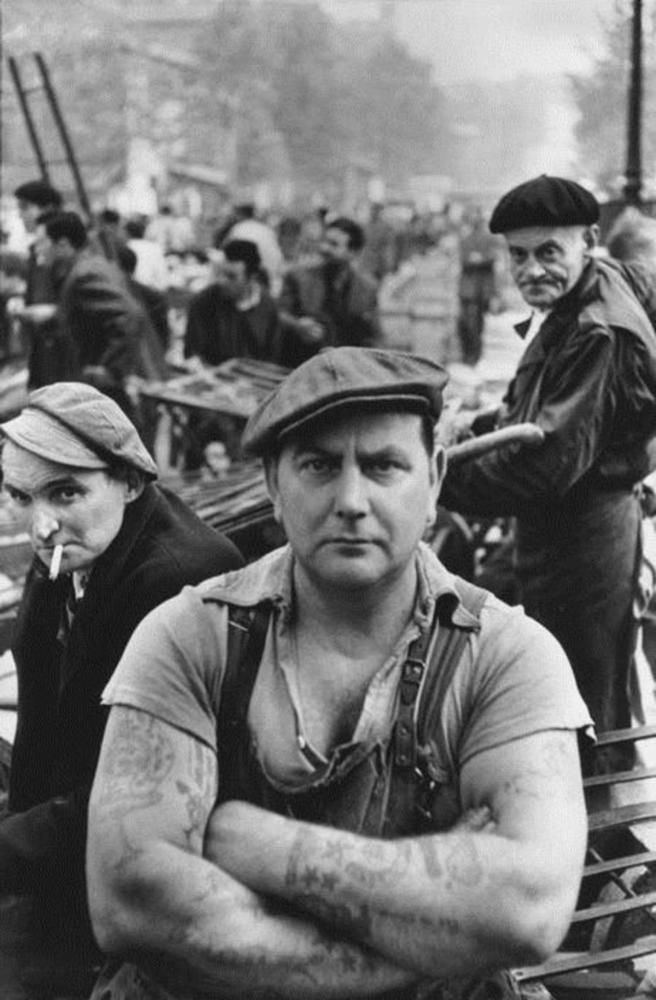 The second photograph shows a woman looking through silverware, hence the name, “Shopping for Silverware.” Unlike the first photograph, this woman is clearly unaware of the camera and is going about her business normally. This captures the element of a “candid photograph.” Every single motion of her body shows her interest in this silverware and Cartier managed to snapshot her exact emotions in the photograph. 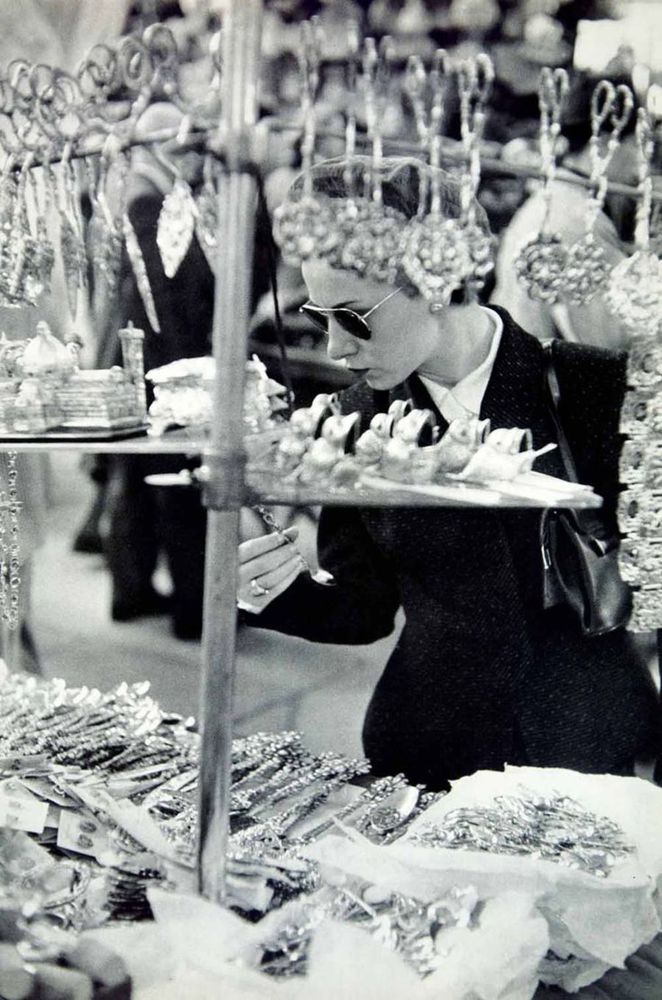 The third photograph takes place on the banks of the River Seine and has multiple subjects in the picture. Although their faces are not shown in the photograph, one can still infer their emotions through their actions. The scenery itself can also portray a peaceful atmosphere on this fine Sunday. Cartier made great use of not only the people’s movements but also the background where they are situated to depict what was actually occurring at the time the photograph was taken. 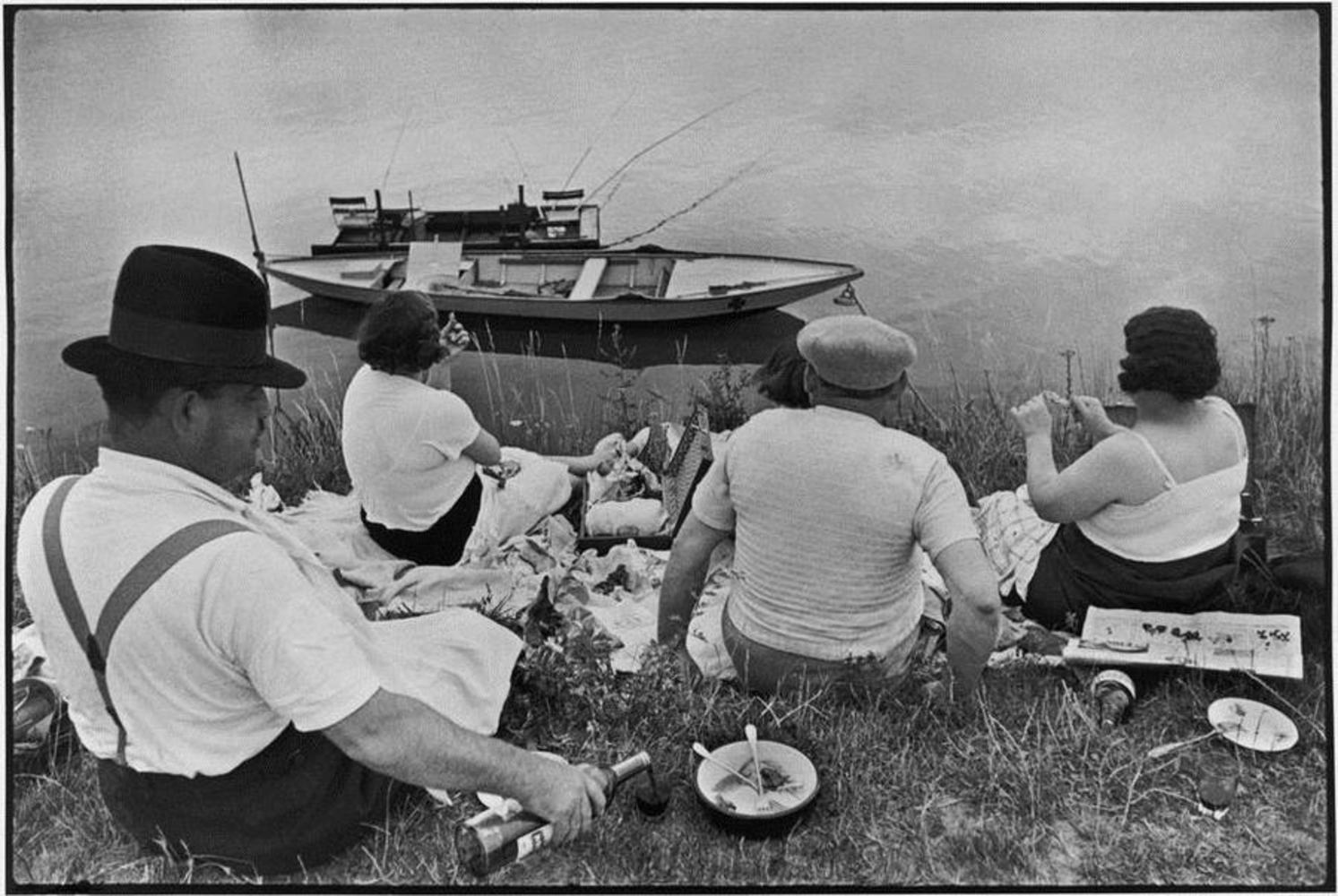 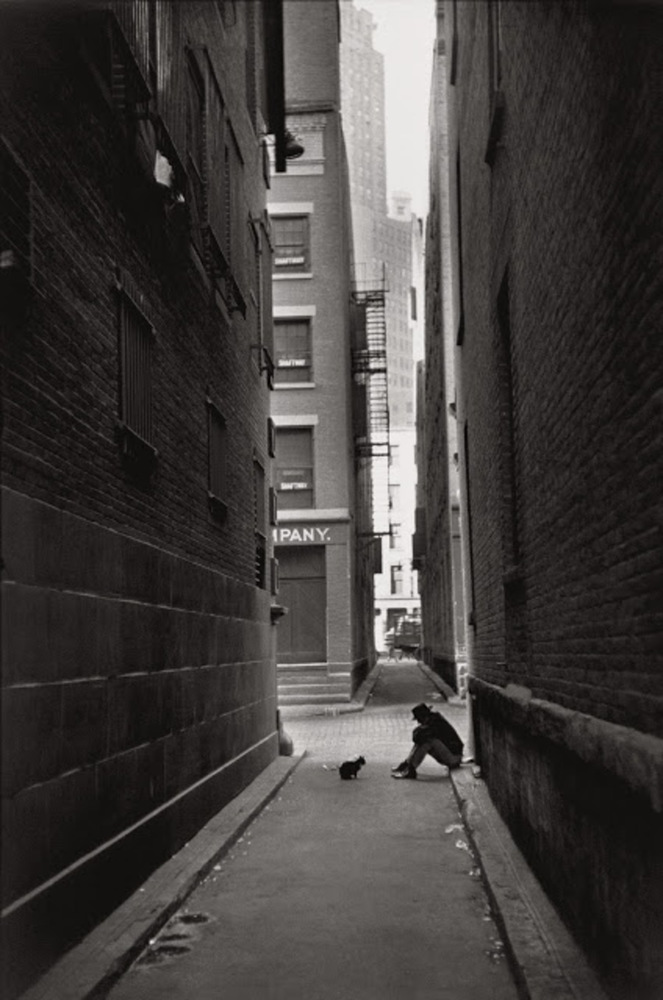 The last photograph displays a man turned around on a path of trees aligned symmetrically across from each other. In this photograph, Cartier explained that he had been walking behind this man when he suddenly turned around. This picture encompasses the candid attributes amongst almost all of Cartier’s photographs. 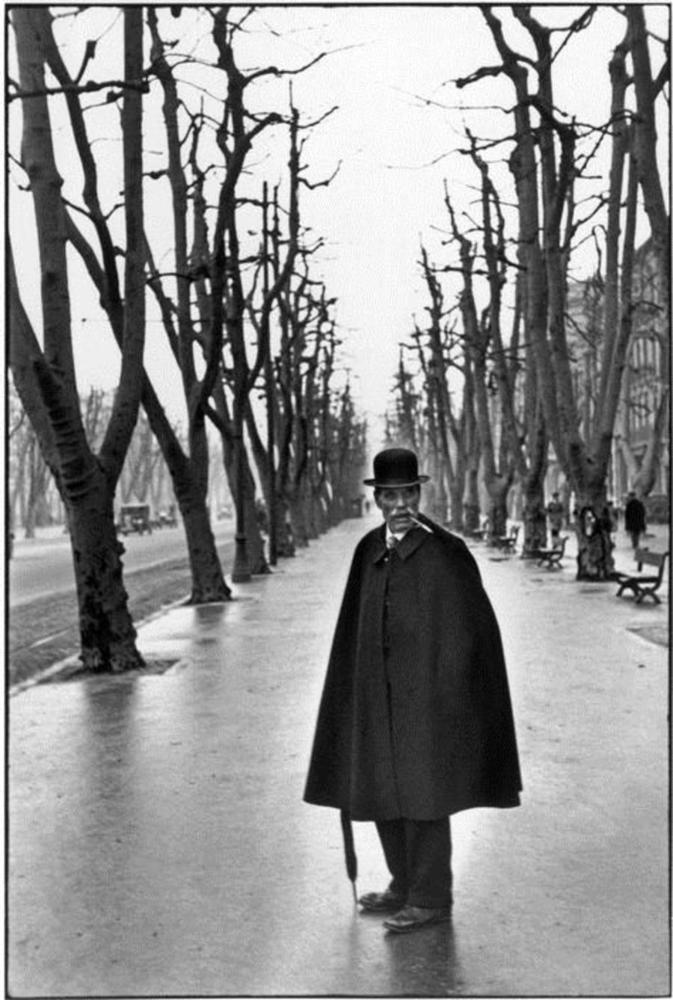 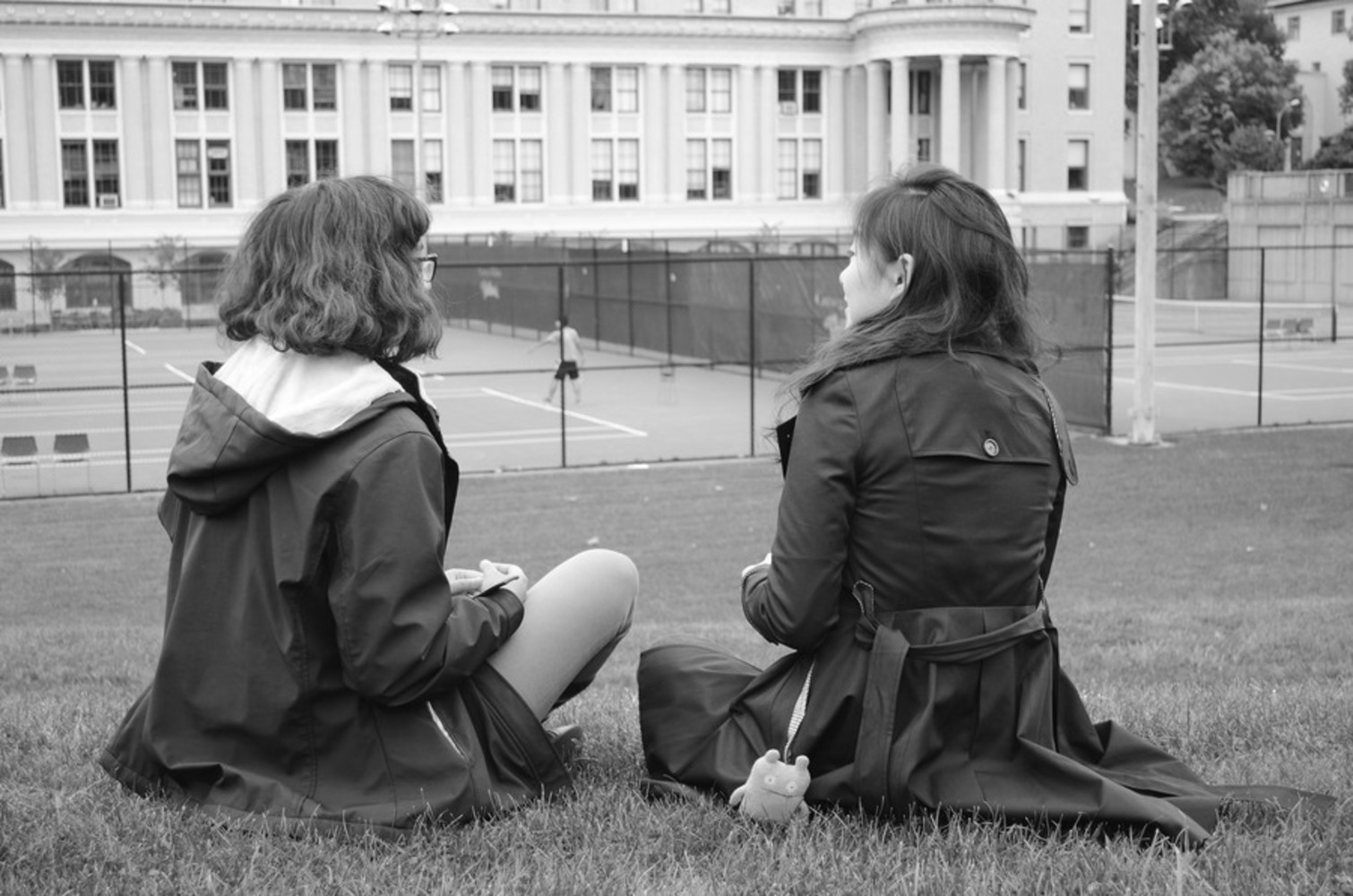 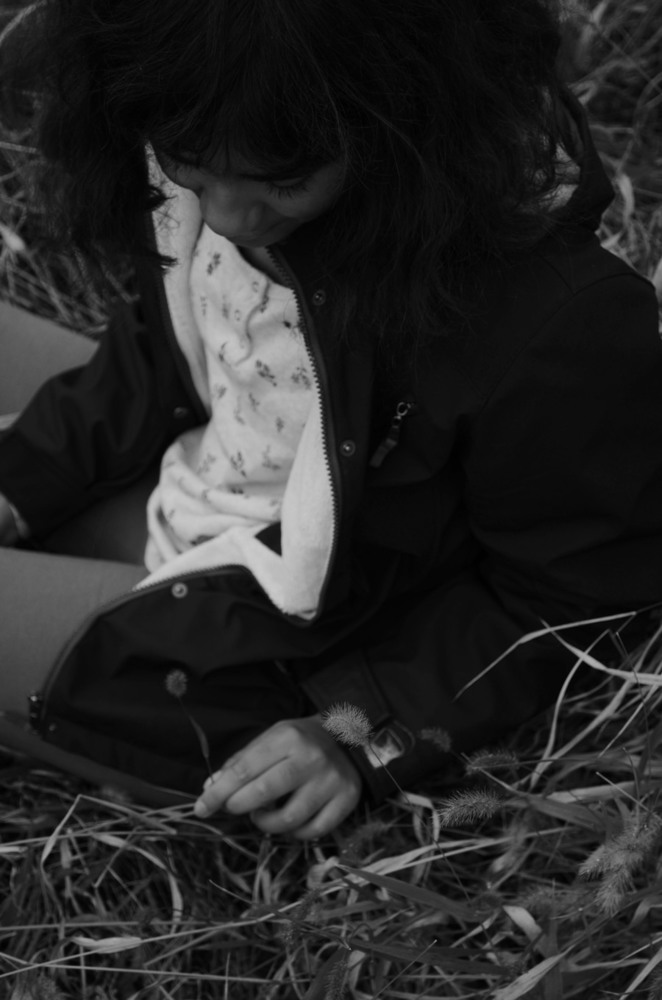 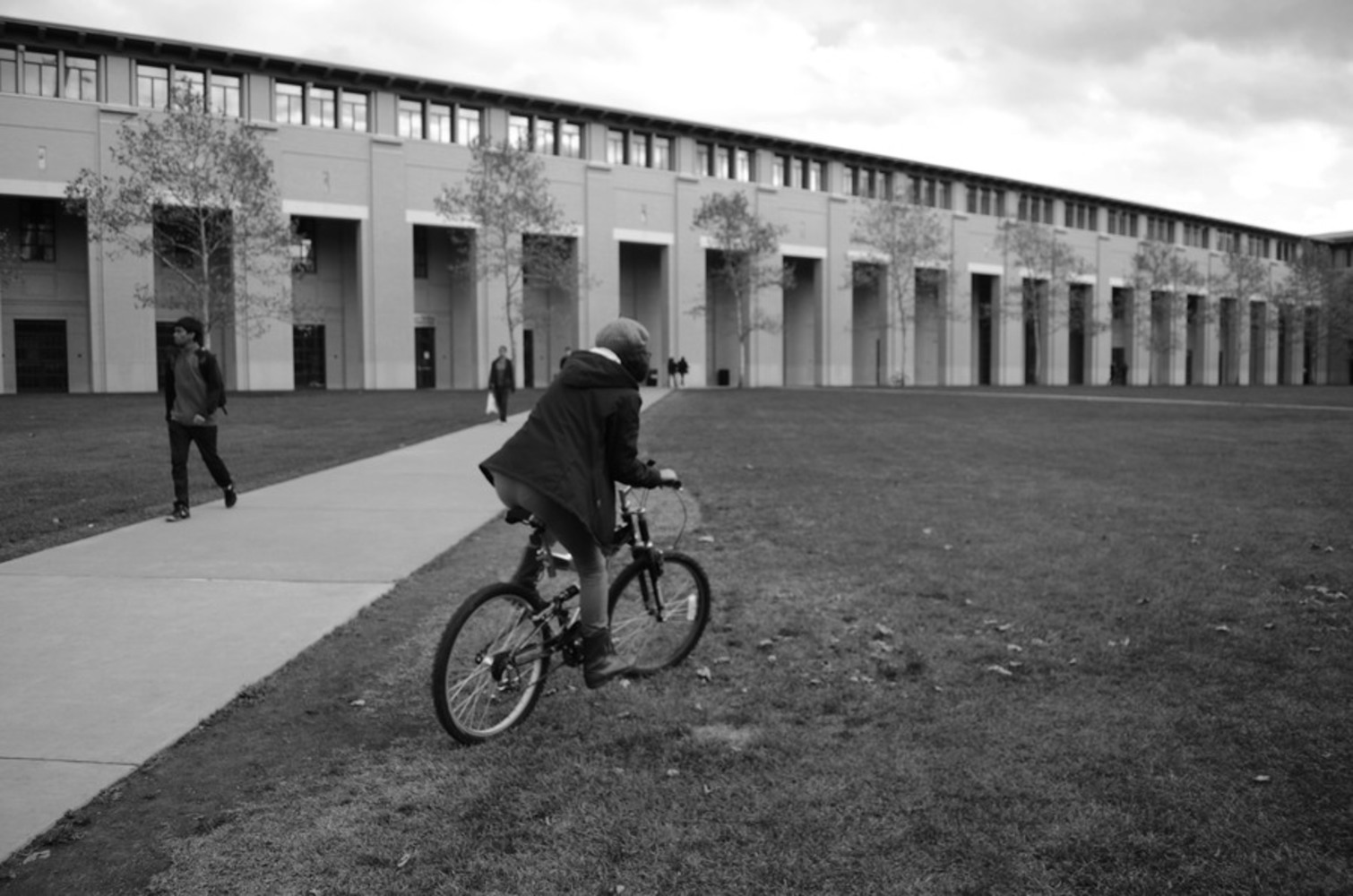 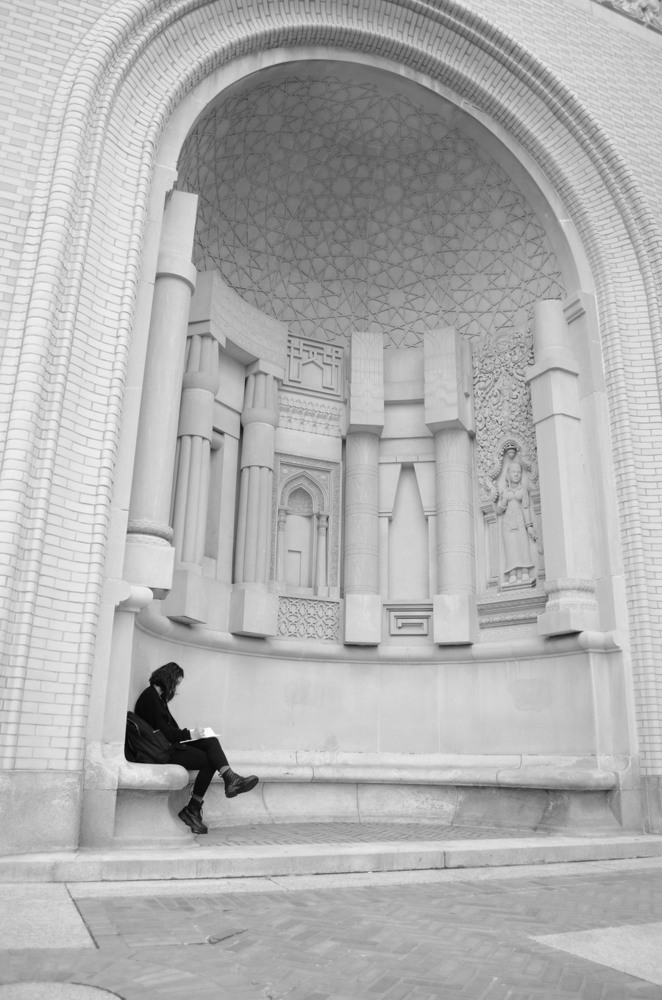 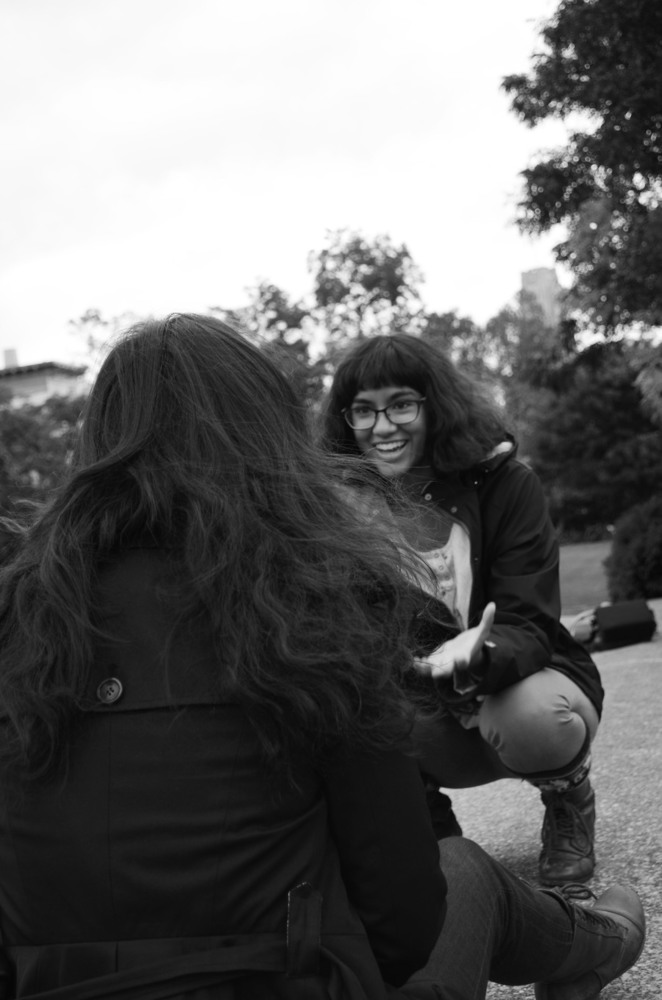 In order to emulate Cartier’s style, I focused on trying to take photographs of people doing everyday activities. For the first couple of photographs, I took pictures of two people talking to each other as if they were unaware of the camera. To make sure I captured the “decisive moment” of the shot, I instructed them to talk and later took pictures while they were deep in conversation. This ensured that they were more focused on the topic of conversation rather than me taking photos of them.

The next photograph shows a person looking down at the plants and checking them for herself. I tried to imitate the “Shopping for Silverware” photograph by having one subject focused on another object and examining it. This resulted in a somewhat candid photograph capturing the interest of the subject on the plants.

The third photograph shows the same model biking around campus, which required a faster shutter speed and smaller aperture to sharpen both the person and the background. This increased depth of field gave a sense of motion to the picture. Having people walking around the background of the photograph was unintentional, but definitely aided in making this picture more candid and natural.

The fourth photograph shows a girl sitting at the CFA arches completely immersed in her work. This was another attempt at a candid shot, but now I tried to incorporate her surroundings to add contrast. The vastness of the arches compared to her created a dramatic frame and added more impactful composition. This photograph not only encompassed the candid photo but also made use of the backdrop. The arch was difficult to shoot as it required me to step further away, but resulted in a very drastic but beneficial contrast in the subject’s size to the building.

The last photograph features the same two models from the first, only now one of their faces are visible. Her emotion during her conversation with the other person is evident to the audience and invokes a stronger reaction. Her excitement with the topic of the conversation is clearly shown on her face. I had to wait a while until a significant emotion appeared on her face and I was prepared to take it.

I tried to stay consistent with Cartier's style by not editing any of the photographs that I took. He refused to use any darkroom manipulation and to accurately emulate his techniques I, too did the same.

I really like the photo with the girl in front of CFA. I think it is interesting to me because of the contrast, and also her position. It looks like she's being devoured by CFA.