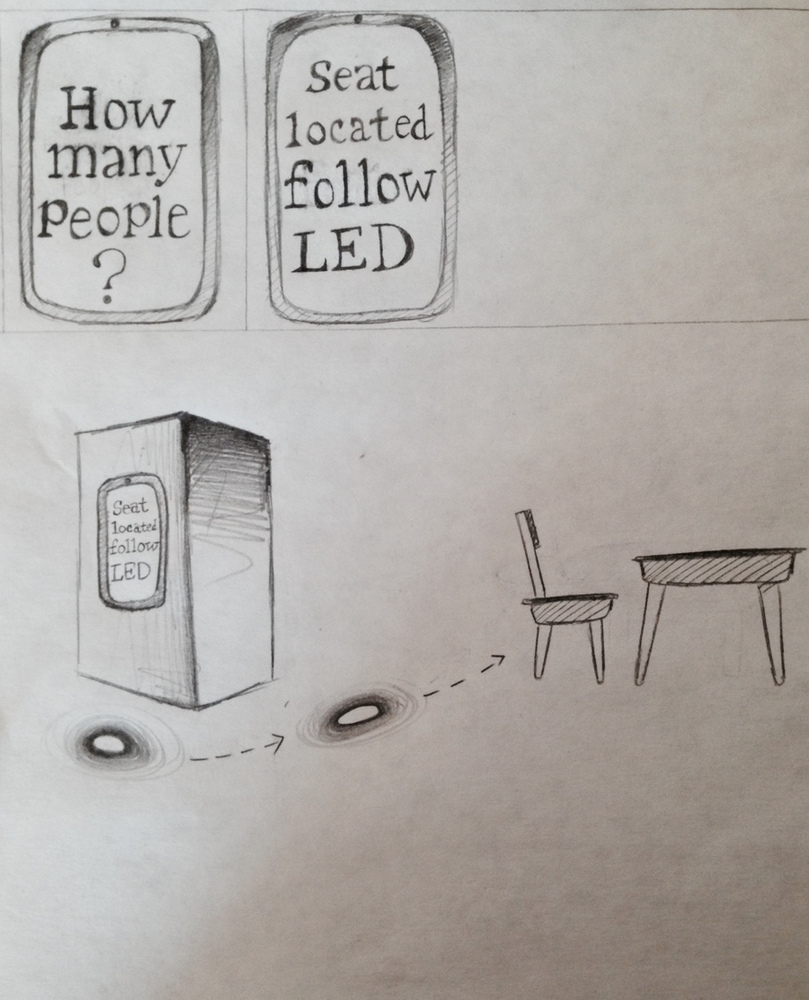 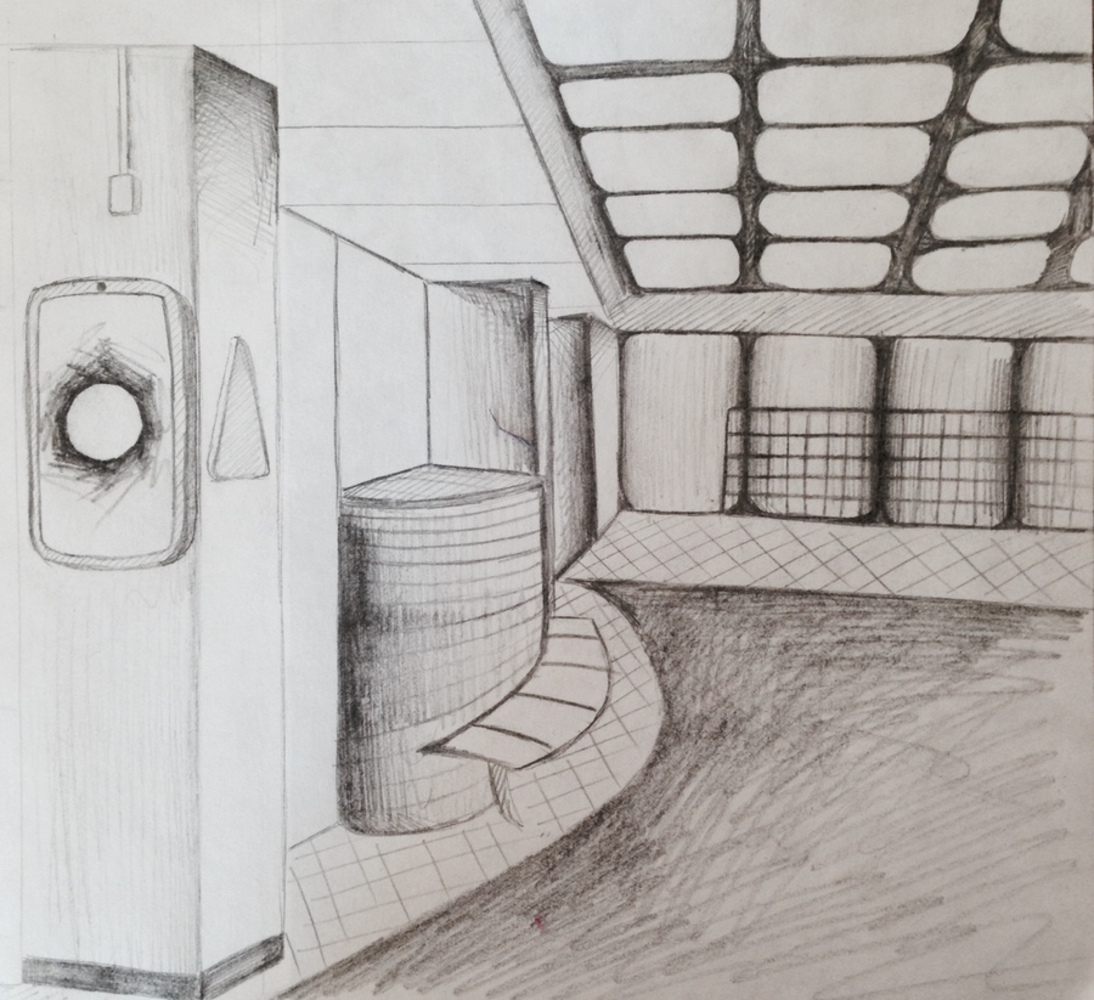 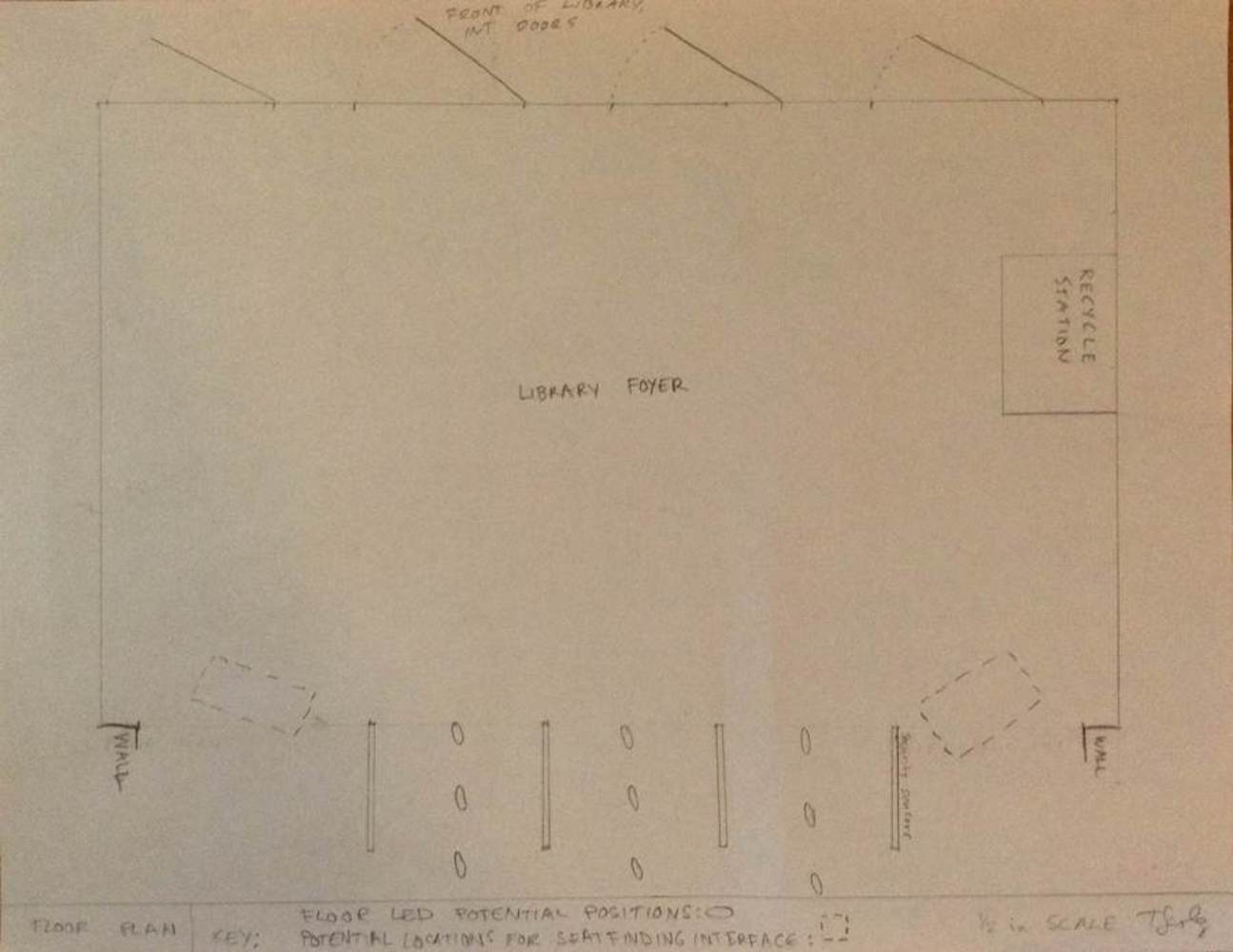 We observed students working and looking for seats on the upper floors of Hunt Library.

Something we noticed during our observation was that the way students found seats was very inefficient. From the first floor or stairwell it is impossible to see how full the upper floors are, and even once you’re on a floor most of the seating is around corners or behind bookcases, so that during busy times people tend to wander around for several minutes before finding a good place to work. What’s more, students typically take the first available seat they find, so that seats in places further from the entrance tend to stay empty because later on people see that the front seats are all taken so they tend to assume the floor is already full and leave.

We would like to change this behavior by guiding students to seats in a way that fills the available space efficiently and takes less of students’ time and attention. To do this, we propose an automated system that will sense which seats are filled with pressure sensors and use rows of LEDs between floor tiles to guide students from the library entrance to the kind of seat they want.

A simple, gestural interface at the entrance to Hunt will greet people as they enter. If someone chooses to interact with the interface, he/she may indicate whether he/she wants a general single seat, a quiet study seat, or a collection of adjacent seats for a study group. A kinect-style camera would read gestures:

- Group Study Seats: The number of members of the group shown by one’s fingers.

If the selection made is available, a single pale green LED lights up at the user’s feet, beckoning the user to stand on it. If the selection is unavailable, the LED will be red instead. If the user stands on the green LED, it sends off a pulse of green LEDs along the floor tiles, reminiscent of a sort of domino effect with LEDs. This pulse progresses at around walking speed, beckoning the user to follow. As such, it directs said user to the kind of seat he/she asked for and dies out.

If the user occupies the seat he/she was directed to, the pressure sensor underneath activates and the overall system recognizes the seat as occupied instead of empty. If the seat is relinquished for a period of time greater than 15 minutes, it returns back to the pool of empty seats.

This system requires no virtually learning curve, and will be fun and delightful for a user to engage with. It will also solve the very real problem of finding study space at Hunt by centrally organizing seating. Instead of searching the entire library, a user can directly walk to an empty space and start working. Furthermore, by aggregating single users into single empty spots, the system discourages them from occupying entire tables for themselves, thereby leaving said tables for larger groups. Last but not least, by directly turning a user away when his/her selection is unavailable, the system saves him/her the time of searching the entire library in vain.

Thanks for all the input! There are a couple recurring points I see in the comments so far:

> LEDs might be too attention-grabbing, so how can we guide people to seats without distracting people already at work?
> A system of pressure sensors would be expensive and problematic, so what's the best way to tell which seats are occupied?
> How can we accommodate students who just want to go to one of their favorite spots?

These are good points and I don't know that I have answers for them now (though there have been some great suggestions).