Identify a perceptual trick (Zöllner Illusion) and trace examples of its effects and use in (media) artwork. 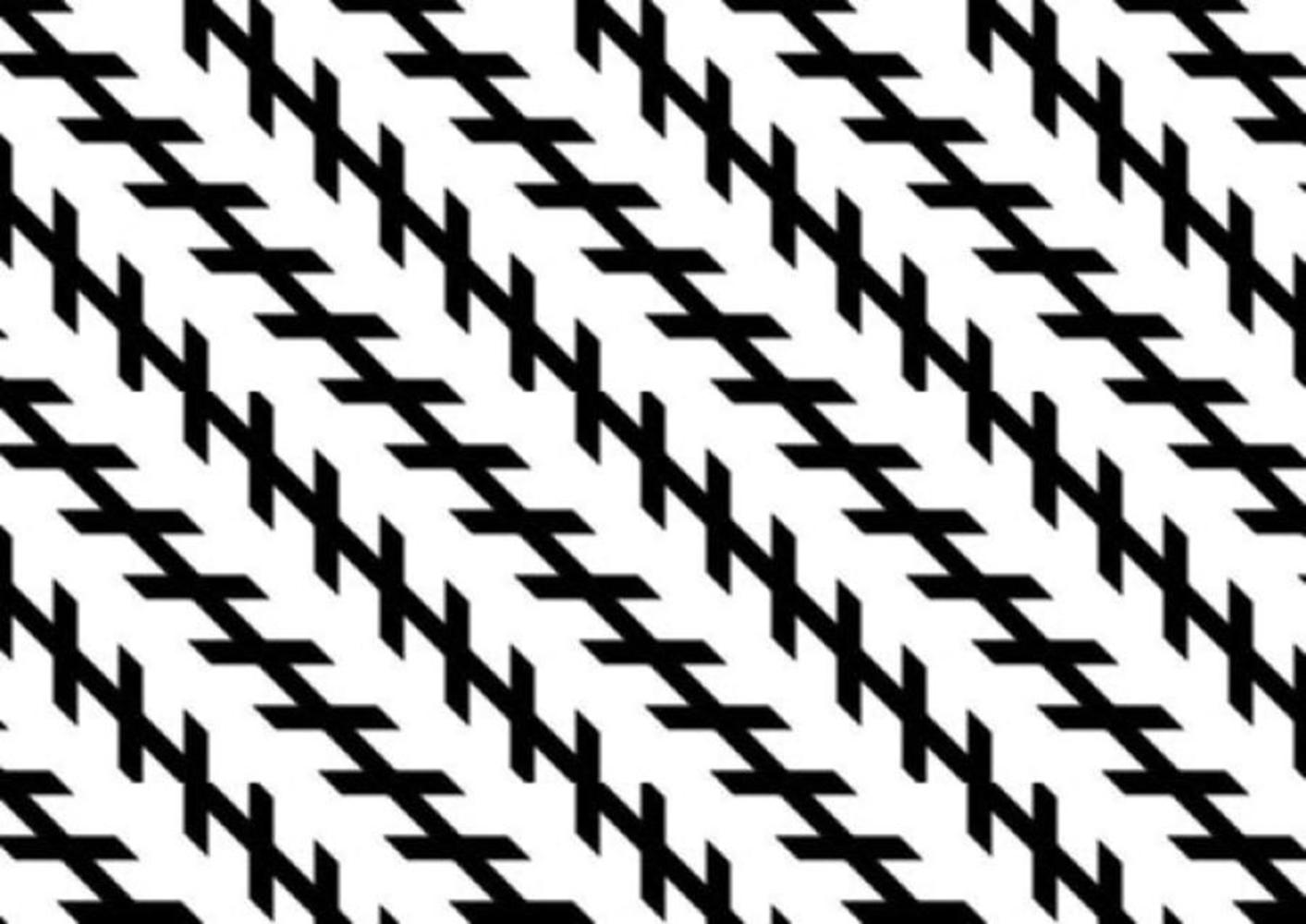 Above is what's called the Zöllner Illusion. It was named after the German astrophysicist who discovered it: Johann Karl Friedrich Zöllner. He discovered it in 1860. At it's core, it is a bunch of parallel long diagonal lines being intersected by a even more smaller, angled lines, which makes the larger parallel lines look not parallel. However, the farther you are from the picture, the parallel lines become more apparent. Also, the illusion does not persist when the smaller lines are of equal red and green values. Currently, there seems to be speculation as to how the illusion actually works. Some say that it has to do with our perception of depth. It could also be the way the brain processes angles. As explained in the video we saw in class, we try to make lines we see more vertical or horizontal than they actually are, meaning that we try to make things nice and 90 degrees. "The reason for this illusion is that the brain tries to bring the angles between the short lines and the long ones closer to 90°, thus "tilting" the lines toward one another" (thebrain). In 2000, two Japanese researchers experimented with this illusion and concluded that "the surprising evidence that at least three neural mechanisms are underlying the Zöllner illusion, two of them being the acute-angle expansion and one being the acute-angle contraction" (psy). Jonahkagan's website states that the Zöllner Illusion is a '2-element tilt illusion'. He says that scientists hypothesize that the effect of the Zöllner Illusion is caused by 'acute-angle expansion', which are created by the intersection of diagonal lines with the center line, which seems wider than it is. There is also another phenomenon called 'acute-angle contraction' which is the opposite of expansion. He says that expansion and contraction are caused by different parts of the diagonal lines and scientists believe that they are "caused at different levels of the visual processing system". Expansion from low level processing and contraction from disparate sectors of the visual field. Again, he speculates as to why these effects occur and ultimately leaves it up to scientists to figure that out.

One potentially unintentional application of the Zöllner Illusion is with lamps and a bookshelf behind the lamps with angled books. There is actually a research paper on researchgate about this. 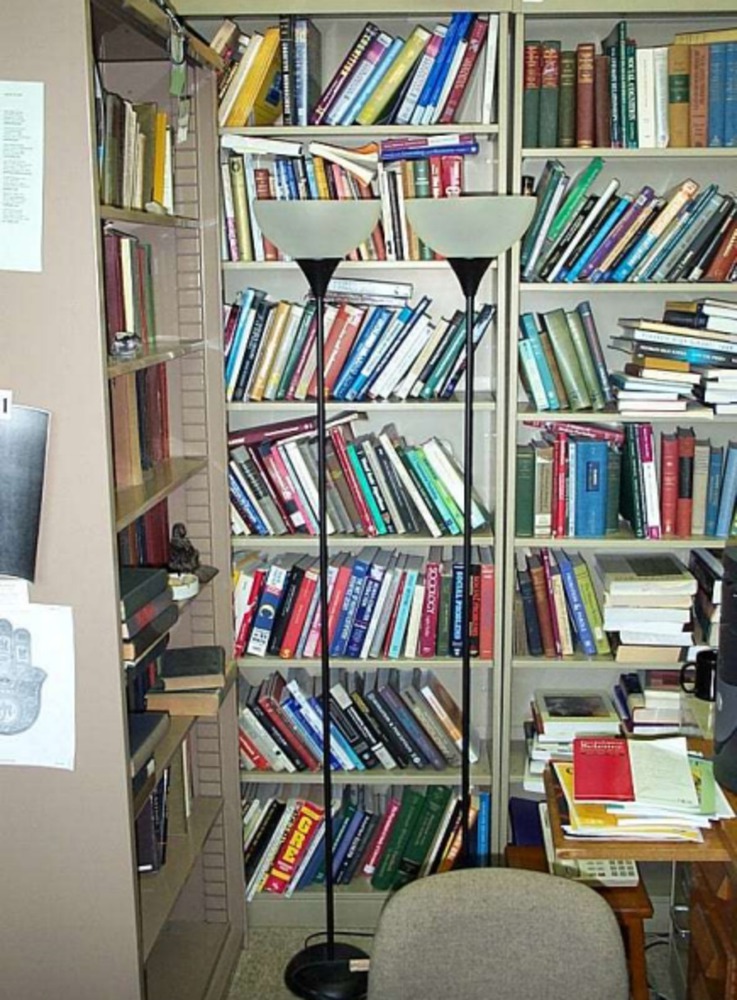 Another piece of evidence of the Zöllner Illusion being seen in the real world is this building in Melbourne Australia. It's the Port 1010 building. The design on the building is that of the "Café Wall" which is a kind of Zöllner Illusion. 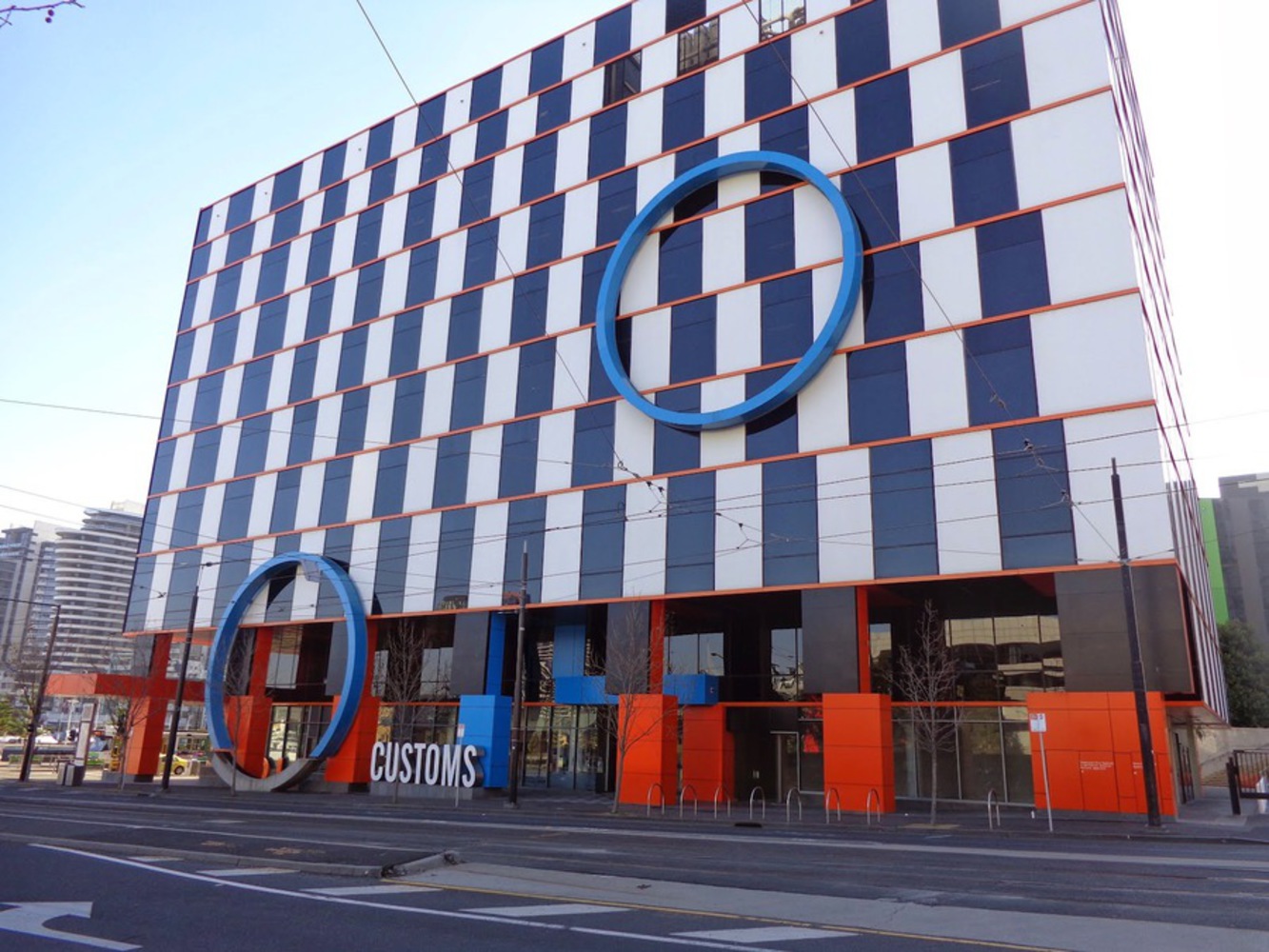 As I stated earlier, the "Café Wall" is a type of Zöllner Illusion. 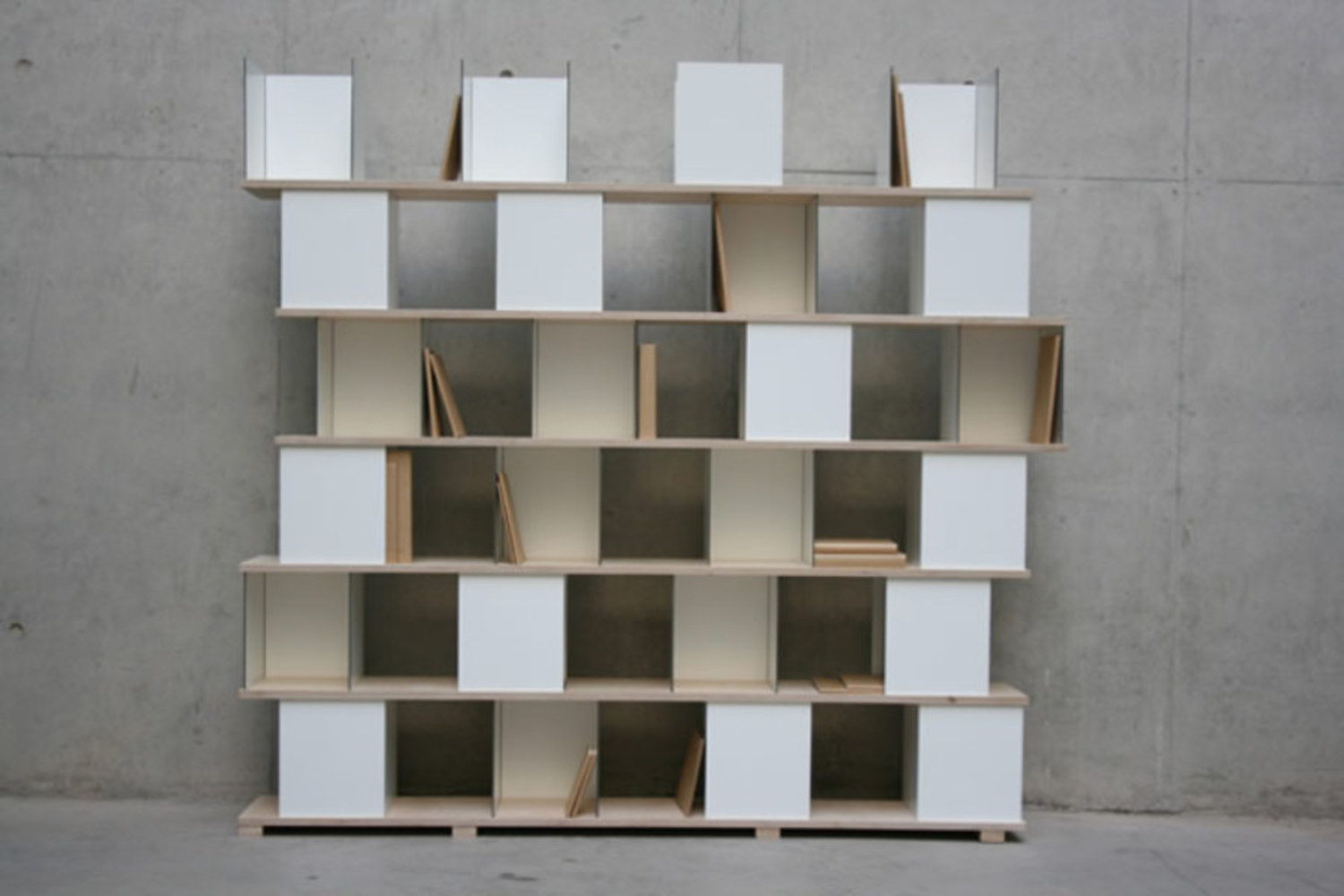 And this carpet was designed straight from the Zöllner Illusion. Both of these are household furniture items designed by an artist to have the consumer display the actually functional piece of furniture. 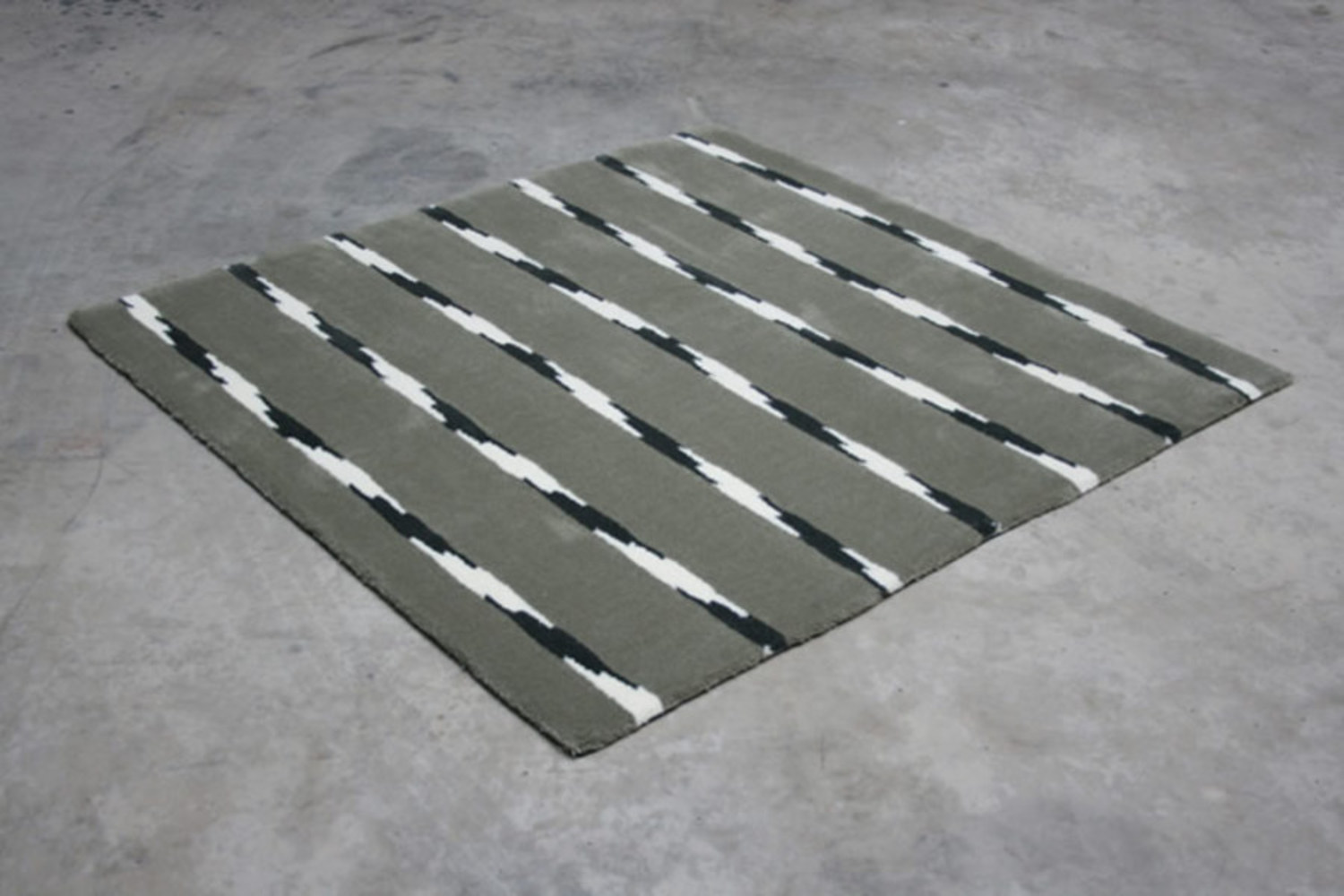 And while this last one isn't a Zöllner Illusion, the same type of artwork can be made with it. Instead of saying 3 vs 4, say parallel vs non parallel where one sees the smaller angled lines and the other doesn't. Then the intentional effect would then be a bit different than the quote. It'd say "sometimes there are things in your way that distort what's actually in front of you". 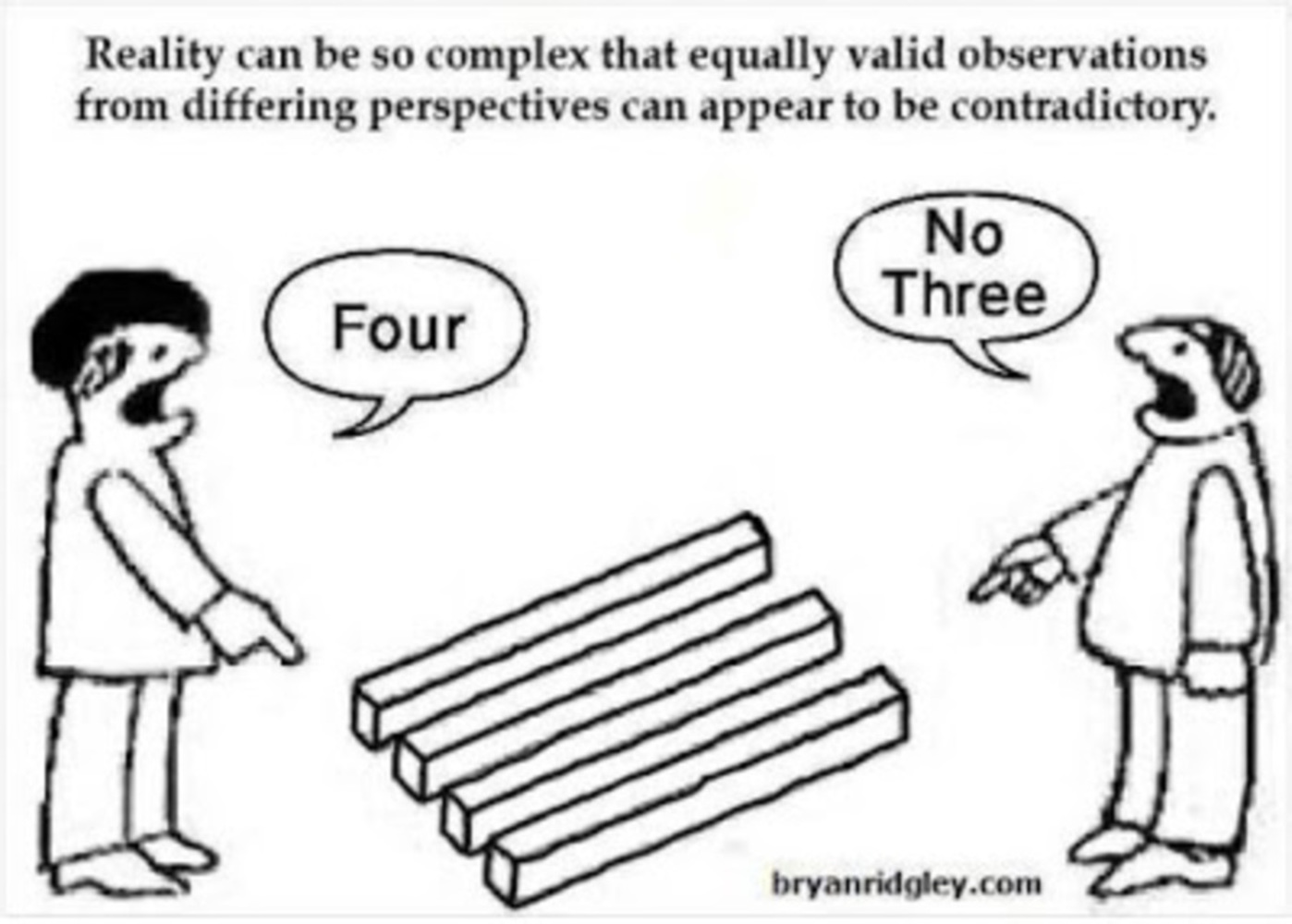 I already knew optical illusions were extremely cool because they were "all the rage" back in middle school. However I never knew how they worked. I didn't realize that our eyes don't really catch everything and that our brain fills in a lot of the gaps, and so these optical illusions exploit that. It really shows a relationship between the arts and the sciences.

As for the Zöllner Illusion specifically, I had actually never heard of it or seen it before so everything I reported on is brand new to me. Perhaps the most interesting fact I read about was that the effect goes away when the smaller lines are red and green. Unfortunately, I couldn't seem to find a picture of this.

If I had to create a piece using this, it'd be what I described with the last picture.

While this project did a good job of condensing the explanation of the phenomenon in a concise way, I was left a little uncertain about the scientific technicalities behind why we try to see 90 degree angles, or why the illusion fails when the smaller lines are of equal red and green values (what does that mean exactly either?). In addition, I would've liked to see a bit more elaboration on the acute-angle expansion/contraction, which seem paramount to unraveling the mechanisms underlying the Zöllner Illusion.

Actually, going through this project suddenly reminded me of a phenomenon I learned about in a high school psychology class which really intrigued me. After some Googling, this phenomenon is called the vertical-horizontal illusion, which reveals our tendency to overestimate the length of a vertical line relative of a horizontal line of the same length. This illusion also has much to do with how we interpret angles, and our tendency for nice, 90 degrees; however, interestingly enough, there are studies that show cross-cultural differences in susceptibility to the vertical-horizontal illusion, as people from Western cultures and residing in urban landscapes are more susceptible to the illusion than those living in eastern or open landscapes. I wonder if perhaps the Zöllner Illusion also has such cross-cultural discrepancies?

Identify a perceptual trick (Zöllner Illusion) and trace examples of its effects and use in (media) artwork.