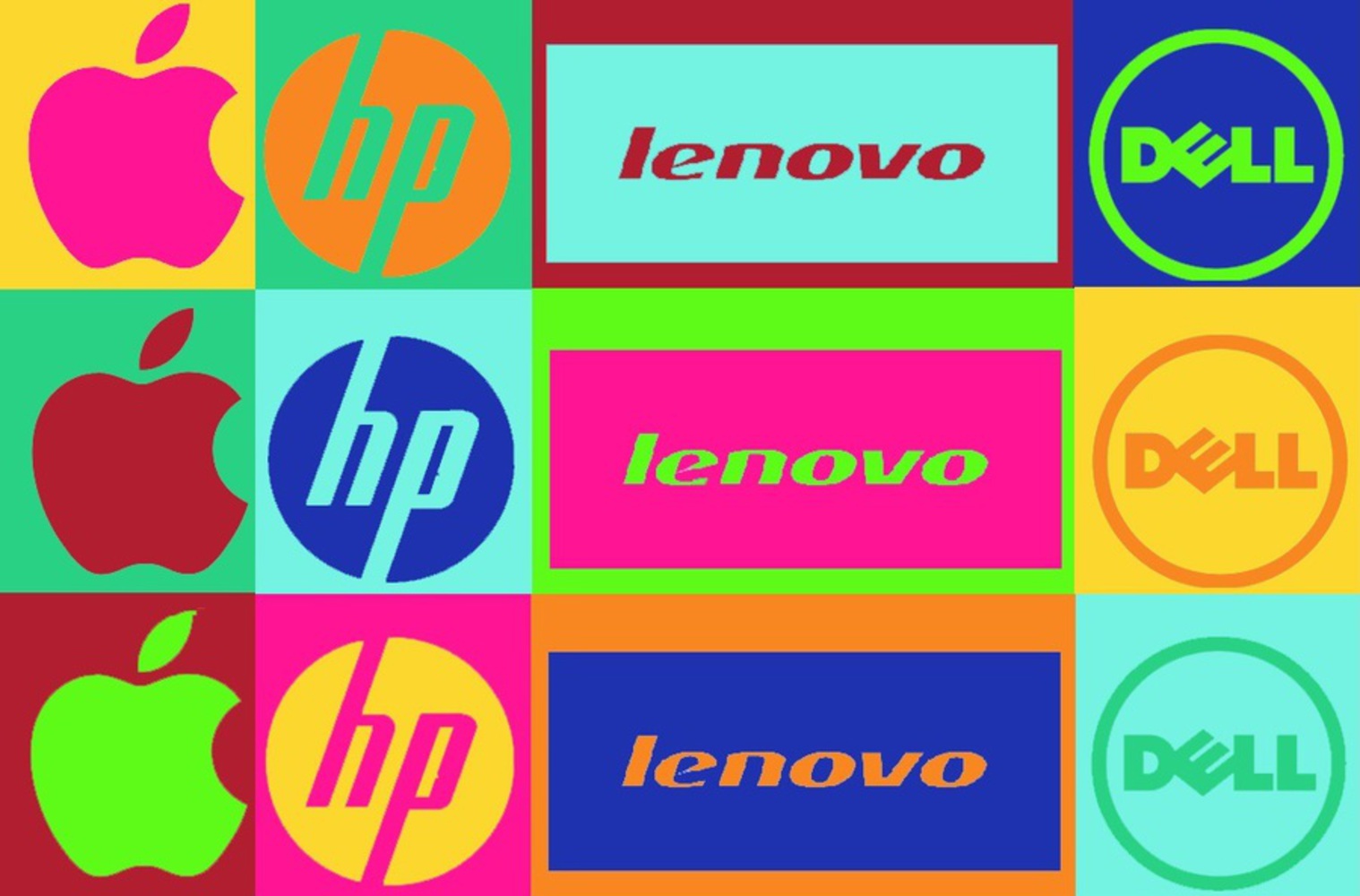 My goal was to combine Andy Warhol's artistic techniques with his messages about consumerism and repetition to create a modern day pop art composition. When I thought about modern day consumerism, I immediately thought about technology, specifically computers. I chose computers because they were not accessible to the average person during Warhol's time, so I wanted to simulate a piece of art that Warhol might make had he lived until today.

Like Warhol's piece with the repeated Campbell's soup cans, I repeated each logo three times to give a sense of mass production and monotony. After all, laptops are so common nowadays that we don't top to consider them anymore, just like no one stop to consider the art of a Campbell's soup can back in Warhol's time. By repeating elements, my piece sends the message that laptops are so commonplace now that they have seamlessly blended into our consumerist lives.

Drawing inspiration from Warhol's Marilyn Monroe pieces, I chose to use discordant colors within each row, making sure that all the rows used the same eight colors. Most of my colors are bright, just like the colors used for the Marilyn Monroe compositions. This was a conscious choice; just as the uncomfortably bright colors in the Marilyn Monroe piece signified a hidden sadness under all the glamor, so the discordantly bright colors in my piece signify an unappreciative consumer culture under the excitement of new technology. We say our oohs and aahs at new technology, but at the same time we complain about how much we hate how the page scrolls or how weird that one widget looks. Clearly, we do not give technology the credit it deserves, and I hope that my composition can convey that message.