Made by Noah Alexandroff

I made this clock for my girlfriend. She is related to the people who own Wholey's fish market in the Strip District of Pittsburgh, therefore, I put the Wholey's fish sign at the center of my clock.

I also wanted to utilize circular symmetry to enable viewers to tell the time without the use of numbers. 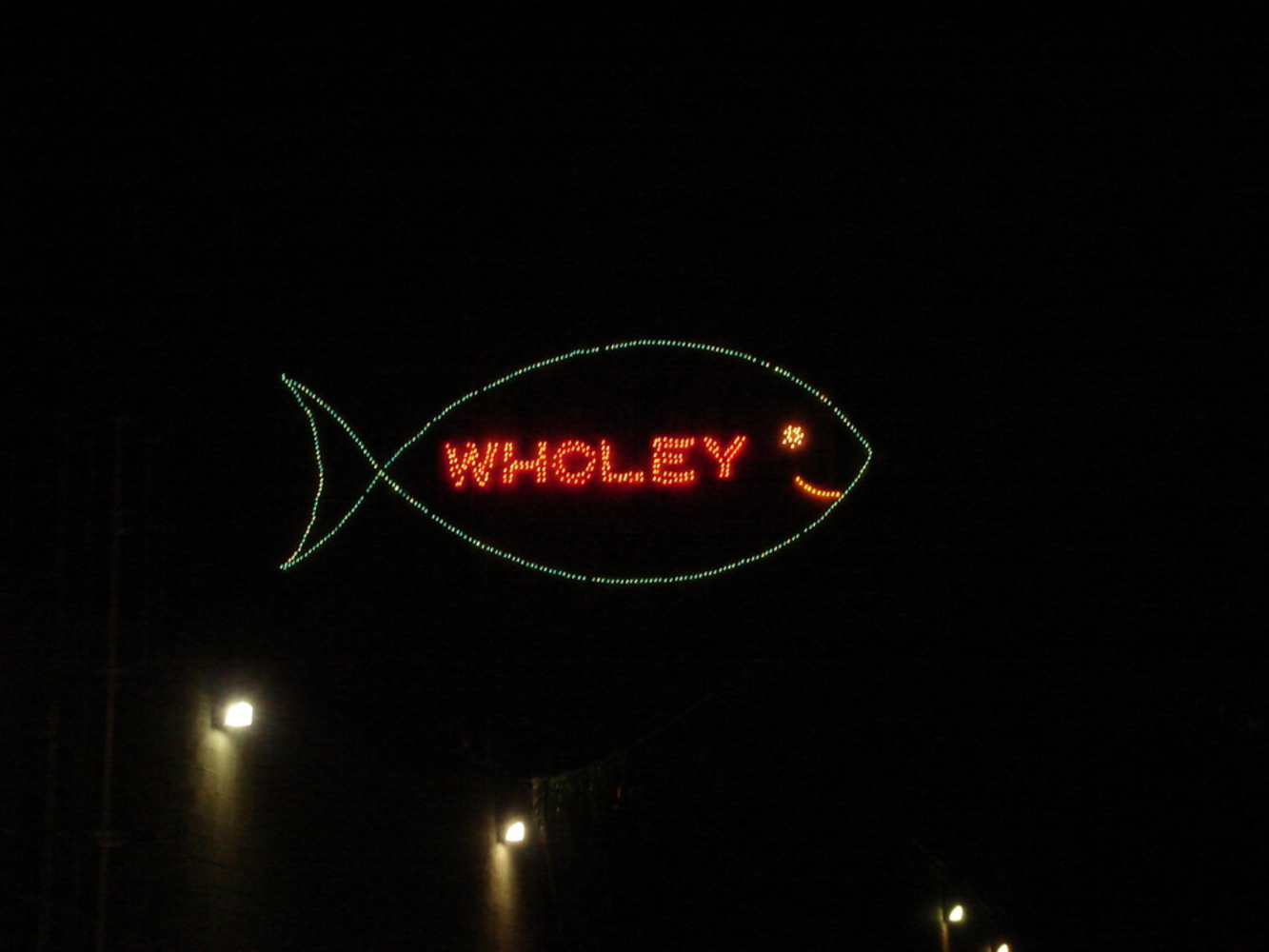 Like I said above, the main idea for this project was to incorporate the Wholey fish logo into the clock design. The engraved semi-circles and the arms coming from the fish logo each represent the new hour on the clock, enabling viewers to accurately tell the time.

1.) I first started by sketching out possible designs based on the specifications stated above.

2.) I entered Fusion 360 and modeled the clock. I had to make sure that the clock I was going to make would be able to fit the actual dimensions for the materials I had available to me, so I decided upon the clock having an 11 inch diameter and for the hole in the middle for the clock hands to be 1 centimeter.

3.) After making the initial circle for the clock to be in, I imported a photo of the Wholey's sign and used the splice tool to create the shape I wanted. I then started messing around with different combinations of circular symmetry in an effort to create a visually appealing clock.

4.) I ultimately decided upon the design that I created, and went to print it by exporting the sketch as a dxf file.

5.) My first attempt was a failure, because some of the components to my clock (e.g. the engraved semi-circles) weren't registering as closed paths in the LaserCut program.

6.) I then had to manipulate the file that I had in Fusion 360 to allow for the sections I wanted to engrave have the ability to do so.

7.) I realized that the most efficient way of doing this was to have my clock have multiple layers its different sections.

8.) Since I made this clock with different layers, I had to glue them all together and put the clock kit through all of them. 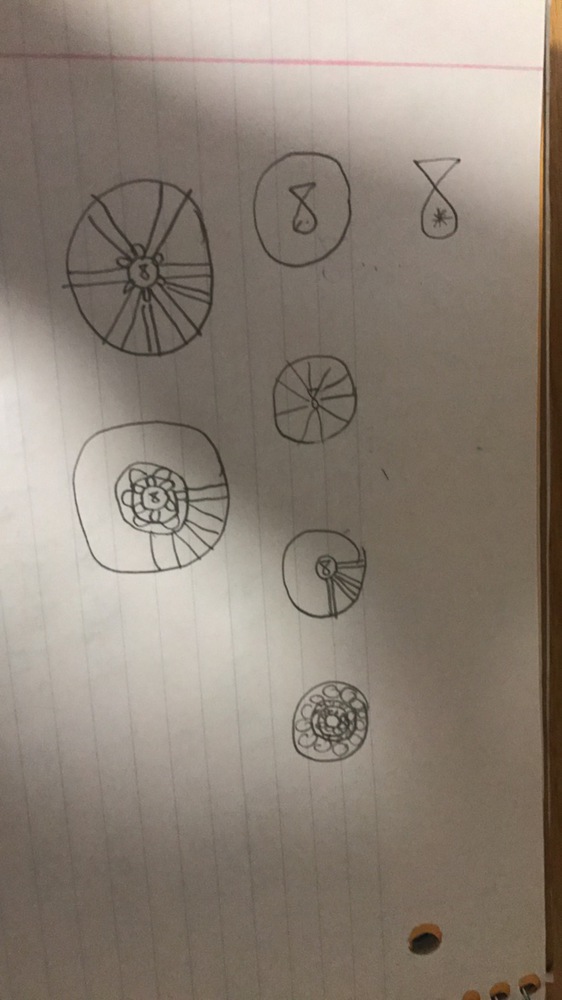 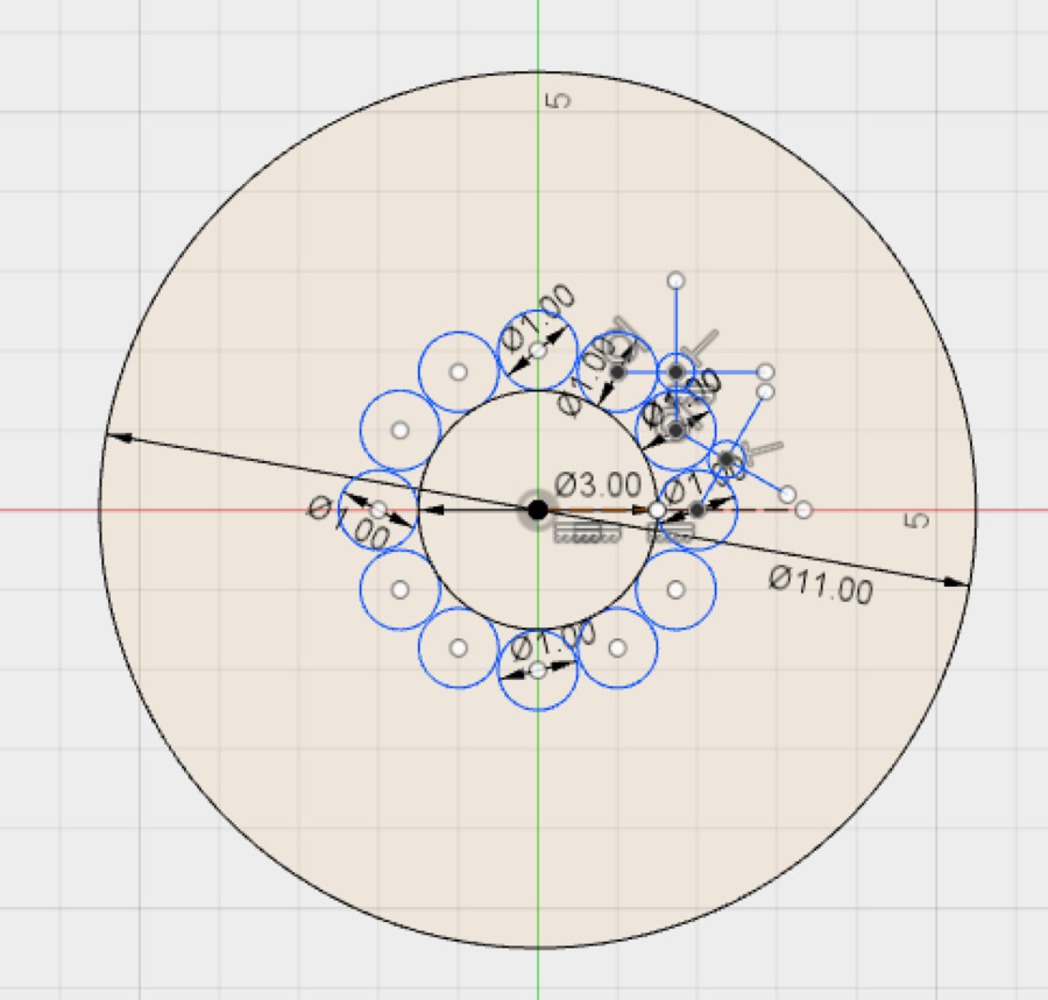 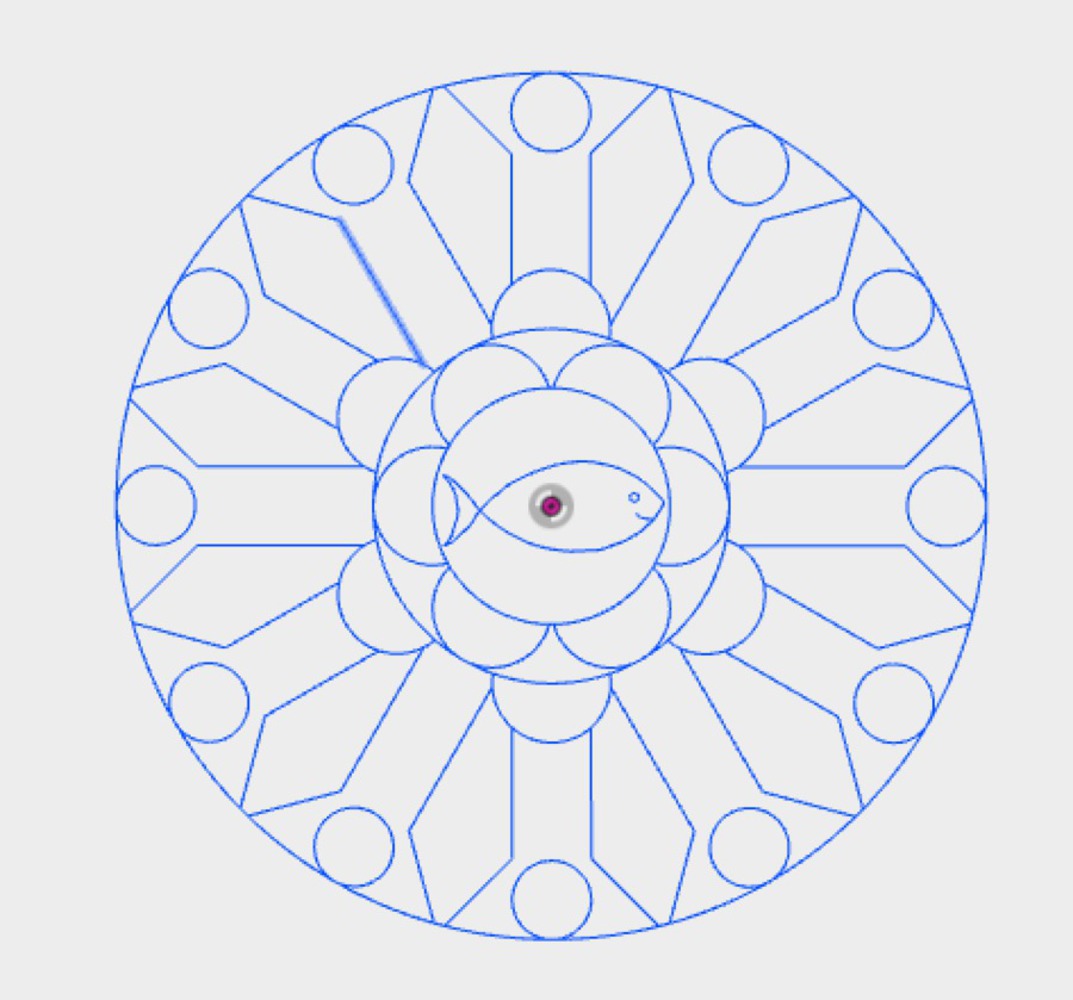 I learned that there is a lot more to laser cutting than just making a sketch in CAD and printing it. You have to make sure that certain objects are closed. I have found that a useful technique in laser cutting is to partition different tasks into separate operations.

I would make my design more sturdy if I were to redo this project. The long arms that I have on my clock feel as if they would easily snap if a force is applied to them.

Thank you Professor Larson for all of your help to print this clock! After I realized the flaw in my file (not having closed paths), you helped me understand how to create this object in a more efficient way. 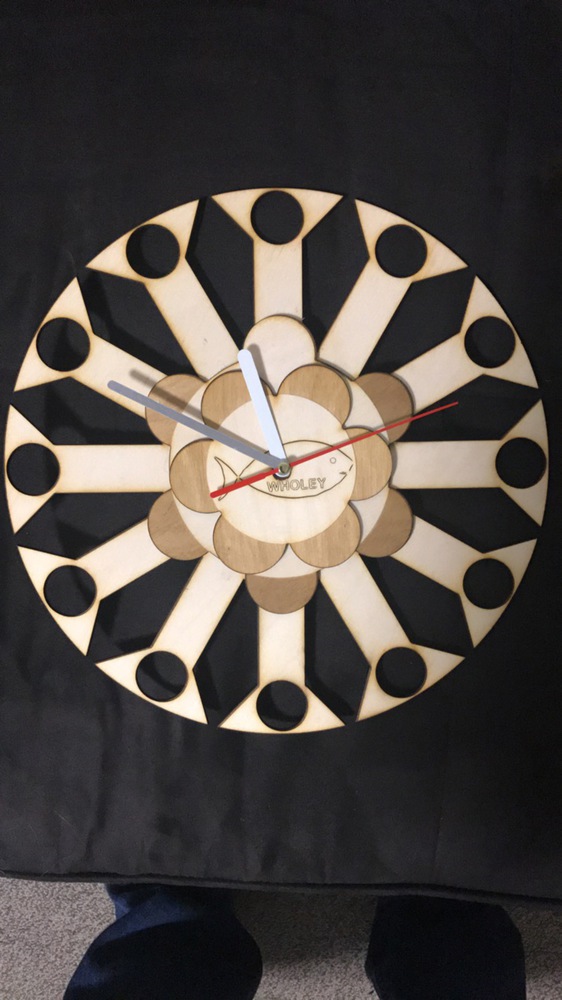 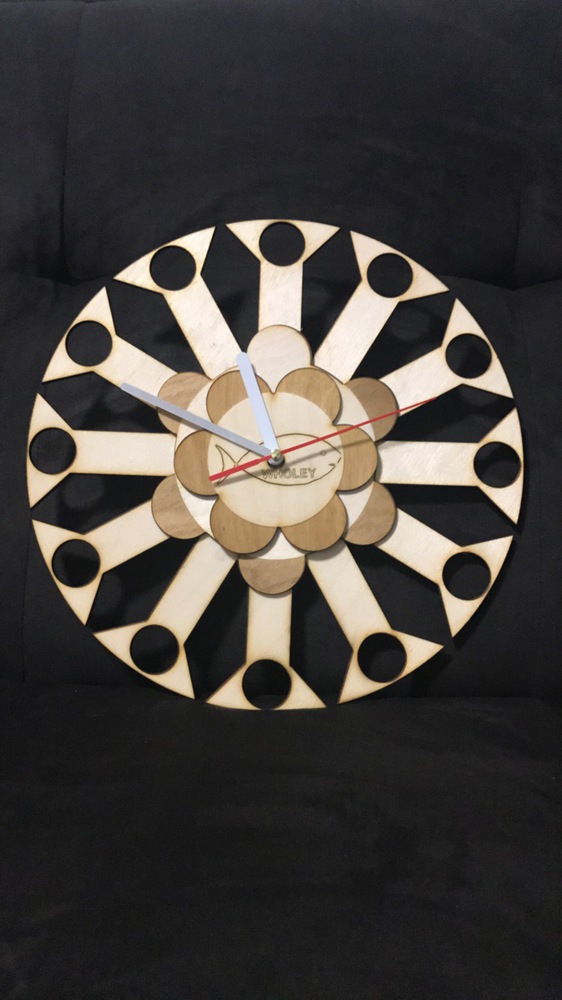 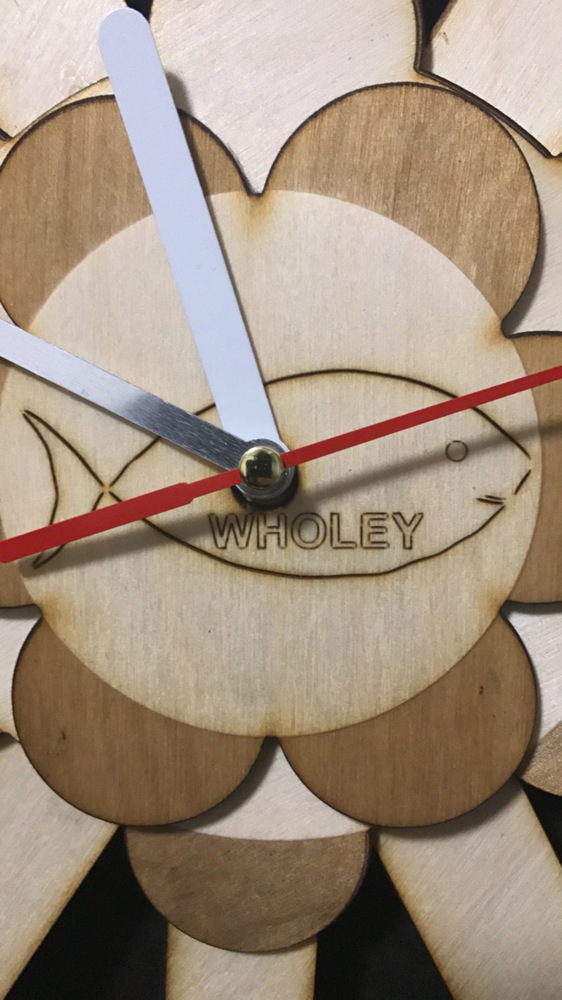 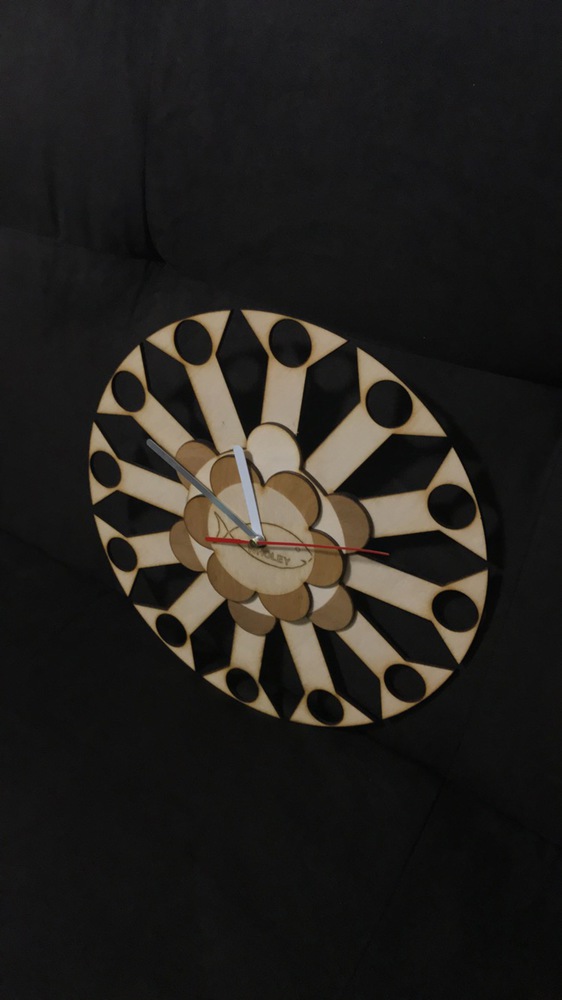 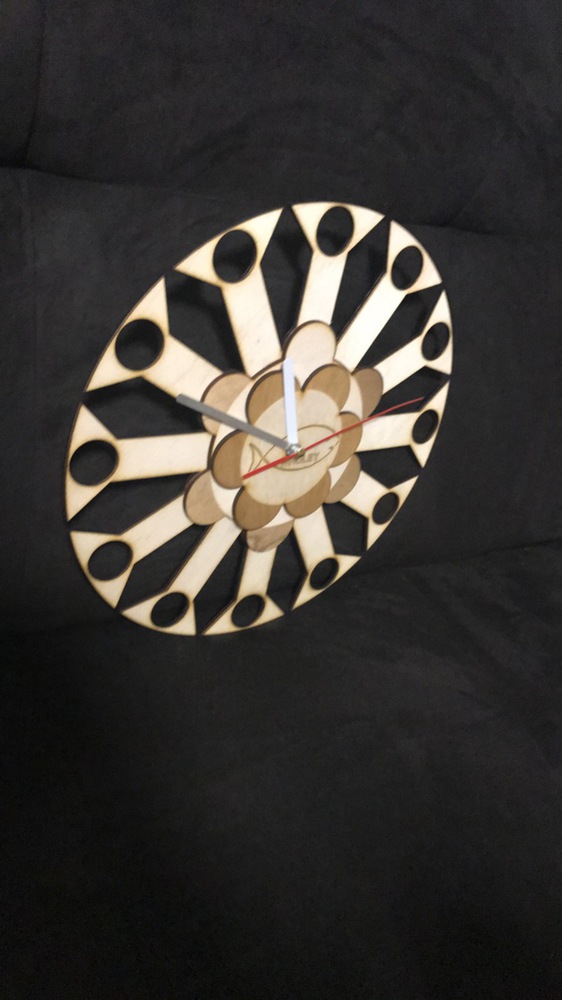