Made by Jan Martinez

What if we could paint music?

Norman Lewis was painter and teacher in the middle of the 20th century. Due to him being of African-American descent, he lived in the face of segregation and racial inequality. This led him to become a founding member of The Spiral, a collection of artists who met to discuss the issues of the black community in the 1960s. In an interesting turn of events, he walked away from social issues and focused on producing art for primarily aesthetic reasons.

As he became more interested in working with the visual aspect of art rather than a social message behind it, he experimented with abstractionism. Insomuch that his most famous works have a figural style to them, instead of a more realistic style. When looking at his paintings, one immediately notices the quick and sharp bits of colour that combine with long black lines to form a picturesque scene.

Interestingly, the scene he creates is not always inherently visual. In the painting I will work on, Jazz Musicians (1948), Lewis presents us with musicians and their music. Removing any defining details of the musicians and their instruments, we’re left with just the “sound” on the canvas. He attempts to capture that sound in this and other works, bridging the gap between the visual and the audible.

I will attempt to recreate the work with Fresh Paint on a Microsoft Surface 3. I don’t expect a perfect rendition, as I’m not a good painter in the first place. I do expect, though, that it will show a little more of my style than just trying to copy-paste the original piece. 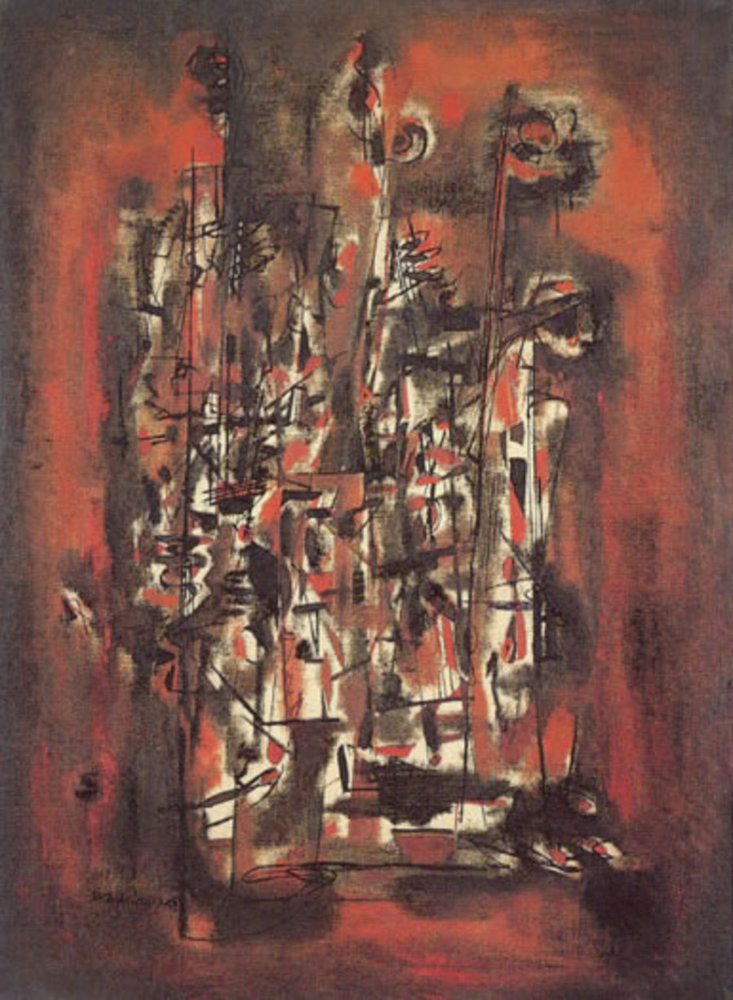 About two minutes in, I realised that this was a lot harder than I thought. Like, so much harder. The intricate detail is hard to reproduce when I don’t share the same vision as the original artist. And also when I’m not a good artist. As much as I tried to recreate the slightly sombre tone of the original, my hand just kept making bright things with a lot of movement. Because of that, halfway through, I decided to just make a new piece that shares the spirit of Jazz Musicians without trying too hard to actually be it.

I feel like I almost got the hang of it. I definitely would’ve practiced a lot more if I had the time. And although I feel a little sad that I couldn’t actually reproduce the work, I am content with my art. Hopefully the influence of Norman Lewis is shown, even though it really isn’t that good. 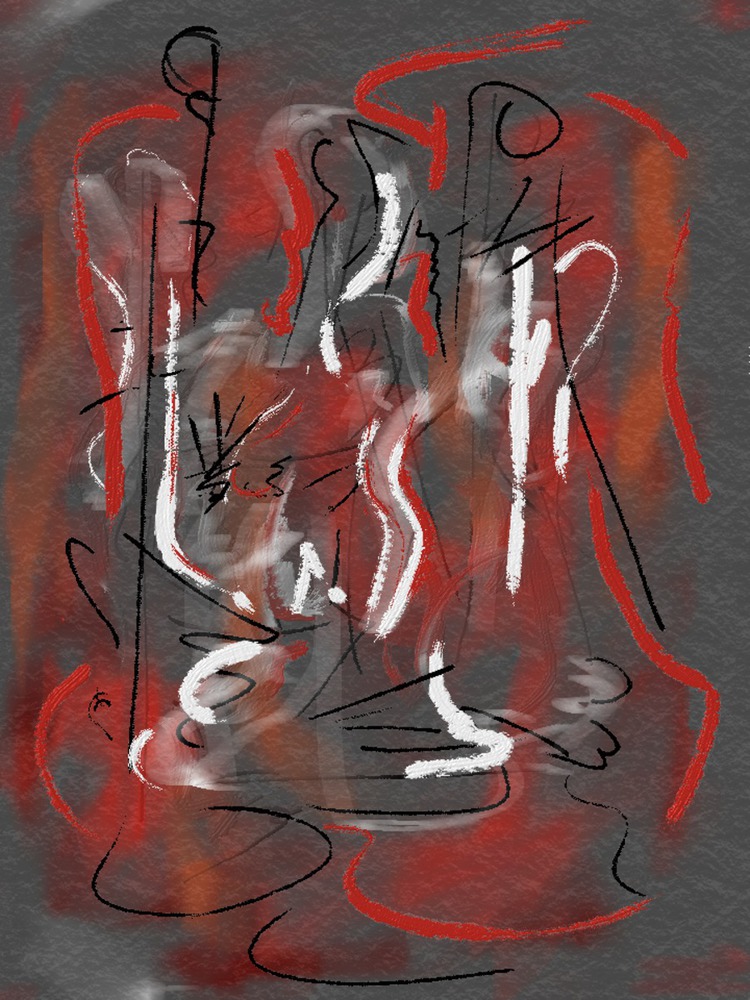 Sorry that it sucked. I also tried to put up a video of me making it, but the gallery sucks and wouldn't let me.....

What if we could paint music?