A phone holder so I can tap tap away at my screen to play rhythm games without risking my device moving.

I play a lot of rhythm games. Unfortunately, my phone is large and my hands are small, so it's difficult for me to be able to play any landscape-mode games with only my thumbs. The solution would be to lay my phone down and play with my index fingers, but my phone tends to slide around if there isn't anything to hold it in place. Thus - a holder.

After looking at already existing phone holders, I ended up taking a pretty different route. Most of those holders were meant to simply display the phone while it charged or what not, and if the person were to want to use it, they would have to remove the phone. Since the point of this holder was to hold my phone in place while I tapped at it, I ended up going for a more utilitarian design.

0
These aren't really meant to be banged on. 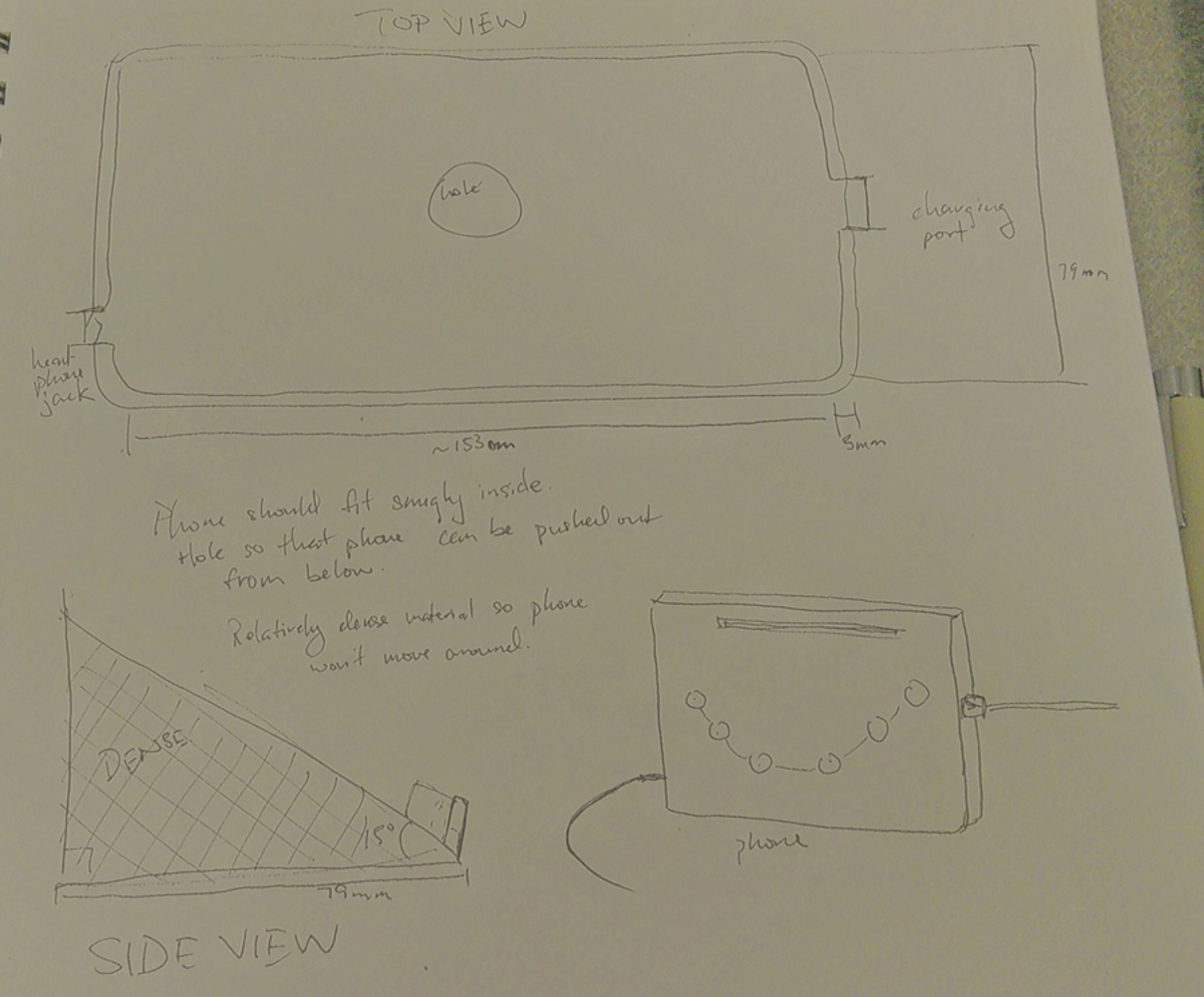 First thing was to measure out my phone's dimensions. I took the measurements with the case on. Though not marked on the sketch, I did add some tolerance so the phone wouldn't get wedged super snugly into the holder.  The low angle was chosen based on how I tend to play.

The sketch had walls which surrounded the phone, but I pared it down and made it so that there were only two main barriers (bottom and top) along with small stubs of walls to prevent the phone from shifting side to side. The original sketch also included a hole in the center of the holder to facilitate removing the phone, but since the walls no longer surrounded the area, I removed it from the design.

After modeling the initial holder, I thought it looked too plain, so I added a musical score to the side. It was also originally basically a solid block of plastic besides the score, which would've been unnecessary, so I cut out a section from the middle to reduce the amount of filament required.

I had set the walls to 3mm, but then I realized that's actually pretty thin, so I doubled the thickness of the bottom walls. The "change parameters" function sure is useful.

0
I modeled it from the side, which in retrospect was a mistake. Should've just done it from the top like with the laptop holder. 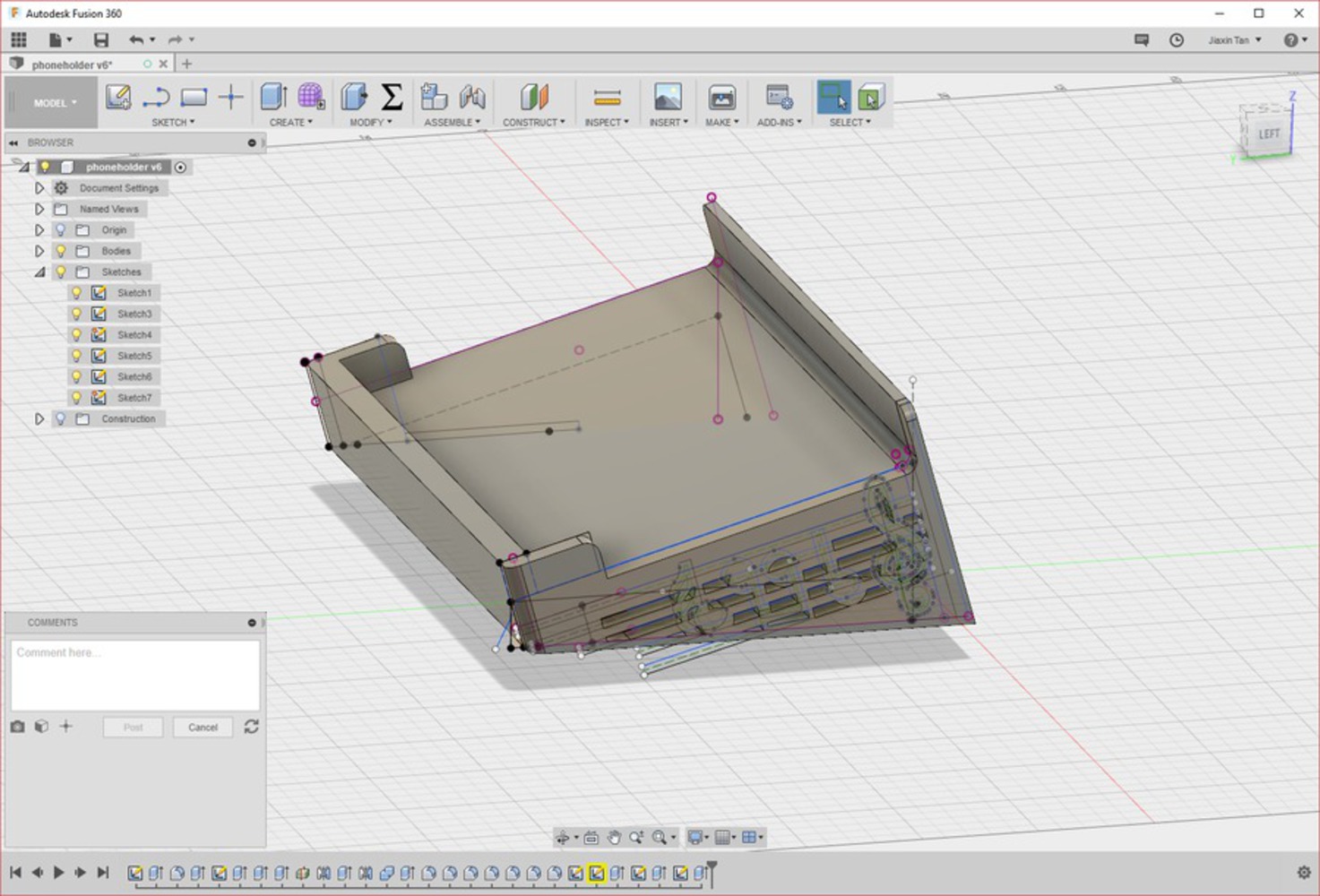 0
Fresh out of printer. View of the bottom. 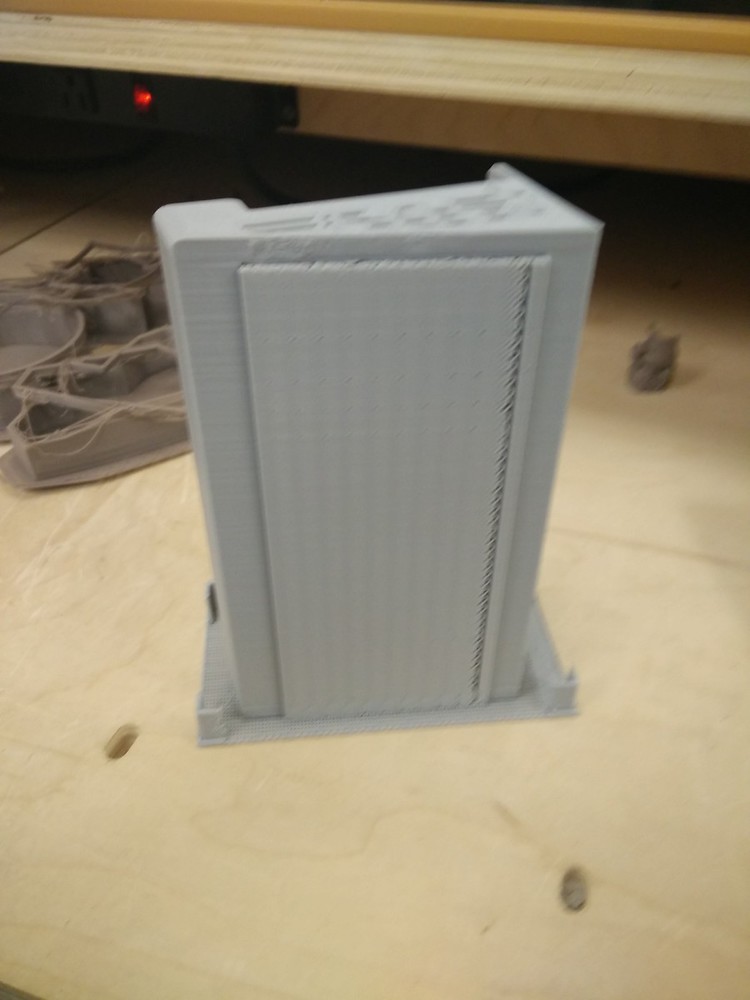 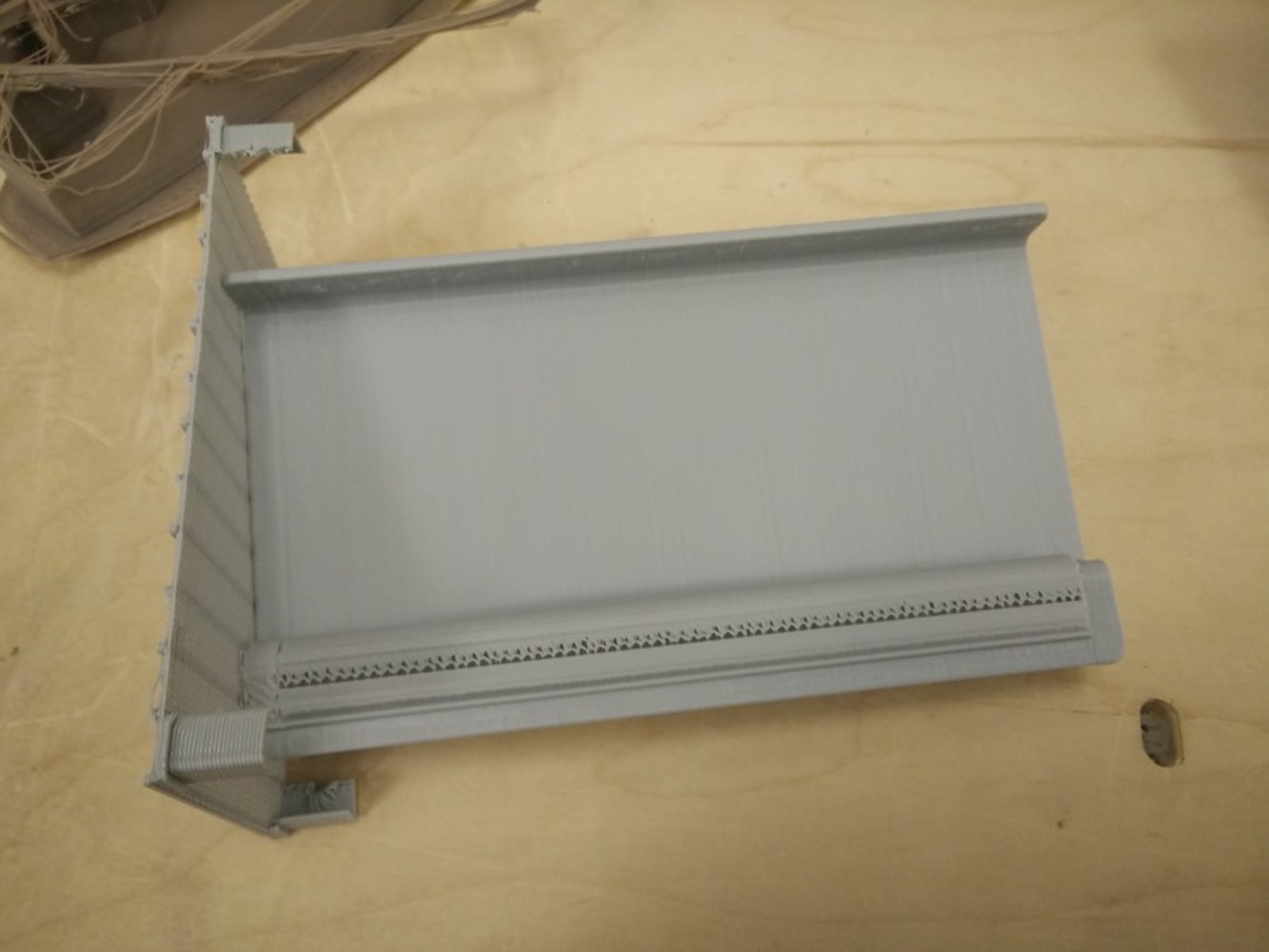 After printing it, I realized it was probably a mistake to have turned it on its side for the print. I wanted the additional strength on the legs of the holder, but the supporting structure was bound pretty tightly to the main body.

0
Struggling to remove the support structure from the bottom. 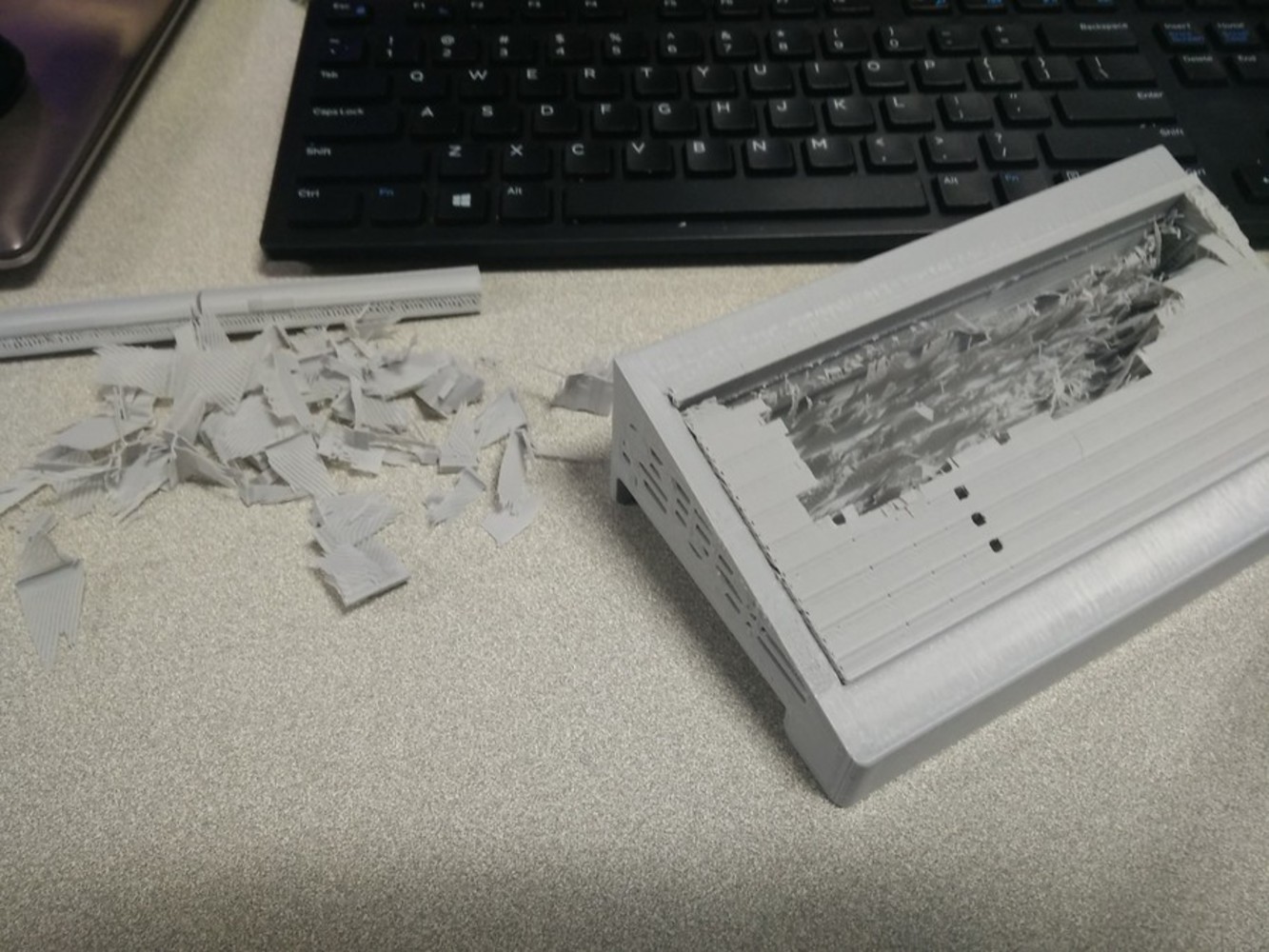 0
About as good as it's going to get, I suppose. 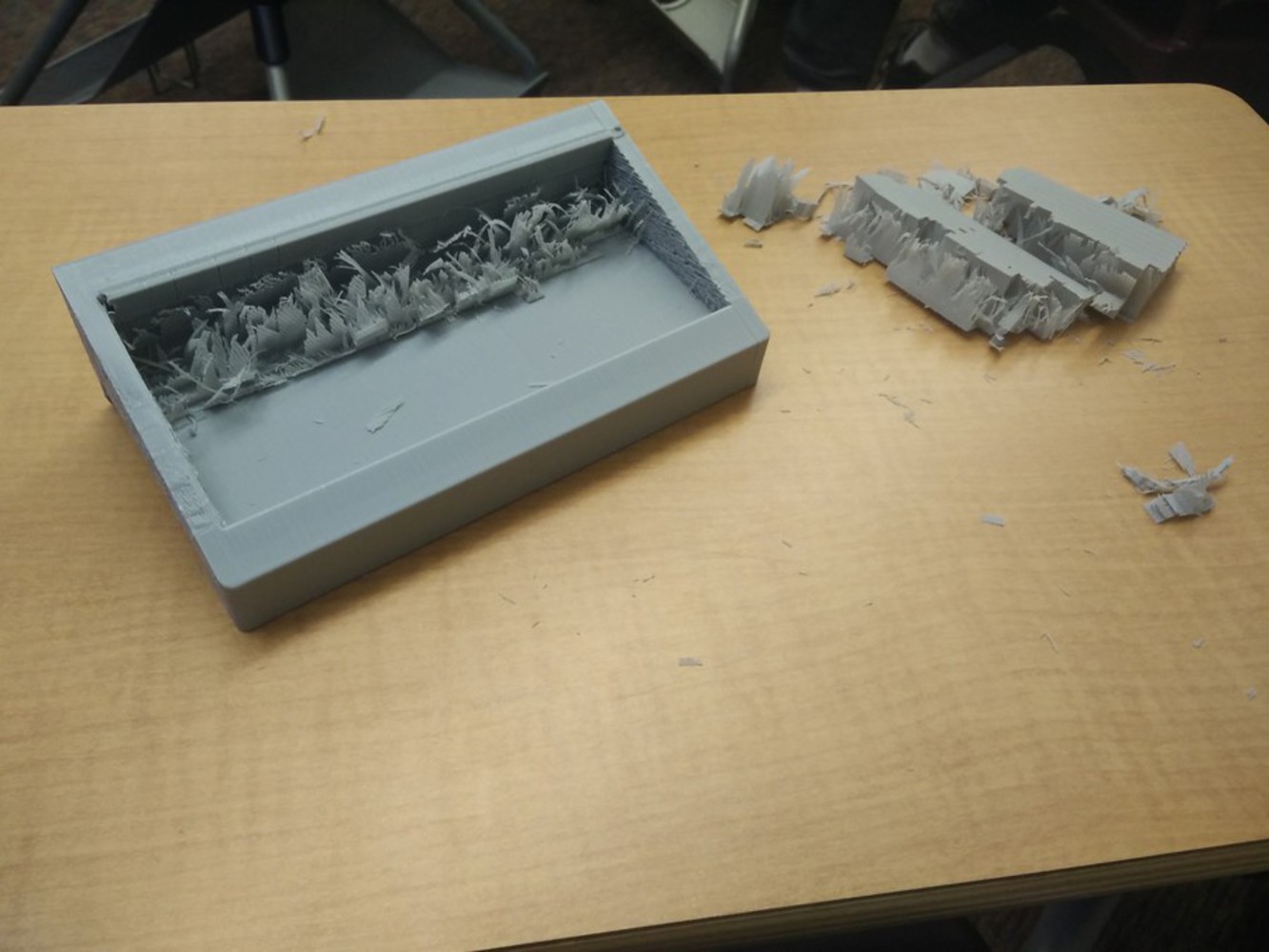 Still printing! Will update when it's done. 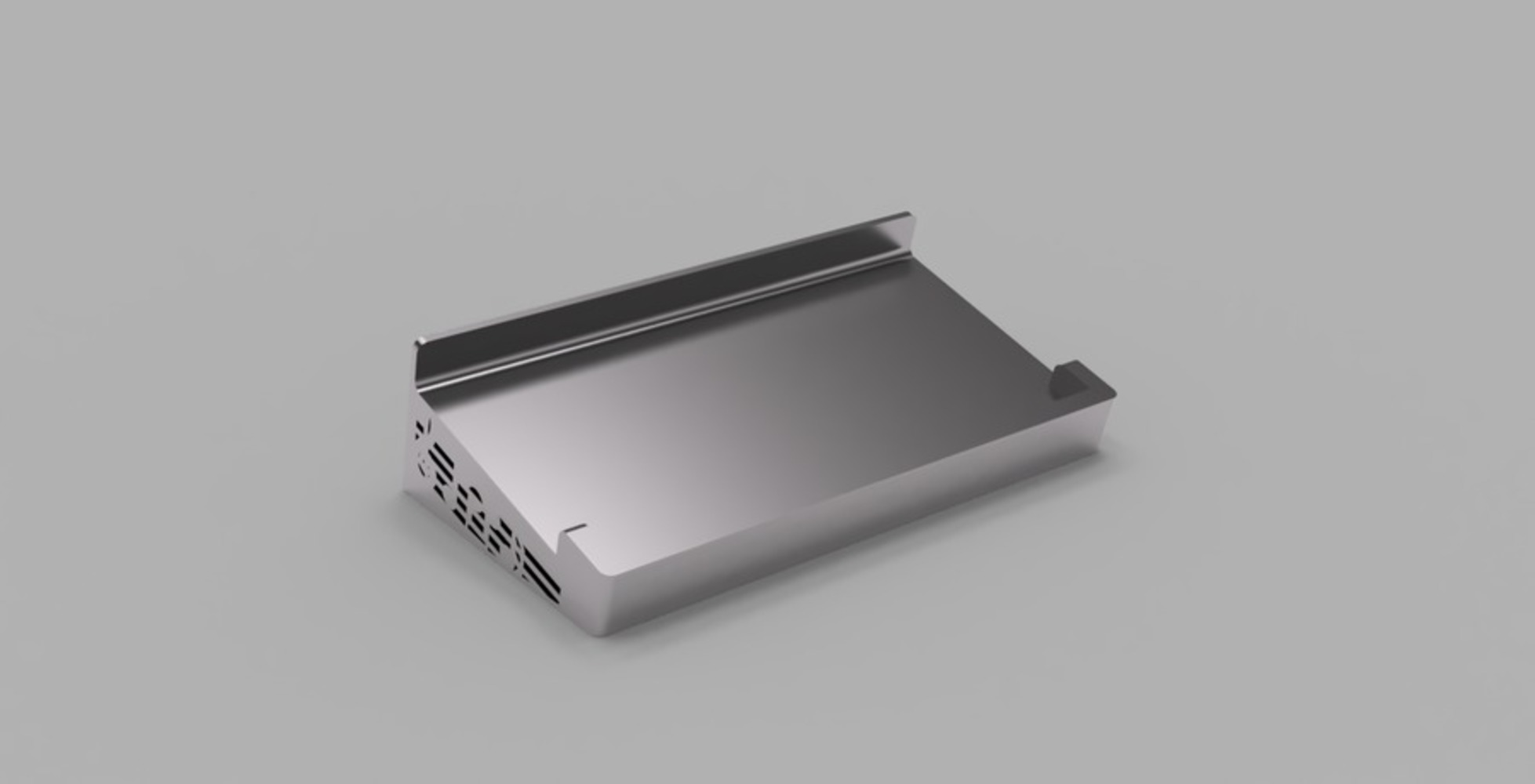 0
Shot with my 3DS since I can't take pictures with my phone if my phone is on the holder! The DS is larger than my phone, so it leans on the top barrier, but my phone fits in fine. 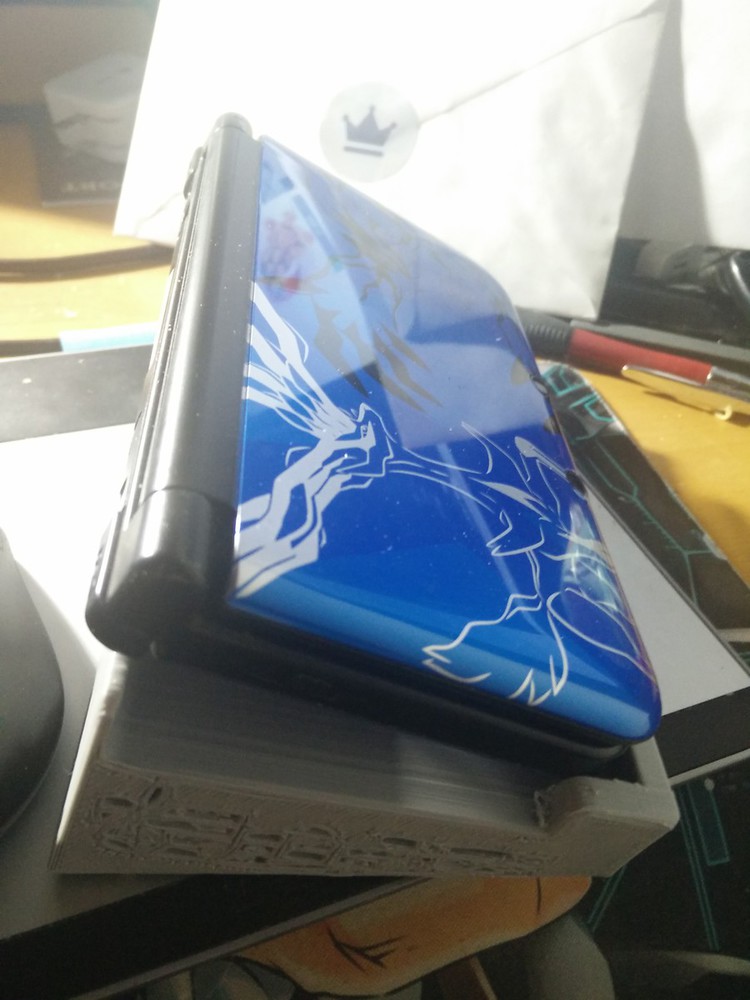 I think I would've liked to explore a collapsible phone holder if I had more time. One that folds up and is easy to store and take around, and also has various adjustable angles. The current iteration is a bit clunky. Adding an amplifier to the speaker area would've been useful too, but I usually play with my headphones in anyway so I guess it's not too much of a loss.

Printing took a long time. I thought the due date was 2 days after it actually was, so I sent in the print pretty late... Entirely my fault. After the print was done, the supporting structures were really annoying, so I think I would print in a different orientation in the future. 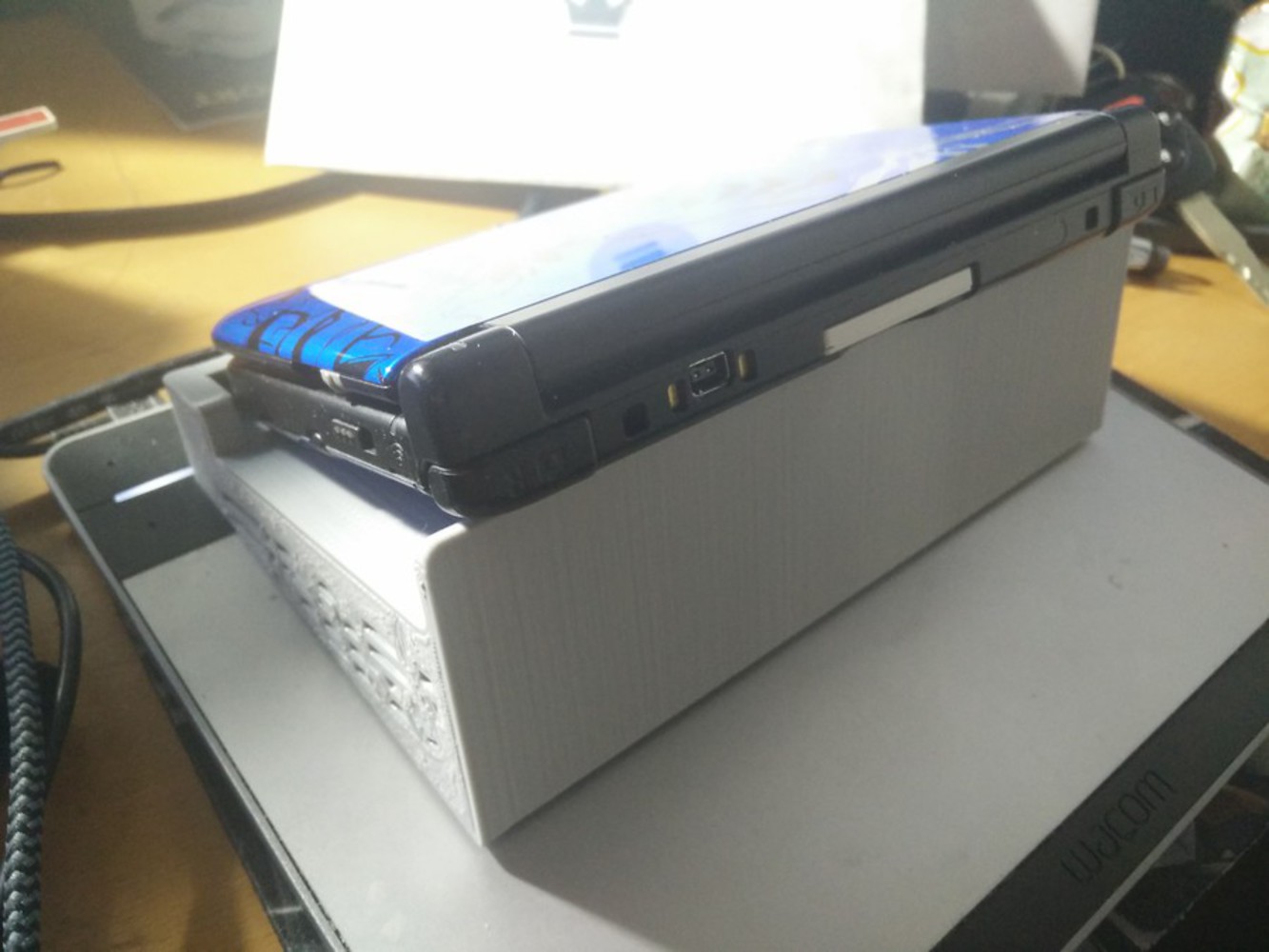 A phone holder so I can tap tap away at my screen to play rhythm games without risking my device moving.