Made by Javier Argota Sánchez-Vaquerizo

Portal is an urban element for extending the perception of the surrounding space, enabling connection with hidden realities and people in our geographical surroundings and excluded from the public sphere.

Fostering connection and Exchange between new and old citizens all across Europe. Subliming and demystifying wishes and assumptions, skipping physical and legal limitations. All of them are goals of this project: connecting refugees’ camps all around Europe and their main cities, the main destinations of those who are waiting in those spaces of exception.

By taking the already existing public ads support available in almost any town and city around Europe, in a live direct connection is provided with any of the refugees’ camps. On the other side, the same kind of interface support is located in the refugees’ camp. This infrastructure is used as a real time virtual window from one world to the other one. Sound and keyboard inputs are as well provided, as well as a real time streaming image by built-in webcams.

Augmenting the already existing public space in any town in Europe by linking to those newcomers who are already in Europe, but in isolated areas which don’t seem to be Europe anymore. Relinking those newcomers to people, ideas and places they are going to face in the short term.

At the end, it is a mediated interaction between people who are cohabiting the same geographical space, who are intended to be neighbors, but who are keep apart in extremely radical situations.

The project expects to be used as a shortcut for allowing to people to engage others’ problems, circumstances and stories, as an introduction and an adjustment tool for making easier the new encounters that will happen in the physical world. Children will be able to play, people will be able to talk and to exchange opinions, both sides inhabitants will be able to see what is going on the other side of the window.

Technologically the project is relatively simple: any of the already existing large screens used for advertising in the city (in parks, metro or bus stations, shops, etc.) could be transformed into the real size interface for being able to interact in an endless real time conference with other people who are not able to leave their camps.

People entering into Europe mainly from the Eastern Mediterranean region try to reach Central and Northern Europe areas by crossing the large amount of countries located in the Balkans. Crossing every single international border is a challenge, and usually they get stuck at some point in this complicated pattern of international limits and jurisdictions.

0
Overall situation of camps and destinations of refugees in Europe 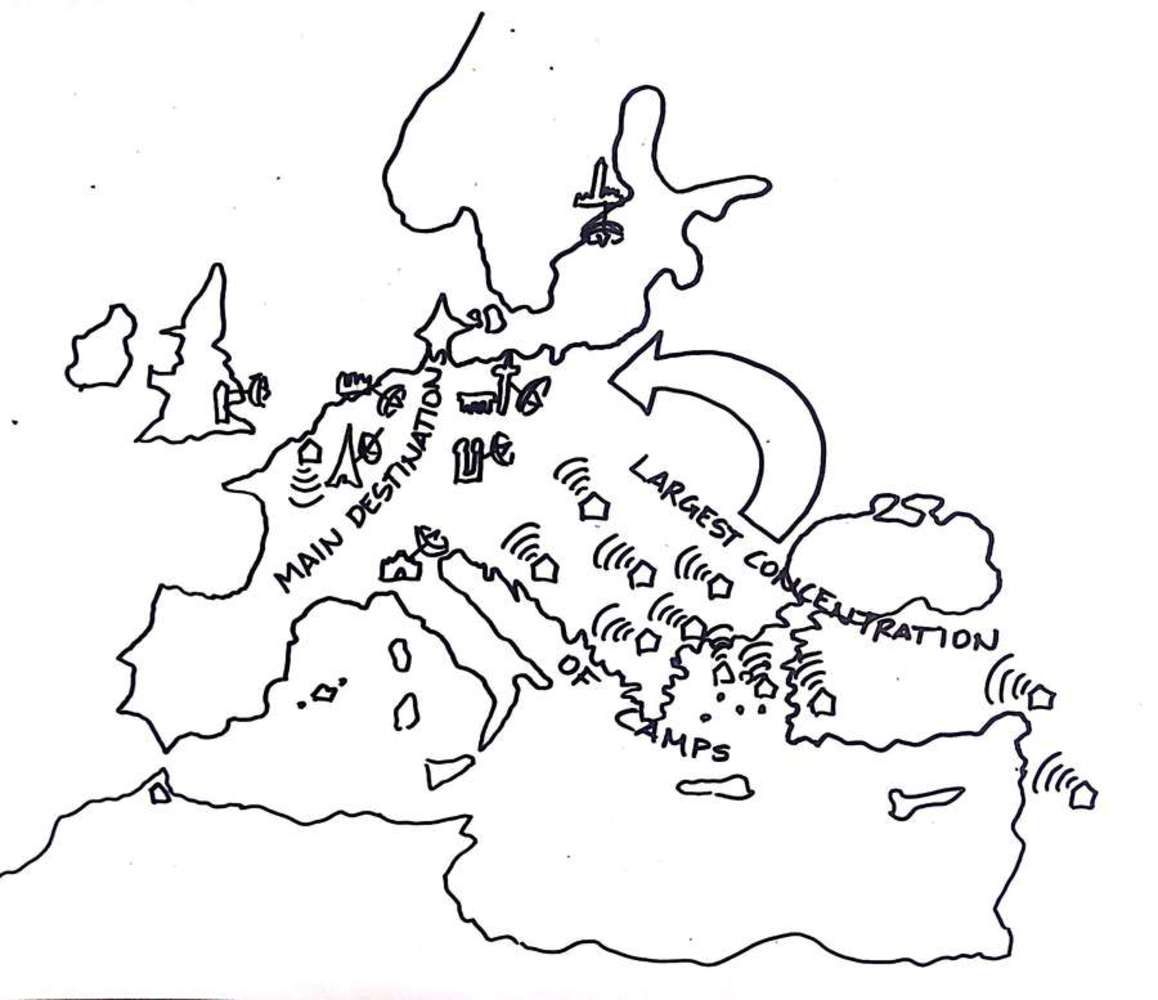 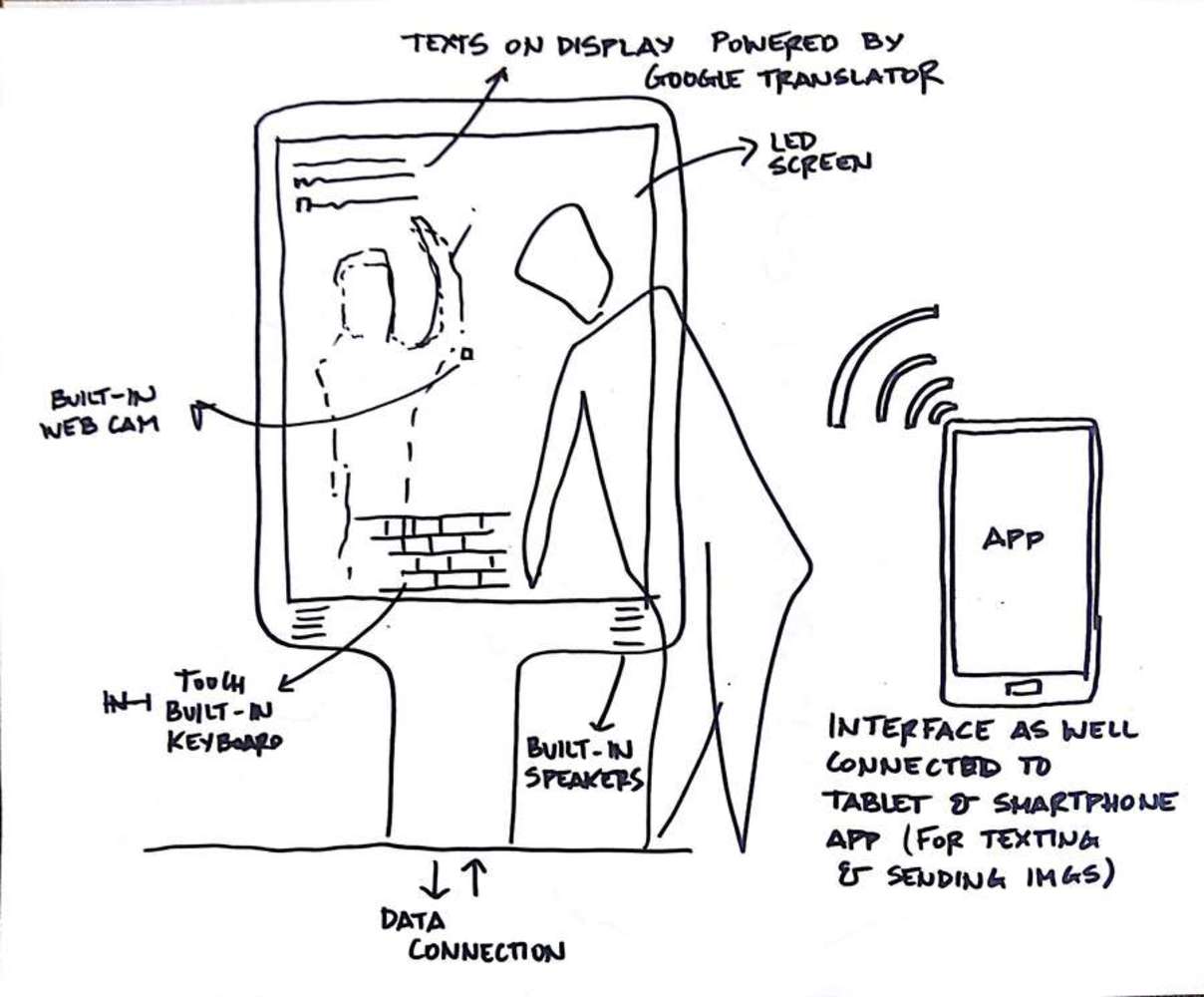 The scope of the project is public interaction in large screens, at least at the scale of one person. However, interaction from an app for smartphones and tablets can be implemented if personal data wants to be sent through the portal, through the main screen.

The person scale screen does not only allow speech and visual interaction, but as well it can be equipped with a keyboard to introduce text messages. The language barrier is taken into account and that is why text messages support is added with a Google Translator add-on or a similar technology for allowing people who do not speak the same language, to exchange messages. 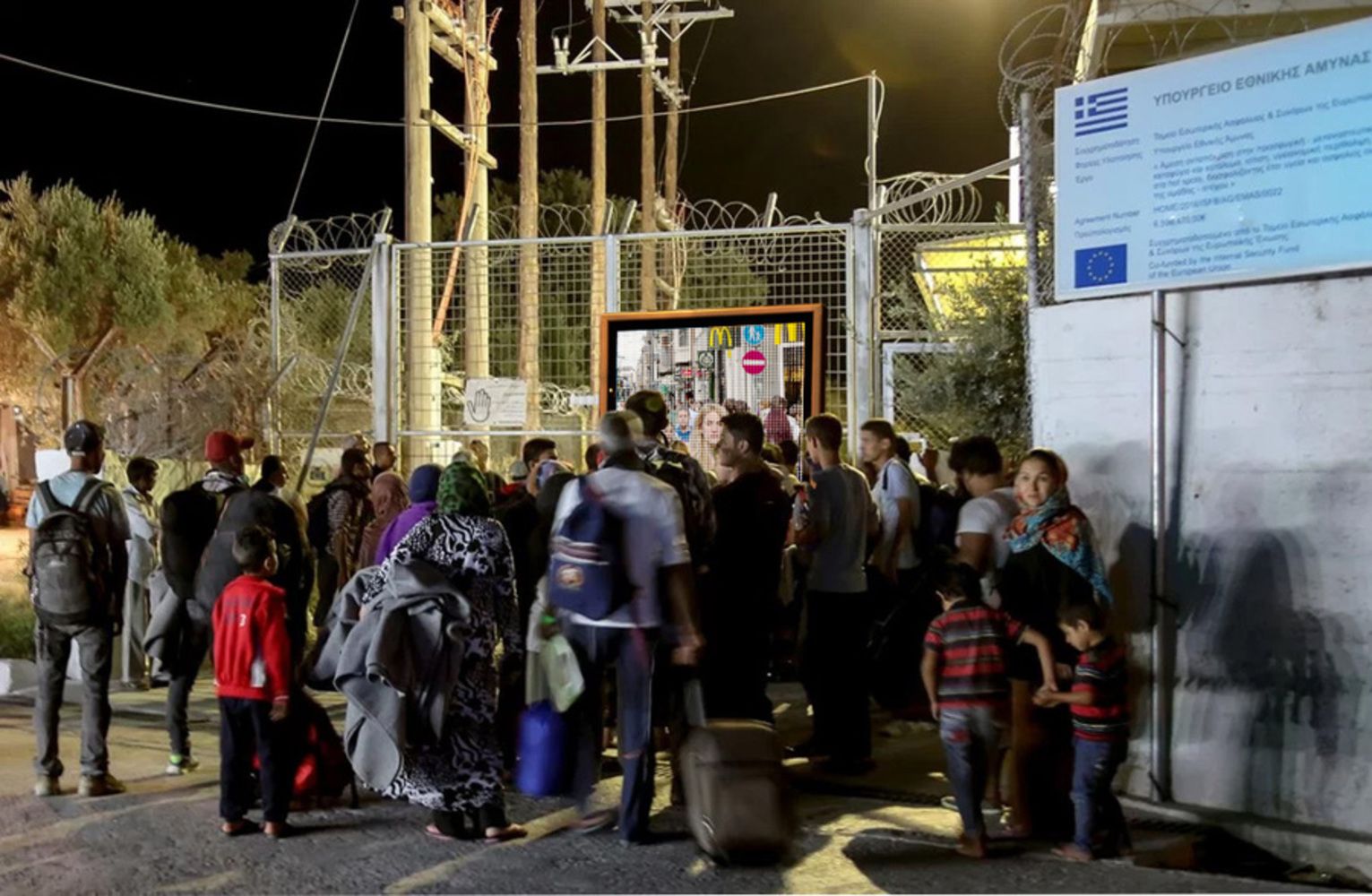 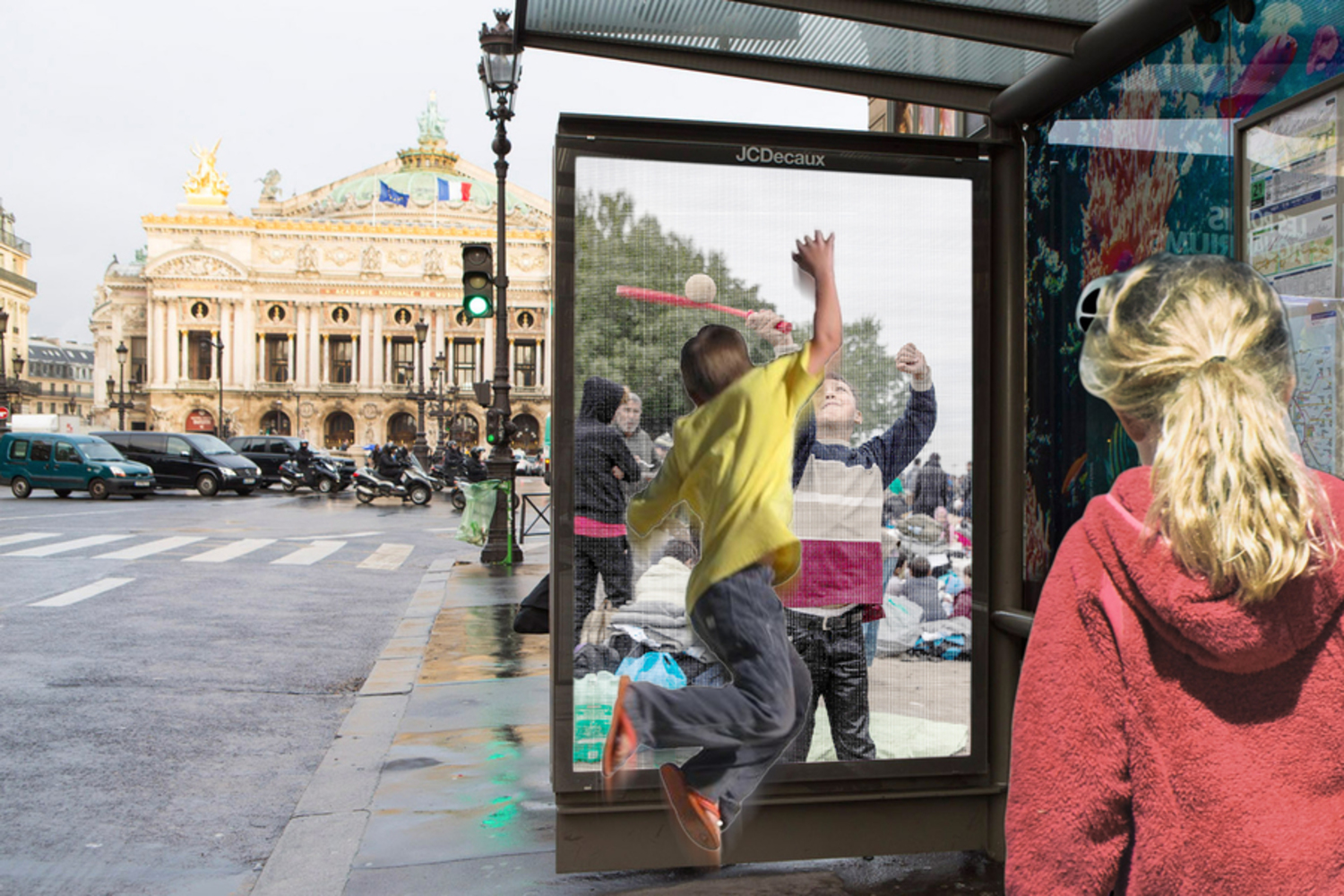 0
Locations of camps and cities around Europe 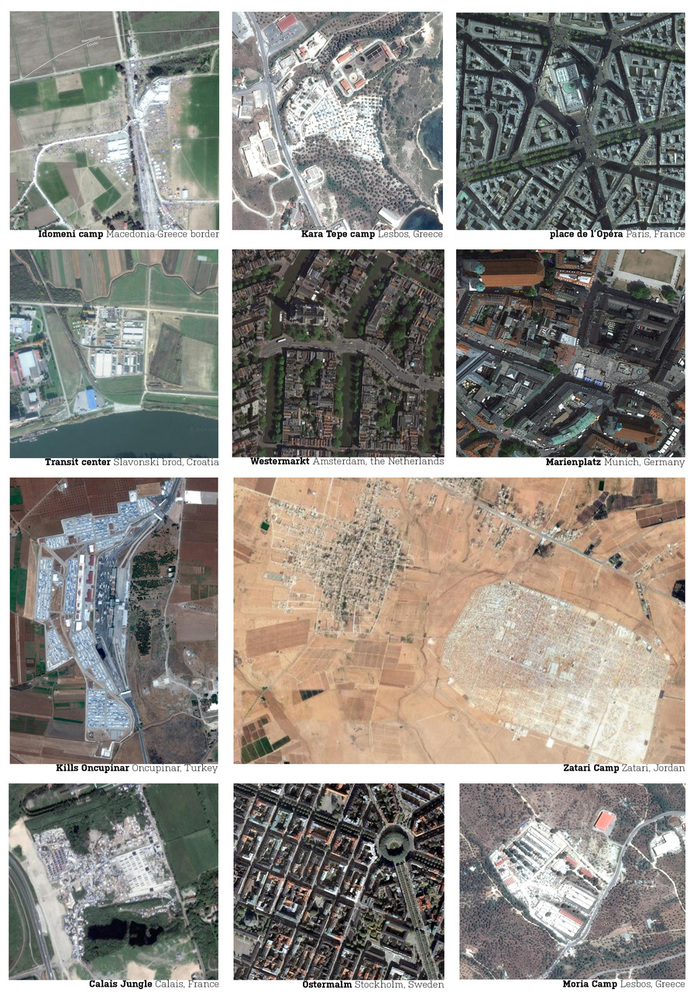 0
Portal is an urban element for extending the perception of the surrounding space, enabling connection with hidden realities and people in our geographical surroundings and excluded from the public sphere. It fosters exchange and empathy among people who share the same geographical space even if it is not obvious.
x

Portal is an urban element for extending the perception of the surrounding space, enabling connection with hidden realities and people in our geographical surroundings and excluded from the public sphere.