The Goal of the Project is to create a holder for hair I discard due to stress and to remind me of the sorrow and joy of doing so.

Since I still pull out my hair sometimes, it would be nice to have a reminder on how much I am pulling out.

I have had trichotillomania, ever since I was young, and It greatly affected my childhood. A holder to me, makes me think of the cups I used to keep track of the hair I was pulling out. This a very unique field, and I am sure there are not a lot of people who have these problems or need a solution to it.

The designs for the cup and its name come from the "Yu-Gi-Oh!" Pot designs, which are famous for having over exaggerated faces on pottery. I picked these because they are symbolic for vices of impulse, and I am a fan of their design 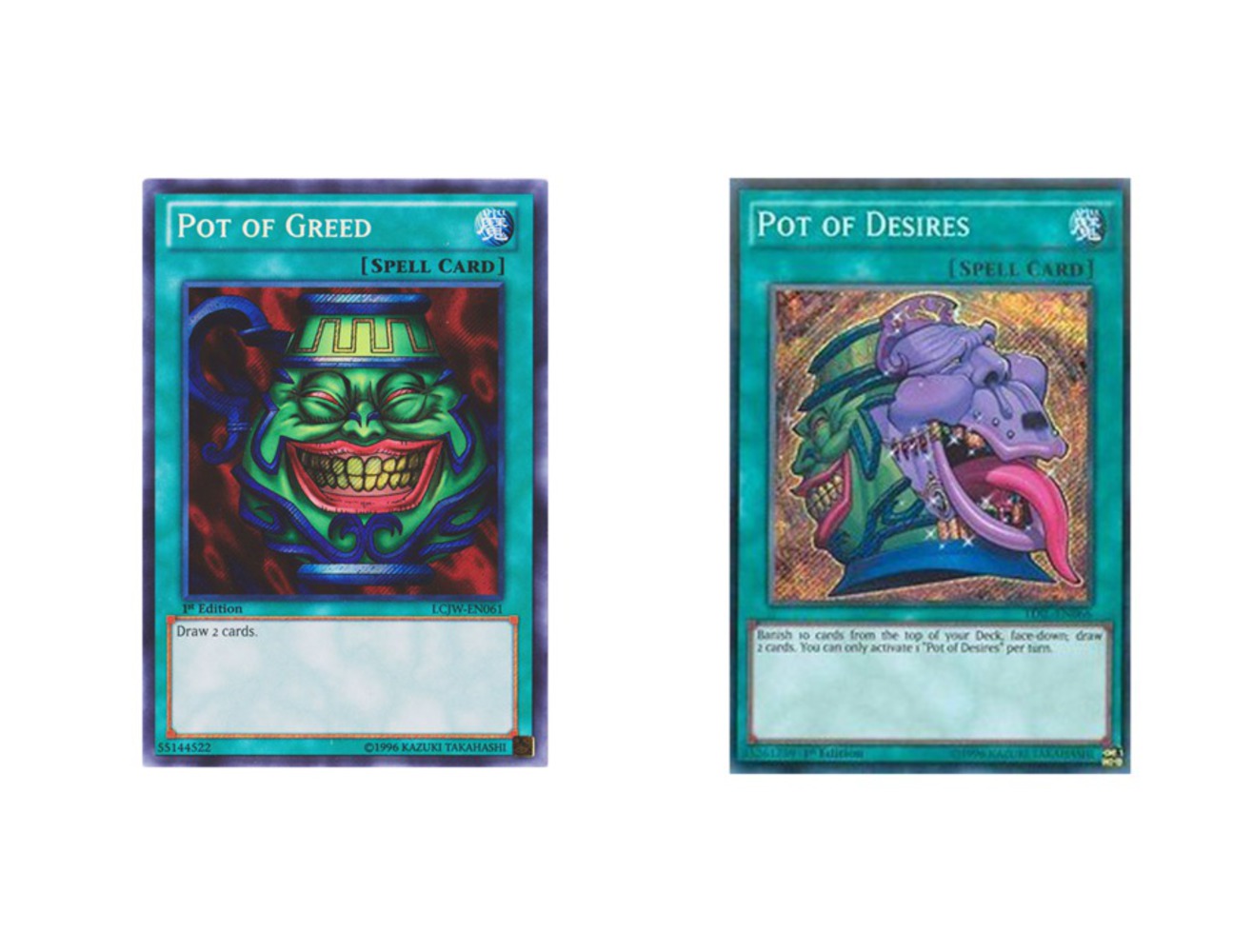 The Process was a great learning experience. At first, I did not know what to expect other than "it would take a long time"

Designing the form for the pot was easy, but modeling the faces proved to be tough because of Fusion's clunky selection and editing, and finalizing the form could lead to errors if the model's edges intersected when the object was thickened.

I used Fusion to model everything and then sliced it in cura. I used the Ultimaker 3, since it was quicker than the NVbot approval system.

In Fusion I created several rings and offset them above each other. Each ring was a different width on the pot.  I gave them form by using the loft tool to connect them. Then, in the sculpting mode, I had to stretch and pull the faces until I got what I wanted, but the system had to approve of the model, and that meant making sure there were no overlapping lines. That was the hardest part. At a certain point, I could not thicken the model without too many overlapping errors.

When I went to print, I did not know what It looked like, so I was not aware that there was no filament coming out of the printer. For a few days, only one printer actually had filament. I managed to get a spot, and printed out my model.

The model failed multiple times, but I was able to simply keep printing it out over and over again as long as I was on time to pick up the model.

The first time I was not there to see what happened, but it failed part way through. The second time, I saw that it slid off the original position. The third time, it was gone, my model was not in the room, and it was not in the trash. My USB had been removed and another object was being printed out.

Even though it did fully print out, I was still able to make it look and work like it was supposed to, since it just needed to hold hair, and show a face of glee and a face of sorrow. 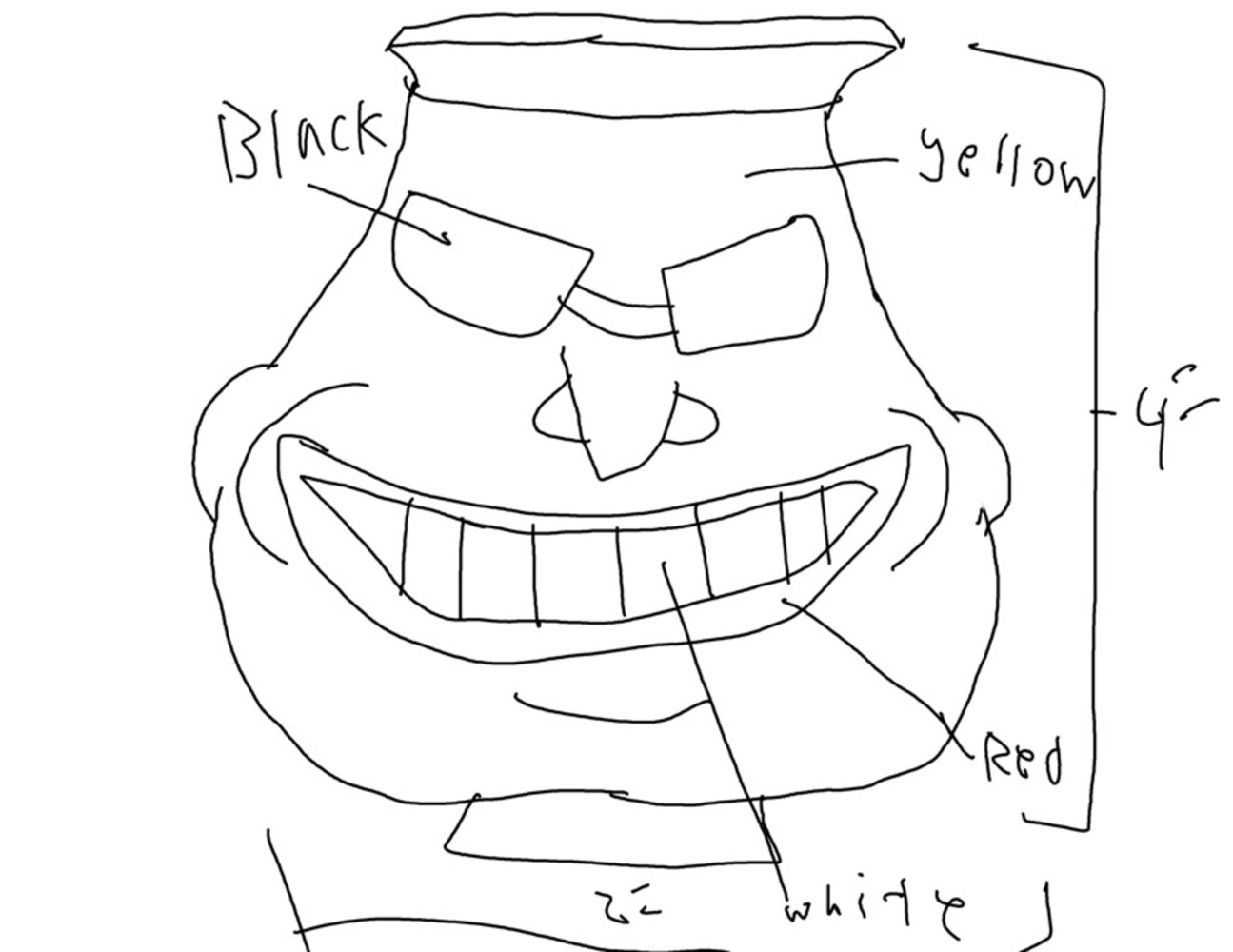 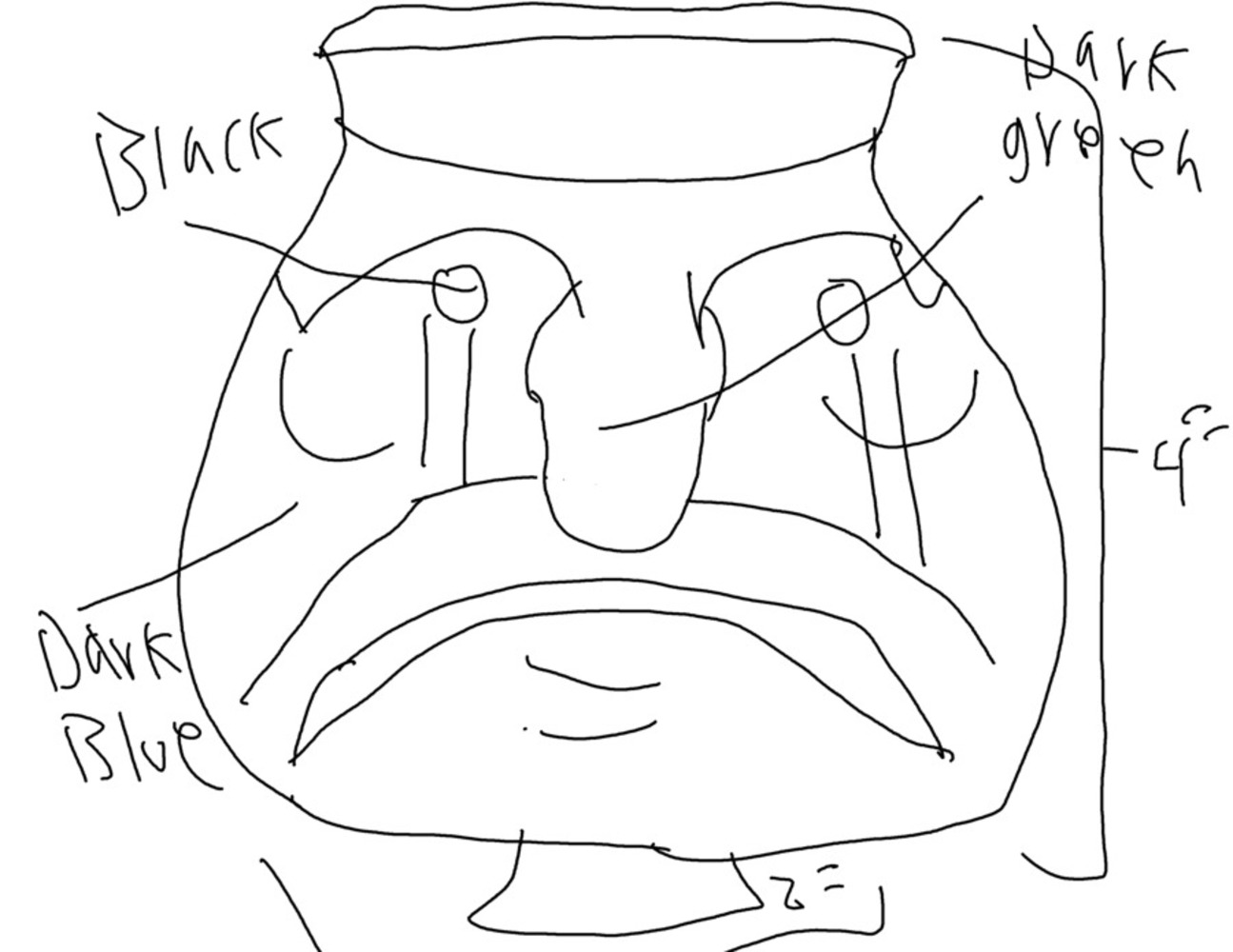 Overall, I completed what I set out to do, and now I am very excited to create many other things with the printer. I am glad that I was able to turn something that could have been a failure, into a success. I want to move forward and print out other, more complex objects and push the limits of the 3d printer. 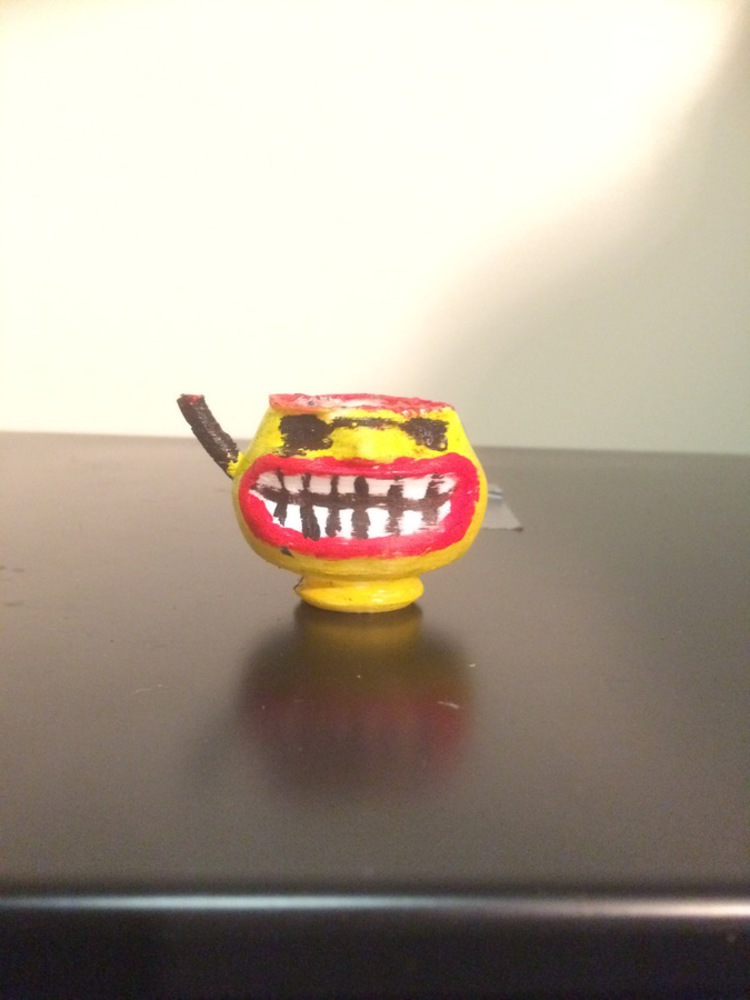 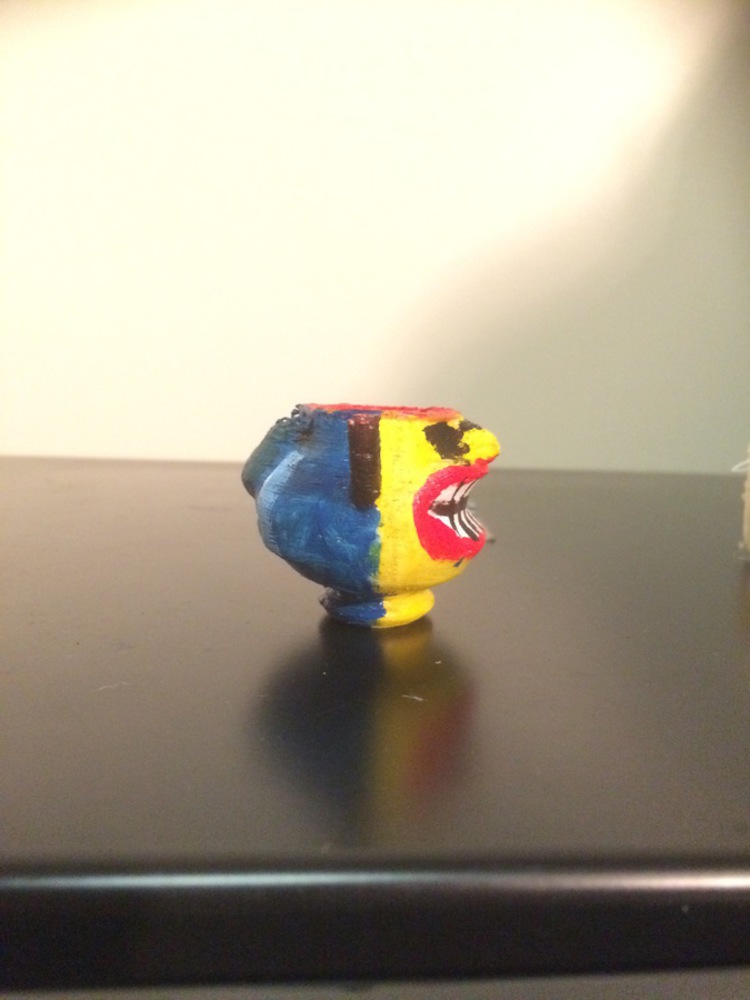 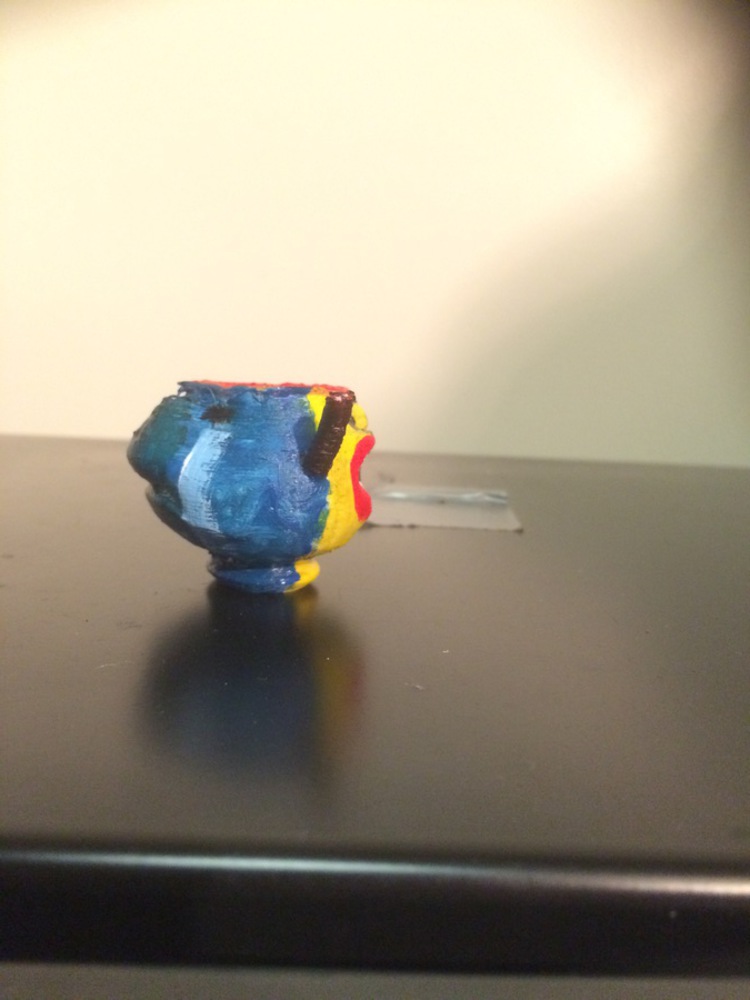 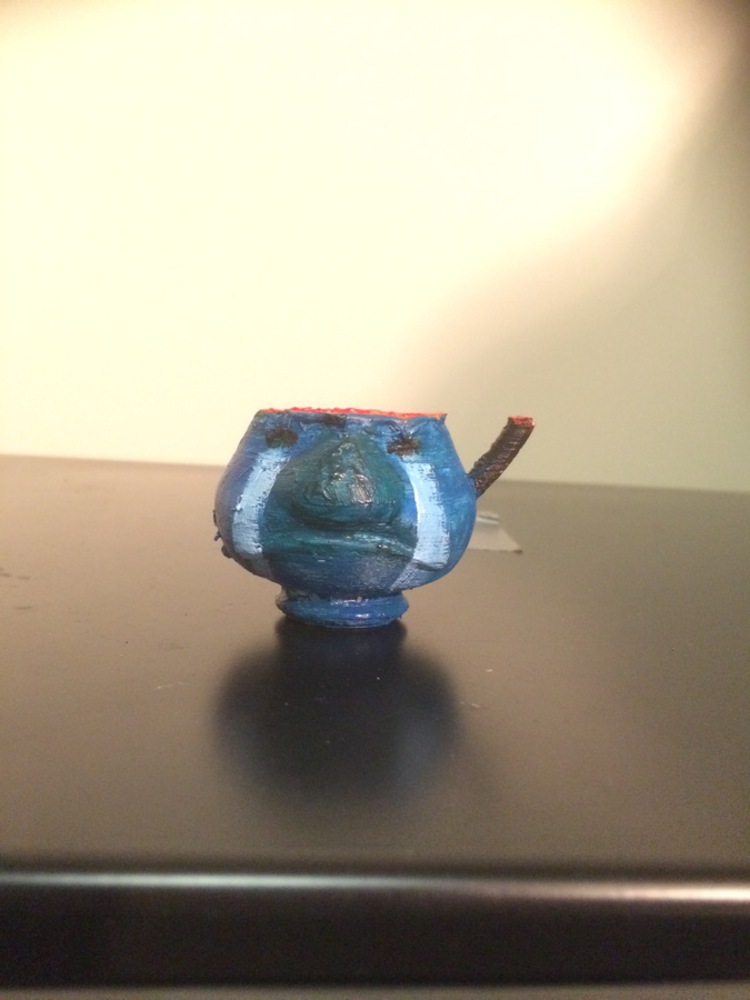 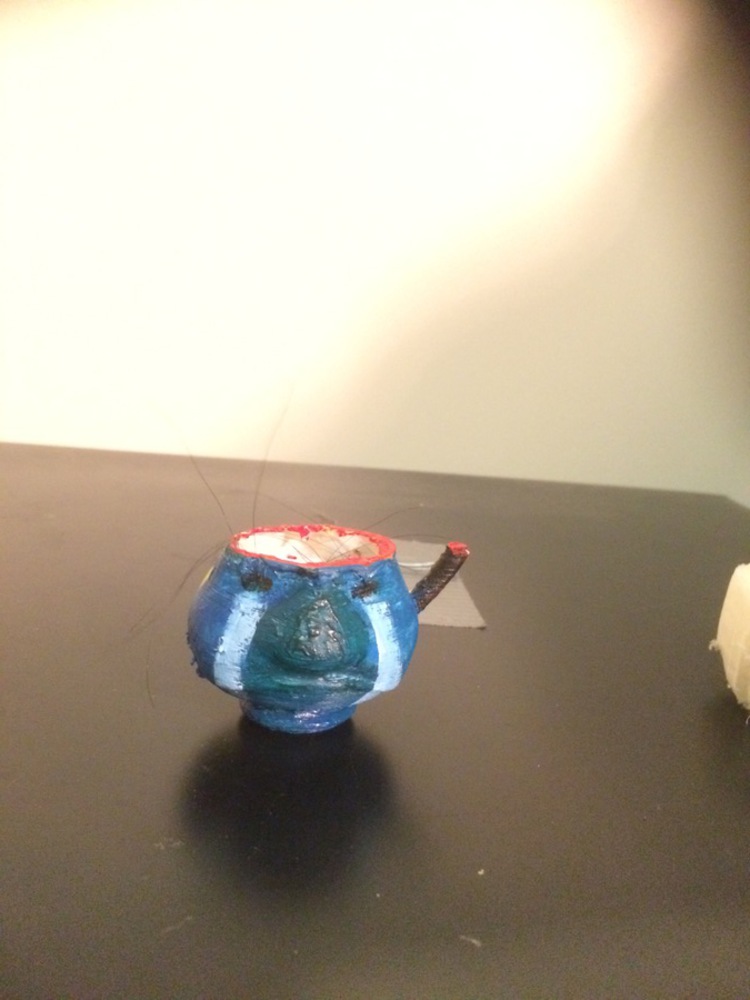 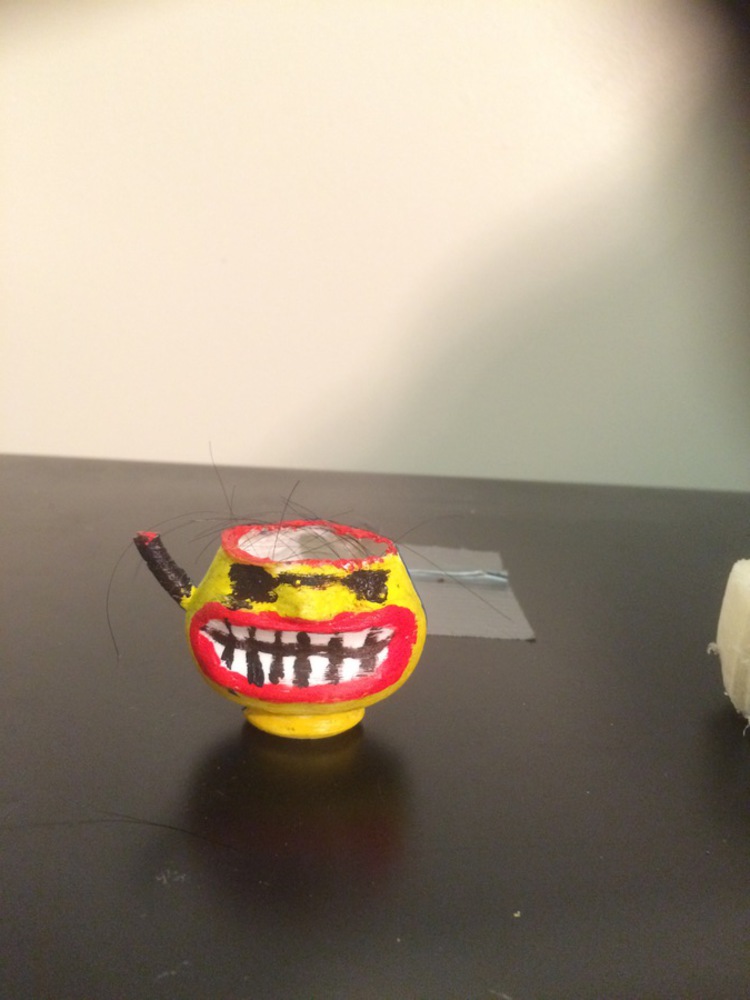 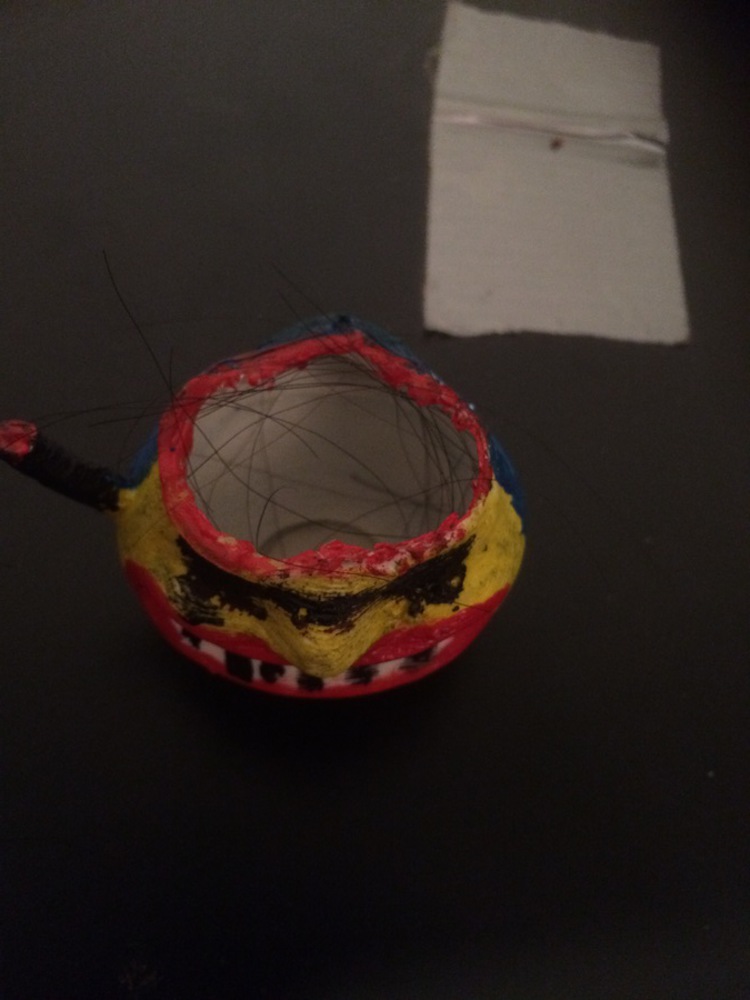 The Goal of the Project is to create a holder for hair I discard due to stress and to remind me of the sorrow and joy of doing so.