Made by Aliya Blackwood

Even to this day, leaders who have done at least a bit of good have been portrayed only in their most heroic form and  idealized by their followers. Other leaders appeal to the cries of the public and place blame on anything and everything, ignoring all forms of logic and criticism. When stripped of the titles and statuses we impart on them, these are just people. They are men, women, or anyone in between. I wanted to portrait these two types of leaders using the images of John F. Kennedy and Donald Trump. 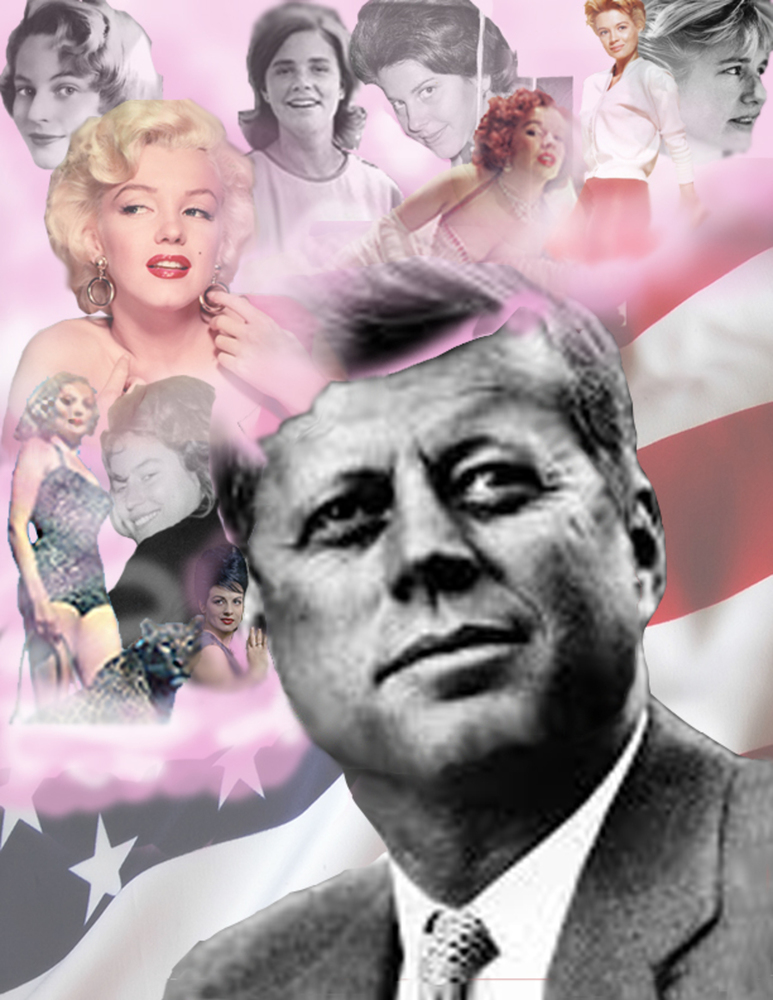 This Kennedy mural named Infidelity was made using photoshop.

I intended to show that Kennedy was just a man. He wasn't this perfect person who was completely devoted to his wife and represented wholesome American values. He was a man of many affairs as well as the one who helped lead America through the Cuban Missile Crisis.

I was inspired by the works of Andy Warhol because he focused on using what was popular in a lot of his works and reproduced it. I took reproduced in another direction as I thought about people who remained in high esteem in society. That brought me to JFK, a president who is still known for being handsome and an American hero.

Using the location of the bullet that ended his life as a starting point, I went backwards and thought of how imperfect this "perfect man" was. His affairs were a lighter view into the rumors and issues during the 35th presidency. 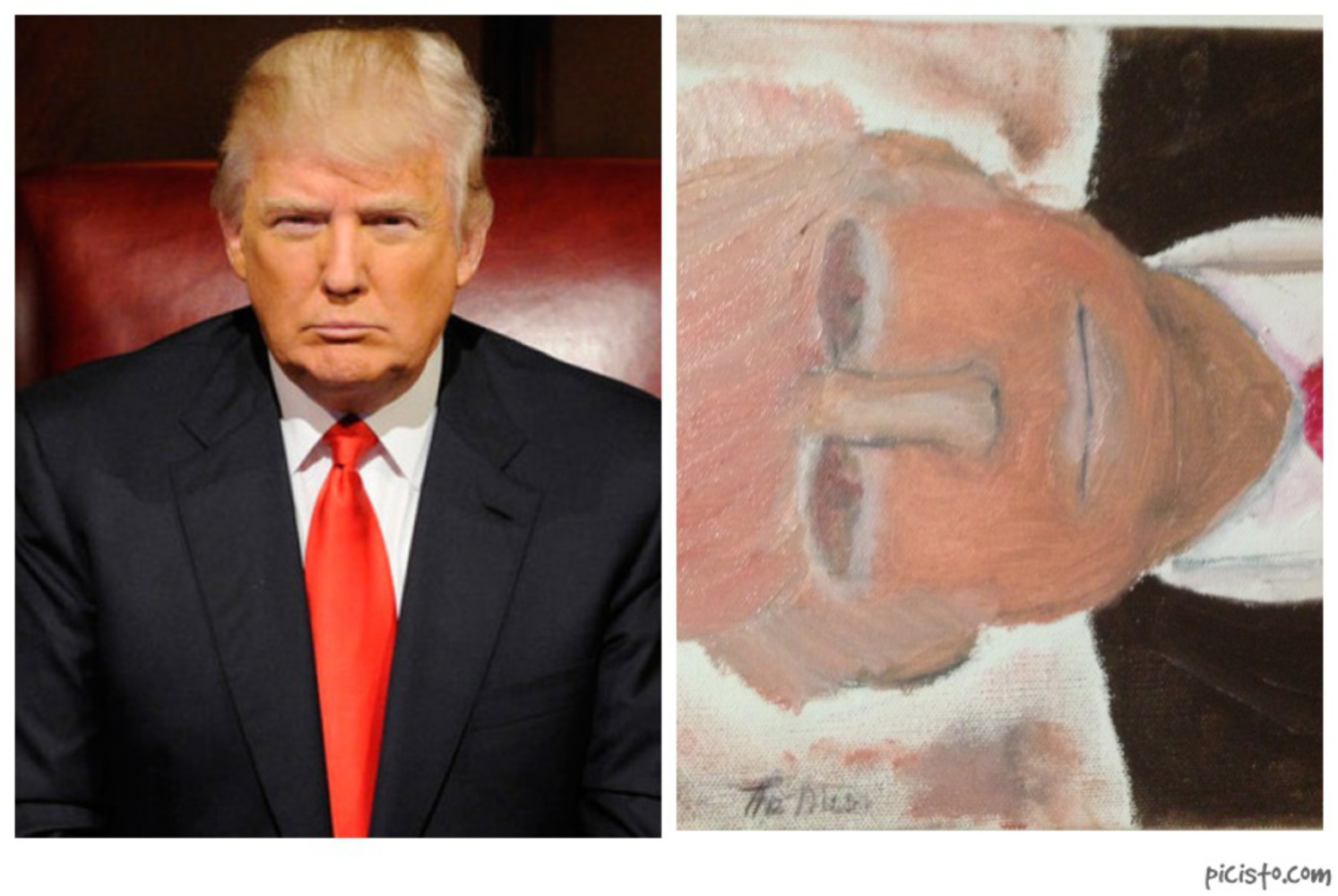 I went for a different approach with the Donald Trump portrait Lord of the Flies (Where is the Id?). It was inspired by the misogynistic comments by Trump, the article "Donald Trump Just Stopped Being Funny" by Matt Taibbi, and a comment by Jon Stewart. This work was made from lipstick, body color,  and pencil.

I felt that the Trump situation, like John Stewart said,  was "America's id is running for president." He was like all of America's irrationality, ignorance, and stupidity all wrapped into to one hateful package. "Donald Trump Just Stopped Being Funny," brought up the fact that people were actually taking Trump seriously as a candidate which discouraged my faith in America's wise decision making. Taibbi brings up the fact that serious candidates aren't confronting him appropriately, the super ego completely disassociating itself with the id. This made me wonder who would be the ego. Who would confront both sides of this political subconscious?

In addition with his sexist comments and the great discomfort he caused for his wife, I felt that he was too ignorant. I used makeup supplies almost as a way to explain to myself that he does not know women and probably never can. To him, a woman's opinion is no more than idle chatter, when we are supposed to be living in an era where man and woman stand on equal ground. Everything about him confounds me, but then I realize that he is not a man. He will not wake up in the morning only to be told by society that he is not pretty enough, that he has to add layers and layers of essentially grease in order to be considered "pretty." He will never understand the pain that women go through, so him basically shutting down women, brought forth an anger in me, but an understanding that he will never truly go through what women go through. 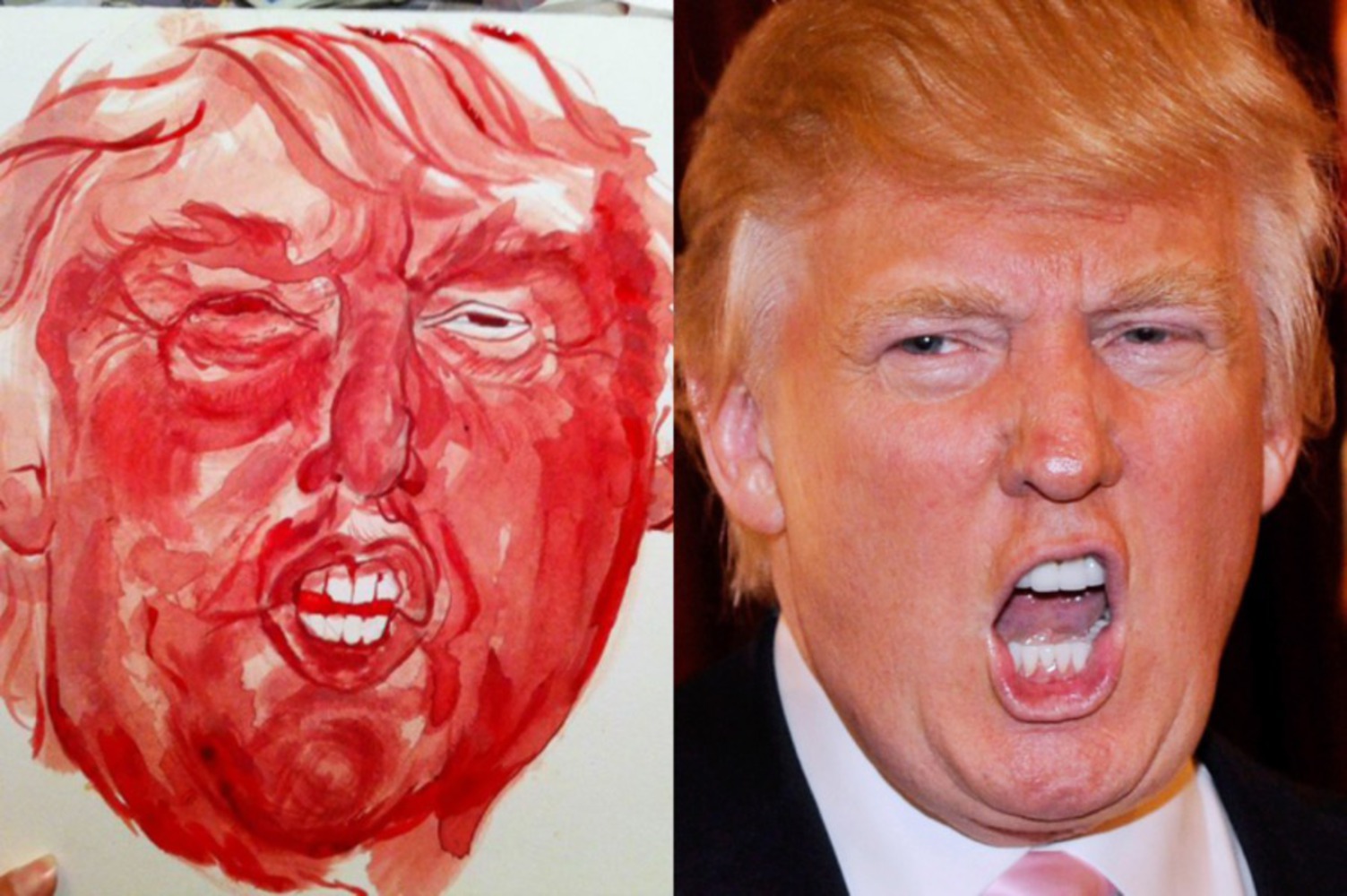 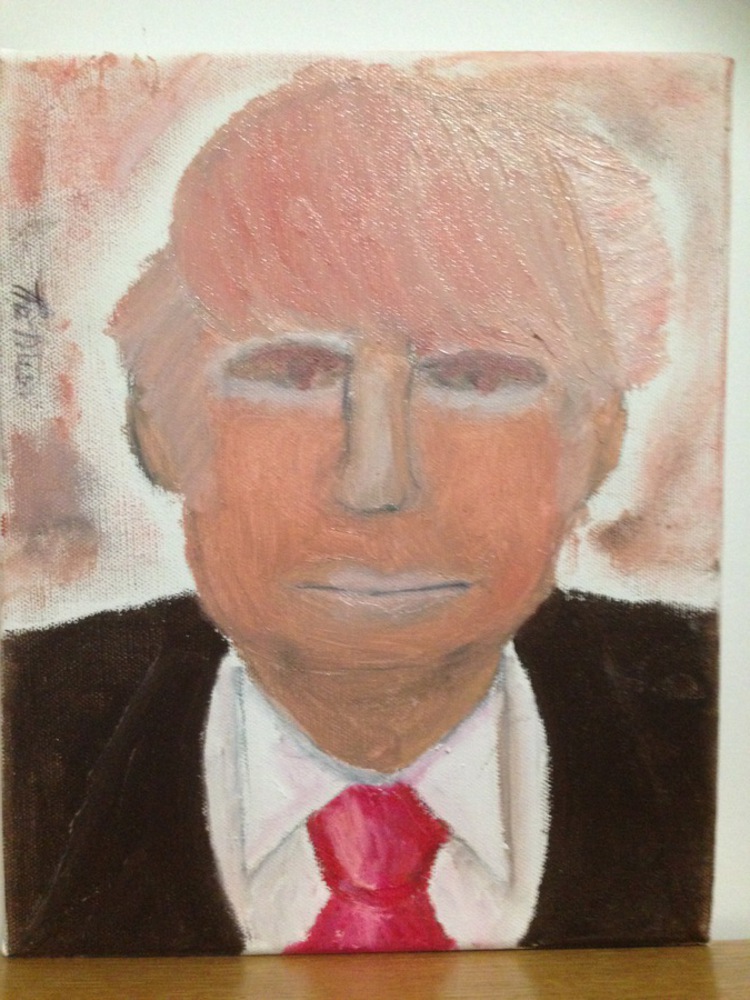 Both works do fall a little short. JFK should have had better editing of the face crack and Trump needed more planning so that the color choices would be better. I did learn how hard it is to use lipstick as a medium and how difficult it is to properly portray a person's likeness with such thick strokes.