Made by Ricardo Tucker

The purpose of this project is to gauge reactions to breaking the standard convention for profile pictures on social media.

The typical expectation for people's profile pictures is that they will choose a picture that they feel represents them and who they are well. More often than not, this means that their profile picture will actually include themselves in it. So what happens when we break this standard and make our profile picture one that is NOT of us?

For this project I will be switching profile pictures with Everi Osofsky for one day to judge my friends' reactions. Given that my profile pictures tend to be on the more funny/lighthearted side, will people think that this is just another joke, or perhaps in some strange way I am actually serious about this? I will be documenting how people choose to interact to this experiment, whether they like the picture, comment on it, send me a message asking me why I've changed it, etc. 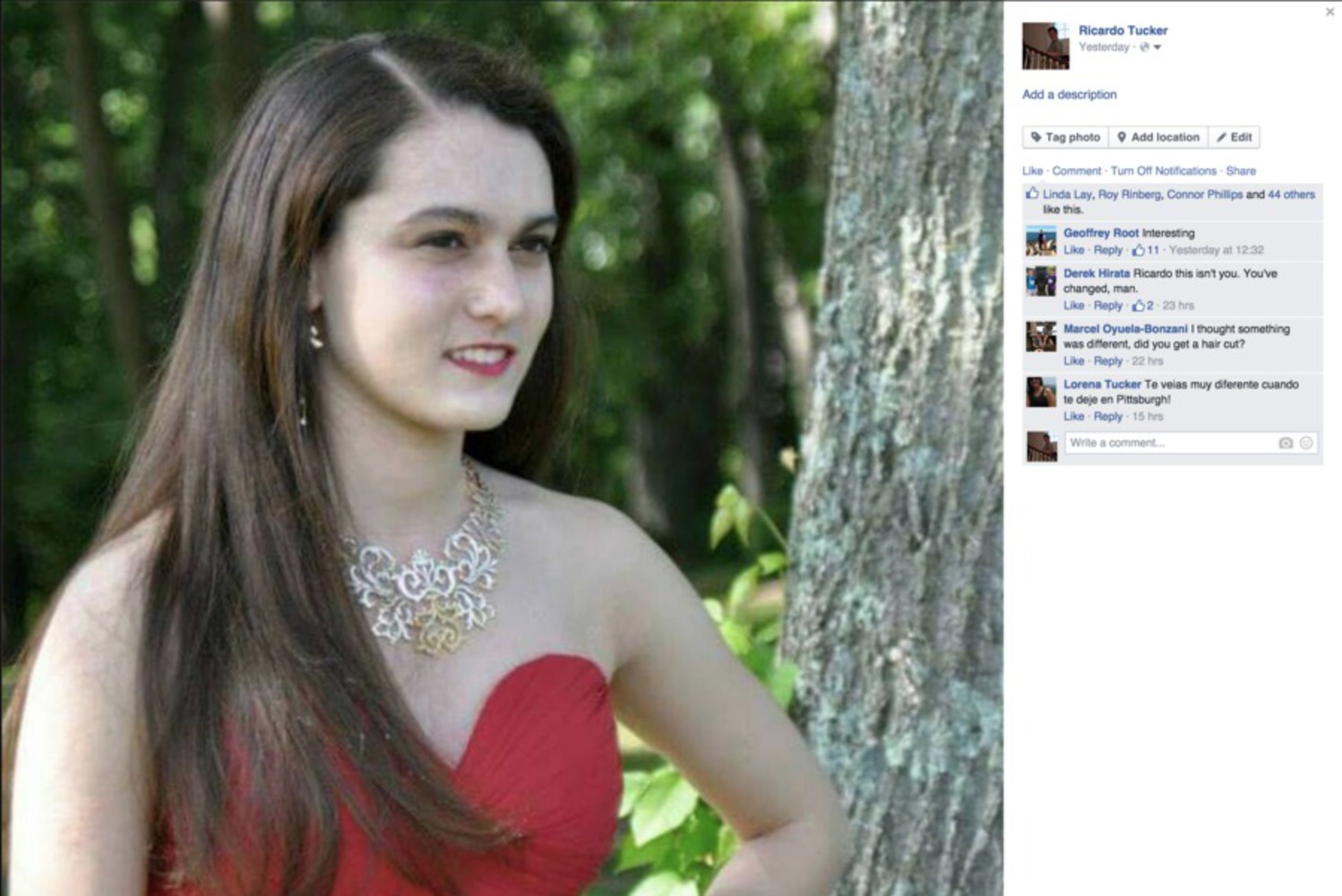 The results of this experiment were actually quite different from what I had initially expected. Even though Everi and I had gone to the same high school, meaning we have a large number of mutual friends on Facebook, I was expecting almost no interaction with the photo since it would just confuse people why my profile picture is suddenly of her with no explanation. However, most of the interaction with the photo came from my friends from college that didn't know her instead.

Most people simply liked the picture on Facebook without really questioning it. Up until I changed my profile picture back to one of myself I received 47 likes on the photo, which is about half of the average amount that I receive on profile pictures. One interesting thing I noted was that there were more people from my high school that normally don't like my photos that liked this one since they knew Everi as well.

The reactions that I received to this photo can be split into two categories: some form of joke that stated the obvious that the picture wasn't of me (all seen in the comments of the picture), or legitimate confused/concerned questioning. I happened to be with my girlfriend at the time I changed my picture, and almost immediately after changing it she showed me Everi's photo with a decently upset "Who is this?" I also received a text message from my dad, who knows Everi, asking me why I changed my profile picture to one of Everi concerned I was playing some sort of mean prank on her.

Another surprising part of this project was the response to friend requests that I sent out while still having Everi's photo as my profile picture. I sent out about 25 requests to new members of my fraternity, some who I knew already and some who I haven't even formally met yet. Only two of the guys waited until after I changed my picture back (neither of which I had formally met yet), so it seemed like having a picture that was not my own did not particularly affect their decision to accept or deny my friend request.

Overall, aside from my girlfriend, dad, and 3 other curious friends asking what was up, no one reacted to the picture much more than simply liking it on Facebook. This makes me curious about whether my friends liked the photo simply because I posted it, or if they thought it was a joke and thought it was funny, etc. I liked the experience of this project since it has made me think about how people choose to interact with posts on social media in a different way I hadn't before.

I think it's a great idea! My idea was also that I would put a friend's picture as my profile photo, so when I saw your idea, I was very curious about how the results are going to be; will we get the same results or not?

The purpose of this project is to gauge reactions to breaking the standard convention for profile pictures on social media.