Made by Teddy Lee 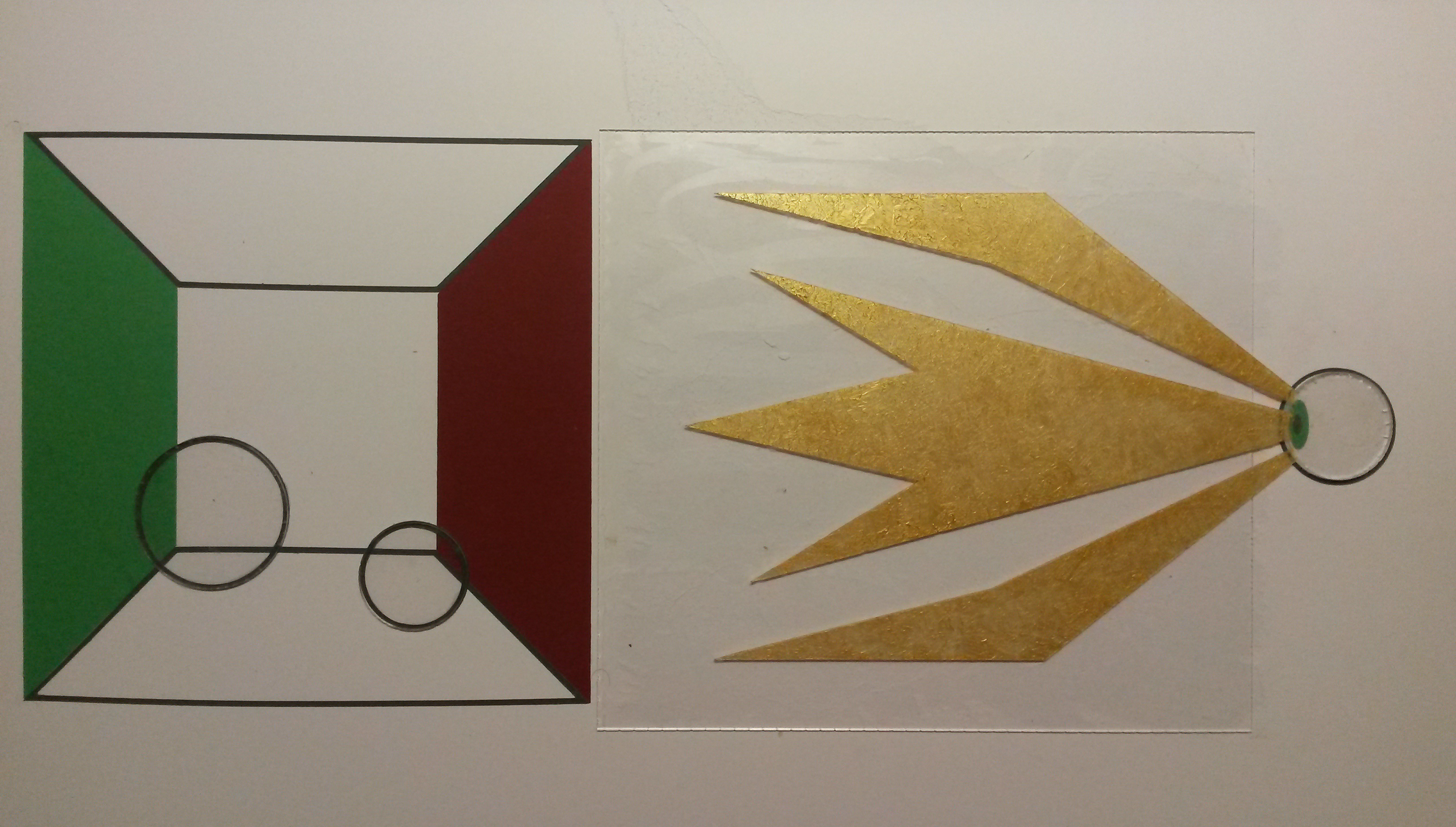 My inspiration for this project was the Cornell Box. A classic scene consisting of a rectangular room with only three walls, one white and the other two either red blue or green. In the room there are usually two objects, both simple shapes such as cubes or spheres.

Below: Cornell box 3D model by Crewman.in.red from Sketchfab.

Below That: Cornell Box Rendering, University of Washington

Cornell Box by crewman.in.red on Sketchfab Narrative: R3nder is characterized by the juxtaposition of flat and dull shades with reflective and semitransparent surfaces. The box on the left is a representation of the Cornell box, a classic computer graphics rendering subject used to compare light interactions in a computer render with ones in a real world model. The Cornell box is not presented here as a hyperrealistic computer rendering, but as a totally flat image in the style of Albers and Mondreau. On the right, The eye emits light towards the Cornell Box setup, a reference to the most popular method of computer rendering, raytracing, where instead of detecting light coming into their virtual camera, Light is shot from the "camera" and bounced around and the points it hits projected onto a "screen" in color. This representation of the 3D rendering process is free from all the complexity that comes with 3D representation, but is made interesting by the use of matte and reflective colors to mimic the reflectivity and light transfer in the 3D process. The use of Acrylic, though subtle in photographs, creates a changing ligh similar to reflections off spheres when you change the angle you look at it from, but unlike a sphere, this flattened 2D version shows that something in 2 d will portray the most accurate representation of something behind it because of a lack of refraction.

Account of the Process: When I first conceived of the idea of representing a rendering process through something more traditional, I was leaning towards doing a sculpture using 3D printing, after, I realized that was weaker than making a 2D representation artistically because I would then be able to juxtapose the hyperrealistic rendering with the simple, flat, hand rendering of the process. I decided to mimic the stark cubes of homage to the square when I was thinking about pop art and Albers. Over that I transposed laser cut acrylic circles to give the matte materials depth through partial reflections and to represent the two spheres most often seen in Cornell Box Renderings. I used the textured gold paint for my light rays in order to replicate the sun in the eye which served as my camera. All the cardstock cutouts were designed in Solidworks CAD software then cut out on my plotter.

a. Currently, given my knowledge, I do not immediately see the Cornell box, The lack of shadows and shading creates an impression of flatness which is what I intended. I think that to someone who has no knowledge of of computer graphics or CAD, The box seems very geometric on it's own and the sharp edges of the beams of light emanating from the Eyeball and then go parallel to the cube also suggest order and flatness. Since the view of the Cornell box is straight on, I think that also lends itself to the perception of regularity and the almost intrinsic use of perspective that is inherent in the structure of the box. I wish I had better thought out my process beforehand. There was a lot of trial and error that resulted in having the light beams be over another piece of clear acrylic for many reasons. I think if I was able to avoid that piece of acrylic there, my shapes would be more well defined and better show the matte/reflecticve dichotomy.

b. If I were to have looked at this at the beginning of this module, I don't think I would have made any of the connections to pop art and other abstract art like I have here. I doubt if I would have even realized that the Box was supposed to be in perspective view because of the usual lack of shading and other indicators of room scenes. Even my prior knowledge of CAD design would have thrown me off because most CAD programs use an orthographic view by default, where perspective is not applied at all. I don't think I would have identified the matte/reflective dichotomy either.