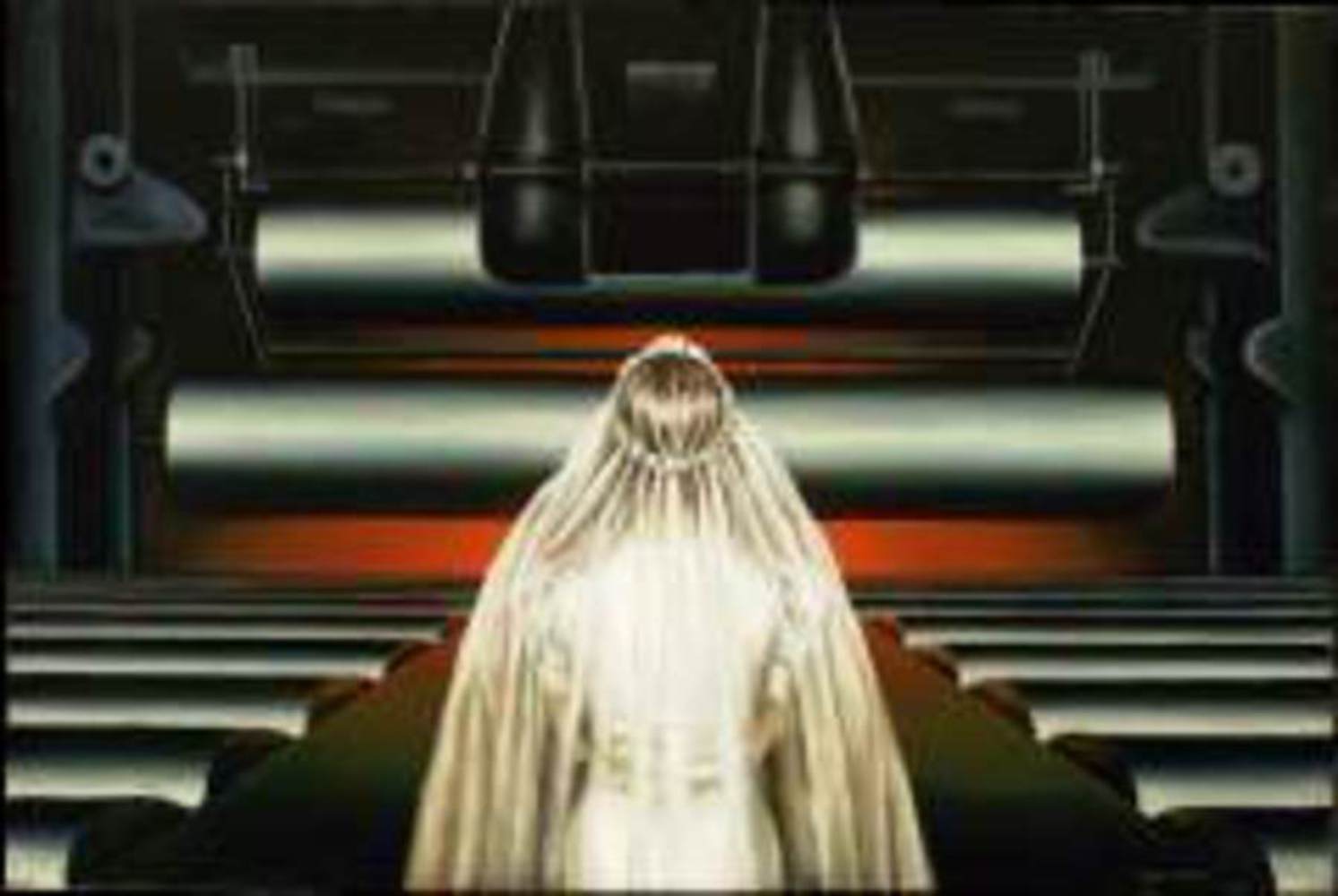 The first piece I chose was "War Bride". It caught my eye because of the incredible contrast between the setting and the bride herself. She is beautiful and delicately dressed, using fine lines and intricate details. Her veil is sheer, showing us her form through its gauzy surface and creating an almost ethereal effect. Her arms are up as though she is walking down the aisle, holding a bouquet.

The setting is a factory. The product is difficult to discern, other than large, cylindrical and metallic. At first I couldn't figure out why they chose this representation, but I think the artist actually chose a minimalist approach in order to create more contrast between the detailed bride and her surroundings. Given that, I feel comfortable in believing these are rows of missiles in production. The walls and ceiling are made of hefty machinery, clunky and large and shown with dark shapes. Beyond everything there is a dull red light, almost like from a forge. The light is very ominous, and coupled with the sense of the bride walking down an aisle, it seems like she has been pulled from her wedding and is now walking towards her doom.

I the artist was trying to make a statement about what is lost in times of war. These two things- a factory in war time and a bride in peace- cannot happily coexist. Newlyweds are split and sent to battle, fiances are killed across oceans, love is torn apart. This young woman is out of place in this factory in more ways than just being dressed for the wrong occasion. She is prepared for an event that represents everything that war does not allow. This big, ominous factory looks like it just might destroy her if she ventures any further. 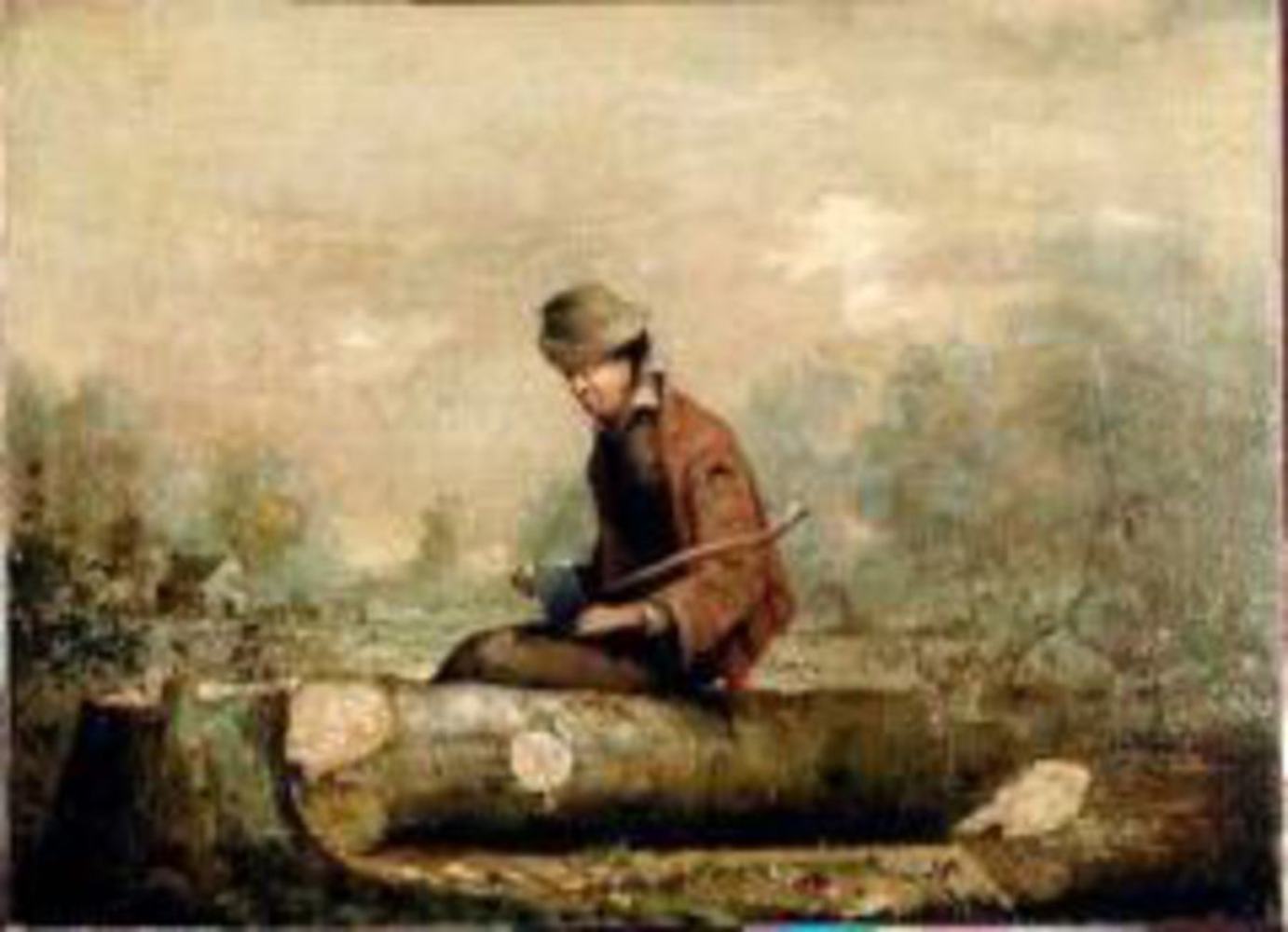