My project was made to reflect the style that František Kupka used in his work, "Mme Kupka Among Verticals." 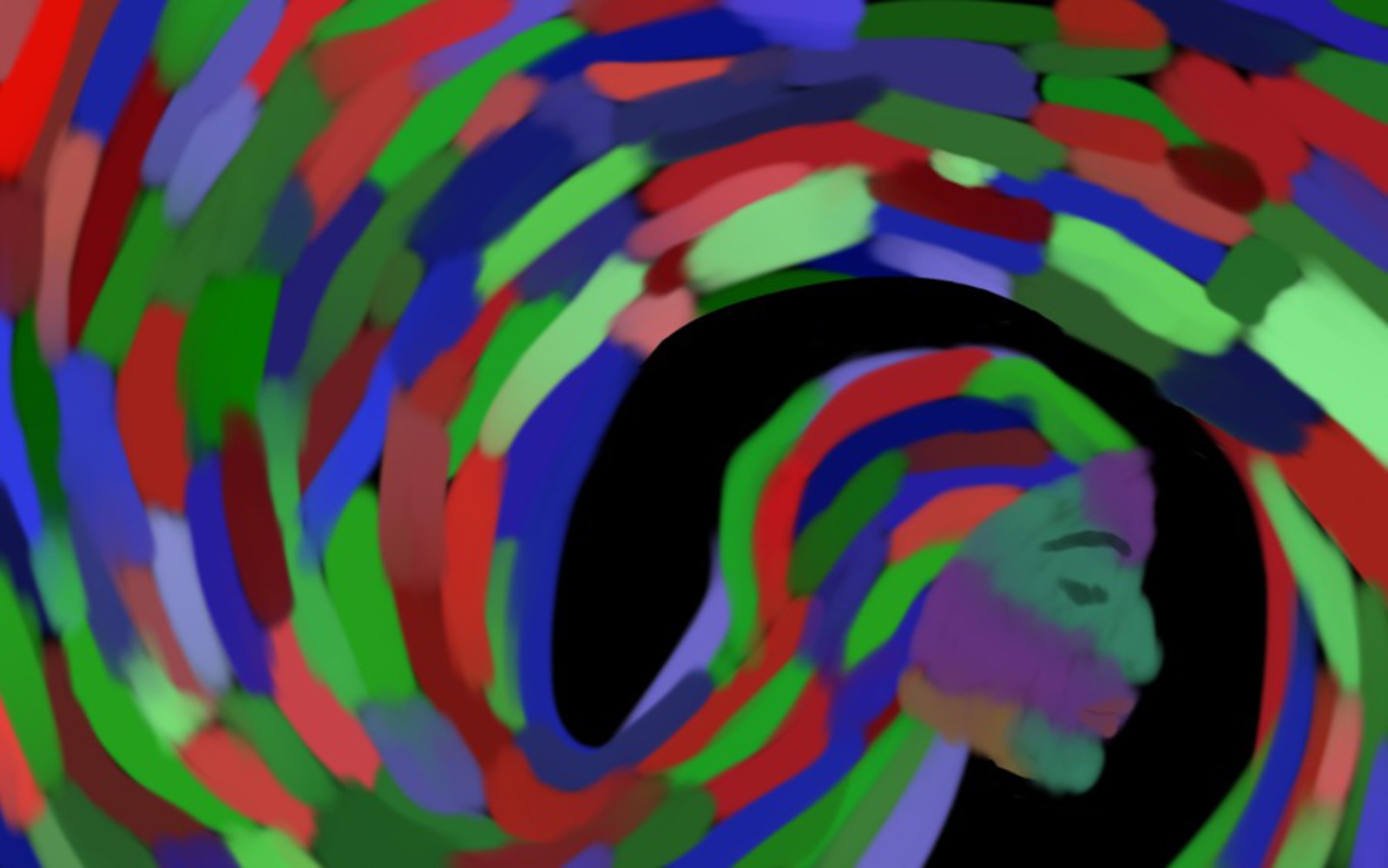 František Kupka is an artist from the modern day Czech Republic who was a pioneer of orphism, a style that emerged when Kupka was in his early forties. Orphism is a branch of cubism that is distinct by nature of its vibrant colors and pure abstraction. Kupka's early work was more realistic, though his artwork adopted many cubist and later orphist styles. His most famous works are mostly orphism. Kupka was passionate about painting with colors while divorcing the colors he painted with from symbolism behind the colors.

Kupka's painting "Mme Kupka Among Verticals" is a near orphist painting, with one distinction: the face in the upper center of the canvas. The painting was not intended to look the way it did once Kupka started painting this piece; the work was started when Kupka had not yet adopted the style of orphism and was still painting more realistically, with the exception of the colors he used, a trademark of Kupka's work. Kupka started this as a portrait of his wife, but later repainted over her face and the remaining canvas to create a near-orphist work. The painting cannot be truly labelled as orphism, since a part of the painting has a shape that can be identified, that being the face, but the rest adopts the abstract shapes of brilliant colors that define orphism.

As Kupka did, the painting started with a face, which was drawn in repeated strokes using a watercolor brush in FireAlpaca, to simulate painting in the digital context. I also made sure that the colors I used to paint the face were largely unrealistic while still making sure the face was undeniably a face. For my interpretation, I stepped farther back from true orphism and instead used the essence of orphism to convey an aspect of the painting, that being the girl's hair, which dominates the painting. I continued the strategy of painting in watercolor strokes to simulate painting. I also left some of the canvas blank to make it more clear that the orphist rectangles from Mme Kupka Among Verticals simulated hair rather than an abstract curve.

While purists would probably not label my work as orphism and merely cubism inspired by orphism, I believe it is an adequate tribute to Kupka's work. The essences of the two works come from similar influences and are shown in similar ways, through the orphist rectangles in uniform direction. This would likely be closer to Kupka's work if it were made with paint on a canvas and not FireAlpaca, though I took care to use my tools in a way that would resemble Kupka's media.

The artist research is adequate, and by delving into it that far, you were able to produce an interesting final project. The difference between the works is meaningful and you really embraced the style of art while creating something that was your own. You could have gone further in your product and reflection documentation.

My project was made to reflect the style that František Kupka used in his work, "Mme Kupka Among Verticals."