The objective of this project was to explore how emotions can be communicated through expressive motions for inanimate objects to give them a personality. 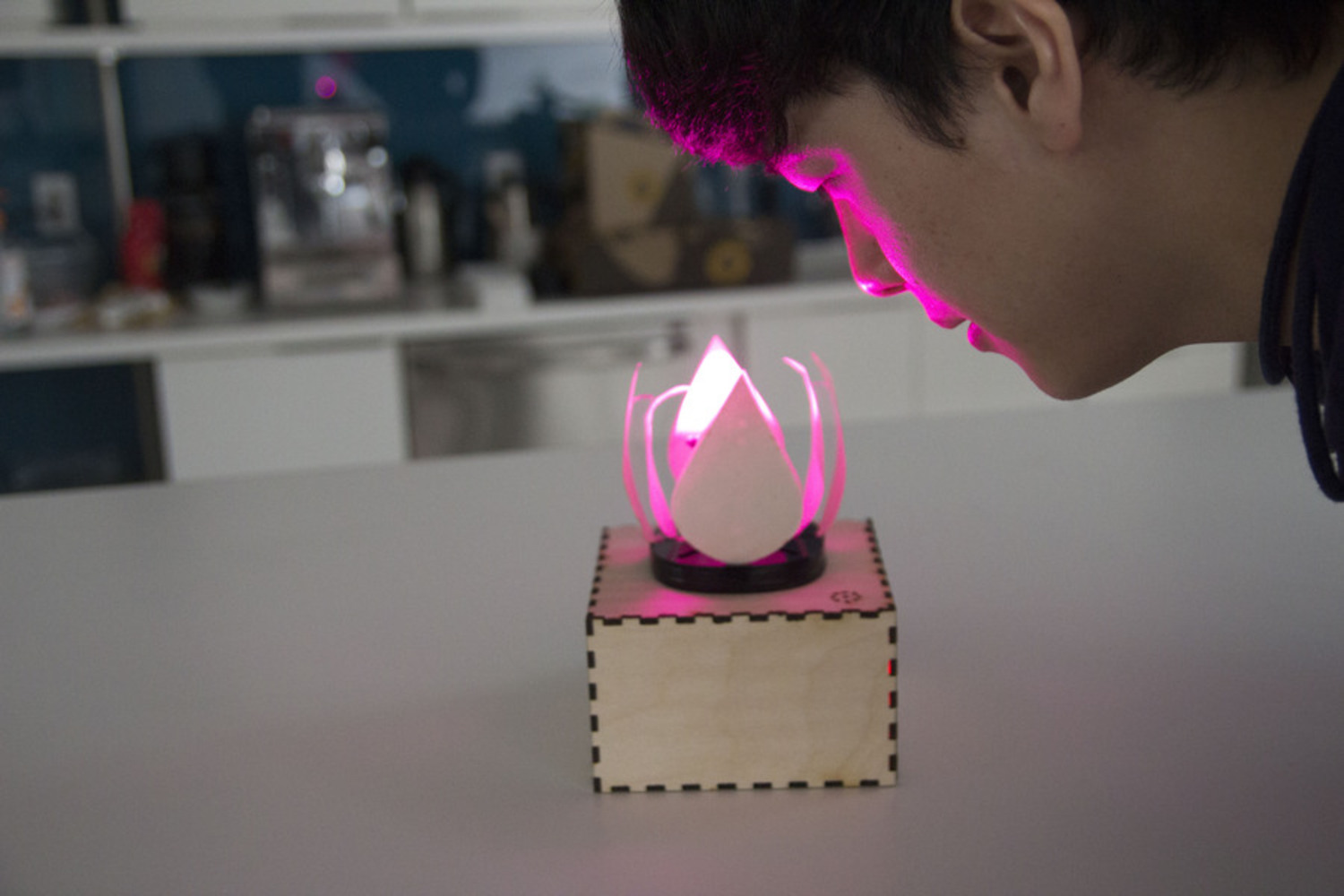 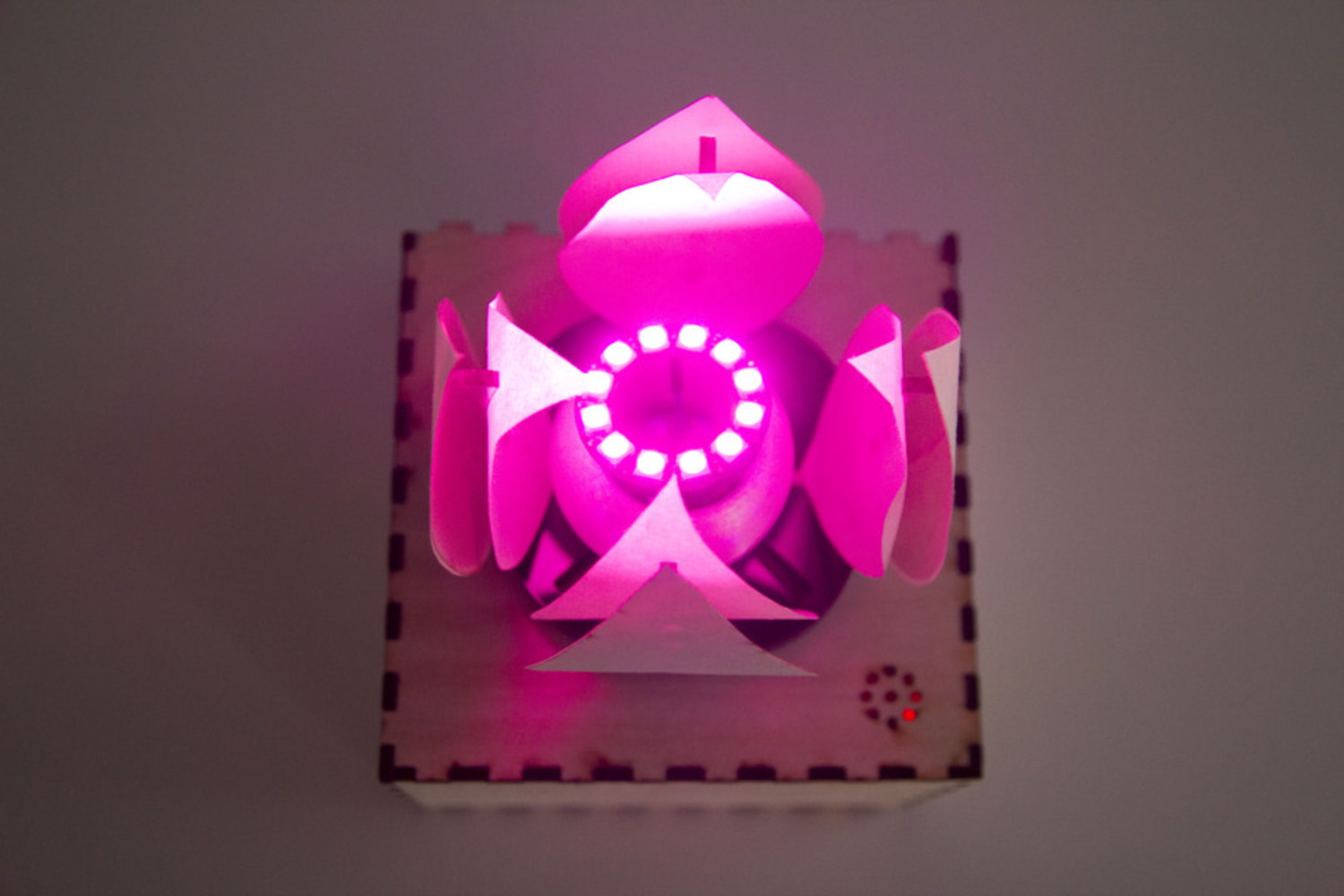 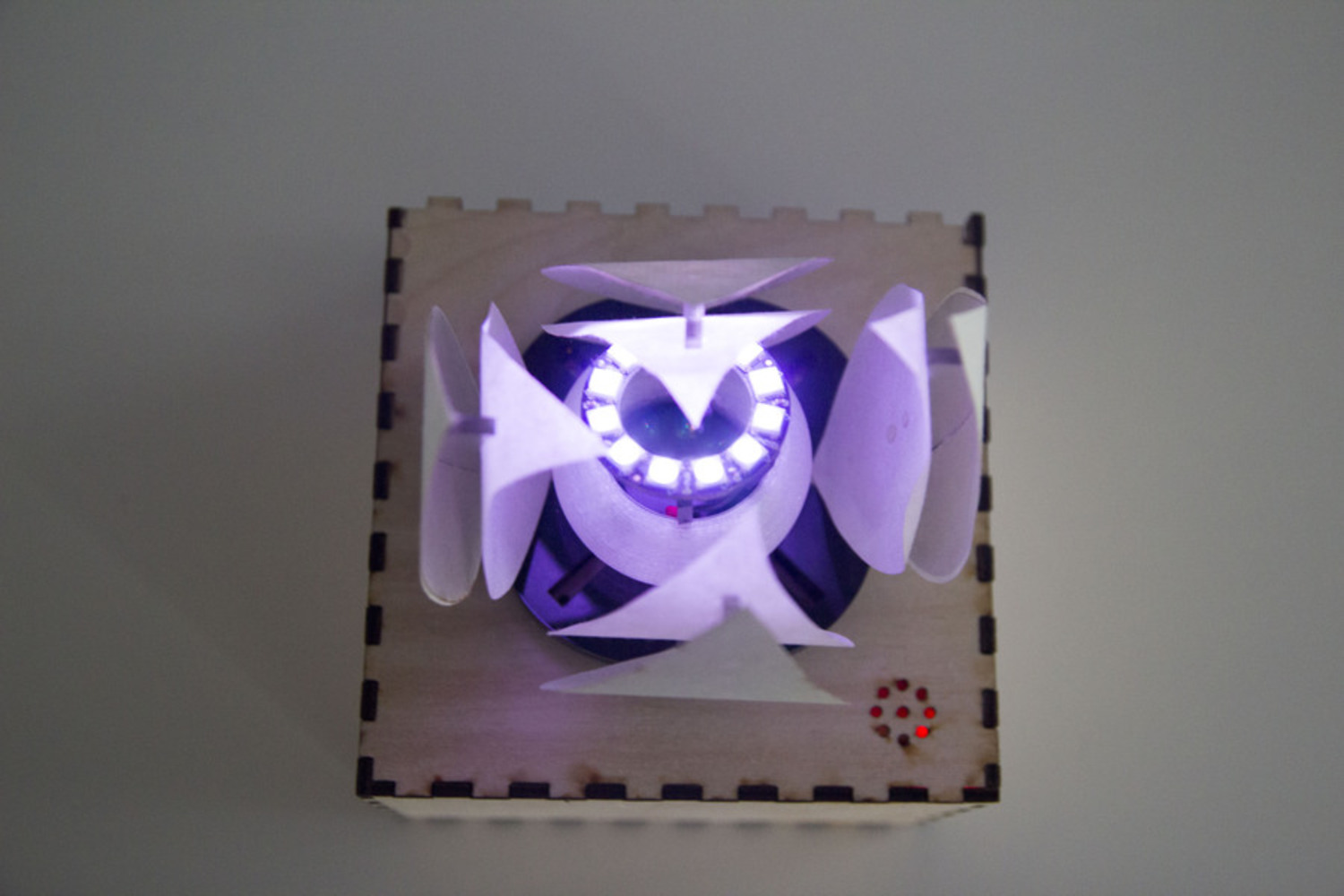 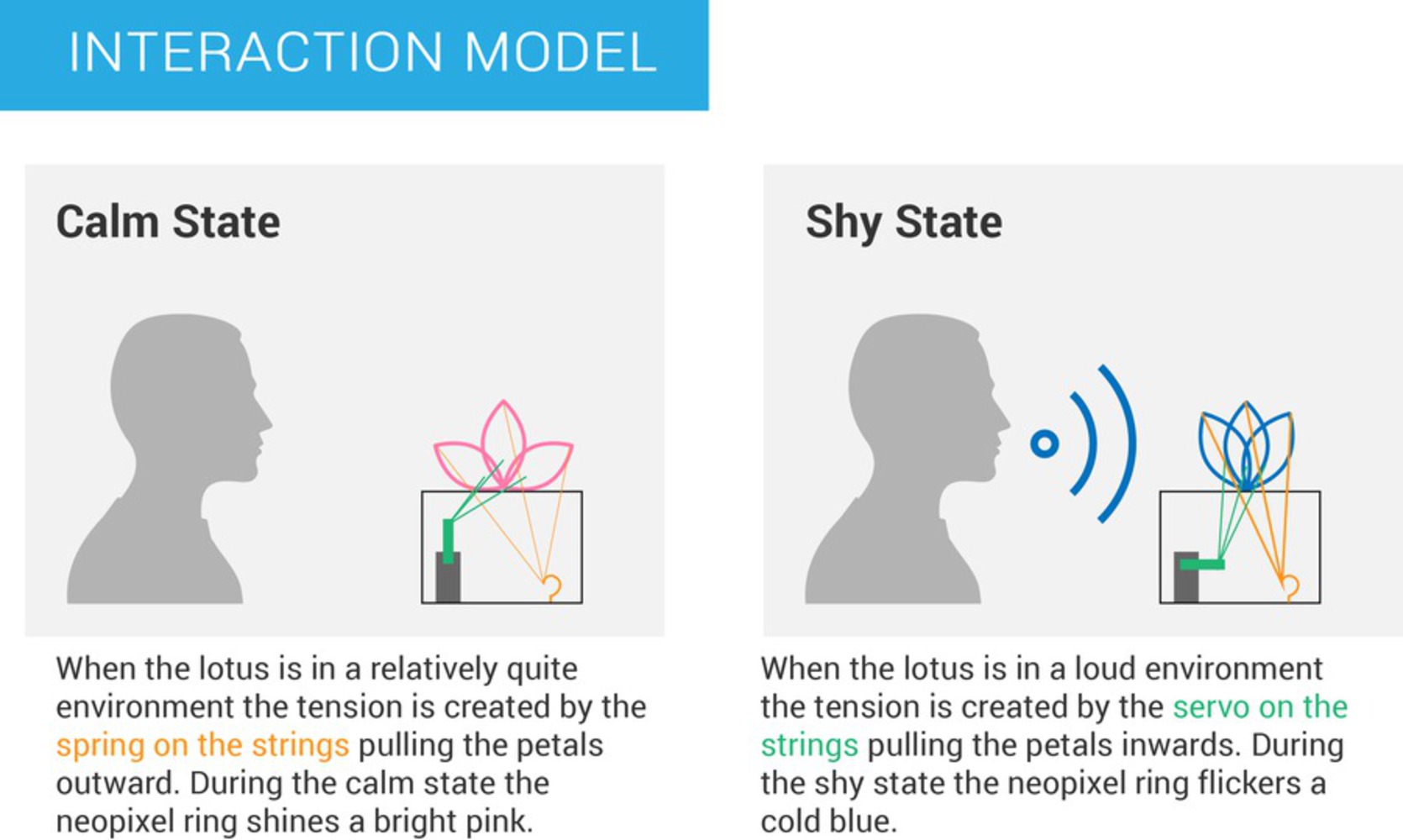 Gestures are considered one of the most primitive forms of communication amongst human beings. However, when you look at objects the way they communicate with us it is a bit more explicit (i.e. speech or text). With Shy Lotus, I wanted to explore the expressivity of motion and to see if objects can communicate to us through motions.

The interaction I wanted to design is that of a shy plant that is sensitive to loud environments. Essentially if it is too loud it would close its petals and change color to convey a mood of shyness. Only when the ambient environment has calmed down do the petals reopen and the flower changes color to convey a state of calmness.

The shy lotus has three major components: the petals, the center dome, and the pedestal.

- The petals are made out of rice paper and held together with a stem made out of laser cut acrylic.

- The center dome, which unfortunately was too small in my final build, is made out of a translucent resin such that the LEDs can be nested in it to create a glossy effect when they shine through.

- The pedestal is made out of laser cut plywood and houses the electronics controlling the mechanism.

There were two things I learned from this project 1) choice of materials changes the experience 2) mechanisms are difficult to build. The rice paper made huge difference in the experience and I felt that the delicate nature of the paper reflected the delicateness of the flower. With regards to the mechanism, originally I had planned on using nitinol wires to actuate the petals rather than a pulley system. Unfortunately, the wires never arrived on time and choosing to create a pulley system was back up strategy. The mechanism doesn't work quite as well as I had planned (I wanted the motion to be gradual rather than sudden) and I could’ve spent more time refining how it moves.

If I had a few more weeks to revise this project I would use the nitinol wires and rice paper to make the petals look more delicate. I would also rebuild the stand use wood or other materials so that it feels like it fits in a home. Finally, I would try to play around with the motion of the petals a bit more (i.e. add more degrees of movement or change motion path) to see if I could create more expressive and aesthetic motions.

The objective of this project was to explore how emotions can be communicated through expressive motions for inanimate objects to give them a personality.