The objective of this project is to study and understand smart textiles, using conductive thread, conductive fabric and sewable LEDs.

This Project was supposed to be the demo for the topic of Smart Textiles, and since I invested much time into finishing the demo, it became my skill investigation project. Here is the Blinking Poop Queen.

I started from sketching what I wanted my Blinking Poop Queen to look like. (the upper left corner in the picture)

Then I drew the circuit. (the upper right corner one in the picture)

After the design part, I picked the fabrics and LED lights I needed and began making the Blinking Poop Queen. 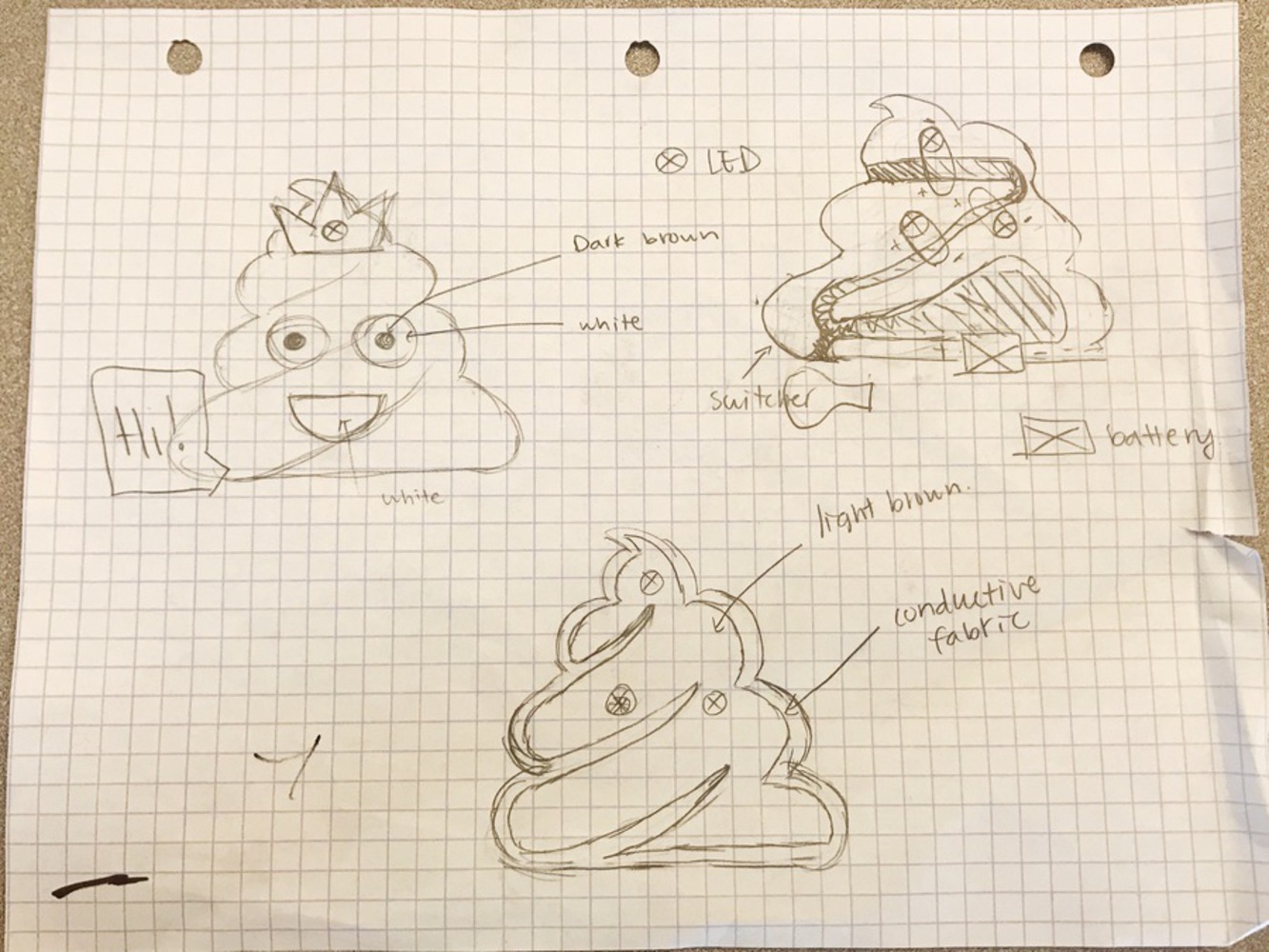 A small modification of the actual product from the design is that I changed greating box "Hi" to a heart. When the pink heart is pressed, the crown and the eyes(blink) light up. 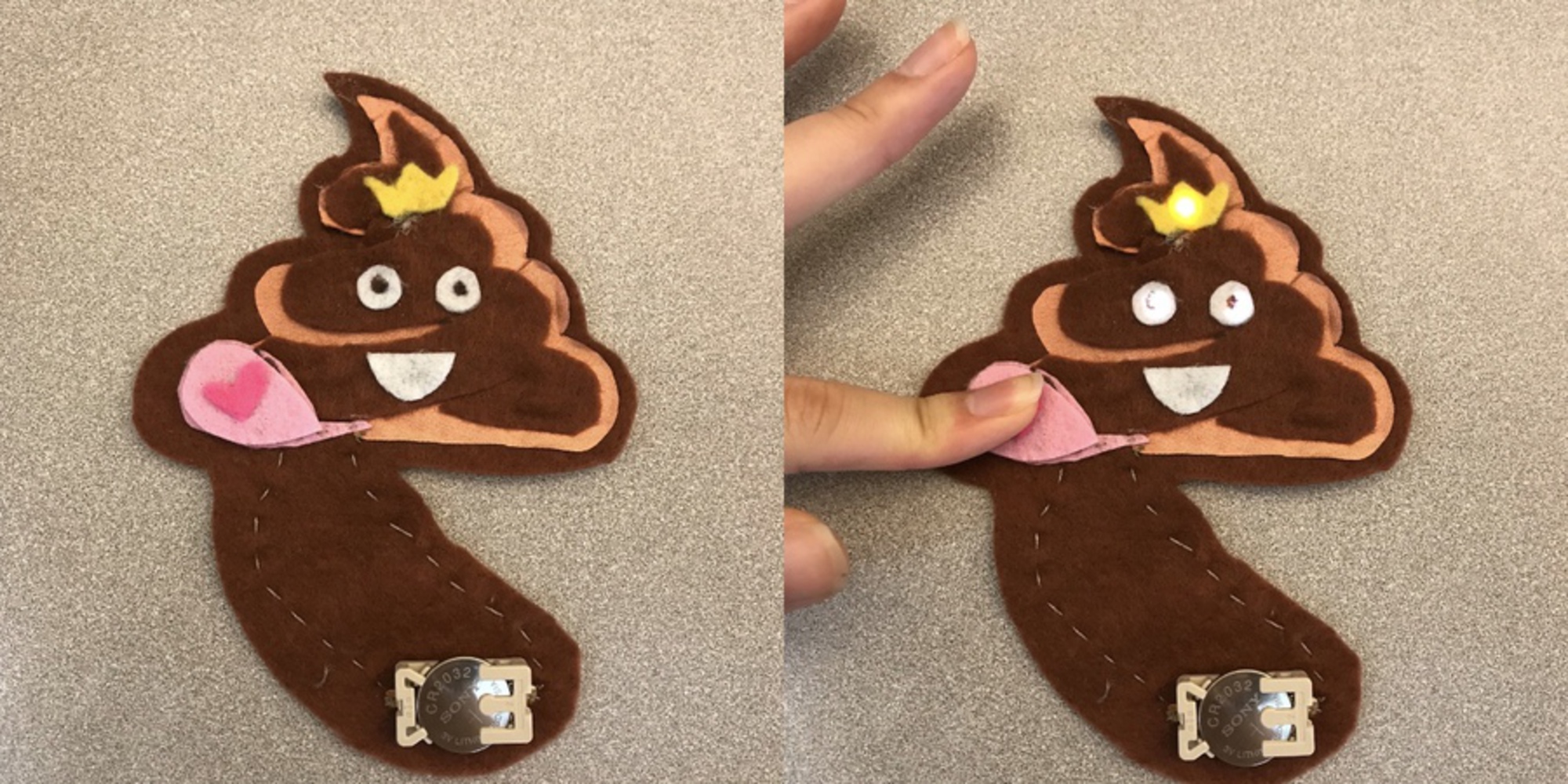 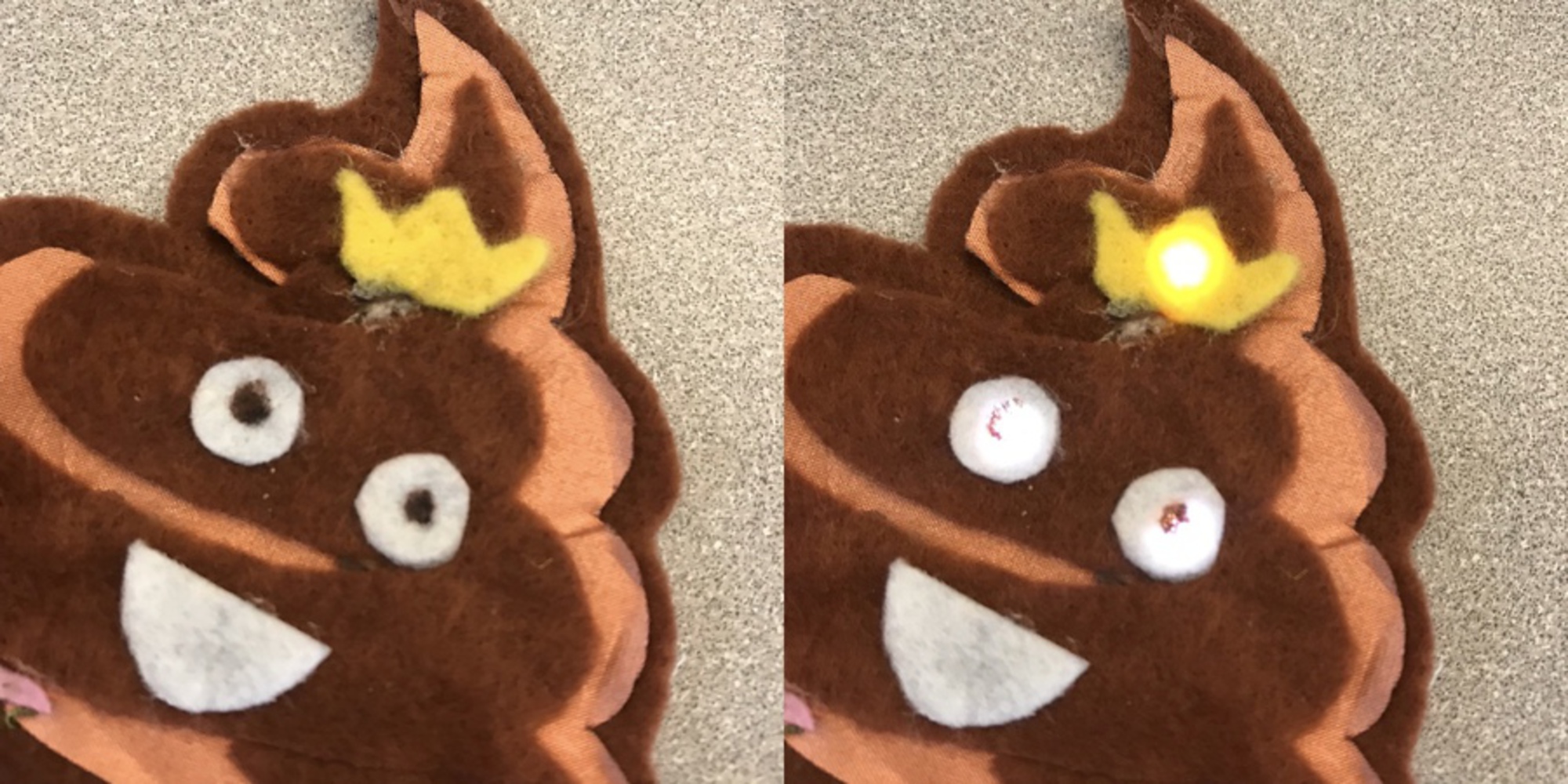 Another opening of the conductive fabric is the "switch". 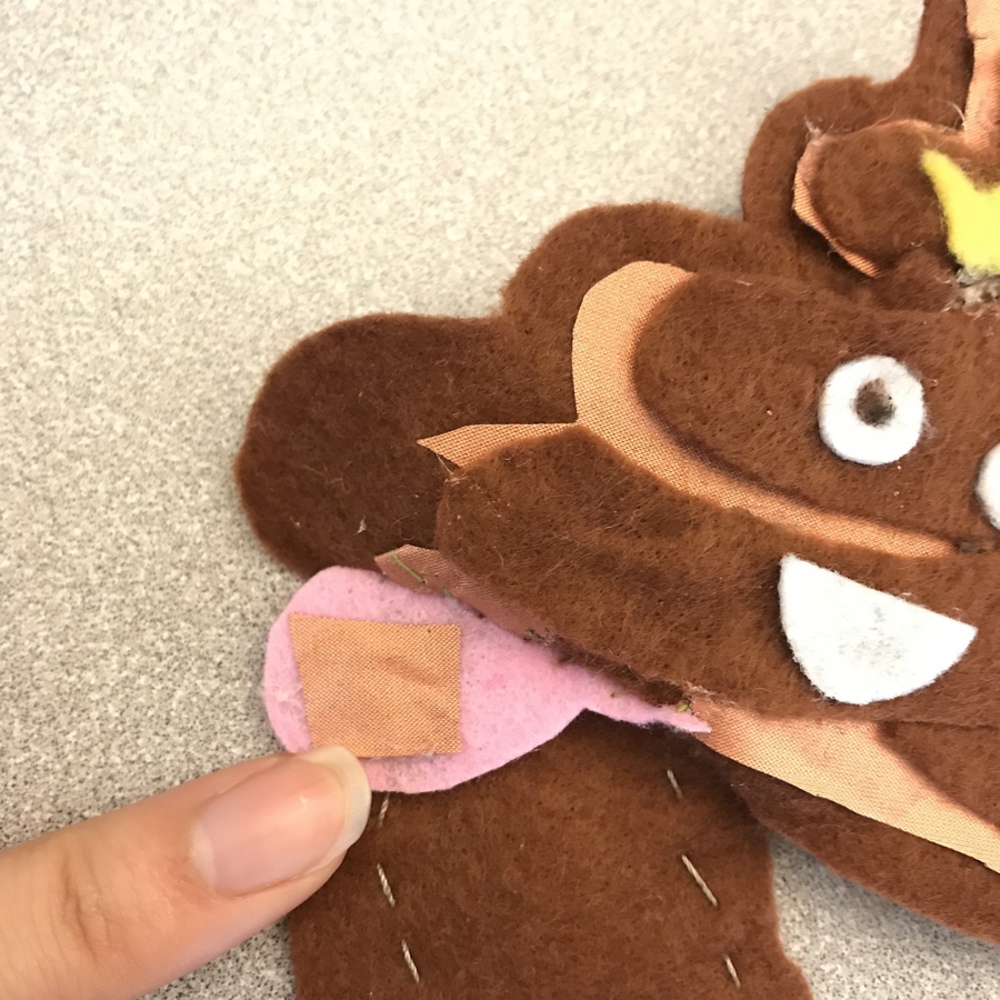 Conductive thread is used to connect the battery to the conductive fabric. 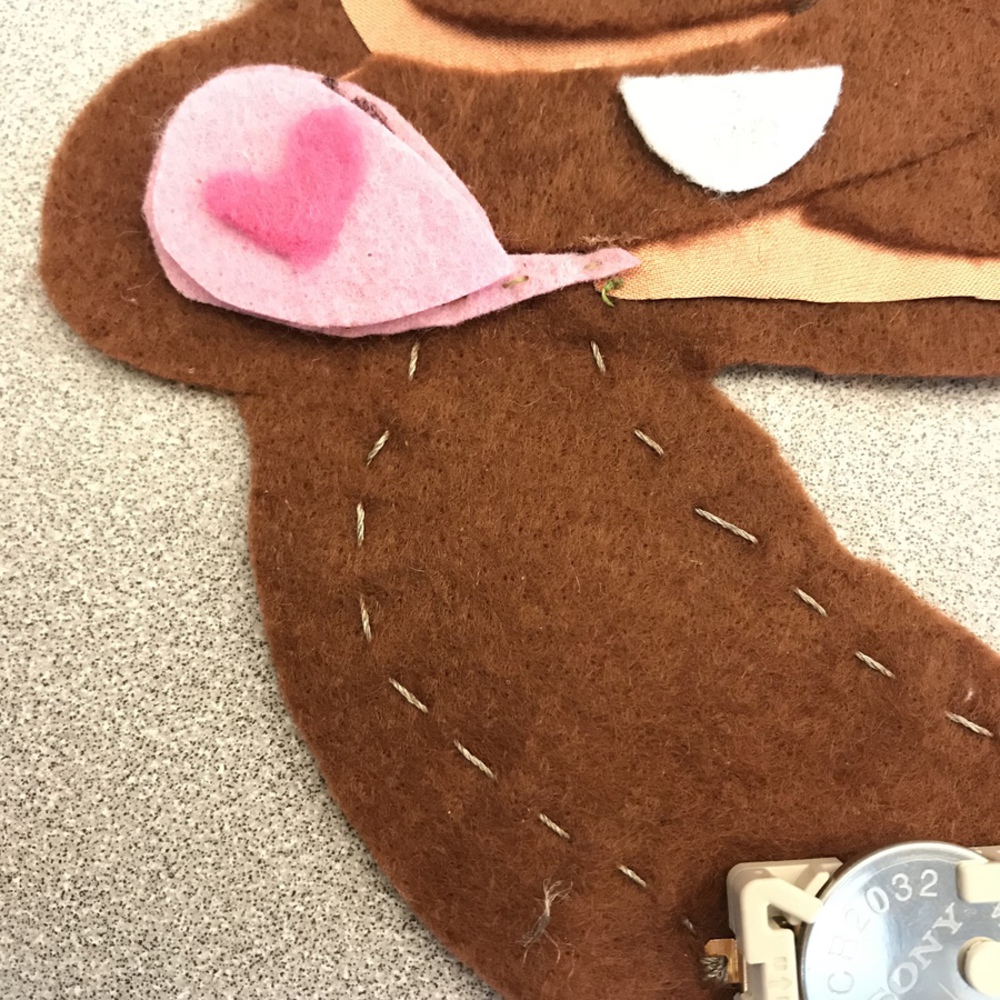 Conductive thread is also used to connect the LED lights to the conductive fabric. 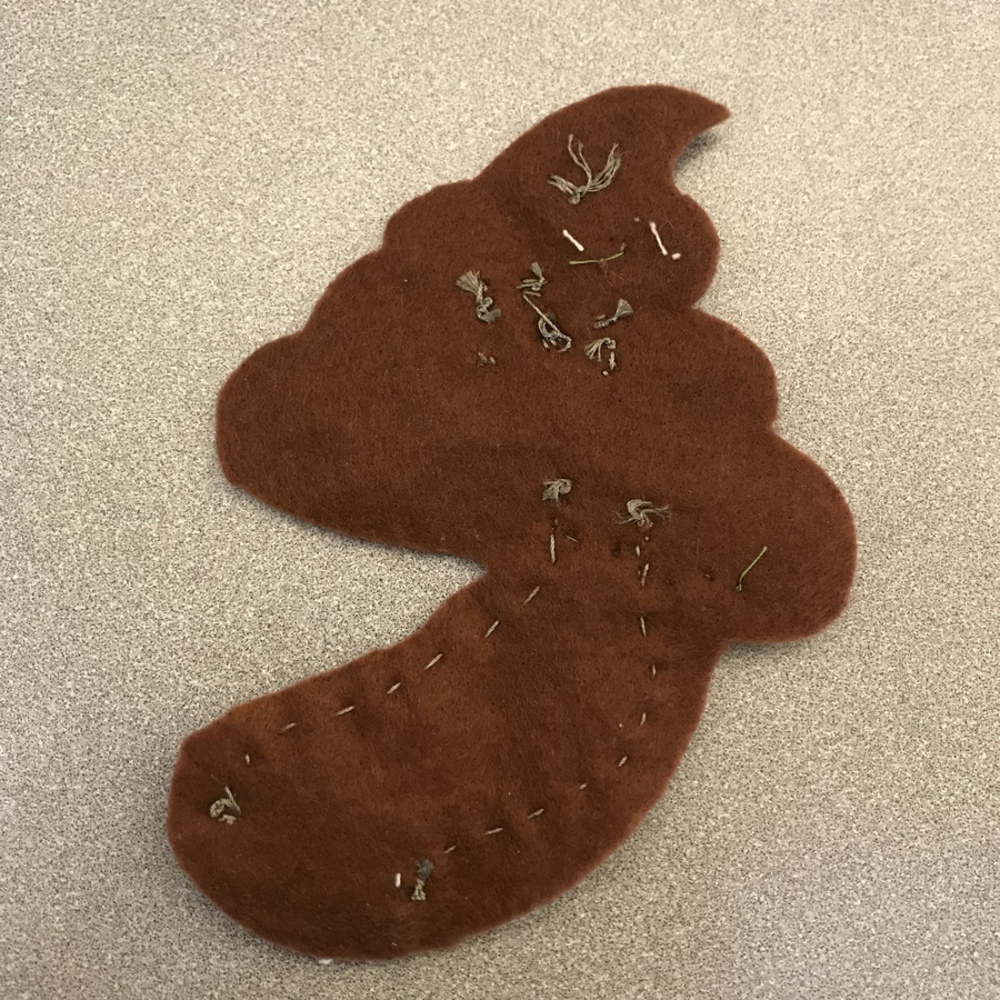 What did I learn?

I learned how to work with conductive thread and conductive fabric and how to manipulate them according to my design.

What would I do differently?

I messed up on the positive and negative sides of my LED lights multiplies times. I would be more careful and confirm that the right side is being sewed .

I would label where my LED lights are suppose to be before I cut the conductive fabric into two pieces. A difficulty that I ran into was when I was trying to sew on the last LED "eye", I realized the opening that I had was not where I wanted the "eye" to be. Although I solved the problem by adding a piece of nonconductive yarn in between the LED light and the LED light, the product could have looked neater if the planning was done better. 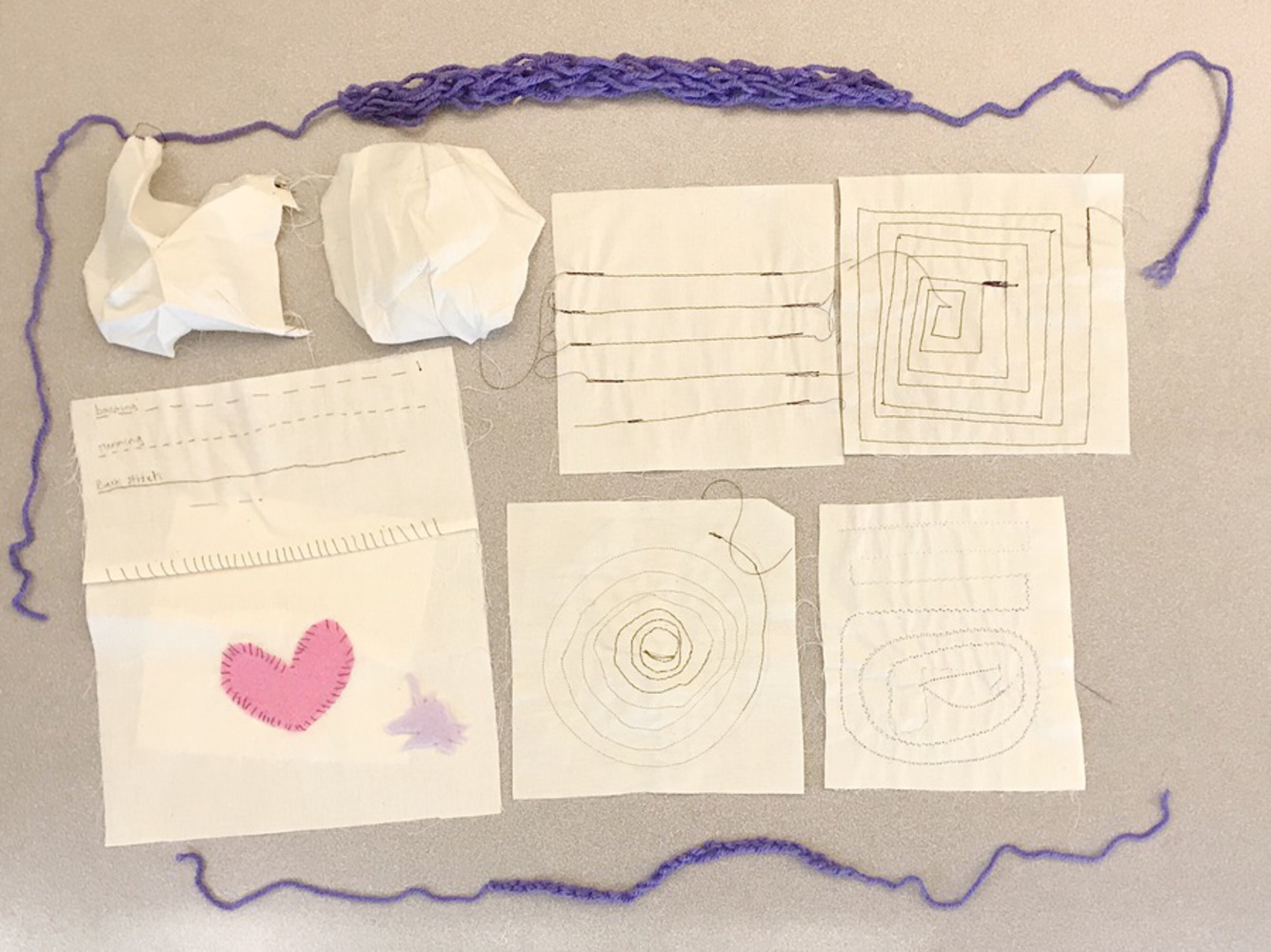 The objective of this project is to study and understand smart textiles, using conductive thread, conductive fabric and sewable LEDs.