Stories of the City

This project is an installation that seeks to serves as a conversational mediator between people inside and outside. 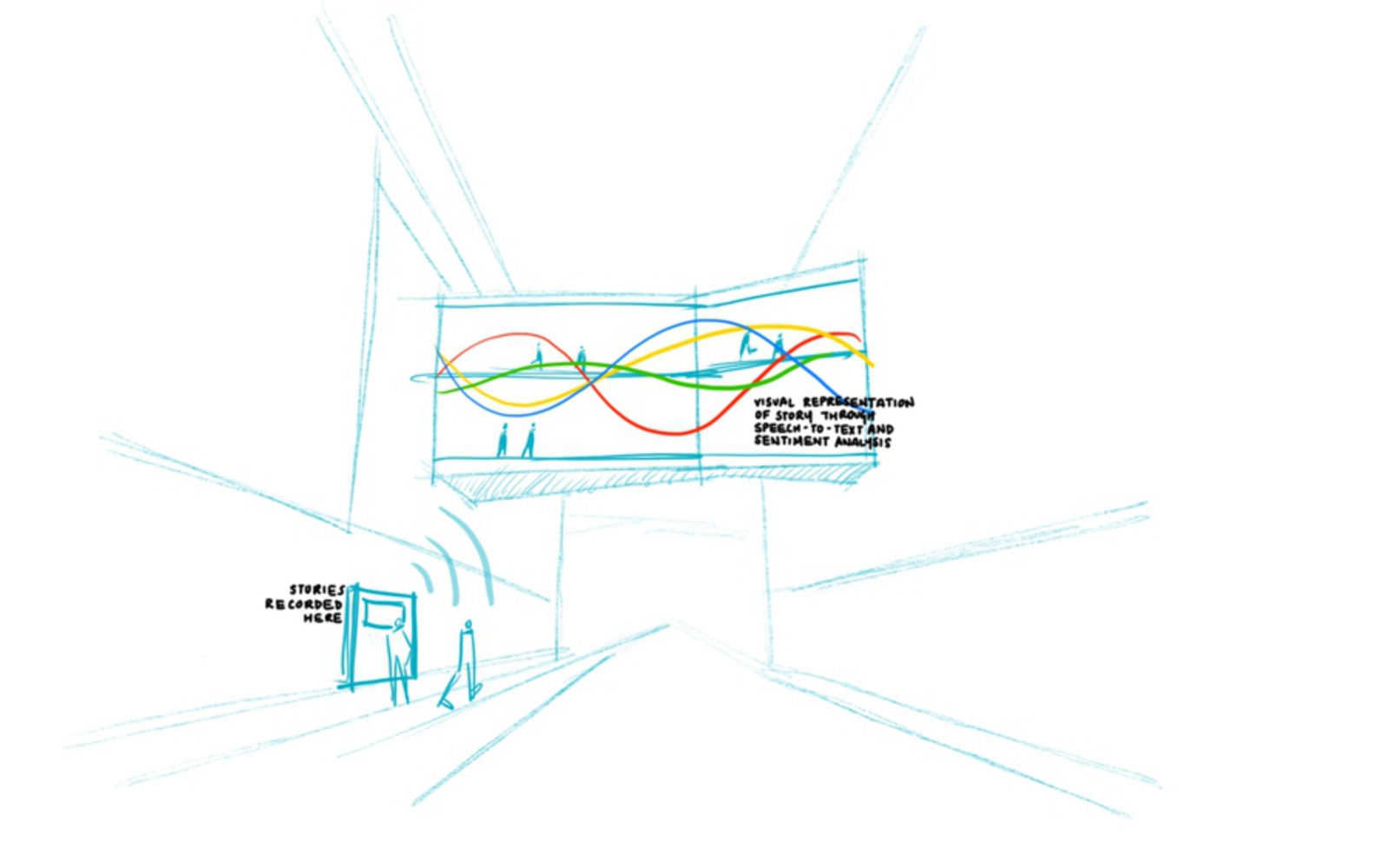 The concept is for this bridge installation to serve as a visual conversational mediator between Google employees and the people of East Liberty. This installation would have an input station where people would answer prompts and tell their stories, and these stories would be visually represented on the bridge itself through an LED matrix.

The goal of this installation is to give a voice to the neighborhood, and an opportunity for those working in large corporations to hear these stories and be mindful of the environment  they have entered.

There would be a voice station outside of the bridge allowing locals of East Liberty to speak about their experiences. While speaking into the microphone, the bridge would have a live visual response to the voice, kind of like Apple's Siri affordance.

When the story is captured, Google uses its Voice-to-Text API to generate the words, and its sentiment analysis to capture the general mood of the story. It then selects certain sections of the story to highlight to the employees inside the building.

The bridge is nice and colorful to walk through, and the voice visualization can create a very nice and calming environment. However, if people want to spend some extra time, they can sit down by one of the few seats and listen to the story that is being represented on the bridge.

This installation serves both the company and the public—and it hopefully serves as a reminder of the humanity on both sides of this relationship. 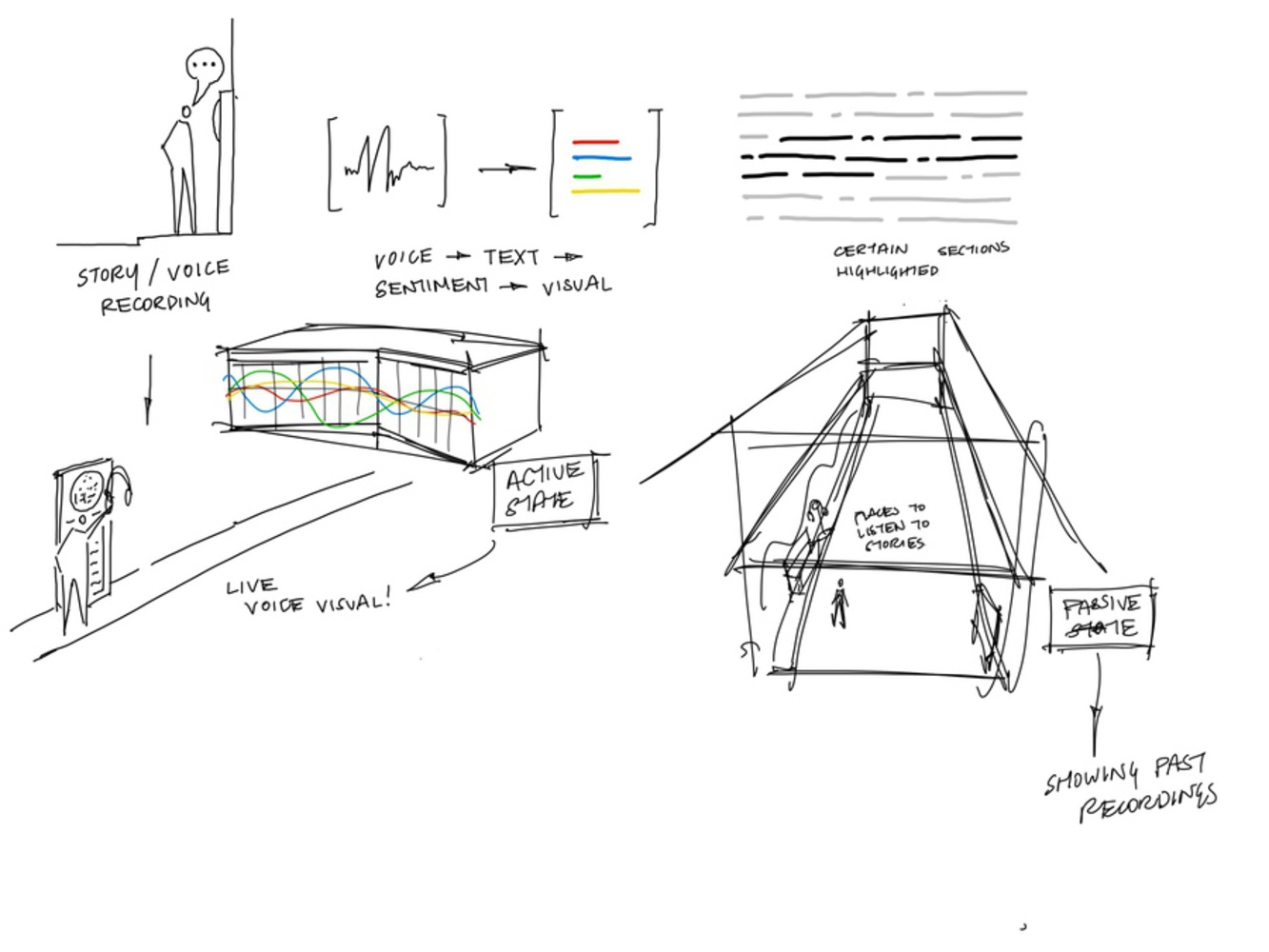 This project uses Google technologies such as the Text-to-Voice API as well as their sentiment analysis. It also has room to add certain features surrounding their natural language processing technologies in the future!

For those passing through, this installation is just a colorful display that creates a pleasant ambiance. The visual elements are all just large curves with varying amplitudes and frequencies, and they are represented through Google colors.

Since the listening areas are sparse and along the edges, people just walking by should have no problems getting to and from locations through this bridge. It was designed not to be obstructive.

For those employees that want to spend more time on the bridge, they have the option of stopping to listen to the voices and stories of the people they are directly building for—the residents of East Liberty. They can do this while looking outside the window, towards the city itself.

Lastly, since the installation is a conversational piece, it has to be experienced from both inside and outside for it to work properly. Hopefully, it can serve as a mediator for enhanced understanding on both ends. 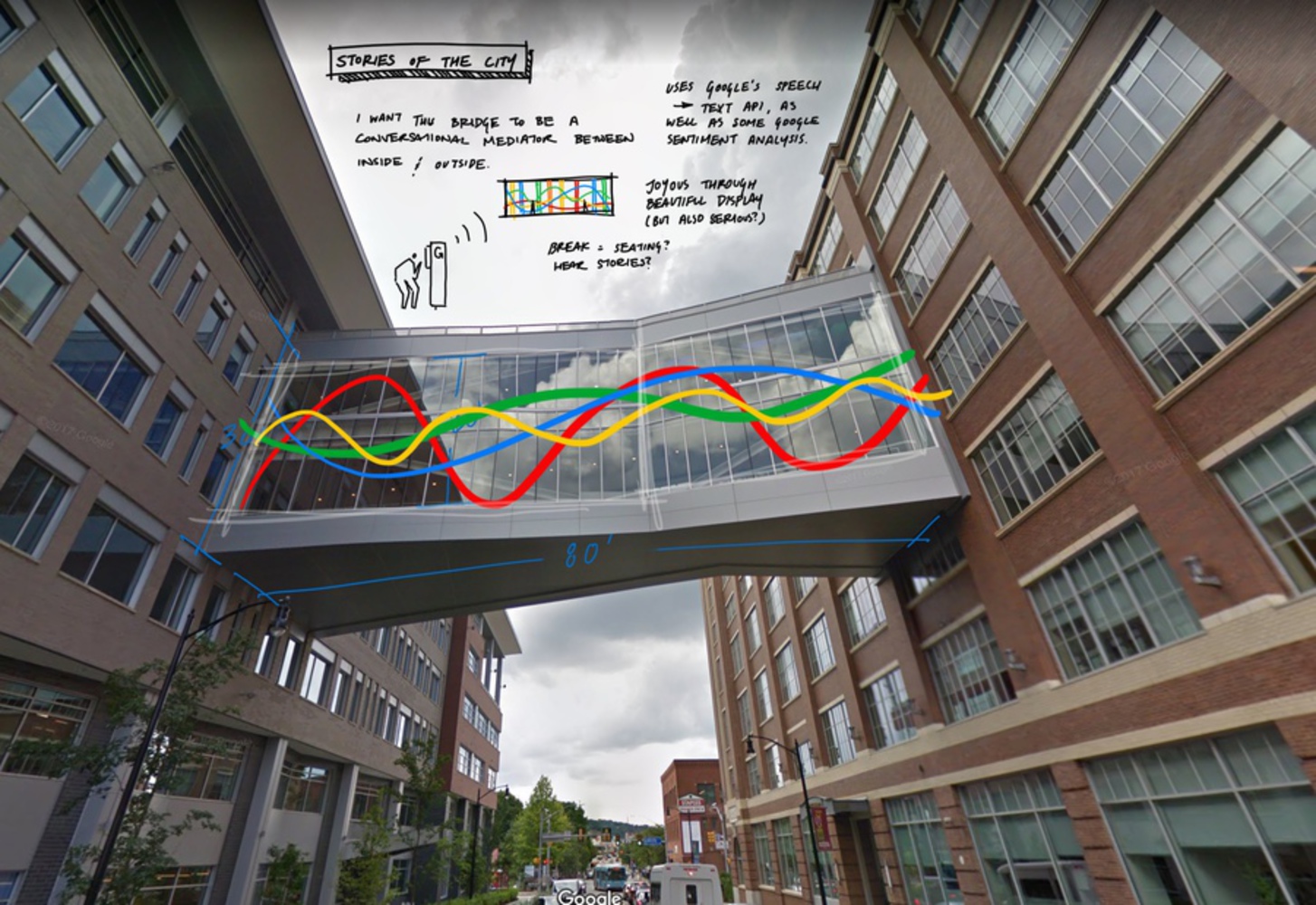 This project is an installation that seeks to serves as a conversational mediator between people inside and outside.