Thread Art on a Canvas

Made by Aditi Chalisgaonkar

This project explored making art using thread. I learned a lot through this project and would like to share some of those things here 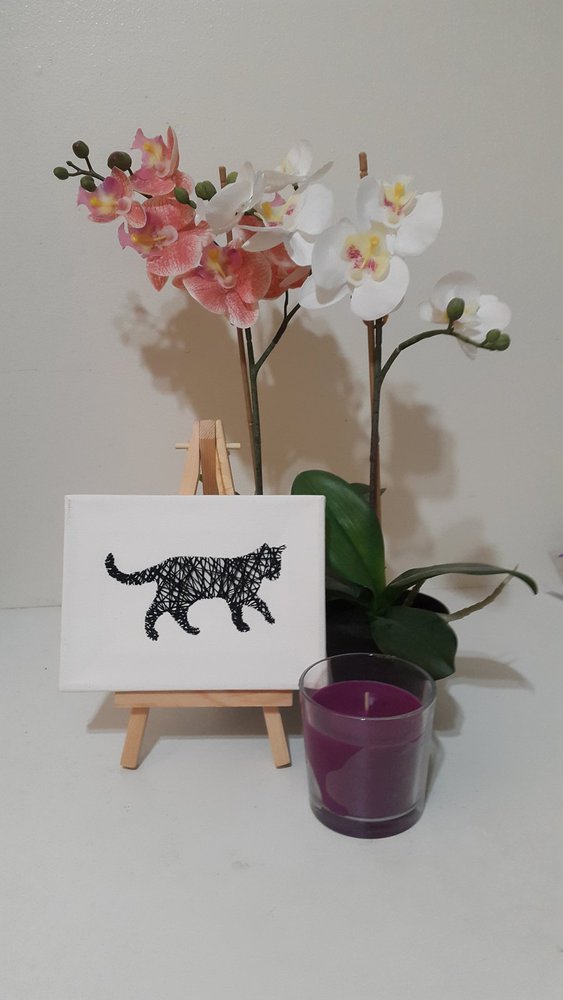 I have wanted to explore thread art for a while. It seems like you can make fascinating things, with just some thread

Most thread art I've seen involves hammering nails into wood, and threading the thread around the nails. With this in mind, I visited the local art store and found some nails and a piece of wood. I realized that wood should be carefully chosen - the harder the wood, the harder it would be to hammer in the nails, especially since the nails were quite long and I didn't want them protruding too far out from the surface. Balsa seemed like a good soft wood.

Thinking about the softness of different types of wood also made me consider using other materials, like Styrofoam, or foam core. I also found some simple tutorials which used foam core and to make things even simpler, used embroidery pins instead of nails (https://www.google.com/url?sa=t&rct=j&q=&esrc=s&source=web&cd=9&cad=rja&uact=8&ved=0ahUKEwi7z_7LrP7XAhUPY98KHW19D1IQFghqMAg&url=http%3A%2F%2Fstringartdiy.com%2Ftag%2Ffoam-core-board%2F&usg=AOvVaw1s2gVIcklSmRZWmuLa11WF)

However, I realized that I still wanted a nice finish to the project, and Styrofoam and foam core alone would not give me a finished look. I considered buying some nice handmade paper to place over the top of either of these materials. I then remembered that I had a canvas at home, and could use this and go with an embroidery method rather than a nail method.

Though I didn't end up using it, I think the hand made paper idea is very interesting as it lets me cheaply and quickly switch out backgrounds. I will try this for future projects.

So with my choice of background material decided, I needed to decide what pattern I was doing. I initially considered making a portrait of my mother but felt that this would get too complex for a first project. I will definitely try this soon. I picked an image of a cat because it has character, and I could explore both open spaces (body of the cat) as well as slightly more challenging ones (legs of the cat).

Since my canvas is a stretched one and I wouldn't be able to thread anything in the parts that the wood blocks, I sized my image accordingly.

I didn't have any carbon paper in the house so I improvised by rubbing a pencil on the back of the paper and using this to trace the image onto the canvas.

Now that I had the image on the canvas, I threaded some black thread and started the embroidery. I initially was using all 6 threads as I though this would help me fill up the space more quickly. However, I found that this made it difficult to pull the needle and thread through the canvas. This was exaggerated by how canvas is treated to be non-porous (this treatment closes up the holes in the fabric). I tried using just 2 threads, and there was a drastic improvement. It also didn't really affect how long it was taking me, so this was a very good trade off. I also learned that having even a bit of sweat on my hands my the needle slip, so I cracked open a window!

Another learning was not to make very long stitches on the back since the wouldn't be visible and would be a waste of thread. I did slip up a few times but managed to avoid it on the whole.

I proceeded to systematically go over the whole image of the cat, and I am quite satisfies by the result

The final product is a finished embroidery piece of a cat on canvas.

This allowed me to explore thread and canvas in different ways than normal. The kind of embroidery I have done before has been very controlled, and since this was more randomized, it was a fun experiment. Further, I usually paint on canvas and embroider on fabric, so this was a fun shake up.

Going forward, I will explore more challenging patterns, and I would love to make a portrait of my mother, as she is the one who first introduced me many years ago to Soft Fabrication

0
Traced image of cat on paper 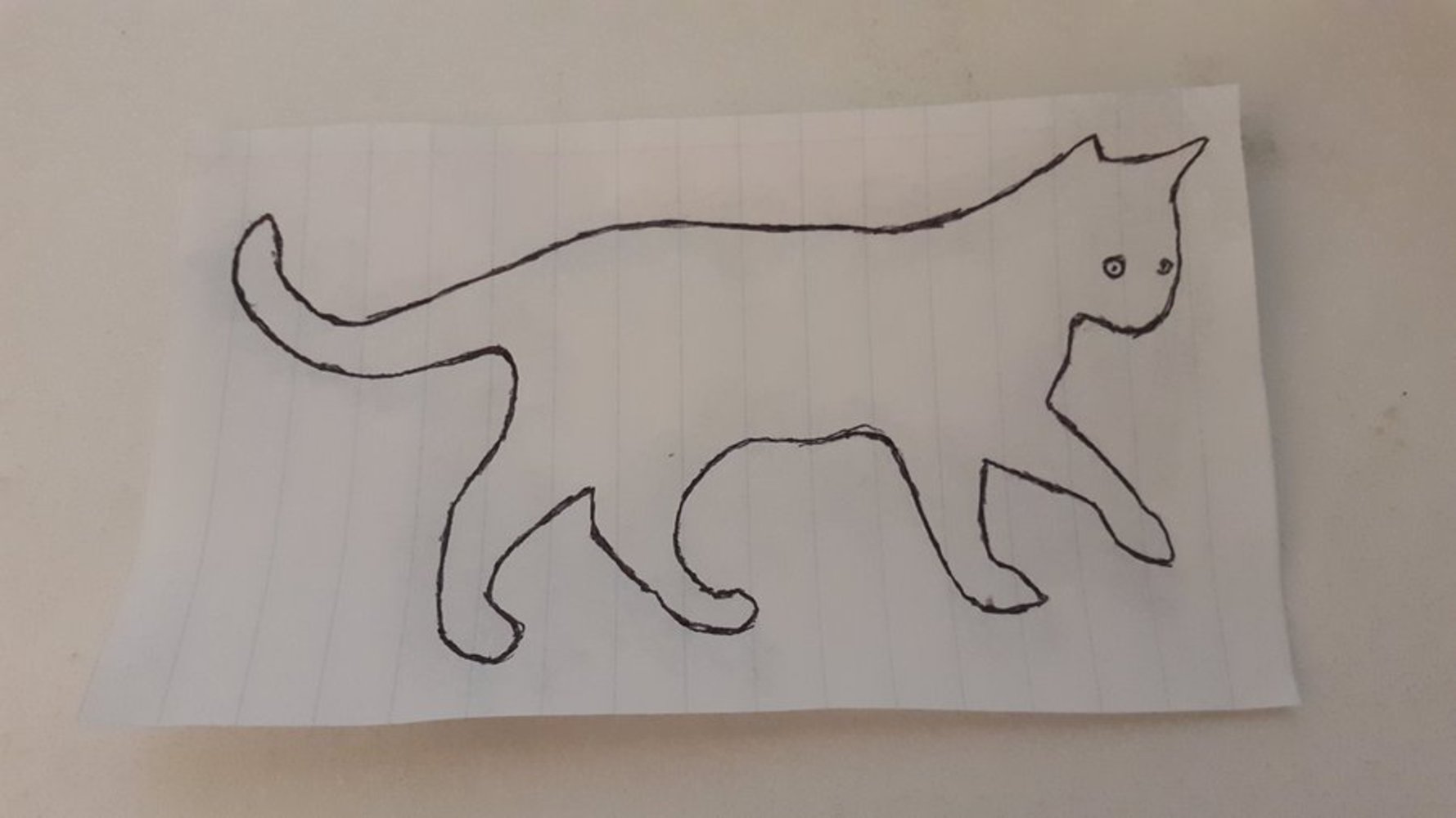 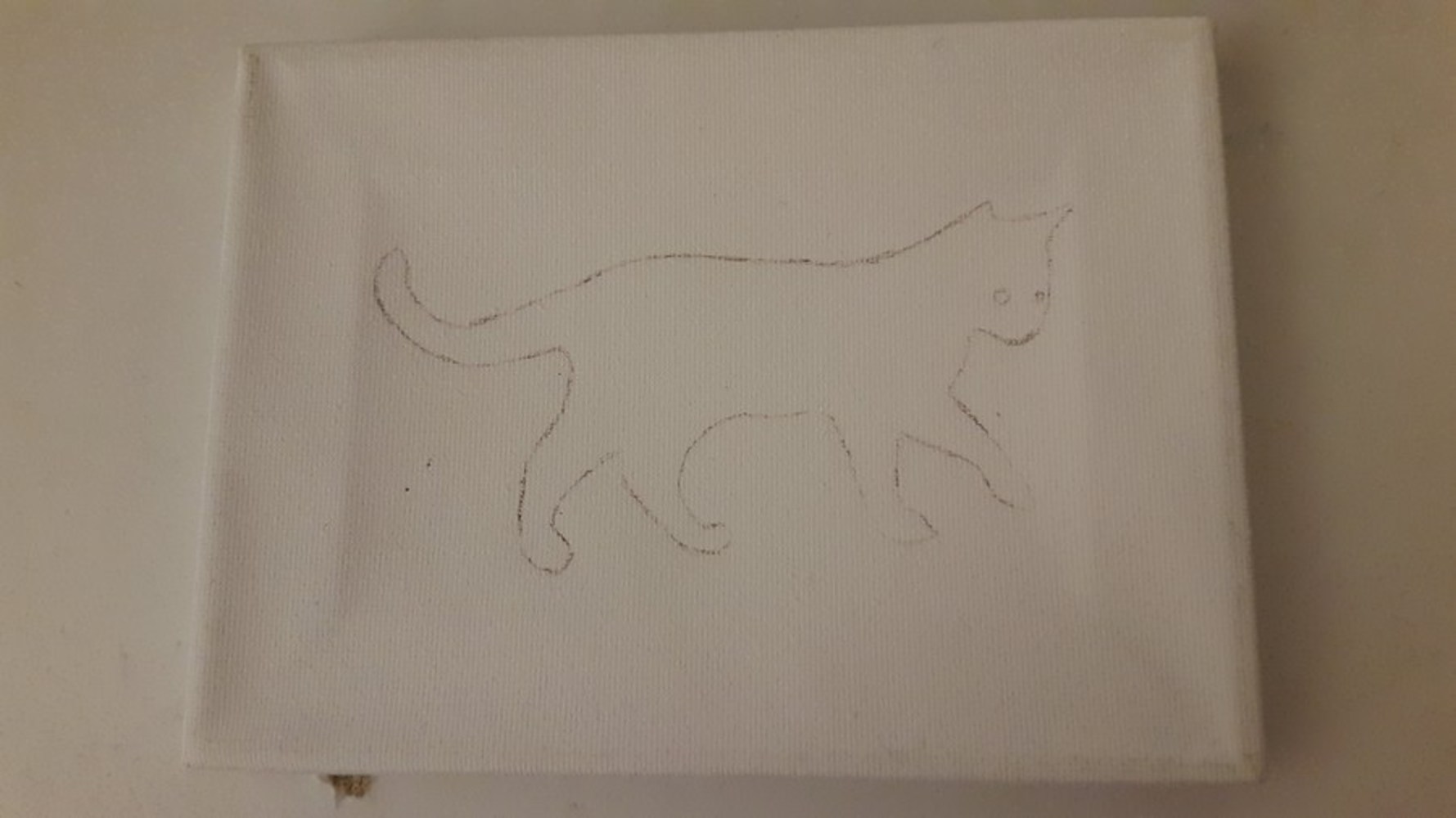 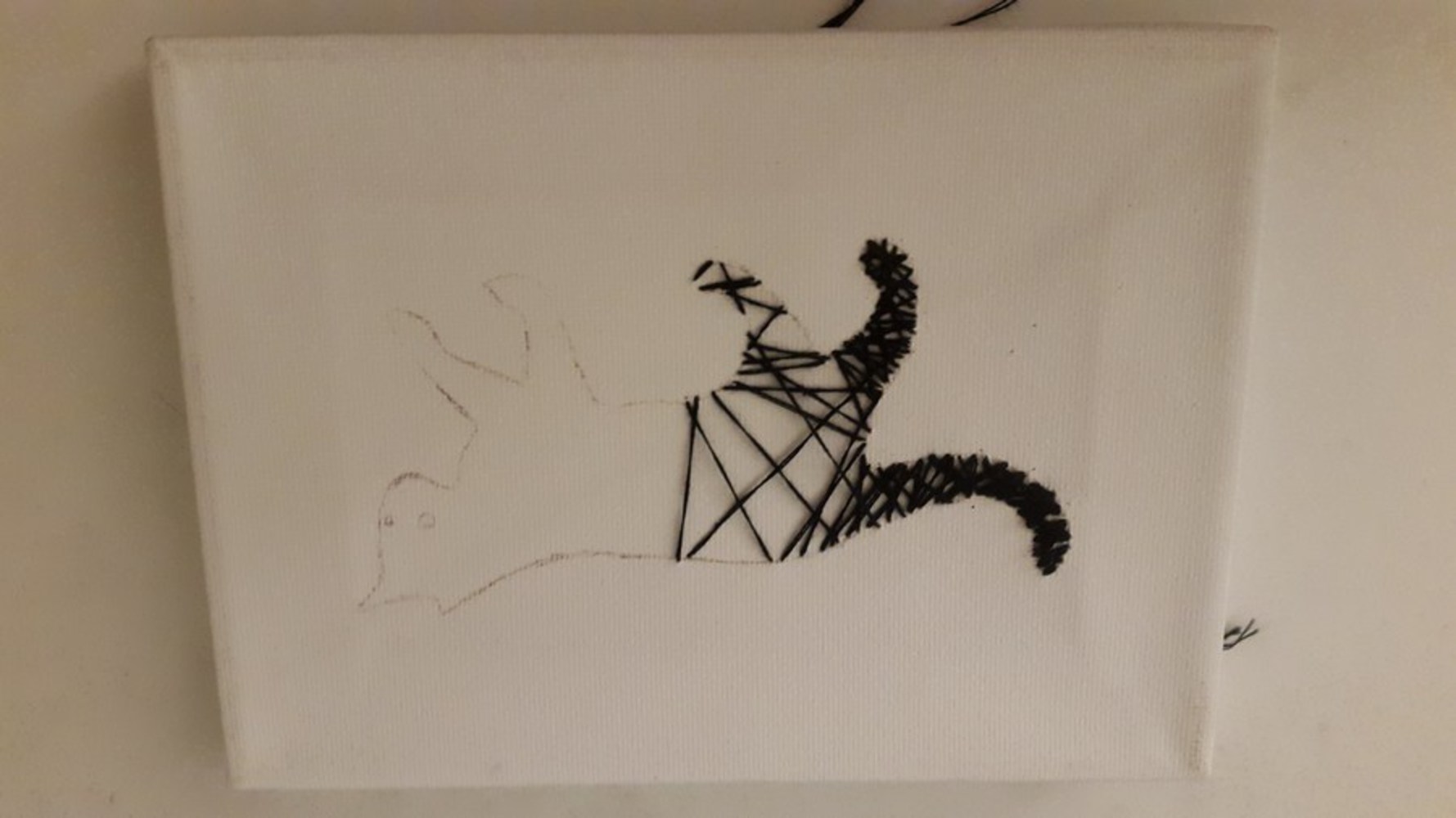 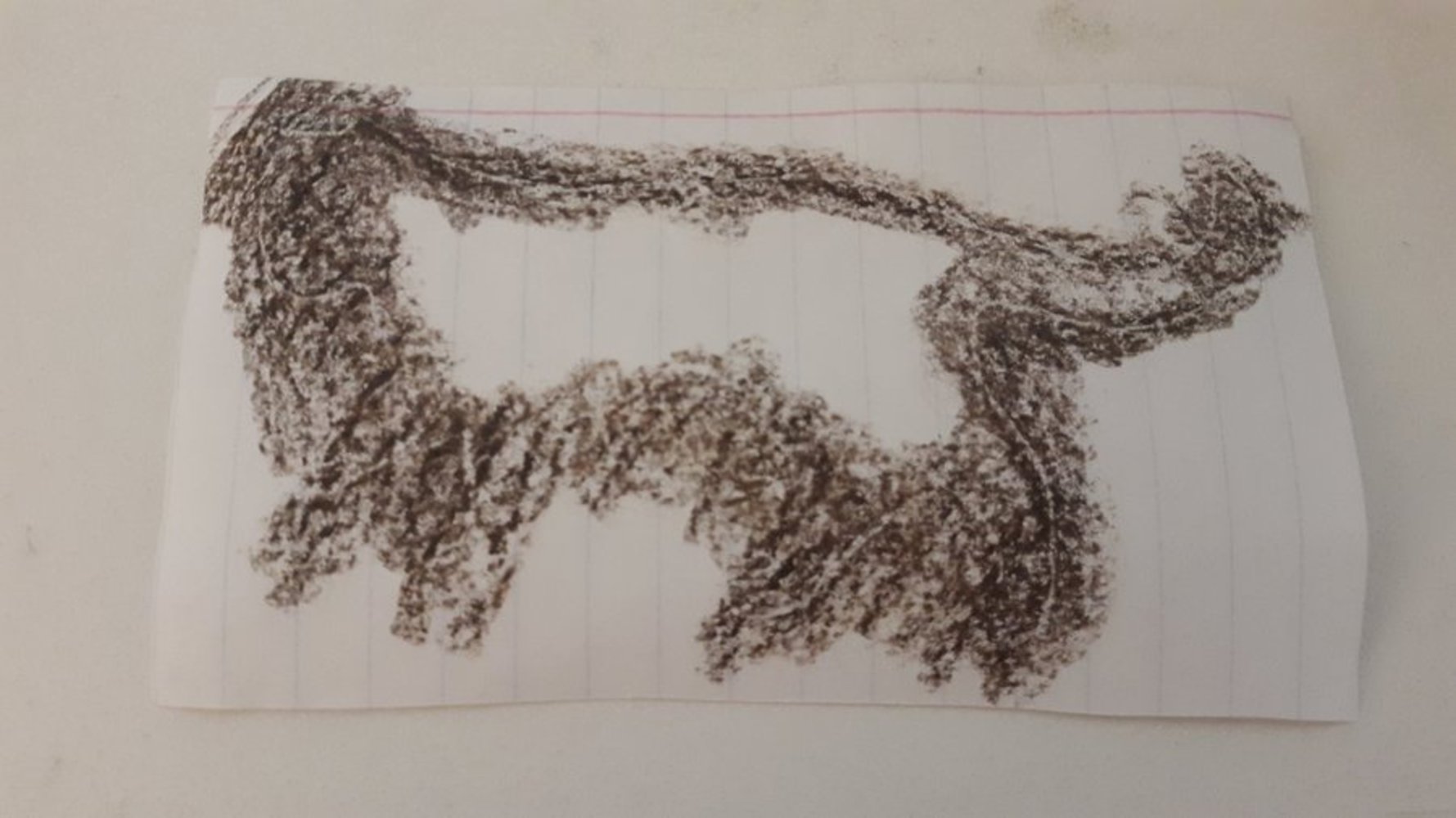 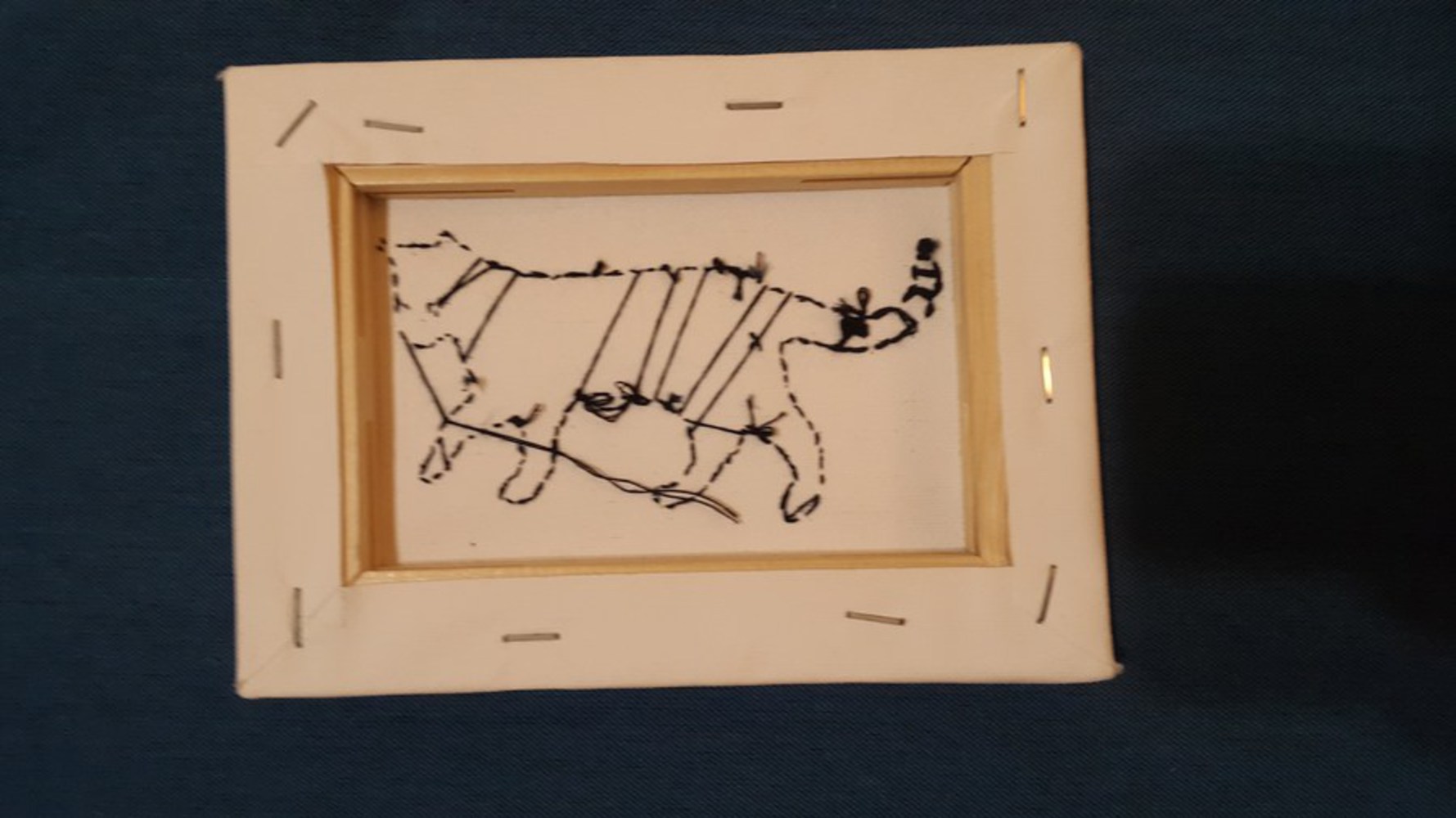 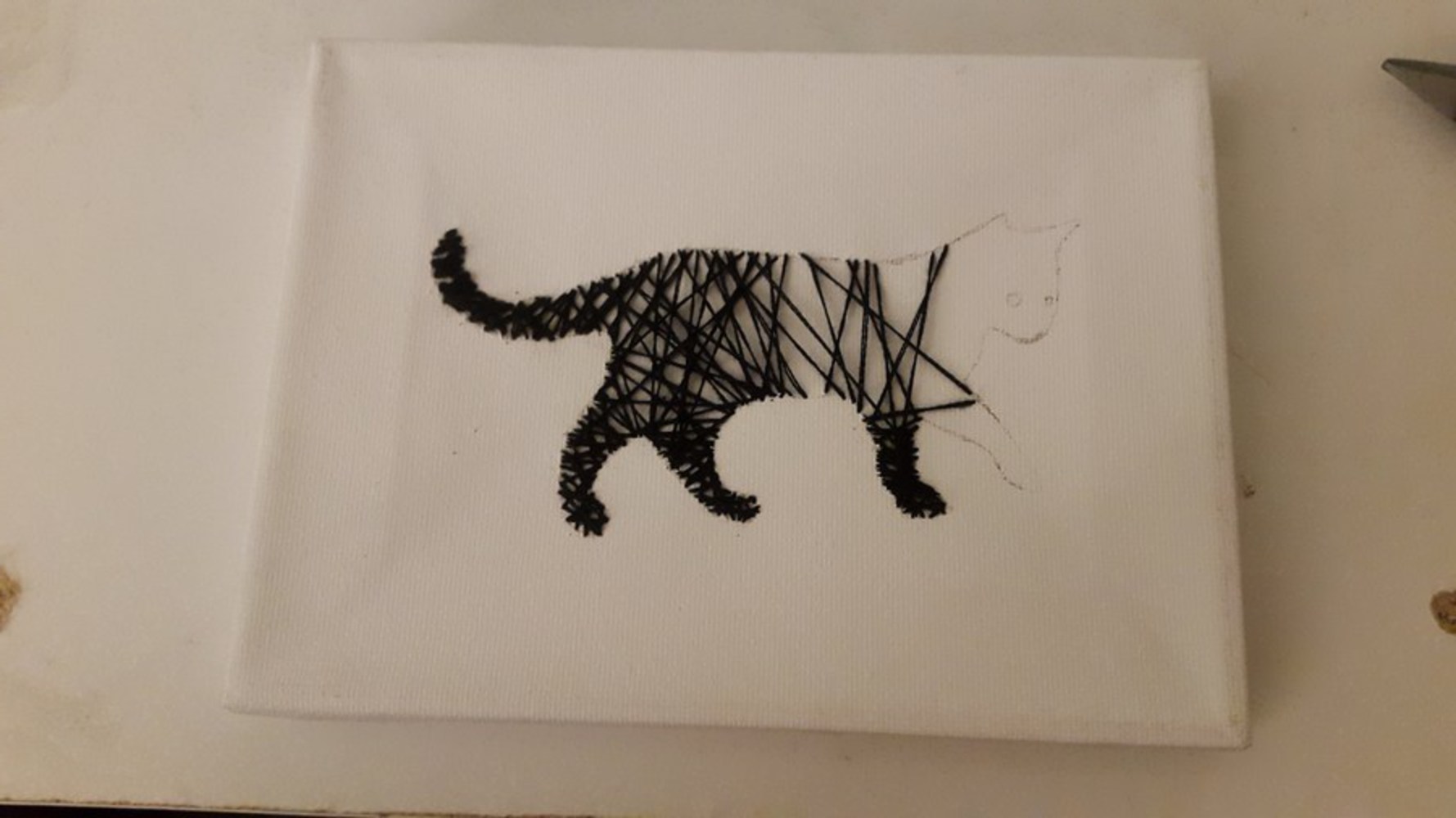 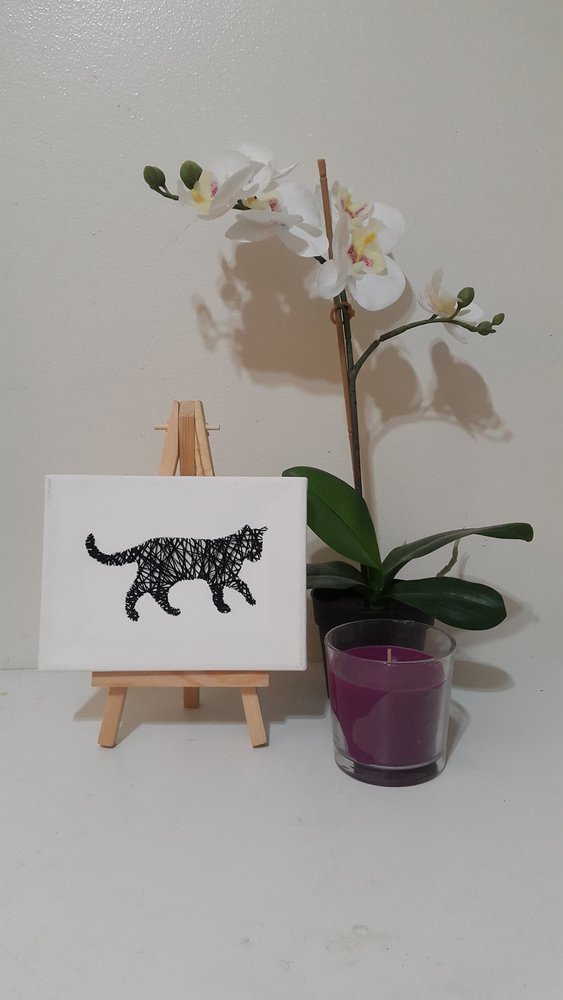 I learned a lot of cool and useful things in this class. For me, the most new and different set of things was learning about conductive materials and electronics in fabrics. I had known about the existence of these, but didn't realize how maker friendly this space was and how easy it is to do projects. I got to practice with some conductive thread, and learned to put on snap buttons.

I also learned the difference between knitting and crocheting, and learned how simple beginner crochet can be! 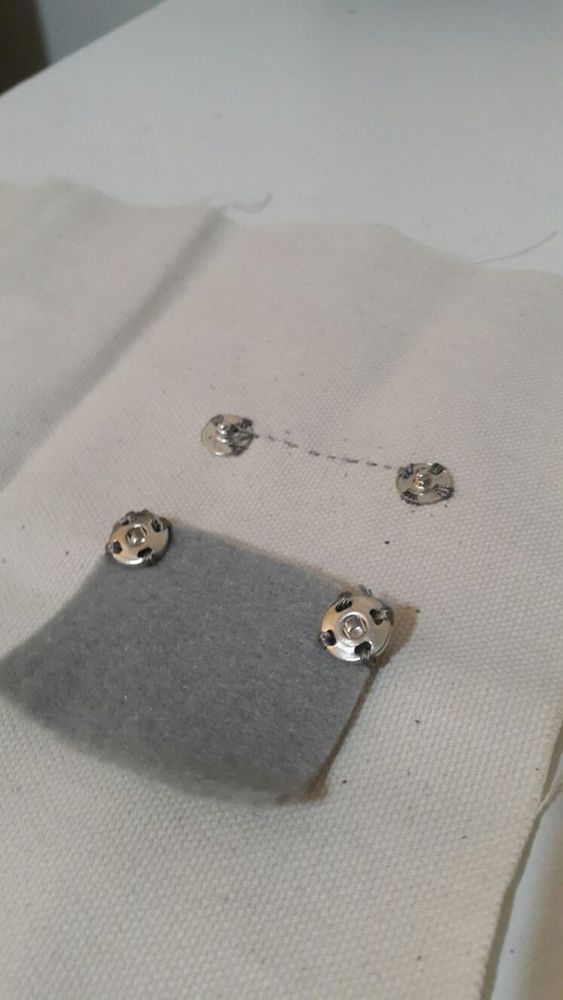 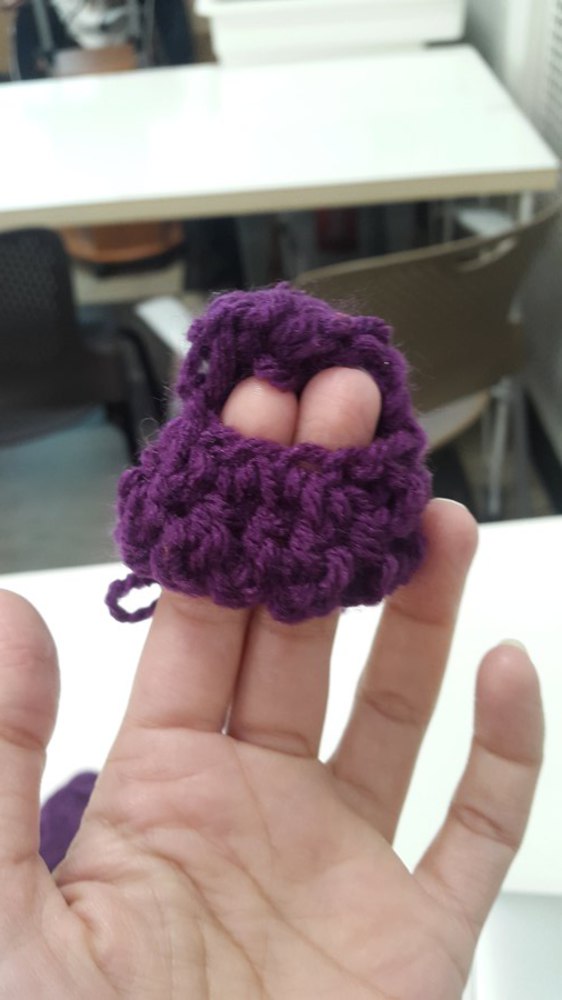