For this assignment, I decided to examine the profile pictures of my friends on Steam, Valve Corporation’s digital distribution platform that offers, among other things, social networking functions. Of my 40 Steam friends, I only know 15 of them in person; the rest are players I have met through online interactions in various videogames.

I began by compiling my friends’ profile pictures and grouping them into general categories. Unsurprisingly, only two friends had pictures that depicted themselves. One is a decently popular Twitch streamer; the other is perhaps the most outstanding profile of the bunch, belonging to a girl who seems to use Steam as a legitimate social network, posting all sorts of personal information and photographs. Everyone else had pictures that displayed subjects other than themselves. 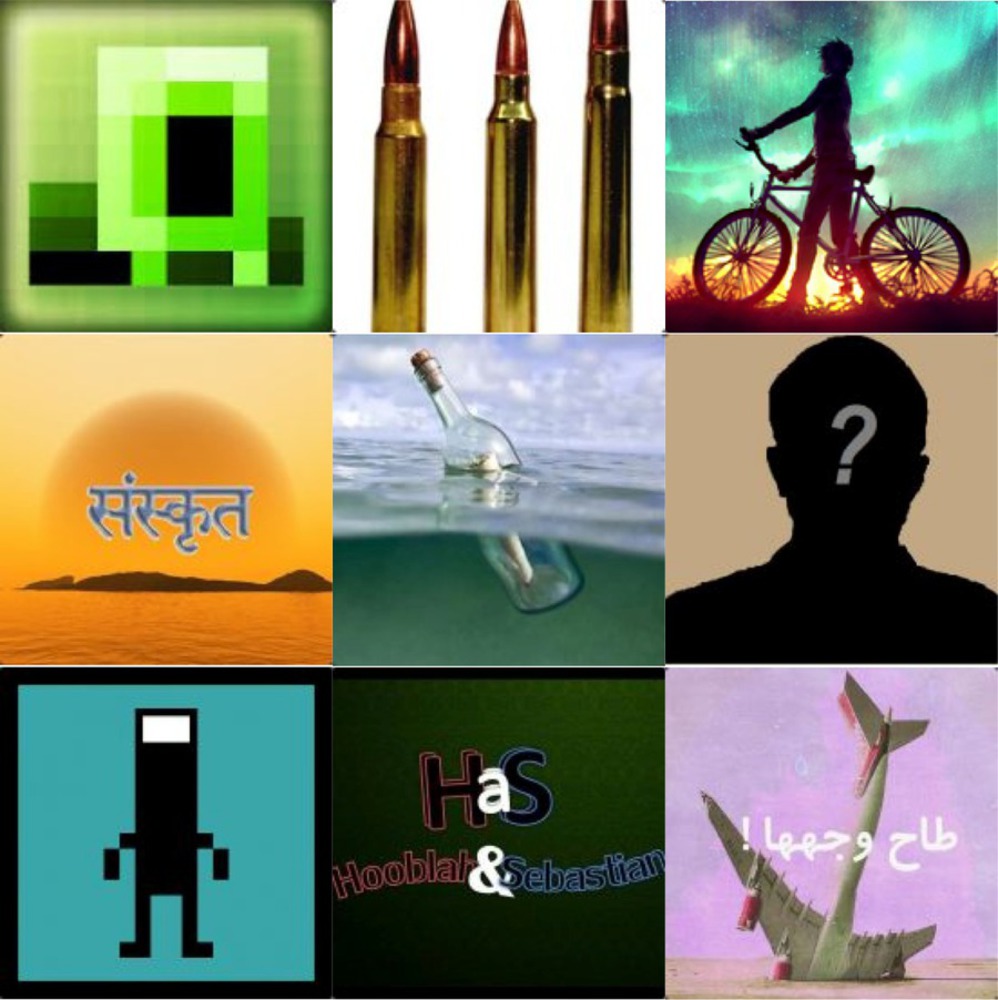 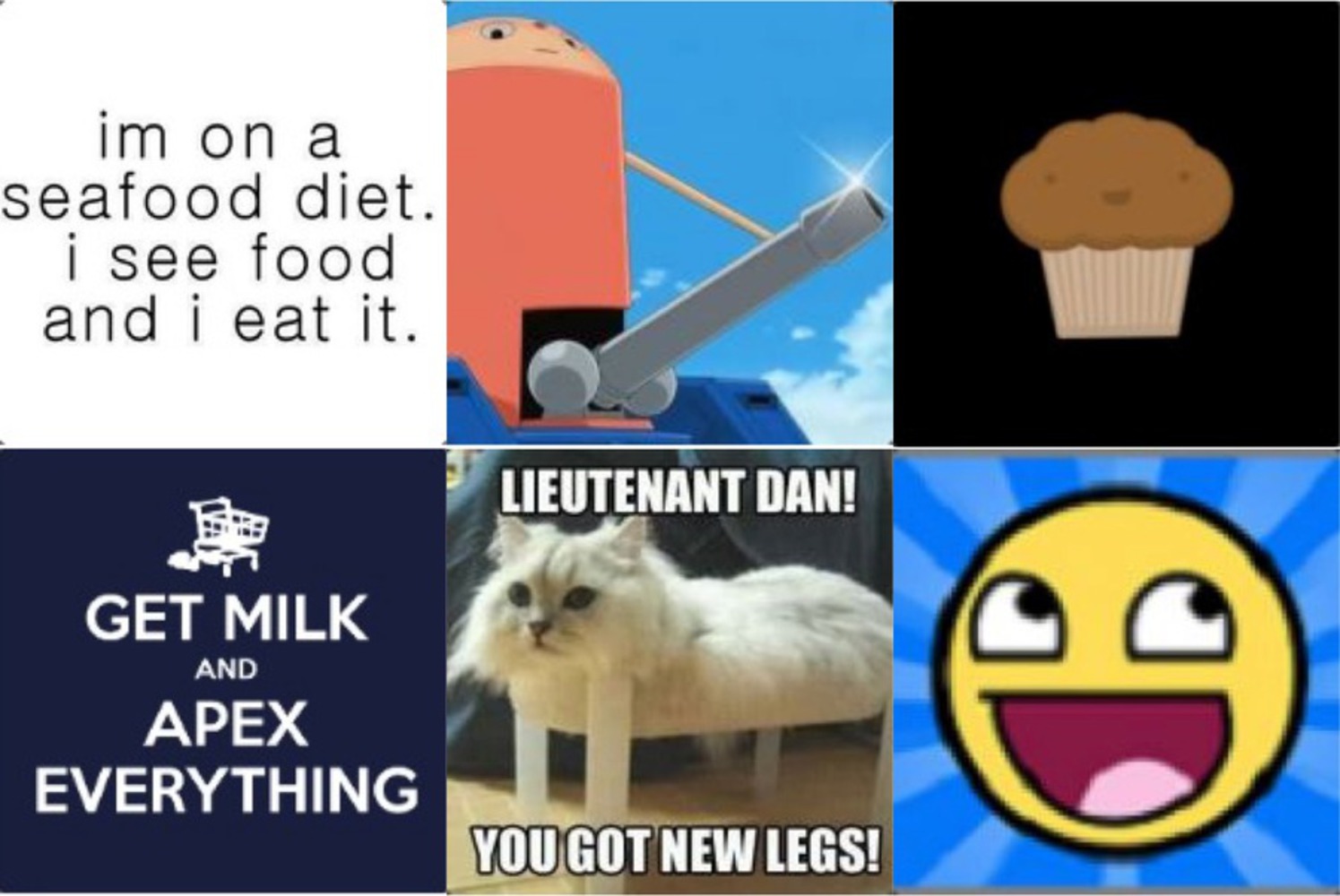 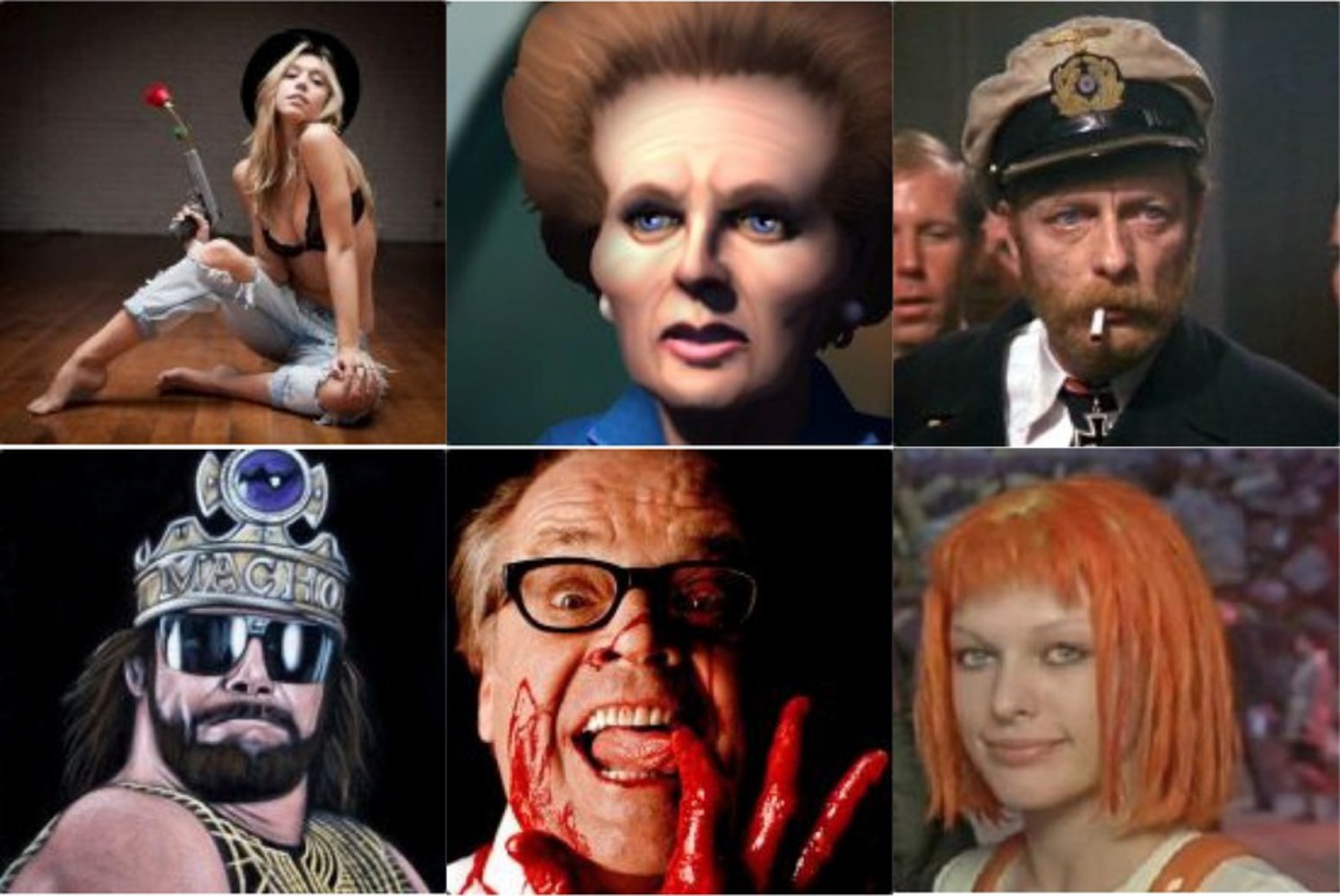 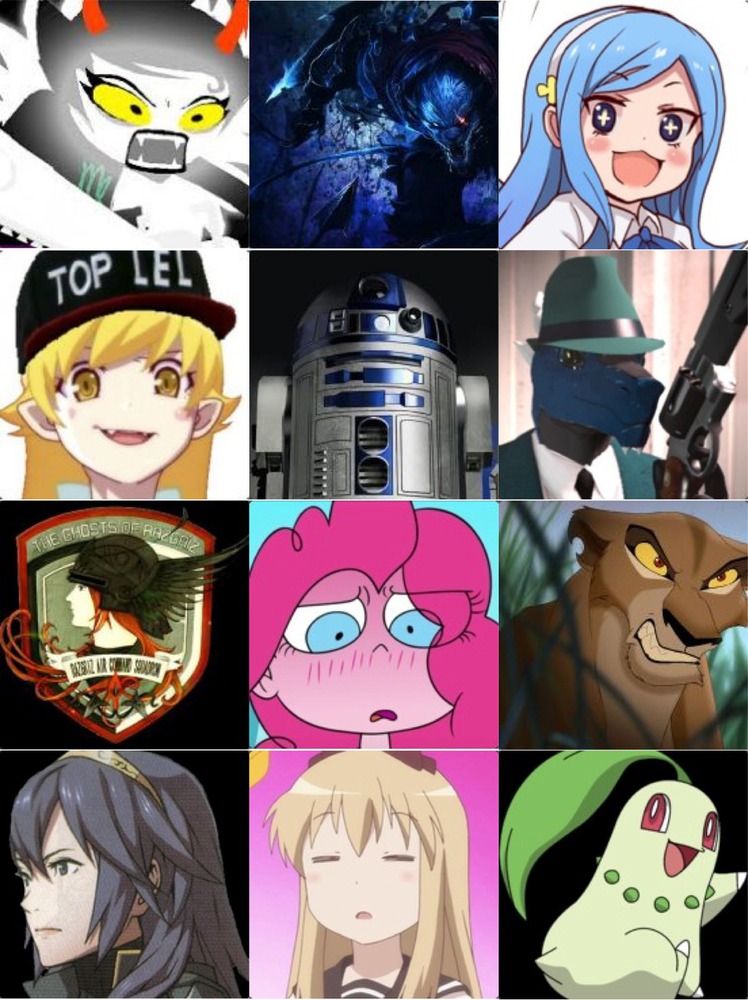 These images span a variety of topics, with most offering an idea of the owner's interests or sense of humor, in an attempt to personalize something that is primarily meant to be quickly and easily identifiable.

Hoping to find gain more insight into my friends' profile picture choices, I set out to examine more statistics and their relations to profile pictures, recording my data into an Excel spreadsheet. By visiting their profiles directly, I found information indicating each friend’s engagement with the Steam community or their gaming habits:

hours played in past 2 weeks 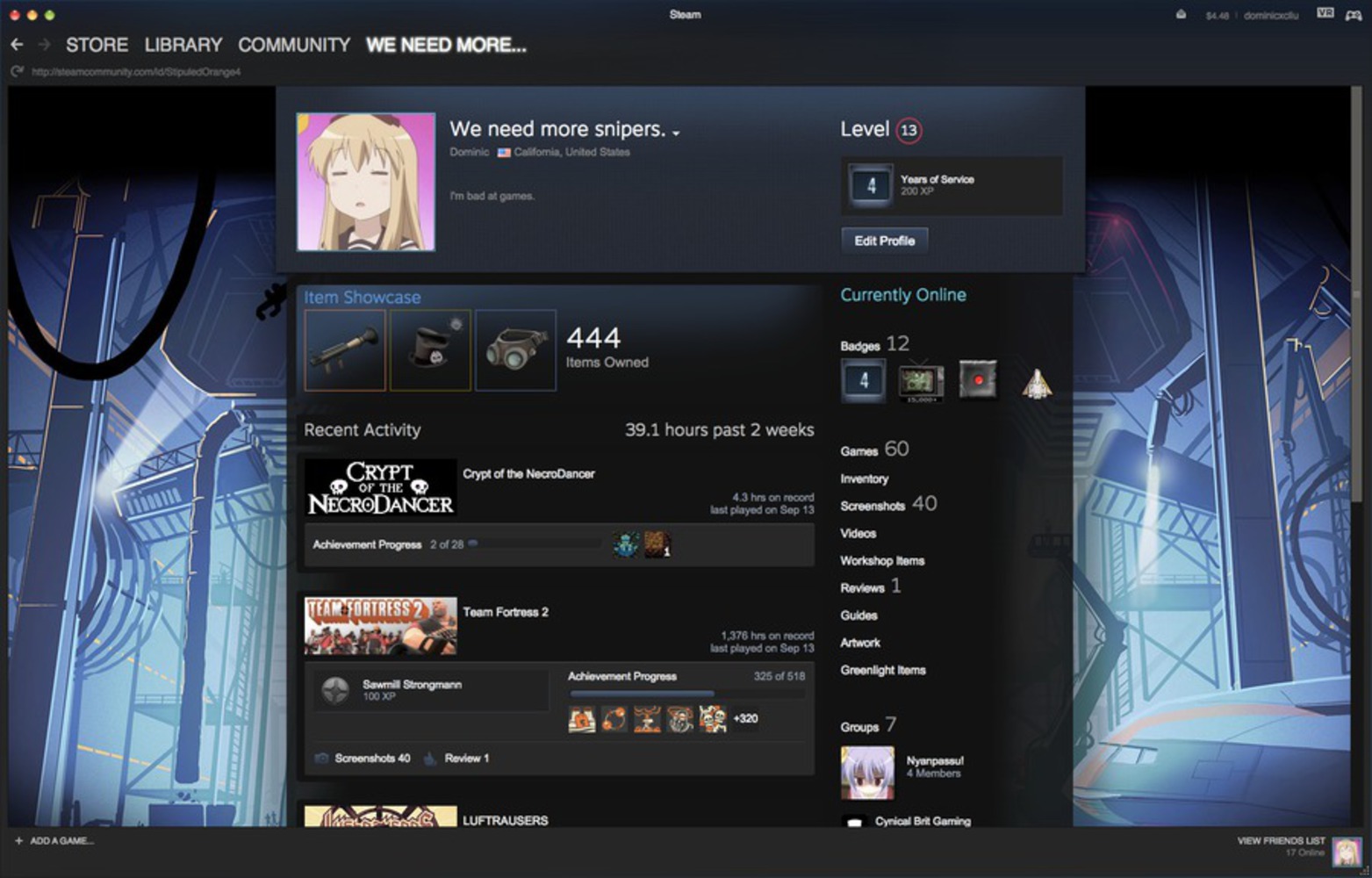 Next, I went to the Steam Calculator at steamdb.info/calculator/ to find some more in depth information, like total hours played and cumulative value of their steam games. 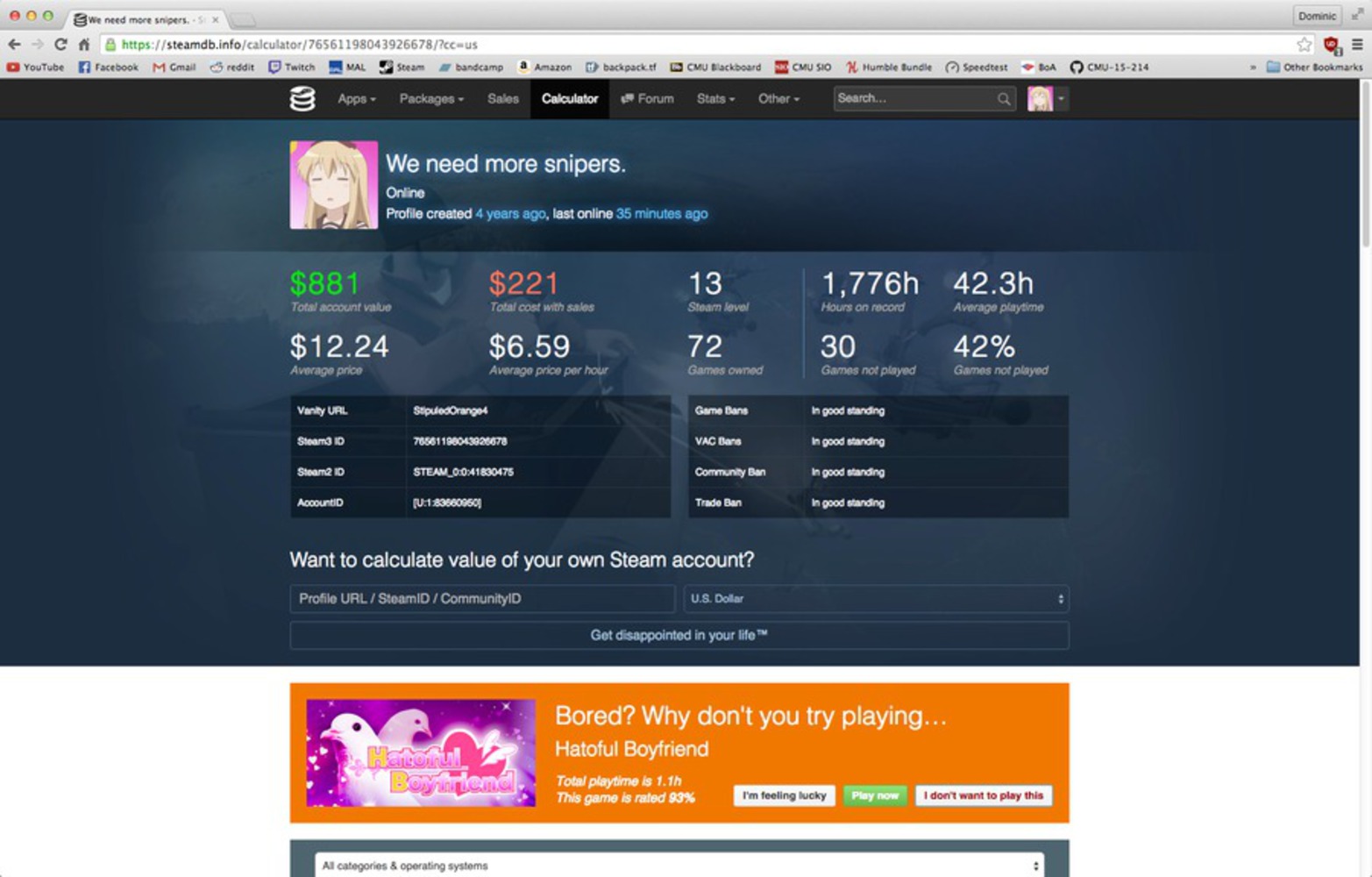 With this information in hand, I began sorting my friends’ profiles by each of these categories, hoping to observe some sort of pattern among the images, indicating some correlation between image choice and some statistic.

This led me to realize that maybe the lack of insightful relationship was itself the result of something far more significant. In an environment like Steam and multiplayer games, the vast majority of interactions are between two strangers, often conveying no information other than a profile picture and a username. Even the statistics I examined are not often seen, since no one tends to be so interested in another player's personal information. As a result of this anonymity, users can feel free to use nearly any image as their profile picture, without having to worry about what their picture conveys about their underlying character traits or dedication as a gamer. Instead, the superficiality of this level of human interaction marginalizes the connection between an avatar and the rest of the profile, the result being a profile picture that presents a basic unit of identifying information, such as an interest or a sense of humor. Contrast this with the relatively highly personal Facebook. Sure, some people still have anime characters or animals as their profile pictures. But the majority of Facebook users use images that present themselves with complex characteristics they want others to see, like mood through facial expressions or friendliness through companions. This is further supported by my actively involved Steam friend mentioned earlier. Since she and her friends use Steam in a more personal way, her profile pictures feel like they belong on Facebook.

Finally, still hoping for a coherent connection, I looked at the personal information each of my friends provided on their profiles. Again, these varied drastically, with one friend providing his full name, city, state, and country, and others providing nothing at all. Regardless, over half of my friends (25) still decided to provide at least one piece of personal information, usually a name or a country. This information may serve a practical purpose, allowing their personal friends to more easily identify them in the community. Or perhaps this represents a desire to, despite the anonymity displayed in the profile pictures, hold on to some concretely identifying information, beyond the vague personality a profile picture can provide.

I liked your idea of looking at Steam as a sort of social network, as well as the quantities you looked at. Your analysis and conclusion were excellent, very meaty. However, I'd have loved if you had condensed the information into some sort of graphic, as its hard to look at an excel file and realize whats actually going on.