Made by Rachel Gu

Determine if the ratio of male:female and picture preferences of my friends have changed over time.

I first gathered 50 images from my Facebook friends list. I took some of pictures from people I met during high school, during the summer before college, and then during college. I took pictures only from people I knew pretty well and had some decent contact with when I knew them. 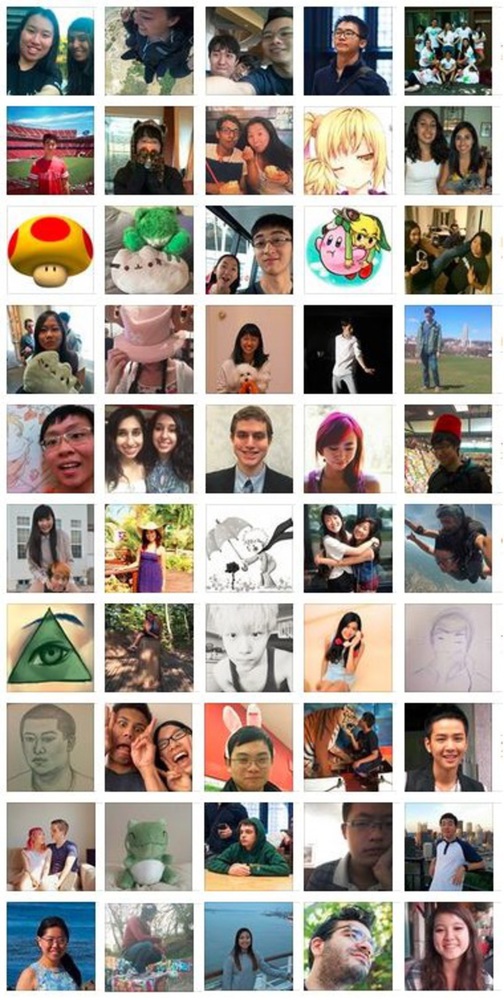 There were 9 I knew from high school, 33 from college, and 8 from summer. 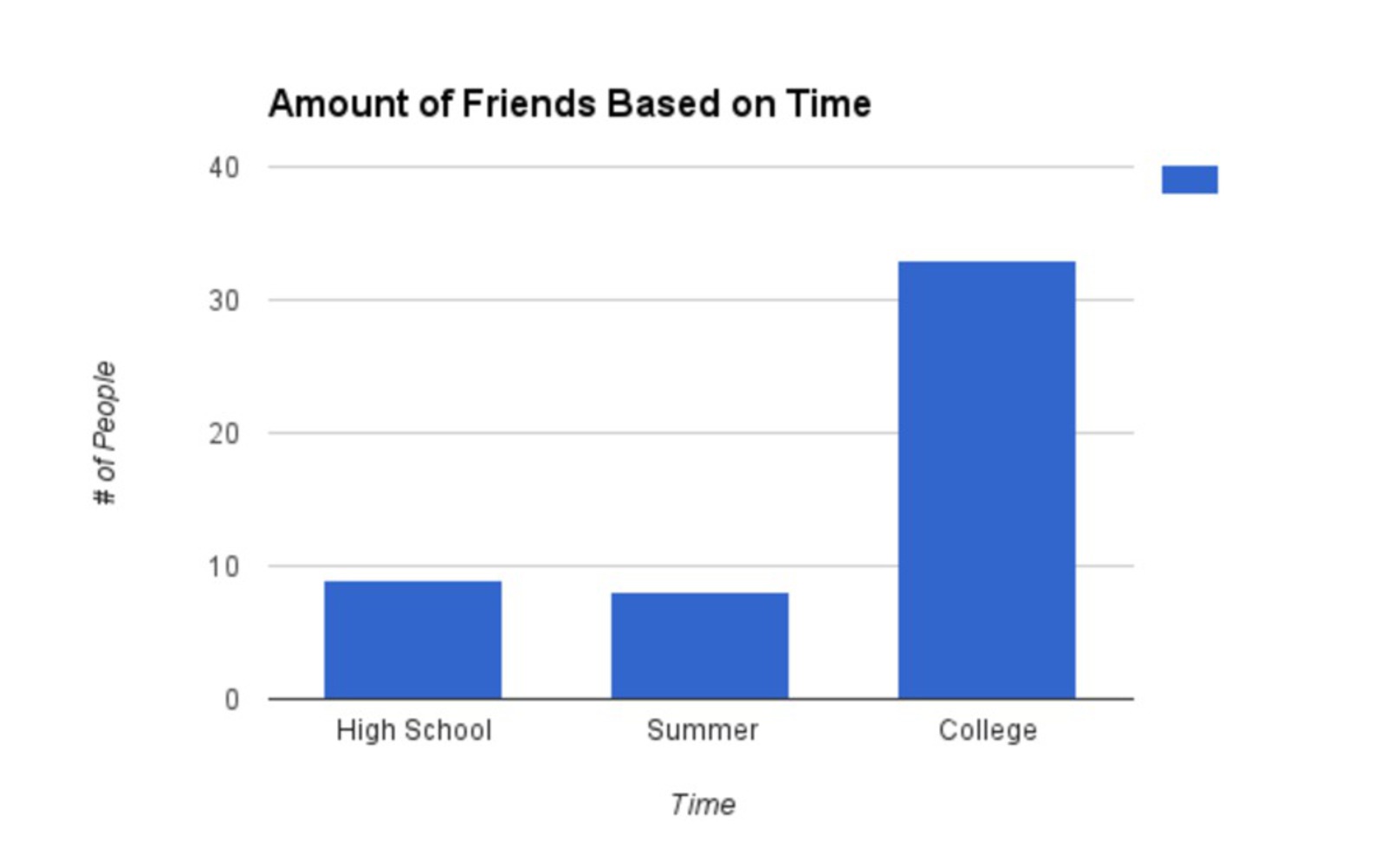 The next thing I analyzed was the ratio of males to females during each section of time. This is important to see how the ratio may skew the data and/or reflect the lack of data for certain categories. 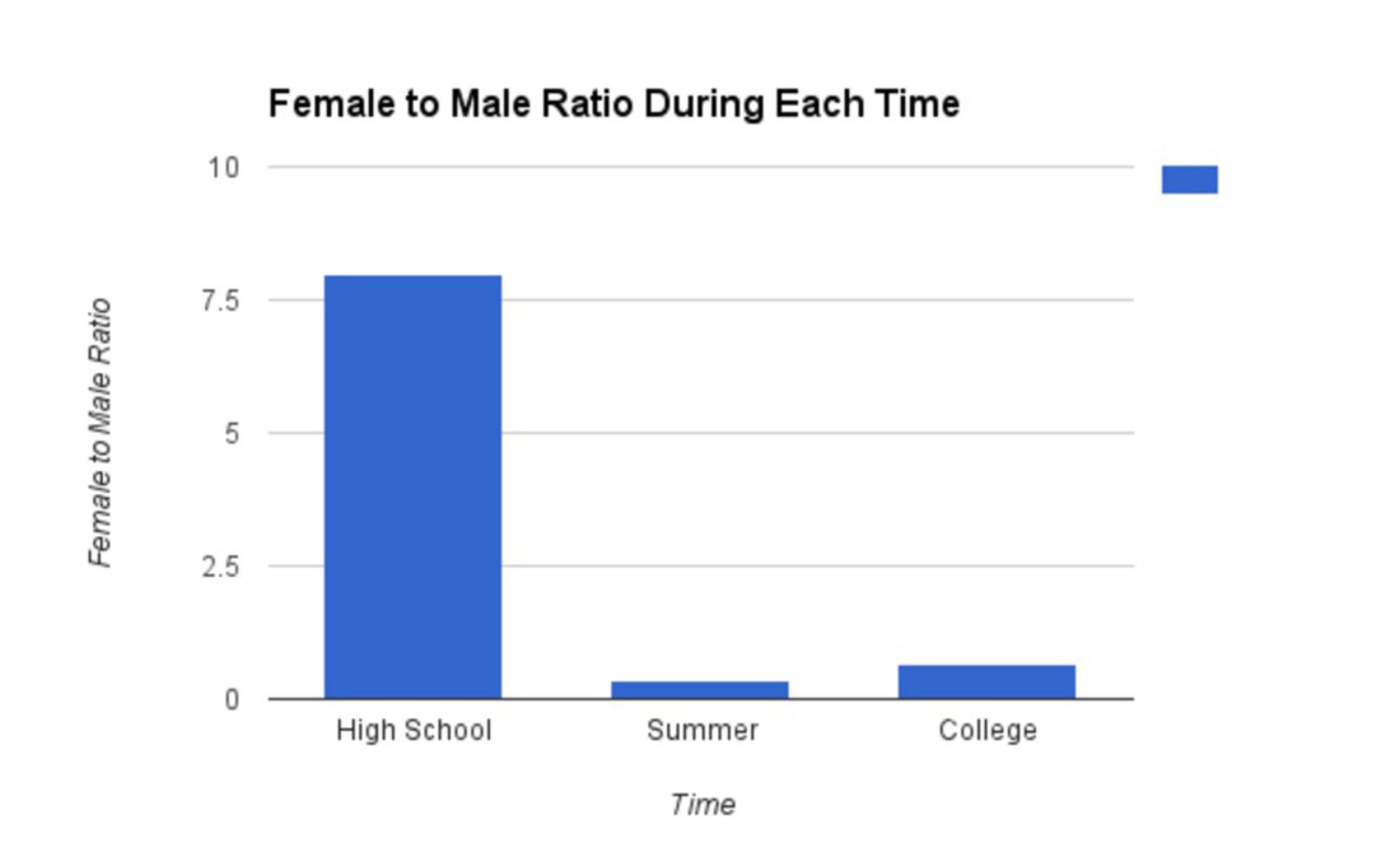 I then looked at the data and divided their pictures into self (+ other minor objects), self + (other people), and other objects (no self). I expected to have more self pictures for the college data for both males and females because during college it was more important to be able to recognize people based on their profile picture. Between males and females, I expected males to have more self pictures and females to have more other object pictures, because the female friends' I have are more self-conscious about their appearance than males friends, or at least are more vocal about it.

The high school data for females is as follows: 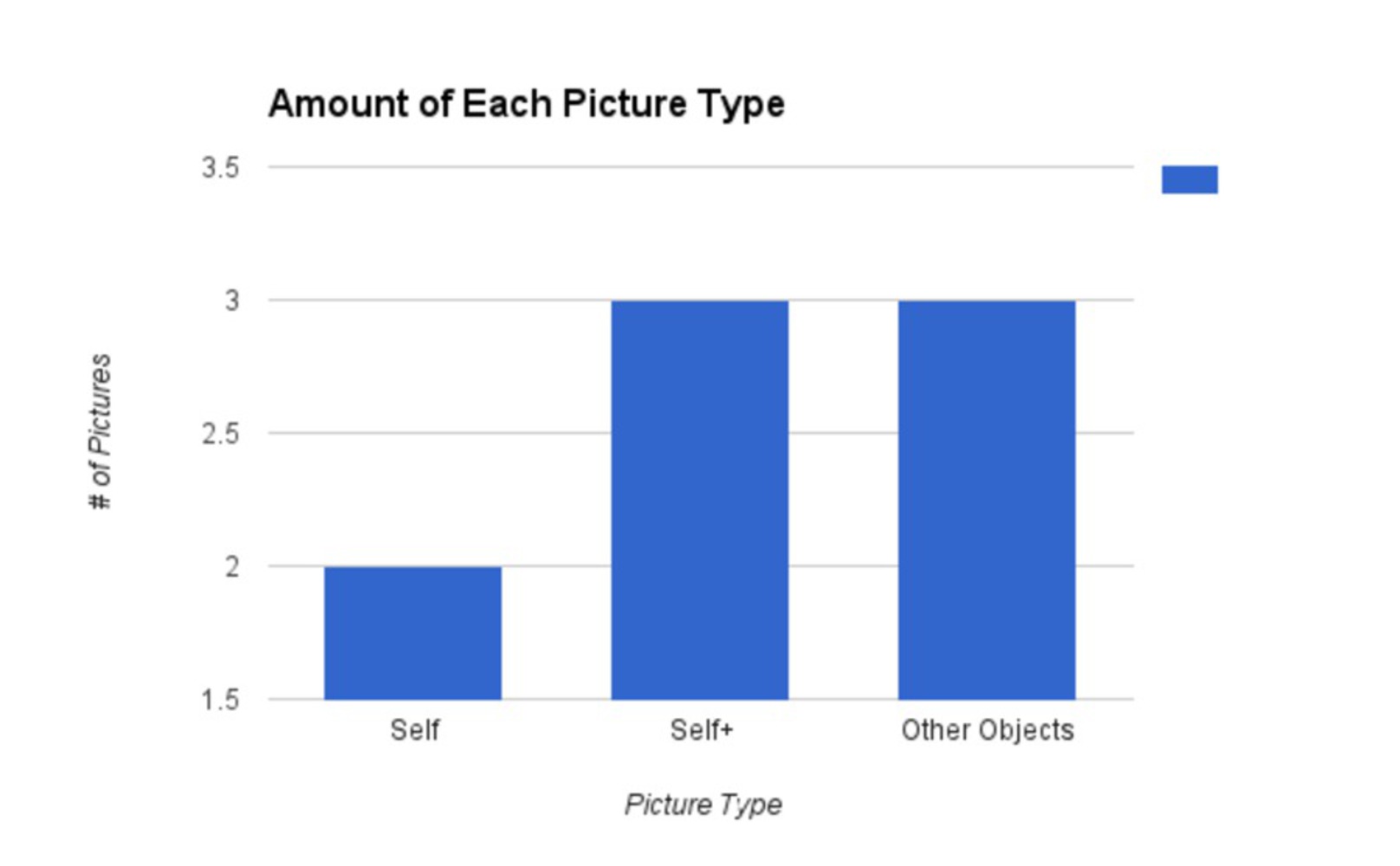 The only male had a picture of himself with someone else.

This corresponds to their personalities. Many of the girls I knew in high school were either self-conscious about their appearance and preferred to have other drawings/objects because those were cuter, or didn't like to take pictures by themselves. Of the two people who had pictures of themselves, not really selfies, one was fairly confident in her appearance and the other one didn't care.

In high school, I also had a picture of a drawing as my profile picture. 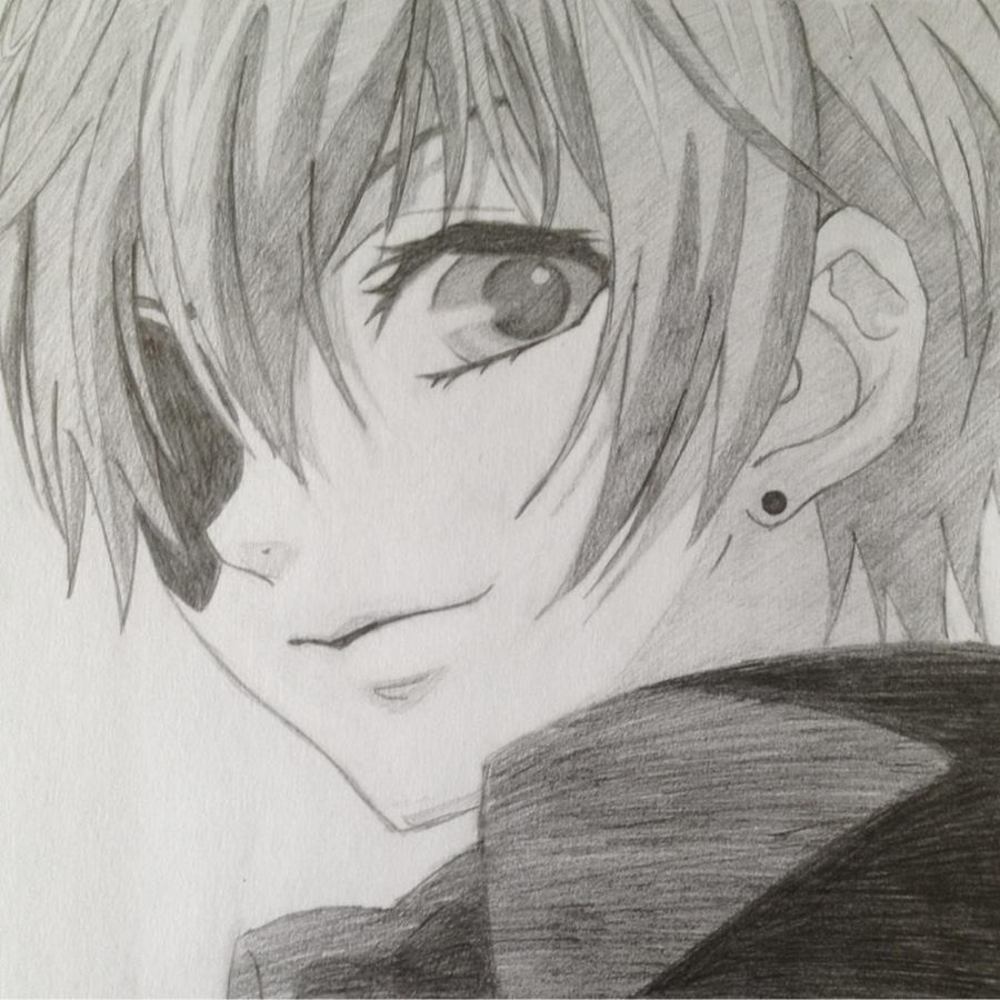 For the summer before college, I divided the pictures the same way as above. In this case, however, all 6 males had pictures of just themselves. One girl had a picture of herself and the other girl had a picture with someone else. This does follow the trend because they did not care as much about their appearance, or were more confident about it.

I then analyzed the college pictures. For females: 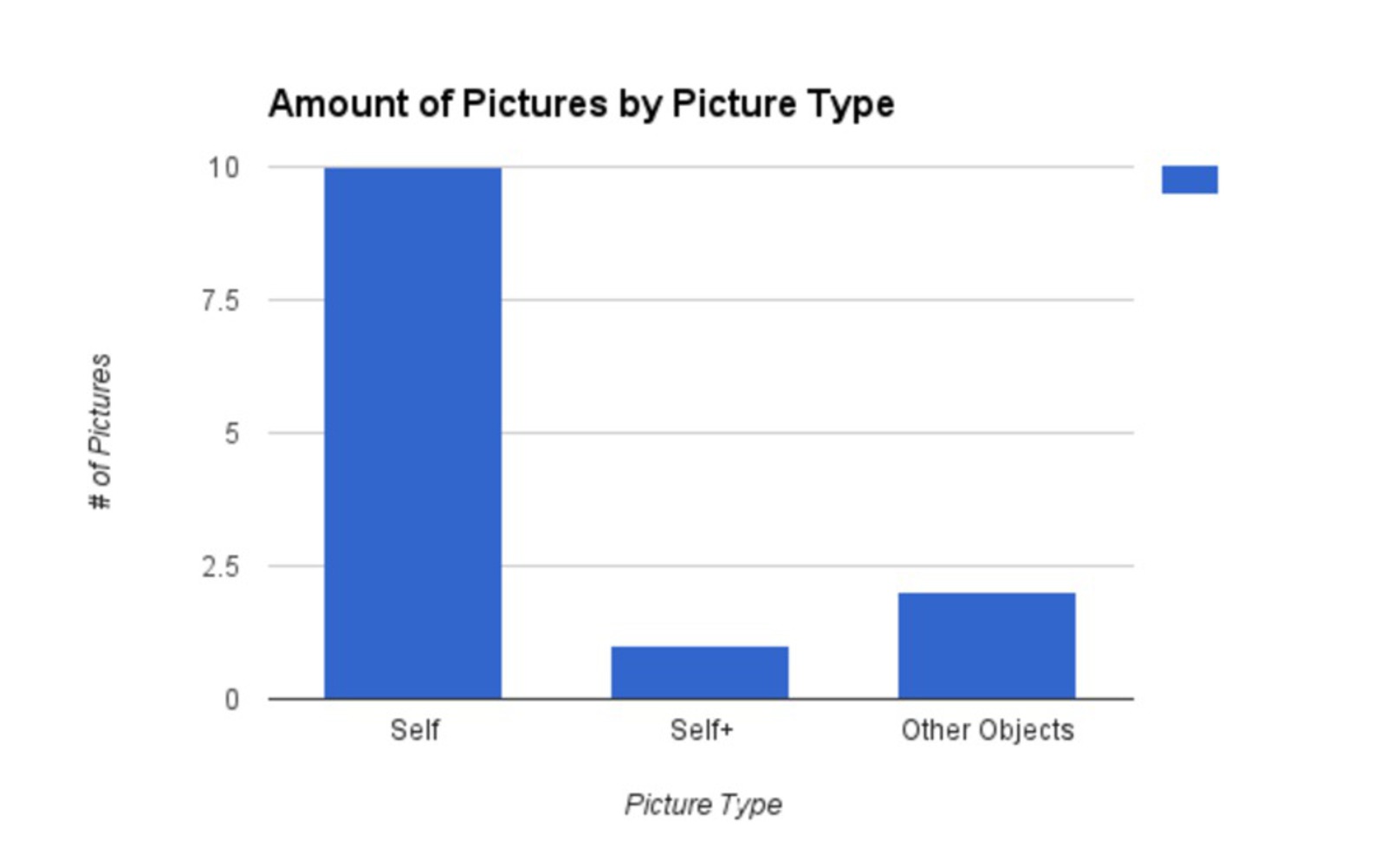 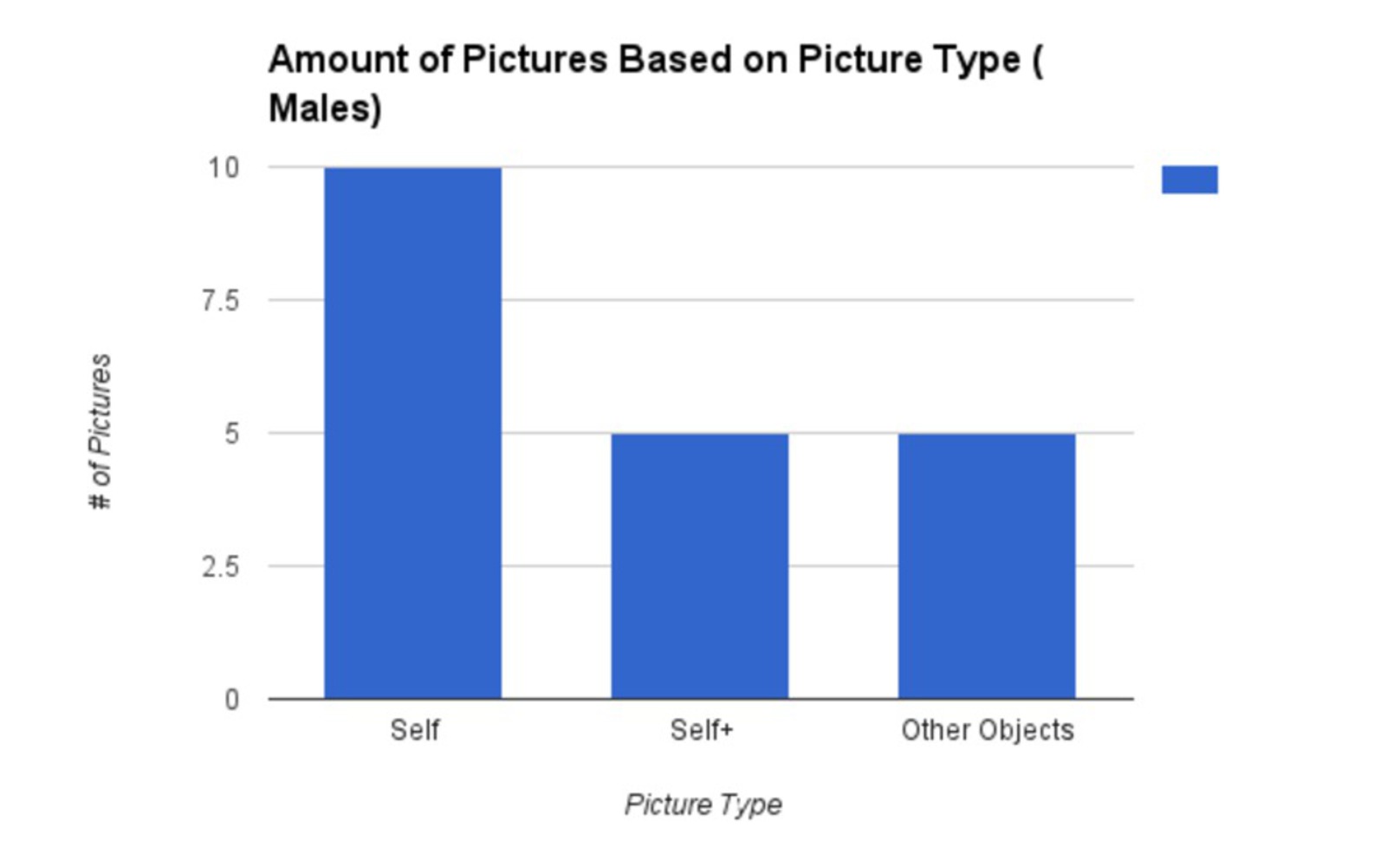 This partially supports my hypothesis that by college, most people would have self pictures. I am surprised that more males had self+ and other object type pictures. The male self+ pictures were generally pictures with their girlfriends, so that makes sense. The male other object pictures tended to be pictures that represented them physically or mentally.

During college, I also changed my picture to a self+ picture. 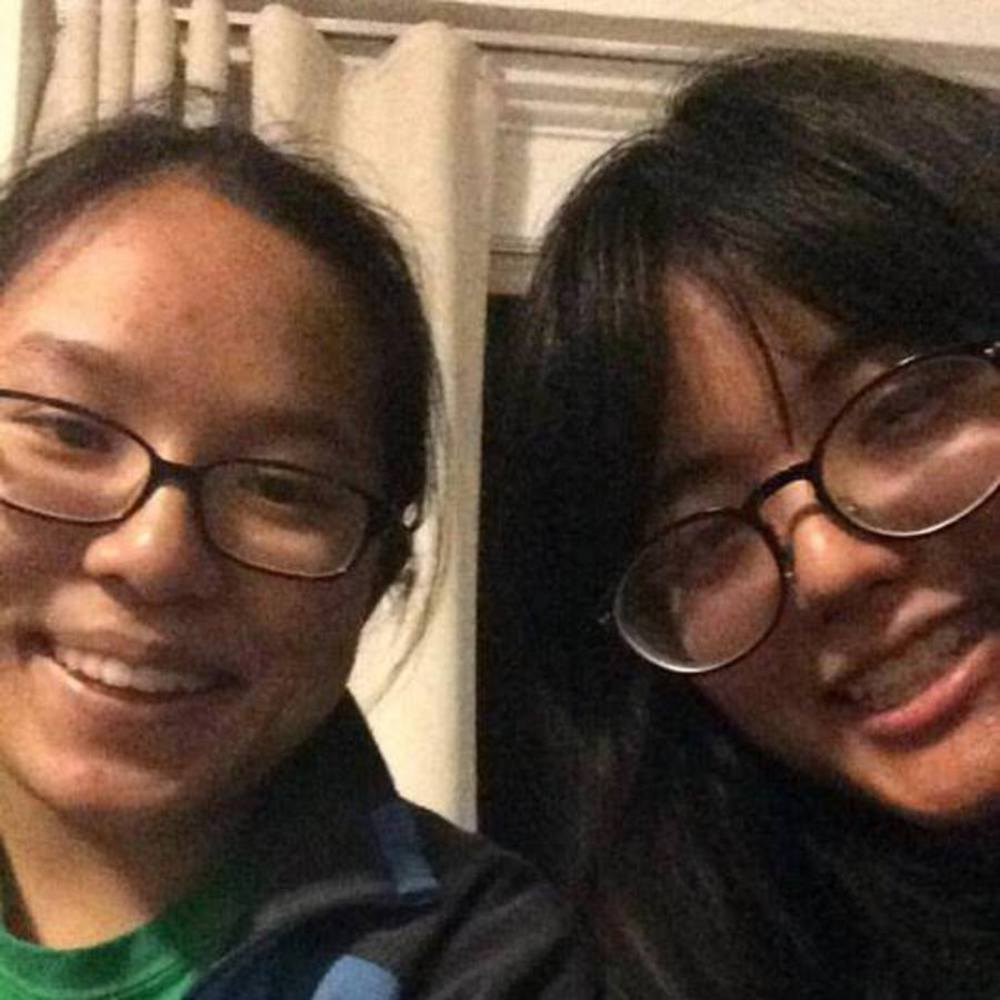 Overall, I have learned that in high school, people have generally less self pictures because they may be more self-conscious or just prefer to have another object, physical or digital, that better represents them. Then as they get to college, the pictures are generally self pictures, and the self+ pictures generally represent people with their girlfriend, boyfriend, or very close friend. In my college picture, for example, the other girl is my roommate and very close friend. The type of picture is also largely dependent on what the person is interested in. For people more interested in physical activities, or have done interesting physical activities recently, are more inclined to post pictures of themselves with or without other people. People more interested in arts, on the other hand, often choose to have an artistic image represent them. Also, people who are hardcore gamers tend to have a digital image.

It was also interesting for me to see how my profile pictures compared to my friends. I did have an other object picture during high school, like most of my high school friends, but I did not change to a self picture in college. I did get closer, however, as I changed it to a self+ picture. This was actually because people I met would later tell me they couldn't find me on Facebook, so I decided it was time for a change. However, I do not particularly enjoy taking selfies, so I took a self+ picture instead.

Unfortunately, I did not have an equal sample size for each category, so it would be interesting to see how other people's friends compare to my data.

It was interesting to see your point of view regarding male and female attitudes toward profile pictures as I have experienced an opposite trend. Your suggested explanation for the trend you observed seemed very logical and plausible. I likewise enjoyed how you categorized the different types of pictures you saw to make for easier analysis. I would have liked to see more in depth analysis of some individual pictures aside from your own, but I believe this project is still good regardless.

Determine if the ratio of male:female and picture preferences of my friends have changed over time.