0
Front face of the model 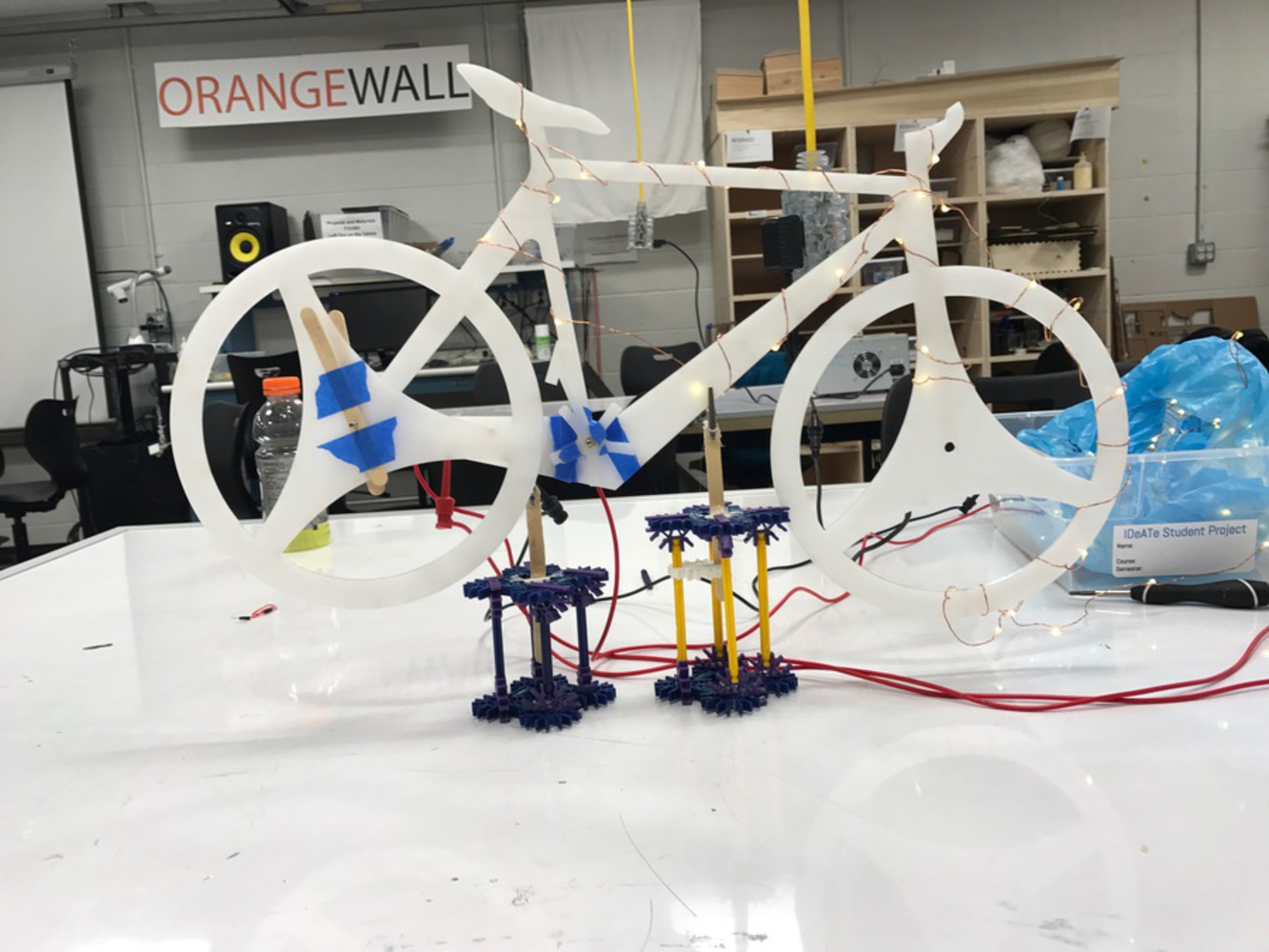 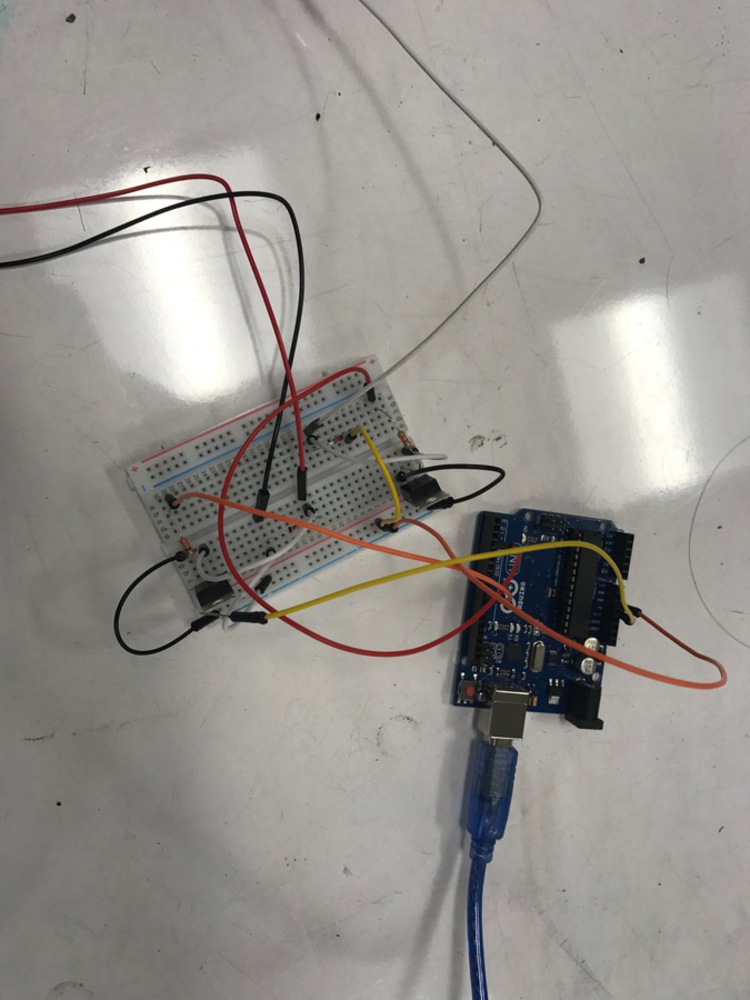 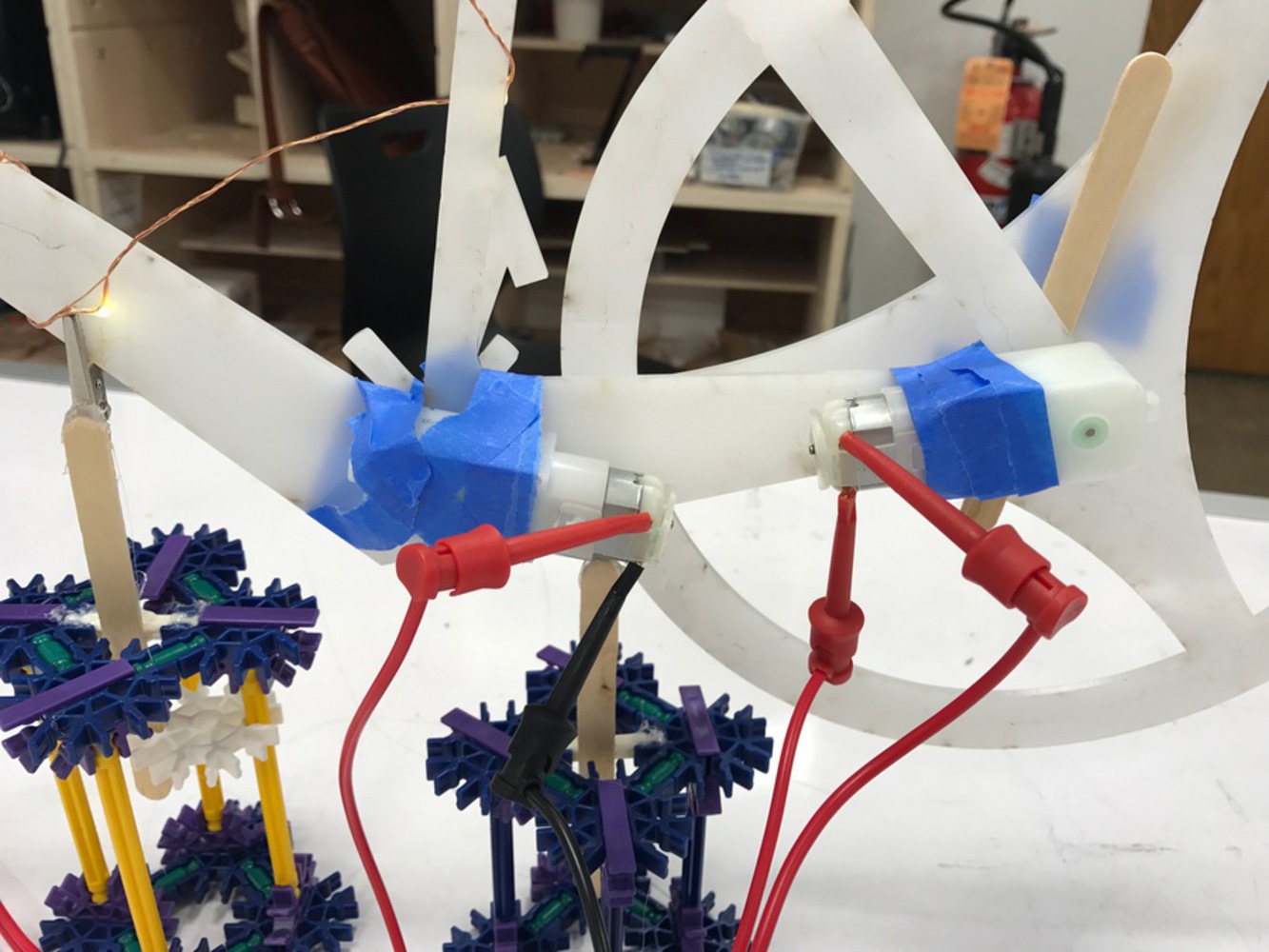 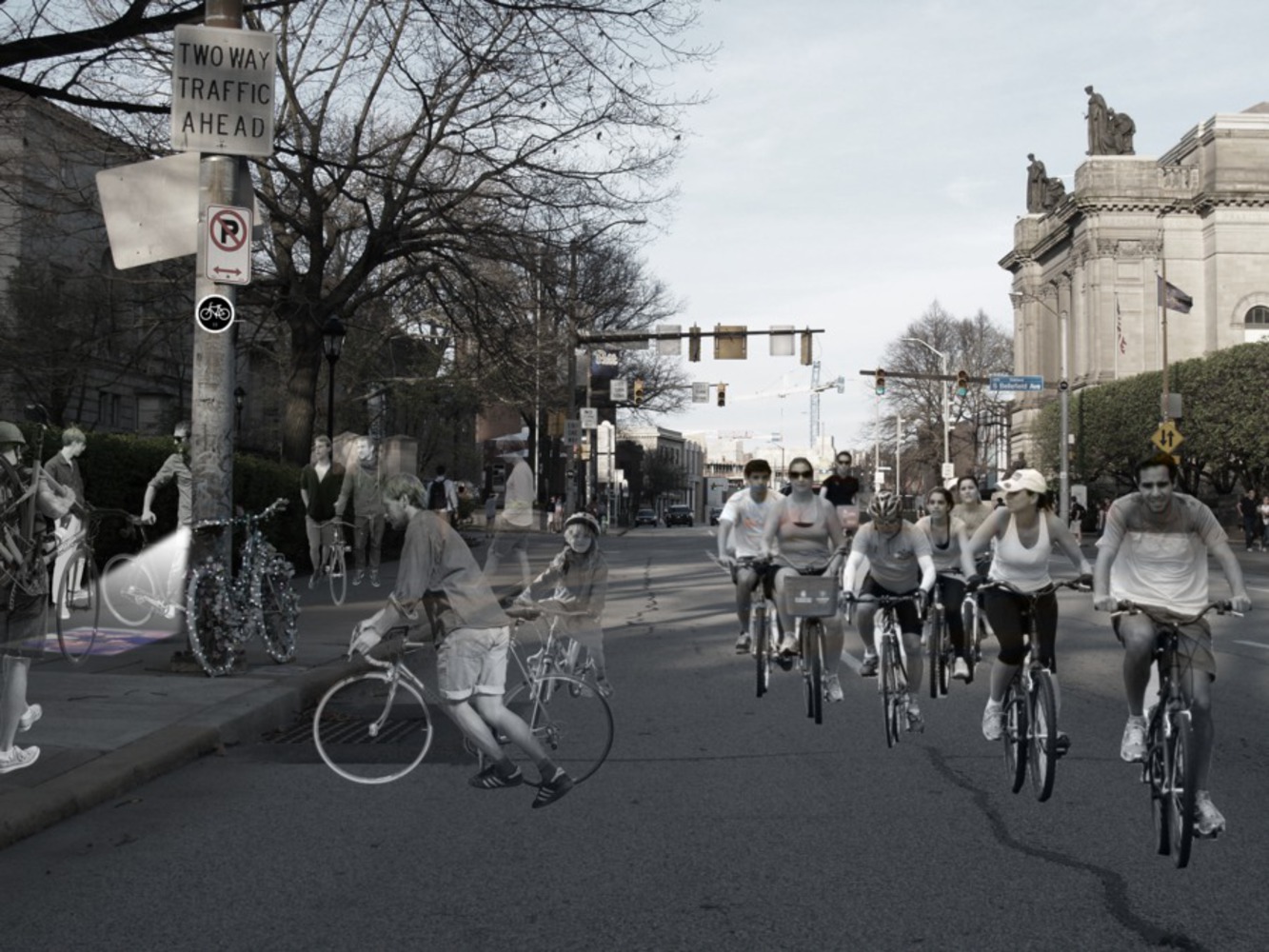 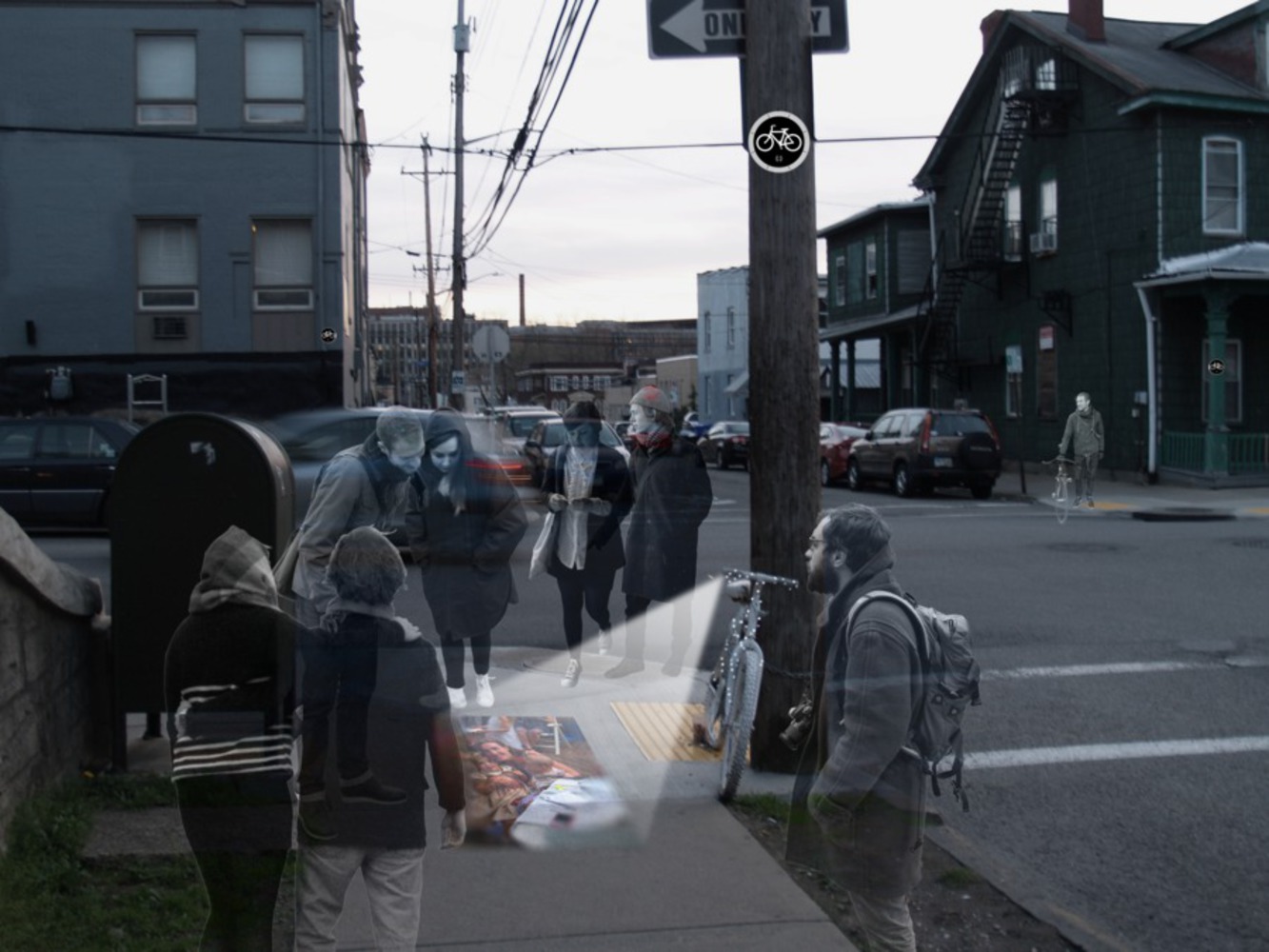 Describe your vision. What is the driving idea behind your design? What kind of solution are you trying to create and why? How does it enhance/augment/extend memory? What are your goals and motivations? How would it work in practice? etc

The driving idea when designing the augmented ghost bikes comes from different point of views. We as a group, believed in a interchange of scales, a project that somehow could house different scales without losing its identity nor its target. We thought the current ghost bikes have the potential to embrace new layers of information to give to the city. As subtle as they are, just located in a bunch of points within the city, almost silently, waiting to be seen. Painted with a neutral color they are implanted in the city making making citizens question why or how in a passive way.

Through media, we thought we could enhance the significance of this element in different scales. The proper independent scale of the person whose bike represents (small scale), could be enhanced by adding lights and media in the bike (projections on the floor with social media content and memories). Embedding new elements (beacons) around its location, we could reinforce the immediate surrounding and attract more people to the act of remembrance in sync with the time the accident happened.

This could create a network of ghost bikes plus beacons around the city which would allow people interact through an app tapping on the beacons and adding some supportive quotes to the family. This would make a new interactive system of bikes that would arise general awareness about bike riding.

The last scale would be the XL scale which it would consist in an annual bike ride memorial, where the locations of the ghost bikes would determine the path of this ride, creating other kind of interaction, different that those we have spoken about.

In practice, we think an organisation would be necessary as a driven force that would provide, mediate, curate and maintain the whole process, being the platform which families would be in contact with, to add, subtract and modify information, projects, etc.

Describe your experience/working prototype: What did you create, how, etc.? What tools and technologies were involved? Include appropriate content and illustration (e.g. a concept video, a video of the device in operation, diagrams, code, etc.)

Each beacon included a 24 LED Neopixel ring, two sets of four blue 5mm LEDs, and a switch. Each beacon was controlled by an Arduino Uno and existed self-sufficiently with a 5v power supply, which powered the Arduino and components. The software included the Adafruit Neopixel library and a simple fade mechanism. It also used the switch input to move between four states: off, flash, solid, and fade. Every time the switch's level was changed, the state progressed.

The beacon's physical design consisted of a white acrylic laser cut design placed on top of a frosted acrylic circle. The light from the electrical components illuminated the frosted acrylic, filling shapes in the negative space of the white acrylic. The three elements highlighted in the prototype were the silhouette of a bike, a wireless signal icon, and an arrow indicating the direction of the memorial.

For our prototype we made a small model bike with a self-spinning wheel and pedal. We laser cut a silhouette of a bike using white acrylic. White acrylic was chosen to represent the white paint of ghost bikes and it because of the look of the lights shining through the back. To create the self-spinning wheels we used two dc motors each attached to a gearbox because the motors by themselves spun too fast to spin the wheels at an appropriate speed. We then drilled holes through popsicle sticks and attached the popsicle stick to the wheel and the pedals and finally screwed through the hole in the popsicle stick and into the gearbox.

Finally we built a small stand using KNEX to suspend the bike in the air and allow the wheels to spin freely. The stands used alligator clips glued to the KNEX stand to hold the bike in two different places.

As you can see in the video and picture the bike wheel and pedal spin and the lights draped around the bike are plugged into an outlet and are turned on separately from the motors but in a full scale model these would probably have the same power source.

Our site analysis consisted of gathering an understanding of the location of three ghost bikes, and interpreting the surroundings in order to effectively define the location of the beacons. The three sites we chose to analyze were: Forbes Ave across from the Carnegie Music Hall, the Meyran Ave and Louisa Street intersection, and 5701 Penn Ave. We chose those three sites because each is different from the other in terms of pedestrian and vehicular traffic. The Forbes avenue site has a lot of both foot and vehicular traffic, and is located in an active area near two college campuses and not far from Craig Street, a heavily trafficked shopping location. The Penn Ave site receives considerably more vehicular than foot traffic, and is located near both some vacant buildings and the heart of East Liberty, an interesting dichotomy that makes for a strange flow of traffic. The Meyran and Louisa site is in a residential area, and is subject to more foot than vehicular traffic.

The beacons were located in pairs at 25/50/100/200/400/800 foot intervals. Care was taken to place some of the beacons in more highly trafficked areas to attract larger crowds. The 800 foot distance allowed for locations like the Meyran/Louisa intersection and the Penn Ave site to have beacons located in those more crowded areas. Sticking beacons to residential building walls was avoided when possible, so as to not have to create tension within the community. This was particularily relevant at the Meyran/Louisa site, where most buildings surrounding the site are houses, and sometimes the beacons deviated slightly from the 25/50/100/400/800 foot intervals in order to avoid crossing a resident. However, the beacons themselves emit no sound, and light up only at certain intervals during the day. This means that even if they were to be integrated into the residential fabric, they would create very minimal disturbance, and should only be seen if someone were to exit the building and look from the streets. Whenever possible, the beacons are located in more crowded spaces, like at the bar near the Meyran/Louisa location, as opposed to a more quiet area, like the pole outside a house.

The two renderings depict two different scales of the project: medium and large. Using pictures collected directly from the site and some Photoshopping, we were able to create scenes that show how people might congregate around the bikes, how the beacons would function in relation to the bikes, and how the bike would light up. The purpose of this was to put the prototype into a real location, and to help anyone who wants to understand the project see how the memorial works, and what kind of atmosphere it might create at the time of activation.

Describe how you arrived out the outcome. What iterations, refinements, design decisions and changes were made?

The process started by questioning how much impact we wanted to apply in this project as well as how broad we would go in our investigation for what an augmented ghost bike should be.

The bike community is questioned as people think we don't need bikes nor want to invest in improvements towards this sector, but on the other hand, bikes are a healthy and environmentally friendly way to commute. We have precedents in Europe that cities are changing its urban layouts to adapt the urban design to the necessity of creating bike lanes. We discussed to what extent we would branch out in these fields: environment issues, kids learning processes, driving security, etc. Whether extending out of the act of remembrance per se would be better for this project or not.

We ended up narrowing the scope of action by focusing in the act of remembrance for the dead person, and the involvement of the family. Also, we discussed the degree of speculation in technology matter. The target was primarily to augment the ghost bike network, with different media and we started to speculate with the possibility of inserting holograms. We soon took into consideration that the implication of the family when it comes to provide information about memories would constrain the media to use. We didn't want to make it extremely difficult for a real person to be in contact with the organization when curating the information but mainly when manipulating the given kit.

What questions remain to be addressed or questions about memory did this exploration raise for you. What are the things we should pay attention to/discuss in class for future explorations?

In future explorations, it will be important to consider that, when remembering something sensitive, details really matter because people hold the content so closely.

Reflect on making this project. What did you learn? What would you do differently? Did you get where you wanted to? If not, why not? What do you need to get there, etc?

We definitely achieved what we set out to do with this project. The ghost bikes offered an opportunity to work on different scales (one-on-one with passers-by, within the immediate neighborhood, and as a larger system in the city of Pittsburgh), and we seized that opportunity by creating a design that can work on all three scales.

We spent the bulk of our process thinking about what conceptual elements we wanted to integrate into our design, how loud we wanted the overall effect to be, and how it would impact the community around us. As a result, we came up with a wide set of rules to play by, but spent considerably less time deciding exactly what concrete elements would work to fit those rules. When working concretely, we started with the smallest scale, developed that, and then moved on to the middle and then the larger in sequence. As a result, even though each scale is fundamentally integrated into the other and flows nicely together, they need increasingly more work as they get larger.

Had we had more time, we would probably have spent it integrating the language we established conceptually into our concrete design, and making a few more passes at the large and medium scales. Given the time we had, however, we worked very effectively to get as much of our ideas down with as much consideration for the surrounding neighborhood as possible.

0
Note the spacers on the back wheel to allow the pedal to spin behind the wheel instead of colliding with each other. 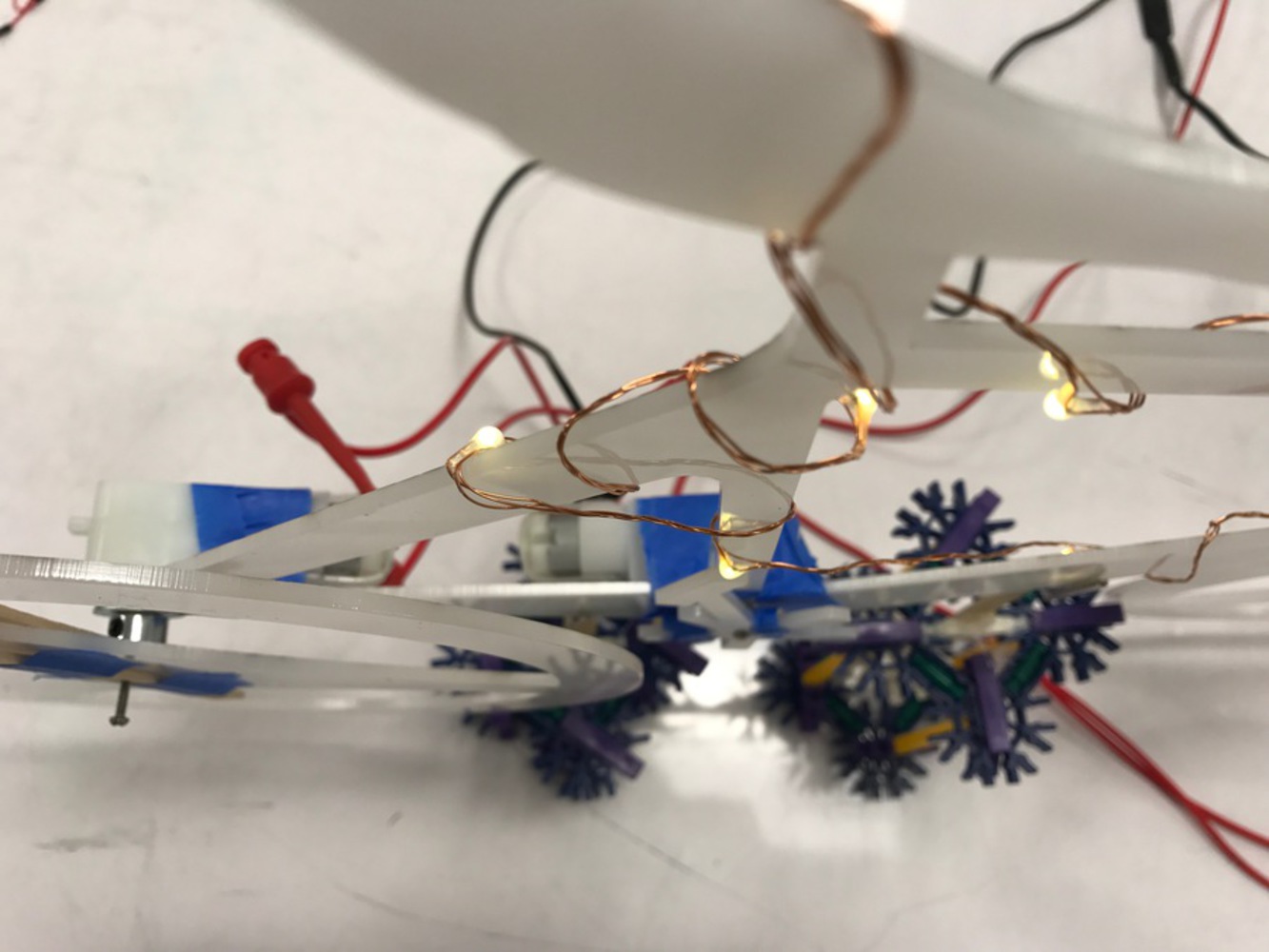 0
Hole on the gearbox that was screwed through. 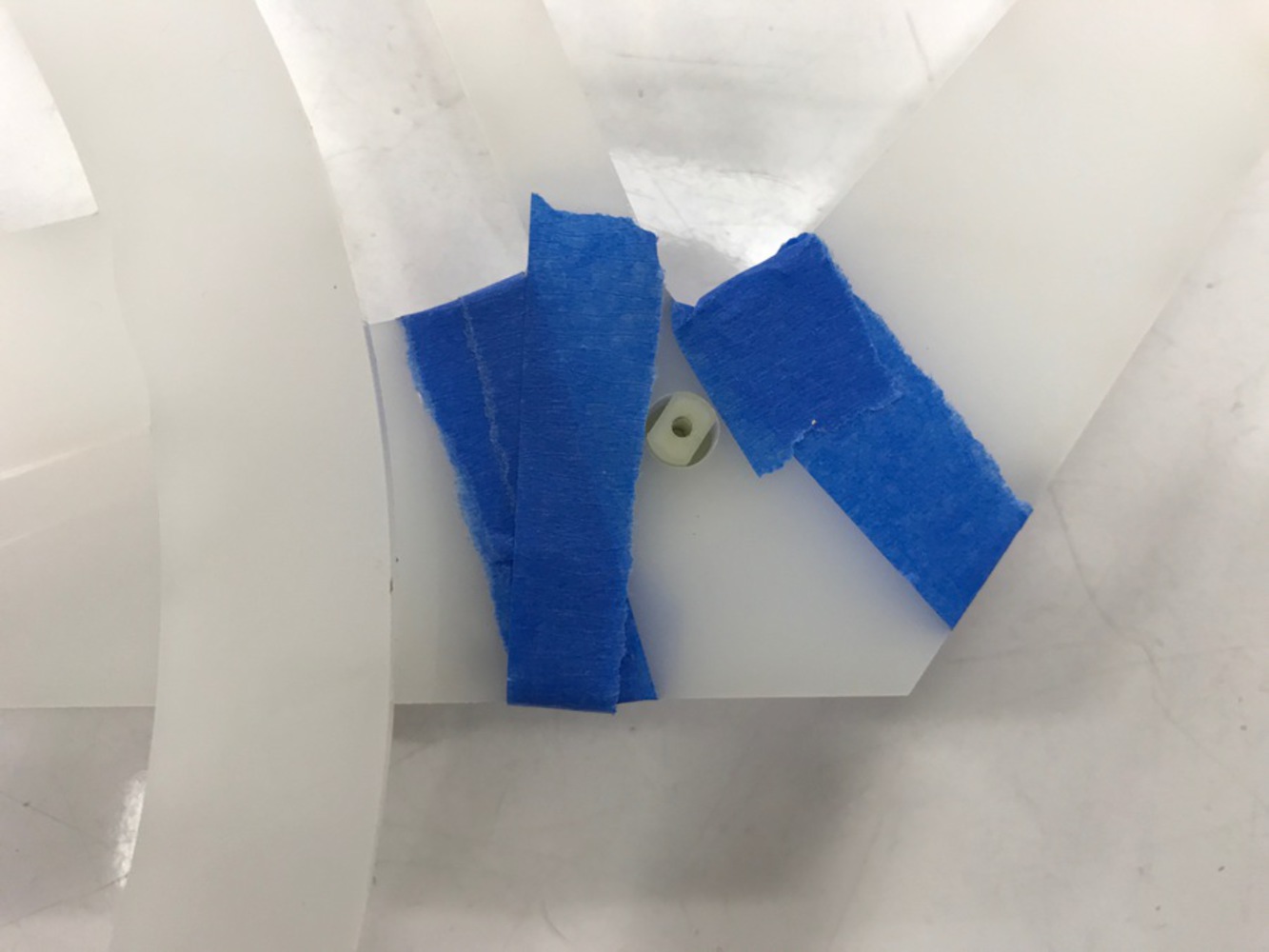 0
Two stands made from KNEX, popsicle stick and alligator clips 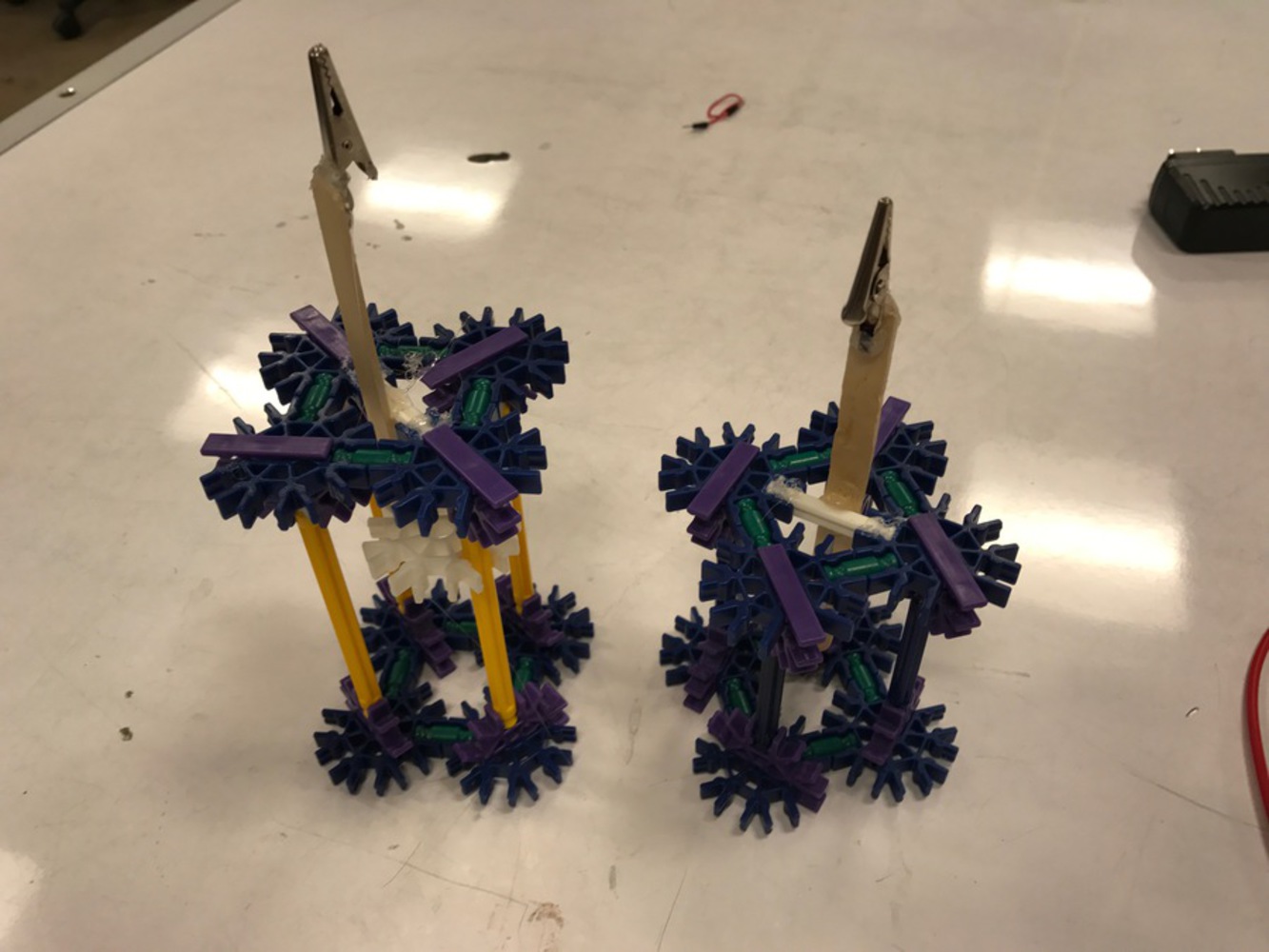 0
Closeup view of the pedal. Note the screw going through the popsicle stick and into the hole in the gearbox. 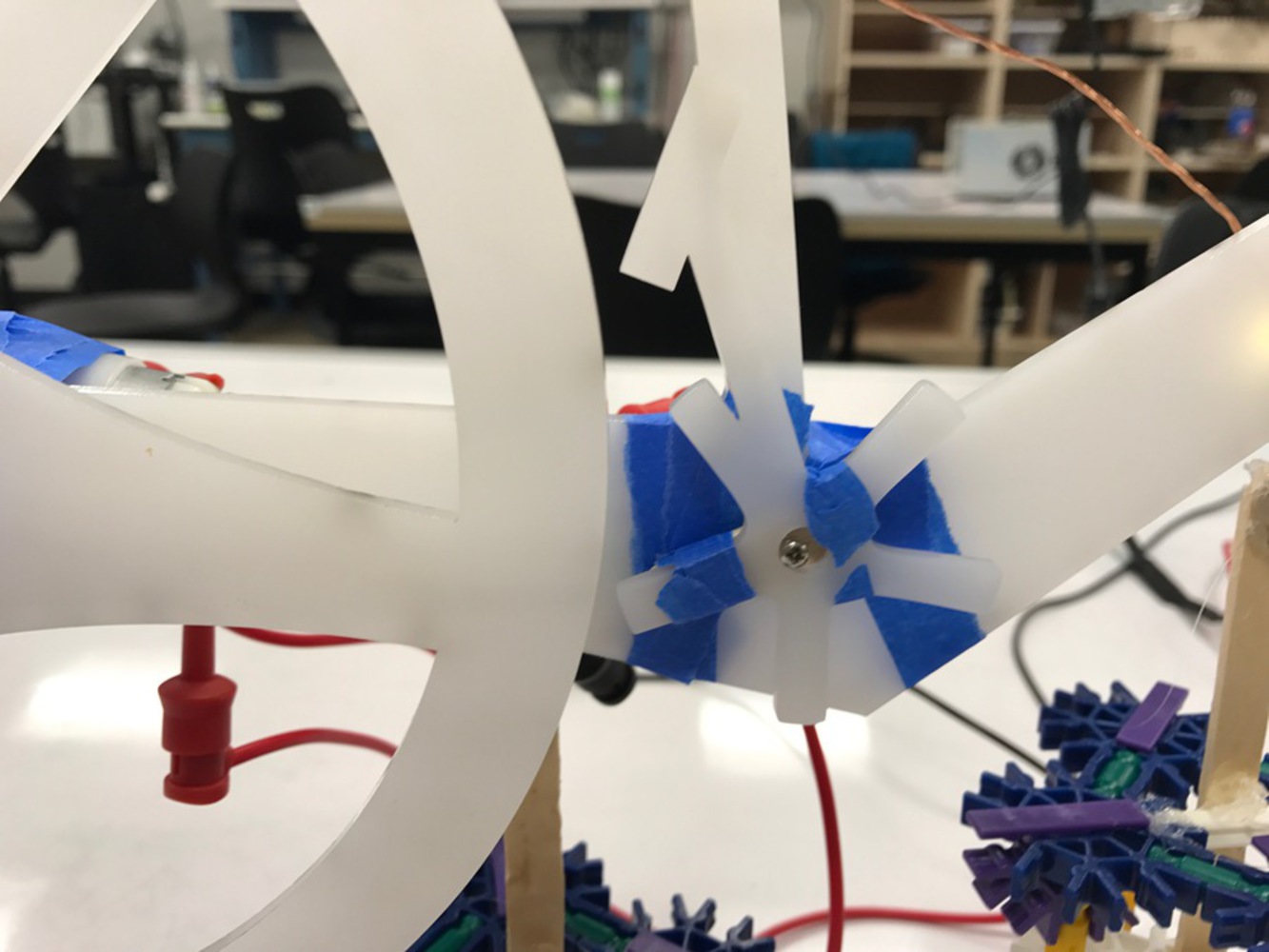 0
Backside of pedal with screw poking through the popsicle stick. 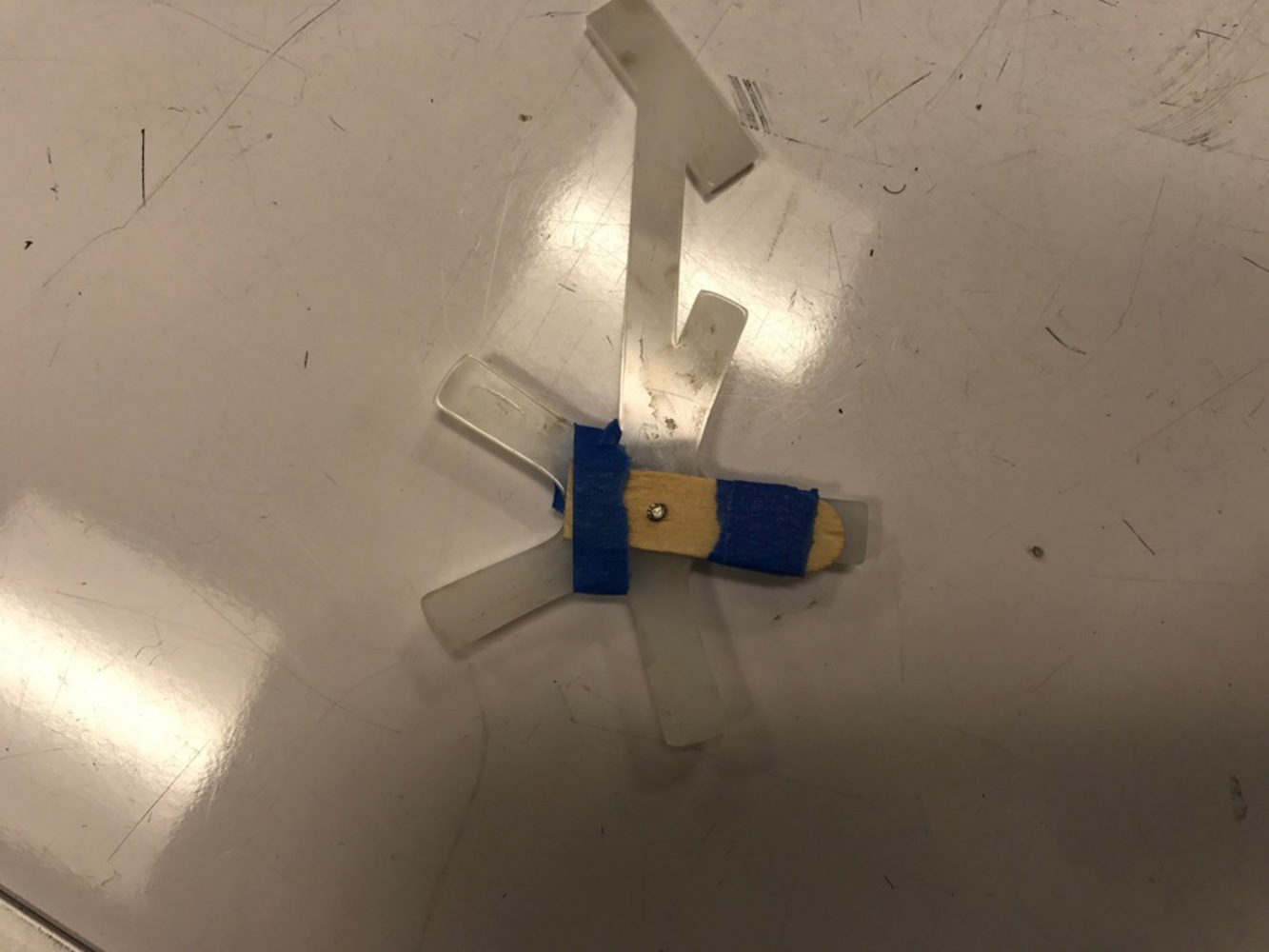 0
Backside of wheel with the screw poking through. Note the two popsicle sticks on the front and back of the wheel. This was done to stabilize the wheel and keep it from wobbling. 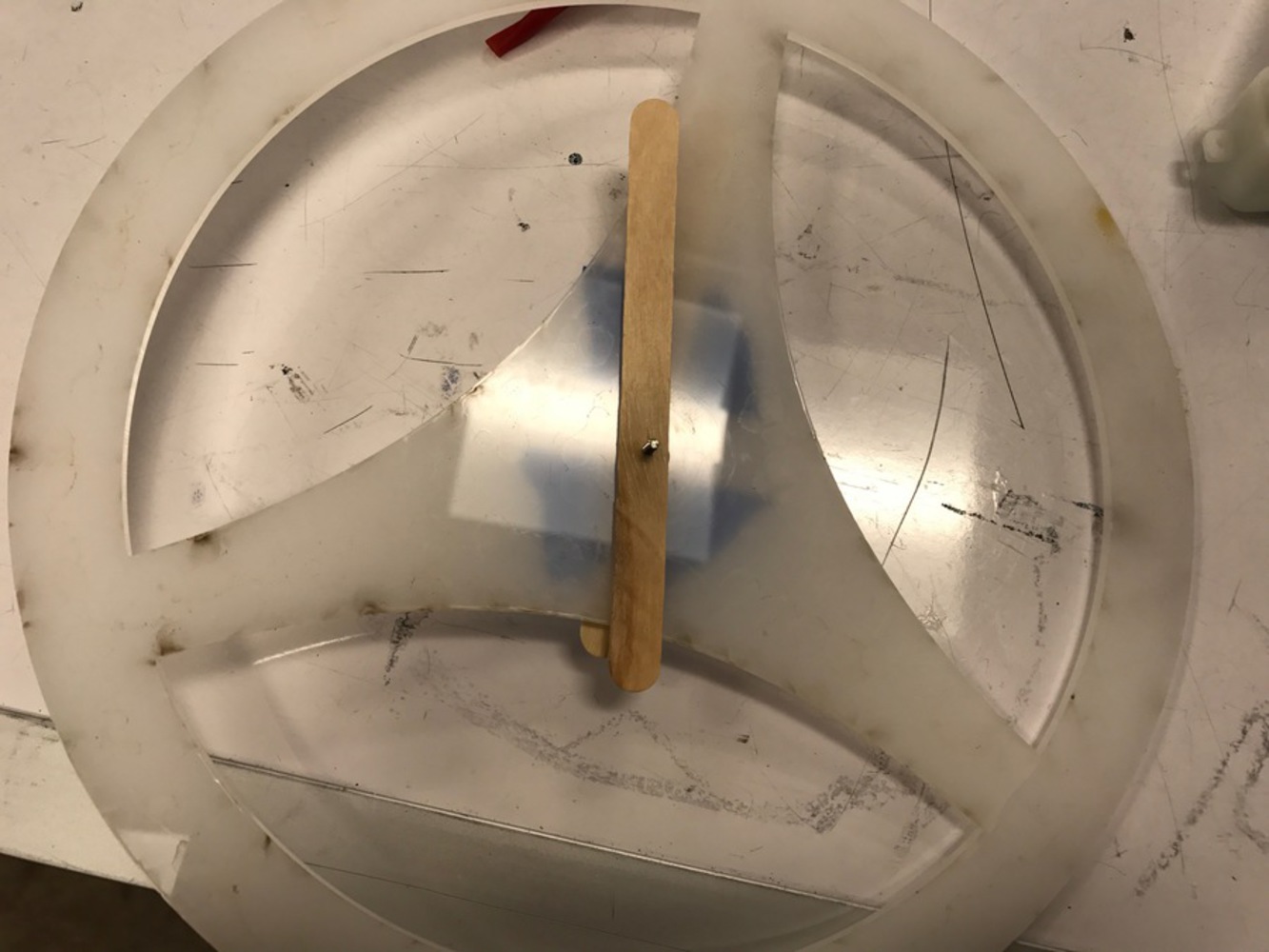 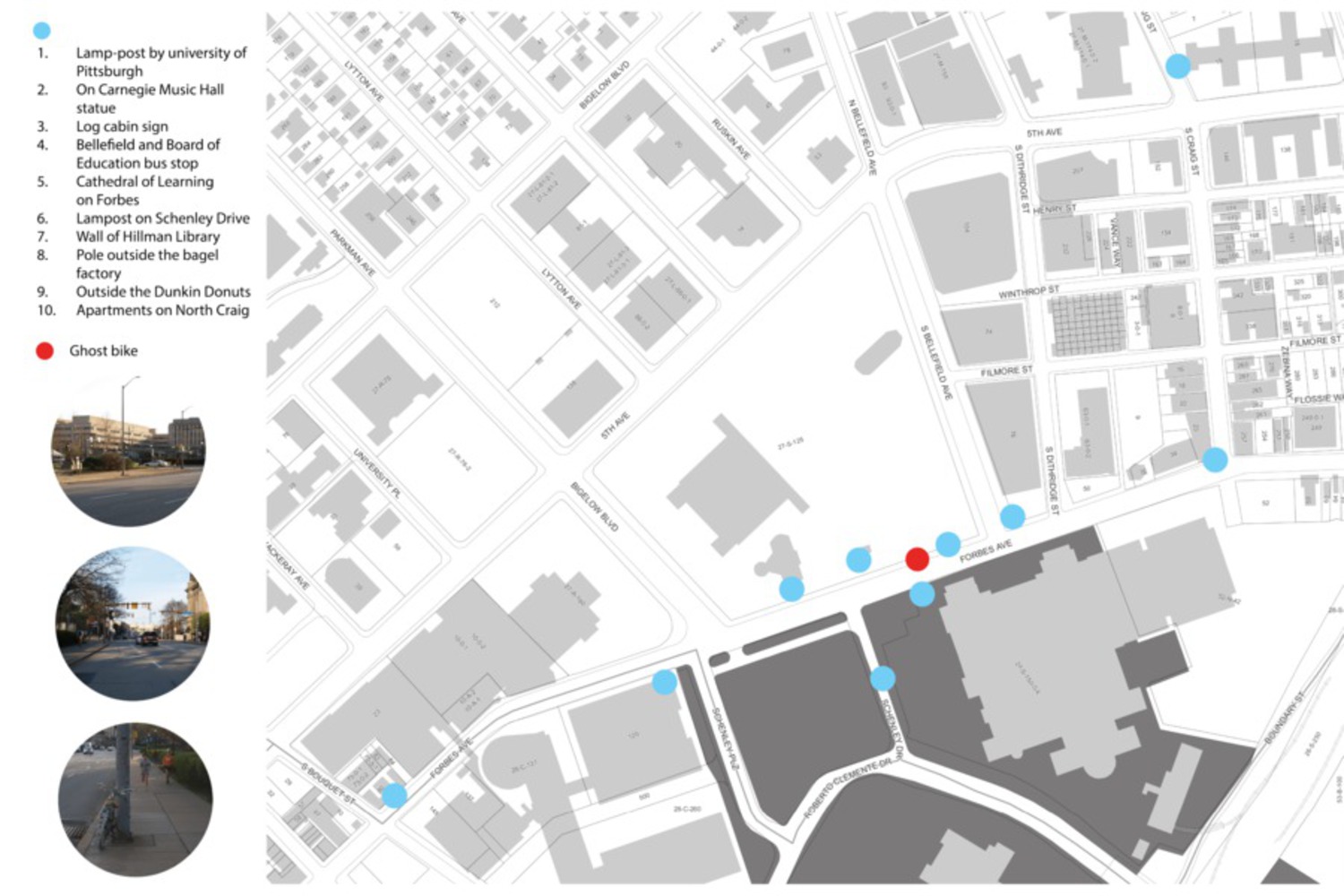 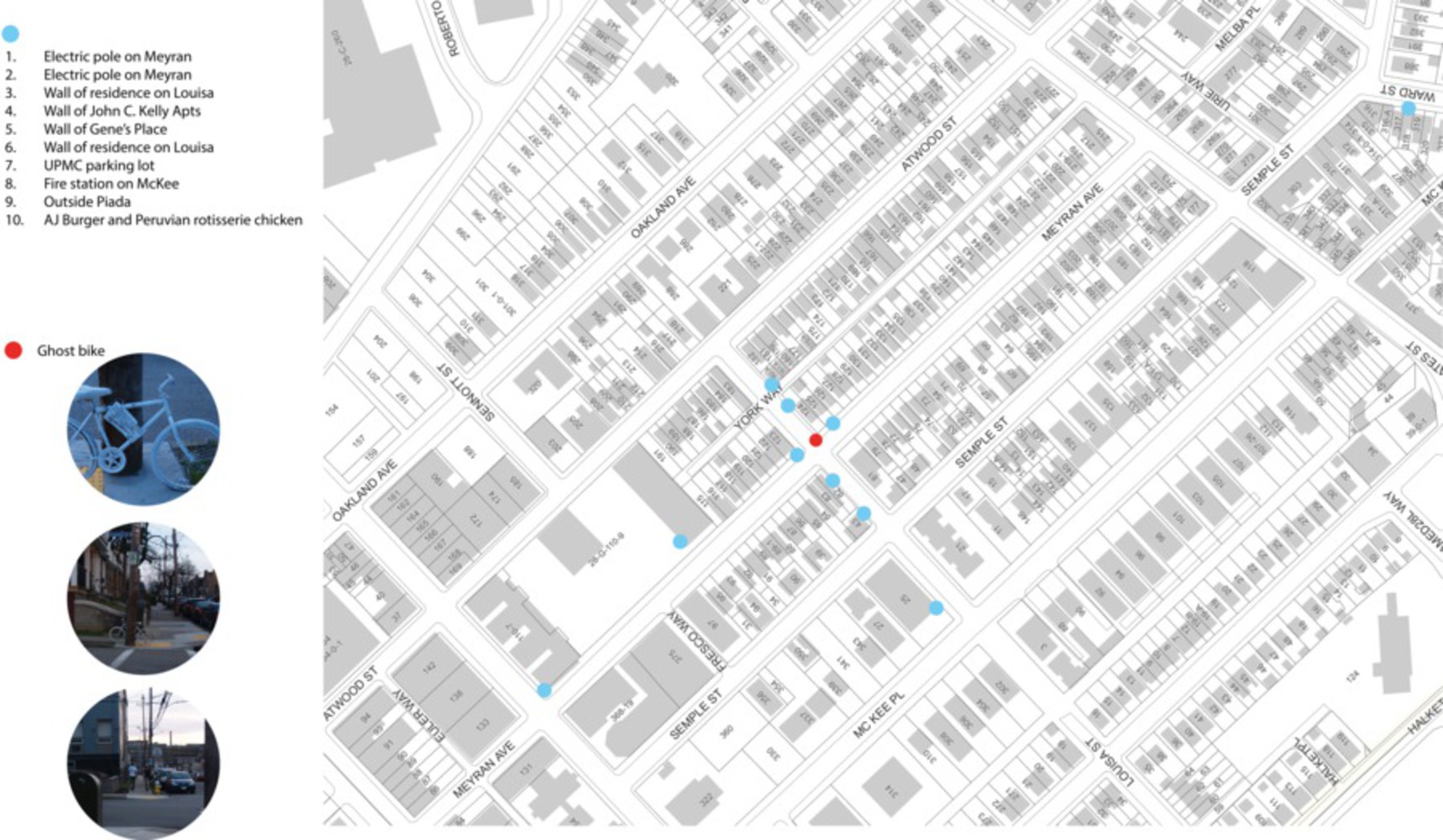 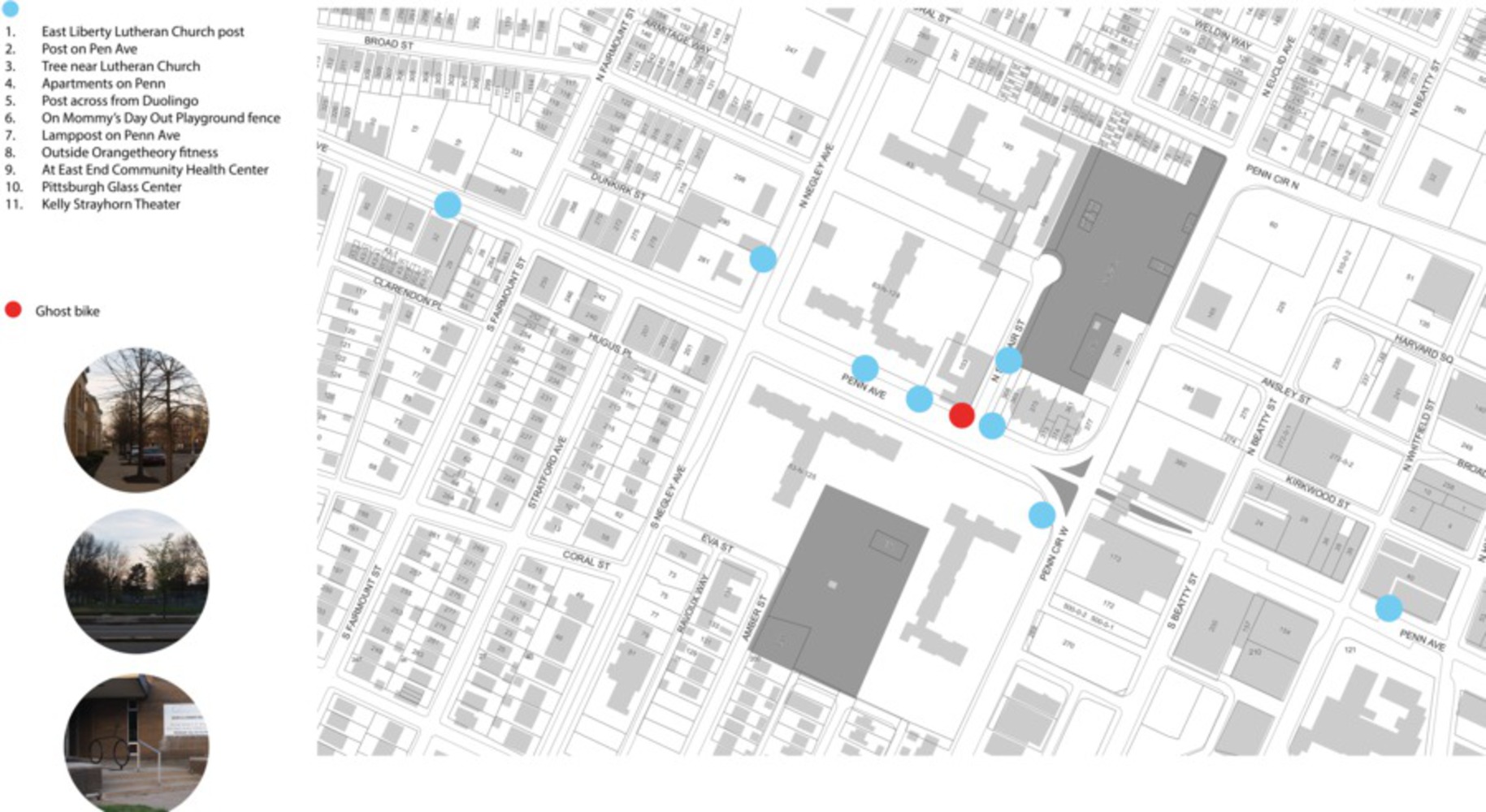