Made by Dan Cheng

Sir Cecil Walter Hardy Beaton, CBE (14 January 1904 – 18 January 1980) was an English fashion, portrait and war photographer, diarist, painter, interior designer and an Academy Award-winning stage and costume designer for films and the theatre. He took a lots of pictures of celebrities and his works were portraits.

Repetition, Contrast and the capture individual beauty are the things I love the most in his works.

Cecil Beaton uses lots of repetition and contrast in his work, the following one is a good example. 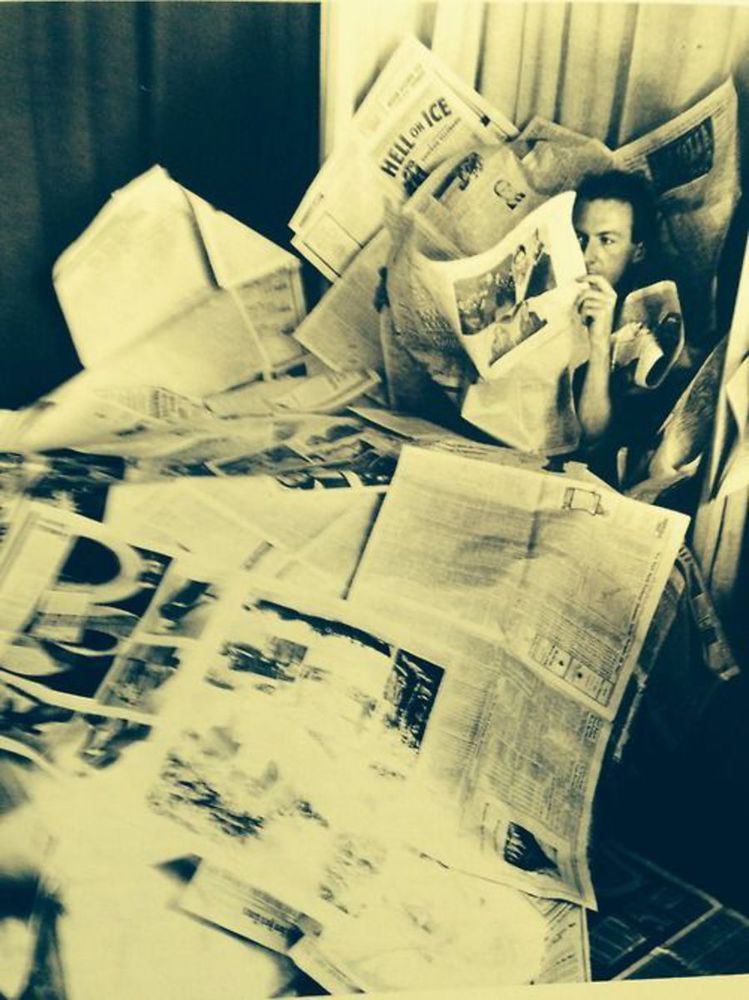 1.Smart use of repetition, draws viewer's  eyes to the main object

4.Capture of the natural look(fleeting moment)

5.Contrast of mess and serenity(busy activity in leisure time)

One thing that distinguish his work is his amazing use of mirror.

(So why does he use mirrors so much?

In Beaton's early years, he portrays himself as a youth who conflicts with a bourgeois patriarch, because of his social identity(his father is a timber-merchant). He wants to enter the realm of High Bohemia in order to quit middle-class patriarchy. So he elects a social group where each of the member has narcissistic identification. "the body of Narcissus flows out and loses itself in the abyss of his reflection". So he chose to use mirror to show narcissistic in his photos in order to achieve high Bohemia theme.)

But later, he shifted focus but he was still obsessed with resemblance. In stead of mirror, he took photos of sisters, twins, a person with a doll, reflections, shadows to incorporate resemblance in his works. This resemblance not only serves as an excellent repetition but also contrast. It gives the viewer a strong visual impact.

Also, when people are looking at the mirror, the reflection in the mirror is actually how they see themselves, there is less pretence and therefore more natural.

The following photos are examples of how he uses shadow reflection and doll to express resemblance while giving strong contrast. 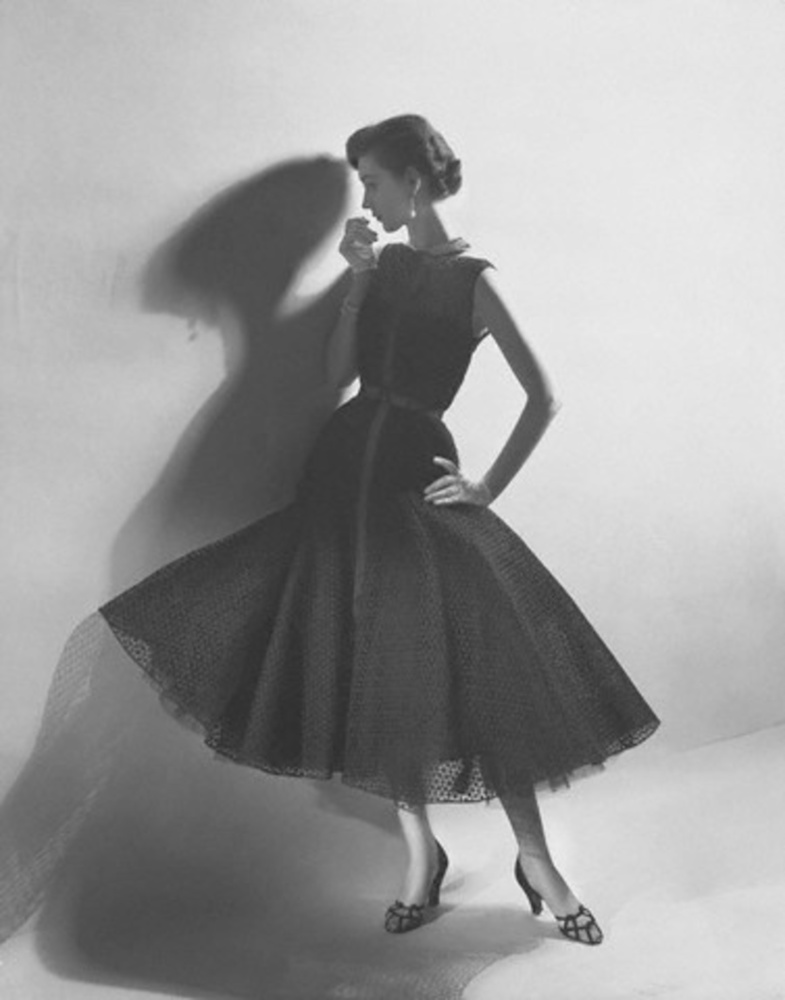 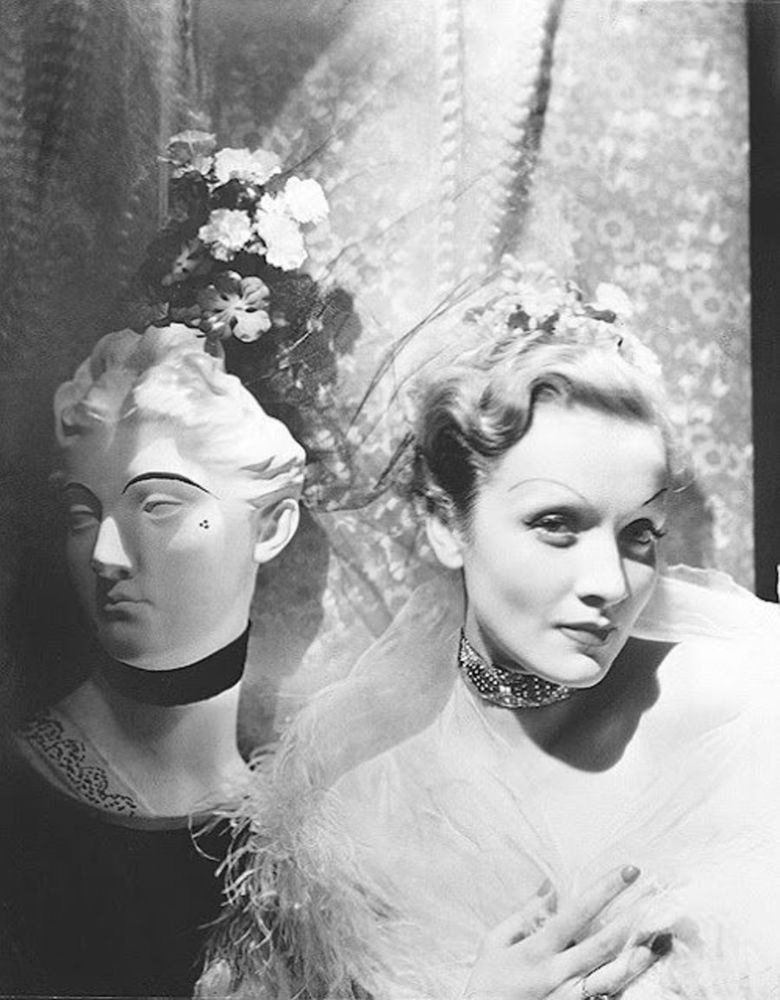 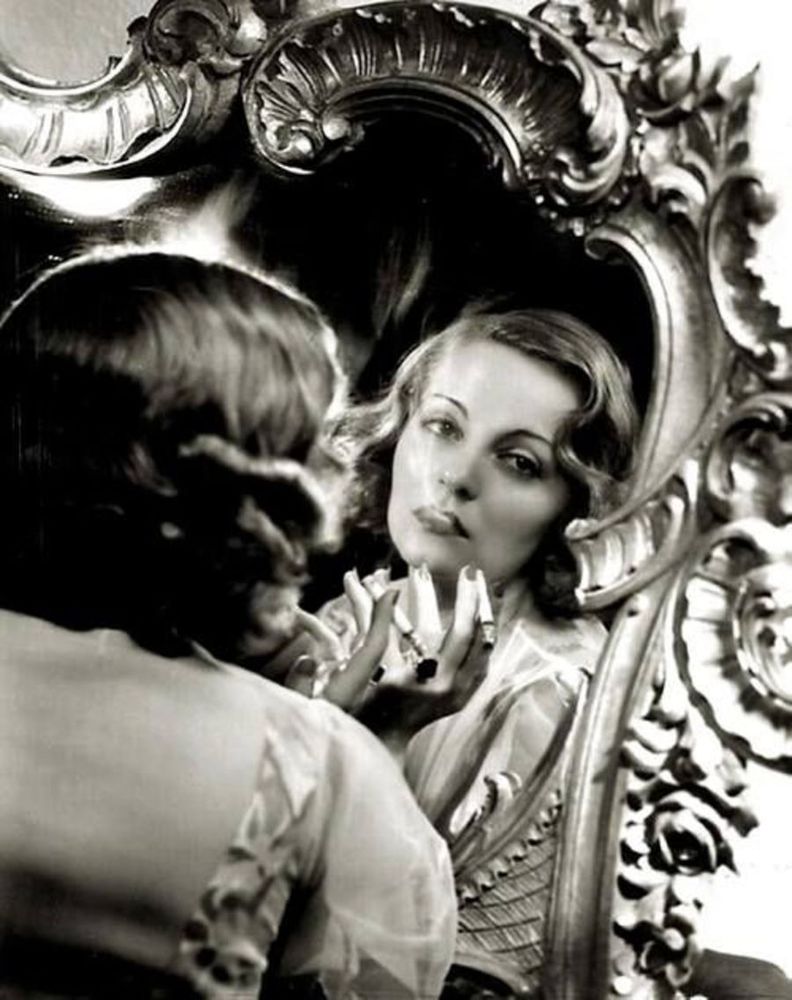 As the saying goes, "I am not beautiful like you, I am beautiful like me". Cecil Beaton did an incredible job in discovering the individual beauty. He chose different light, background and settings for different people. The decision he made can maximize and stress the beauty of the main person in the photo, which is very compelling. Like colorful and dynamic setting for Marilyn Monroe, but static and sharp setting for Audrey Hepburn. The setting also indicates what kind of people they are. He also does distinguished work in capture people's most natural facial expression. Just as he says "The success of a picture often depends on capturing those fleeting moments" He is the one who can capture the fleeting most natural look of people.

The following are some examples 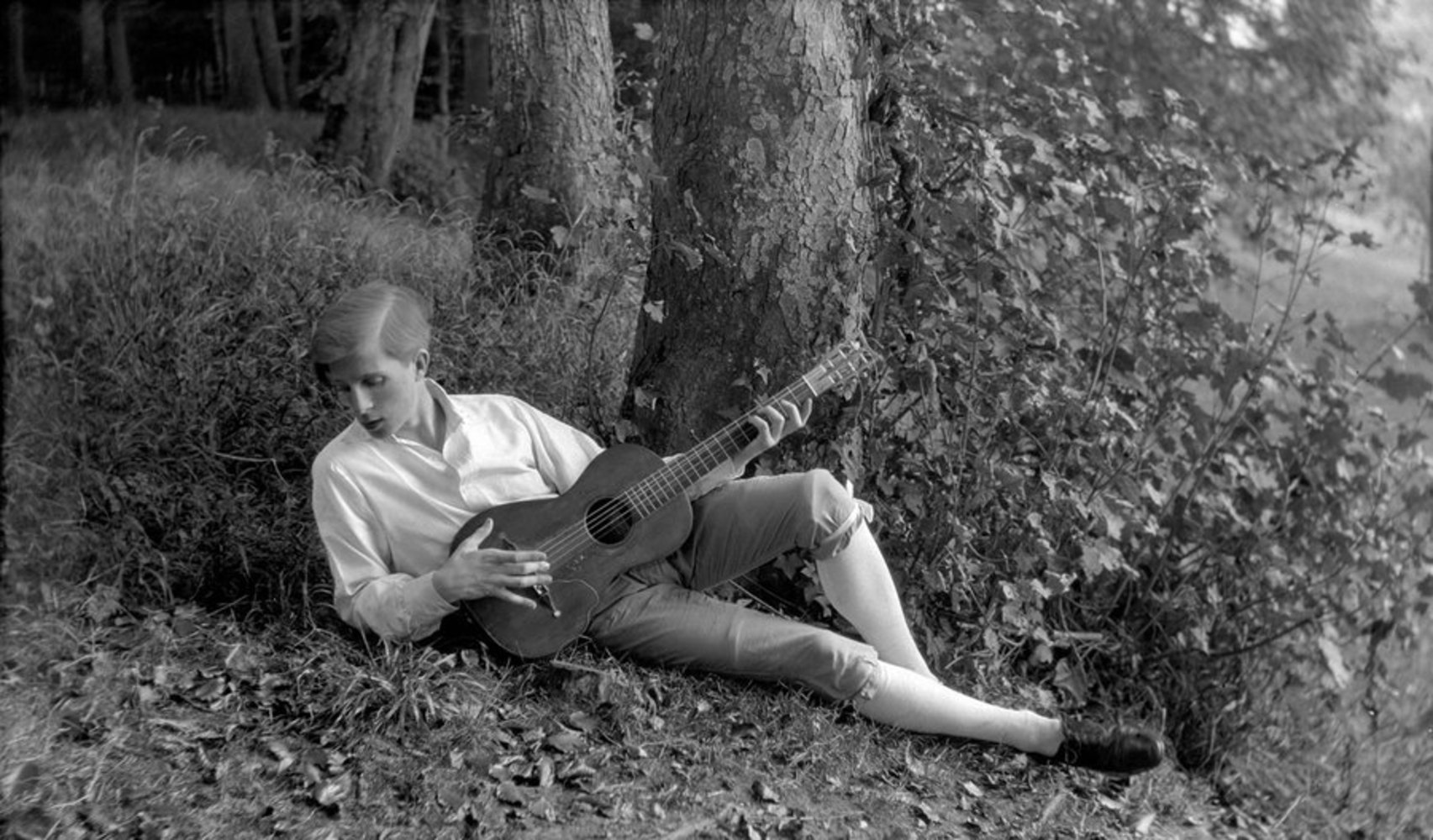 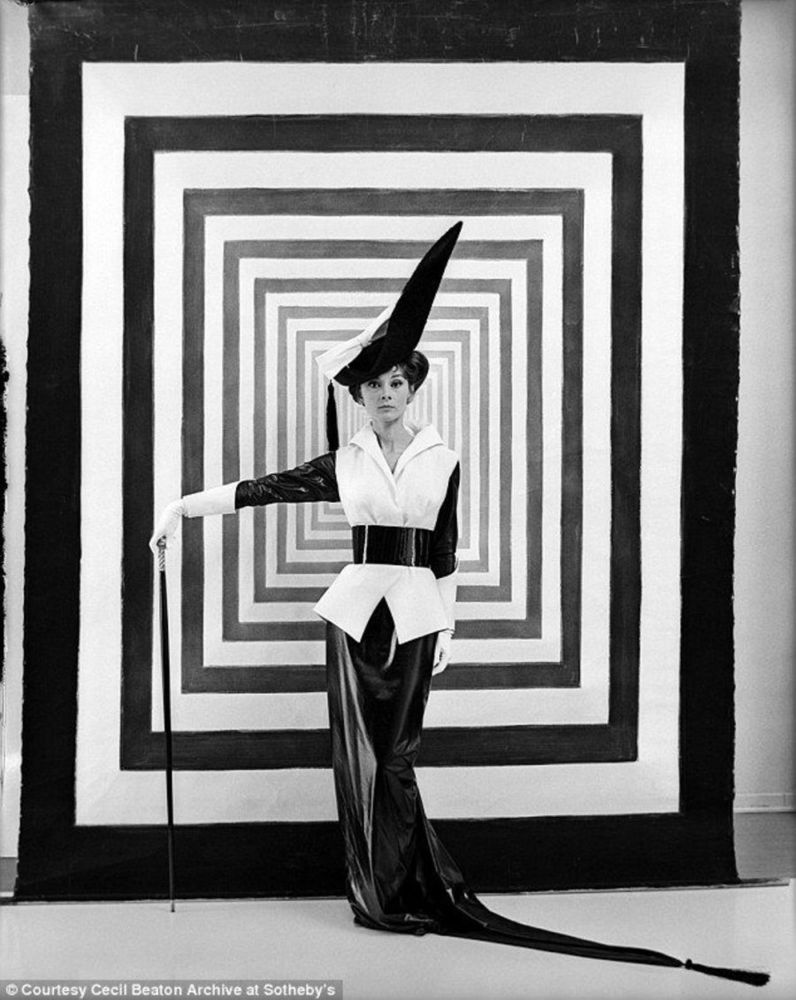 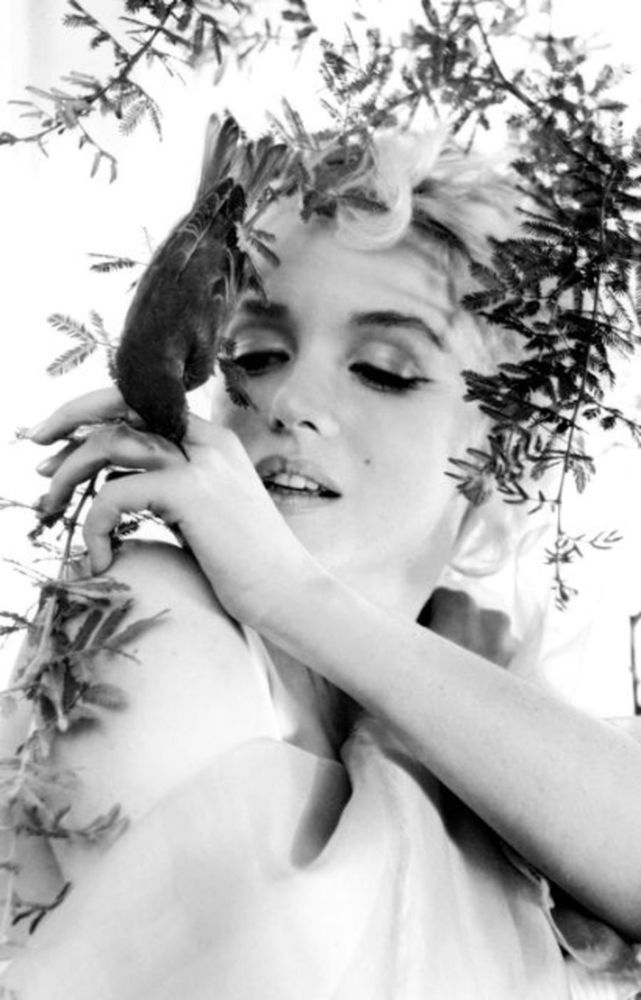 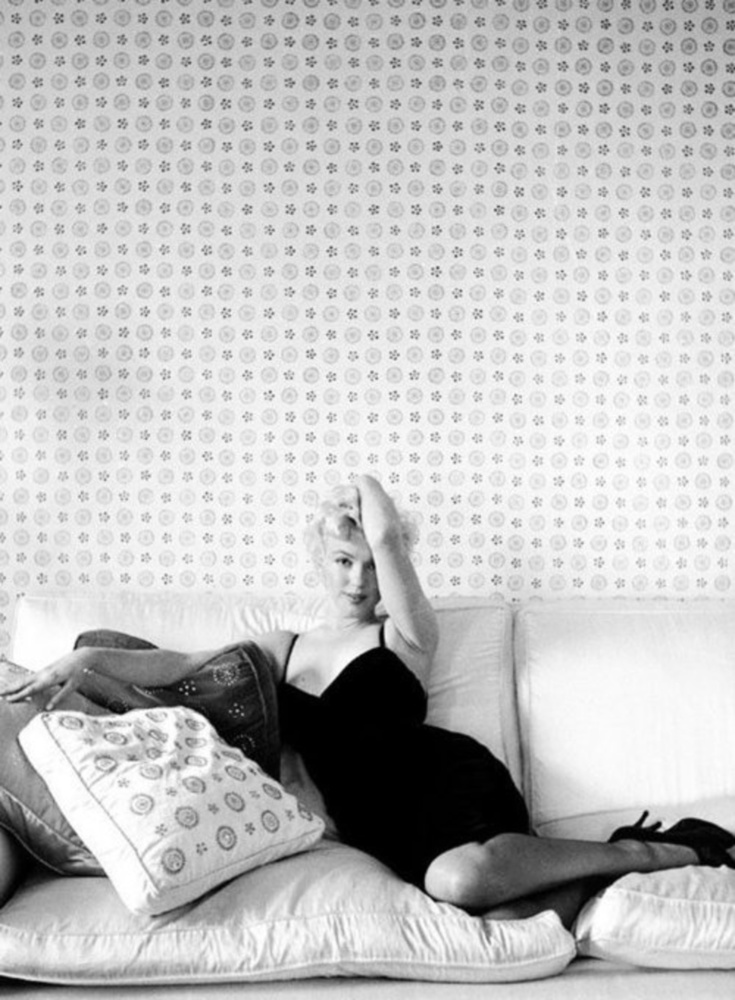 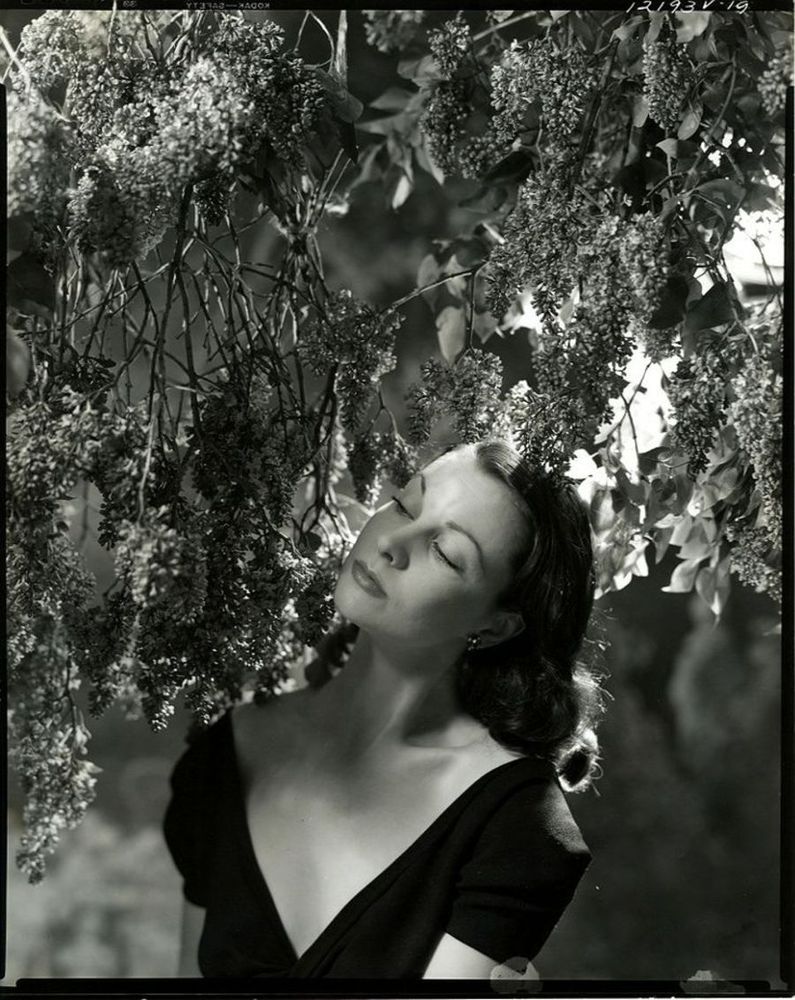 Basically, in his photograph, we can see the person's distinct beauty and personality.

I asked my models to put on the clothes that they feel the most like themselves. And do things they like the best.  I took photos for different girls, and it is obvious that each of them are so different, and you can feel their personalities from the photos. I took lots of pictures for each of them when they were doing things they like and picked the one that was most natural, that is, the one which was the best fleeting moment. Except the last photo, all the other were shot indoors, so I used big aperture, median ISO and high shutter speed(it was raining and the room is dark). The last picture I use big aperture and medium ISO and shutter speed(the weather is cloudy). Also I changed to a better camera in the last three pictures.

I was trying to emulate the use of mirror to show narcissus theme in the following two pictures. This girl loves  art. She chose to paint in front of the mirror. 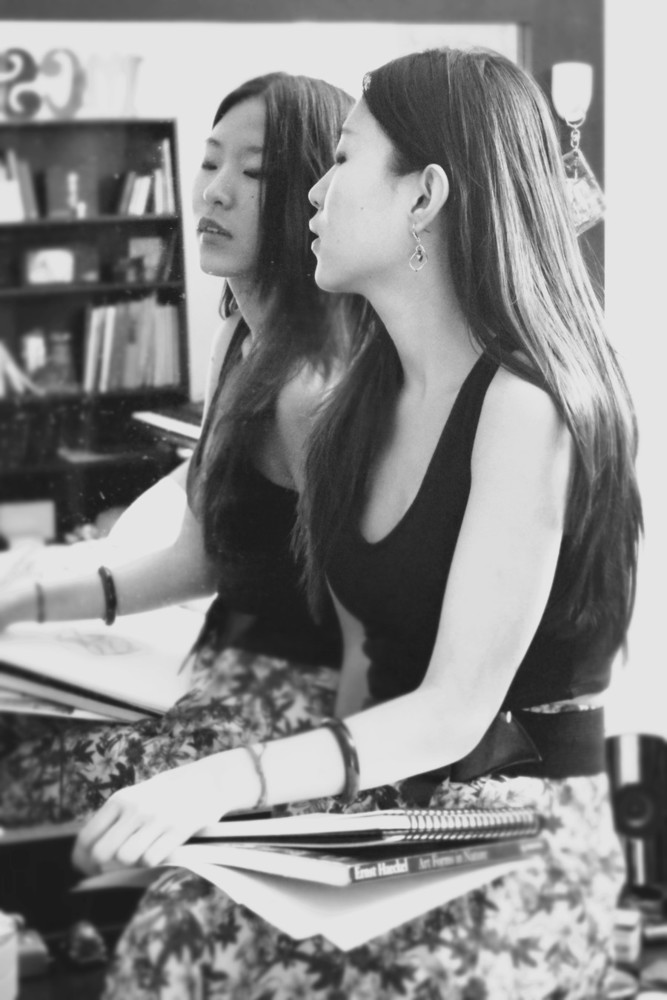 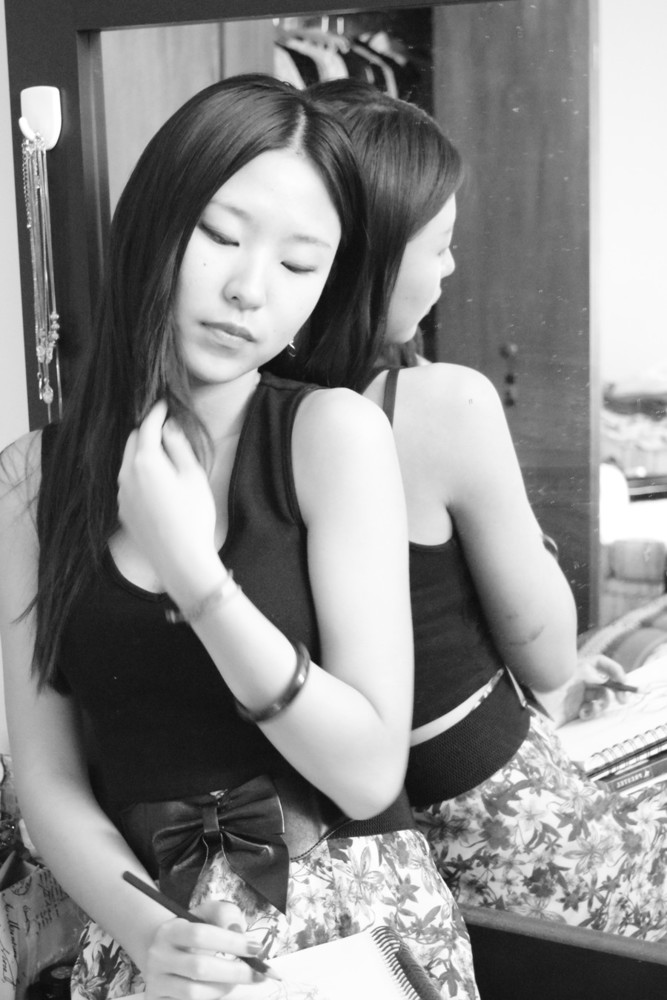 This girl chose to do makeup in front of mirror, this photo was shot when she finished doing her make up. She is very into spy style.

There are three images of her in this photo, herself, the reflection in the mirror and also the shadow. I try to incorporate lots of repetitions and contrasts here. 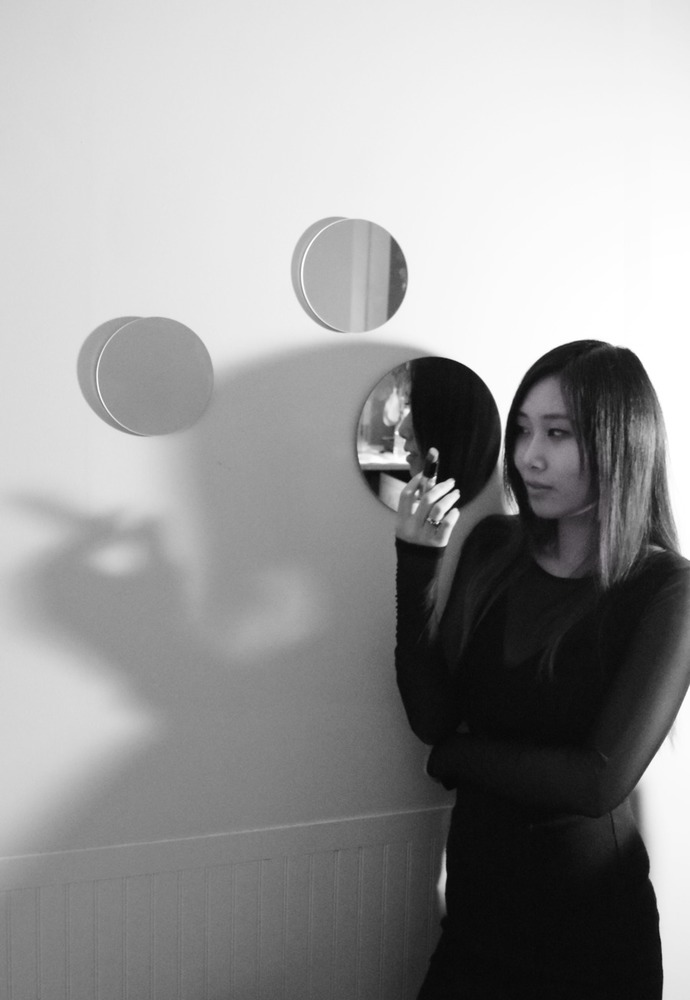 This girl is very into music and nature, in this photo, she was beside the window with her flute and electrical keyboard. There is a great contrast of light which indicates inside and outside. I found that music and nature are very harmonious when putting them together. 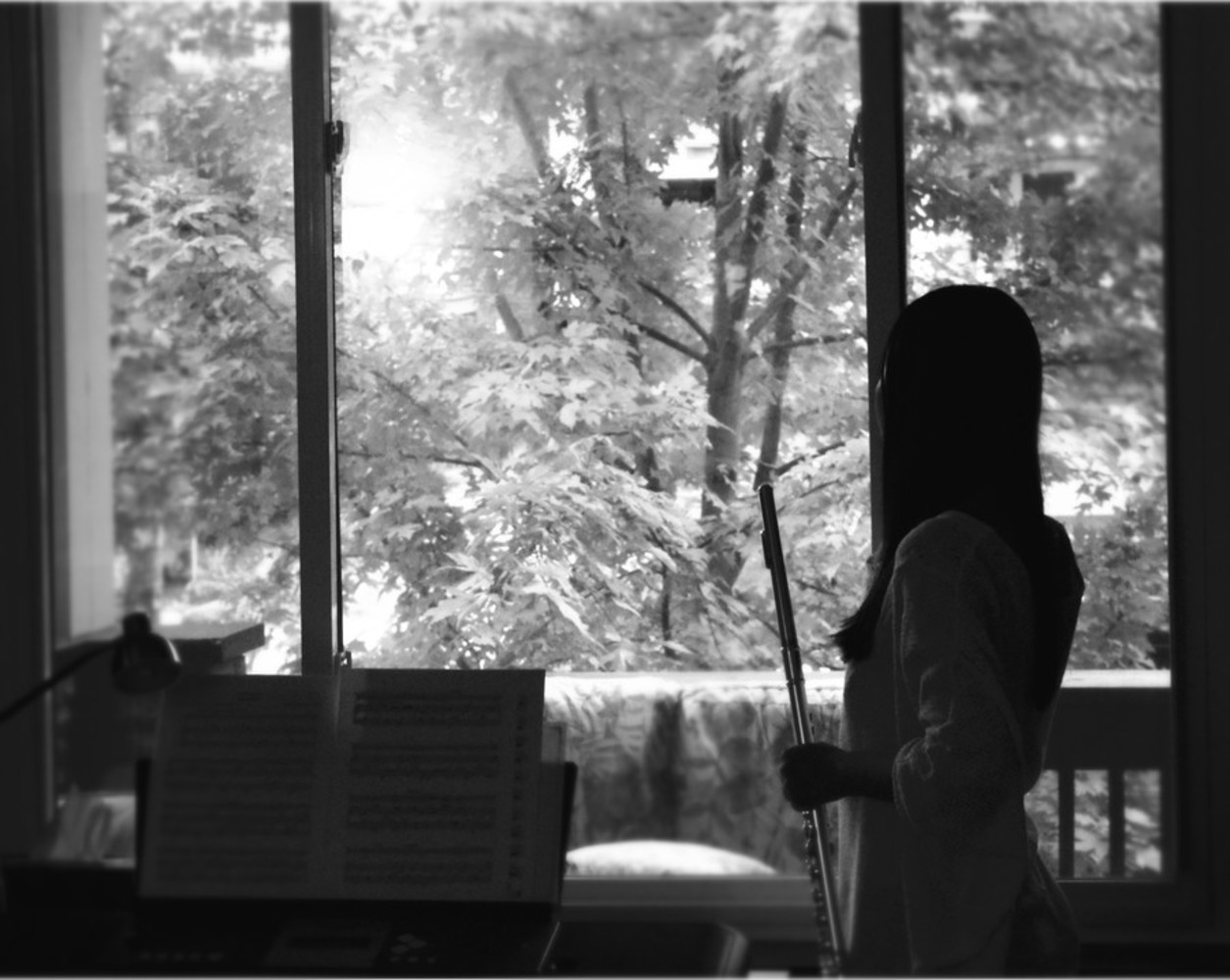 This girl loves asian culture(like asian patterns, meditation). She chose to take the picture on her bed. I put a lamp to cast strong light on her face which created shadow in her back, and made her look of thinking more dynamic. 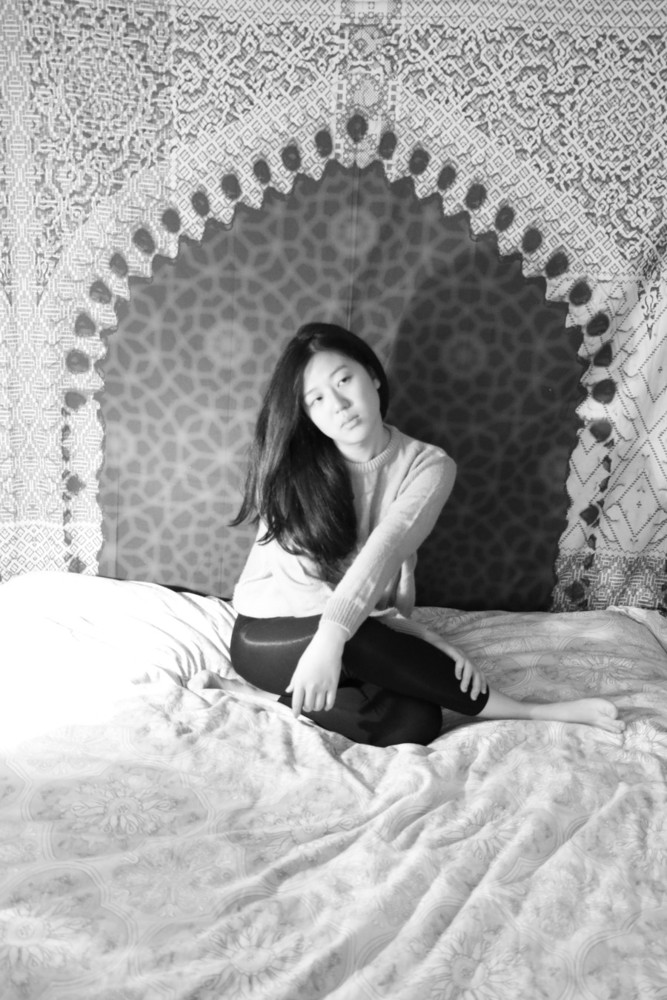 The first picture emulates the repetition style in "Sunday morning". The picture balances diagonally. Although there are lots of clothes covering her but the photo can still draw viewer's eyes to her face(I believe what kind of clothes a person like to wear also reflect part of his/her personality). The second picture shows her love of nature, and I believe this photo capture her most natural look. 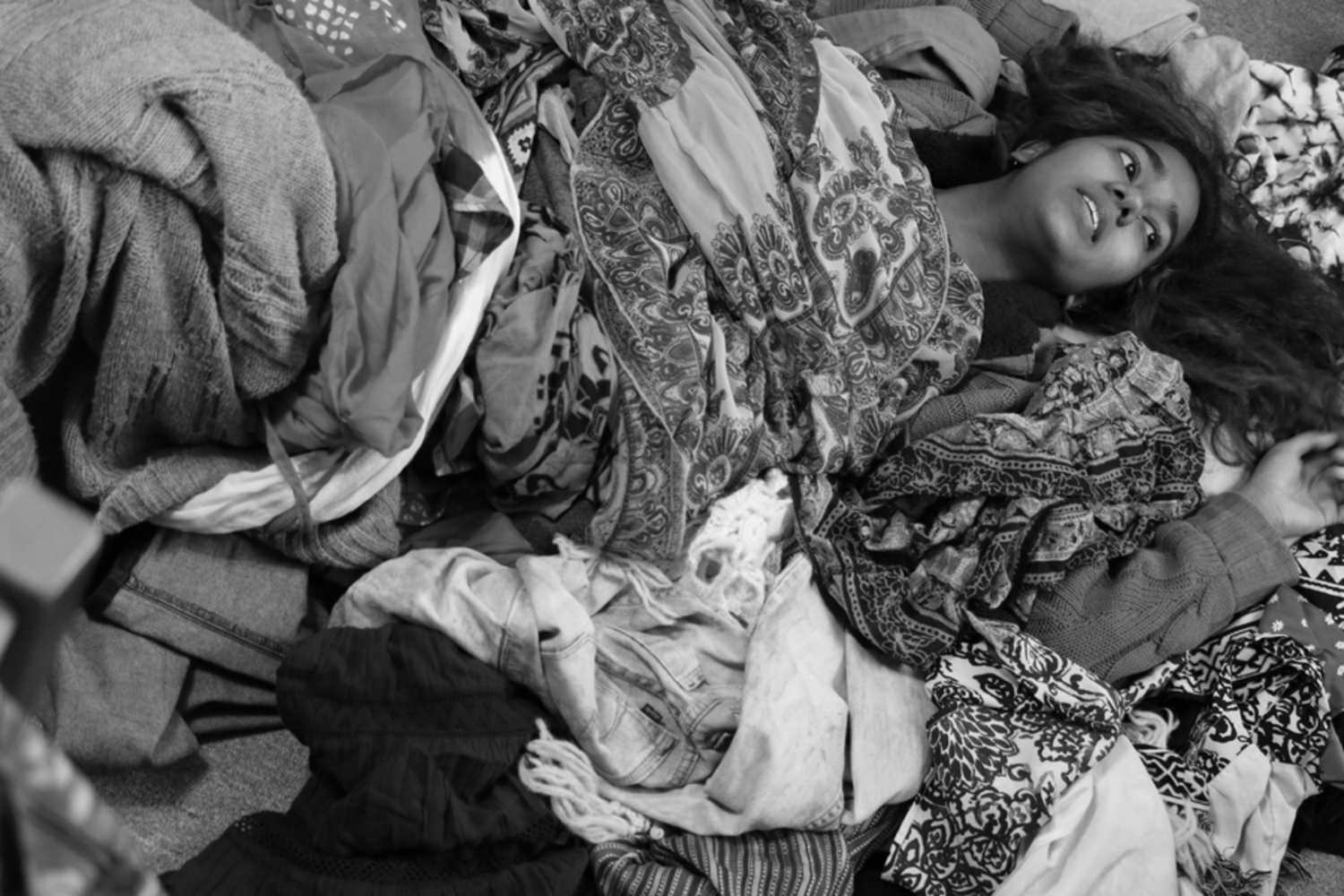 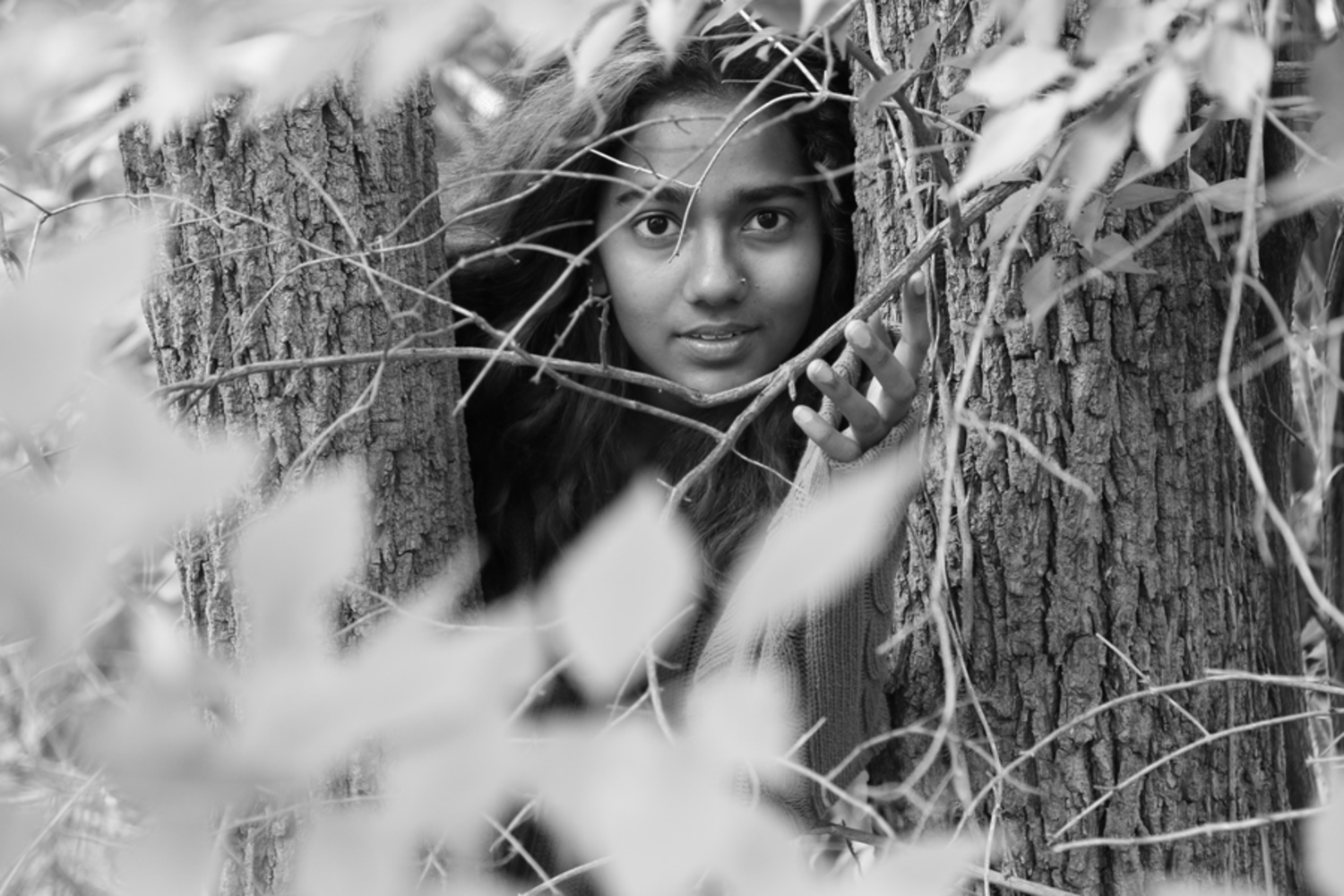 What is interesting and challenging?

It is very challenging to capture the best moment of facial expression. I asked them to be themselves and ignored me taking photos of them. At first, they were not used to it, so their facial expressions were unnatural and stiff. I took photos of each of them for more than half hour and took more than 50 photos, trying different settings and let them do different things. And in the end I picked the best one. I truly feel that what makes an excellent portrait is the capture of fleeting moment.

It is very interesting that through taking photos of my friends, letting them be themselves, I know more about them and feel closer to them. Photography makes me happier and realize that life is full of beautiful things. In order to discover the beauty, I need different perspectives. Everything has its unique beauty

The fourth image down with the dark figure in the foreground silhouetted by the light shining through the trees outside the window is really striking. The blurred edges of the frame in that one are really nice. (Did you do that in Photoshop?) Your subjects look very natural and comfortable, especially in the first and last photos. It's often hard when photographing people to get an image that is a) flattering, b) interesting, and c) doesn't look stiff or overly staged, so kudos for nailing that in those two images. As you realized, timing and image selection is really important when taking portraits, and I think you did a great job with it.