To solve a problem with a mirrored clock

[Write about the big ideas behind your project? What are the goals? Why did you make it? What are your motivations?]

I will create a table clock reflecting its minute hand and hour hand to a multiple of directions. I have a table clock in my apartment and it is placed on the desk. Since I am living in a studio my bed and desk are in the same space. When I work at the desk I can see the table clock easily, however, I cannot see it when I am in my bed. I think this is a common situation for people who live in the studio. And then I started thinking about a table clock that I can see in different directions. By making the table clock having mirrors, I can see my clock not only at the desk but also at the bed without moving my position. 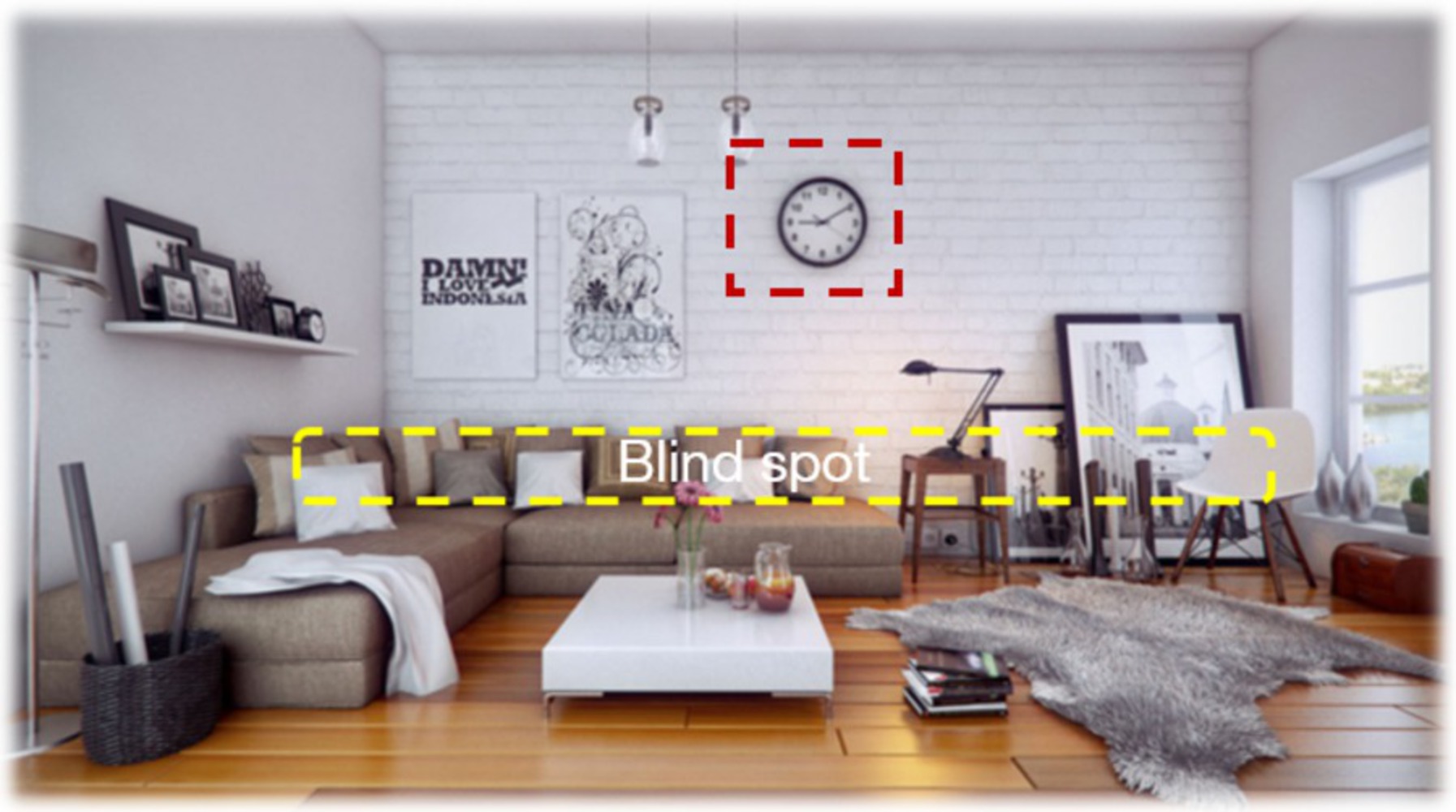 [How does your outcome relate to other work in the field? What makes it similar or different to other objects of the same genre? How have other objects failed to solve the problem you have identified?]

Generally, wall clocks do not have a similar issue because they are placed on the top of the wall, so we can see wall clocks easily compared to table clocks. Nevertheless, it also has blind spots depending on the angle of vision from time to time. For example, in the Image, people in the space marked by yellow box are hard to see the wall clock. When it comes to table clocks, there is no product to provide availability that we can check time in a different direction.

[Include sketch with as much details as possible, like: approximate dimensions, materials, layers, textures, colors, and aesthetic influences.]

[What influenced your design? Is there a specific style, art movement, or natural phenomena? Include at least one example. Can be a still image, video, or music.]

The function of submarine scopes, and the dinosaur embracing the function properly

The mechanism of submarine scopes is applied to the design and function of my clock. The scope provides indirect vision through reflecting mirrors. Therefore, the concept of the scope helps me to create the clock, which offers a multi-direction vision. The scope generally consists of two short tips toward opposite directions and one long pillar. When I was looking for an inspiration for my design being capable of including this scope function, I came across the picture below. I found a long-neck-dinosaur-shaped action camera, I figured out the shape could fit my clock design due to its long neck. 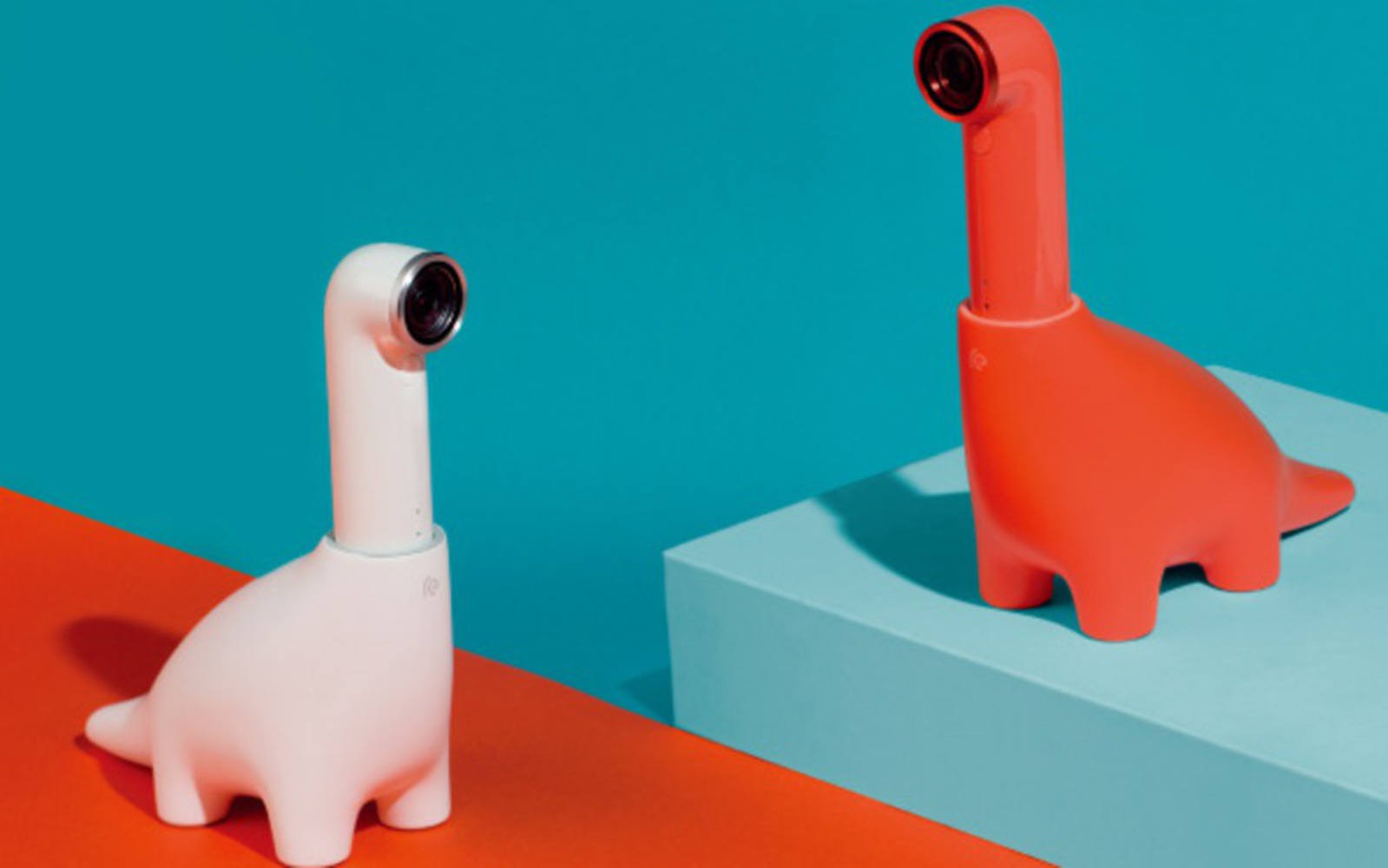 [Outline your approach to the project. What steps did you take to design, model, sketch, and prototype this projects? What ideas did you generate and how did you refine or reject them? How did you use cutting, etching, scoring? What challenges were encountered and how did you resolve them? Include photos of prototypes, redesigned sketches, design worksheets, and failed trails.]

Overview : My first idea making the clock was to create a dinosaur body having volume. But, as I went through a laptop holder project, I figured out that the laser cutter was not a tool for making a body having volume. I moved to my second plan to make two body plates that were going to offer room for the clock and the mirrors. I decided to place the clock on the belly of the dinosaur, and to insert rotating poles holding the angle-adjustable mirrors to reflect the clock toward different directions.

Body : I used the spline function to project the body of the dinosaur. During modeling in the Fusion 360, it was not easy for me to handle the software, so I rejected some details. Also, I tried to introduce the Slicer application for my design. I even created a prototype body with Slicer, however, I rejected it in the middle of the process because it did not provide enough space for the clock between layers. In terms of materials, at first, I was planning to use wood-boards for my bodies, but I chose a mirrored acrylic and a transparent acrylic for my body plates to make the clock visible and get aesthetic.

Hole&Joint : I selected round-shaped poles because I wanted to adjust the angles of the mirrors freely. I drilled three holes for the poles and carved joints for the clock plate and a support pillar in the tail end. Each joint and hole are glued by an acrylic adhesive.

Clock plate : I got the dimension of the plate according to the length of clock hands, and I made a hole at center after measuring the diameter of the clock kit tip. I utilized engraving function when I made the numbers on the clock. I outlined the numbers with the engrave mode. 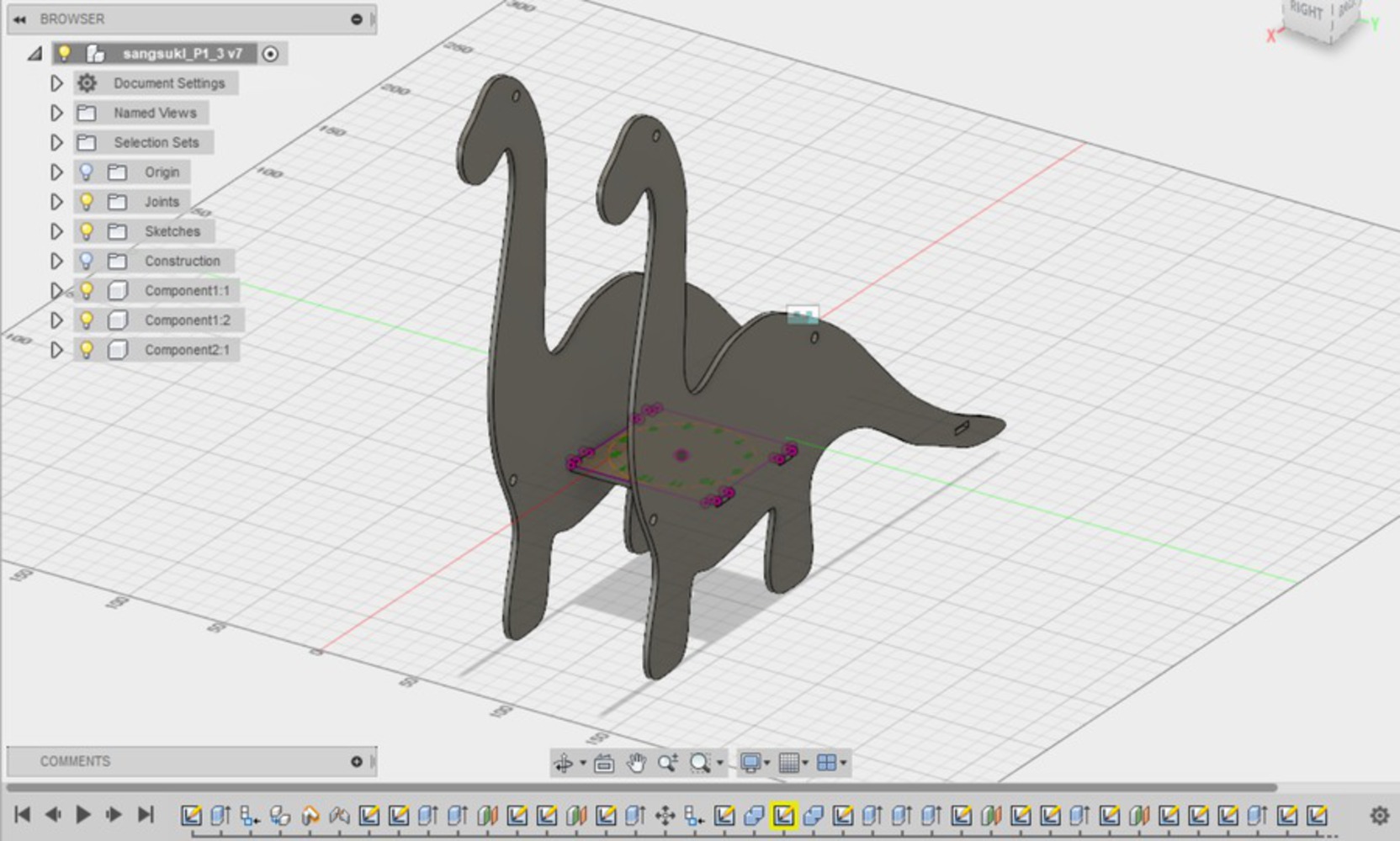 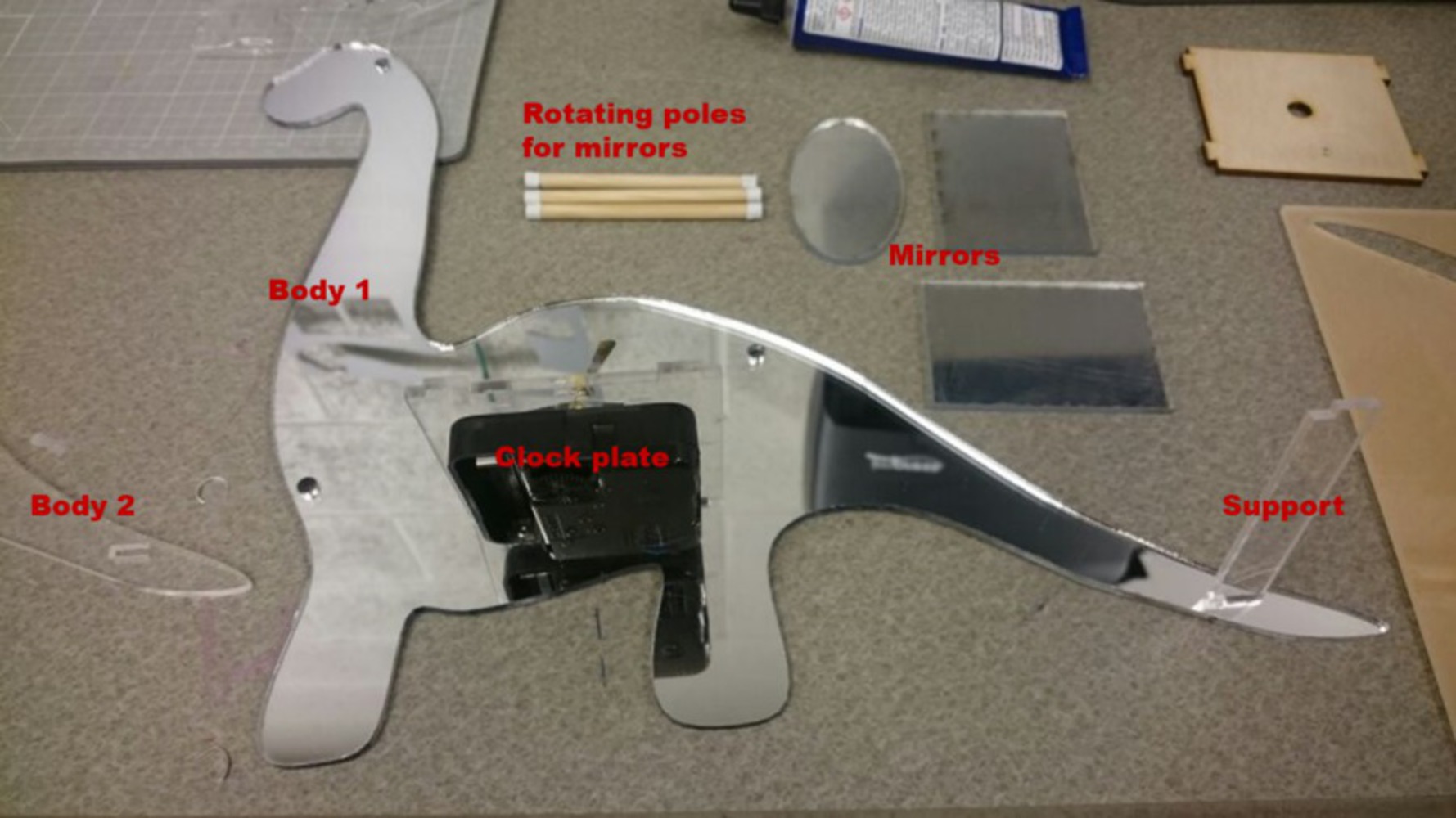 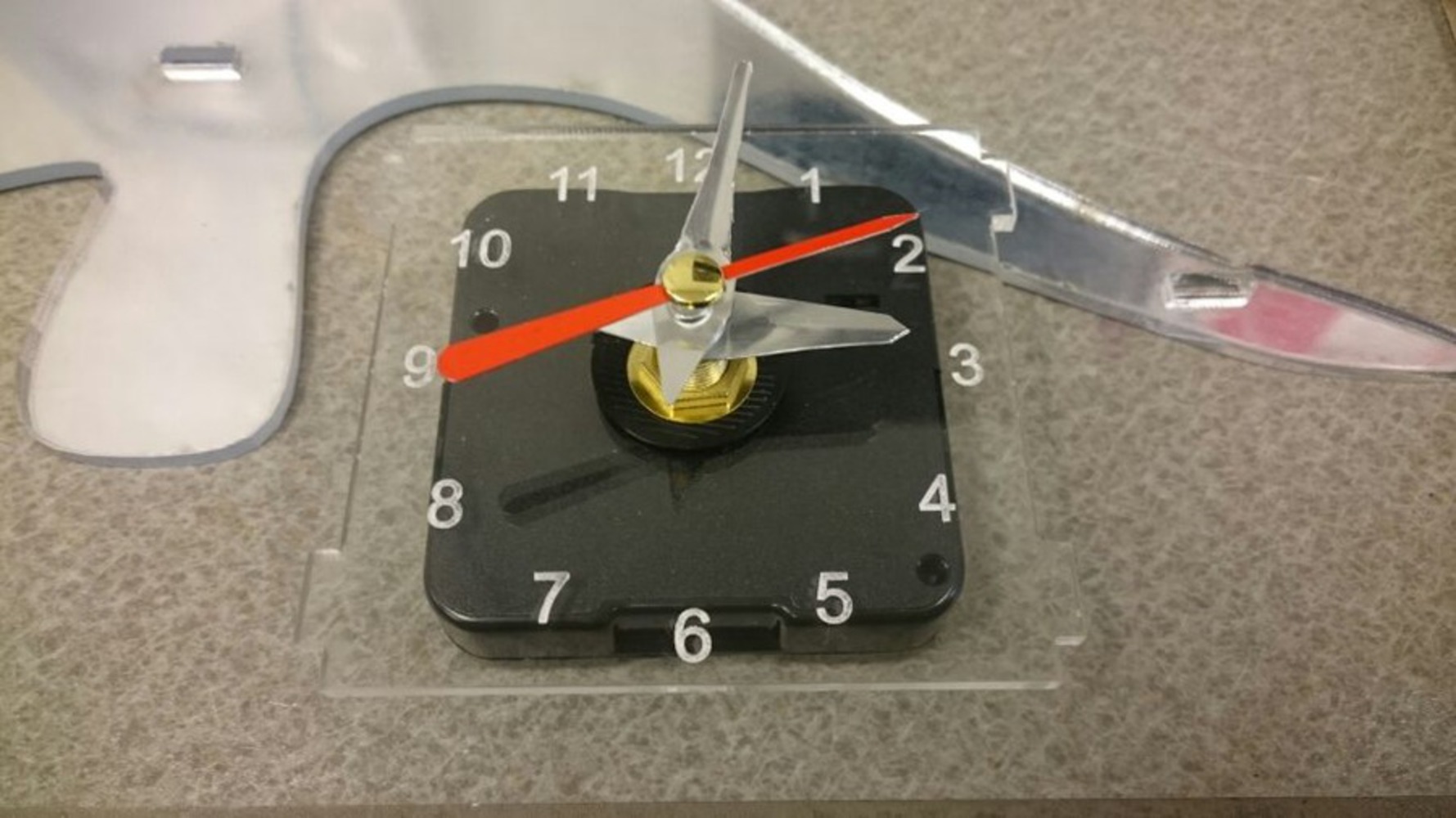 Image1 The clock doing photosynthesis on the grass field 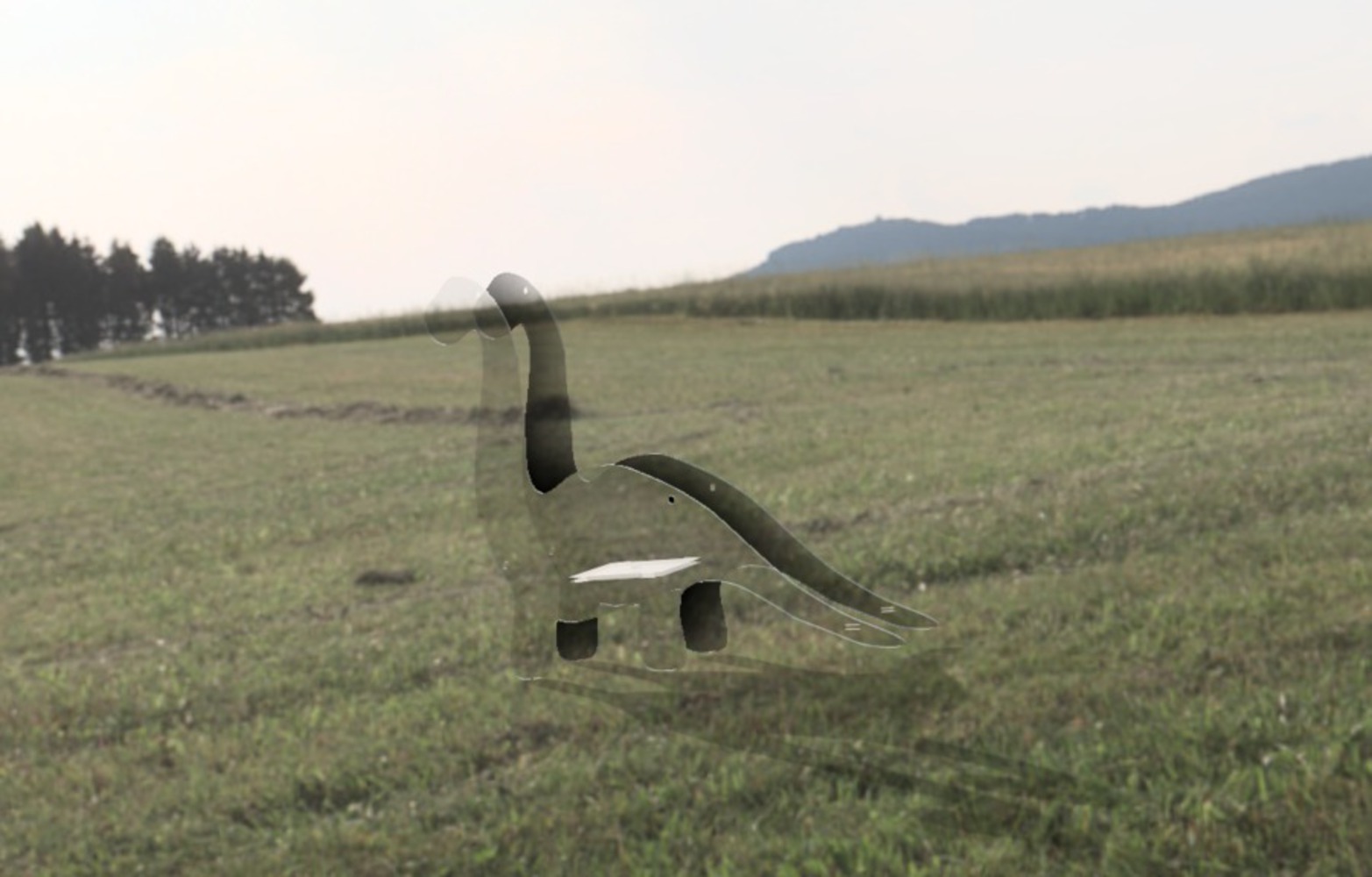 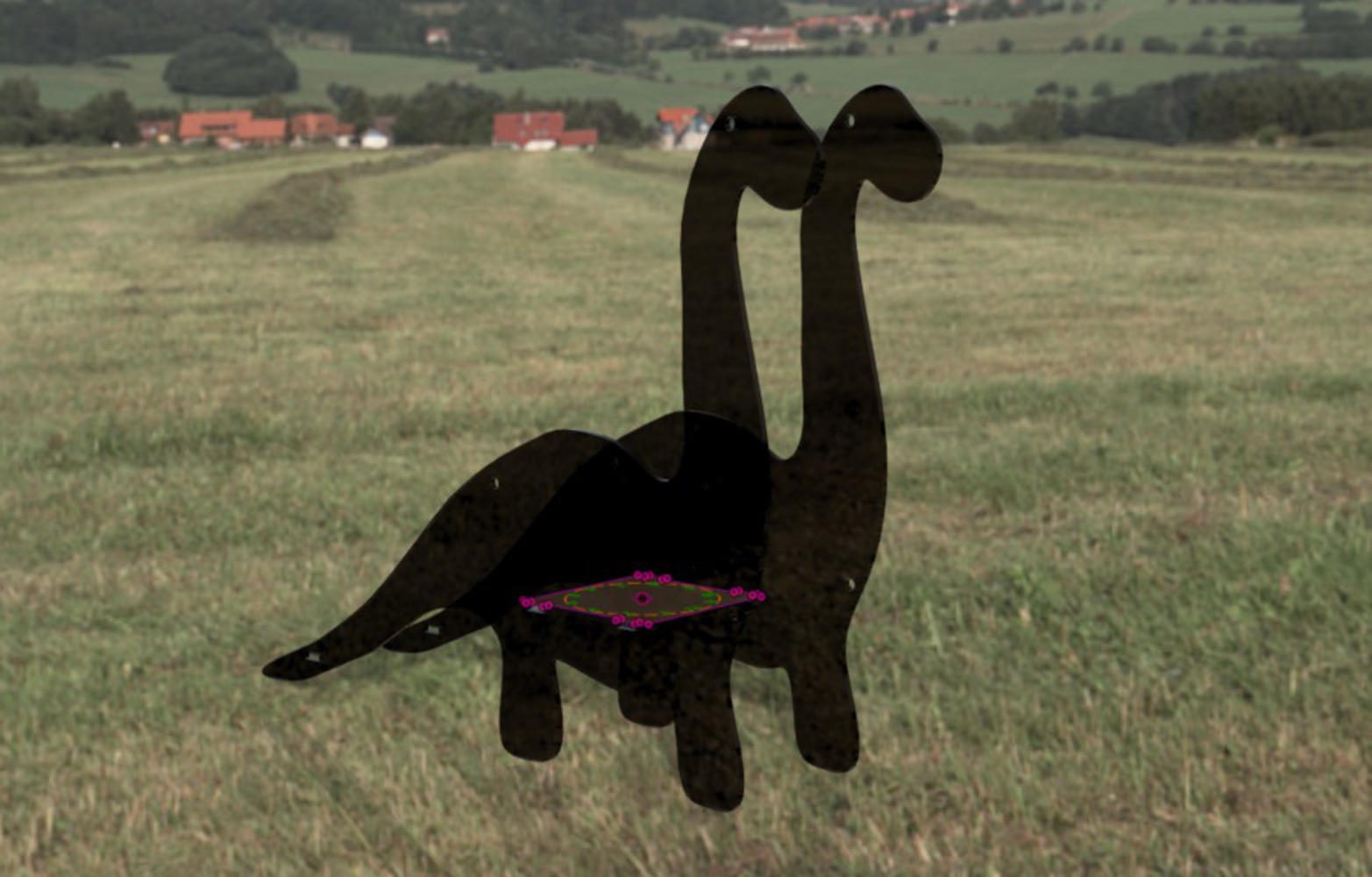 Image3 Camouflage with the help of the mirror

Image5 The clock on the office desk 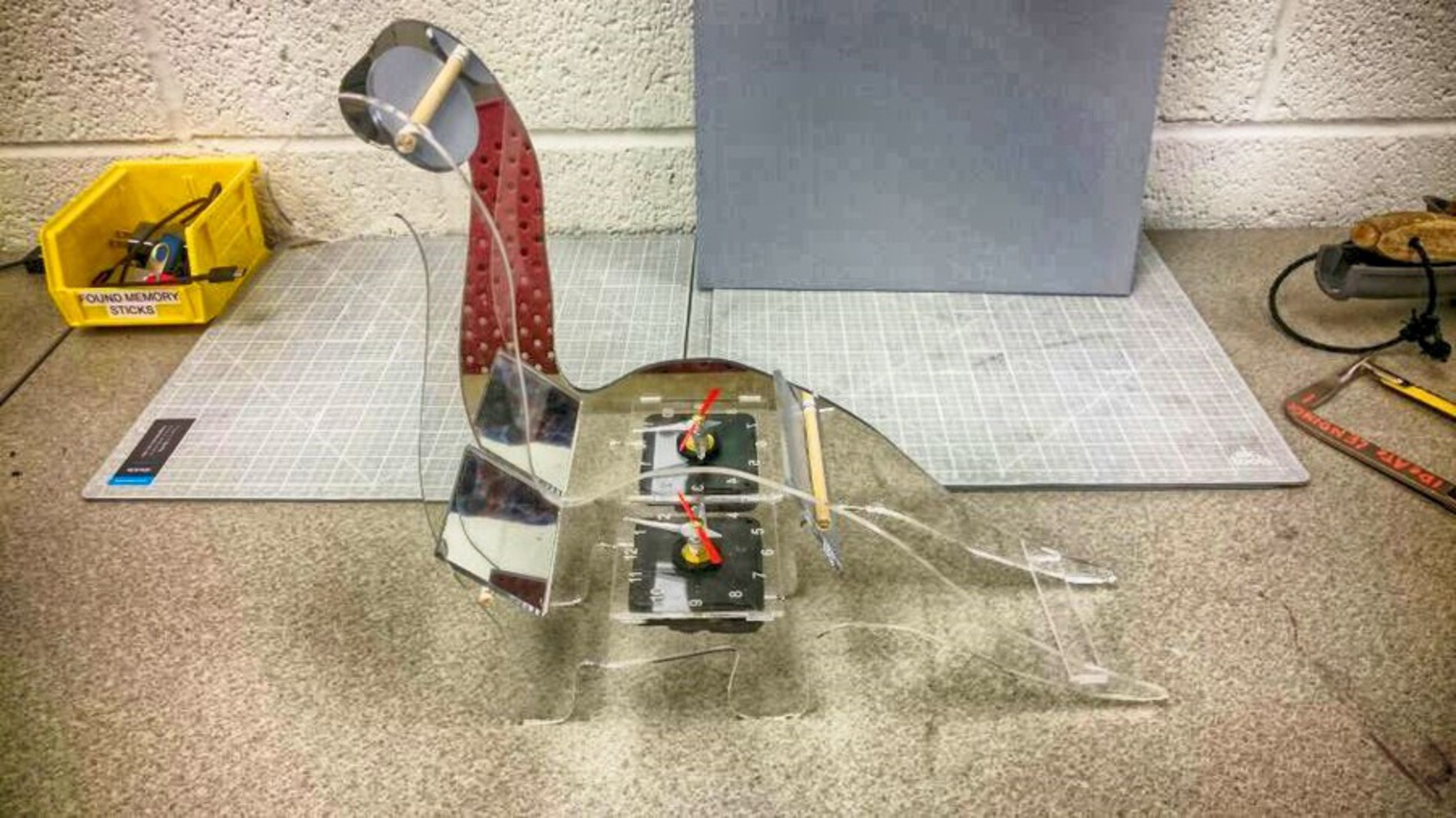 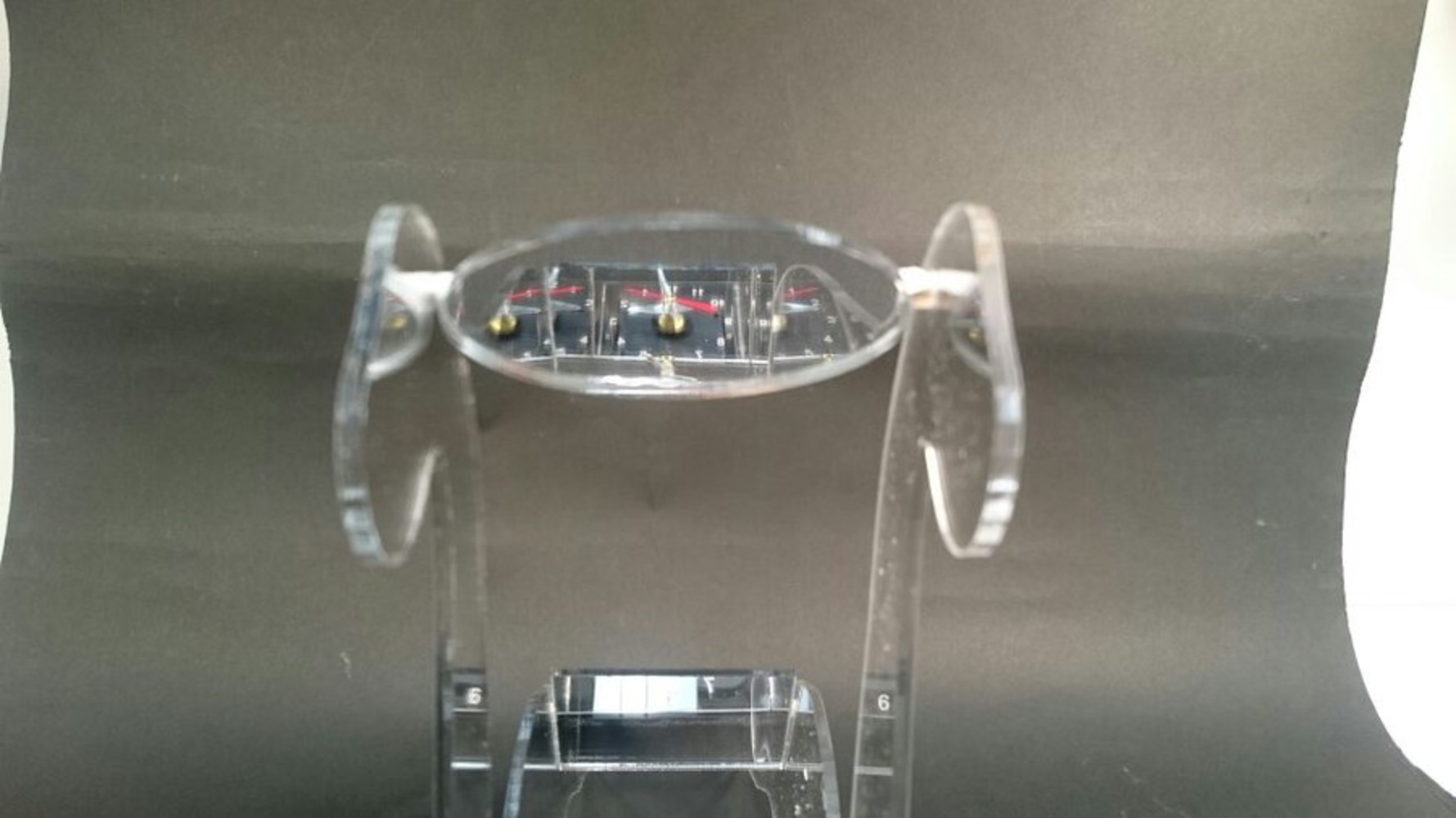 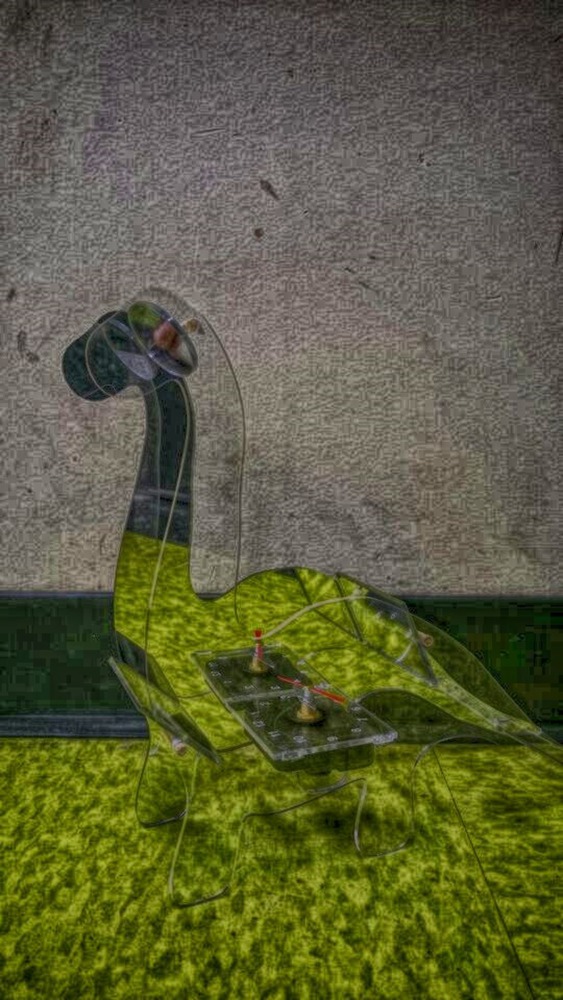 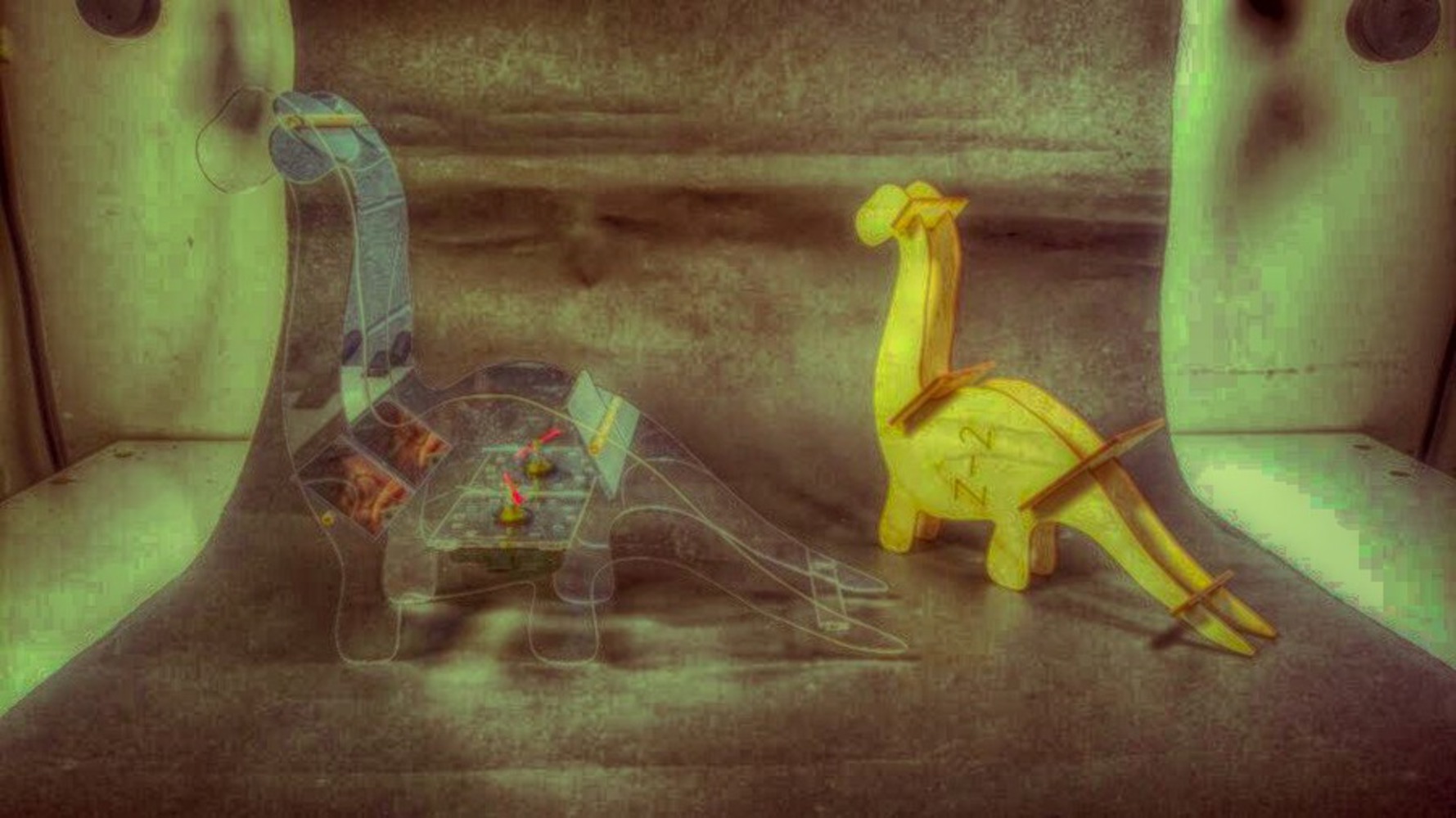 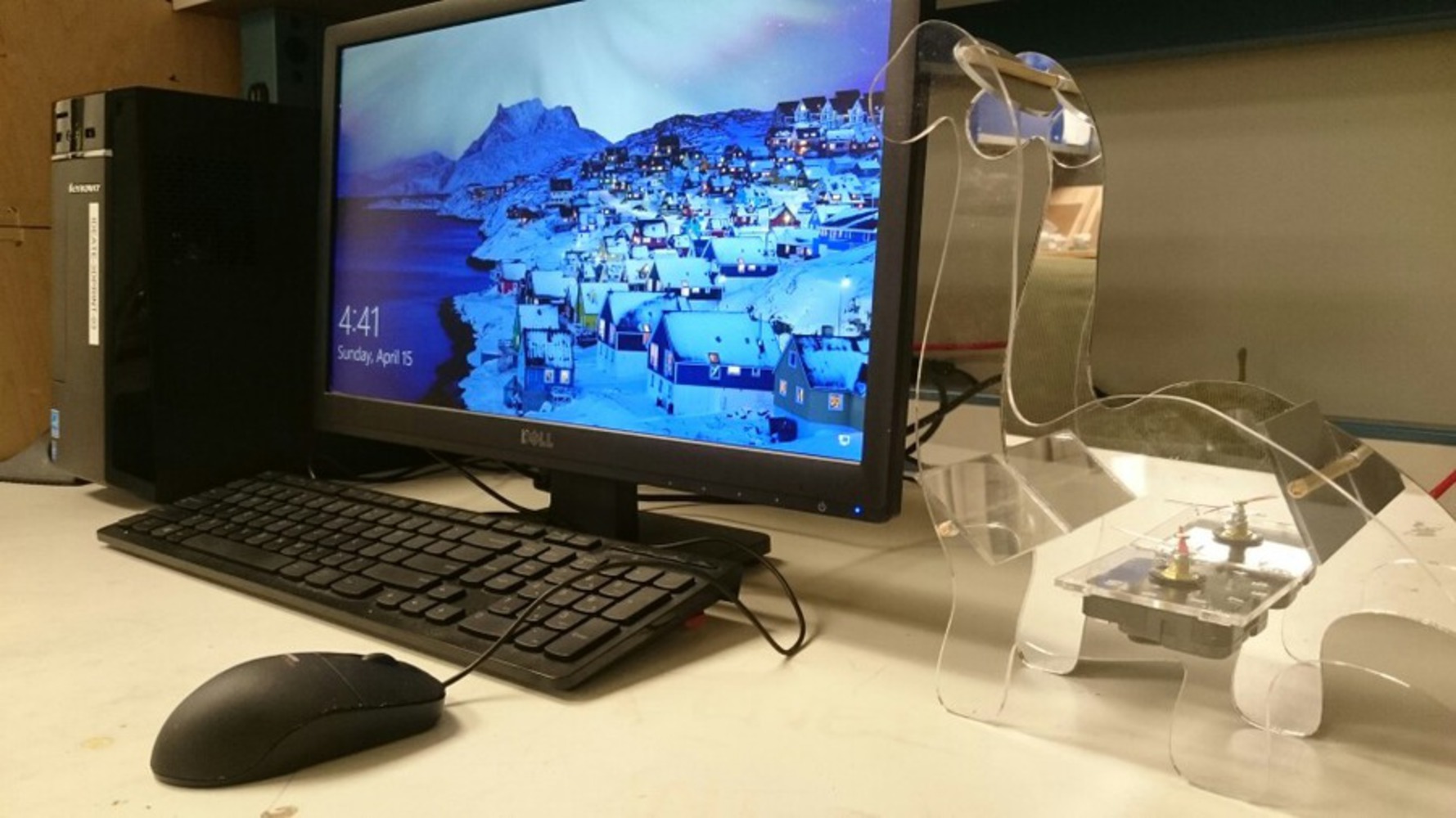 [Reflect on the process of making this project. What did you learn? What would you do differently?]

My main intention was making a clock that I can see from multiple directions. I think I reflected the intention well by introducing mirrored materials. I can tell I did pretty good in the selection of material. I am able to look the time in front, side, and back of the clock through mirrors. Also, I have learned a new skill of using the Slicer. Trying it was pretty fun and I think I can utilize it in the future in the different project. On the other hand, when I completed making the clock, I have found out that the color combination could be better. I have realized that I need to make a plan for color in the first place. In addition, I used glues, and it left some stains on the clear acrylic. If I were more careful to use glues, it would not be stained at all. Lastly, I needed to make the size of the clock bigger. When I see the clock through the front mirror, I am able to see the time, but it looks too small, and thus, it is a little difficult to look at it from far away.

To solve a problem with a mirrored clock