Head in the Clouds

Made by Russell Orlick, Kthies, Alex Wang and Elizabeth Han

An immersive LED experience that captures and enthralls travelers in a cloud-based environment. 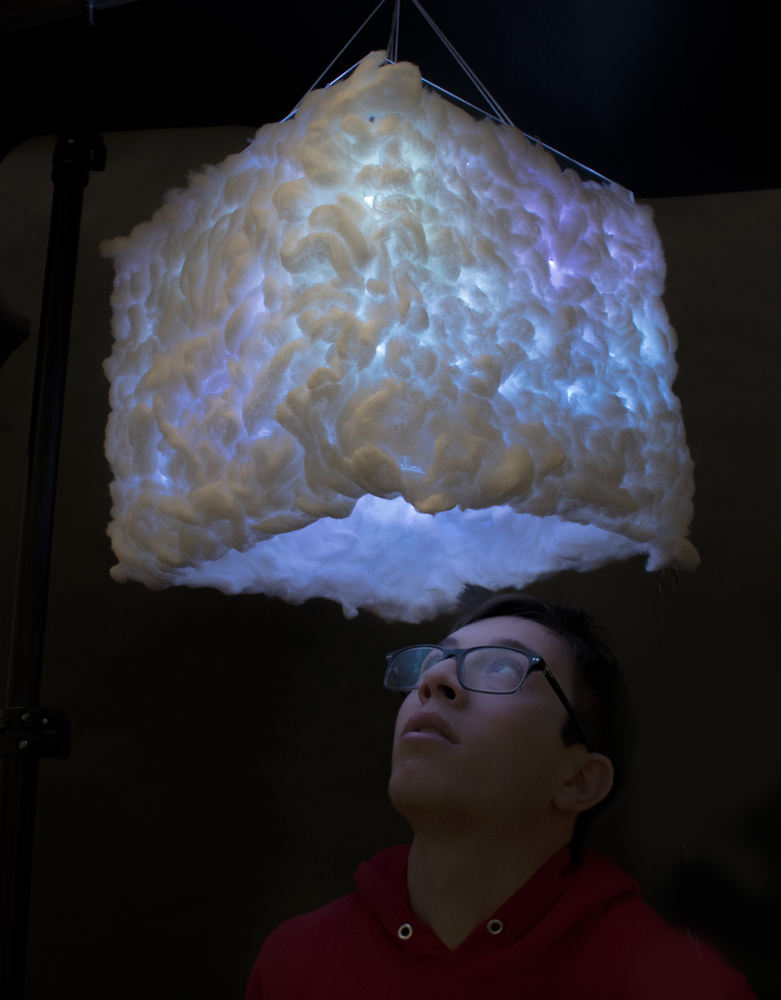 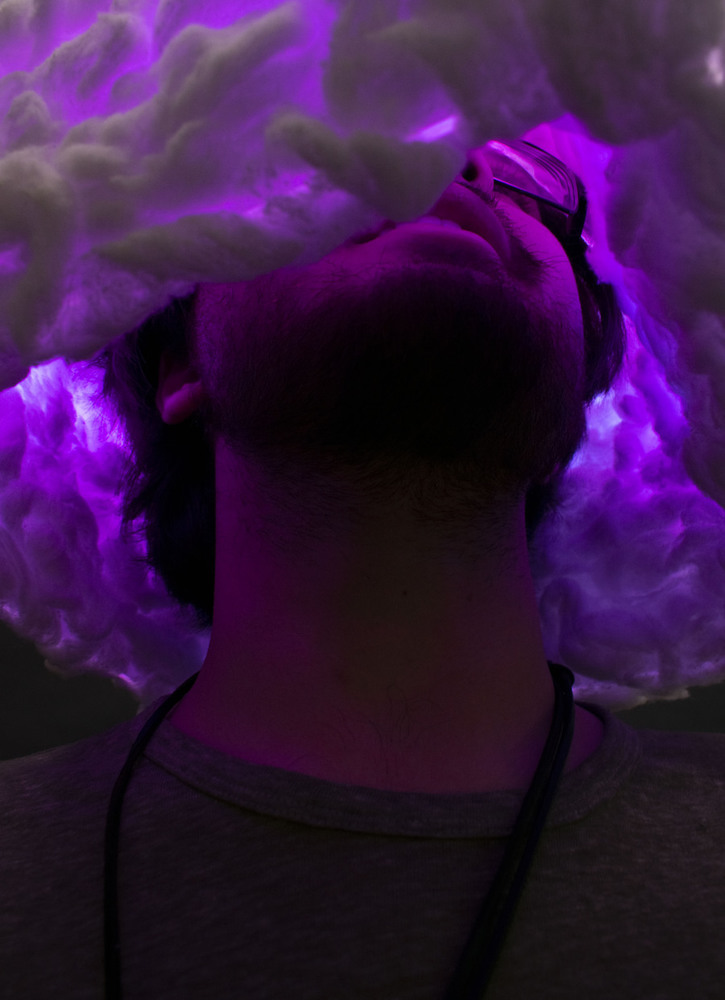 The immersive installation enables airport travelers to experience a personal and connective LED adventure. The team wanted each person to experience a unique world when they entered the box, but be drawn into the individual world by LED shadows from all of the boxes in the atrium. 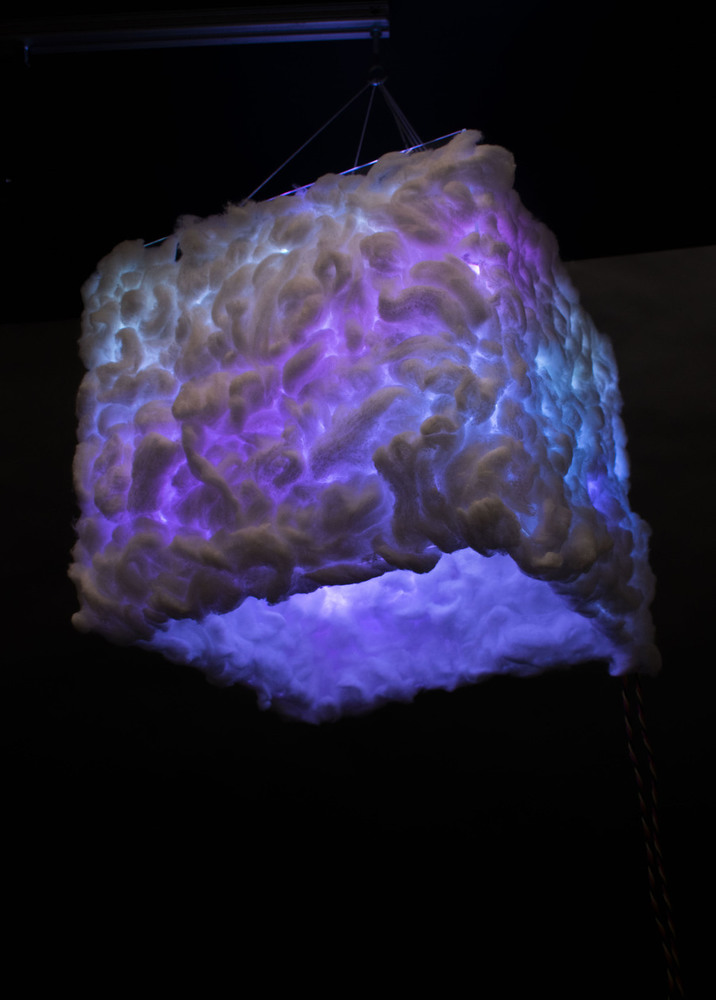 The individual experience is unique for the installation. The user has to almost duck into a hanging box, and, when he or she is head enters the box, the LED's glow underneath a blanket of cloud-like material. The “cloud” material diffuses the light into an enthralling glow, and allows for the wave of LED colors to flow around the material. The typical colors are soft blues and purples that are capturing and soothing. The user can experience this in anyway, but the team imagined the internal installation as a wave of clouds that envelop the user. 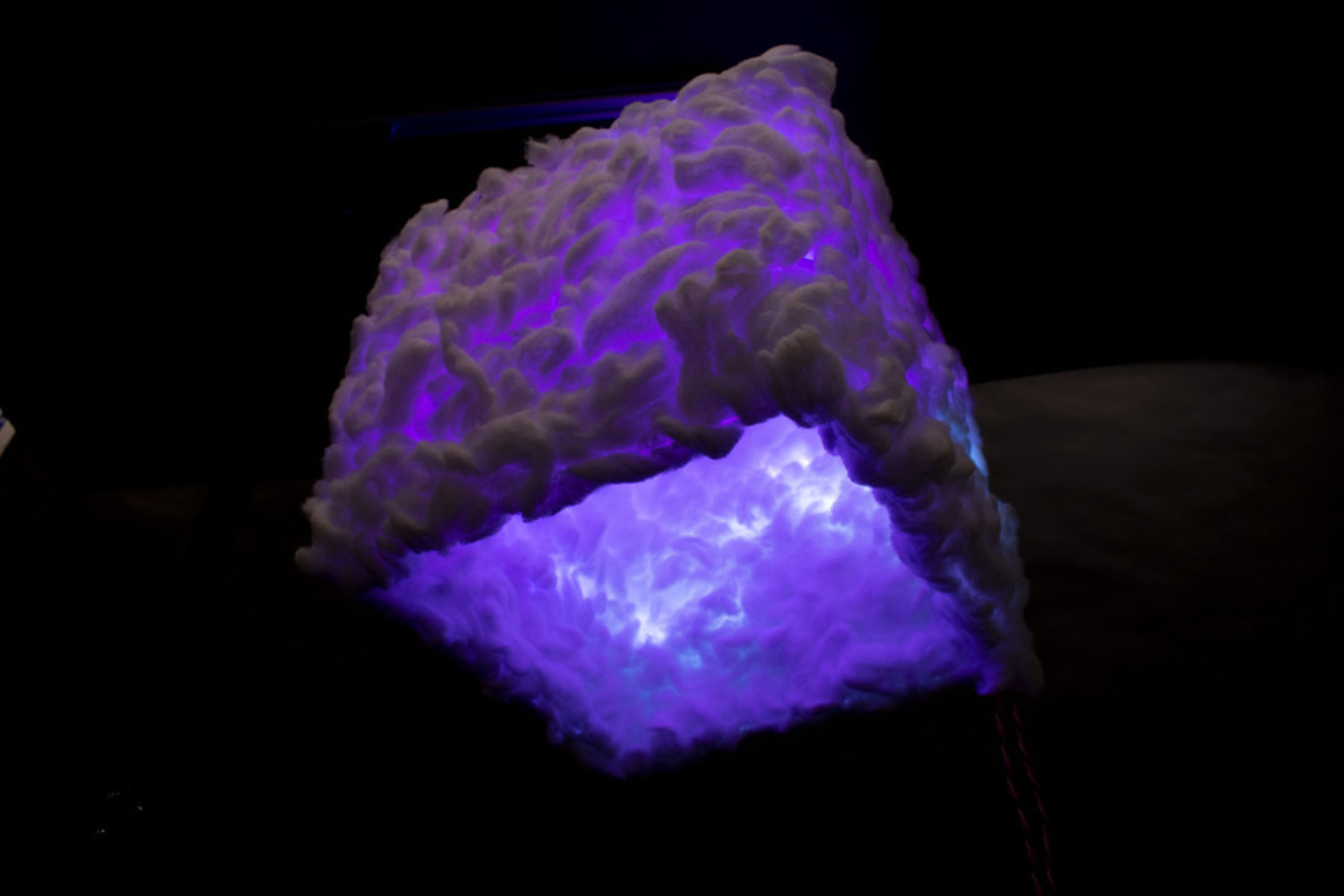 The outside of the installation is a mysterious, engaging element that dims the LEDs, and emits a soft shadow of the lights on the surrounding ground.

The structure of the box are acrylic panels which allow for light to pass throughout the structure. Thus, the outside of the box was covered in the same material as the inside of the box to diffuse light, but also engage travelers.  This allows for users to touch and look at a dulled experience before entering the immersed, cloud world.

The team's thought process throughout the design changed dramatically. The vessel to deliver the clouds changed a lot, even though we wanted to keep the idea of a cloud-based structure.

The team initially was thinking of an abstract arch that proudly displayed the clouds. We wanted the structure to alter color by physically changing tension throughout the structure. However, the team deemed the arch as childish, and the physical manipulation of the structure was too hard to prototype.

The outside of the final idea changed the most during the process. We initially wanted the outside of the structure to be a clouded acrylic box that diffused the light. However, due to material and construction constraints, the team decided to emulate the inside of the box to flow onto the outside of the box. This allowed maximum diffusion of the LED's on the outside, and acted as a "pull" to travelers to touch and look at the installation. 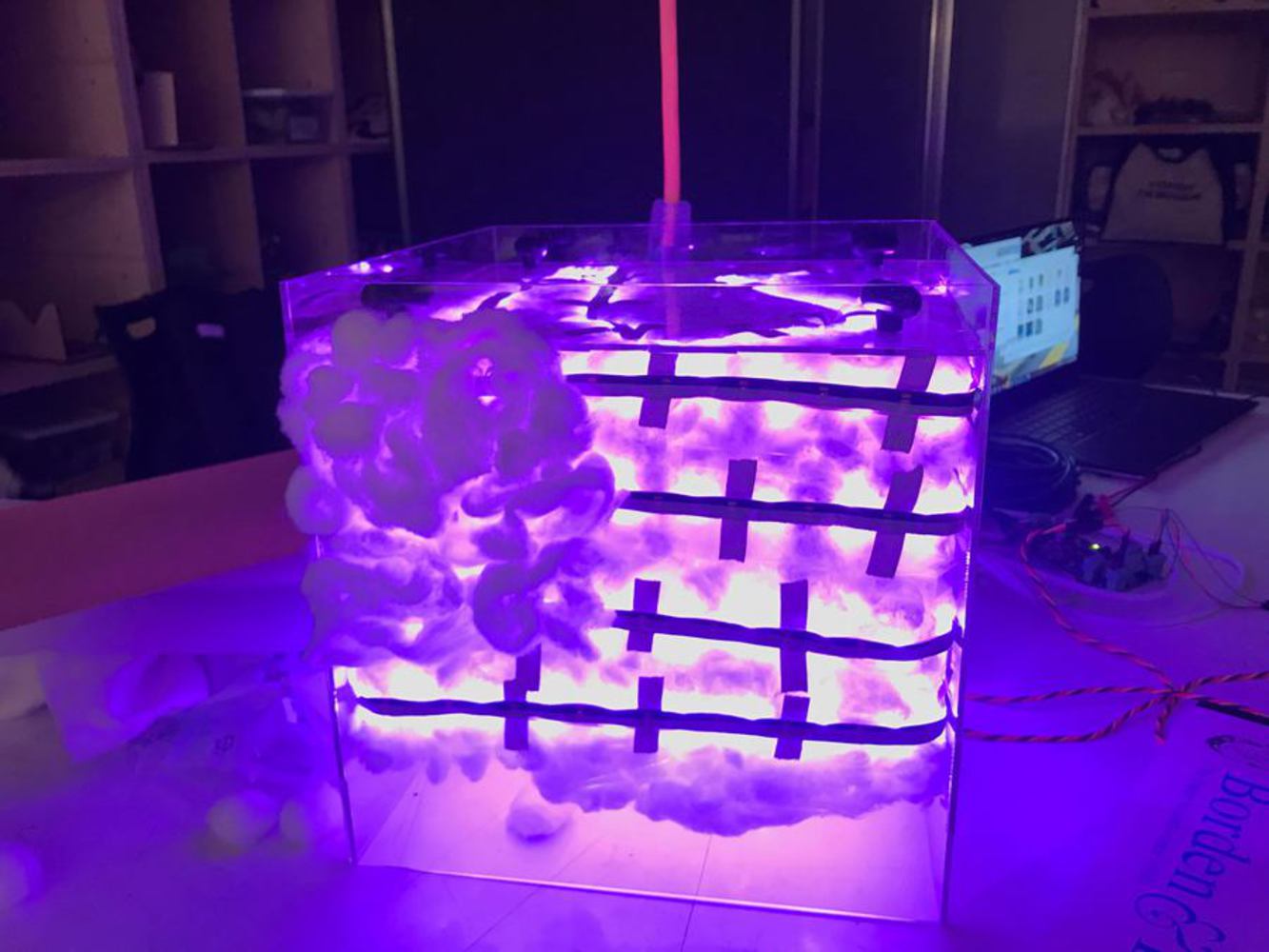 Shown below is the Touchdesigner program used to create the LED patterns. The LED's were connected to the program by Ethernet and DMX.

The program is available by request. 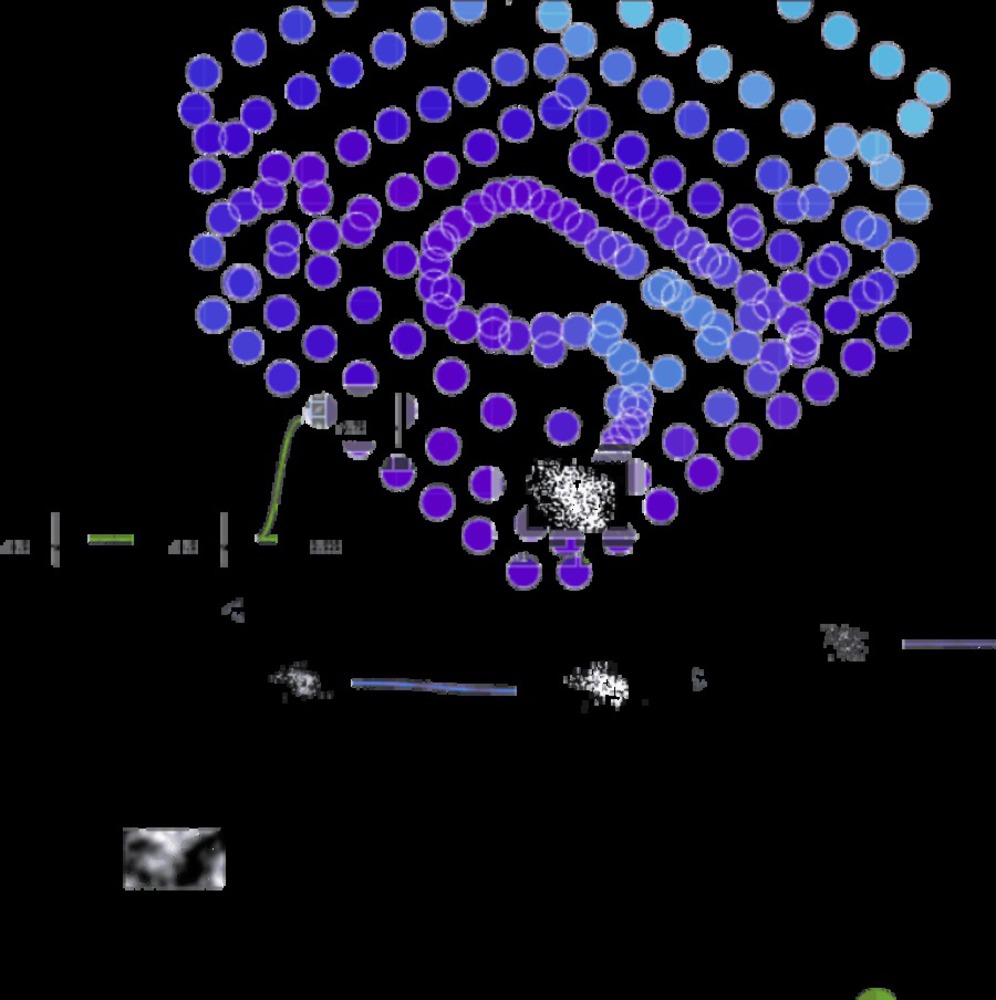 Wow! This project is so cool!

An immersive LED experience that captures and enthralls travelers in a cloud-based environment.