We explored the use of metal shaping tools, hammer and dolly, specifically the shrinking hammer and heel dolly.

We explored the use of the shrinking hammer and heel dolly. The shrinking hammer's meat tenderizer-like head is used to prevent metal from thinning upon impact; this factor is used mainly in auto body shaping and repair, particularly for motorcycles. The shrinking hammer allows for metals to curve without a rippling effect. The metal under the shrinking hammer gets pushed into the pyramid shaped gridwork of the head. After satisfactory shaping, the metal's resultant rough texture can be smoothed out by plastic filler or other metal finishing tools. The hammer's smoother business end is used for general shaping, and thinning out the metal. The heel dolly has a wide variety of angles and curves on it of differing degree. This allows for users to create an even larger range of shapes.

To fully understand the usage of these tools, we curved a sheet of copper with a 90˚ edge (pictured).

1. With the flat end of the hammer and the right angle edge of the dolly, hammer a right angle fold into the edge of the metal sheet. Grip the tool in your palm and strike the metal on the dolly with a steady overhand motion. The dolly should be on a table where the surface discourages sliding.

2. Using pliers, apply regular concave and convex dimples along the folded edge. This will begin to curve the larger plane.

3. Set the larger plane of metal onto the curved side of the dolly, and strike the surface with the stretching side of the hammer. This will stretch the metal so that the curve becomes permanent.

4. Place the dimpled edge of the metal on a flat plane of the dolly. Use the shrinking end of the hammer to hammer out the dimples.

The resulting form should be a gently curved panel with a right angle fold on one side.

After persistent hammering, we found that the shrinking process decreases the intensity of the original curve. Consequently, it would be more effective to account for the degrees lost in original design. 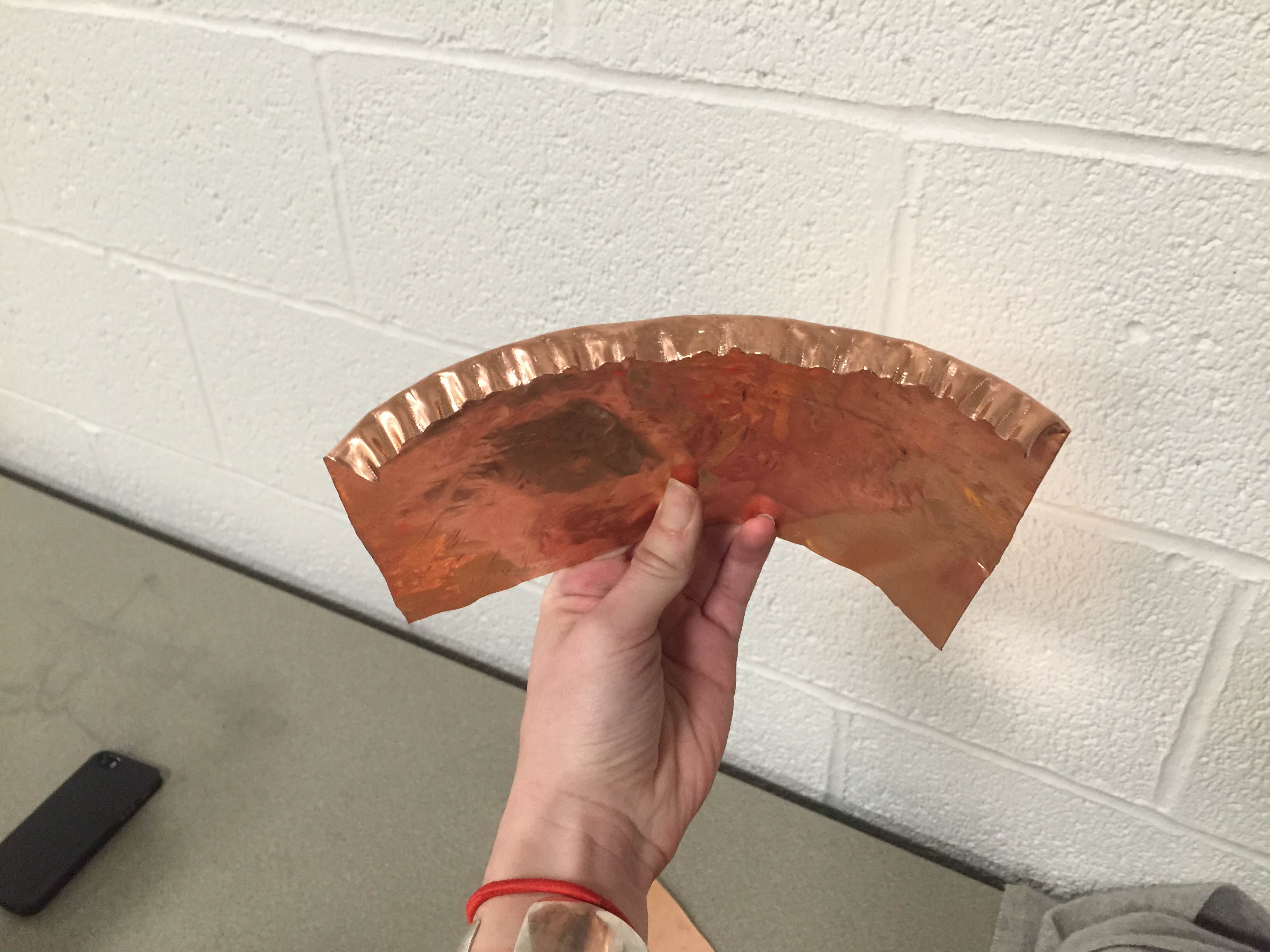 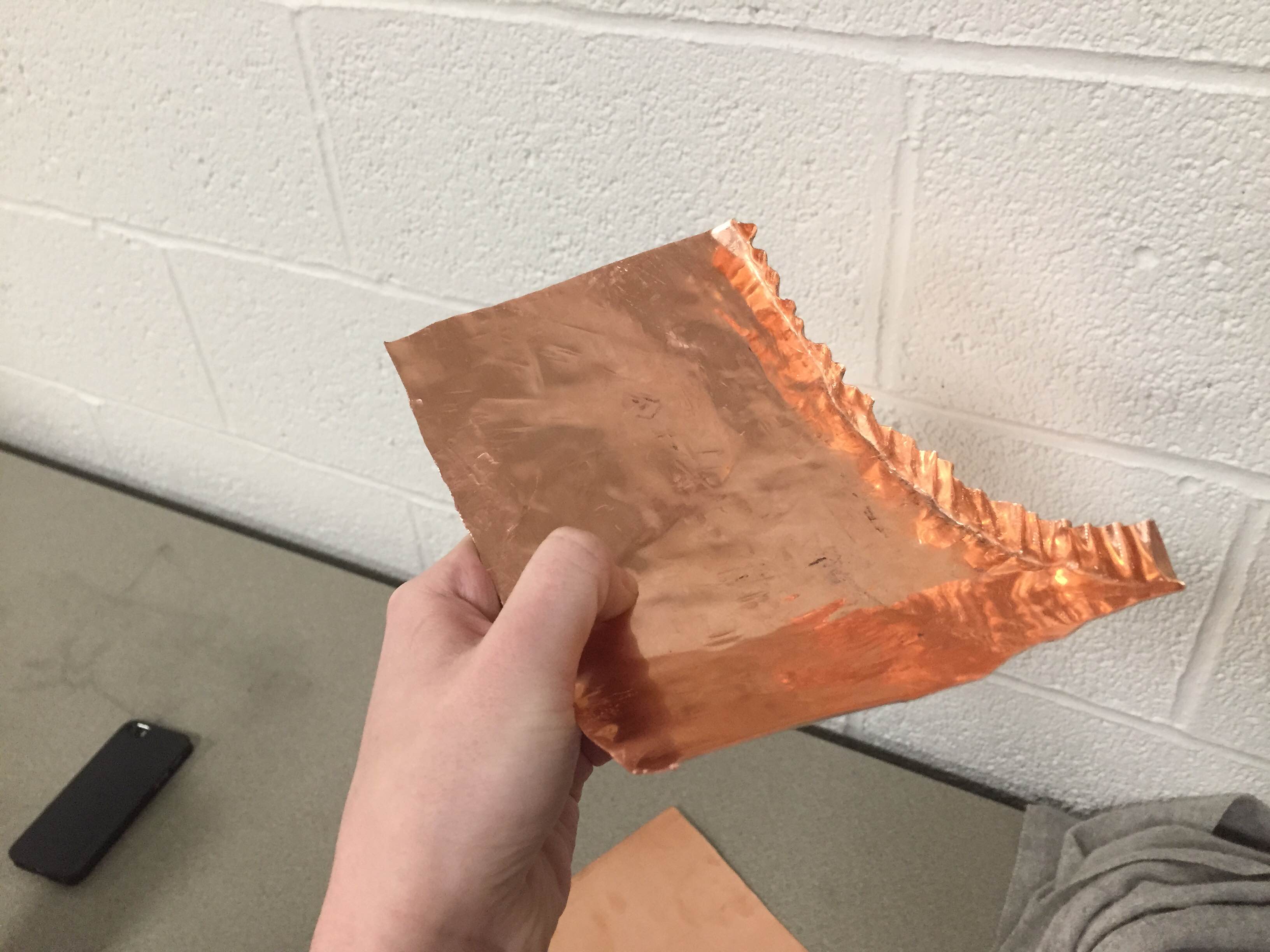 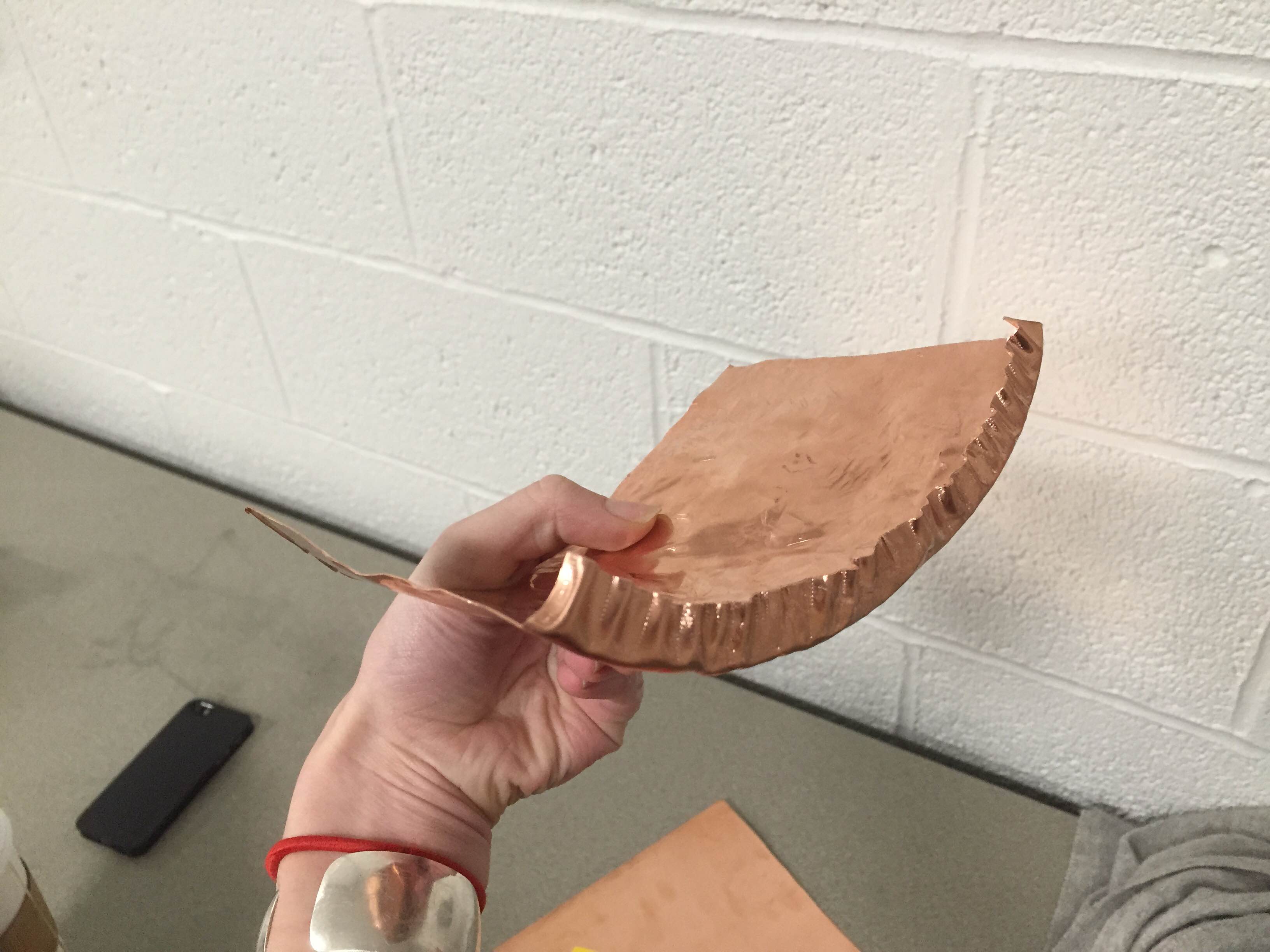 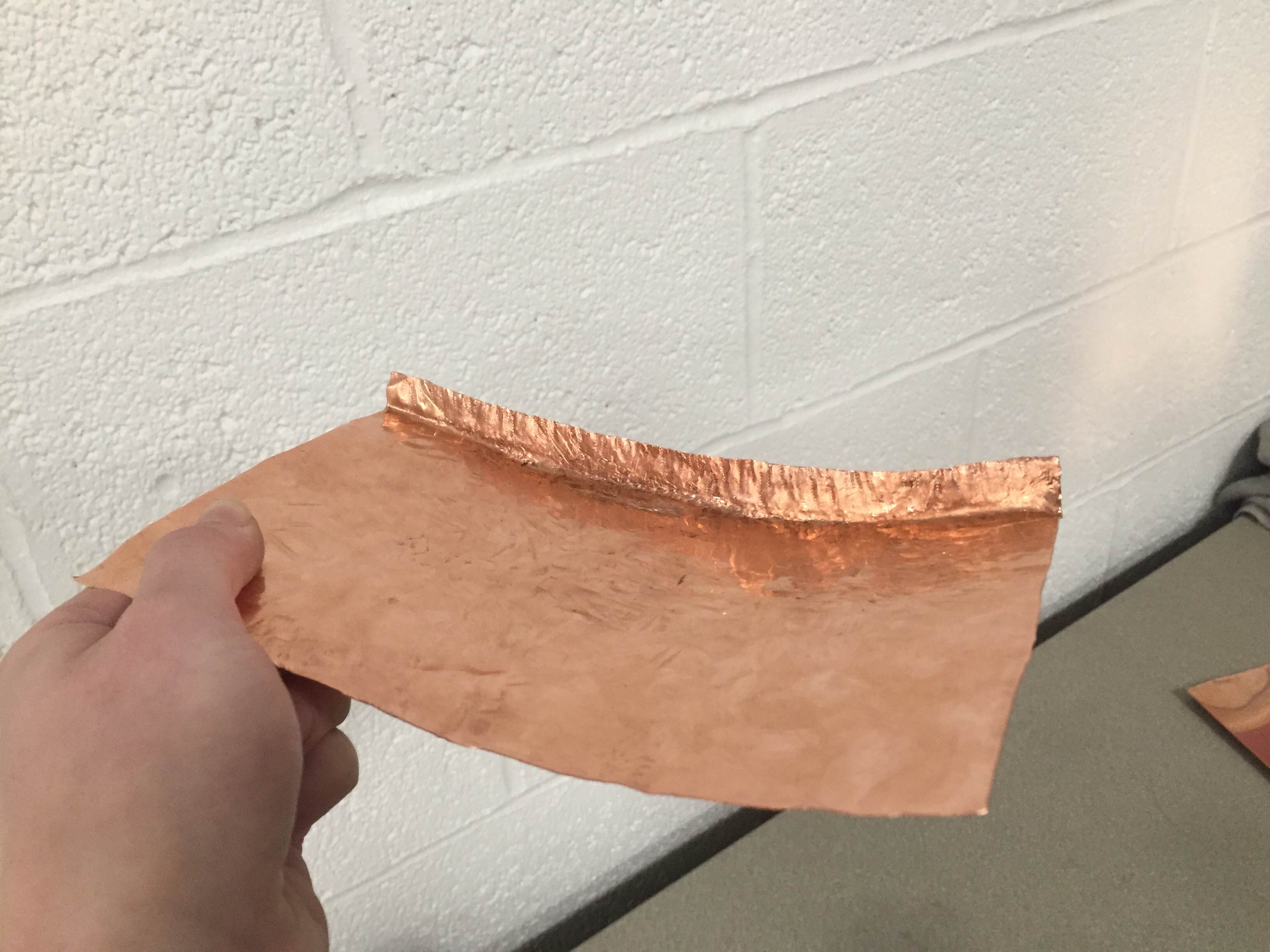 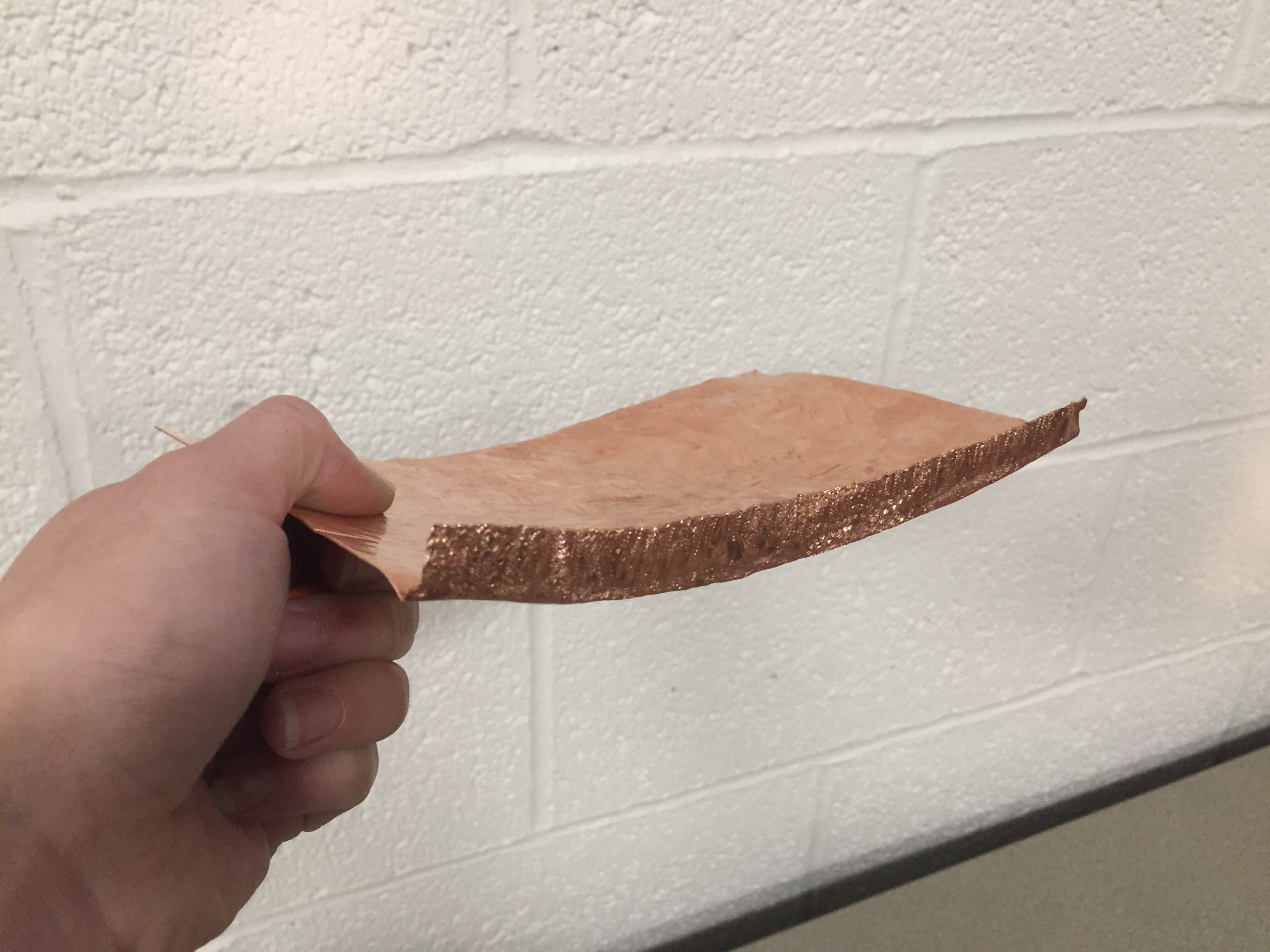 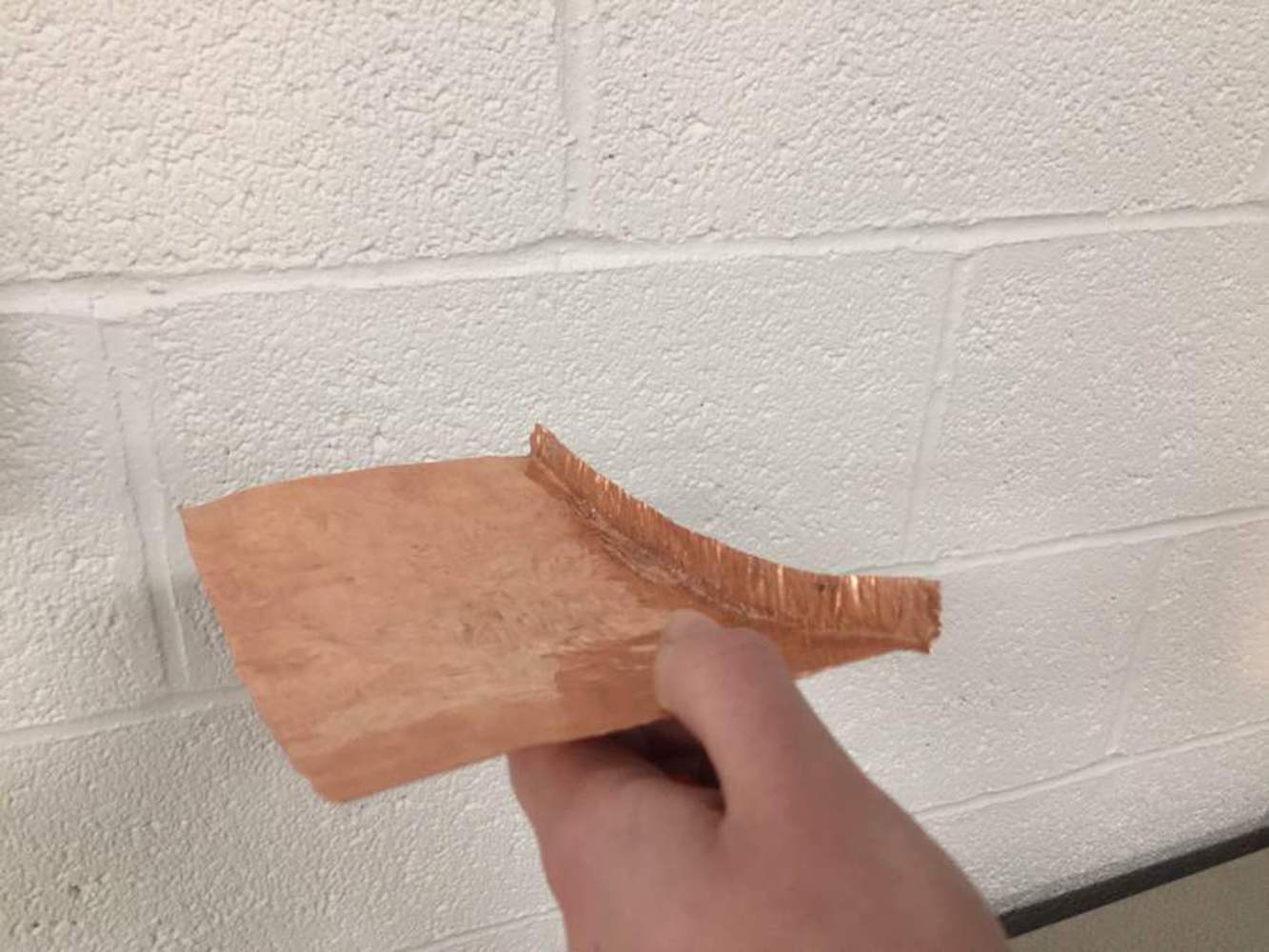 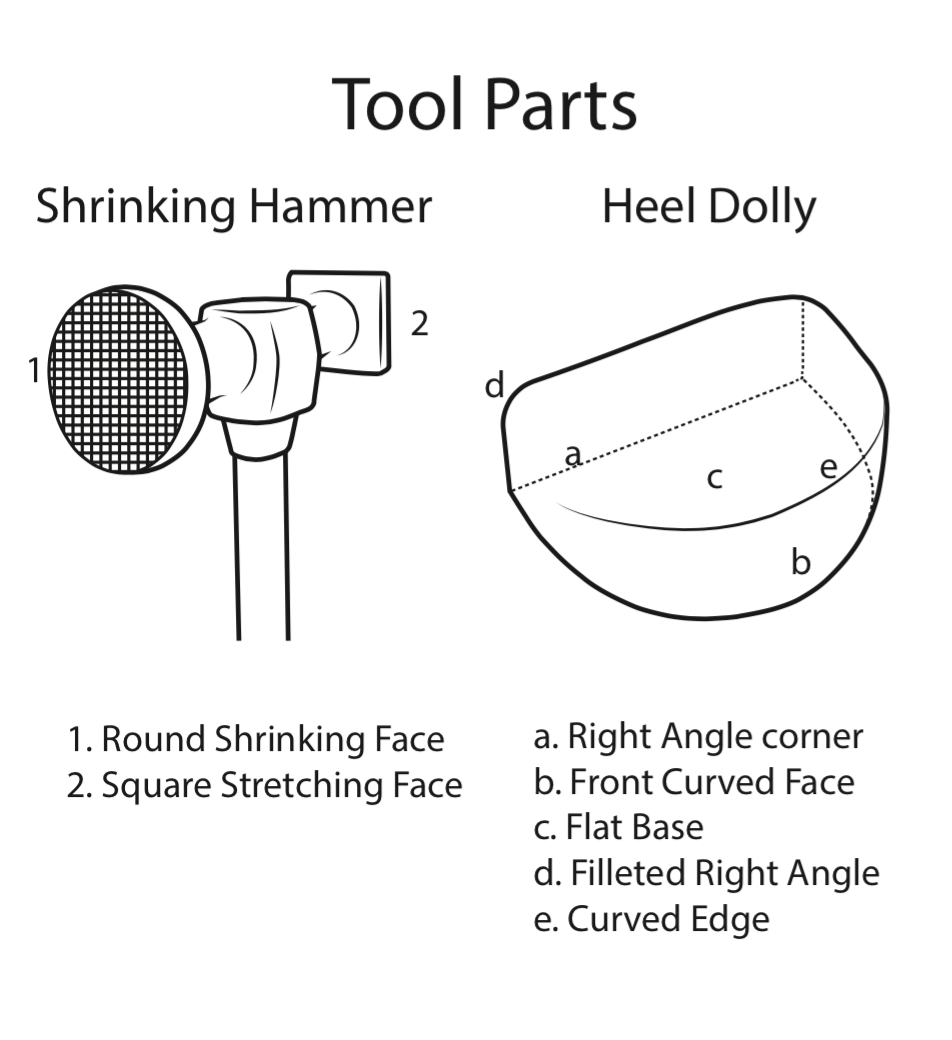 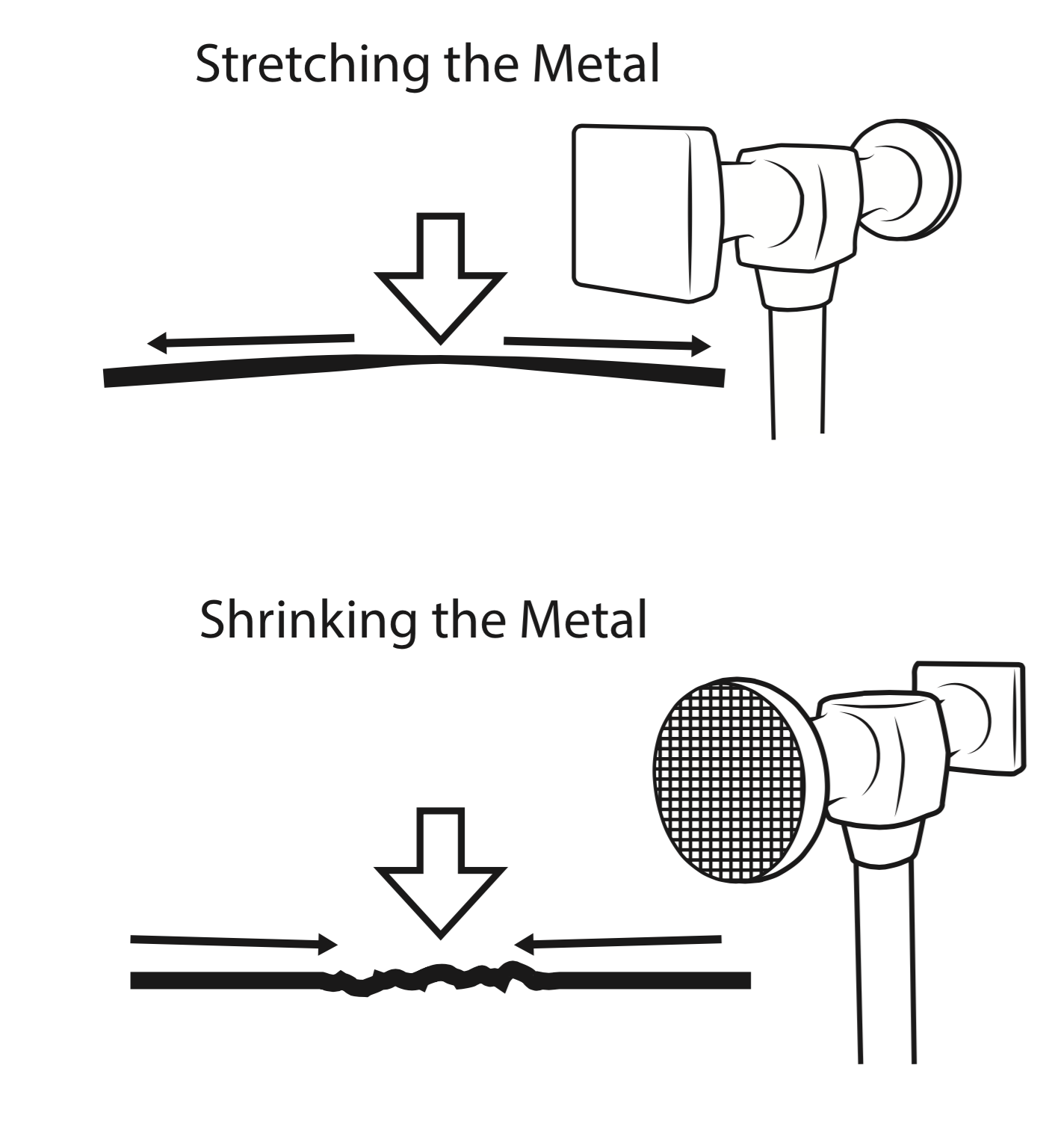 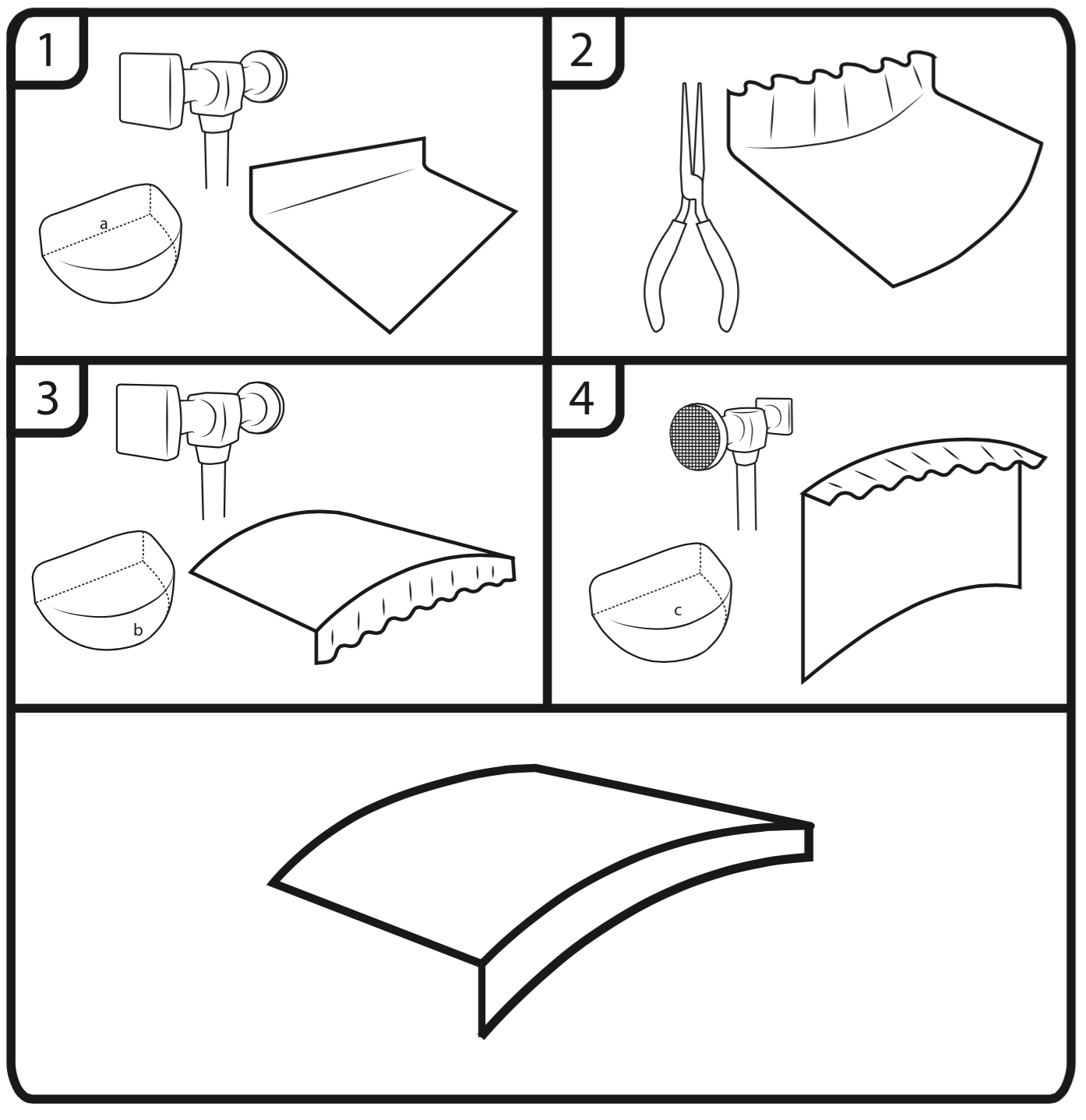 We explored the use of metal shaping tools, hammer and dolly, specifically the shrinking hammer and heel dolly.