Made by Aliya Blackwood

I am using my photo as a comment on the non correlating messages communicated through photos.

I would like to use an optical illusion for my profile.

I noticed during the discussion for the previous project, the presenters and the audience noted that people's images did not properly represent who they were. For one person's project, they examined peoples Timelines and noticed that people with bright, non-obscured photos, weren't any more likely to flesh out their virtual life records any more than who hid their faces from society. I saw that as an illusion... what you see isn't really what you get. Even when it came to people defining media as branding, I realized that we don't see the behind the scenes work. We just view Nike as a sneaker company, rather than seeing all of the sweatshop workers, struggling designers, exhausted workers that labor day in and day out to produce the basic plastics and polymers needed simply to make the shoe laces. The media we see tells us "Just Do It," while they do whatever they want in order to supply for the demand. In the same way people, almost advertise themselves in their profile photos sometimes wrapped up in a nice little picture that shows the people they love, or the pets they adore, or even the goals they strive for, but the audience does not truly see what's inside. We only see what the person allows us to see, and sometimes it's no different than an optical illusion.

People who will see the image will probably have fun with the it, since optical illusions are often seen as entertainment. It may surprise a few that I just replaced my image with something they may see as a game. The concept of making people follow an command without them being fully aware of the implications of that, such as the command to shake their head,  is also something I would like to discuss.

I chose an optical illusion that was relatively easy on the eyes so that I wouldn't feel as bothered while looking at it. It was also my choice to choose one that required the user to actively participate.  It took quite a while to find an appropriate illusion that wouldn't be nauseating. 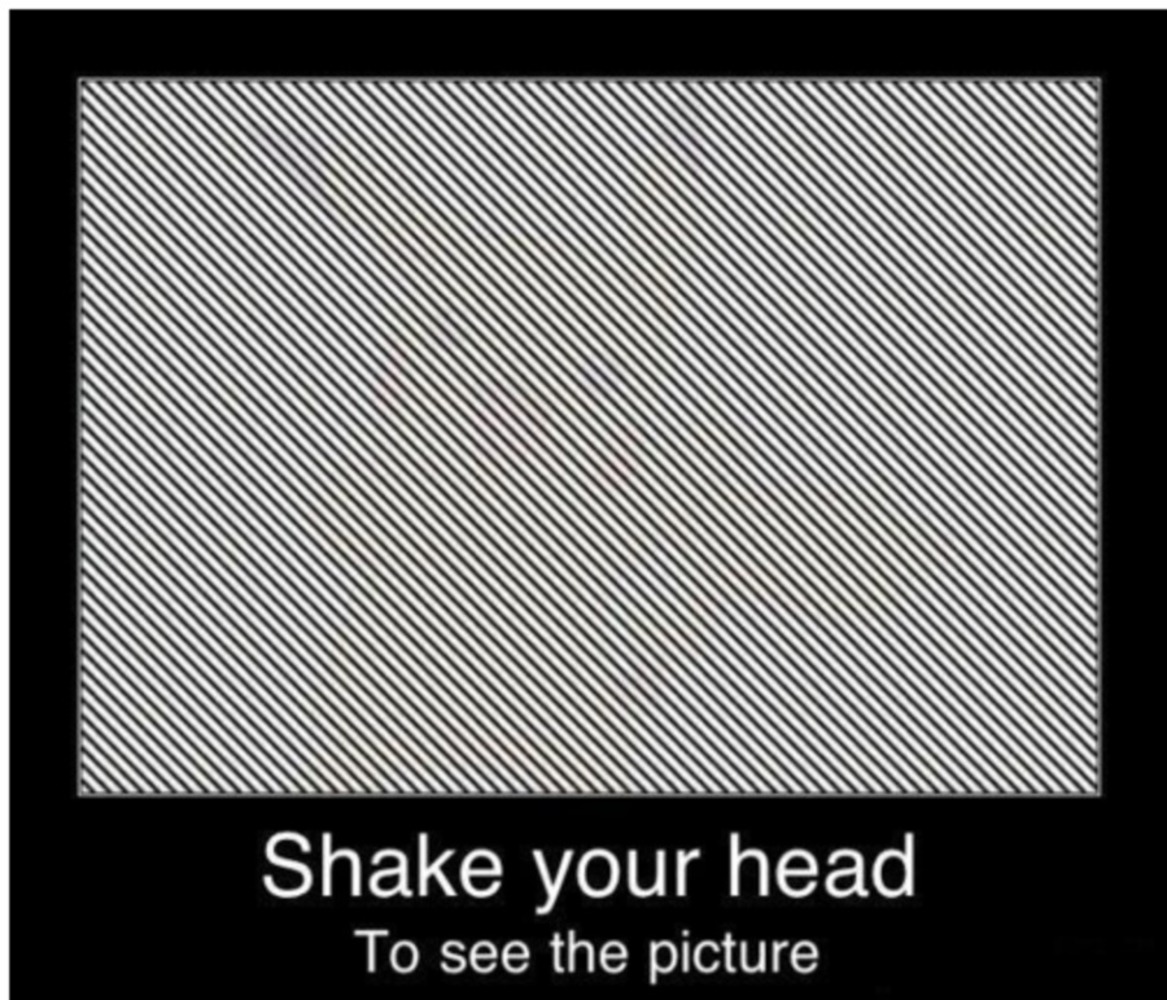 I set the chosen illusion as my Facebook profile photo and waited over two days, observing the responses to the image. I then asked people why they liked the image or why they reacted the way they did to my profile image. 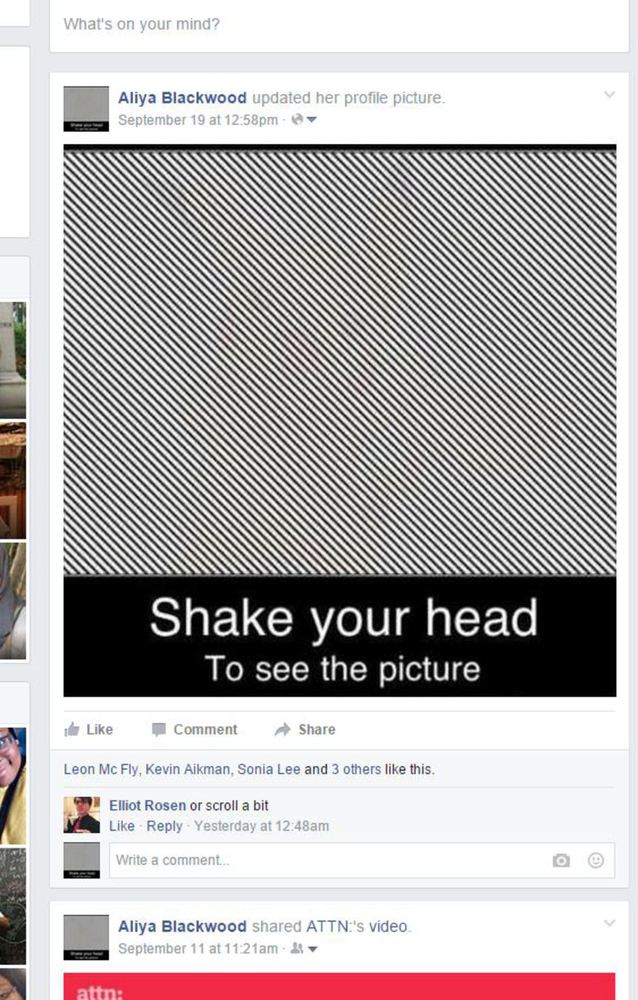 After posting the above profile picture, I received very few likes for the photo. When I spoke to some of my friends in real life, after randomly mentioning optical illusions, they either responded positively, finding the optical illusion cool, or they thought it was strange that I would change my picture from a generic selfie to a strange picture. Some even thought my account was hacked and immediately left my page. It took quite a while to recieve feedback for the image. It is possible that as my photo appeared on my friends' feed, they enjoyed it and moved on because of the multitude of articles, videos, and statuses awaiting them as they scrolled downwards.

I learned that a profile image can invoke a wide array of responses, from concern to enjoyment. It also interested me that despite the loop hole of simply moving the image itself instead of moving oneself, people got themselves involved in the interactivity of the image. It wasn't simply a picture, but something fun for people to do and enjoy together. They didn't know why I put this picture up or my motives behind it, but they received a completely different message than the one I intended to send. It was a very interesting process.

I like how you're changing your profile picture to something that commands others to act. The most interaction profile pictures usually generate is simply liking and commenting, but yours requires even more participation in order for users to even see your image. It would be interesting to see if the increased participation (shaking your head) causes people to "like" the image because they were involved in understanding the picture, or if the increased involvement needed to even view the figure will discourage people from "liking" it (if they simply scroll past it because a first glance reveals no image). Of course, it may be hard to tell why people do or do not "like" your picture; perhaps you could ask some of those who end up "liking" it why they did so. Basically, is there a limit to how much people want to interact with a profile picture?

I am using my photo as a comment on the non correlating messages communicated through photos.