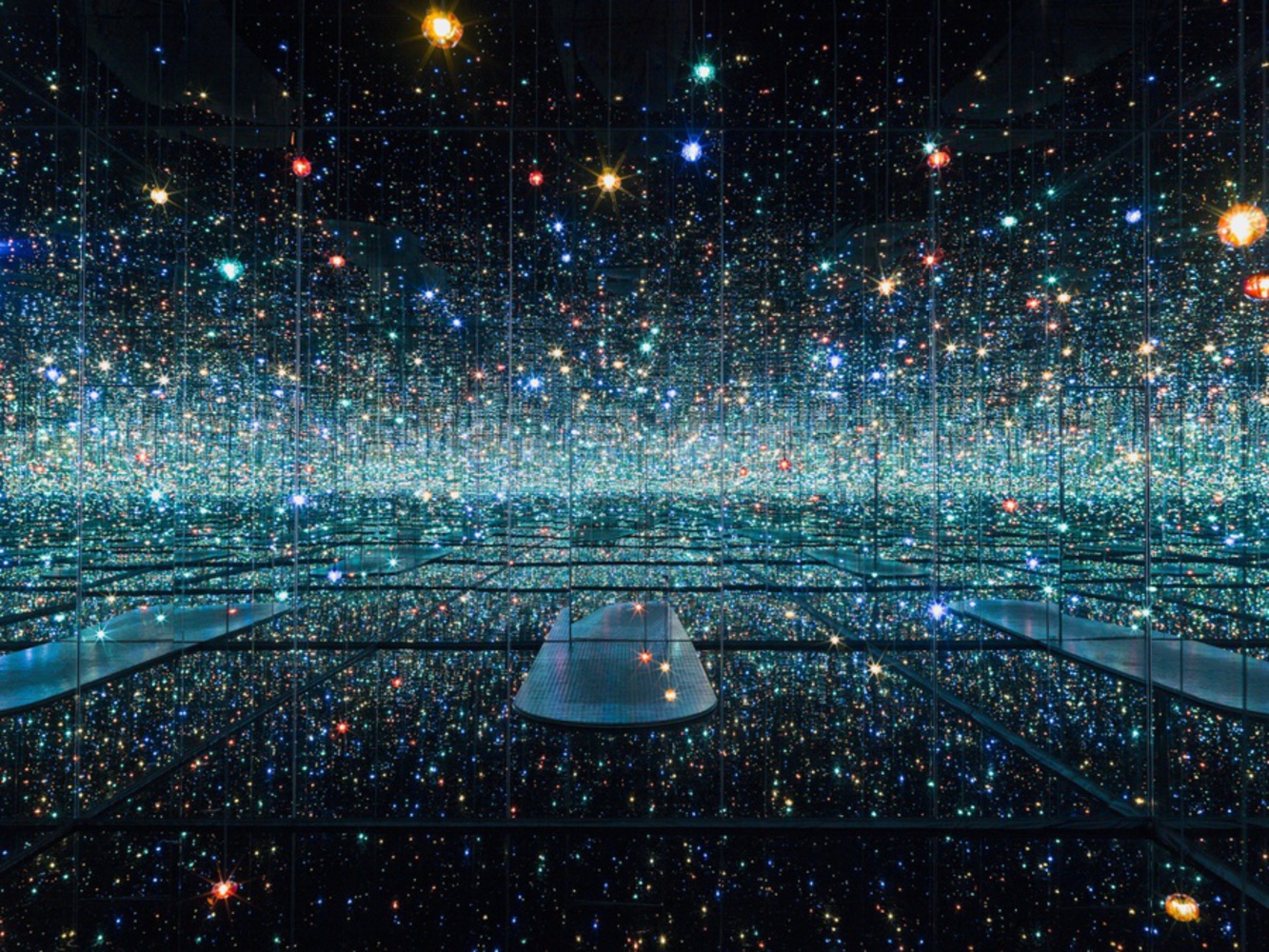 We were inspired by Yayoi Kusama’s Infinity Mirrors as well as the different ideas of heterotopias learned in the readings and by the different projects everyone did for class. We decided that the best way to properly represent infinite space, given our own physical, finite limitations, was to make it a VR experience since we thought it would best depict what we were envisioning.

Originally, the plan for the project was to make an apparent infinite space within VR. One inspiration is actually a loading screen in Assassin’s Creed II, where the main character can run in an infinite foggy space. Because it is a third person game, the character model is likely running in place with some directional cloudy effects, but with VR, we had to do something different. VR really put new constraints on games that we didn’t consider.

Therefore, our next idea, infinite rooms with different iterations, was also put under these constraints. 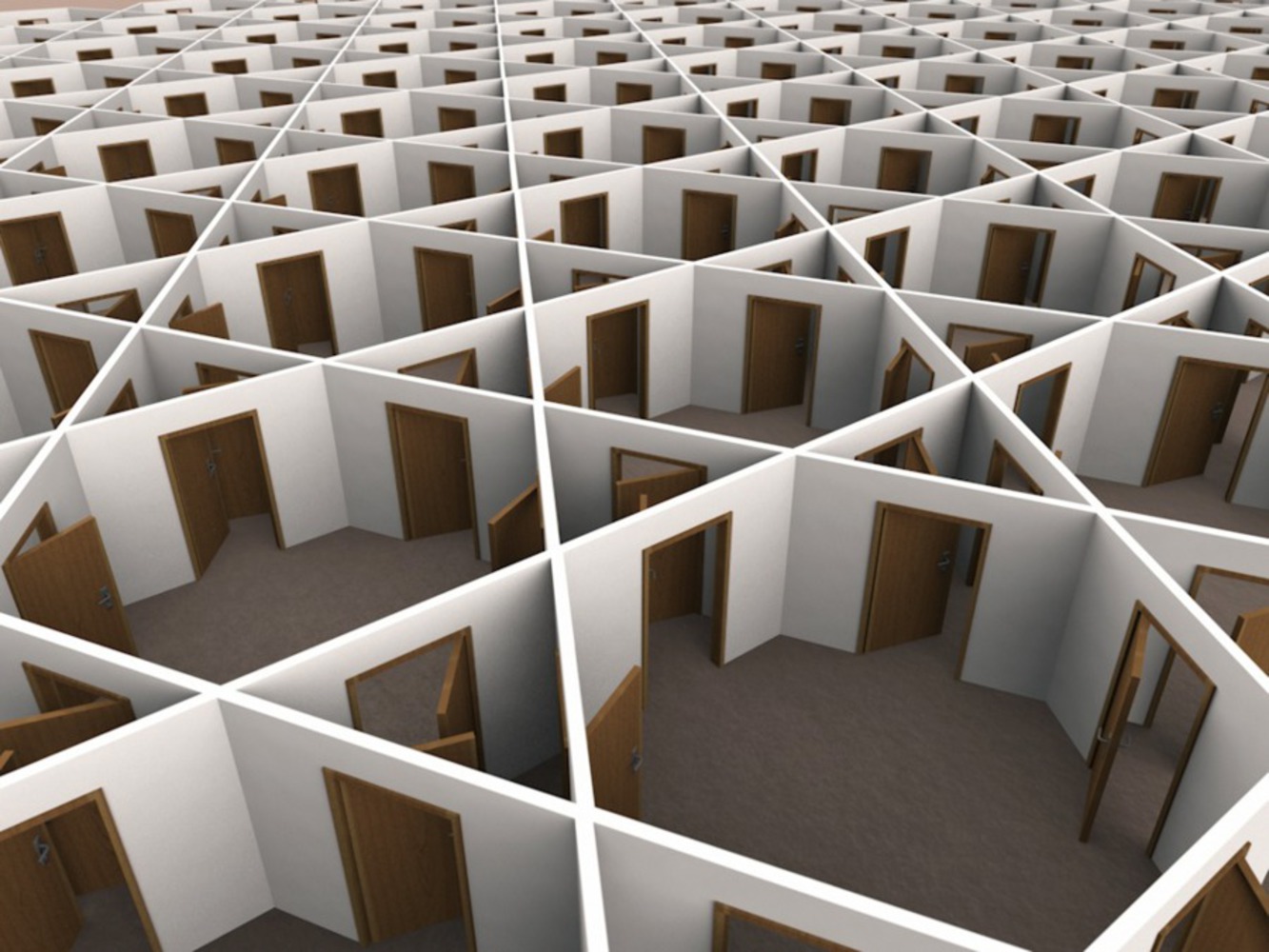 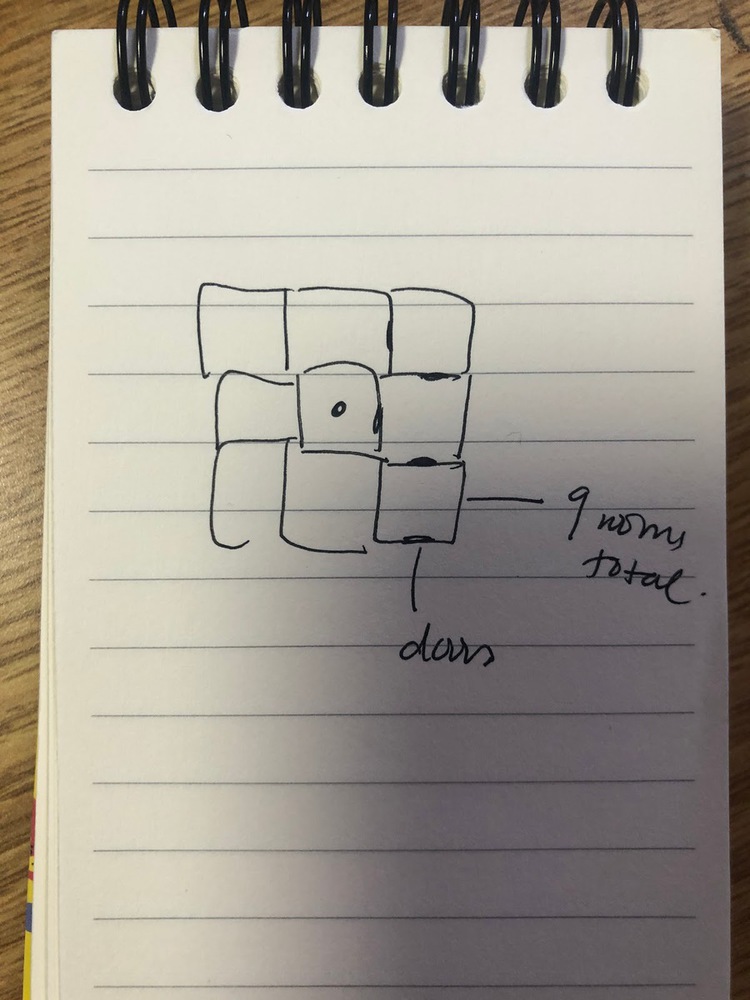 (rough sketch of one of the proposed new ideas)

Making an infinite room space in VR came with some complications. We thought about creating 9 rooms that all looked the same (with some minor features that the players can interact with) that were connected by doorways. But because the player was in a set dimensional space, in the real world, they would not be able to cross over into different rooms physically - reaching one doorway could not teleport the person in real life to the corresponding entryway in the next room. And since we were all inexperienced with Unity and coding for VR in general, we thought about simpler approaches to deliver the same meaning.

For the final project, we decided to make a dark room with mirrored walls that were initially covered in tiles. To make it an interactive experience, the players have control over taking the tiles off to reveal the mirrors. There are also neon cubes in the room so that the mirrors can be seen.

This project builds on the meanings of heterotopias in several ways. For example, a heterotopia is a place where multiple realities exist. This can be seen through the mirrors, seen and unseen. The mirrors also serve to give an illusion of an infinite space, where multiple realities can exist. A heterotopia is also said to be a place where you can see yourself in a place you are not. Most obviously, since it is a VR game, the player can see themselves in this room when in real life, they are not in the animated room. Also, the mirrors in the game also show reflections of the things in the room, which shows them in places where they originally are not in. Also, a heterotopia is a place where your legacy can remain even after you left. This is shown by the interactiveness of the game. Since each player is allowed to make changes by taking away tiles, the next player will be left in a room that was changed by the previous.