No Light, No Light

For this project, I chose to use the song No Light, No Light by Florence and the Machine. To me, this song feels empowered, passionate, and just a little bit angsty which is a combination that speaks to me and will often inspire me to write choreography. The piece uses various elements from a church setting, but in a very a typical way. Some examples are the way they use the organ, and the fact that the back up signers are actually young choir boys. This pulls enough from the imagery and feeling we have attached to these sounds to create an almost ethereal experience, without actually pulling in the religious connotation. The lyrics bring in this feeling of a relationship at a very tenuous, almost breaking, point.

The dance form that I chose is adagio, which is a partner hand balancing act that uses complicated and challenging partner stunts as a large portion of the vocabulary communicated in a dance piece. The aesthetic of this dance style is similar to contemporary with a lot of ballet technique, and it incorporates challenging and visually stunning partner stunts. I think it is a good fit for this music because of the partner aspect, and the very tenuous nature of the style. A lot of the focus is on delicately performed stunts that involve a lot of skill and balance, and are often chosen for their apparent visual appearance as physically unbalanced even though they are solidly stable. This very much speaks to both the lyrical content and overall feel of the music.

My actual outcome will be a series of about 5 photographs from various points in the choreography, captured using the techniques of Duane Michals. His use of light is very powerful and serves to pull away from the individual identities and instead draw focus to the ideas his subjects represent or portray. This is something that I think could be very powerful here, and contributes to the very ephemeral feel of the music. He also uses a lot of different techniques involving long exposures, which I played with in a previous assignment, that I think could add a lot to the piece in terms of maintaining the feeling of movement through the static images and also furthering the very ephemeral feel.

To compose these images, my mind immediately led me to a studio space that was once a warehouse but has since been converted. It has dark, old, brick walls on the interior and dark laminate flooring, and the back wall has huge cutouts filled with tempered glass. In the early hours of the morning, the light shines through the tempered glass as makes anything in the studio light up from behind, showing everything in silhouette. This setting is appropriate for a few reasons. The effect over all is to light up the dancers in an almost ethereal way, while still showing them as being in the darker world of the studio with the dark brick and the lights out. It also evokes a sort of living stained glass look, which I think ties in well with the song's use of church items in a non typical way and adds to the overall effect.

To increase the effect of silhouette, I will have the dancers wear black. Other than that, I intend to communicate the general aesthetic and then play the music and allow for a fair amount of improvisation while capturing a mix of long and short exposure shots. From there, I will choose a series of 5 images that best show the musical progression and tell a story similar to that of the music.

As a backup, because this is a somewhat ambitious proposal, I could do a similar thing but with solo shots. This would keep a lot of the same elements, but also shift the focus a little more to the pleading of the female vocalist as opposed to the delicate balance between two strong personalities. IT would still be a viable option, though, in case I can't pull off the bigger idea.

Here is an example of the look of adagio, and the silhouette feel. I don't like the technique used here, but the style of pose is fairly representational. 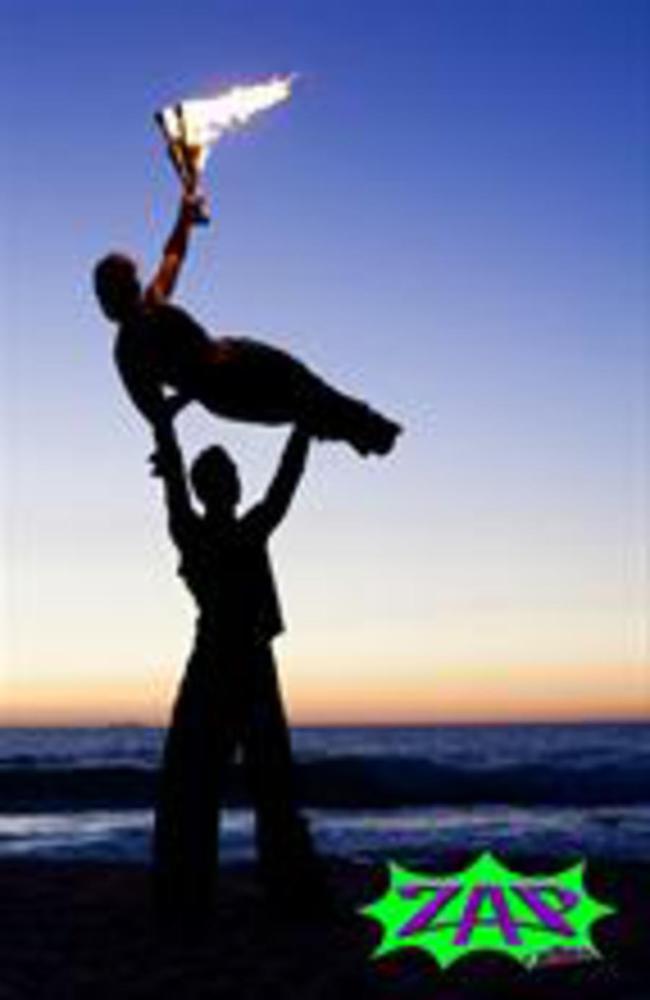 This will be my third time writing this, so hopefully Gallery will not lose it this time.

I took Daragh's advice and played the song a few times for me and my partner to listen to, and then once more while we danced improv style with the camera on a table after being carefully calibrated and set on autocapture. This actually turned out quite well, even though we only had a half hour in the space.

I had a difficult time getting the lighting right with the long exposures, but in the end I was satisfied with the results. I played around and ended up settling on a very tiny aperture and a 3 second exposure. This was enough to add the feeling of movement and soften the lines, but not too much that the actual dance was not captured. The stiller positions still came out best, but I kind of like the fact that the pieces chosen to represent the dance are the moments of breath, pause, thoughtfulness, and crescendo.

In the end I chose 7 pieces instead of 5, because together I felt they made the most whole story. There is a mixture of relatively clear shots, and shots with so much movement that the dancers almost look like ghosts. With my limited camera experience, I am quite impressed with our results and really happy with the outcome.

Below are the images, in order from top to bottom as I would display them in real life. I suggest taking your time to make your way through them and possibly listening to the song as you go! 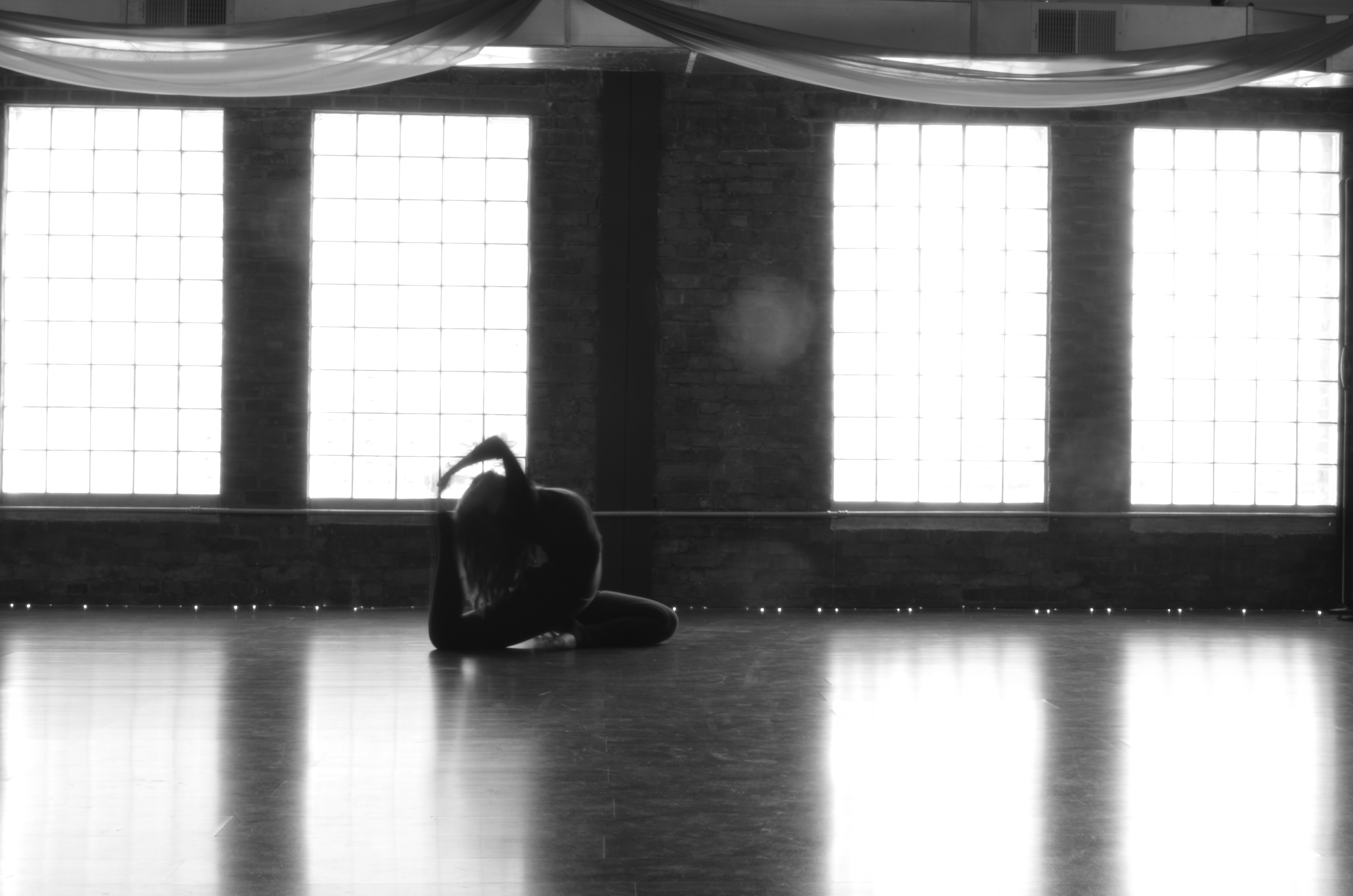 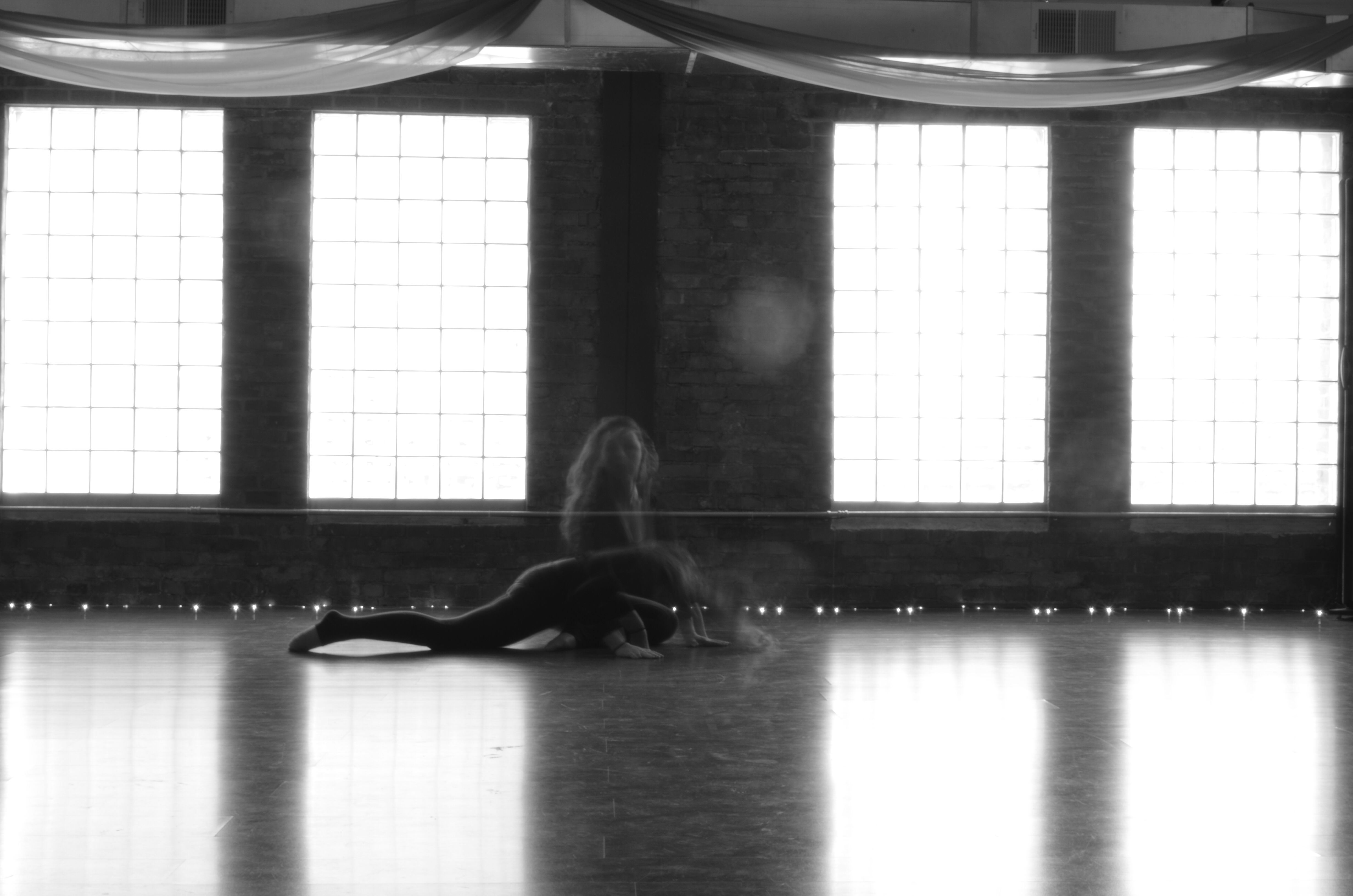 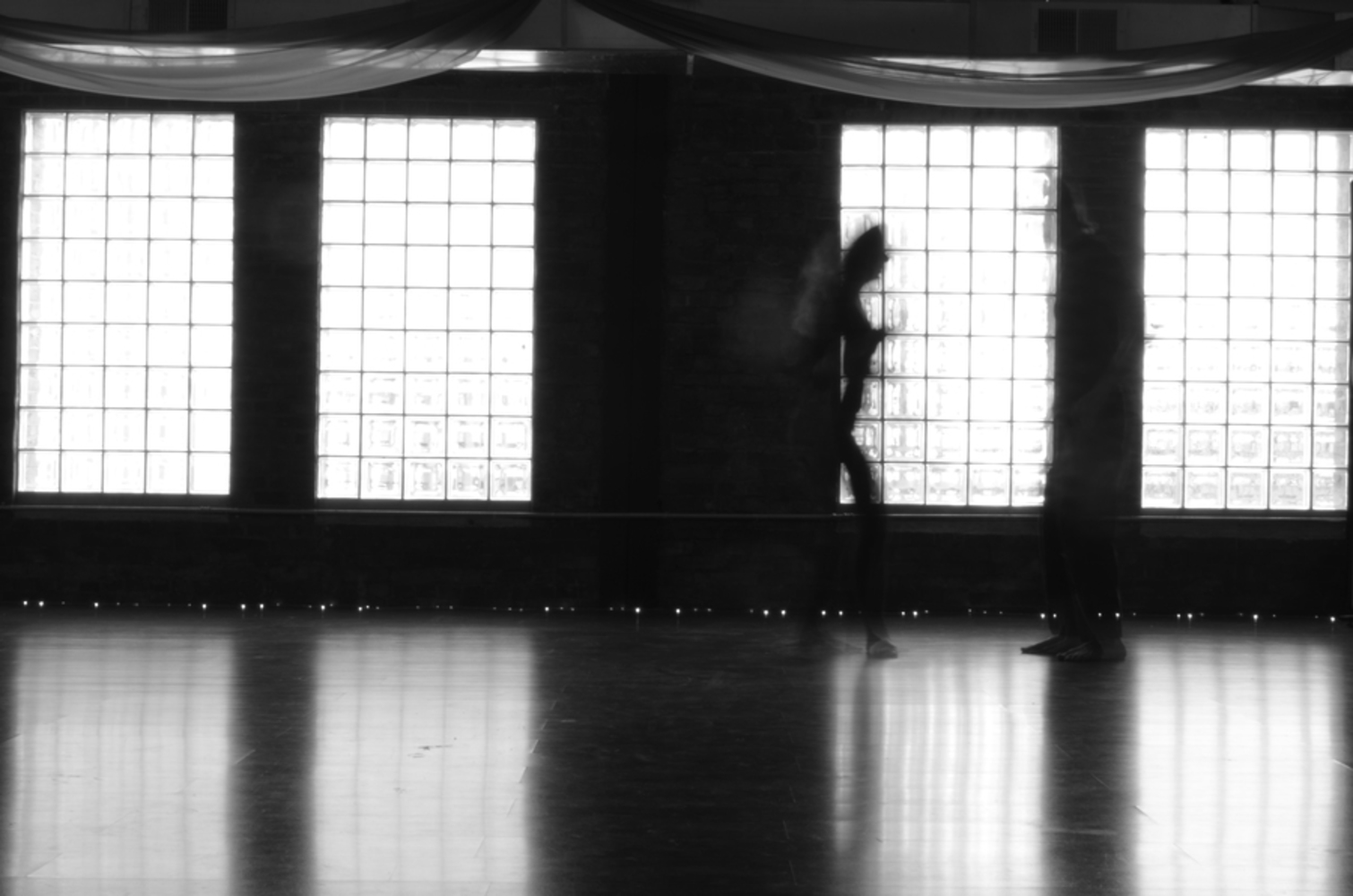 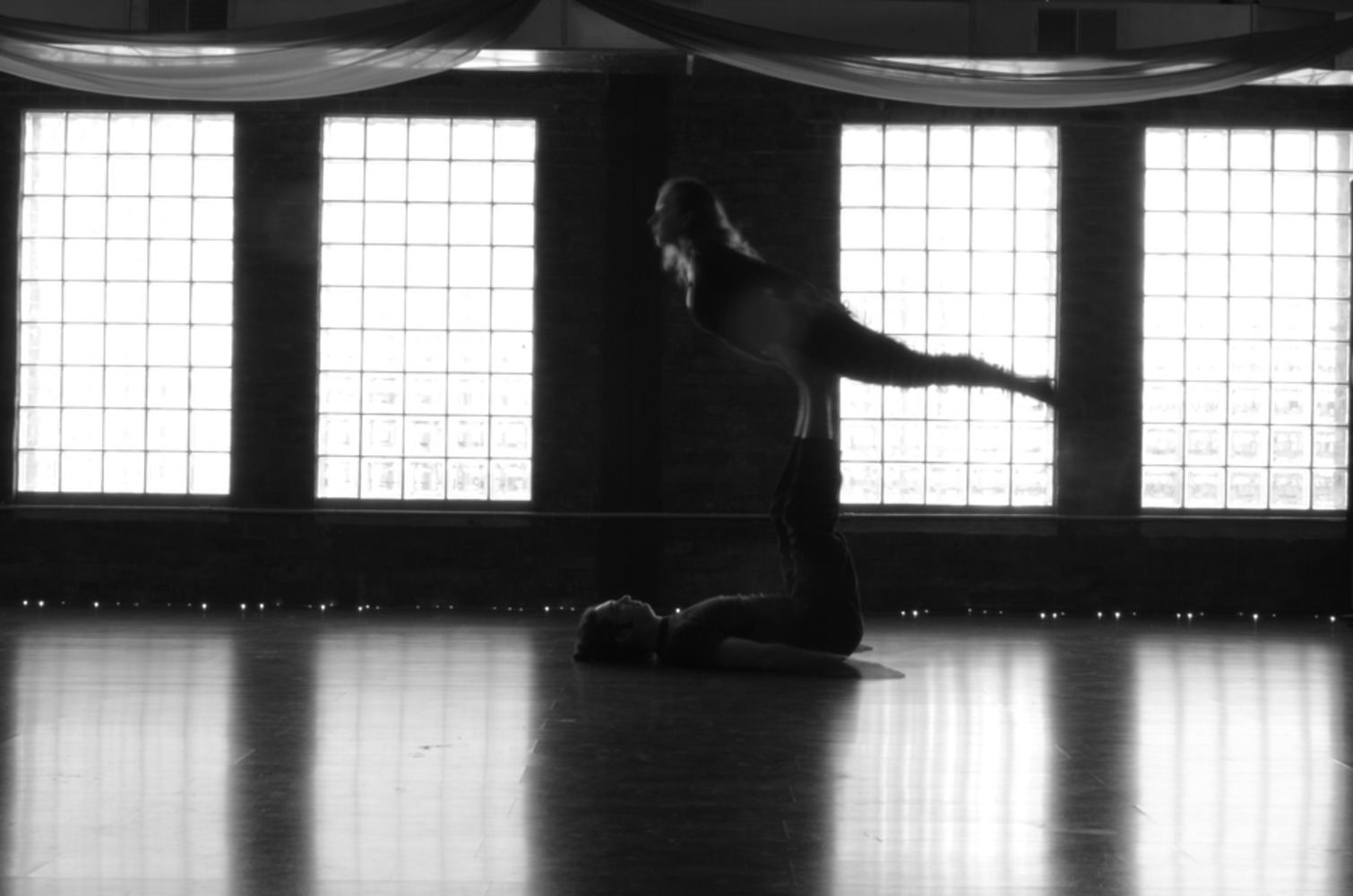 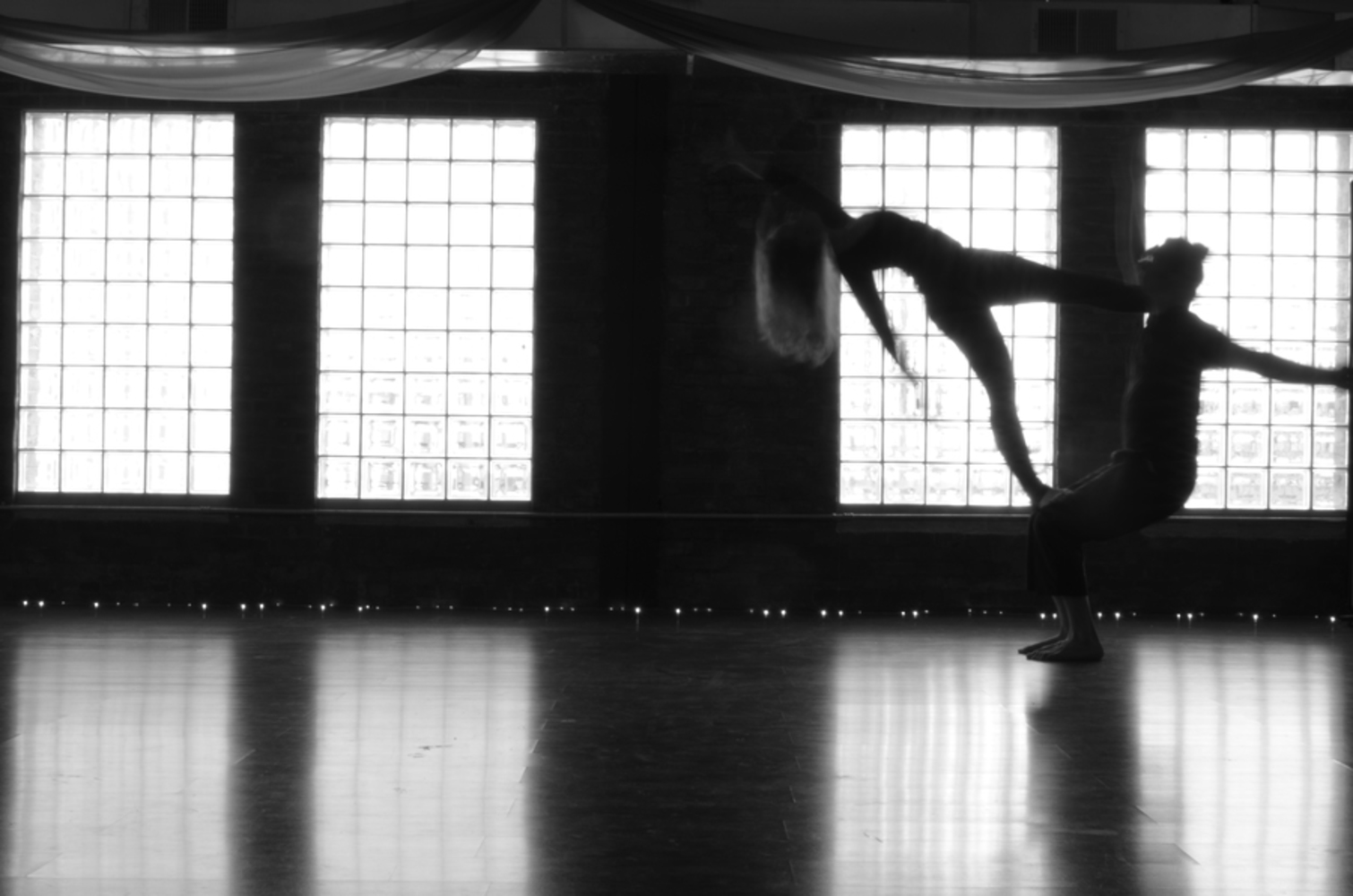 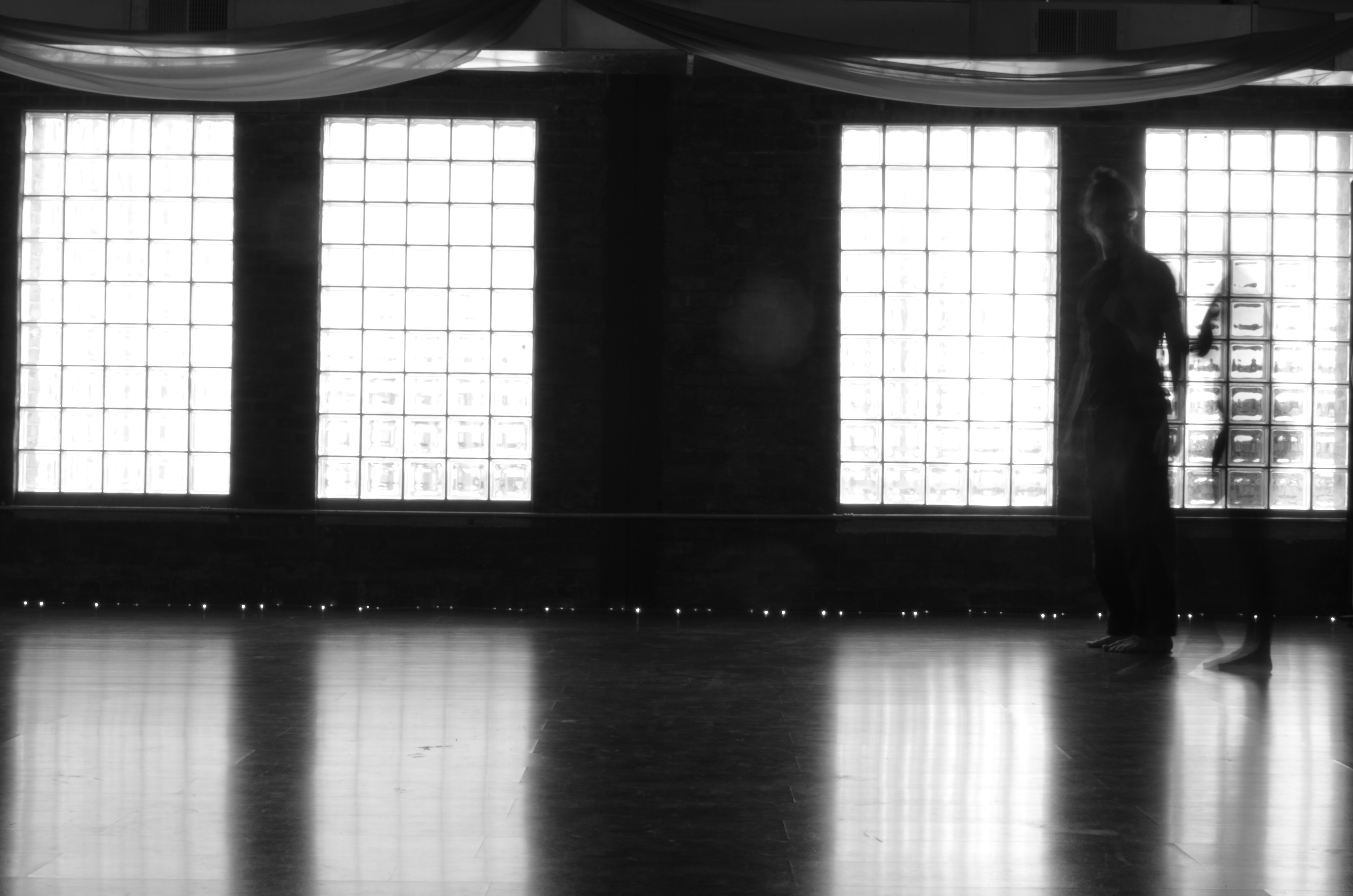 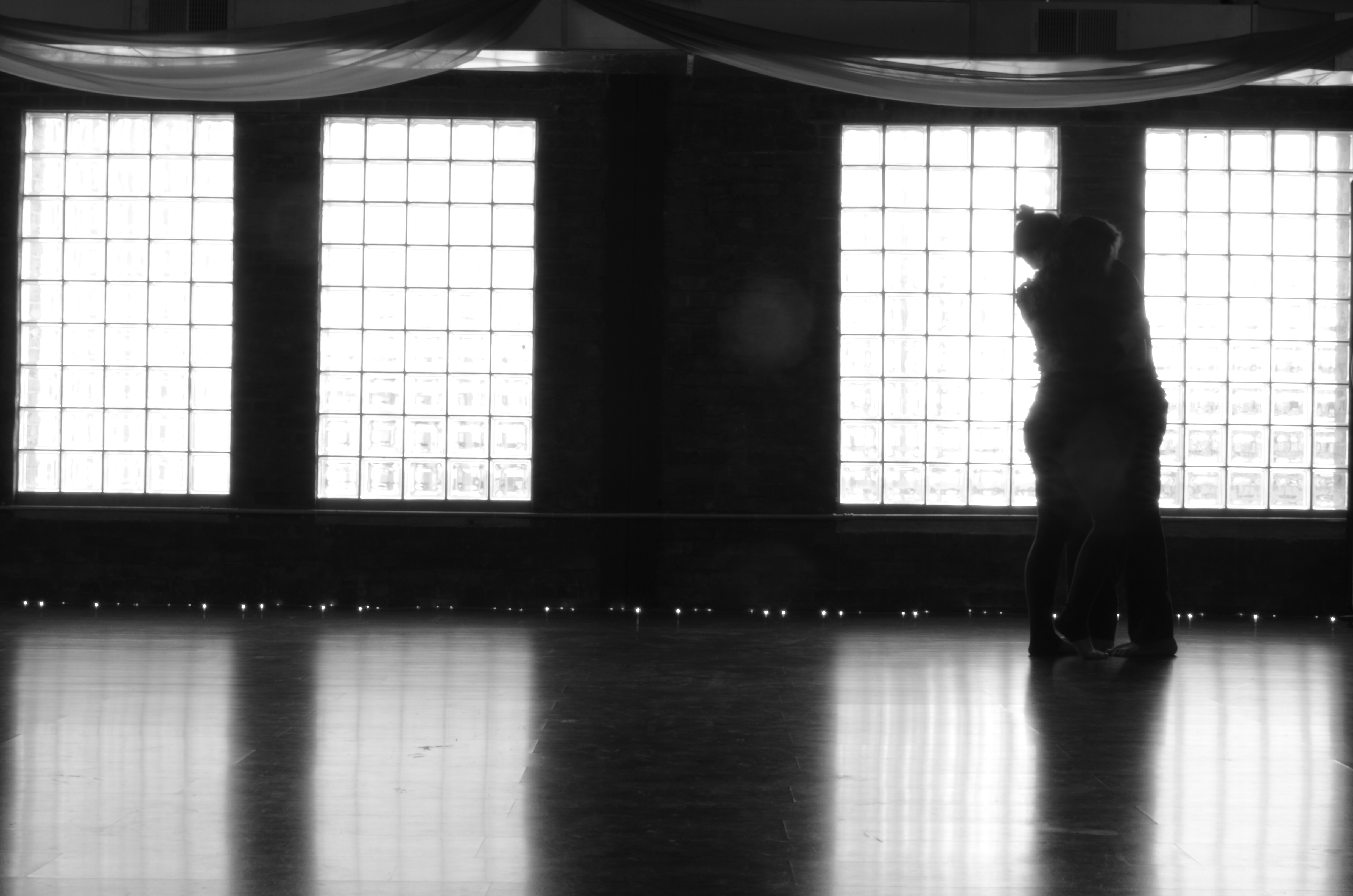 This piece is a seven image series inspired by the song "No Light, No Light" by Florence and the Machine. This static representation is a collection of stills from a dynamic dance piece, using lighting and exposure techniques inspired by Duane Michals. The song is an impassioned outcry from a woman stuck in a lifeless relationship, and hating herself for being unable to step away. This is expressed through dancers shown in a dark room, just a thin pane of glass away from light but still stuck in the shadows. The piece also pulls on the ethereal feel of the song, which uses church organs, floaty vocals, and choir boys as background vocals, by using long exposure times and overexposure of the light from the back windows to create an otherworldy effect.

I spent some time looking over this piece, and I really think it was a successful outcome. The symmetry of the framing and consistency is location really allow the eye to flow from one image to the next and really feel the movement of the dancers, without feeling like you are moving between different compositions. The lighting and setting came out really well, and I didn't even need to use any post processing. I would love to see this series blown up across a wall, because I think scrolling through it really doesn't do it justice. As a whole, I think this piece not only embodies the essence of the song, but that it could be a fully standalone piece and still communicate the same message. I am very pleased with the work.

Before this semester, I think I would have understood a lot of the subtleties of this piece, but I wouldn't have the words to explain it to someone else. Understanding the framing and placement of the dancers and the weight of the piece as a whole are new skills for me. I think the biggest difference, since this is a new spin on a medium I have long been comfortable with, is the ability to compose this piece. Before this class I had never shot a picture with a fancy camera and knew almost nothing about photography. This module really opened up that field to me and helped me to understand what goes in to creating a photograph, and led me to forming the skills needed to make this piece, which are definitely not quite standard. This new skill set gives me a whole new appreciation for photography, and I find myself looking at pictures in a totally new way.

Your photos definitely translate the ethereal feeling of the song very well, and I really like your motion shots. The music is very energized overall, and I thought that blurred shots of the dancers were beneficial in achieving this effect. However, I wish that you played around with several different angles, The song is called "no light", so seeing some darker, dimly lit shots might have added some dynamicity to the series.