Made by Alex Lin

Message is a digital platform for Google and its employees to interact with languages and communicate with its local context.

Message is a digital platform for Google and its employees to communicate with its local context. Using Google Translate as a means of diversifying the potential audience of its messages, employees may input their desired message which is then translated into many languages and shown on screens both inside the bridge and on the outside of the bridge. In this manner, Google employees looking for a quick break from work can communicate messages in many languages to not only their own colleagues, but also the passersby below moving along Penn Ave. Messages can vary from fun tests (ex. “Hello Pittsburgh!”) to more serious warnings (ex. “Stay hydrated!”) and can teach a bit of other languages to people along the way. When Google employees are not actively inputting their own messages, the program is intended to scan through Google News to find news relevant to Pittsburgh to convey to the company and the context. These articles are converted into more simple messages to be projected to employees and passersby (ex. “Flood warning!”). Ultimately, the project strives to convert the bridge into a celebration of language and communication, emphasizing the diversity of the office and of Pittsburgh while allowing for people just passing through, passing by, or watching to catch a glimpse of cool and interesting languages.

Google employees may interact with a device (ex. tablet or computer) to input a message which is then translated using a program then shown along the bridge interior (and exterior) in many different languages. Employees that are too busy may walk past the exhibit, and employees that just want to watch may do so as well. Outside the office along Penn Ave, pedestrians, drivers, and people sitting in the street can view news and messages on large screens in a variety of languages. 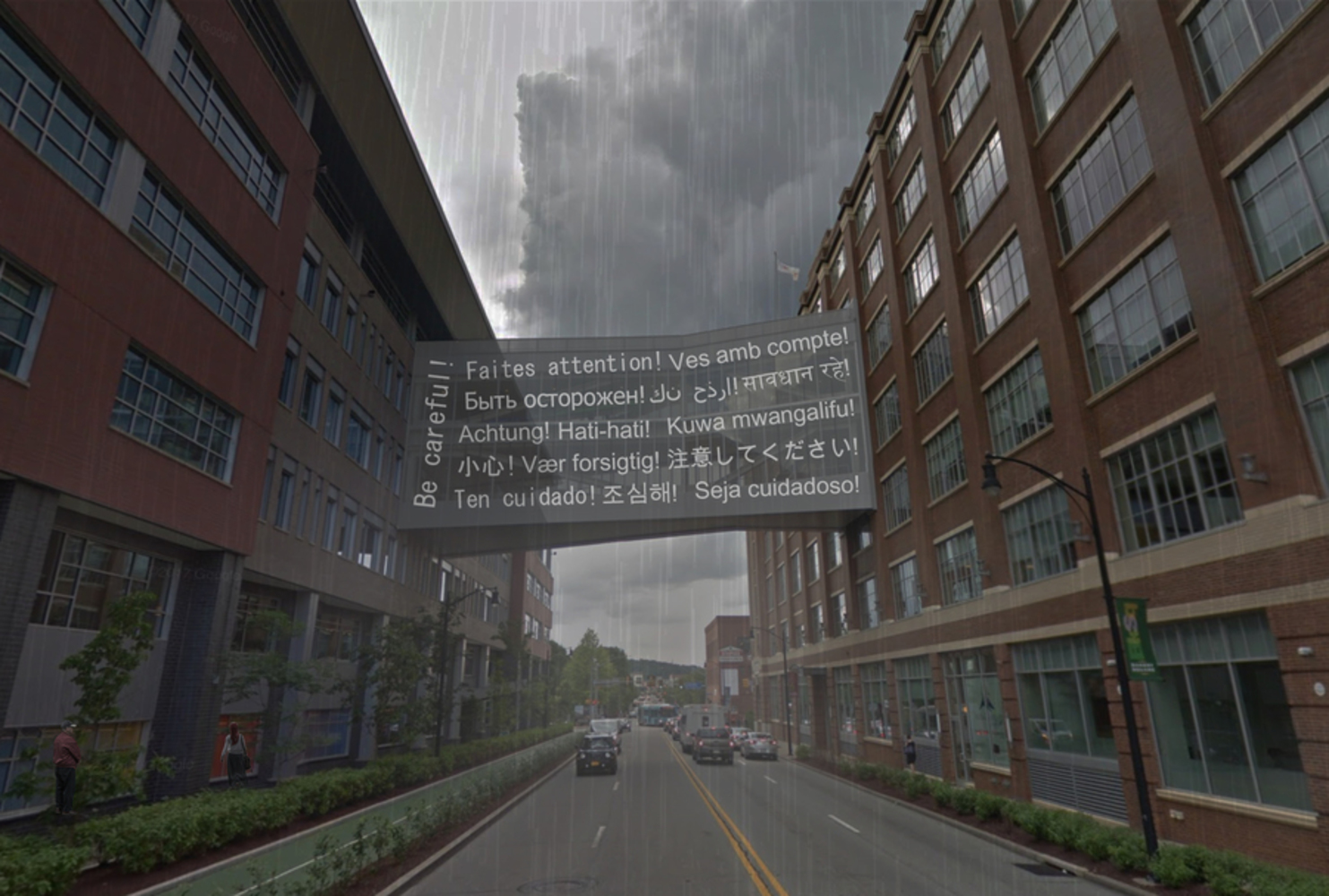 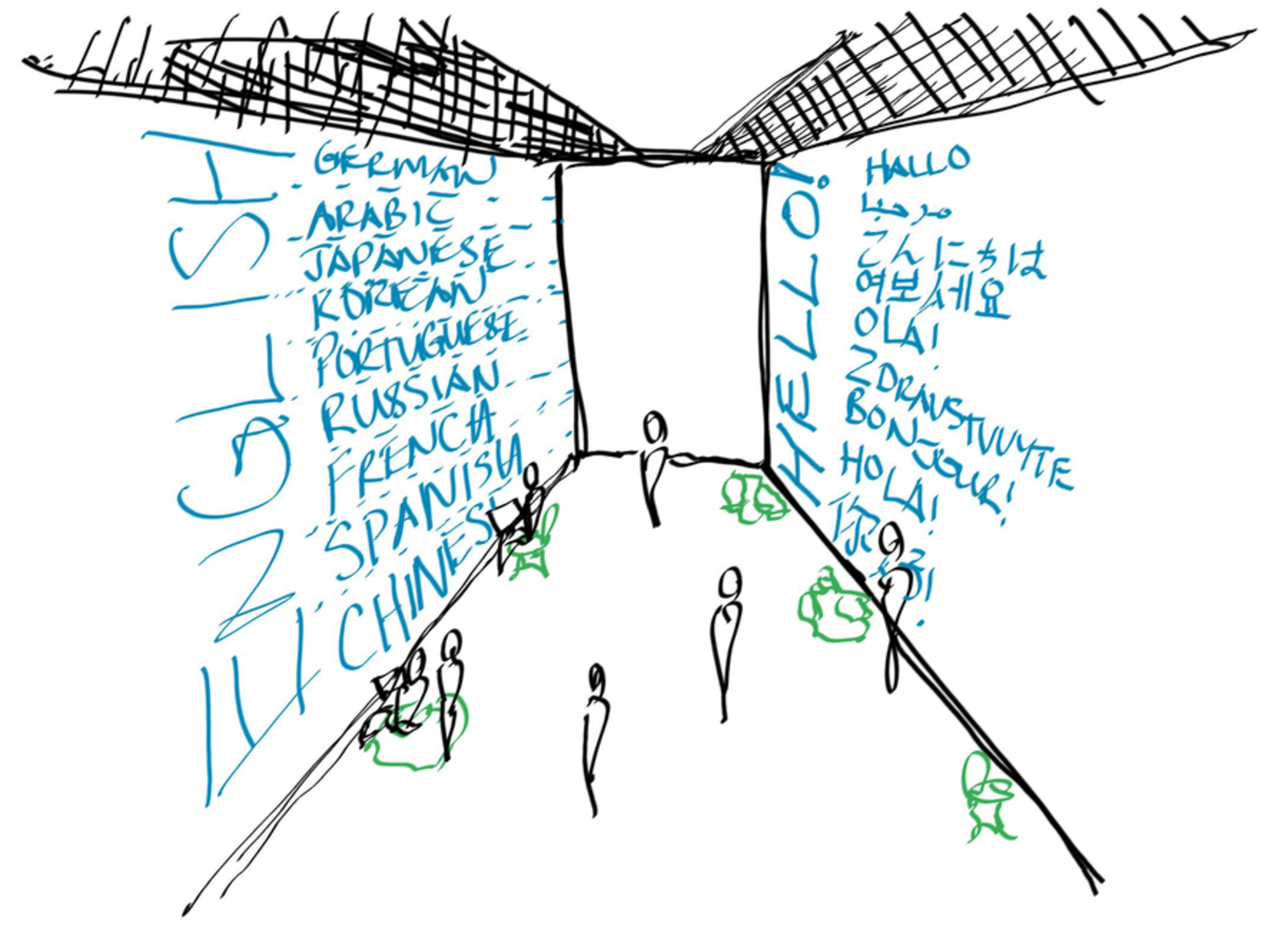 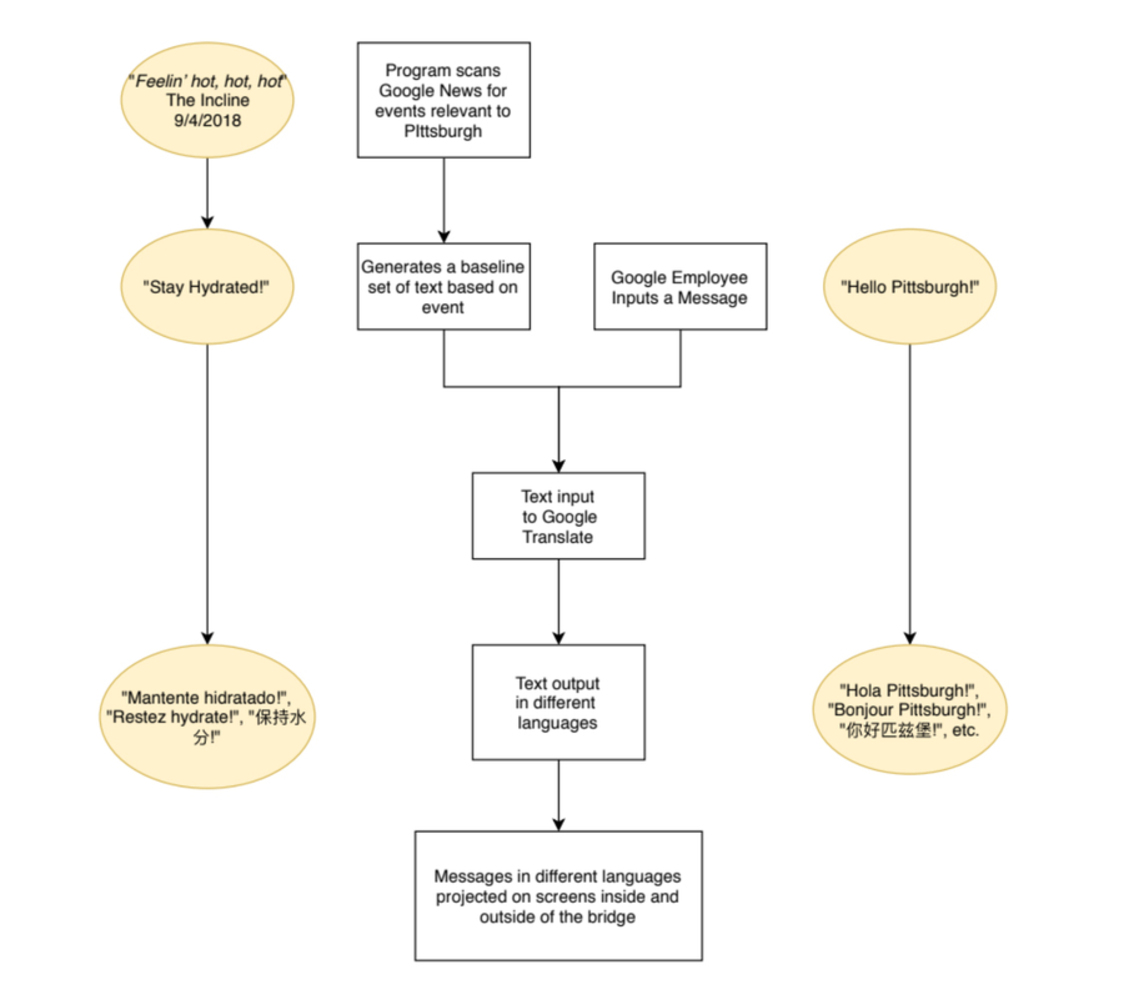 Message is a digital platform for Google and its employees to interact with languages and communicate with its local context.