Have you ever been so far away from your home that you miss your loved ones, parents and friends? Fear not, as we propose a smart hack that uses the strongest yet most underused sense of human beings to replicate the feeling of your loved ones being right next to you. Presenting, REMINISCENTS.

Scent is one of the most powerful triggers of human memories. Yet, it is underused when it comes to the world of social objects. ReminiScents is a social object which connects people from across the globe. It is a gesture based model which triggers scents of your loved ones. The idea of creating ReminiScents was to utilize the most powerful sense present in humans, smell, to fill the void between humans created by distance and time.

Filling the void between humans created by distance.

A Gesture based Social object embedded in human life without interfering in their daily activities to create the scent of loved ones in their rooms. ReminiScents triggers the human brain and it serves as a constant reminder of their loved ones and that they are closer than ever.

ReminiScents are a pair of devices that have the same connections. The SR04 Range Detector has 4 pins, VCC, Ground, TrigPin and EchoPin. VCC and ground are connected to VUSB and ground of the Particle Argon and Trigpin EchoPin are given to digital Pins D2 and D3.

The relay consists of 5 pins: VCC, Ground, Signal, Normally Open, Common. We connect VCC and ground to VUSB and Ground of the Particle Argon. The Signal Pin is connected to the digital Pin D4.

The relay is like a switch, which can be switched on and off using electric signals. So, the other end of the relay will be introduced in a circuit where it can cut off or continue the flow of electricity. In our case, we connect the relay to the fan and use it as a switch to electrically switch on and off the fan. Thus, Normally Open is connected to the negative terminal of the fan, VUSB to the positive terminal of the fan and common to ground.

We connect the SR04 Range Detector to the Particle Argon and check whether we can read the distance correctly. The range detector works like a sonar. It sends out an ultrasonic signal from its trigger pin and waits for it to bounce back of an object and receives the signal in the echopin. The time taken for this round trip is noted and the distance between the object and the sensor is efficiently calculated.

We connect the relays to the fan and the Argon board and send signals from the board to switch on and off the fan circuit. We enclose these into Acrylic boxes, which are laser cut by hand at CMU. We setup a reservoir with a Popsicle stick and the scent. The scent slowly seeps up the Popsicle stick and this is blown into the open air using a fan. Thus, a dispersion system is created using Popsicle sticks and fans.

The two Particle Argons are setup exactly the same way. They consist of the same set of components and are assembled in the same way. Both the particles are connected over the same particle cloud and can communicate with each other. The range detector constantly measures the distance of the nearest object. These devices are kept in two houses in opposite sides of the world. When we make a gesture over the social object, the range detector is able to decode this and it switches on the fan dispersing the perfume for 10 seconds.

The particle also sends a message to the cloud when it sees the gesture. This message is subscribed by the complementary social object which in turn switches on its fan for 10 seconds. The messages sent from the devices to the cloud are “Social Object 1” and “Social Object 2”.

Thus, with the use of gestures, the particle communicates with each other to disperse the scent into the open air for 10 seconds creating a temporary memory of your friend/ loved on who is on the other side of the world.

The social device is a gesture based device. It works when a gesture is made over the device and fills up the void left by your friend. The social ambient device does not interfere with daily activities and only works when called upon. Thus, a non-obstructive social object that triggers the humans most powerful memory was suitably embedded in human daily life. 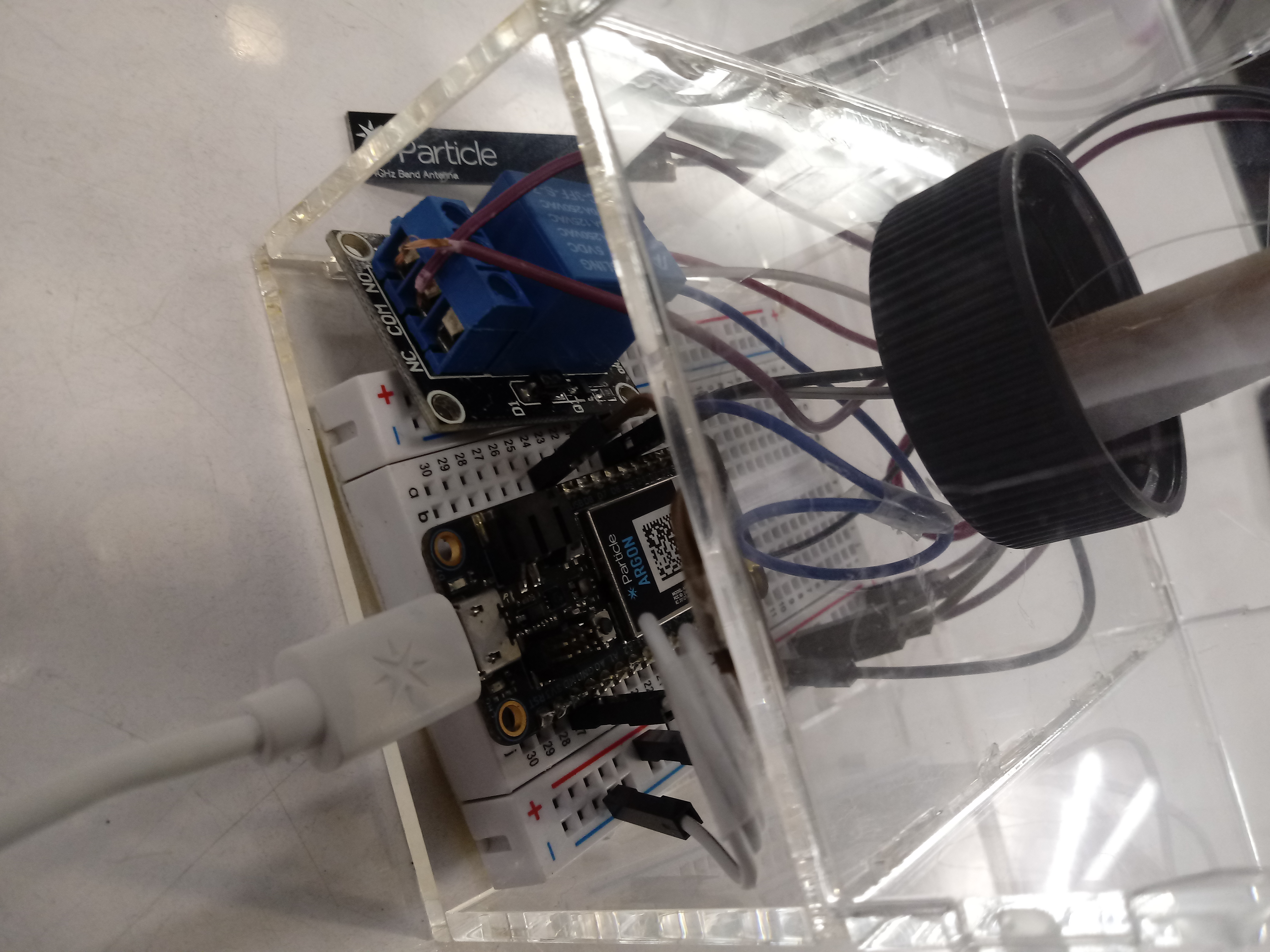 Fig 5. Close up of circuitry 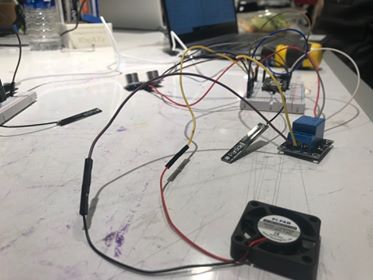 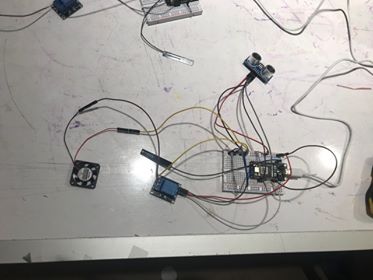 Thus, ReminiScents, a social object was created to trigger man’s most powerful yet underused sense, smell. This personal device helps fill up the ever present void left by your loved one by dispersing scent into your room, creating a feeling of their presence right near you. The gesture based system which only worked when called upon can be suitably setup at homes and work stations. Now, with ReminiScents, your loved ones are more closer than ever.