Similar to the Ebbinghaus illusion, the Delboeuf illusion has to do with relative size, usually in particular with circles. Below is an example: 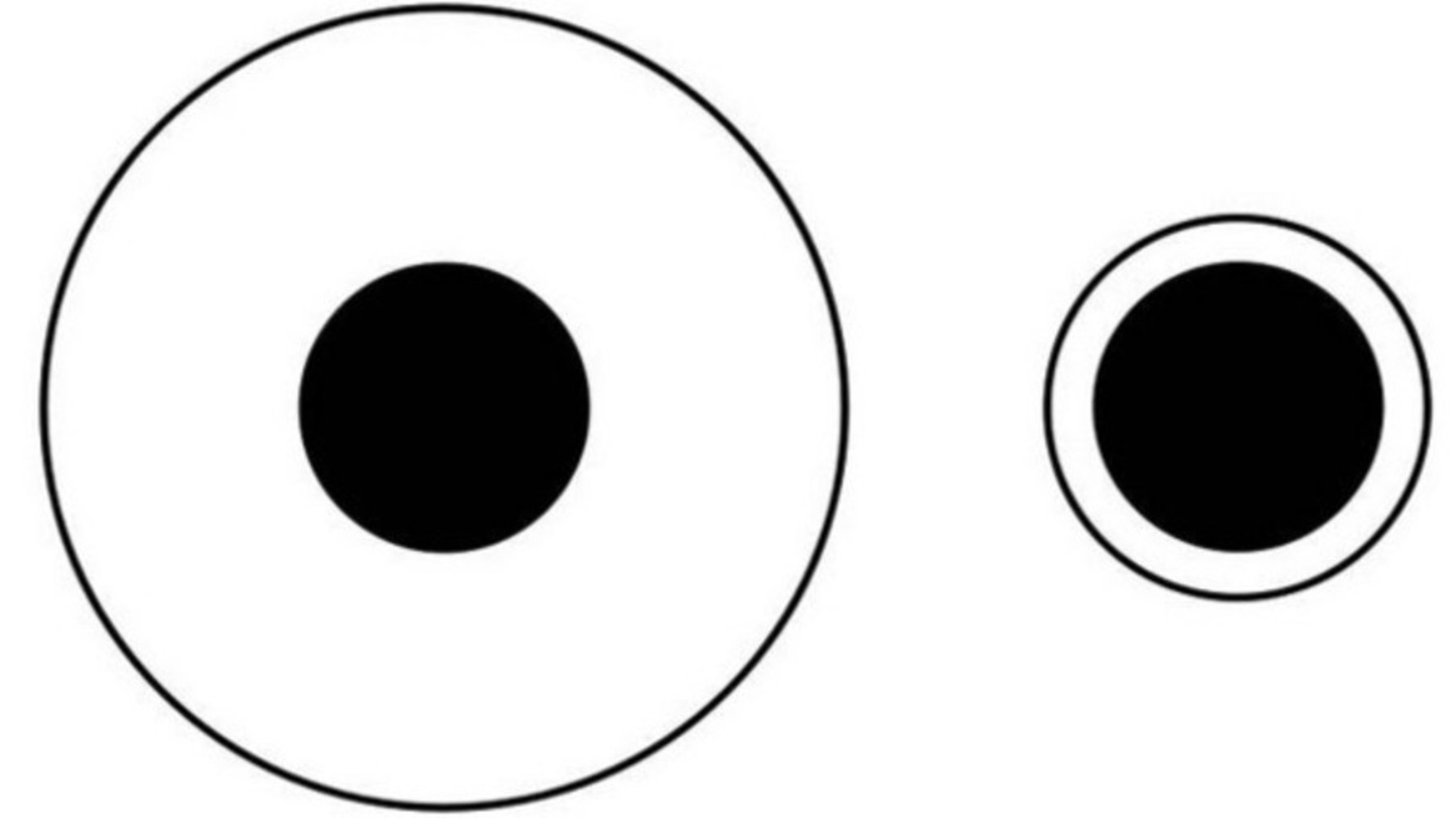 Although it might not look like it at first, both of the filled black circles are the same size, the only difference being the size of the circles around them. This illusion was first documented by the Belgian Mathematician (among other things) Joseph Delboeuf some time between 1887 and 1888.

The reason this illusion exists is because of the way that we perceive relative sizes. While the inner circles have the same dimensions, the black circle on the left appears to be smaller because the circle around it is much larger than itself. Conversely, the black circle on the right appears to be larger because the circle around it is only marginally larger than itself. It is only with concentration and with the setups juxtaposed that one can see that they are indeed the same size.

Examples in the world

I mainly wanted to research this illusion because I had known about it beforehand with regards to food and plating and we don't talk about food in this class (although it can be considered an art form).

Food is probably the most popular application for this illusion. In particular, people have utilized the effect to manipulate the perceived amount of food consumed. This is useful for individuals who want to go on a diet and also for restaurants that want to have their customers feel full without having to serve as much food. 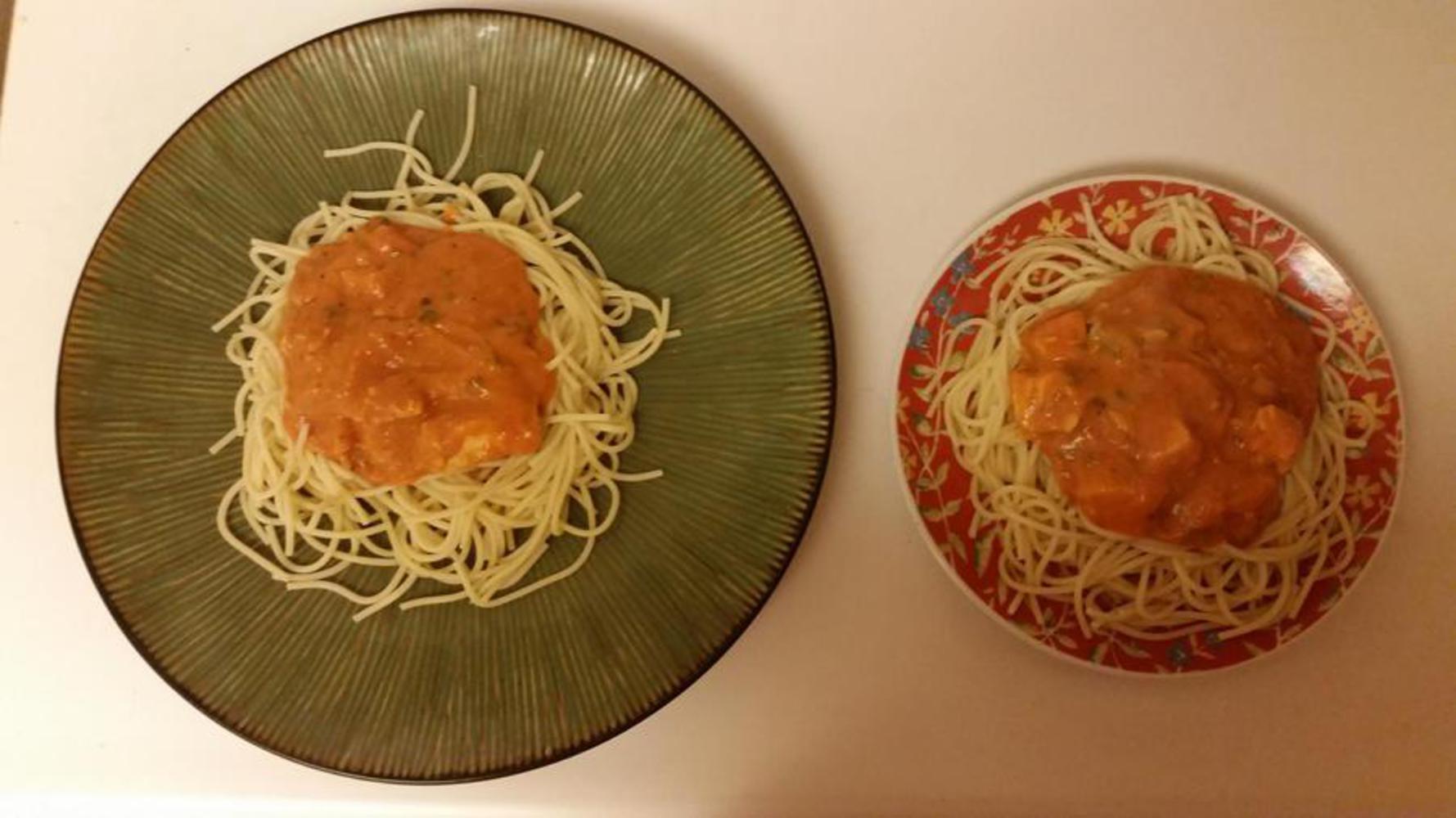 As you can see, although the portions are the same, the plating of the food on the right creates the illusion that it is a whole portion, whereas the left leaves you with the feeling that it is incomplete. The above picture is basically the textbook version of the illusion, and it is very apparent that the effect works.

Since the early 1900's, the American dinner plate has increased in size by quite a bit, growing by at least 25% to be specific. In the 60's the average plate was 9 inches in diameter and by the year 2000 it was 11 inches. Perhaps this is one of the reasons that the United States has a weight problem, but let's stay on topic.

I personally had a noticeable experience with the illusion over summer break. I had gone to a buffet style restaurant for lunch, and before even entering the building I knew that they would probably be using this technique.

*Note: the picture isn't of the buffet I went to, but I thought it looked delicious, also it has small plates.

Although the plates and bowls that were being used were small, within 3 servings I was already feeling quite stuffed. By 4 I was completely done, the foods weren't even particularly of the filling or heavy variety. I consciously knew of the tactic, but my brain still perceived it as eating more food than it was in reality.

In practice, the Delboeuf illusion has benefits for those looking to lose a bit of weight and for restaurants looking to cut down on costs.

It was particularly difficult to find examples of the textbook case of the illusion besides that of food and plating, but there are plenty of examples of how relative size is used to manipulate the viewer's perception of a subject. For example in the below image, the checkered spheres are the same pixel size, but because the context of the surrounding walls are different for the two spheres, and the walls create perception of a 3D space, the spheres appear to the viewer as much different in size. In this instance, the sphere in the upper right seems to be several times larger than the one in the bottom left. 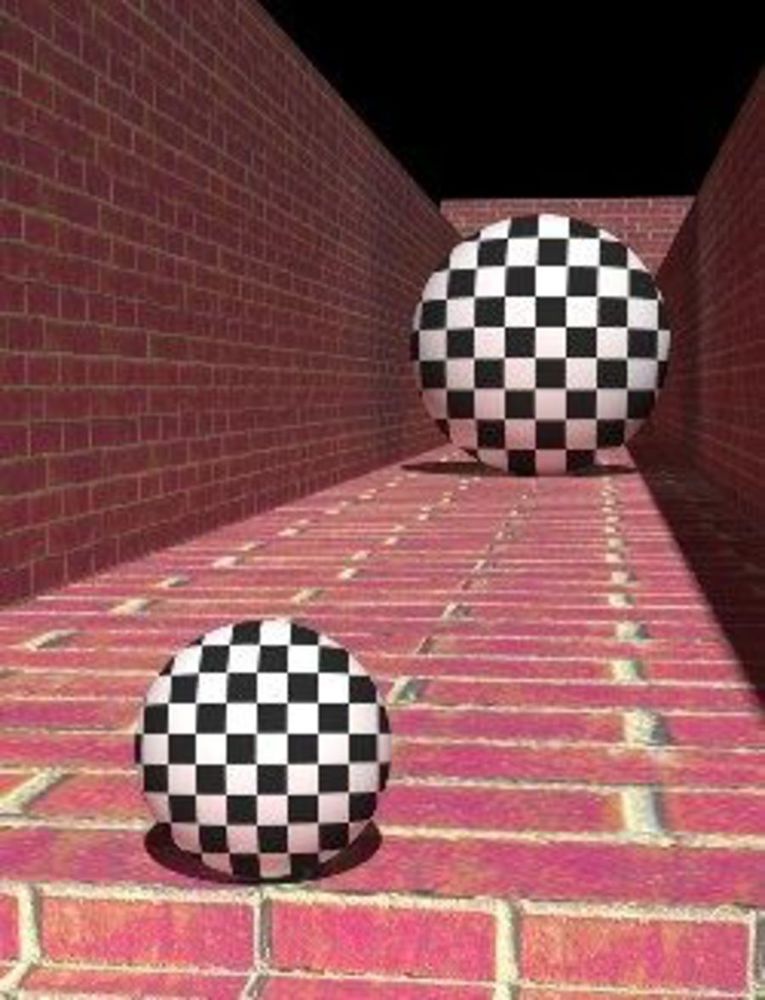 Here is another example that isn't so unpleasant to look at. The moons are the same size, but putting one at the end of the railroad and obscured by the horizon gives it the illusion that it is many, many times bigger than the one off to the right. 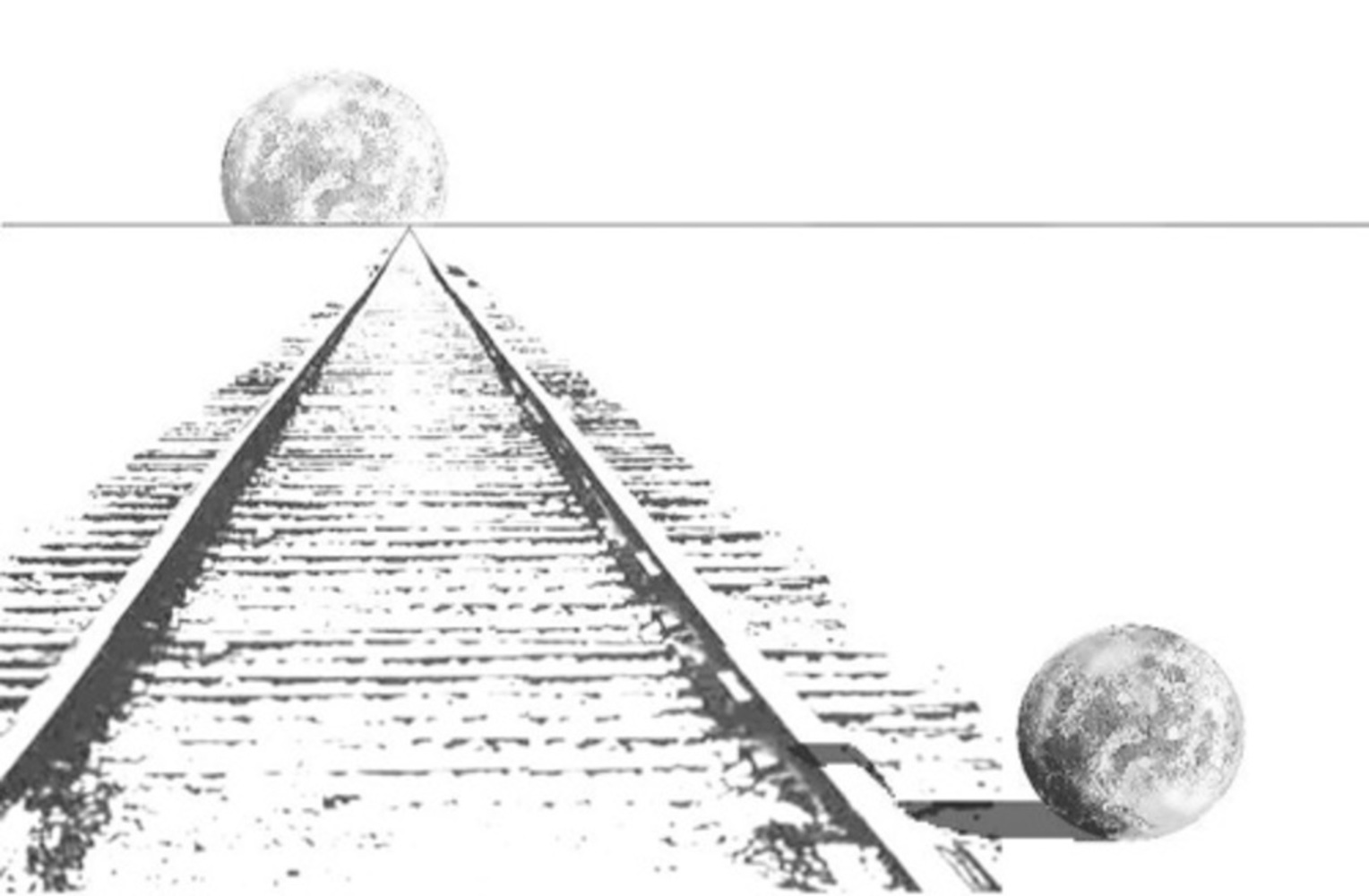 There is at least one study that shows that older people exhibit poorer performance in point-and-click tasks on the computer than young adults. The experimenters then made use of the Delboeuf illusion to observe the effects on the performance of the older participants. It turns out that the participants were overestimating the size of the target by about 8-12% with various configurations. The interesting bit is that both the older and younger participants had similarly overestimated the targets. No matter your age, you are just as susceptible to perceptual manipulations such as the Delboeuf illusion.

I think the biggest thing I learned from this project was the power and influence of context. Even though the outline circles in the illusion are characterized as the background and the solid circles the main subjects, the background has a great influence on the composition. I think I can leverage this lesson when I am constructing user interfaces, perhaps when I am making a game or application. As screens get smaller and more information is needed to be displayed on those screens, relative size and context can play a huge role in how intuitive and natural an interface feels to the user. I myself will admit I have uninstalled applications due simply to their lack of good interface.

Although quite simple, the Delboeuf illusion is an important concept to keep in mind when dealing with almost any kind of visual media.