Made by Judy H

One of the things that stood out to me the most was Warhol's belief that everyone would get their "15 minutes of fame" eventually. I thought about what he had meant by that and his famous Campbell's Soup pop art came to mind. While most people are familiar with Campbell's Soup "famous" is not a word I think they would have associated with the object. By creating his pop art piece on the Subject, he almost threw it into the limelight by putting it out there and giving everyone a chance to look at it with a new attitude.

In that way, I chose to use myself as the subject to give myself my own "15 minutes of fame". By uploading this on the class gallery, everyone will have a chance to view it, criticize it, form an opinion of it - in other words - the subject (myself) will have permeated their thoughts for some time, even if it is only for a brief moment.

The second Inspiration for this piece obviously comes from Warhol's Pop Art style. We had discussed in class how photo filters that we use today is almost similar to what Warhol was essentially doing - by taking an already existing object or piece of art - and rebranding it in a different style and calling it your own.

First, I took a photo of myself using the PhotoBooth application found on Mac machines. 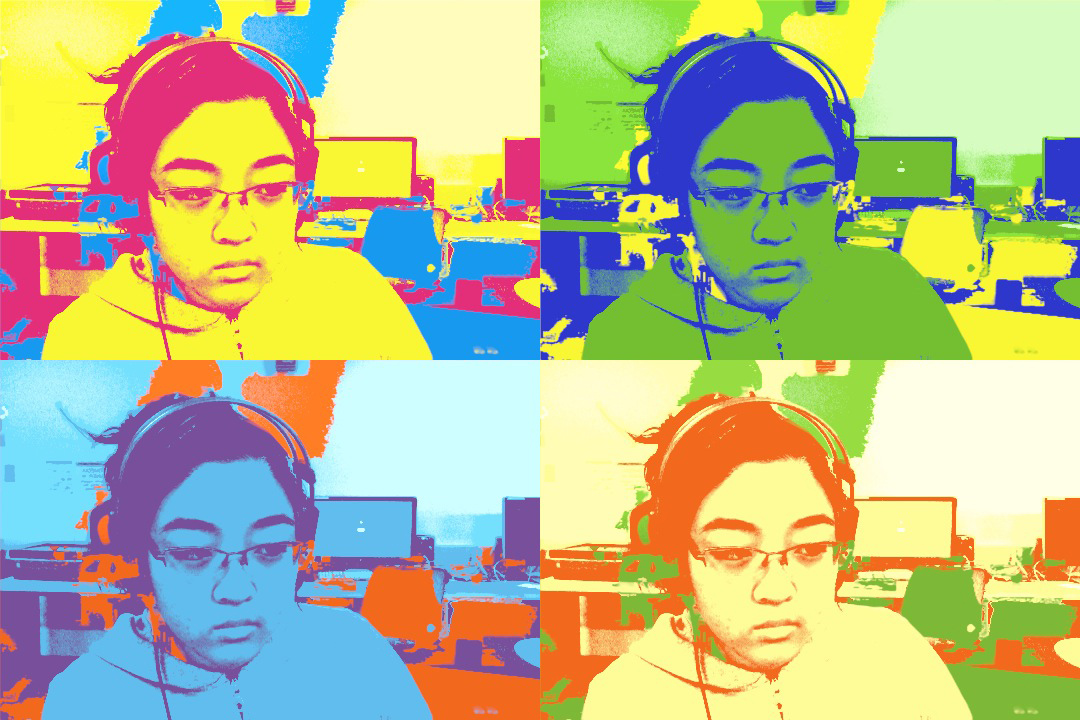 The above is the original photo that I took using Photobooth. I then when into Photoshop to clean up the background since there is no background present in Warhol's piece (of this style). I also changed the bottom right photo's background color to be purple rather than green because it didn't contrast well with the photo above it where the subject was in green. 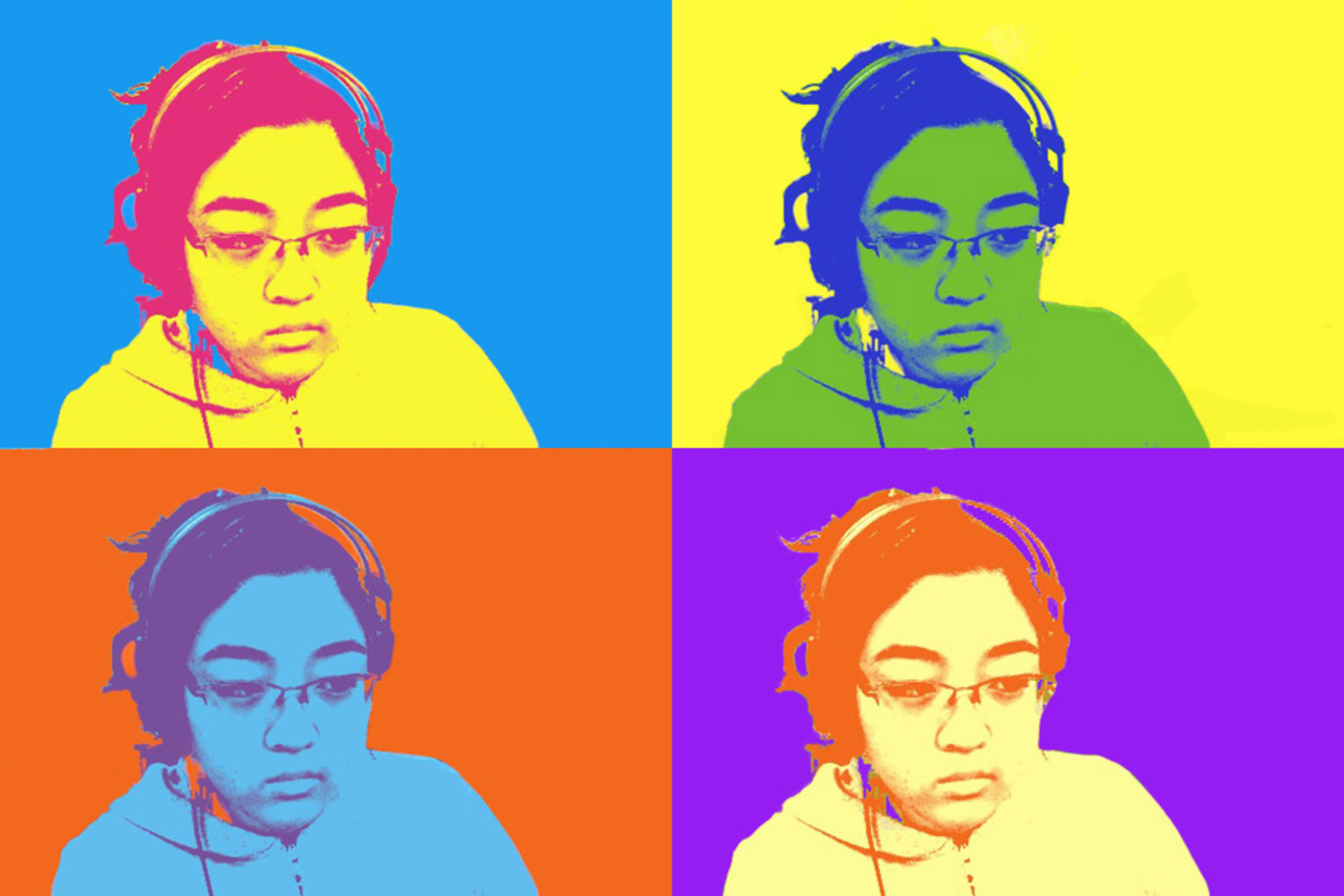