Made by jfrimpon, Mingquan Chen, Dominic Liu and sxv

Our product is a head-to-head mad lib game. At least two people are to go against each other in filling in verbs, nouns, etc. before time runs out and - most importantly - before the other person. The game will go through each blank and prompt both users for a word. The first person to enter a word will have their word chosen (if neither player types a word, the default word gets chosen). If a player enters a word, even if the other hasn't entered one, the game steps to the next word. This iterates until all words have been filled in. A winner is determined by who had the majority of the words in the story chosen. The player/team who lost then has to read the story that is displayed for everyone. This may give some an incentive to win the duel. 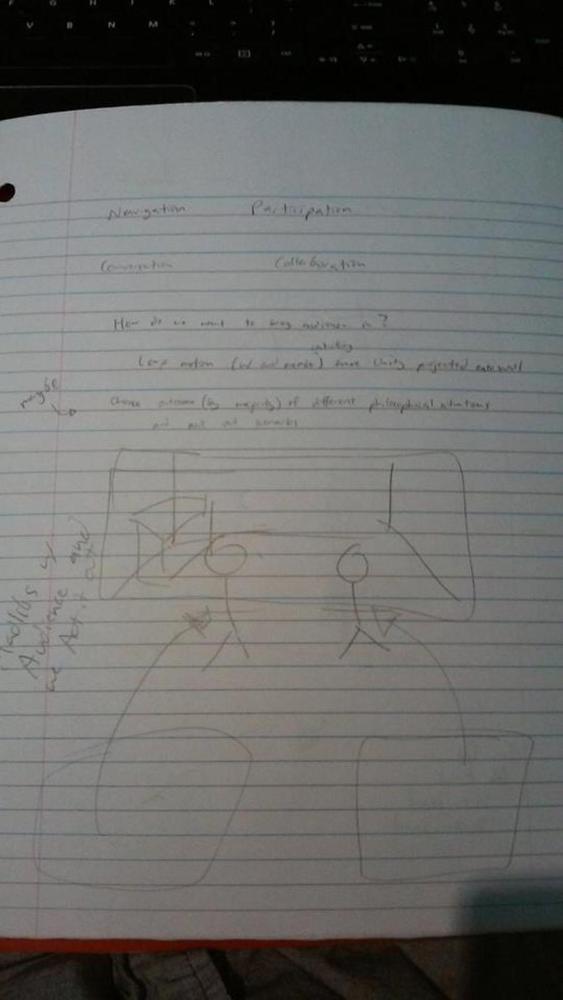 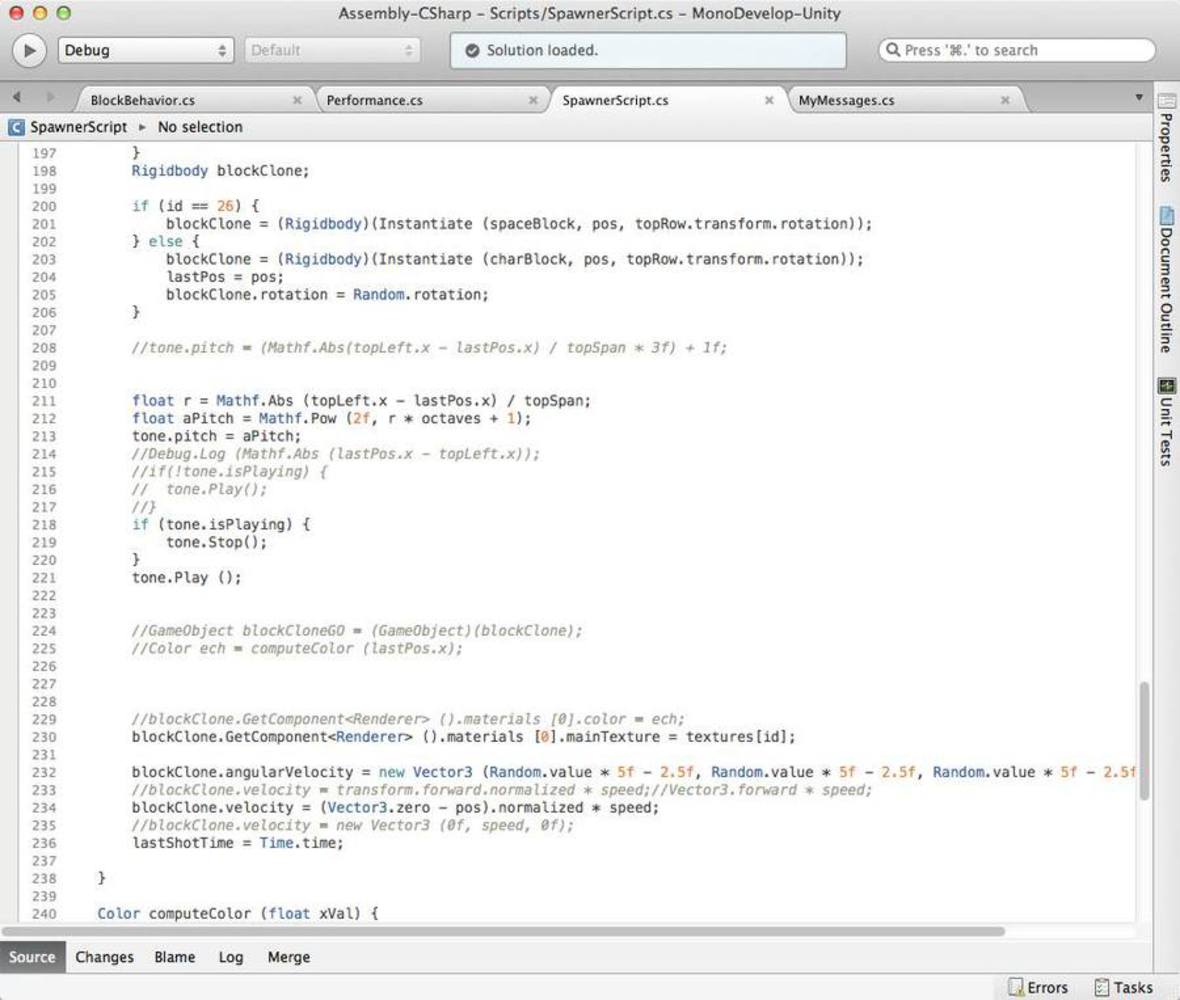 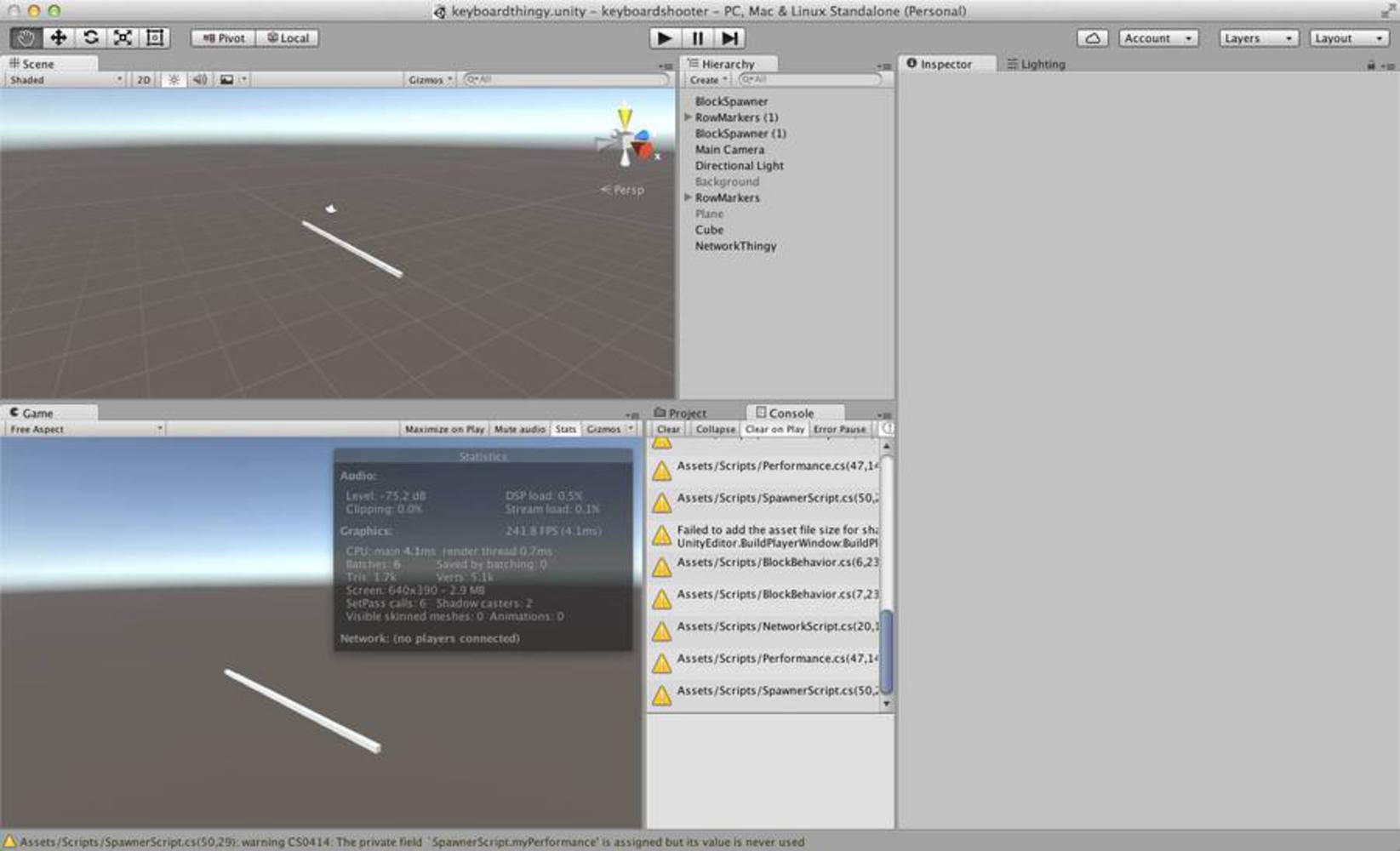 From the beginning of our ideation we knew that we wanted to involve the audience in some way. We went through many iterations of ideas, some decent, some horrible. The challenge was to combine audience participation, interaction, amusement, simplicity, and of course brevity while also maintaining the idea of a performance.

It was difficult to have technology not just be present, but for it to be an integral part of our idea. Essentially, we wanted to do something that would not be able to be done as well or at all without the presence of technology. In the end, we ended up with a product that successfully combined interactivity and performance with technology as its backbone.

While we were discussing ideas, the subject of Madlibs came up. We thought it would be perfect for involving interactivity with multiple participants from the audience and (although we wouldn't be able to present for long) would be able to be experienced multiple times in different ways. Each experience would be unique to the participants, yet there would be a basic shared structure that all could relate to.

We gathered inspiration from the "Text Rain" project that we saw in class. From that we drew our want to make each experience unique, dependent on the audience. Dominic also ran across a .gif of a "Magic Keyboard" (imgur.com/owqRfVV) and we thought it would be cool to include something similar to make it aesthetically interesting.

As far as projects that already exist with the same concept, we weren't able to find any, but it is similar to head-to-head trivia and other games because of its multiplayer aspect.

Our first idea was to have two of us be up on "stage" with a projected game. We would be blindfolded and the audience would have to guide us in dodging falling rocks/boulders/equally hurtful objects. However something like that would require the use of a Kinect (to interact with Unity) and unfortunately the development kit is only available for the Windows OS. Also, none of us had developed with one before and we didn't want to have to struggle with that step since our time frame is not incredibly long.

We also considered doing an "escape the room" style presentation with our scenario projected onto the wall behind us and with the audience choosing our actions, but having technology seemed more like a facet in that context rather than a core concept.

Building upon these ideas, we arrived at our current presentation.

To collaborate, we met several times in the Gates/Hillman building during the week and over the weekend. Dominic and Justice worked on the Unity game scripting whereas Mingquan and Sandor worked on sound and various visual aspects. As for the story, none of us had any outstanding story-making abilities, so we all pitched in to create something silly.

Reflect on the process of making this project. What did you learn? What would you do differently? What does your inner critic say about this work?

Overall we learned how difficult it was to remain true to core concepts and mesh them all into one cohesive work. Instead of being afterthoughts or unnecessary features, we had to meld performance and technology to create a unique and interesting presentation. Towards the beginning, we weren't able to all meet up at the same time due to some having exams and such. But we did find a run of a few days where we were all able to congregate and push out ideas and refinements. We worked well together and built off of each other's suggestions and ideas, whether they were good, bad, or completely different.

One of the biggest challenges was in determining what was nice to have and what was necessary to have. Some ideas would have been awesome to implement, but they were out of the scope of what we could pull off in time or they weren't quite relevant to what we were doing.

Something that we could have done differently was to assign roles right away. We sort of eased our way into them according to our strengths, but specifying what they were early on would have allowed us to hit the ground running and get things done a little sooner.

Our inner critic told us that we could have done better with the presentation in terms of organization. We neglected to rehearse our intro and so the concept of our presentation might not have gotten across to people immediately. Overall, though, we think it was very well received by the audience. There were many people laughing at the silliness of the game and story and there were others mentioning how cool the visual aspect of it was. A lot of hard work was put into it (Dominic even pulled an all-nighter to work on making the features better) and it showed. Our project turned out to be a success!

I thought your project was awesome. I loved how the audience was included in such an interesting way. I also thought it was unique and extra special that every iteration of the "game" would produce a new story, and thus a new piece of art.