Made by Judy H

I really like your minimalist approach to this song! I think this song has a very simple message that is very relatable, and I definitely think too many elements would take away from the message. From your description, I get the feeling that you want to put together a horizontal composition consisting of multiple images. I am wondering how many images do you think you will have? I think if you have too many images placed in sequence, the length of the composition might become too distracting for the viewers to grasp the overall meaning. For the background of your composition, I think it would be interesting if you can represent the life of the daughter from simple to complex or the feelings of the father as the daughter grows up. For example, maybe working with more colors near the end of the composition while keeping the foreground simple might create an interesting contrast. 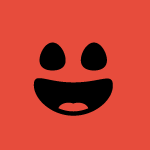 I definitely think you should go for the color approach. The examples you listed looked really good and conveyed a lot even with the minimalistic approach. Color can be used to show the mood, atmosphere, and depths. And in your case with the cinderella song, trying it out definitely would create a more engaging piece. As for the progression and the composition, you should try to recreate a detailed series of maybe on particular move that you found engaging instead of say the whole dance.

I actually disagree, and think it's not necessary to use color. You can achieve some really powerful mood/atmosphere using contrast. More contrast (black and white) gives a sharp feeling, which can relate "harsher" emotions, while less contrast (dark grey and light grey) would give off softer emotions. I think this could work out well.

Wow, I think this piece looks amazing! I absolutely love your inclusion of the pink accessories on the daughter and how she continues to accumulate more as time goes on. The idea of the father fading into the background and the daughter losing her father, as well, is great. I think it definitely echoes the sentiment of the song. While I do understand why you think that maybe you should have made the background warm colors, rather than cool, I think the cool colors work better because they make the overall piece appear more calming and somber. I think a warm color like red or yellow would have made the piece seem too energetic, which wouldn't really reflect the original song. I also really like how the colors reflect the idea of time and how time moves from dawn to midnight as the daughter grows up. I think that analogy is really special and it would be hard to represent that if you went with warmer colors for the gradient.

One thing that you could have done to reflect the more intimate nature of the song would be to change the color of the accessories on the daughter and father. Even though pink falls into the warm colors, it is still rather cool. Something more overtly warm, like gold, might better reflect the love the father has for his daughter.

Also, I love how the daughter as a child and a women is wearing white/almost white; it definitely creates a stark contrast between the father and daughter and puts her in the spotlight, just as the father does in the song. But the daughter as a teenager seems to blend into the background a little bit, too, since she's wearing blues that are similar to the gradient. I think that changing the daughter's dress so that she was in light blues, rather deep blues, might have made her stand out more and made the idea of her being in the spotlight more consistent.

But overall, I think this is a really strong composition and it reflects the song you chose really well.

This is a very well thought-out final outcome! I absolutely love how you tied the three images together with the pink accessories, creating a sense of unity and consistency. When I first looked at your composition, I noticed the repeated use of the pink color, and interpreted that you wanted to show a continuation of the relationship between the daughter and father throughout time. Your description matches my interpretation, which suggests that you successfully achieved your goal. The suit fading into darkness is very sentimental; I get the sense that the father is getting older and slowly fading away, and that makes me miss my own father. The frame you gave to the composition made the composition feel complete. The minimalist approach you took left no explicit facial expressions on the two main characters, which opened up a lot of interpretations for viewers.
I agree with you that the composition is perhaps not as warm as the song is. The blue gradient feels slightly distracting and disjointed from the rest of the composition. It would probably fit better if there are some hints at warm red in the background. Instead of a blue to black gradient, a purple gradient might also work, since it can also represent the time transition from day to sunset to late night.
Overall, I think this is a very successful composition!