My intention is to sketch 3 toys that are enjoyable to children, yet teach them about the world.

I tried to think about what toys would be enjoyable, but in trying to beaet them or get them to work, the child had to figure out some underlying physical principle.

I tried to think of toys i once had or activities i participate in. Then I attempted to use their underlying principle in another toy. I also tried to think how to educate someone to be safer in an activity such as football.

My first toy is an interactive tackling football dummy that teaches one how tackle properly.

My second Toy is trying to get a plane to fly, but teaches about bouyancy in air.

My third toy was a stomp rocket that you can change the angle of. This is to teach how to understand the combination of angles and physics.

It was harder to come up with toy designs than i originally thought it would be. Thinking of a toy that is educational, yet fun and safe for the child is a tough challenge. In addition, thinking of something that is "easy" to manufacture is not quite as easy as it seems. There are challenges that arise that you would not think would be an issue. Also, on the easier side - it is easier to keep a younger child entertained as opposed to trying to keep yourself entertained. By that I mean that a lot more simplified toy can be really fun for a child.
0 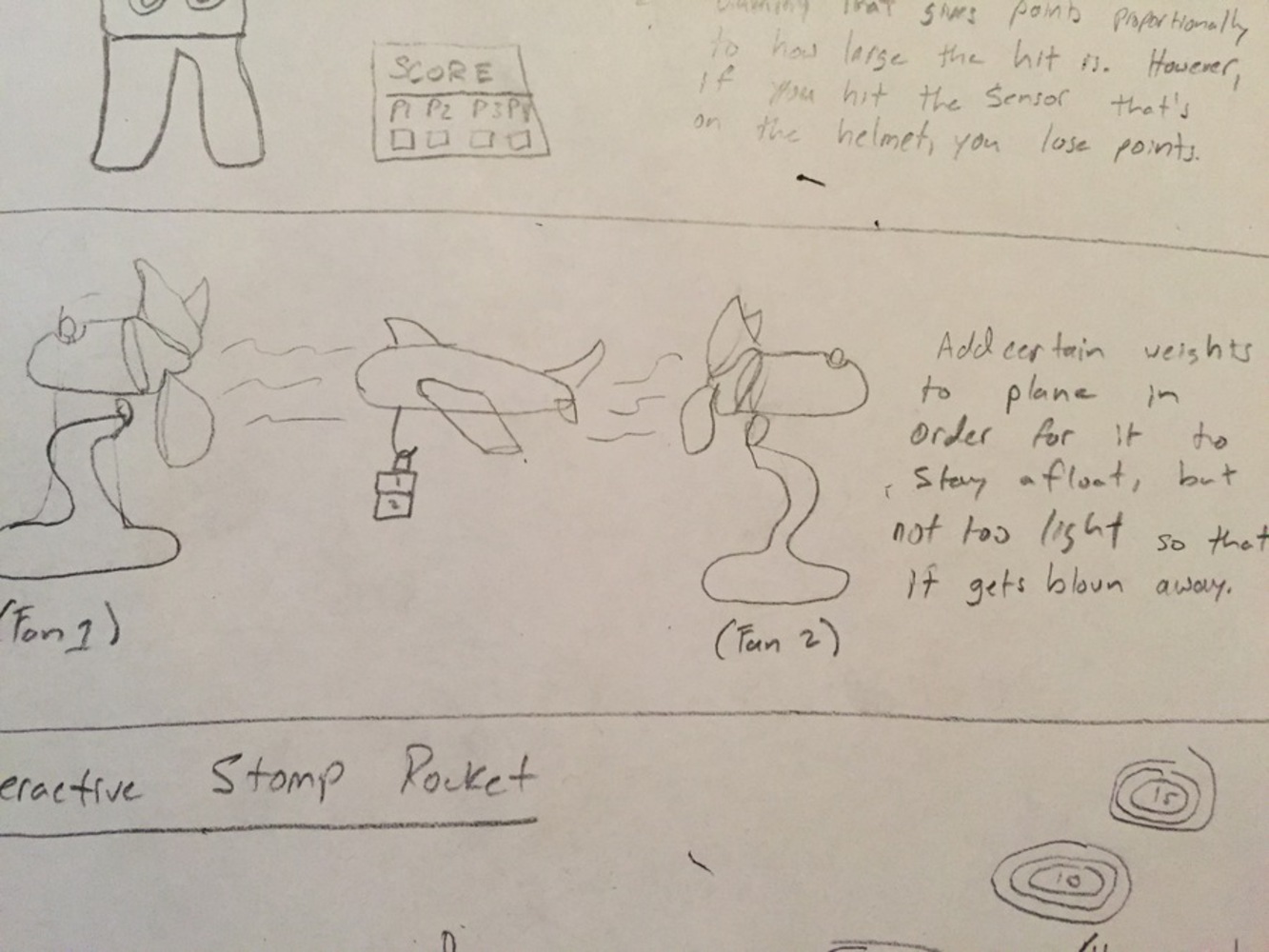 The toy above is made to demonstrate lift and basic physics. The child would use this toy by having a plane and two fans that are part of the package. Along with the plane comes "weights" that can be added. (This plane would be made of some light foam that can float but will not get blown around.) The plane would be in between the two fans and the goal would be to get it to stay afloat between the two by varying the weights and then placing it in the air flow.

The cost would not be too expensive. The planes and fans would be small enough to manufacture relatively cheaply. It would be somewhat durable, however styrofoam can break somewhat easily, especially in the hands of children. Luckily, the fans would be the more expensive part of it all, yet they would be more durable. It would be made safe for children, as the rotors on the fan could be made of a styrofoam as well, similar to the hand held fans that you give little kids at fairs and such. 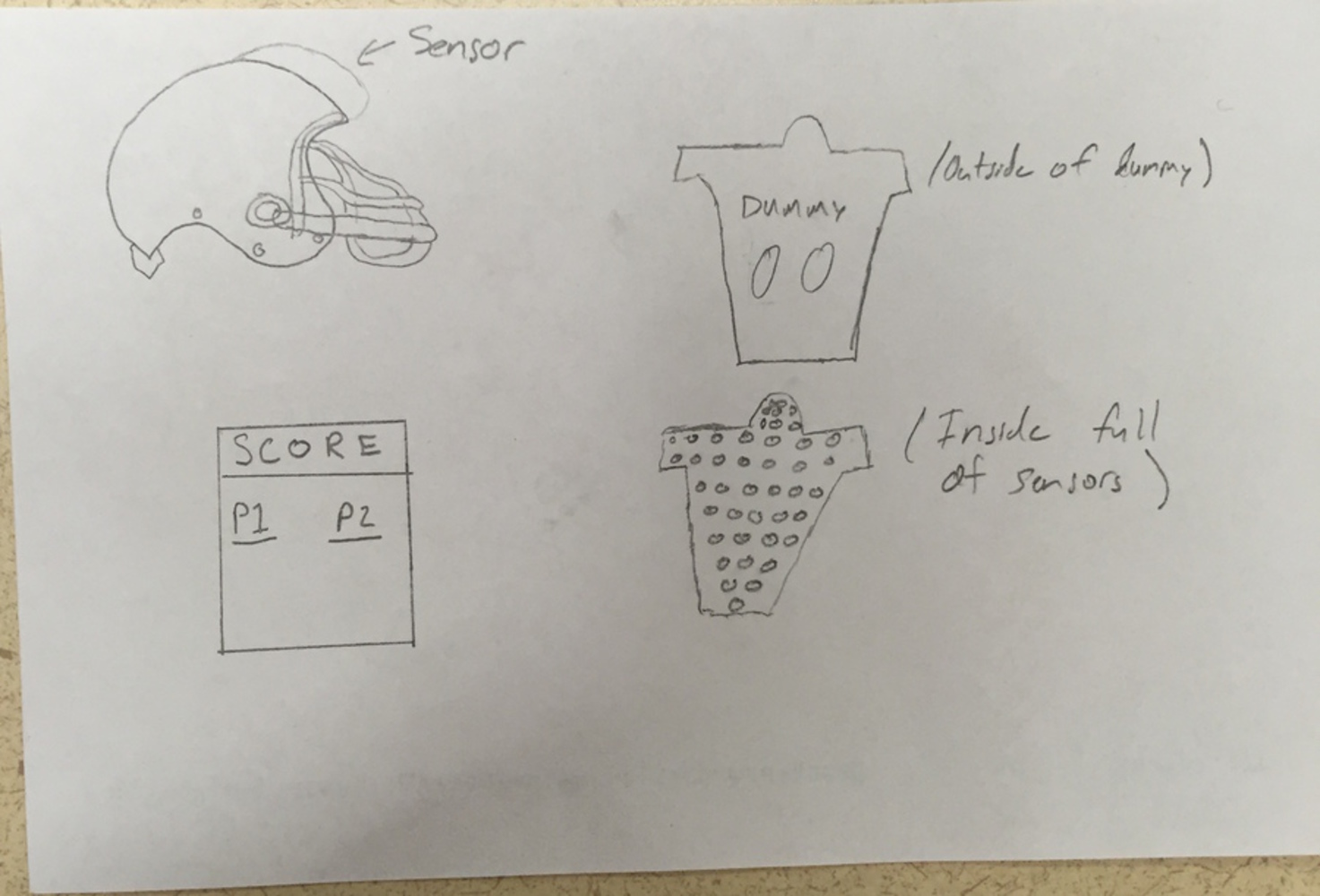 The principle of this toy is to teach about physics kinematics, the fact that Force = mass * acceleration. It would also teach children the importance of safety in football, as well as bring out the competitive nature among kids.

This toy works as children put on the helmet that has a sensor on the crown. Their task is to hit the dummy as hard as possible (with the greatest force if you will), and to do so in a safe manner. Thus, if they hit with their head, the sensors on the dummy and helmet will detect it, and they will be deducted points.

This toy would be a bit pricier due to the sensors and a somewhat sturdy helmet. They would not need a normal football helmet that a player would use simply because they are hitting a stationary, padded target - as well as trying not to hit with their head. However, the toy can be used for recreational football teams, in order to make a fun, competitive way to teach football basics - such as tackling and blocking. It would be safe in respect to the fact that it is extremely rare for somewhat to get hurt hitting a tackling dummy. It would also make it safer for children to play football. 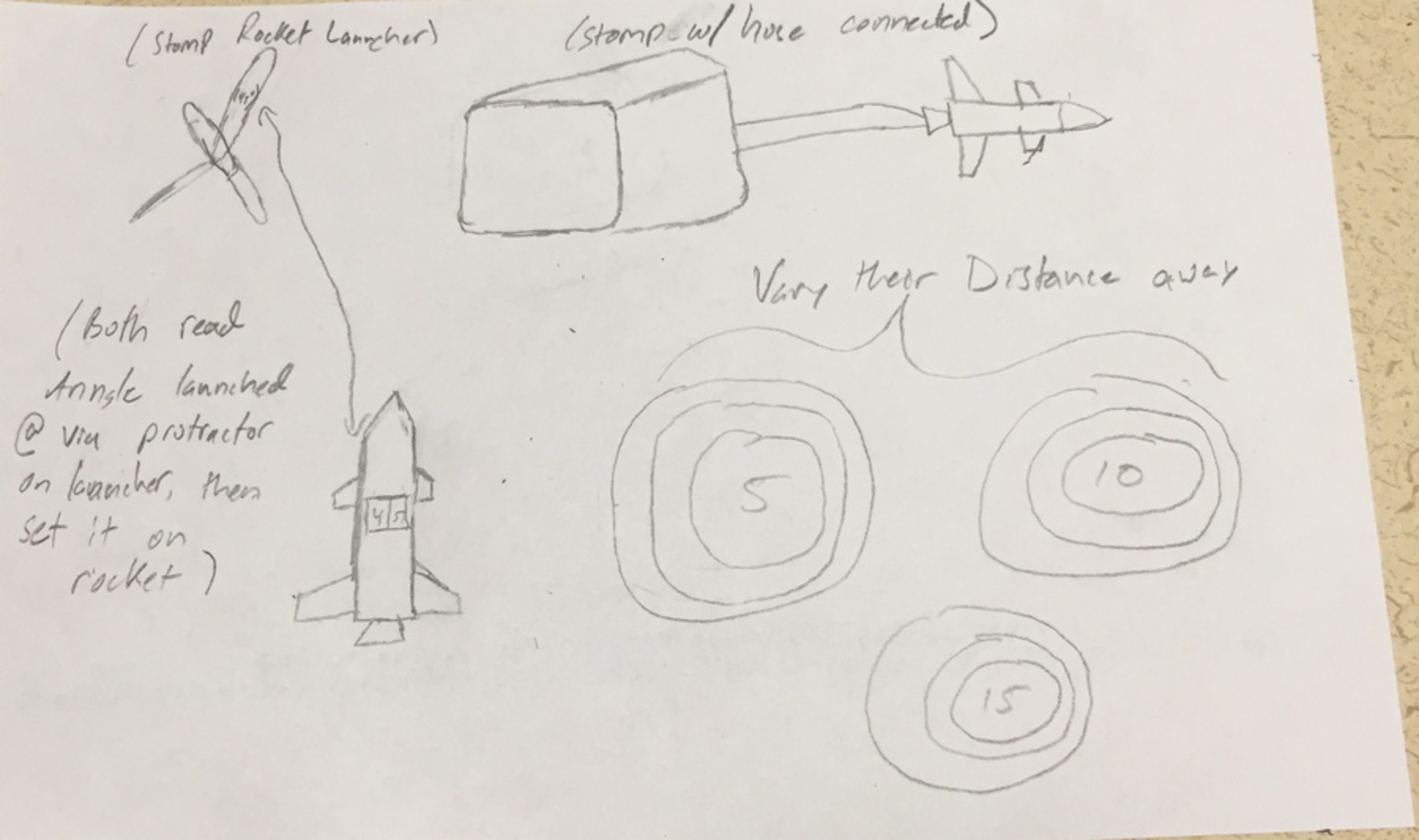 The principle of this toy is to teach children about the use of angles and some basic physics kinematics. They would learn that at 45 degrees, with maximum force, a rocket would travel the furthest.

There is a stomp that the children will either jump or step on with a certain force that launches air into the rocket. The rocket is on a launching station that you can adjust its angle. In doing so it tells you what angle the rocket is at, and then you can set the angle on the rocket itself so you do not forget. After forcing the air into the rocket, the rocket will be launched to hit a desired target, each of which has different values. The children playing will be attempting to get to a certain score first, which they cannot go over. Thus, even though the 15 point target is the most and the furthest away, sometimes they will be forced to hit the closer target - this will allow them to learn more about varying angles and forces.

This will not be very expensive to create. These are already made without the variance, angle readers, and the targets, which would not add much to the cost at all. It would be very durable, however the rockets could potentially break because they are made of a styrofoam that allows children to launch them. These would be safe even if the children made the mistake of shooting at each other due to the fact that the tops would not be sharp enough to hurt anyone.

In doing this project, I realized that it is initially difficult to try to come up with a toy that teaches something about the world. However, after contemplating different toys and variances of already created toys, I realized that the majority of them already teach some type of skill, lesson, scientific theory of life, etc.

In looking back about when I played with toys, I learned the basics such as having respect for others, my toys, and that some things are expensive. However, I also learned some basic principles such as if i push on something harder (or put more force into it), it will go further. At the time I did not know that this was me giving kinetic energy to this inanimate object, but it did help me to understand later in life when I learned the actual science behind it.