Made by Yijing Chen

A troperiffic Choose-Your-Own-Adventure game done in the style of "The Stanley Parable" and "Pick Up the Phone Booth and Aisle".

I read TV Tropes. I have explored essentially every version and variation of every idea in narrative. There is nothing new to explore under the sun. Every possible concept and twist that people might want to think of as original… isn’t. (For instance, even before the time of Asimov, people had considered fantastic automated contraptions and the philosophical inquiries these contraptions inspired.) Thus, it is almost impossible for me to sincerely enjoy a piece of narrative media without instinctively scrutinizing the tropes it uses.

Where do you go from here, then, when you’ve heard of every story and are asked to reinvent? I’ve had to tackle such an issue as I’ve worked through this project. When you have heard of every trope used in narratives, you start looking toward higher-level concepts. In particular, I decided to play with some of the unique elements of the narrative medium itself to produce a work that defies what narratives can be.

I went for a choose-your-own adventure as the medium for this project, using Twine to organize every node in the story. The narratives I based this project on were also digital interactive fiction of sorts; it would be hard to capture the essence of a diverging story without divergence.

When I thought about this week’s assignment, I focused on subverting the reader’s expectations. Narratives have become sophisticated enough that we come to expect certain events. Action movies feature a tough, quick-thinking, and impossible male lead, a sensuous yet just-as-tough female lead, a comic relief friend of them, and an antagonist that fights against the male lead with as much wit as lead. We have come to expect the typical tropes, but we also crave twists to these expectations. Subverted tropes are what make stories compelling and interesting, after all.

We’re at a point where we want to satisfy both expected tropes and subverted tropes, but there are few ways to rehash a story to make it not reminiscent of previous works. The concepts and twists our stories take nowadays deconstruct the medium itself as much as the story. Films are no longer linear but use in media res and other chronological alterations. Video games chastise the player for trying to win or achieve a high score. What is even considered a story is up to discretion for some media.

Hence, for my project, I deal with the expectations people have and suspend for media through twists of varying caliber.

At the intersection of interactive fiction and postmodern metasubversion is The Stanley Parable. The game technically simple; the player character can walk around an office building while a narrator describes events. There are multiple paths the player can take, and many of them lead to unique endings. Why the work was acclaimed was for applying postmodernism to a novel medium and going all out in breadth. The game creates the illusion the reader has a choice and that these choices are meaningful in some way, and it manages to entertain all the while.

Another inspiration for this project is another piece of interactive fiction called Pick Up the Phone Booth and Aisle. It could hardly be called a game, in that it ends after the player’s first move. It is more Schrödinger’s Narrative, in that the story—and the expectations the player makes—is only decided upon executing an action. We have the technology to produce stories that exist conditionally depending on the reader’s actions. I find that at least a bit innovative.

Hence, the project here is cut from the same cloth as the two works mentioned, in how it deconstructs how the expectations of how narratives themselves develop.

0
The flowchart of this project's pages. The highlighted box in the top-left corner is the starting page, and the nodes marked in yellow are endings. 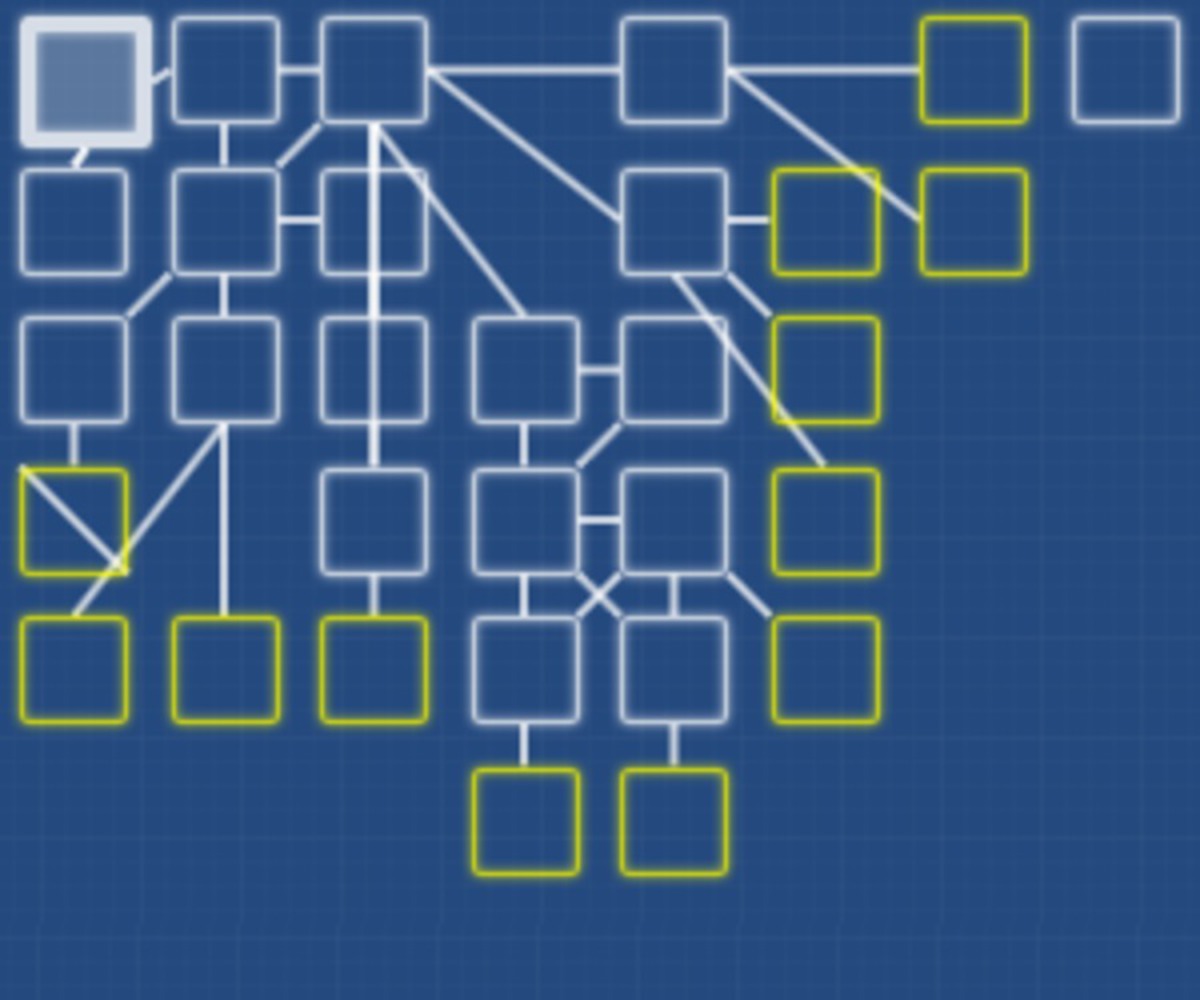 Righty, interactive fiction. I had dabbled in it as a Java project, but for the most part, I was unfamiliar with the technology required to make such works. I was familiar with Inform 7, and so I gave that a short for making my project, but as I was reading tutorials and documentation about the language, I had realized it was the wrong tool. Gamebooks, yes, were interactive fiction, but Inform 7 was catered toward Zork-likes more than books. There was a way to retool Inform 7 into creating gamebooks, but I figured that that was too high a learning curve for my current schedule.

Hence, I went to Google for help, and Google responded with a website called Twine. It provided a fantastic yet unprohibitive GUI for developing gamebooks, modernized for the digital age, and I spent a number of hours creating a branching story from the roots of The Stanley Parable and Pick Up the Phone Booth and Aisle.

I had accidentally encountered the very interesting dilemma between storytelling and gameplay as I had the story develop. An audience might expect either story-driven gameplay or puzzle-driven gameplay. While crossing this expectation’s boundaries may be interesting, I had considered how distracting one form of gameplay would be from the other. If my schedule allowed for more experimentation and less of a definitive result, I might have dabbled with more standard interactive fiction elements such as an inventory or puzzles—so long as they do not detract from the narrative.

In addition, I feel as though the project was less so derived from the source works and more so inspired. Sure, the narrator of my narrative quips, but the narrator talks to neither the player character nor the player, as per The Stanley Parable. A more standard interactive fiction environment with a text input rather than a decision tree would allow for more interesting narrative-reader interactions, but of course, that requires more planning than what a week would allow—especially for a project that branches extensively. That is where Pick Up the Phone Booth and Aisle succeeds. It would seem that unconventional storytelling requires unconventional structure to emphasize its point.

This must have been extremely hard work! It's incredibly creative and does a great job of achieving what you set out to achieve. I personally didn't think that 'my' 'the end' would be so abrupt and I really liked that. It was written very well indeed.

So I guess I would try and add accompanying pictures to each page to make the story more immersive if I had to change something, but that's mainly because I'm a picture kind of guy.

A troperiffic Choose-Your-Own-Adventure game done in the style of "The Stanley Parable" and "Pick Up the Phone Booth and Aisle".