I chose 'Alpha' by Jacqueline Humphries at the Carnegie Museum of Art. 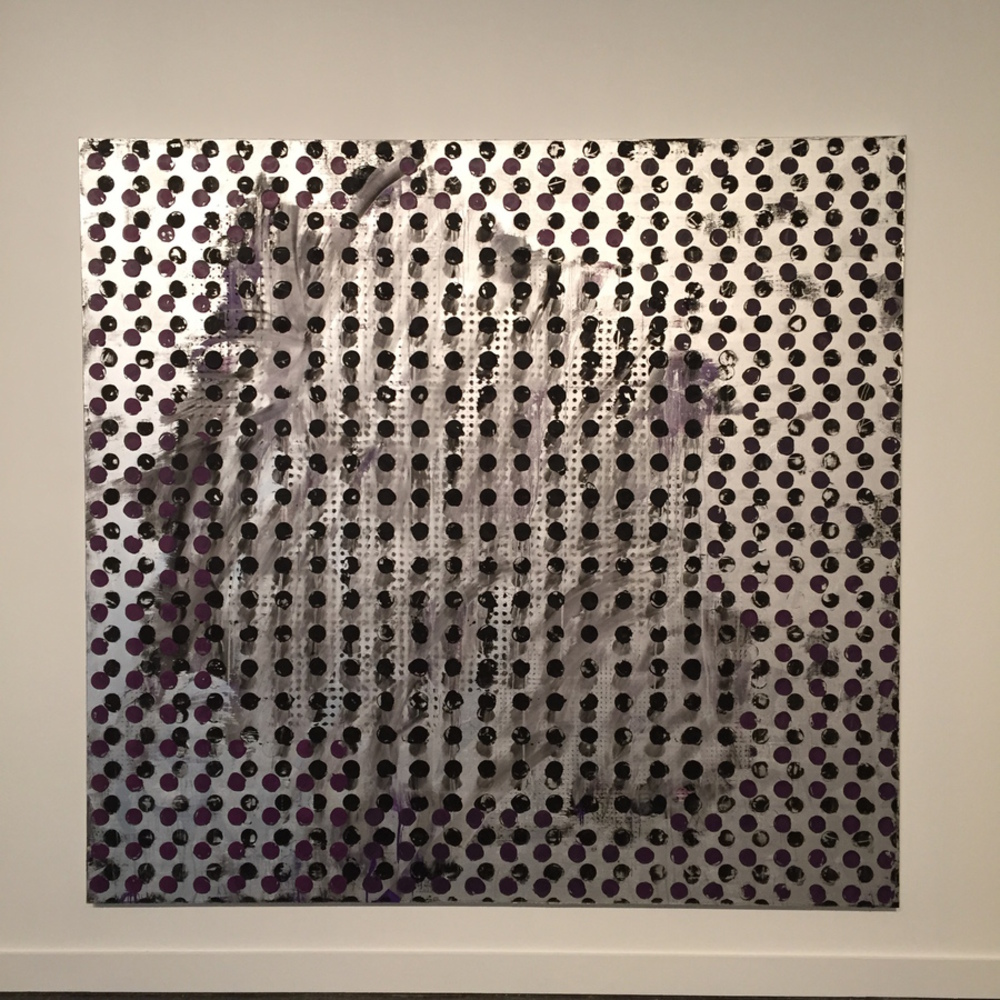 I initially chose this one instead of the others done by here because this has only three colors so it's nice and simple, it almost looks metallic, and it has purple which is my favorite color. So at the first glance, this one was the most compelling one for me.

It's a very ordered painting. It seems very controlled. There is a grid of purple and black circles in the foreground with a metallic silver background. However, in the left center, there's a giant 'smudge'  and the purple circles never enters this region. Within this region, there are smaller black dots seemingly behind the bigger black circles, also in a grid fashion.

This drew me in because of the color and the simplicity, but then it made me curious because of the smears in the center. If it were just the smears, or just the nice ordered grid, I wouldn't have paid it much attention, but the fact that they come together to create the same painting is what fascinated me because their ideas seem so contrasting, but she painted it in a way that they're complimentary.

As far as the composition and color go, the point of focus is clearly the central smears. It's simple but meticulous and very balanced and symmetric aside from the smears, as seen by the grid. The silver in the background is very metallic, meaning that the painting is almost a function of the light shined on it. From the light at the museum, the purple circles on the top right looked like they were black as opposed to the ones on the bottom left. Depending on where I stood in relation to the painting, the some purple circles would look black to me.

The longer I stayed there, I dove deeper into the painting. Eventually, I realized that this painting made me think of the line "you're only human". After she did the metallic background, the grid of small dots seemed like where she started the painting, but quickly she realized she didn't like that and thought it was a mistake. So she smeared the smaller black dots to cover them up and start again. This time she went with the bigger black circles. However this still wasn't perfect for her. So to fix her mistake, she added the purple circles in conjunction with with the black circles.

It seemed as if she kept her 'mistakes' in to show her audience that it's ok to mess up. As long as you try your best, the outcome will still light up with how hard you've tried and it will overshadow the mistakes, the same mistakes that got you to where you are. It just depends on how you look at it.

I created a video of an artist struggling to draw 'the perfect illusion' where depending on the audience's perception, they'd see a young woman, or an old woman. I used iMovie, clips from the movie "The Artist and the Model", google images, and a cover of Sia's "Titanium". I did this because I wanted to capture my visualization of Jaqueline Humpheries's process to create this piece, and I also wanted to show what I saw about perception in the painting.

I approached it this way because after the first 15 minutes or so, all I could wonder was why did she smear the center and keep it in the painting, and what I wrote in the response is what I came up with. I used to edit videos in high school and I'm not comfortable with drawing things so expressing myself through editing videos is what I chose.

I learned that art is much much much more than just what's aesthetically pleasing. Through this experience, I feel that I was really able to appreciate art for the first time (by myself I mean, without people telling me what I should think about art). Staying with the piece for a prolonged period of time and constantly thinking about how and why the artist did what she did, and how and why I felt the way I did really opened me up to a whole new world I feel.

I feel that I accurately captured my experience because I think it's clear what's going on in the video, and how it ties back to my response. 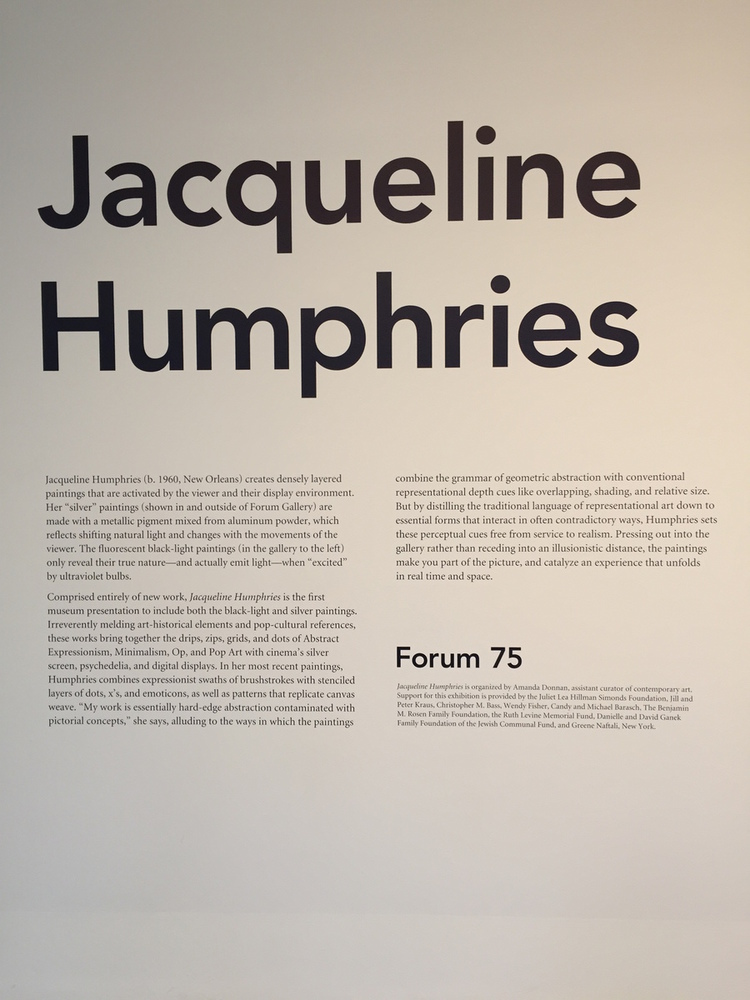