Using VR to help people (in specific prisoners) re-contextualise traumatic memories and help them move on. To accept, and forget.

This project is a proof-of-process for using Virtual Reality in a therapeutic setting to help the user forget a negative memory. For this project, we focused on prisoners who may want to forget or recontextualize a negative memory by experiencing it again in a controlled environment. By combining easy-to-use and activate VR technology with an experience journal, the ex-offender can scan a QR code added to their journal, and be teleported back to a traumatic location that corresponds to their journal entry. Under guided supervision, this can be a safe and cathartic experience. Without a guide, this process still delivers the freedom of choice back to someone who had lost it.

We are not aware about liberty. We don’t stop and think generally about what liberty means, what freedom is. Unfortunately, some people get to know it really deeply. So much deep that they get trapped to the reclusion for the rest of their lives. As you may notice so far, these people are in prison. They aren’t owners of their liberty anymore. But they won’t either once they are locked out from jail. We are not only talking about physical freedom, but mental freedom. Being psychologically in peace.

Collecting some bad experiences now ever and again within the scope of your general life can make you feel uncomfortable but it is still tolerable due to the fact that they are mixed with another bunch of positive or even neutral memories. You can combat those bad experiences with just “escaping”, going somewhere else, doing another activity or in an extreme case scenario, you could even move city and “reset” your life.

Prisoners just cannot do that. Prisoners normally are convicted for quite a long time. They cannot go away from the problems. They cannot do “another activities”. They will face their problems every single day of their lives. They will drag such amount of suffering in their memories that it will create some future injuries.

The problem comes (if there was only one) when they get the liberty and get out of jail. Their memories will have such a deep damage that they will be negatively affected for the rest of their lives. Consequently, they won’t enjoy the liberty as much as if they had never been in prison.

Release doesn’t mean freedom. Our intervention is based in an exchange. It is a way to combat directly with those bad memories collected during the time in prison. It is a long term process that entails living with the present – past memories until you get released. As a prisoner, you are given a journal. Here, you will have a blank page every day of your stay in prison. All those bad experiences such as bullying, fights, thefts, starve, isolation, non-intimacy, mental tiredness, discomfort, darkness, etc, are written down. Everything you write down will be erased in a later process. Every detail you forget to write in the journal, you won’t be able to delete it.

At the moment of the release, you will be given a replica of your journal as an exchange of your original one. The difference is that your text will be now QR codes. So you won’t have the ability to read through the journal. There are on QR code per page. You will be provided with a VR headset with it. The only way to permanent delete your bad memories is through scanning the QR code with your phone, wear the headset and gather your courage to re-experience those awful memories again. Yet it will be a bad moment, but as soon as through recalling and re-experiencing the bad memory, they will disappear from the headset, so the QR code won’t house any information any longer, and more importantly, the memories will be deleted from your brain too.

Imagine a life without anguishing anymore and not even remember the jail. Can, these people have a better life with this project? Will the residual memories such as “knowing that you have been in prison, and only remembering the non-bad or neutral moments” place an important role in your new life? Will it cause conflicts?

// RAPED IN YOUR CELL

// THREATENED IN THE BATHROOMS

The mediums used in this project consisted of

- a journal full of QR codes

- VR set with iphone that had a QR scanner installed 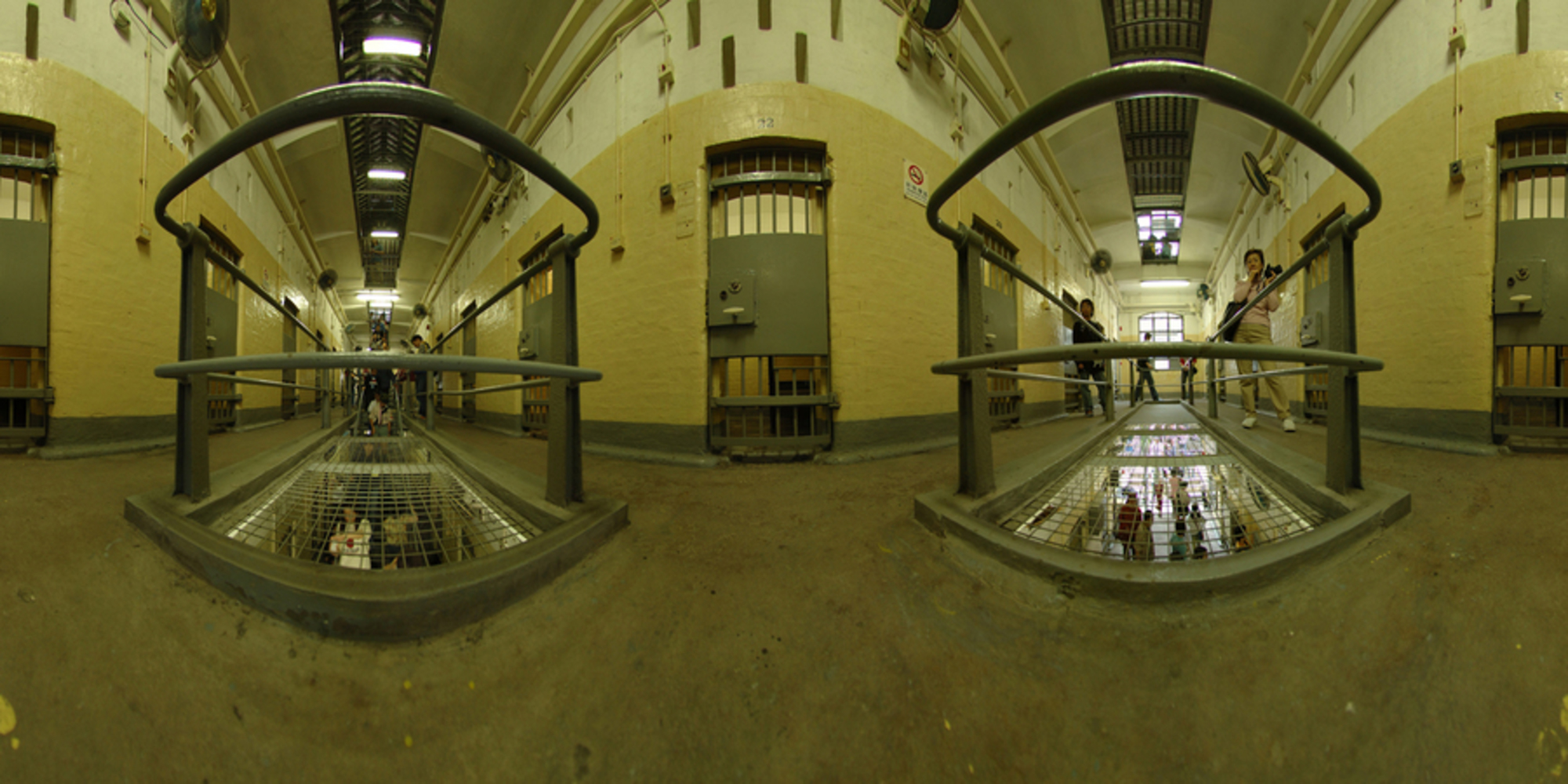 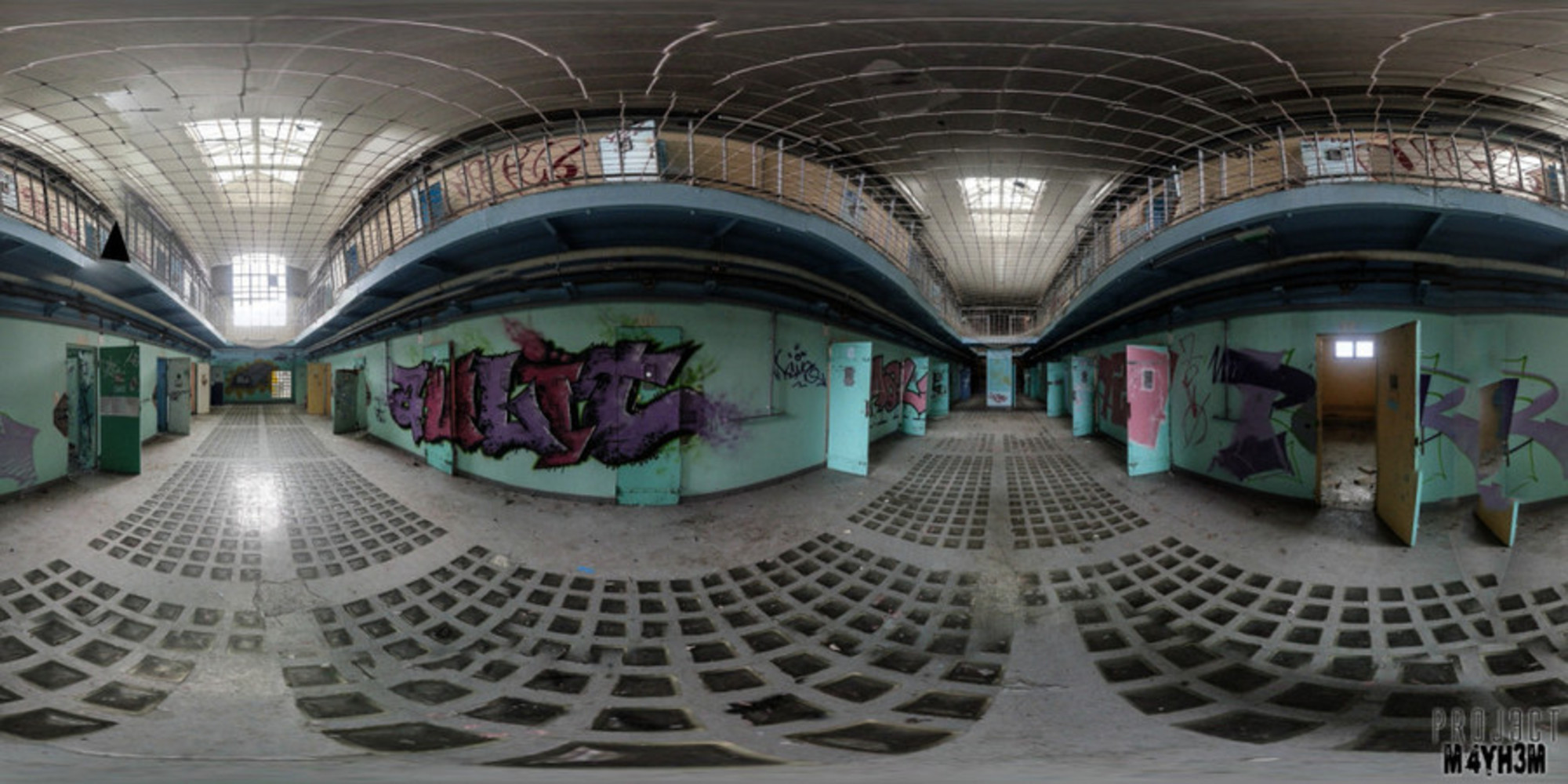 These panoramas were hosted on my Github account www.roisinpearson.github.io/ so that the QR scanner could access them. To do this the images were saved as an a-sky tag using the a-frame js library. The panoramas are available for viewing here:

A platform where reveal your past experiences has loads of different outputs. We tackled the “therapeutic” approach as a helper to rehabilitation and re-insertion to society. Stepping back, I think there is a lot to say in the way we communicate and how technology can tweak this. As well as instantaneous translators devices are appearing and they can change the communication in the future, re-thinking how we share past events is crucial. Being empathetic is not even close to “being under other’s skin”. There is so much that is missing through the path of communication.

We can stretch this project out from the jail scenario to any valid bad experience that you want to share with others. If we can recreate past experiences through virtual reality and share it with others, it would entail to dispose of an instantaneous feedback from the other person that is inserted in your memory. So you would re-experience this memory, totally unaware about the actual context, so you would literally travel back in time, but with a constant “voice-off” coming from your relative, making you calm down or giving you advices on how to cope with that situation. Not in a sense that we can change the past, but in a sense that psychologically it would help to cope with the suffering in re-experiencing that memory if it was the case.

If we scale it out to a social level, it would be useful as well to understand different cultures, different behaviors, in two directions, for the part re-experiencing it and for the part that is seeing it for first time.

Perceptions are uncontrolled points of view that cannot be precisely explained nor depicted. They just live in the ethereal world and is subjective and difficultly shareable. Technology will work on this area, and we are starting to understand it through virtual reality software.

Using VR to help people (in specific prisoners) re-contextualise traumatic memories and help them move on. To accept, and forget.