Use the experience of Dialtones (A Telesymphony) and create a similar inclusive environment in a slightly different, equally digital medium

I focused on the work by Golan Levin et. al. named "Dialtones (A Telesymphony)". 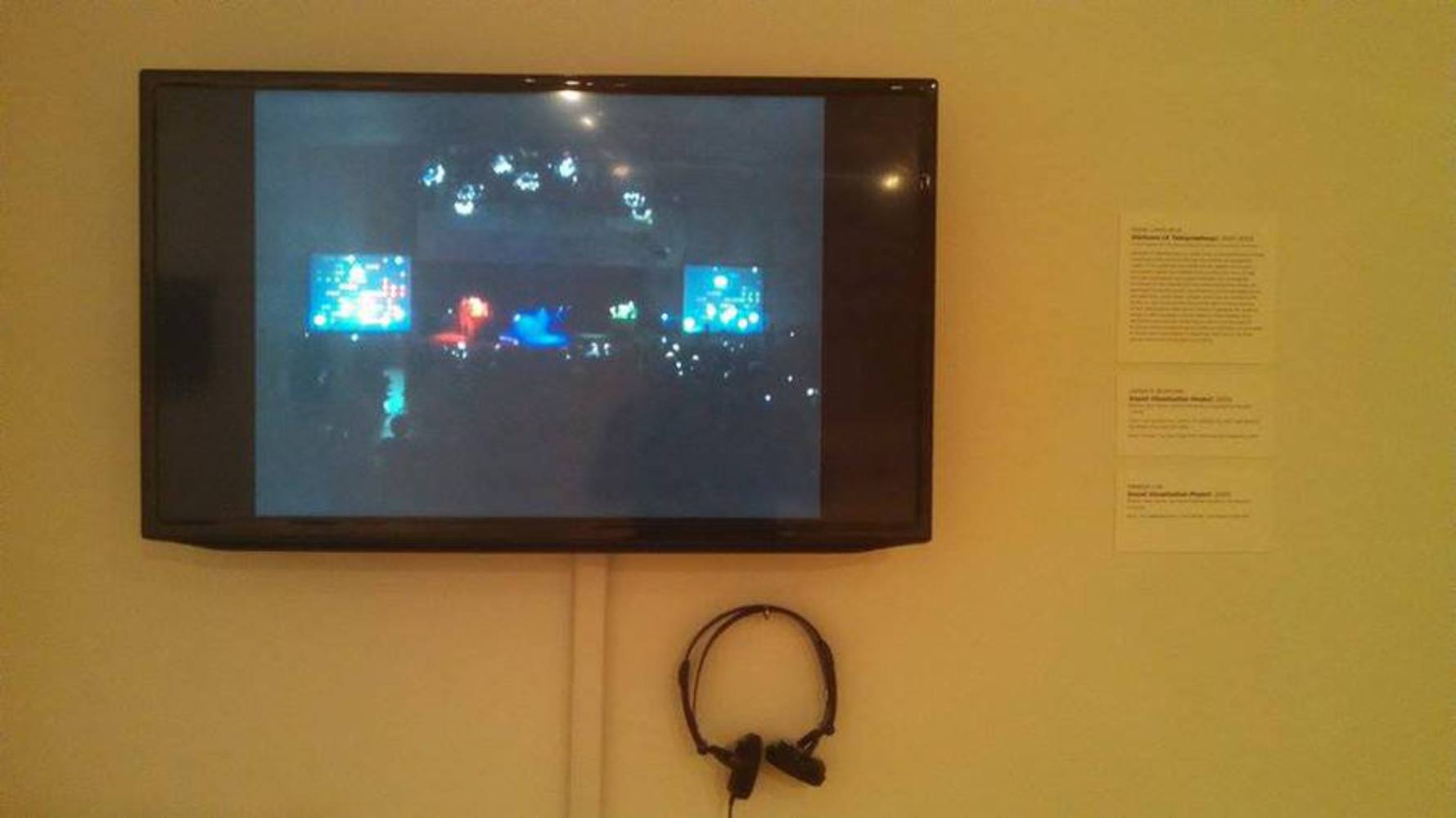 At this performance, the audience members submitted their phone numbers upon entering, and were then assigned a seat. As it was 2001-2002, all their phones were "Nokia" phones, or similar:

The artists then created a symphony of ringing telephones, highlighting the audience members as their phones lit up. I found this really interesting, as it brought the audience members into the performance, but passively. I thought that the usual conflict of cell phones going off during a concert was being purposefully dissolved and making it instead the highlight and sole medium for the concert. 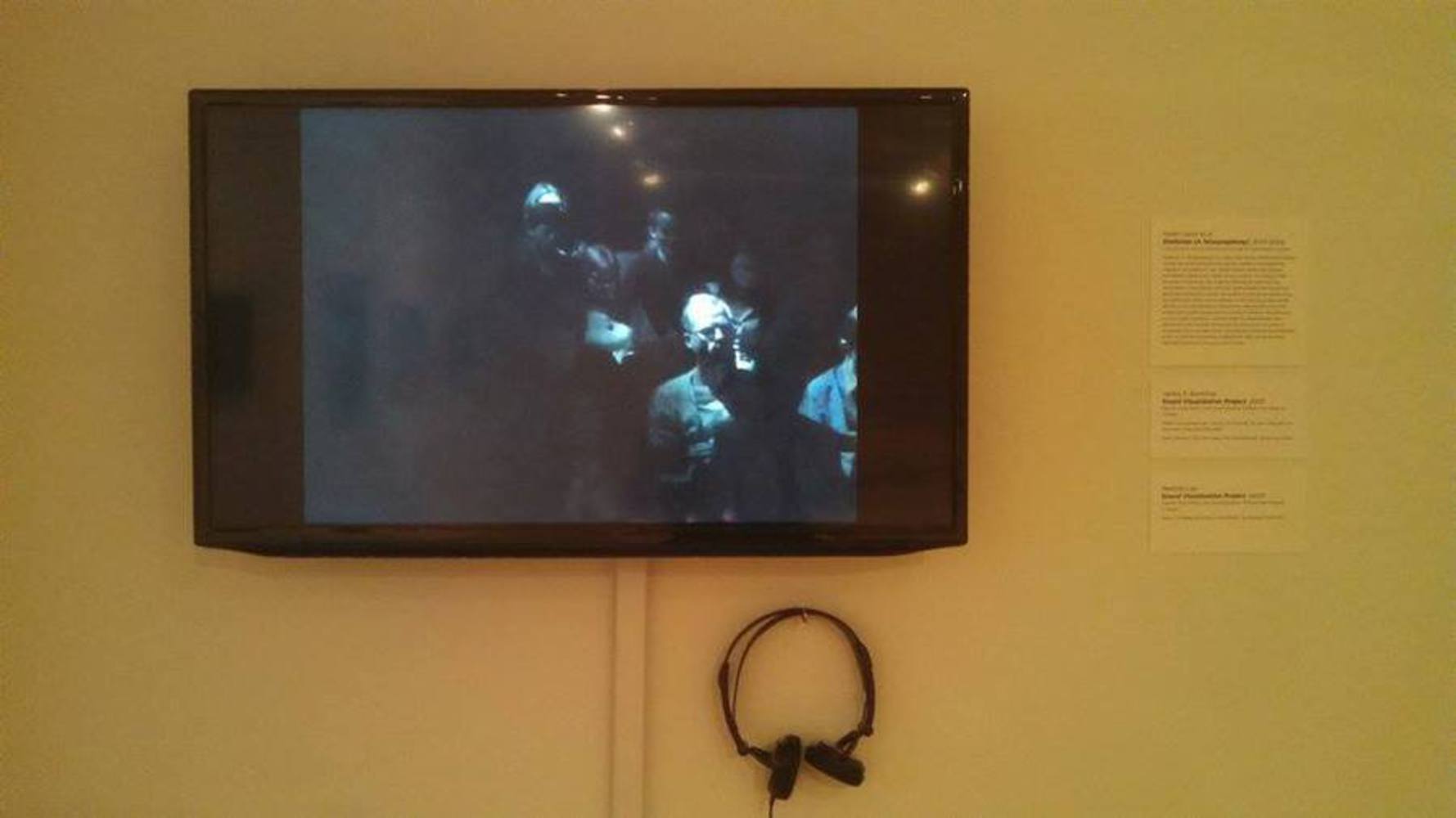 The work initially made me think of the mixed media that we have been studying, as well as the use of sound clips in songs, such as Spongebob's voice in "I'm Ready" by AJR. I was thinking how everyday noises and technology can be reworked to sound out of the ordinary. It brought a sense of consciousness to the audience, both within the work and to me, the audience member. The relationship of the phone ringing and the light shining on the audience member involved the person, and in a sense made art more accessible to the average observer. 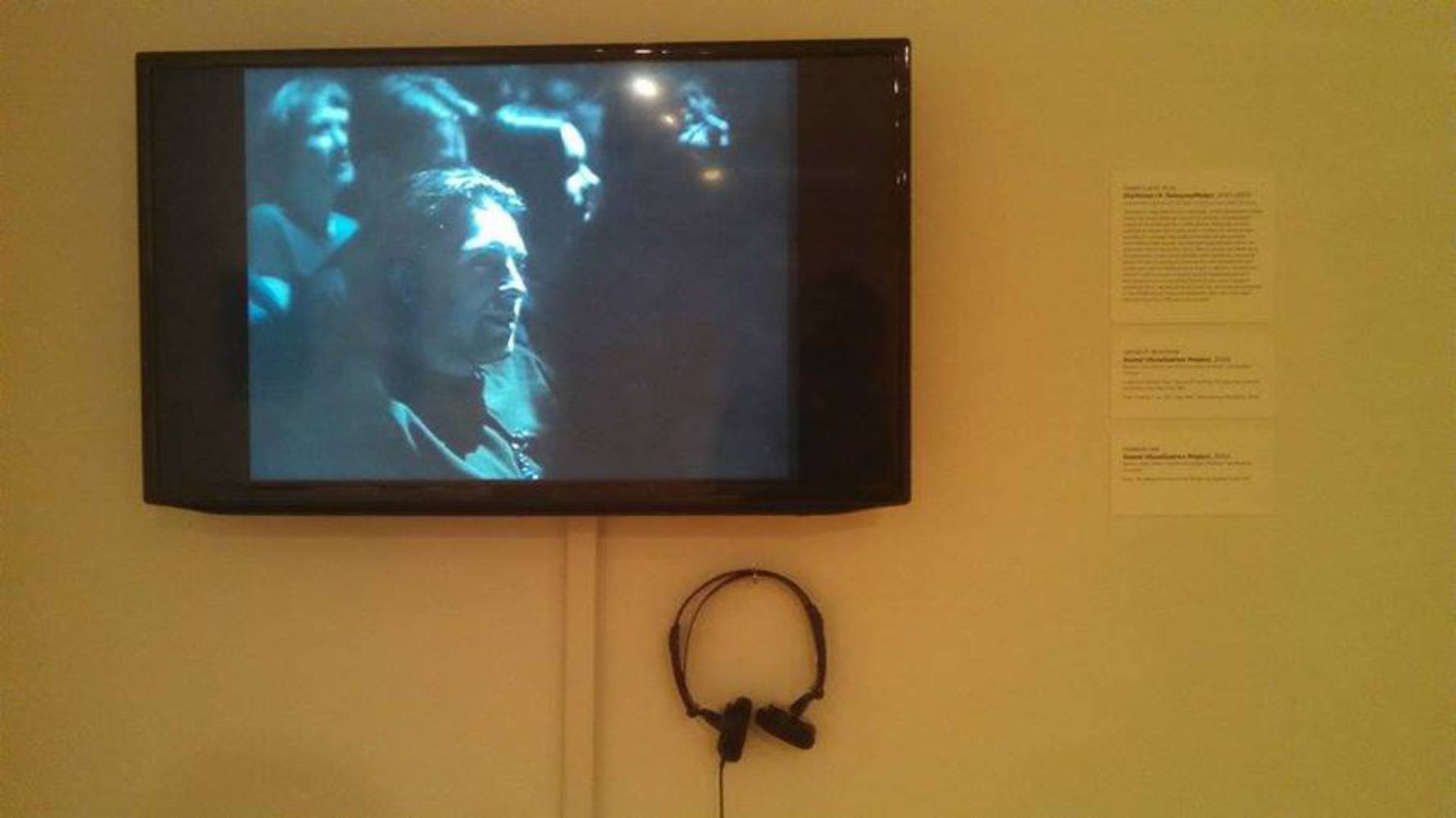 There were occasional moments of laughter from the audience. For example, when the Telesymphony started, there was only one, very average, ringtone playing in the audience. People laughed as it alluded to the typical situation where someone had forgotten to silence their cell phone during a movie or concert. The tones then turn into what I quickly noted as "a jumble of sound and lights", as more ringtones went off. There was a wide variation of ringtones, that the artists went back to playing, showing the diversity of the audience.

The artist then used the phones he had on his table, and focused less on changing who's phone was ringing in the audience. Here, more than ringtones were used. The button clicks and "caller cannot be reached" created a (most likely unintentional) nostalgic feeling. For the audience, the sounds blended together may have been another example of normal sounds sounding more extraordinary.

The parts that sounded the most like typical electronic music (and were therefore more pleasing) also felt the most inauthentic. The ringtones were pieced together like notes would be in music, and it became less about the audience's technology and more about music.

I think the artists touched on the accessibility of music, and how its present in our lives. However, beyond that I think it is only accessible if we have the ear for it. Not necessarily that the individual must be skilled in music to see it daily, but that the individual has to be listening. His transformation from a "jumble", to music is his way of opening the audiences, and now those who visit the Miller gallery, to the music of everyday.

Inspired by the use of cell phones, I decided to use the tones that you hear when you type in numbers to make a call. I recorded clicking 1,2,3,4,5,6,7,8,9,0 in succession, then used each number separately on Audacity (shown below). I wanted to capture the inclusive feeling of the work, and the importance of the passive subjects. I took a video from my phone of people I spoke to regularly on the phone. This, too, included the importance of technology and how it connects us, as did the original work. For each person that appeared on screen, I would use the tones of numbers from their phones. If two people were on the screen at once, I would put both tones in the melody. In the back (shown below as top two rows) were the numbers 4 0 7 playing on repeat, because that is there area code. It again shows the unifying qualities of technology and music, and how it can connect us from so far away (Florida). Using everyone's phone number, I was able to involve the passive participants. 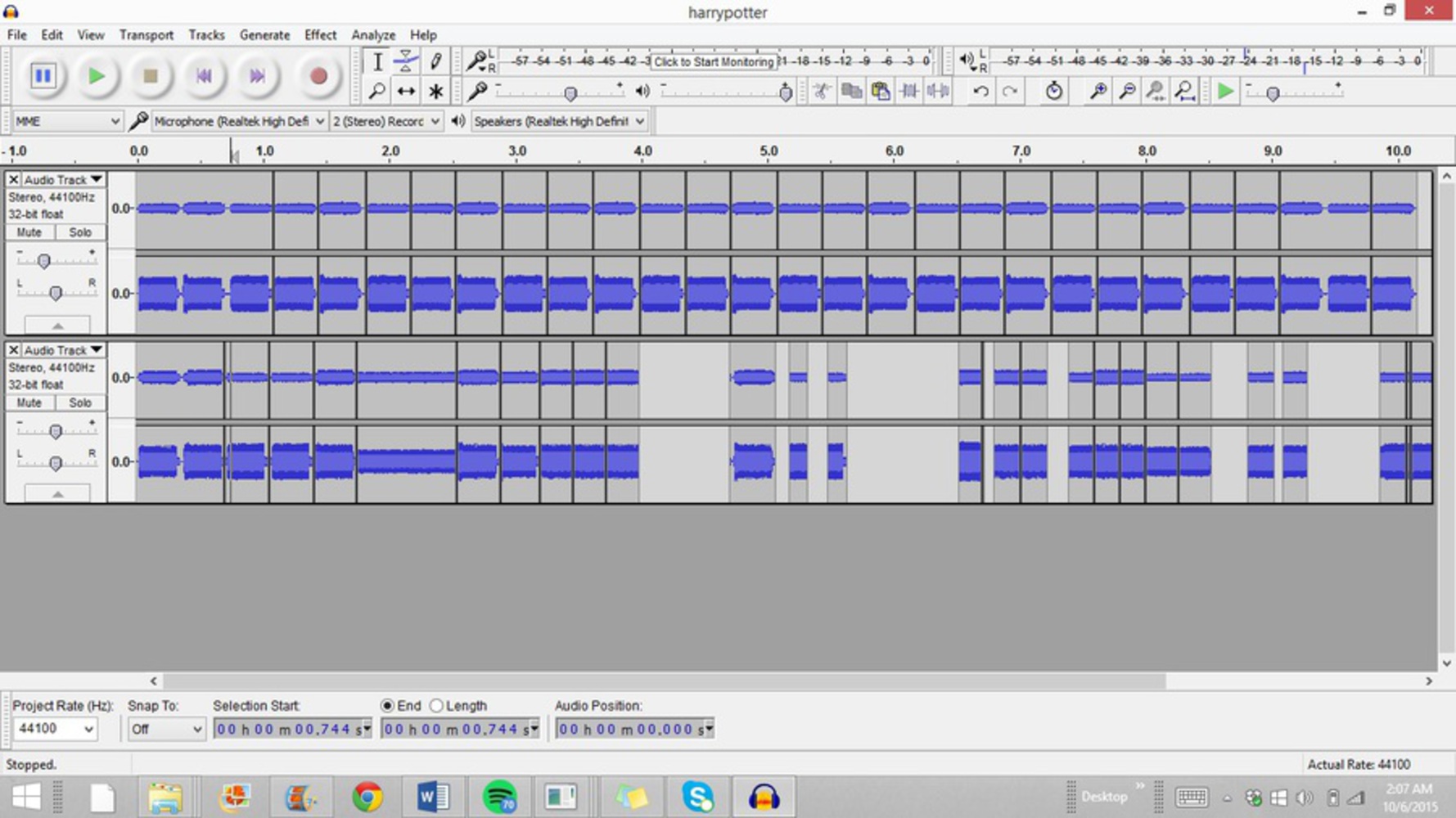 I made a melody on top of the base 4 0 7 tones, but also let it be a little chaotic and unharmonious. That was the experience I got most from the video at the Miller. The tones gave an appropriate harsh and raw tone, so I did not change them except to put them back to back to make some tones sound longer. It gave it authenticity and exemplified that the artists were doing this live. You can hear the change of phone numbers best from the first to second person.

It's very difficult to portray experience. Imitating the art itself provided structure and a more literal form, but experience took much introspection and trust of intuition. I would, given more than an hour, make a "theme" or song to represent each person using only those notes. That way each person has their own unique melody instead of just unique notes. My original plan was to find a way to involve the class, but that would not have been feasible under the digital constraint. I think I captured the experience well in respect to the inclusion of people, and the collision of everyday life and music. Since the people in the video had no idea they were involved, it lost a little personable quality. Other than that, the experience of watching others be involved in music passively is represented in a way that the experience is captured well.

I thought that it was interesting how phones were brought into the piece, and how you used the tones of the number buttons to represent the people passing by. I think it could have been abstracted more, and maybe brought more modern uses of cell phones into the piece. For example, now other than ringtones, the bright screen from smartphones are often distracting in a concert hall or movie theatre.

Use the experience of Dialtones (A Telesymphony) and create a similar inclusive environment in a slightly different, equally digital medium