Made by Mingquan Chen

Sensitivity of a project affects spreadability. The more sensitive a topic is, the less willing people are to comment or share.

(Since wechat does not have automatic notice when your friends change photos and I do not have many friends on twitter or reddit, I will use facebook as the platform.)

People will usually pose their own photos on their facebook, but what if I use a girl's photo as my profile photo? Since my friends know that I am not that person and I am definitely not a girl, what will they think of that picture? Moreover, what if that girl is my friend in CMU?

Those are all I want to find out.

(For that girl's privacy, I will not post her face (since we are not in relationship...) but the back. Also, I do get her permission of doing it)

Previously I thought about changing my profile photo to a cartoon showing how hard the life is here in CMU, since I wanted to put something related to myself. However, that is what I am always doing. Therefore, I wanted to post a photo that seems unrelated to me. That will make people have more guesses since people know there must be some relations between the girl in the photo and me.

However, I had a difficulty -- no one is willing to comment since facebook is too much public! The first girl who commented under the photo deleted the comments when I was sleeping even though what she commented were just emoji and a question asking who is the girl. Ahh. Also, my floormates showed intention to know who is that girl, but when I said if you have any questions please comment under the profile photo. I will answer. But, no one did. My roommate kept asking who is that girl, is she your girlfriend, but when I said "just comment under the profile photo, I will answer your question", he said "No, I won't."

Therefore, I commented under my profile photo, saying "If you have any questions, just comment here. I will try my best to answer them :)" Luckily, some people responded to me. 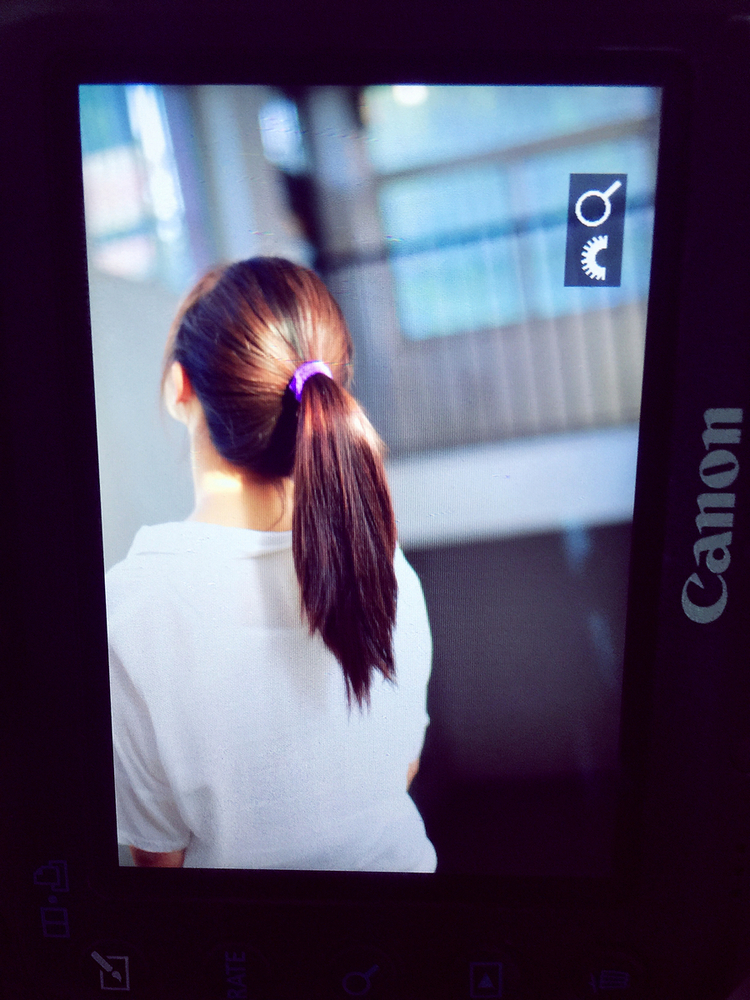 This is an interesting photo I borrowed from my friend. I didn't do anything addition to it, because I think the photo itself is a nice art work. It only shows the girl's back, so people cannot know who the girl is (more imagination space). If people look into details, they will find out that this photo is carefully taken by a camera (large aperture since the background is blurred). Then it is not only a simple picture. It is a picture taken at certain situations. All in all, people can think about this photo from many different perspectives, which is what I want. 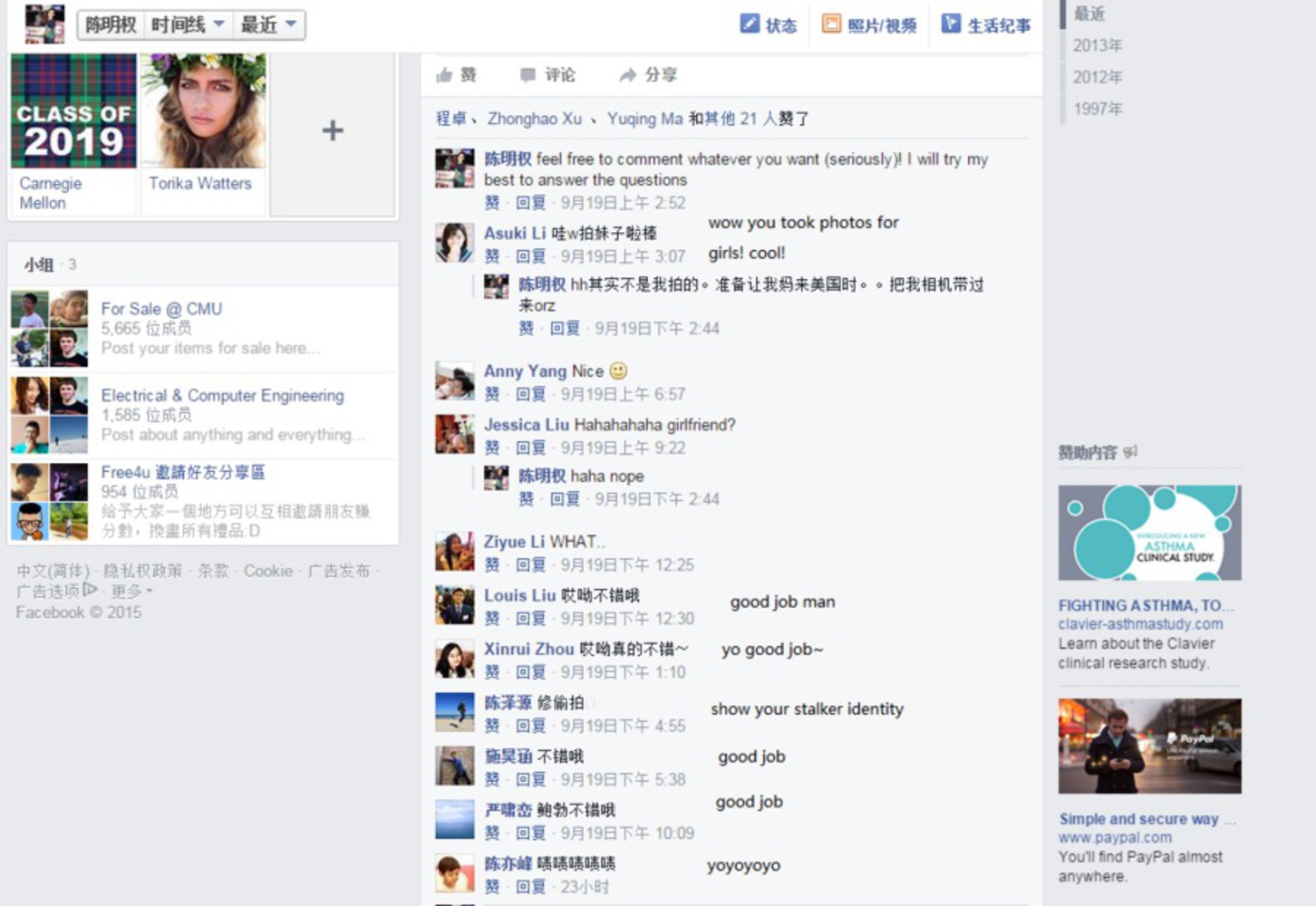 1. Most people who commented are my high school friends.

2. "Good job" is an implicit way of teasing that "wow you have a girlfriend." That is what most people did.

4. Only one people noticed that this is a photography artwork.

5. First few comments vary a lot. But the later ones are actually the same. 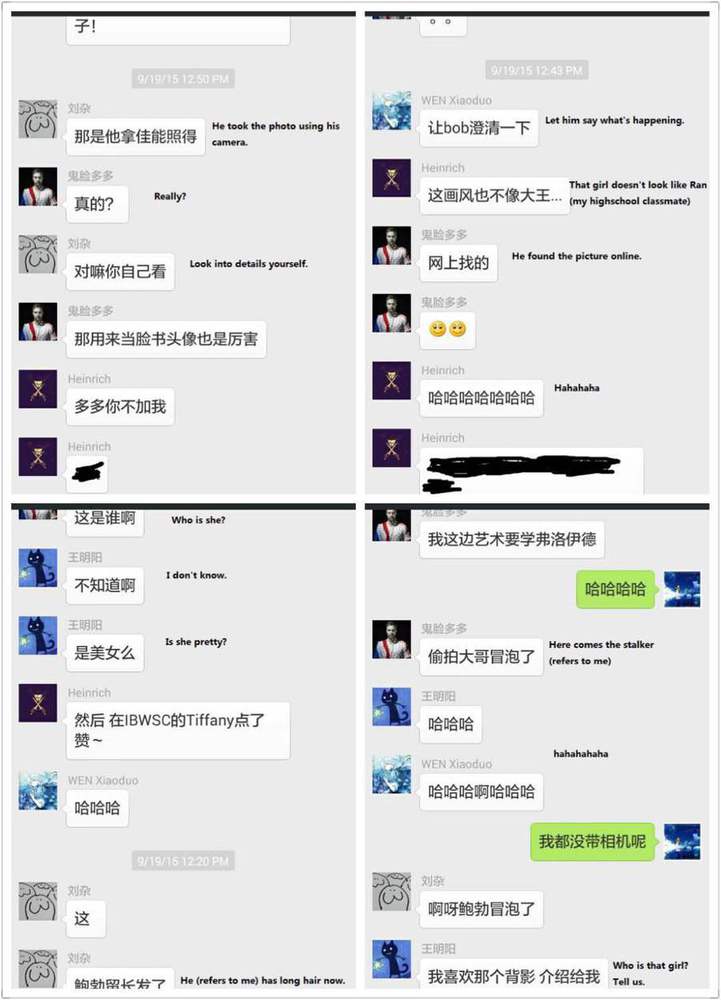 1. They have several guesses using all their imagination

2. They looked the photo again and again. (Someone found that it was taken by camera finally)

I expected many jokes since that is the common sense people have. They don't want to use a direct to show their opinions, but to make fun of you to see how you respond. Also, people will be really curious about who is that girl and what is the relationship between me and her.

What I did not expect:

1. Someone thinks I take this photo for a girl as a photographer.

2. Only one people asked if she is my girlfriend.

1. People are really curious about male and female relationship (especially someone they know). When I changed my profile photo to myself again, no one commented anymore.

3. People tend to follow others' opinions online because they don't think too much or they just follow.

4. People who are close to me will say more and be more curious than people who don't know me well.

5. Personal experiences shape their thoughts. (The girl who thinks I took that photo is a model.)

Those can be generalized into several other rules of social media:

People do not want to be judged by others. However, facebook is really public, so people use general messages or just like but not comment. Also, people usually follow others so that not only them will be judged. A photo has many likes will have more likes. Personal relationship is a sensitive topic that more judges may happen, so people hide themselves.

I will make my later media related to people themselves and seemed not very sensitive so that people will be willing to comment and share, which means the media is spreadable. The issue is sensitive stuff will attract people's attention, but lower their willingness to react.

I think this is a really interesting concept! I know that if I saw a male post a female's profile picture, I would think they must be in a relationship or be very close. Also, just having the back of her is an interesting idea too since it might make the viewer question even further why you are posting this girl as your new profile picture. I hope that you get a strong response and people question this via comments.

Sensitivity of a project affects spreadability. The more sensitive a topic is, the less willing people are to comment or share.